Anand took on the leader Ian Nepomniachtchi with the black pieces in the eighth round. It was a reasonably sarcastic game -- the players traded their queens quite quickly, only to see Nepomniachtchi's king march up the board in the middlegame! Watch and enjoy the game with analysis by Viswanatahan Anand and Ian Nepomniachtchi!

Ian Nepomniachtchi was the leader going into the eighth round. He had the white pieces against the five-time world champion from India Viswanathan Anand. Of course, this was the center-court attraction. The game began with a strange English Opening that looked more like a French defence with reversed colours. Nepo made a typical French break in the center with f3... 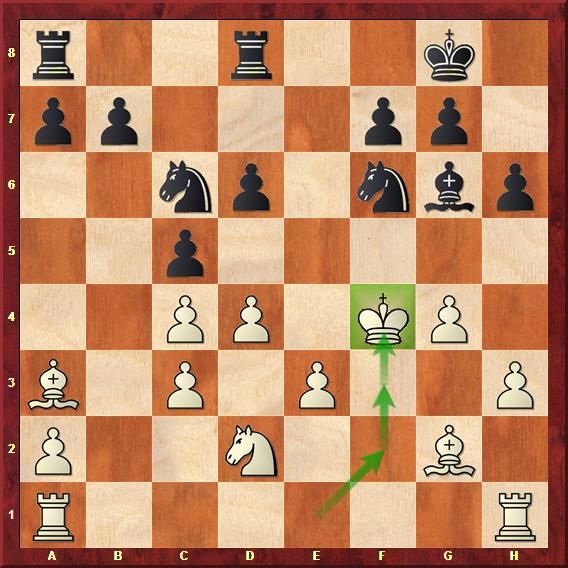 ...but the real fun was the sight of Nepo walking his king up the board! 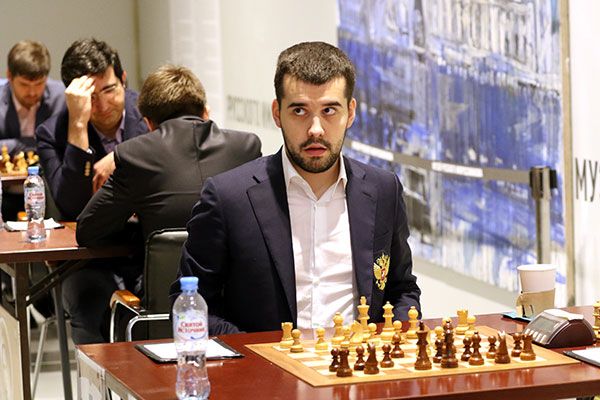 The middle game was queenless alright but Nepo made his King count! 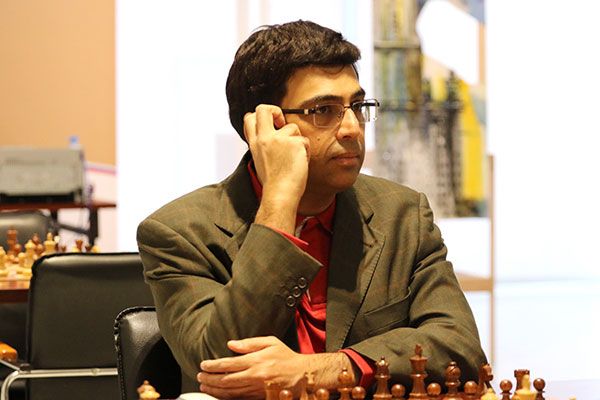 And Anand very much tried to make inroads into the leader's position on the board. 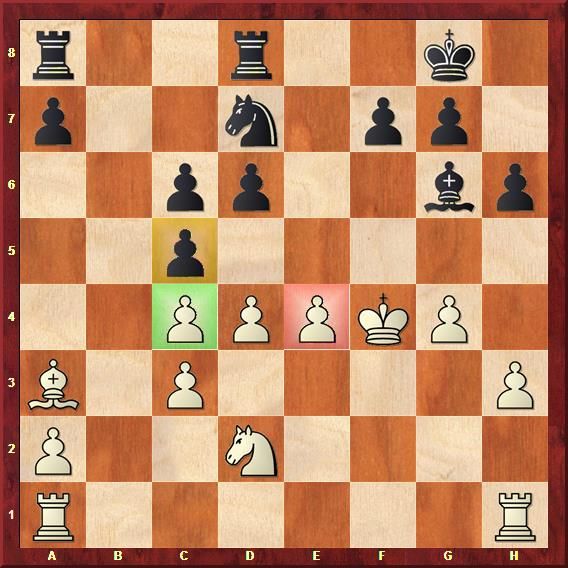 Anand commented, "It was very hard for me to tell whether I was better or I was worse -- there are arguments for both sides. On one hand, his structure is very loose and his King is out there.  I have his weakness on c4 to attack, but he has something on c5. It was very difficult to evaluate."

It was an entertaining draw and well worth enjoying. Watch Vishy and Nepo discuss all the variations and subtleties in this video.

Nepomniachtchi heads into the final round with 5.5/8, a comfortable half-point lead over the second placed Anish Giri. The trio of Aronian, Kramnik, and Anand follow with 4.5/8. Anand faces Levon Aronian in the final round. he has the white pieces.

Nepo now has to hold his stead against the bottom-placed Boris Gelfand, who would not mind to finish with a win. And Giri will be taking on Li Chao. Nepo may end up winning the event comfortably, but stranger things have happened in the chess world.