Over the years, India has witnessed a general increase in the standard of tournaments organized in the Open circuit. To give companionship to the bunch of norm events in the calendar are tournaments like the National Challengers Championship, the 2015 edition of which was widely accepted as one of the best organized. The 4th Keshabananda Memorial though is in a league of its own. IM Swapnil Dhopade of Maharashtra won this year’s fourth edition, his second straight tournament victory after winning the National Challengers barely a fortnight ago.

The 4th Keshabananda Memorial Tournament was held from 11th September, 2015 to 17th September, 2015 at Hotel Empires, the venue and host for all the participating players in Bhubaneshwar, Orissa. The time control was 90 minutes per player with 30 seconds increment per move from the start of the game.

There were twenty prizes in this 7-day Open tournament with numerous category prizes across rating categories. The top-heavy prize structure – first prize of Rs. 150,000 followed by Rs. 100,000 for second place and Rs. 50,000 for third place – ensured that many a talented and experienced players turned up. This also meant that the tournament offered opportunities galore for young hopefuls to make their mark. To sum up: a perfect battleground for a ten-round chess bonanza. 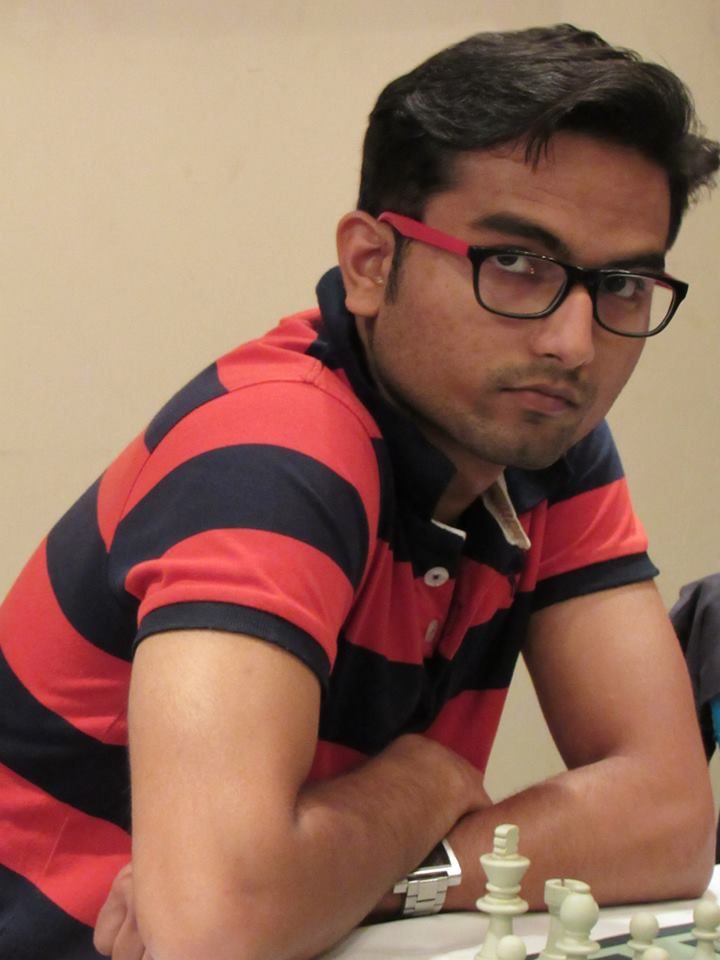 IM Dhopade, as you can see, flexed his muscles admirably to win the tournament with 8.5/10

IM Swapnil Dhopade (2483) of Railways started the tournament riding high on his recent success at the National Challengers Championship 2015 and, as if he were in a zone of his own, the 1990 born International Master waltzed through the tournament to win his second straight title, by a full point’s margin. The GM- elect is now only three points shy of becoming a Grandmaster. 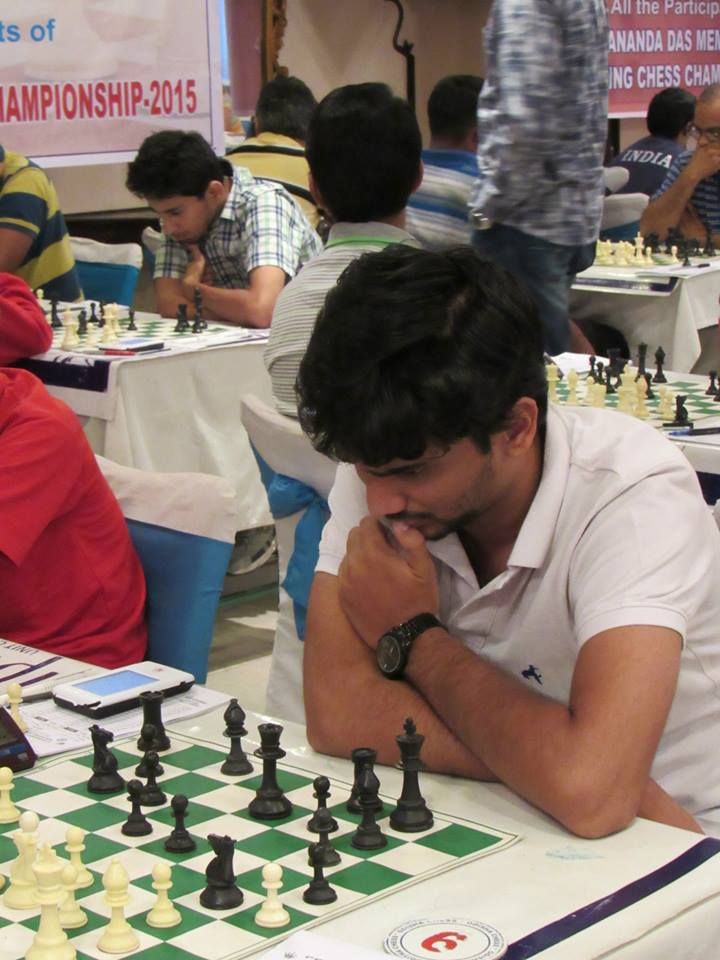 With five wins and five draws, IM S. Nitin of Railways displayed a rock-solid approach with respect to his results. It worked just right for him this time as he was cruising at the top-boards throughout the tournament. 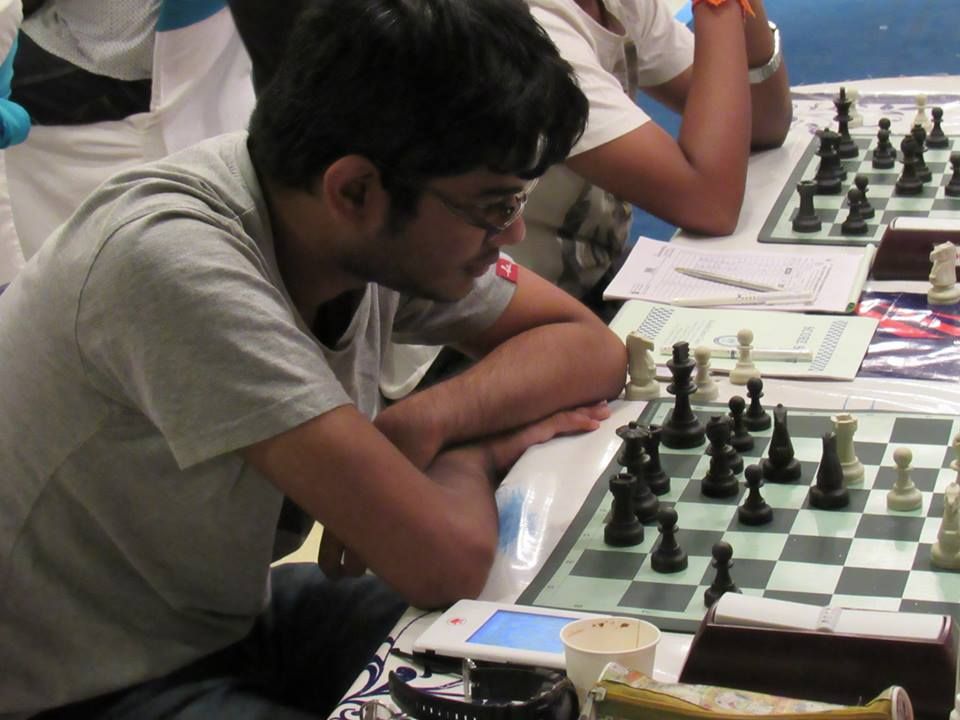 Defending champion IM N. Srinath (2467) of Air India had a sub optimal start to the tournament: he almost lost the first round, was held to a draw in the second, and suffered an opening debacle in the fourth. However, he picked up steam in the middle of the tournament to finish third on tiebreak with 7.5/10. 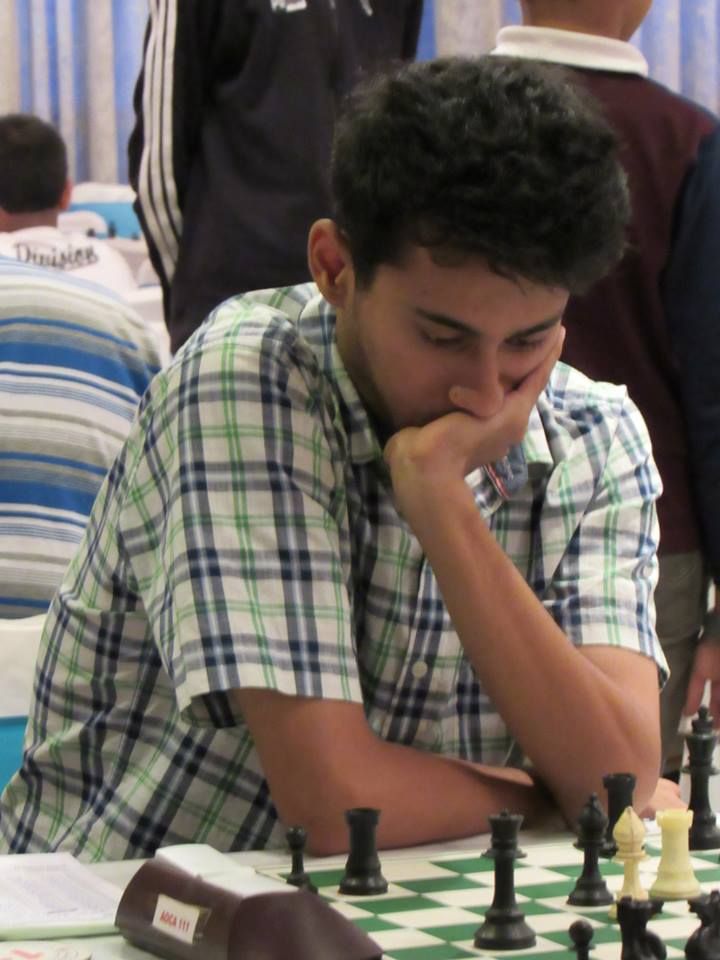 Himal Gusain (2335) displayed phoenix like abilities in this tournament to finish fourth with 7.5/10

Himal Gusain of Chandigarh started the tournament like a city hit by a tornado – in shambles. He almost lost the very first round, stuttering to a draw, and then lost two consecutive games in the third and fourth rounds to remain stranded at 1.5/4. In an exemplary display of grit and merit, he rallied with six consecutive victories to finish tied for second place, finishing fourth on tiebreak. 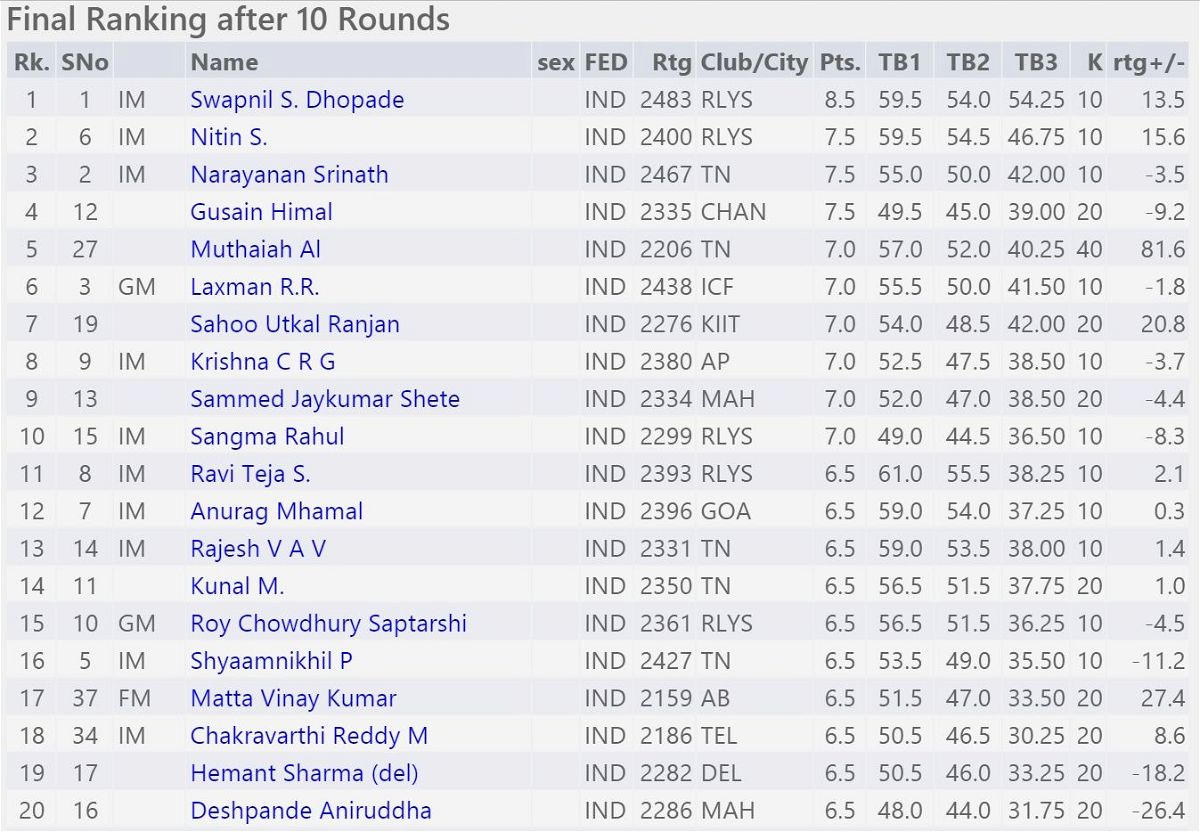 Final Standings of all players 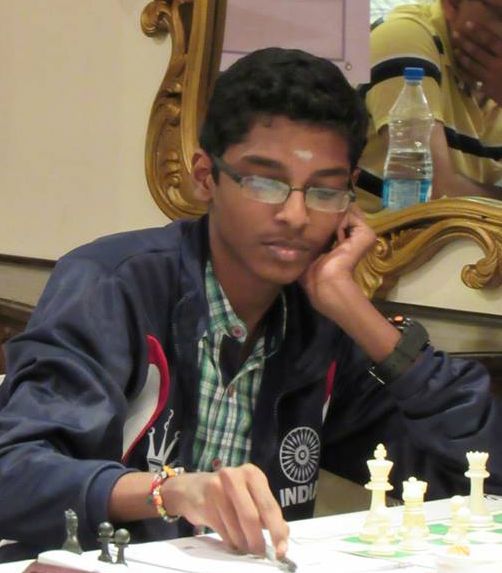 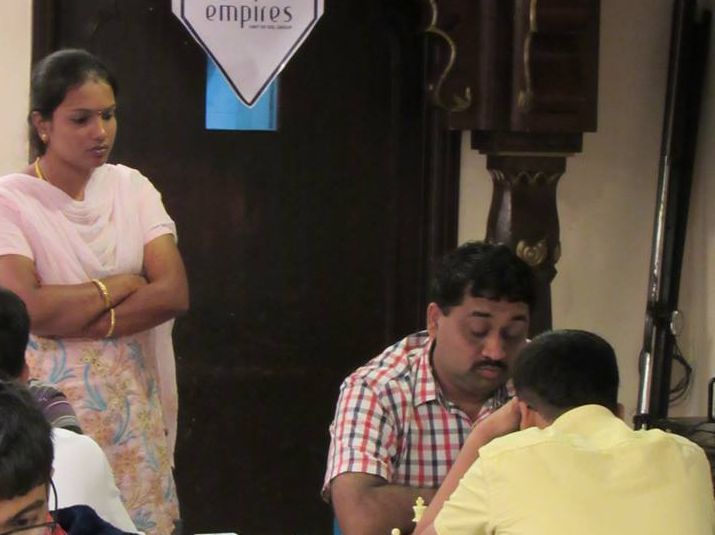 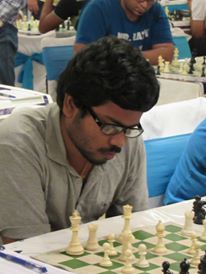 Local lad Utkal Ranjan Sahoo (2276) had a steady performance to finish seventh with 7.0/10

Some choice tactics (solutions at the end of the article): 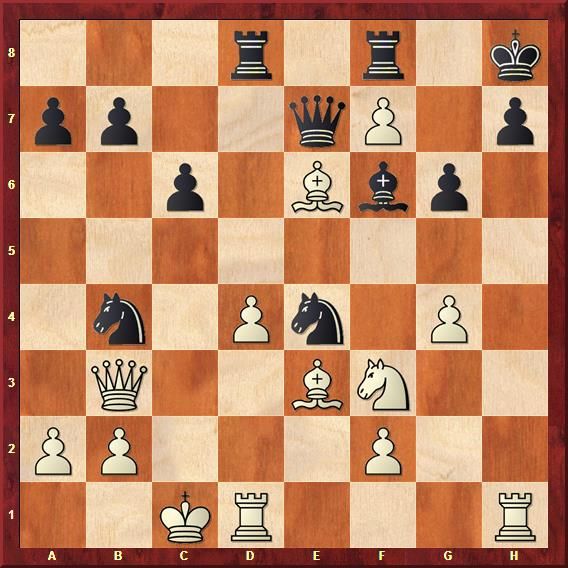 White moved as naturally as a baby’s smile… 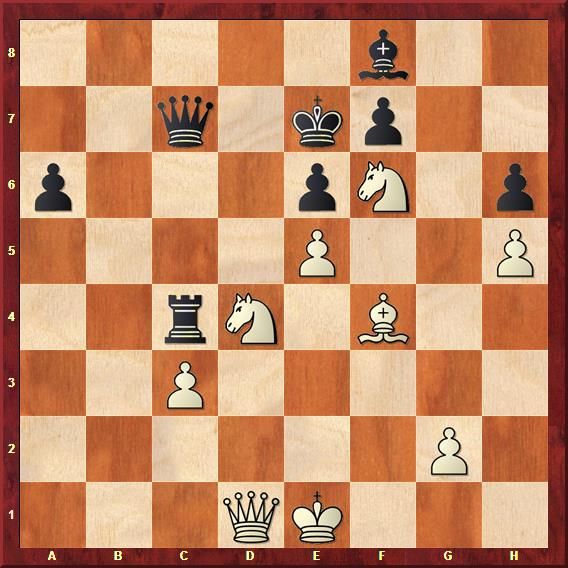 White forced an immediate resignation with… 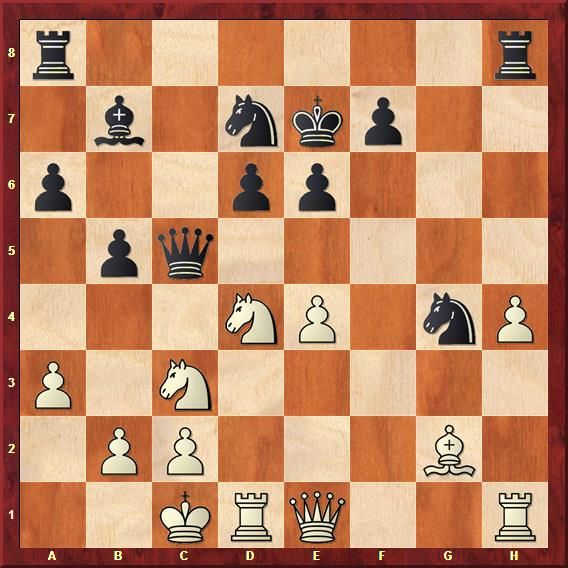 White to play. How will you proceed? 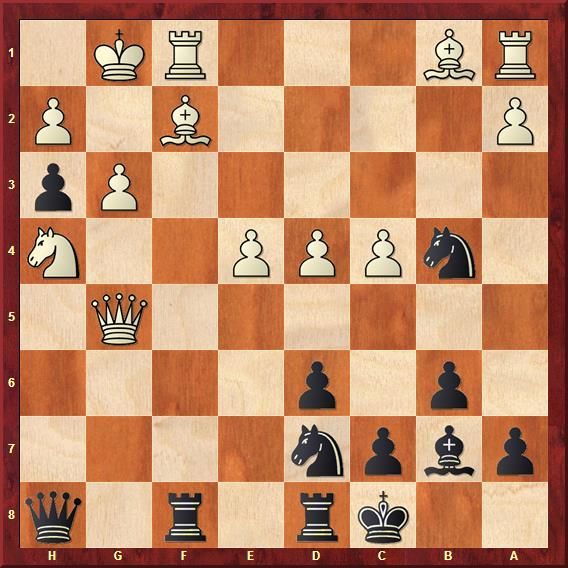 Black made good use of the long diagonal. How did he proceed? 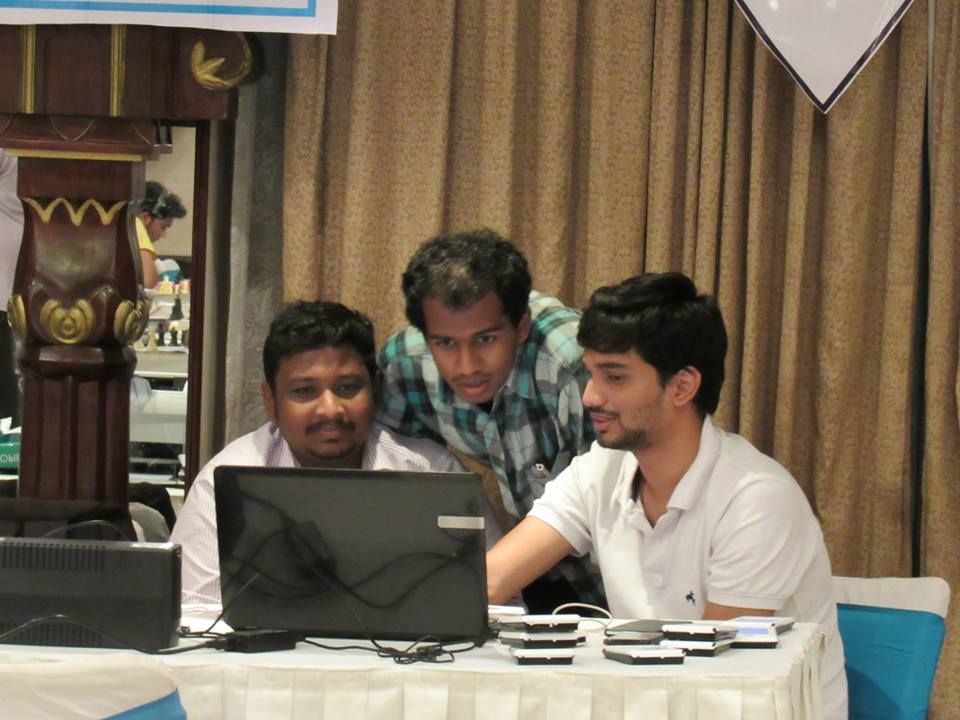 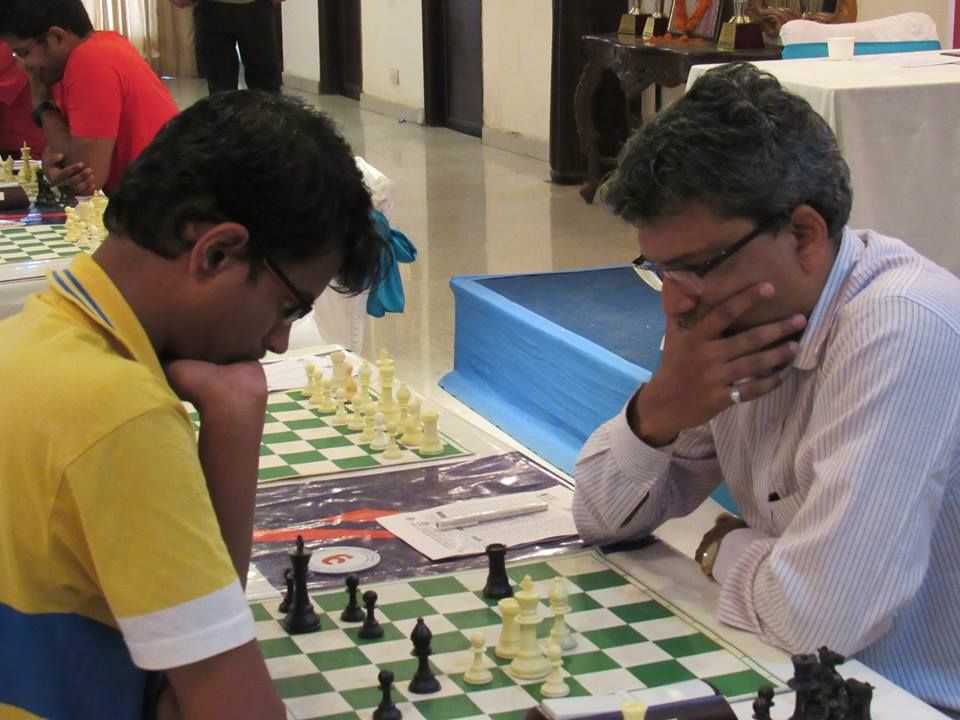 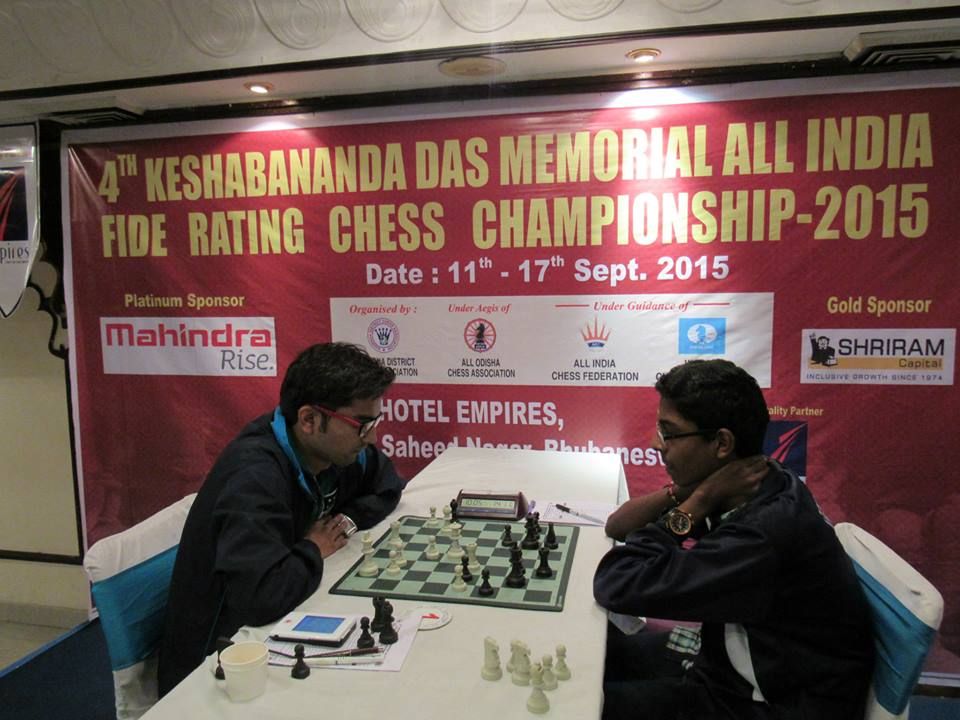 The penultimate round game at the top board

Into its fourth edition, this tournament has been widely billed as one of the most hospitable events in the Indian chess calendar. Orissa chess is surely setting up an example in holding quality tournaments for the benefit of the players. Top-notch organization coupled with excellent playing conditions and three star hotel accommodations for players of all rating levels has made this tournament a darling among the chess players, with many slowly becoming patrons of tournaments held in Orissa. 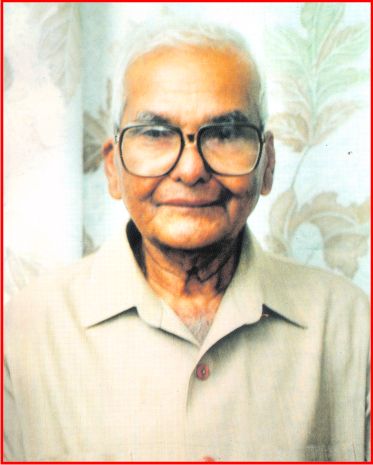 The now traditional tournament is being held in the memory of Late Mr. Keshabananda Das who is widely respected in the Orissa chess community as being a visionary with exceptional organizing skills, bringing a host of tournaments of national importance to the state.

The former vice-president of Orissa State Chess Association (OSCA) had invited Soviet chess coach GM Yuri Averbakh to Orissa in 1974, to popularize chess in the state. He was the first author to write a book on chess in Oriya language in 1982 for the benefit of Orissa’s chess players and chess lovers. In his untiring efforts to serve the chess community, he had spawned many chess players & chess organizers to promote chess in his state. Surely, the spirit of this man lives on in the Orissa chess fraternity.

As many players jokingly commented, they have never been used to dealing with benevolent Indian organizers. The team consisting of Mr. Subhasis Patnaik, Mr. GC Mohapatra, IA S.C. Sahoo and others certainly deserve kudos for making the visiting chess players feel special and pampered – continuing on the rich legacy Mr. Keshabananda Das left behind for Orissa chess. 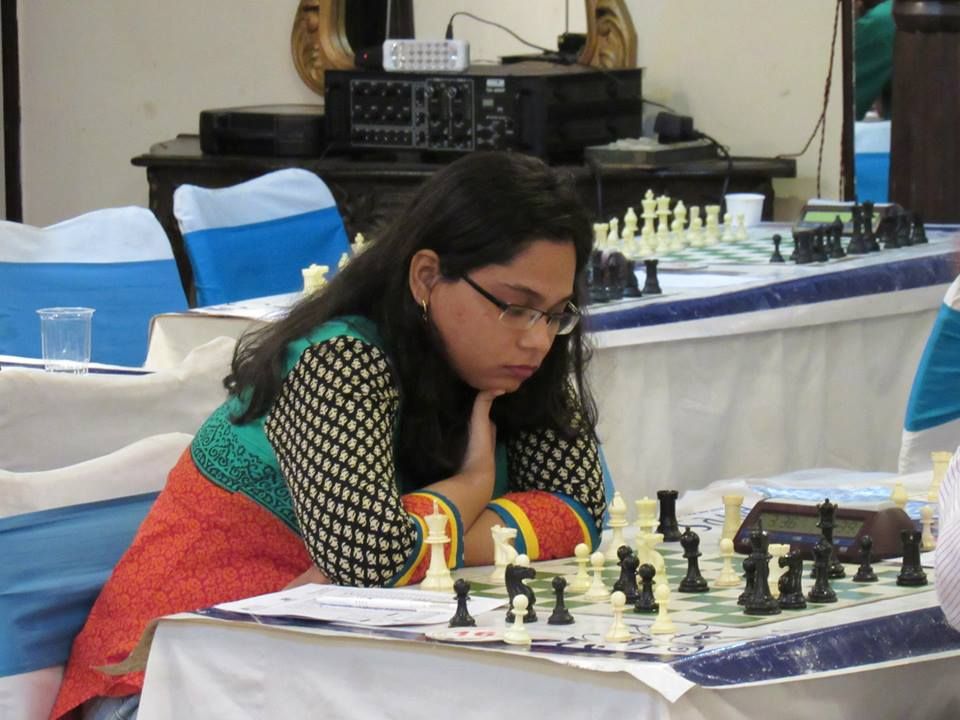 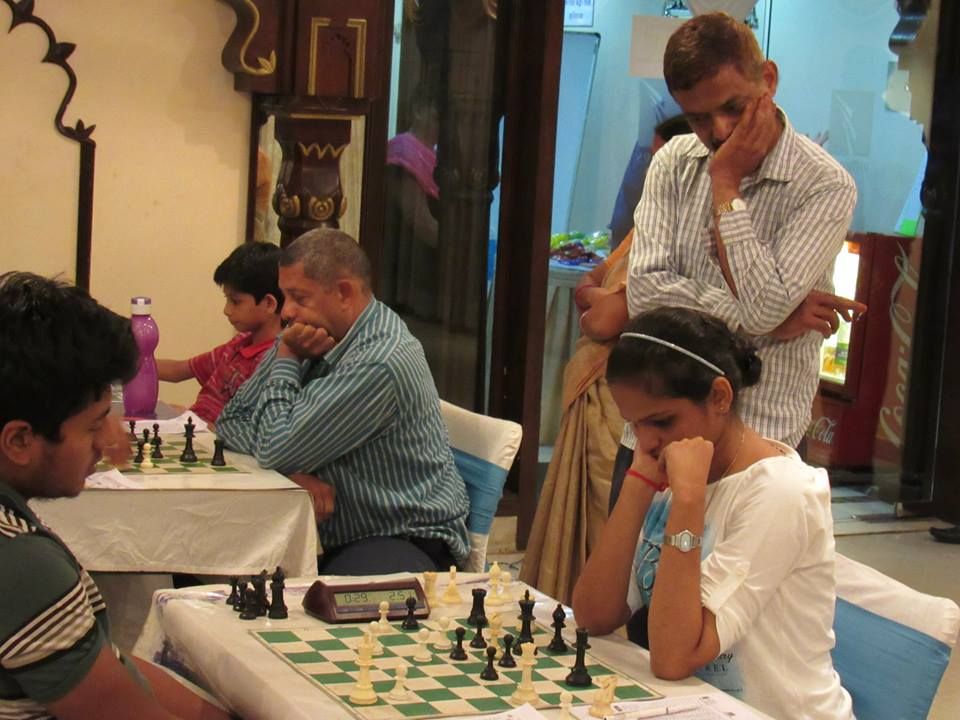 All in the family! IM P. Mithrakanth watching his daughter Poojakanth M.’s game 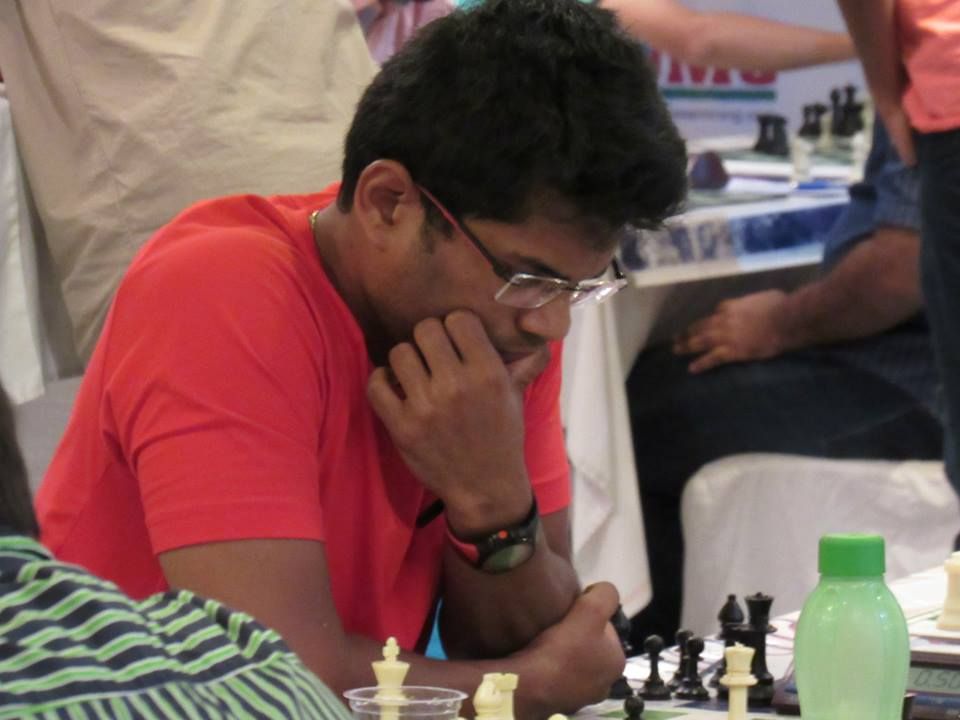 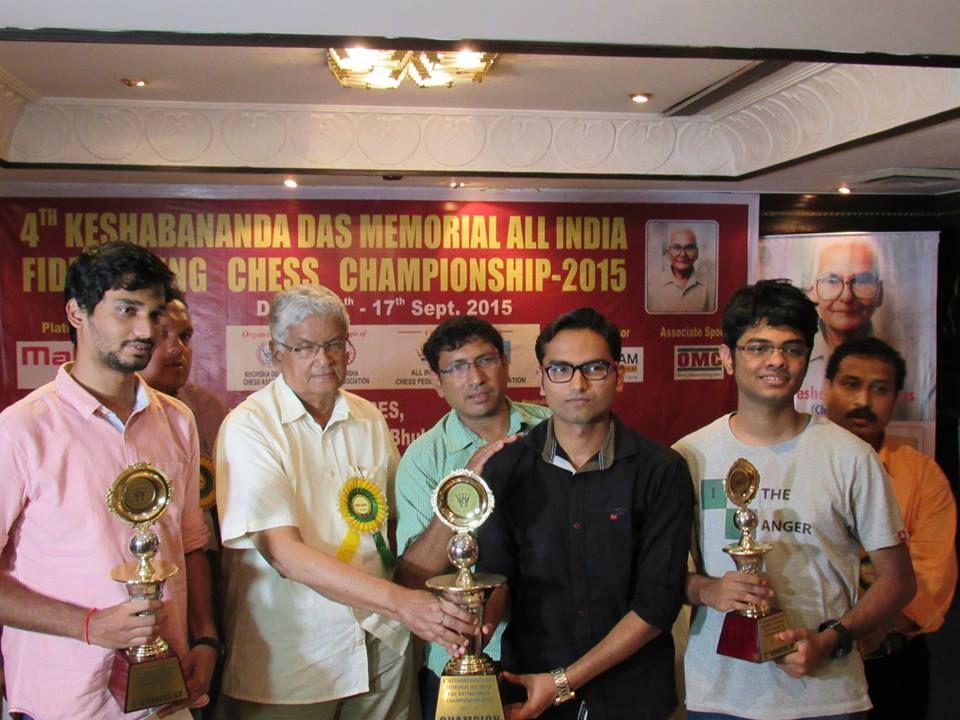 The winners with dignitaries

Solutions to the tactics:

All pictures by Sa Kannan