In recent advertisements on Star Plus, top Indian cricketers are shown wearing jerseys with the name of their mothers imprinted on the back. Dhoni, Kohli and Rahane tell why their mother are so special and dear to them. In this article ChessBase author Niklesh Jain compiled pictures of some of the top Indian chess players with their mothers. We invite you to post a picture with your mother in the comments section, or on Facebook, Twitter and Instagram with the #ChessMom and win special prizes! Read on to know more.

Recently Star Plus has come up with three excellent advertisements. In one of them Indian cricket team captain Mahendra Singh Dhoni is seen wearing a jersey with his mother's name 'Devki' imprinted on it. A reporter seeing this asks him the reason for the same. MSD replies, "Since years I have been wearing my father's name and no one asked me the special reason for it! So why today?!" 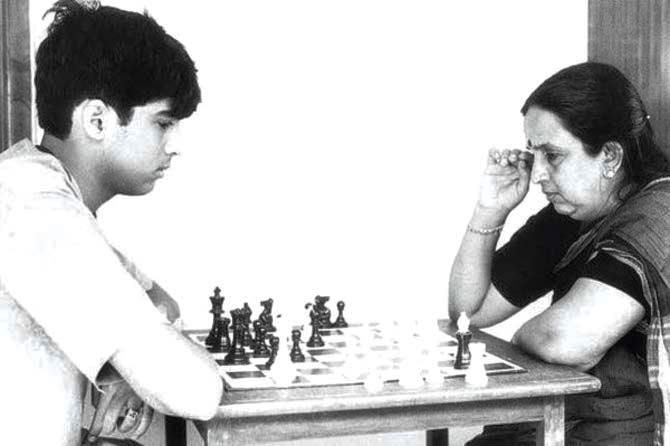 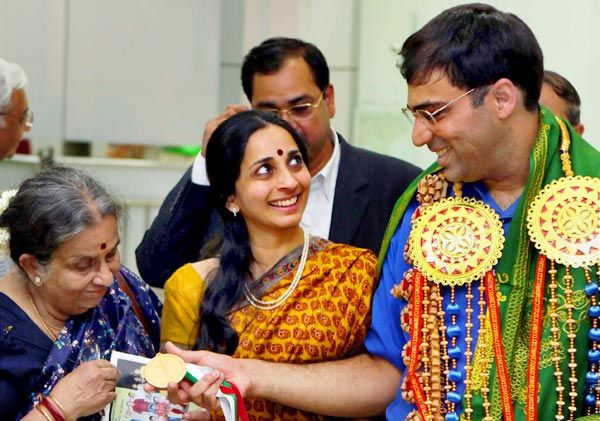 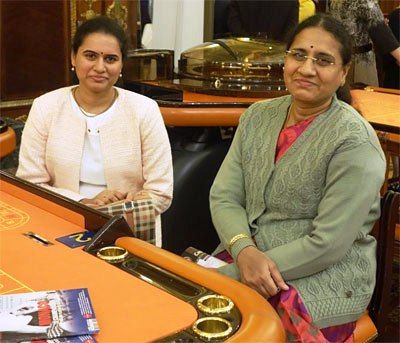 The amount of sacrifices made by Humpy's father Ashok are well known. The same amount were made by her mother Latha Ashok. 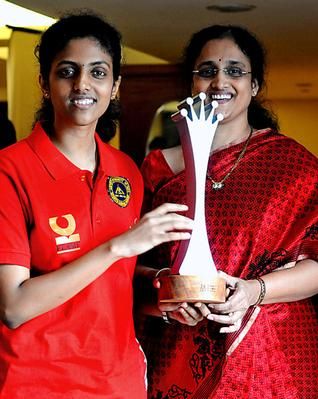 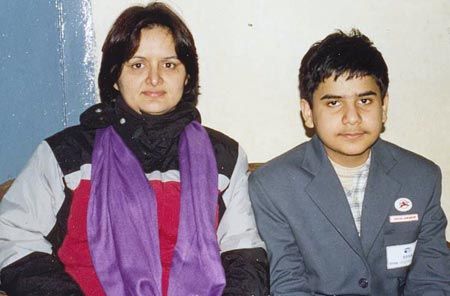 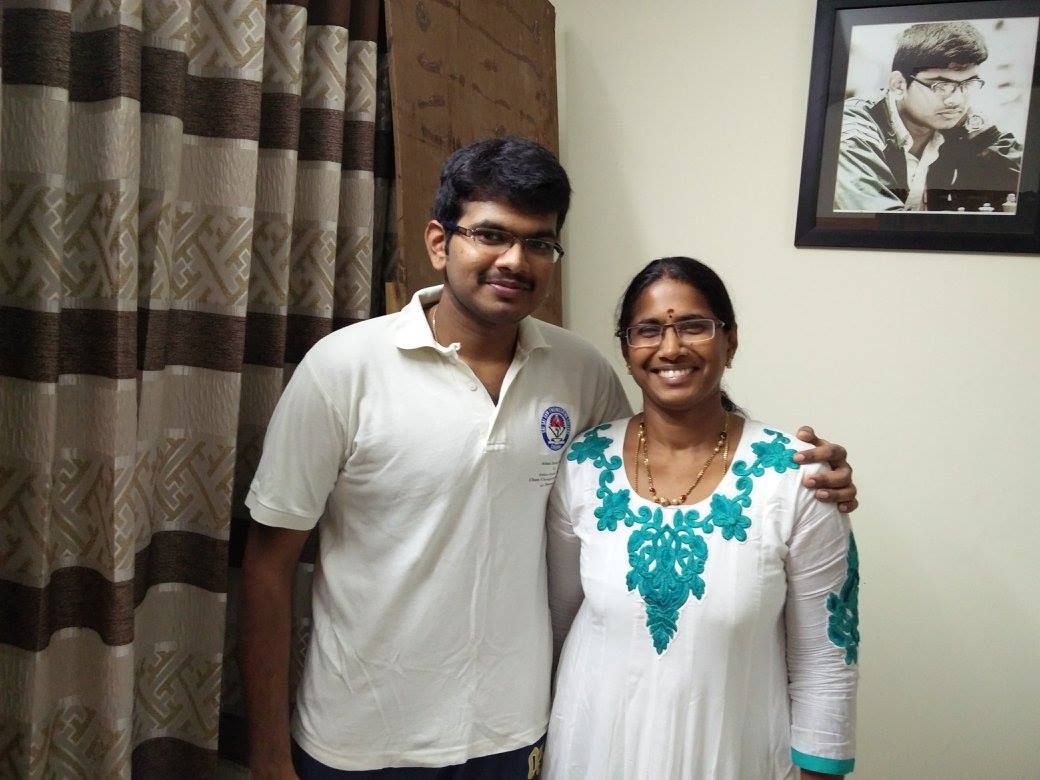 Lalith Babu with his mother Padma. While Lalith's talent was apparent from early years, the family lacked funds. Lalith's mother, however, was extremely determined that his son should succeed and today she can be proud of the fact that her little boy is now almost a 2600 GM. 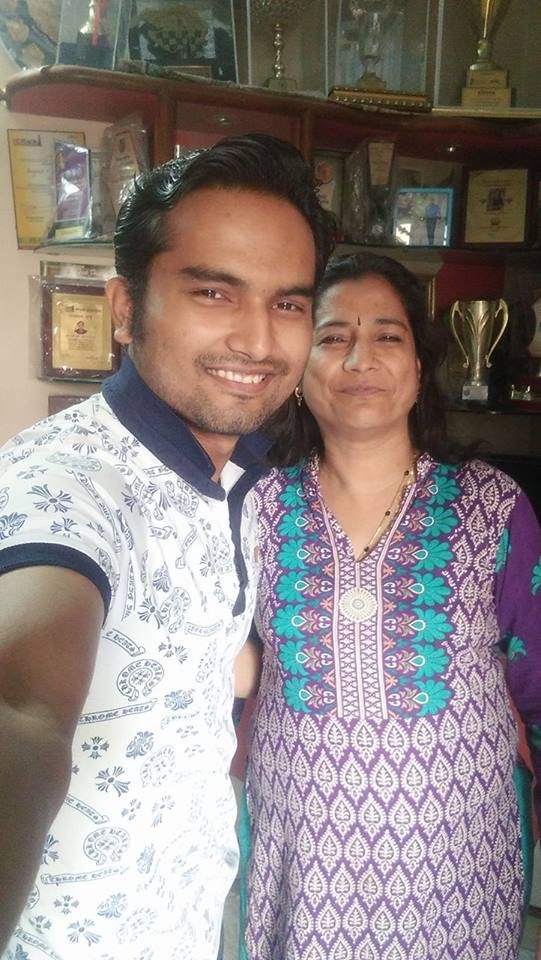 Swapnil is busy winning one tournament after another and his mother provides him with the much needed motivation. Although her son is now 26 years old, Hema Dhopade keeps a track of his every move. When we contacted Swapnil, he immediately took a selfie with his mother while she was cooking food and sent it to us! 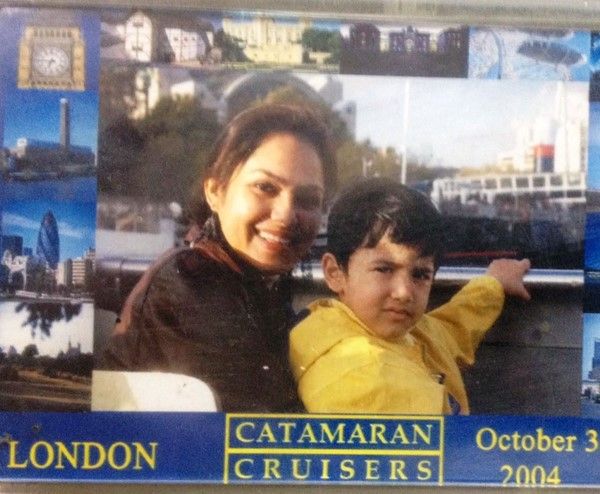 World's youngest grandmaster as on today Aryan Chopra with his mother Mamta. The photo was taken back in 2004 when Aryan was just three years old! 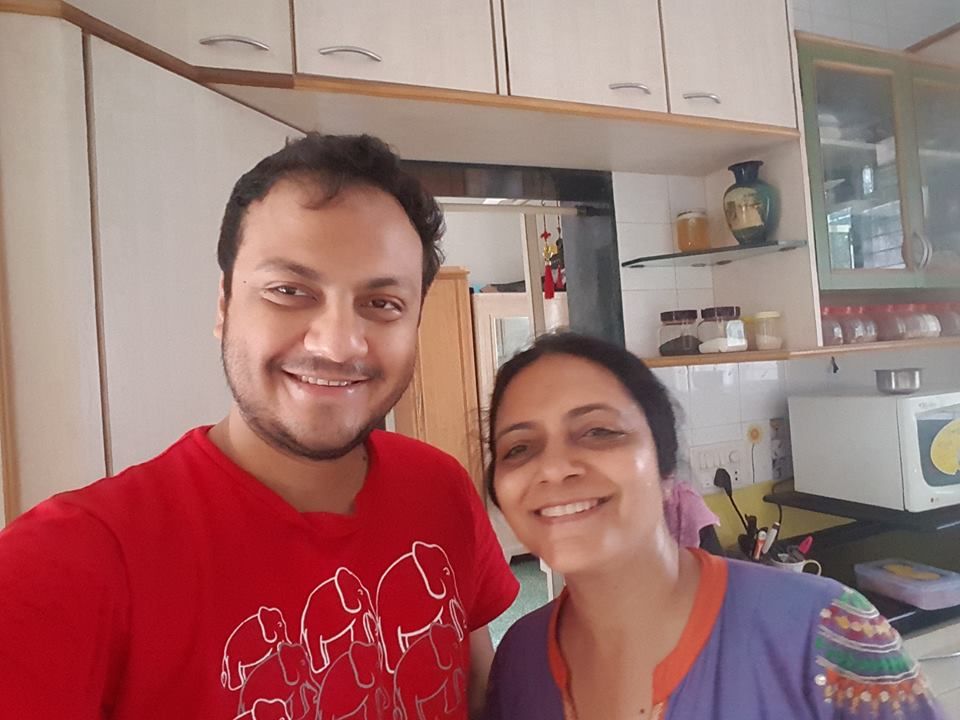 The co-founder of ChessBase India and my good friend Sagar Shah with his mother Jayshree Shah. I asked Sagar to send me a photo with his mother and he went outside his room, took a selfie and sent it to me! Sagar's mother is an excellent cook and the good food that she cooks is one of the reason behind his success! 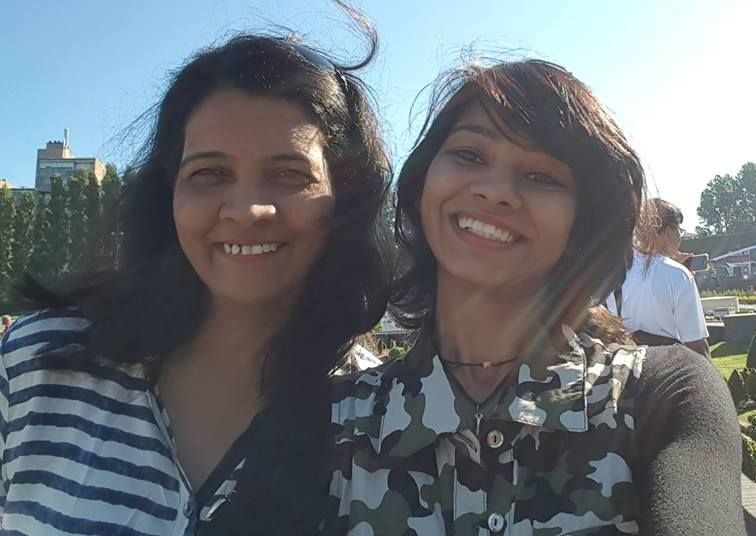 One of India's best chess photographers and WIM elect Amruta Mokal with her mother Prachi. In early-2000 Amruta and Prathamesh Mokal were the strongest siblings in Indian chess, and the credit must go to their parents, especially Prachi Mokal for their achievements. 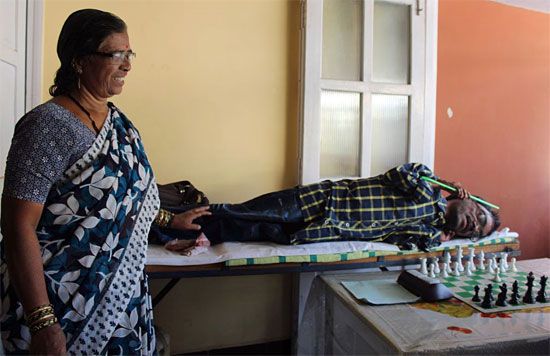 Shailesh Nerlikar's fighting spirit is exemplary. He cannot walk or sit. But his mother Sarla makes sure that the passion his son has for the game continues. 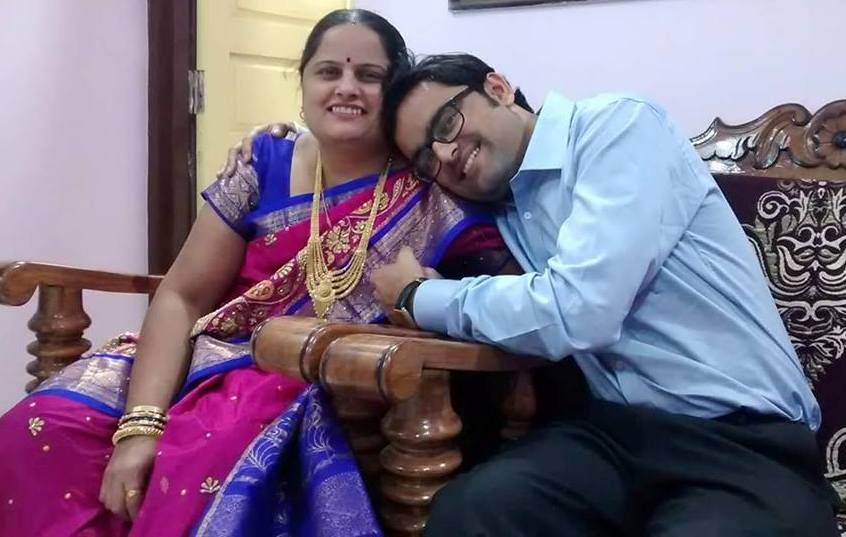 My friend and ChessBase author Atul Dahale with his mother Ranjana Dahale. Atul shares his joys and sorrows with his mother during and after each and every tournament he plays and that gives him the strength to overcome his losses. 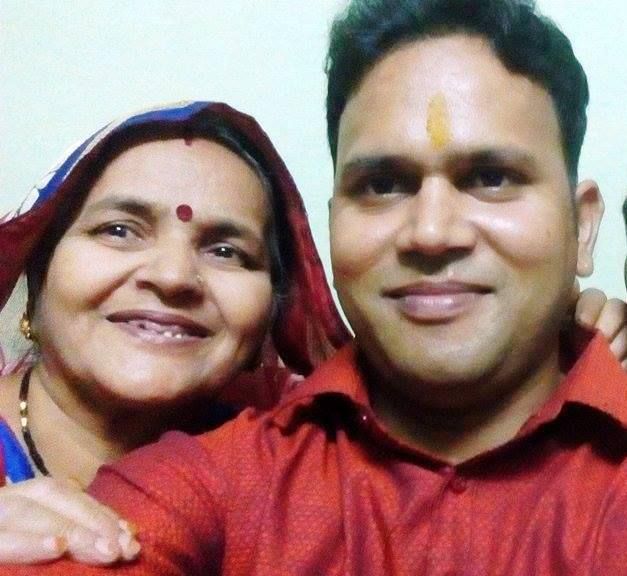 Today whatever I am, I am because of my mother's love, teachings and direction. My mother Kranti Jain has made sure to teach me all the right things in life.

Write in the post how your mother helped you to become a chess player. The best entries will be featured in our article and will have a chance to win special prizes.

You can even use the comments section below this article to post your picture and message. With disqus you can upload not only comments but also pictures.