You would like to play in Europe in December, but the cold weather is not your cup of tea. Do not worry! Sitges, Spain is the perfect place to be! The third Sunway Sitges Chess Festival 2016 will be held from the 16th to 23rd December 2016. It offers you a beautiful tournament venue, a total amount of 19,700 Euros in prizes and a pleasant atmosphere to play against strong opposition thereby scoring your IM and GM norms. An Invitation. 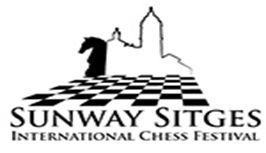 The third edition of the Sunway Sitges International chess festival 2016 will be held in beautiful town of Sitges, which is located about 35 kms southwest of Barcelona, Spain, from 16th to the 23rd of December, 2016.

The Sunway Playa Golf Hotel & Spa Sitges is the venue of this festival. As you can see the hotel is located at a seashore and it has a great sea view. It will surely be a nice place to play your tournament. 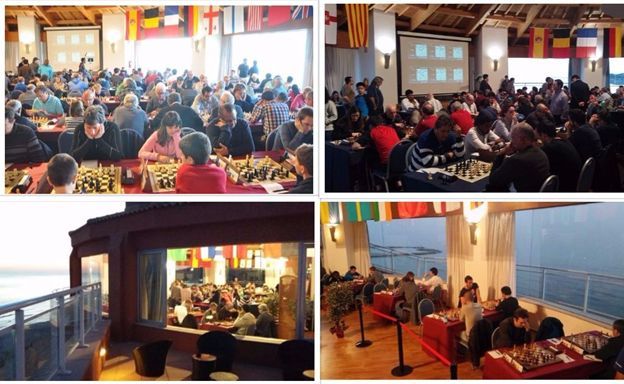 In this Festival Two competition groups will be established:

Sunway Festival’s group A has already attracted 17 grandmasters, seven International Masters and five Fide Masters from 15 different countries with an average rating of 2344. 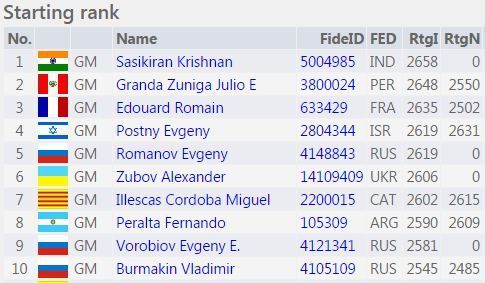 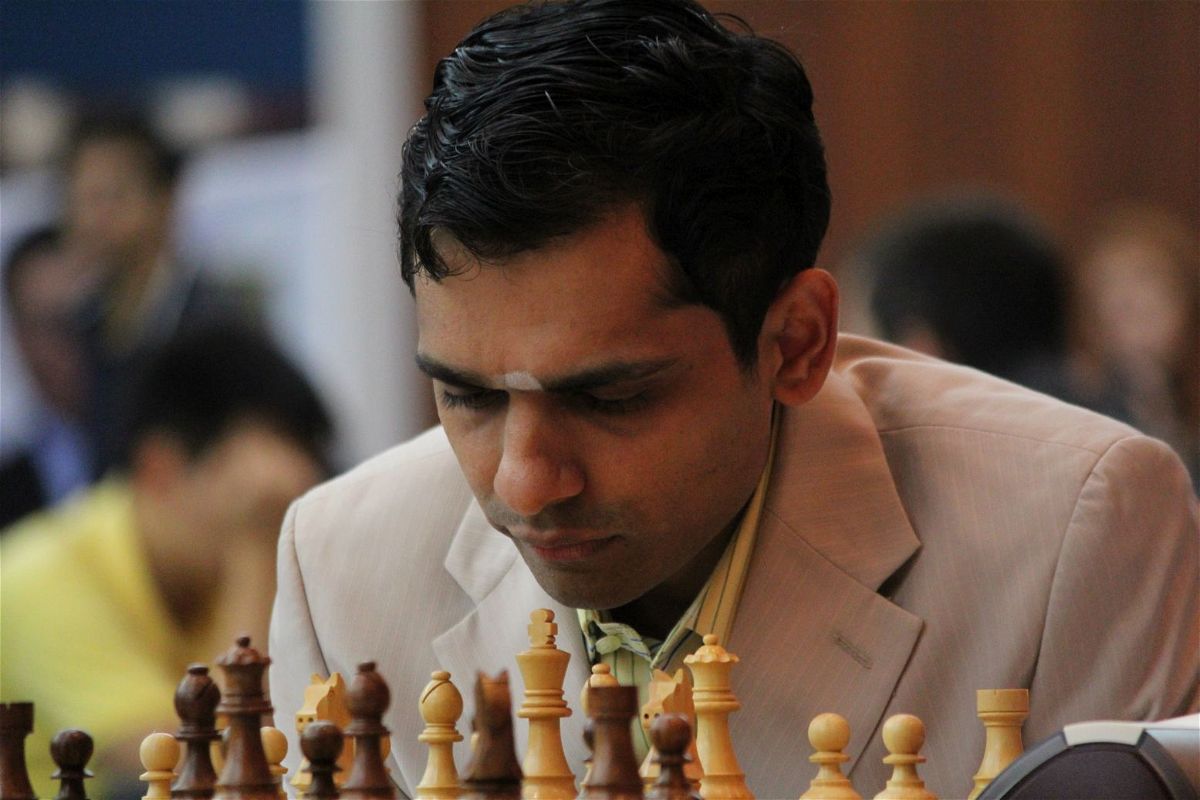 Pride of India, grandmaster Sasikiran Krishnan (2658), is the top seed of the tournament.  He has many tournament victories to his credit and he will be the man to beat in Sitges. (picture by Amruta Mokal)
The famous Peruvian GM Granda Zuniga Julio(2648) who has participated in last edition will be present this year also (picture by Alina l'Ami) 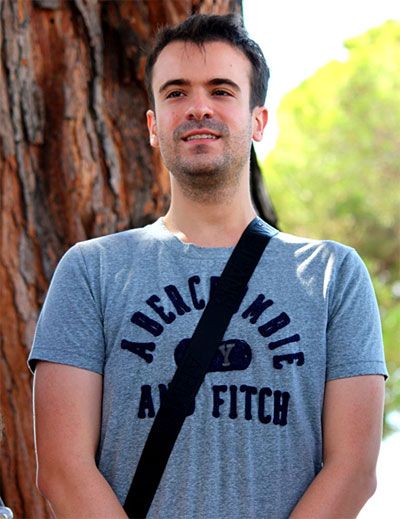 Edouard Romian the joint French national Champion [2012] will be the third seed. He has won the Al Ain classic in 2012 and the Dubai Open in 2014. (Picture by Amruta Mokal)

There are seven 2600+ players who have confirmed their participation in this festival.

– Thursday 15-12-2016:
6 p.m.: Start of the Open Tournament players registration in the Hotel Sunway Playa Golf & Spa hall. You can also confirm your application to the tournament by email up to 72 hours in advance, so showing up in the hotel is not necessary.

Along with the group A tournament there is Group B tournament which is for the players Below 2000 rated. Its prize fund is also attractive.

As you can see in the schedule there are simultaneous games arranged during the festival. The rules for these games are as follows:

Limitation of players: Games will be played up to 25 boards for each participating International Grandmaster.

Registration for simultaneous games will be open only to players staying at the official hotel (*) until 10 p.m. of the previous day, and will be confirmed by order of request until the maximum number of players is reached. If positions are still available, those players not staying at the hotel will be able to register from 10 pm of the day before the games take place, until half an hour before the start of those games, or to the limit of available boards.

Preference will be given at registration at the second session of simultaneous games to those players staying at the official hotel (*), who desired to participate in the games on the 14th, but could not do it because the limit of boards available was reached.

(*) A player will be considered to be staying at the official hotel if he or she spends a minimum of 8 nights throughout the Festival at Sunway Playa Golf Hotel & Spa Sitges.

Those players who love to play shorter time controls have a great opportunity in this festival as there are two Night Blitz tournaments. The total ten prizes will be distributed and Champion will get 100 Euros plus trophy as an award.

Organisers are really happy to give best deals if you choose to stay in official Hotel (Hotel Sunway Playa Golf & Spa, 4 stars). Moreover if you are staying in Official hotel there won’t be any registration fees for you.

The Sunway Playa Golf & Spa Hotel is home to Sunway Sitges International Chess Festival. Located on the seafront of Sitges (40 km. South of Barcelona), it is a beachfront hotel next to the golf club, in the residential area of Sitges.

The hotel has 2 swimming pools (one heated), a gym, terraces, jacuzzi, two beachfront restaurants – the only ones on the promenade of Sitges with a direct view of the Mediterranean -, convention center, parking and indoor garage, and a small supermarket for the customers. It also has a spa and a beauty center equipped with massage parlours, nsaunas and a Turkish bath with spectacular views, etc. Of course, the hotel has multiple rooms where the games will be held during the chess festival.

All apartments and rooms have air conditioning, satellite television, telephone and free Internet (ADSL + WiFi), allowing the guest to relax and feel at home during their stay in Sitges. All rooms and most apartments in the hotel have a great view of the sea and of Sitges golf club. 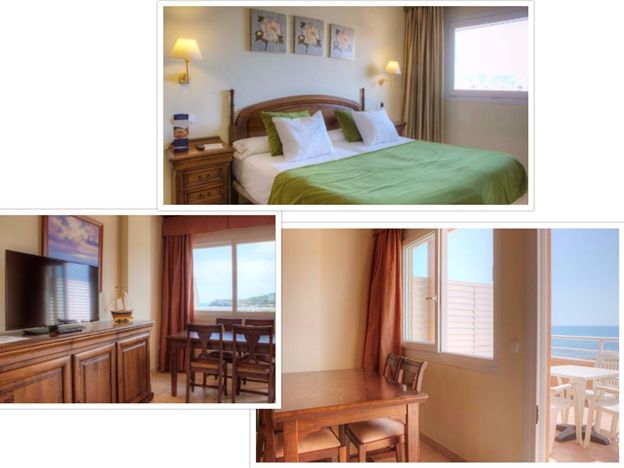 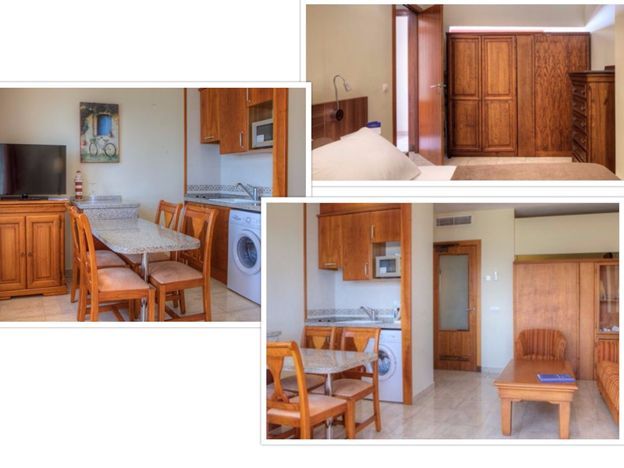 You can contact organisers for best deals and other information.

Only players with a valid federative license will be able to participate in any of the Festival’s tournaments. Players can register for tournaments through any of the following: 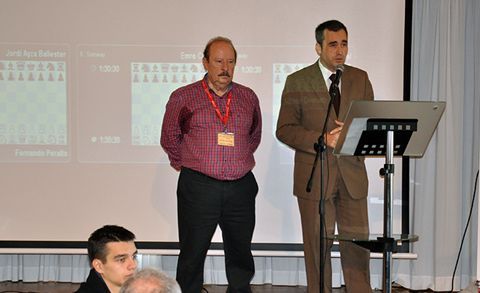 Attractions in Sitges and Barcelona

I have played in Sitges in the last week of July 2016 and I really loved this place and the people over there. The organisers were also very helpful and warm. You can find more about Sitges in my last tournament report. 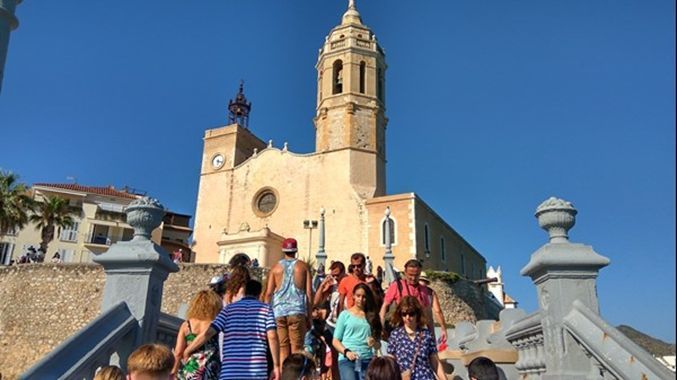 The famous parish church of Sant Bartomeu I Santa Tecla 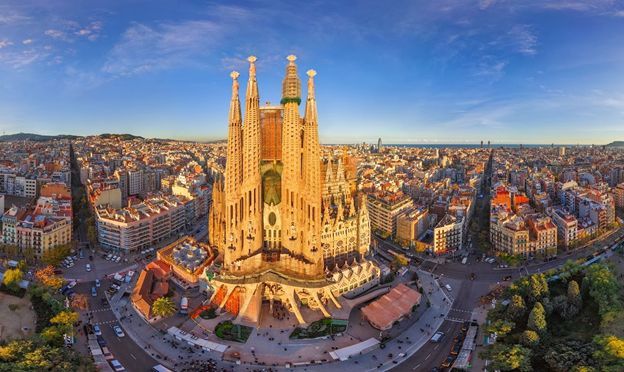 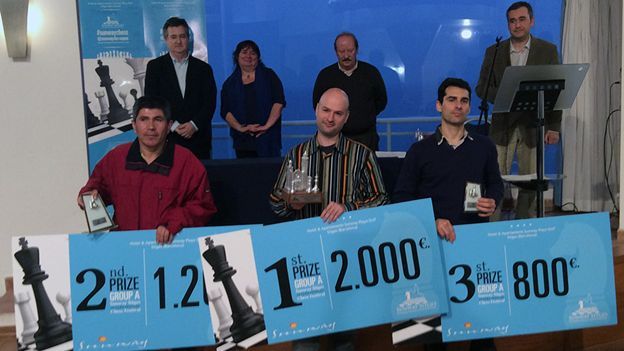 In previous edition of Sunway Sitges GM Marc Narciso Dublan was the champion, GM Granda Zuniga Julio was the runner-up and GM Fernando Peralta was third

So are you ready to join this chess festival in December. It's your chance to not only win good prizes but also play a tournament in a beautiful scenic location with the possibilities of scoring IM and GM norms. Hope to see you soon in Sitges!

If you want to club this Sunway Festival with some other tournament in Spain then there is one International open tournament in Benidorm, Alicante, Spain. 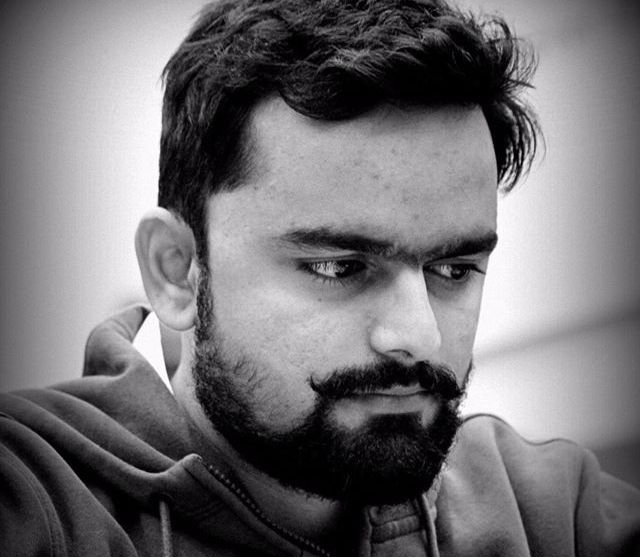 Atul Dahale is one of the first Internationally FIDE rated players from Parbhani, Maharashtra. He loves the game of chess and enjoys the fact that he can travel to different places, meet people and make new friends thanks to the game. He is a successful coach currently based in Pune, Maharashtra. You can contact him on atuldahale64@gmail.com.