A word about the tournament -- the entry was free for players rated above 1800, and the players were provided free boarding and lodging. Saravana Krishnan sent us some notes of his games from the tournament. Enjoy! 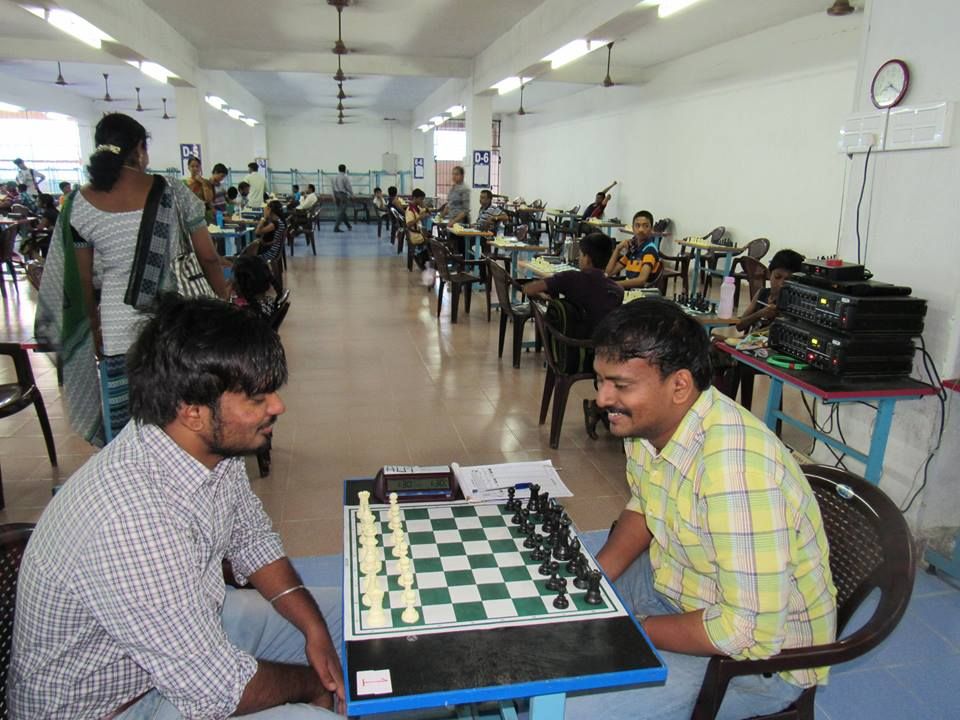 Saravana Krishnan (2313) before the start of one of his games (Photo: Sa Kannan)

I was on 4.0/4 before this round. Statistically speaking, in a rating tourney, the next few rounds from this point are where the lower rated players snatch at least half a point from you, and it's important to stay focused.

In a French Advance variation, I managed to exchange the light squared bishop and achieved equality. 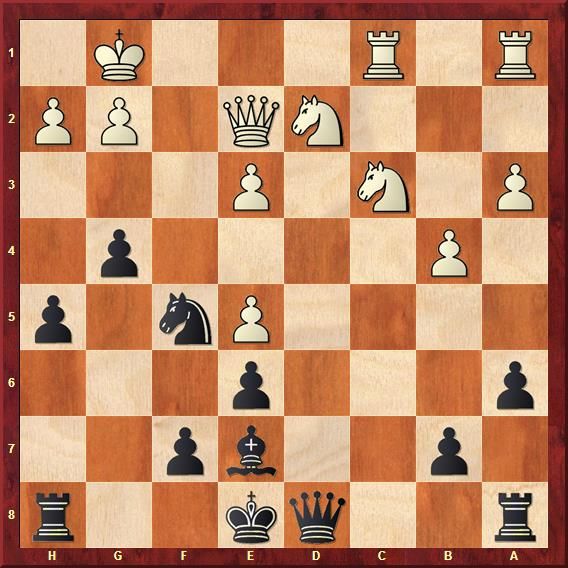 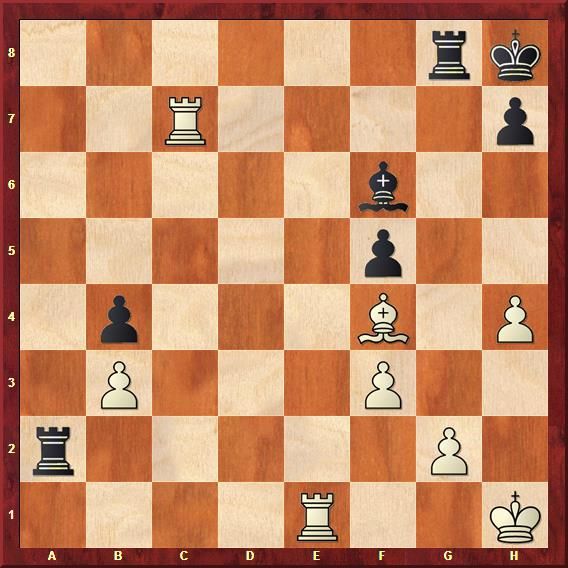 After an equal opening, I had managed to get some advantage and it was time for conversion. 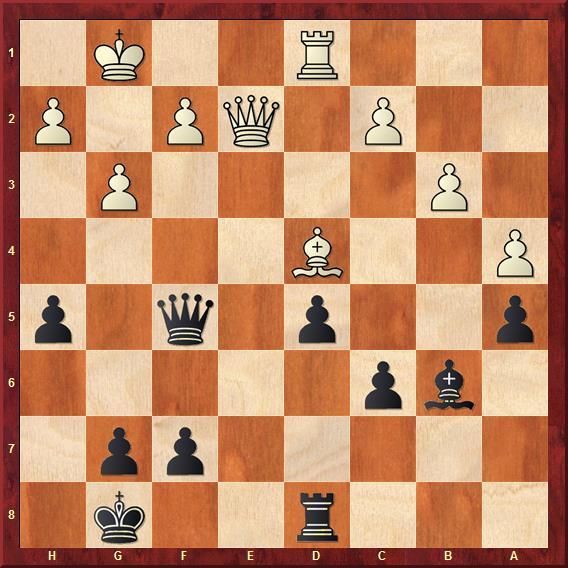 In a French Defence game, I had equalised comfortably and had been placing some small problems for White when my opponent erred with Bd4 and I played... 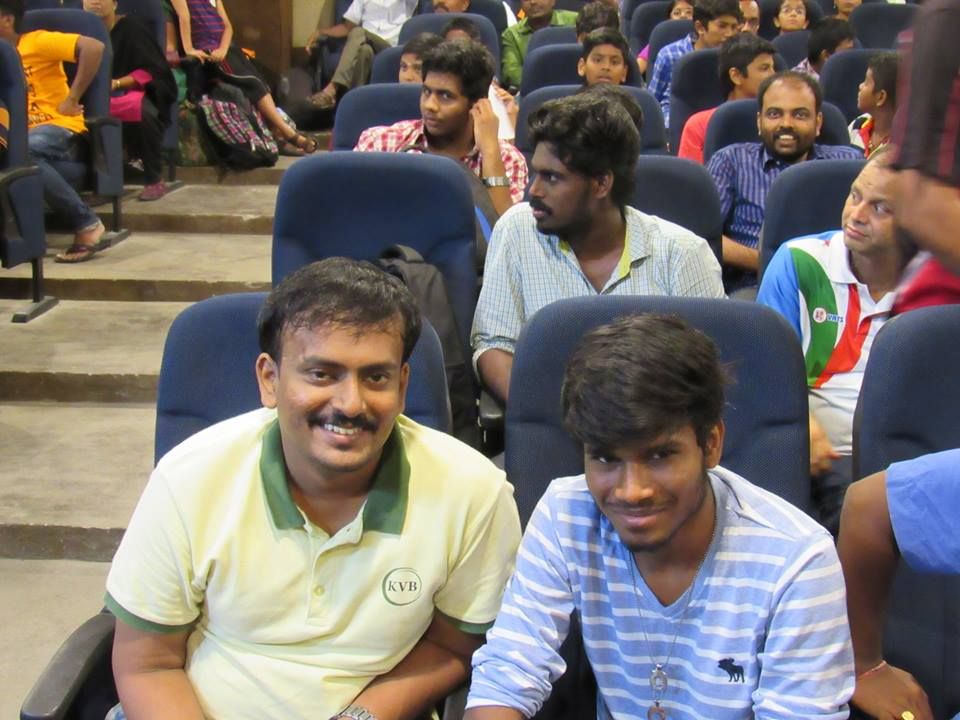 Before the round, I was on 7.0/7 and a bunch of players, including my opponent, were on 6.0/7. My opponent had been playing e4-e5 in all the even number of rounds so far in the tournament. 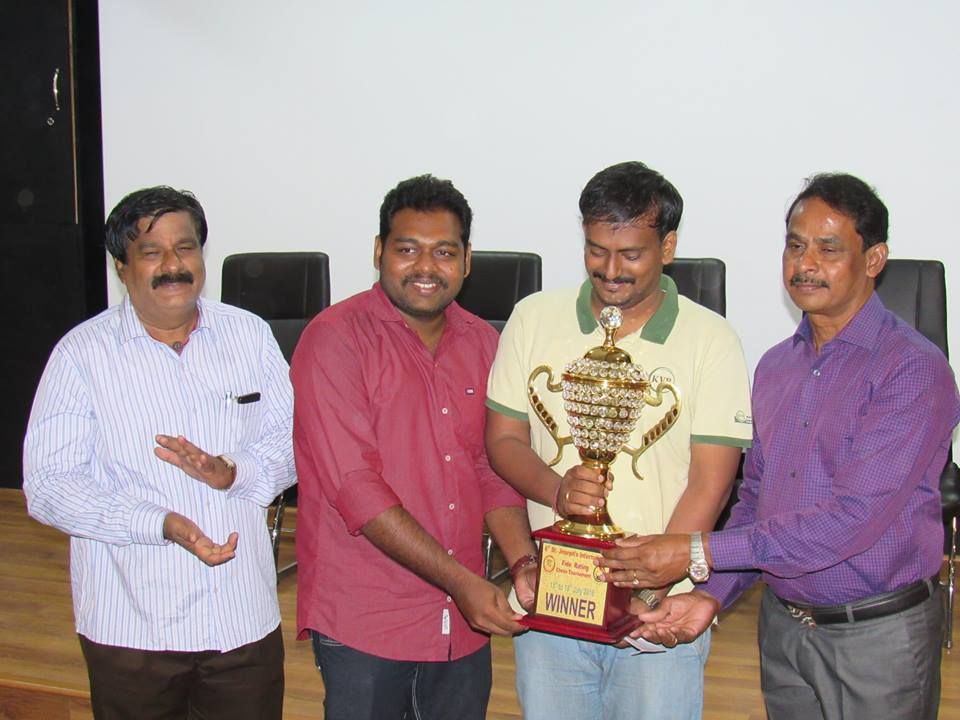