The year 2015 saw Delhi hosting numerous chess tournaments, making it an ideal hub for improving chess players. The Smt. Tara Devi Bagla Memorial tournament was an effort of a Foundation of chess parents to enable Delhi youngsters to have access to quality chess tournaments. T. Purushothaman won it with a score of 8.0/9 followed by Vinay Kumar Matta and Santu Mondal. 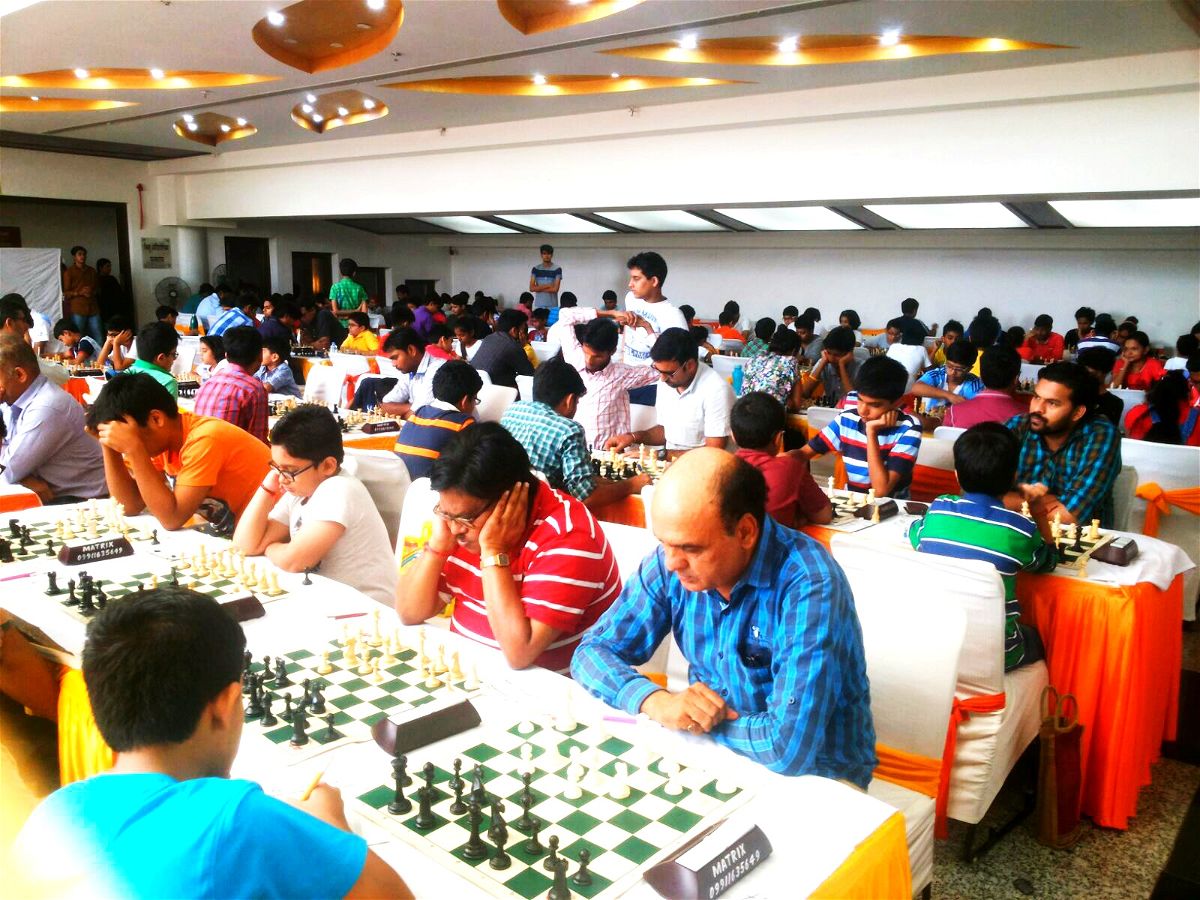 A total number of 214 players – including 142 rated players from across India, and one player each from Singapore and USA -- participated in the event which was spread over five days, with a time control of 90 minutes and 30 seconds increment from move 1. The total prize fund of the event was Rs. 4,00,000. 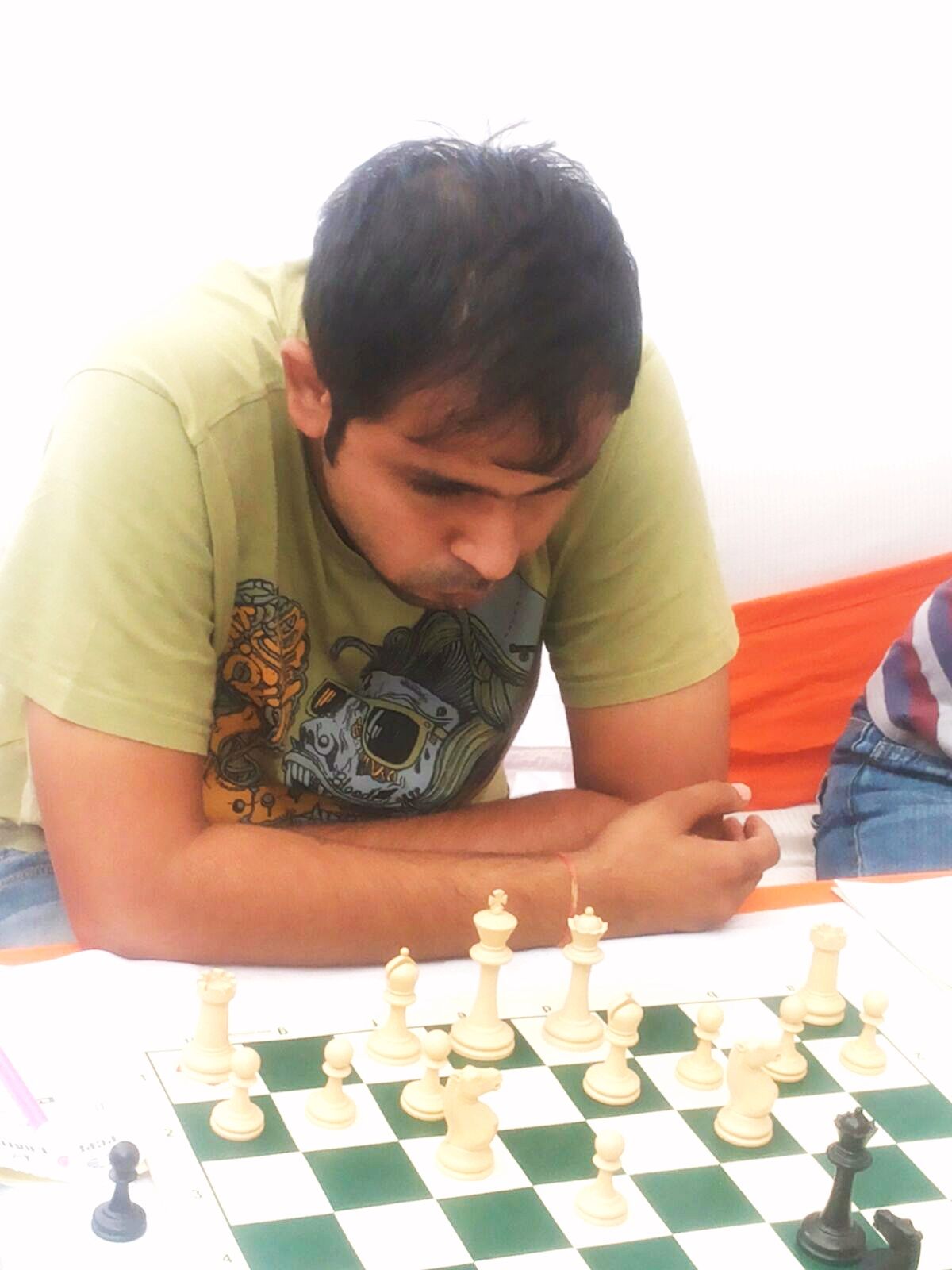 The tournament progressed along expected lines as seeded players registered comfortable victories in the first two rounds. However, in the third round, ten-year-old Srihari L. R. of Tamilnadu stunned the fourth seeded Purushothman in a well-fought game. Purushothaman set aside this third round debacle and registered five wins on a trot to catch up with the leaders before the final round.

In the final round, the game at the top board ended with a peace treaty, Purushothaman registered yet another victory, enabling him to lift the winner’s trophy along with Rs. 35000/- as cash prize.

In the fourth round, second seed FM Matta Vinay Kumar was forced to settle for a draw with unheralded Kairav Parikh (1711) of Gujarat. Nevertheless, Kumar remained solid throughout, settling for a draw in the final round at the top-board to finish second. 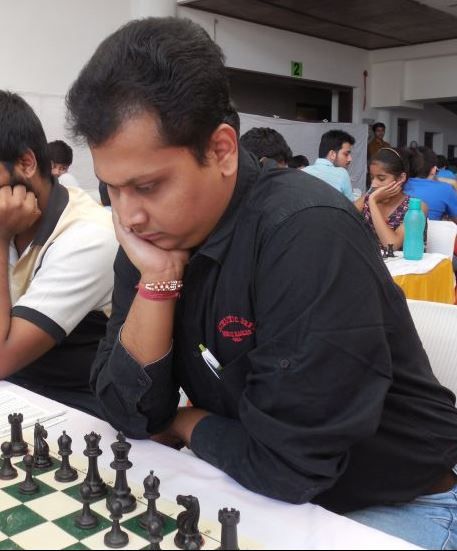 Top seed Santu Mondal (2195) of Income Tax began the tournament with five straight wins. Three draws in the second half of the tournament meant that he could score 7.5/9, finishing third on tiebreak.

Final Standings after round 9: 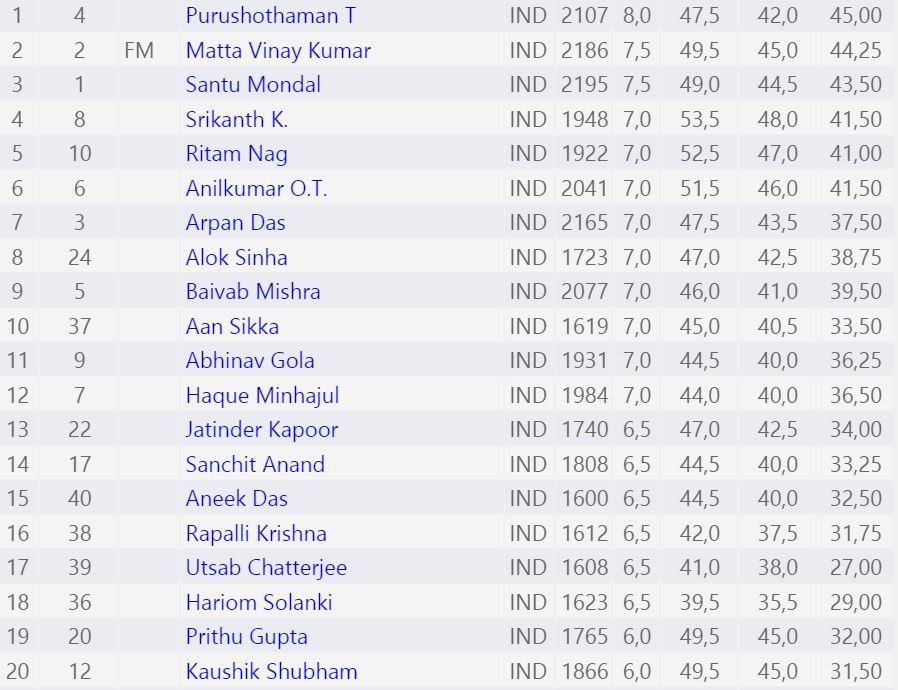 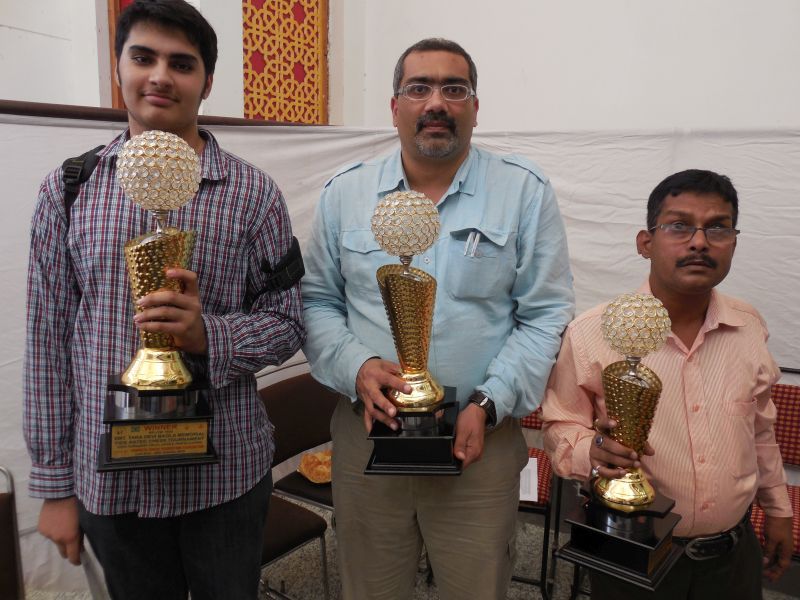 The special attraction of the tournament was the prize-structure: there was a separate set of prizes for players rated below 1600. Haryana youngster Arjun Singh Puri (left) clinched the Best Player Trophy in the Below-1600 category winning a cash award of Rs. 30,000. Haryana’s Vikrant Varma (center) and Delhi’s Akhilesh Srivastava (right) finished second and third respectively in the same category. 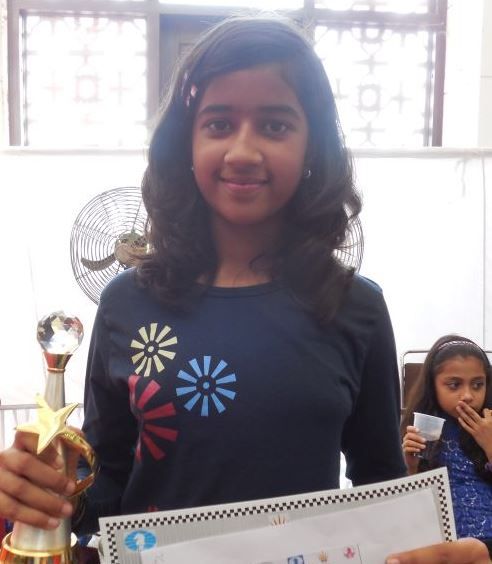 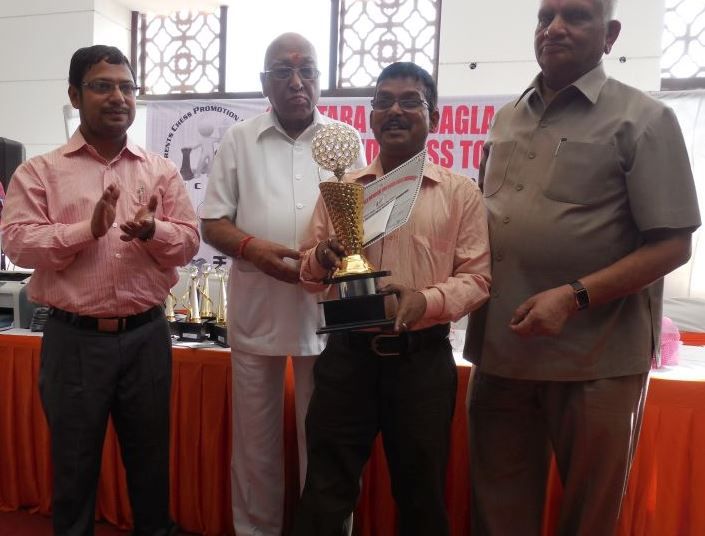 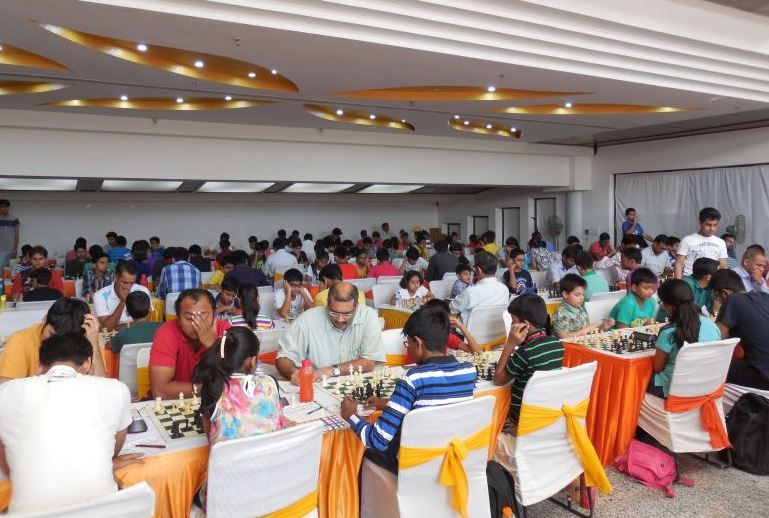 With quality chess tournaments being organized every month at a reasonable standard, Delhi is witnessing a chess boom. 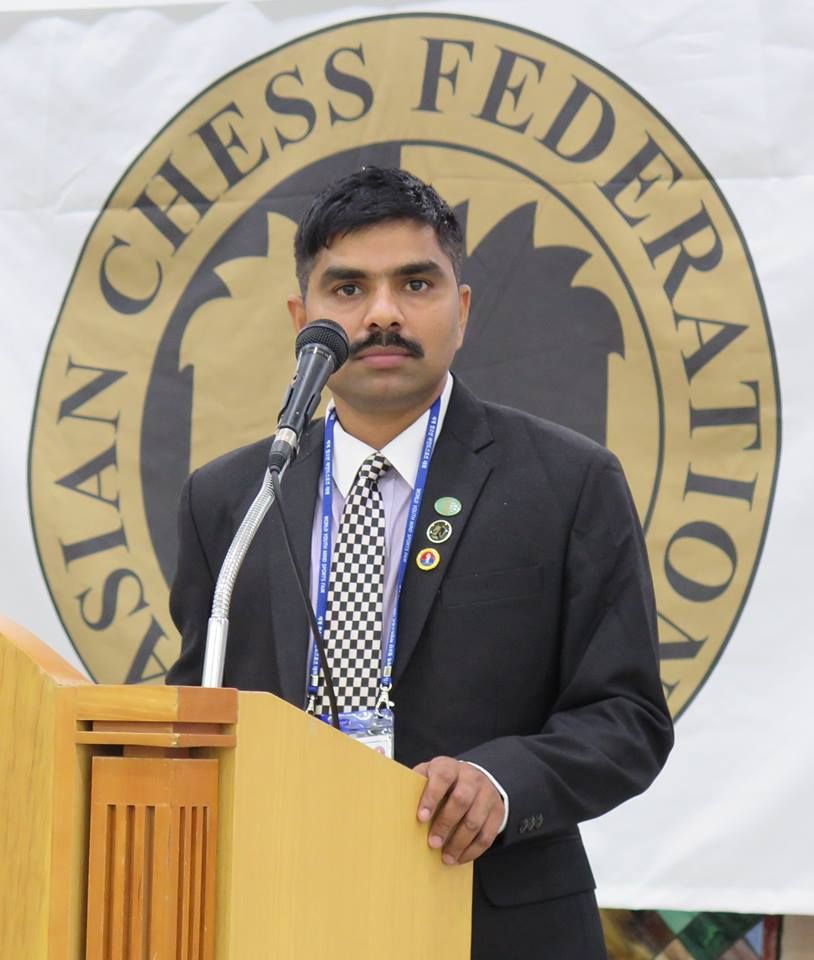 Gopakumar M.S. is an International Arbiter and National Instructor currently based in New Delhi. He has officiated as Chief Arbiter for Category-18 and Category-17 round robin tournaments in Delhi and for the India-Armenia and India-Israel Friendship Matches. Apart from this, he has officiated as Chief Arbiter/Arbiter in Asian Junior, Asian Youth, Asian School, Commonwealth and several International Norm tournaments, FIDE Rated events and National Championships. He also officiated in the 2014 World Chess Olympiad at Tromso, Norway.