Vishy Anand played a super solid tournament with eight draws and one win to finish joint second at the Sinquefield Cup 2016. Vishy, who will turn 47 in four months from now is competing on par with guys like So, Nakamura, Caruana, Giri, MVL etc. who are half his age. Wesley So played a great tournament and won the event with a score of +2. We have analysis from rounds eight and nine and also the reason why Anish finished on the last spot in the tournament.

Wesley So played a great tournament scoring wins over Veselin Topalov and Hikaru Nakamura to win the Sinquefield Cup 2016. A group of four players finished joint second with +1. They included Vishy Anand, Levon Aronian, Fabiano Caruana and Veselin Topalov. This is how the standings looked at the end of the event. 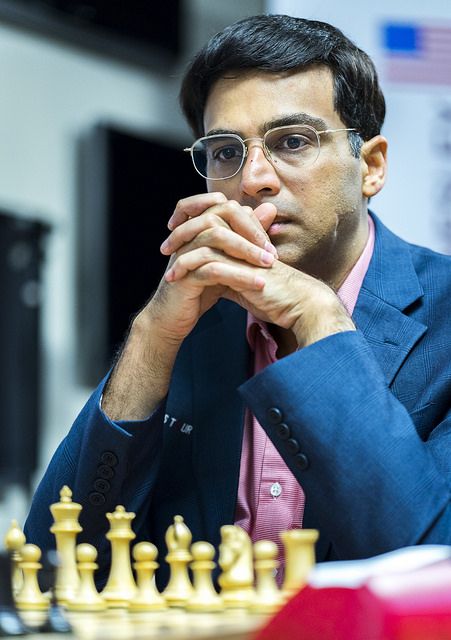 For India's Vishy Anand, this was a fine event. He drew eight games and won one against Maxime Vachier-Lagrave. At the age of nearly 47 years he is still able to compete with players half his age like So, Caruana, Giri, Nakamura, MVL and this is highly commendable.

We covered all of Vishy's games until round seven in our previous report. Let's have a look at his games eight and nine and also a few impressions from the tournament.

This was an amazing game. Even though it ended in a draw it had all the makings of an exciting battle. This board position after move 20 is enough to convince you how unconventional were the decisions taken by both the players. 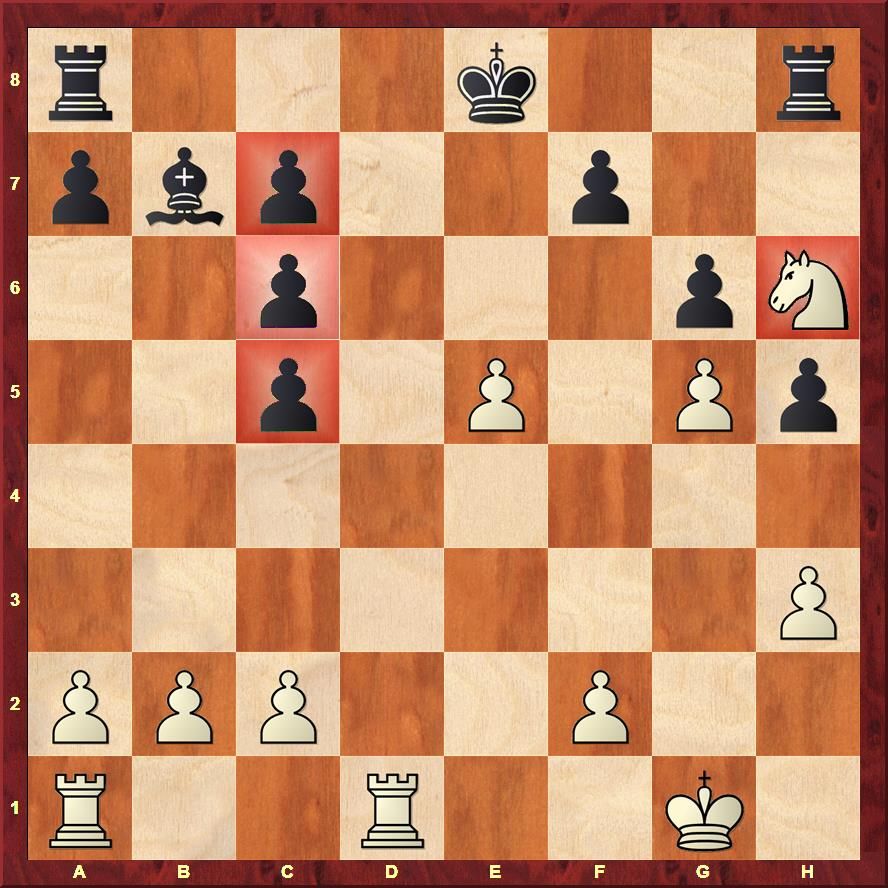 Anand (White) was ready to get his knight trapped in the corner of the board. Topalov was fine with the tripled pawns in return for that! 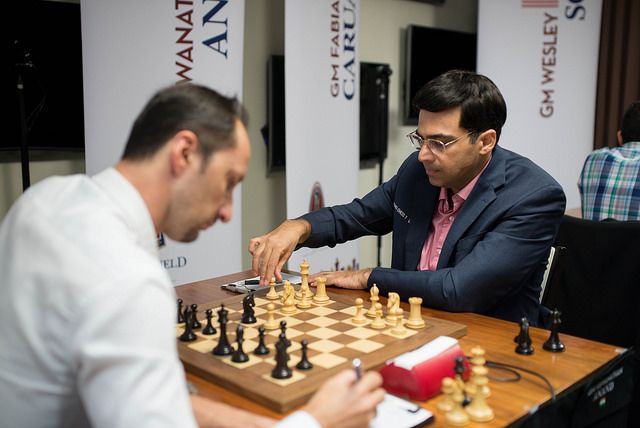 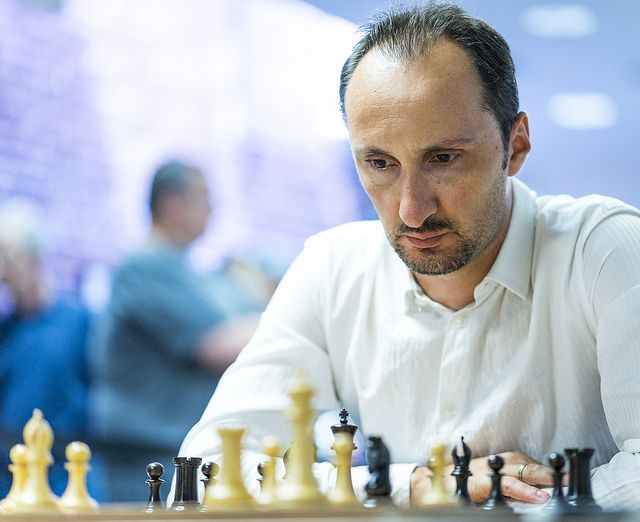 It was refreshing to see Topalov doing well in the tournament and battling for the top spots. He missed it only by a whisker when he drew a completely winning rook endgame against Levon Aronian in the last round. 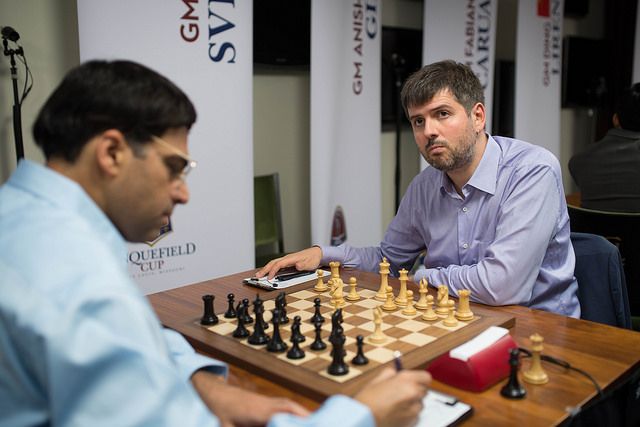 But against Vishy's Berlin he had very little chance of getting an advantage. It's true that it was Anand who needed the win badly, as it would give him the chance to catch up Wesley on the leaderboard. But there was absolutely no chance of that happening. Both the players played a solid game and the result was a fair draw.

Anand's joint second finish is a great result but he no longer has the chance of winning the Grand Chess Tour. 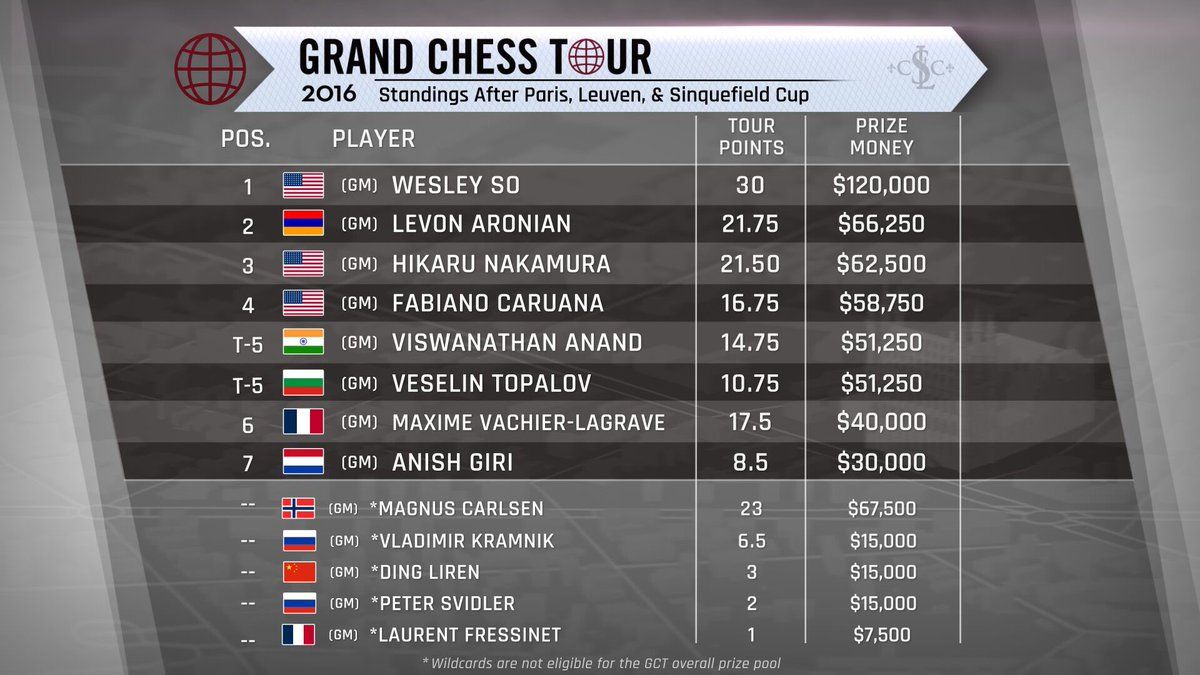 These are the Grand Chess Tour Standings after Paris, Leuven and Sinquefield Cup. Three guys will be fighting for the top spot: Wesley So, Levon Aronian and Hikaru Nakamura. The others do not have a chance because the winner of the London Chess Classic (last leg of the Grand Chess Tour 2016) gets 13 points. 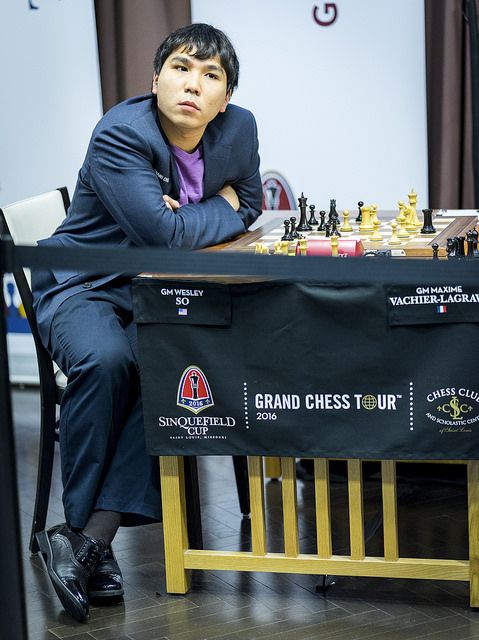 Standings of Sinquefield Cup 2015! Look at the name Wesley So. You will find him right at the bottom of the table. And in 2016 he is the winner! Thoroughly inspiring! 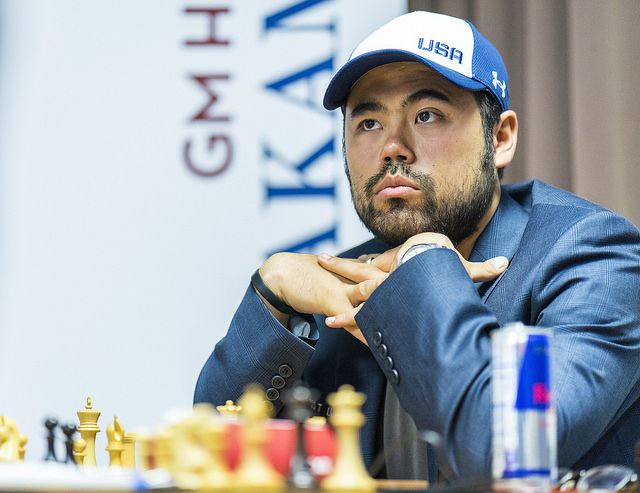 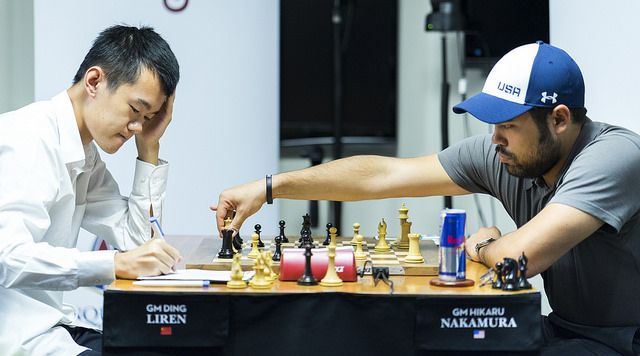 Queen to c8! Ding's look says it all! 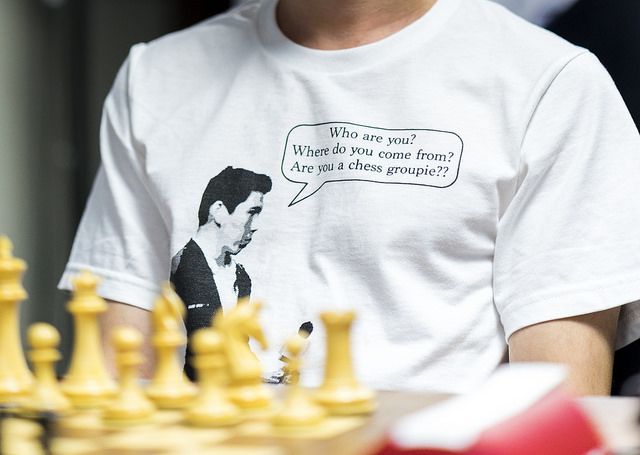 It is not often that you see Anish finishing last. He lost his both his eighth and ninth rounds. What can be the reason? Well, this is what happened after the seventh round and it could be quite possible that Anish was exhausted after it! 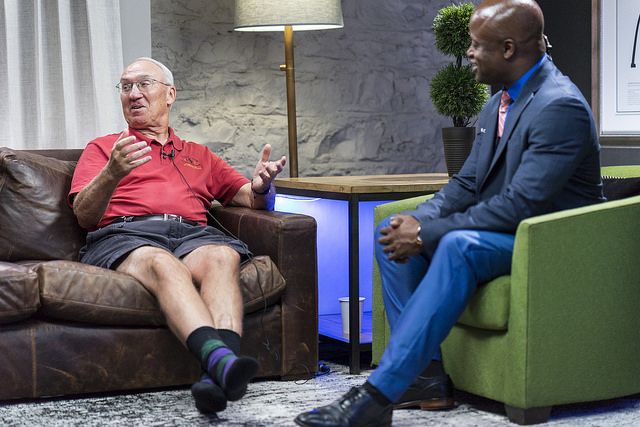 The man who makes such a high class tournament possible - Rex Sinquefield. Here he is being interviewed by Maurice Ashley. 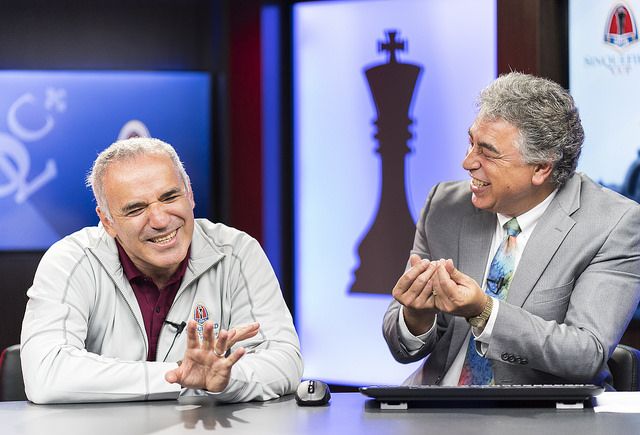 It's always a joy to see Garry Kasparov! Garry is in Saint Louis to take part in the Team Rex vs Team Randy exhibition Match which will take place on the 16th of August 2016. The action will begin at 11.30 p.m. IST. You can catch it live here.