Sinquefield Cup round 6: So lost between 'being' and 'doing'

After a day's rest, action rekindled in St. Louis as players crossed swords in the sixth round of the Sinquefield Cup. Wesley So lost his third game of the event against Levon Aronian. Magnus Carlsen swamped Hikaru Nakamura with an exchange sacrifice and made the American sweat blood to wriggle out with a draw. Fabiano Caruana came out with a novelty which even the silicon machines had missed considering. Saravanan Venkatachalam sends us an insightful report bringing forth the reasons for So's downfall drawing from the concept of doing instead of being - a concept articulated by Jonathan Rowson in his book Chess for Zebras.

Wesley So’s self-destruction – arguably for the 3rd time in this tournament – was the point of curiosity of the round, at the Sinquefield Cup on Tuesday. To recollect, he had lost two games in this tournament so far, and both had a similar thread running through them:

Round 1: Vachier-Lagrave vs. So 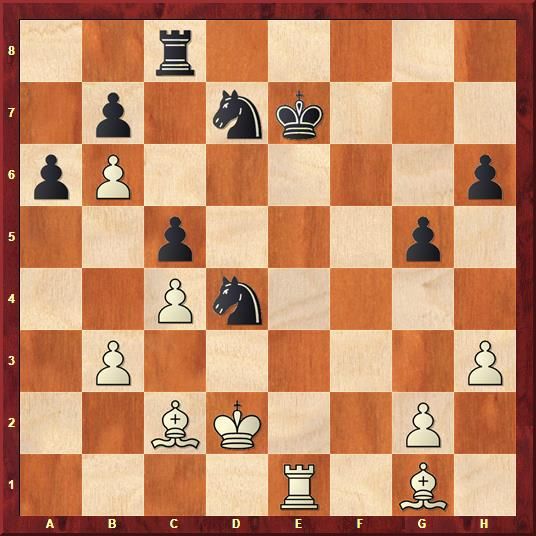 The last couple of moves were repetitions by the black king because of being checked by the rook via e1 and f1 on the previous moves. Time pressure discourages us from forming a definite standpoint here but we cannot ignore the similarity altogether. Unexpectedly, instead of sticking to repeating the position -- the presence of bishops for the opponent should have been a caution -- So, went into ‘active’ mode here, and played 40...Ke8?

The motive is obvious to see: black knights are eyeing b3 and b6 and So was lured into capturing one of them by force. But what he overlooked was the power of the bishop as a long range piece. But more importantly, he psychologically missed White’s possibility of creating a counter-threat instead of defending his pawns, and his bishop pair helps: 41.Be4! (Ignoring Black’s threat and creating play of his own)

But more than materialism, there was another aspect to Black’s play here: doing instead of being - a concept articulated in basic terms by Jonathan Rowson in his brilliant work Chess for Zebras. In the diagrammed position, if So had stuck to repeating the moves and let the opponent play, he would have continued with defending a slightly worse endgame. But it was the impetus to doing also played its part that made him choose the active 40...Ke8.
Round 5: So vs. Carlsen 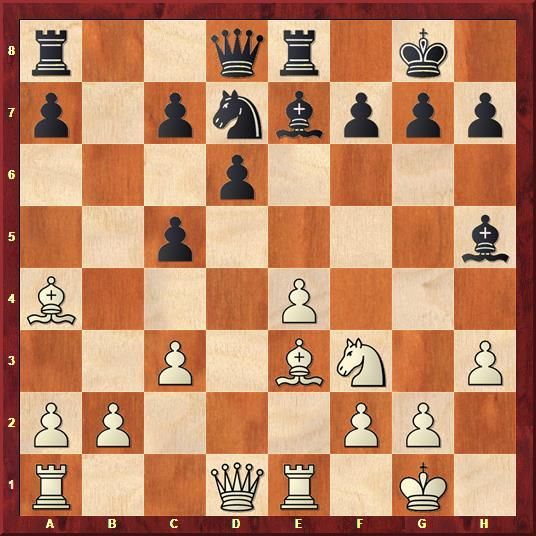 Position after 16...c5
So goes into an active mode here and plays energetically to seize the initiative: 17.g4! Bg6 18.e5! (Taking advantage of Nd7 being pinned by his light squared Bishop, So starts to prove Black’s pawn weaknesses in the centre) 18...Rb8 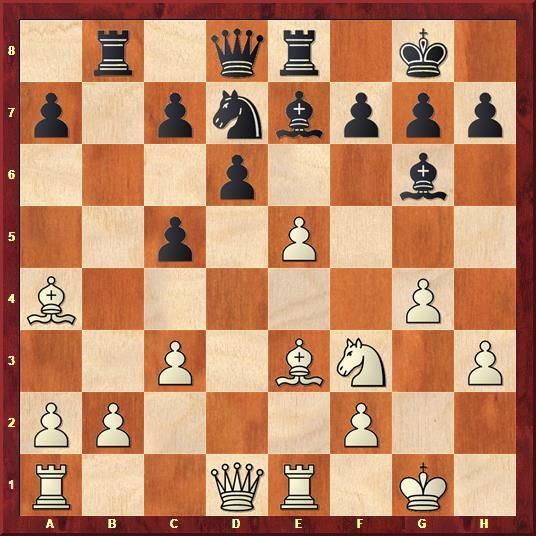 Black’s attack on b2-pawn is nothing more than a momentary distraction, and So would have regained a fairly good advantage here with the simple 19.b3. But he was in a complete ‘doing’ mode and went ahead with 19.Bf4? and after 19...Rxb2 20.exd6 Bxd6 21.Rxe8 Qxe8 22.Bxd6 cxd6 23.Qxd6 Qe2, it was White who faced a tough defence ahead and lost the game in just 5 more moves.

Once again, a classic case of ‘doing’ getting preference over ‘being’, but it gets complicated here. So was already in the middle of active play in the previous two moves, which made him stop and play the quiet 19.b3! and once again pursue his threats. And another minor point is, allowing 19...Rxb2 at the cost of your own activity is obviously associated with an error in calculation and judgement at the end of the variations. 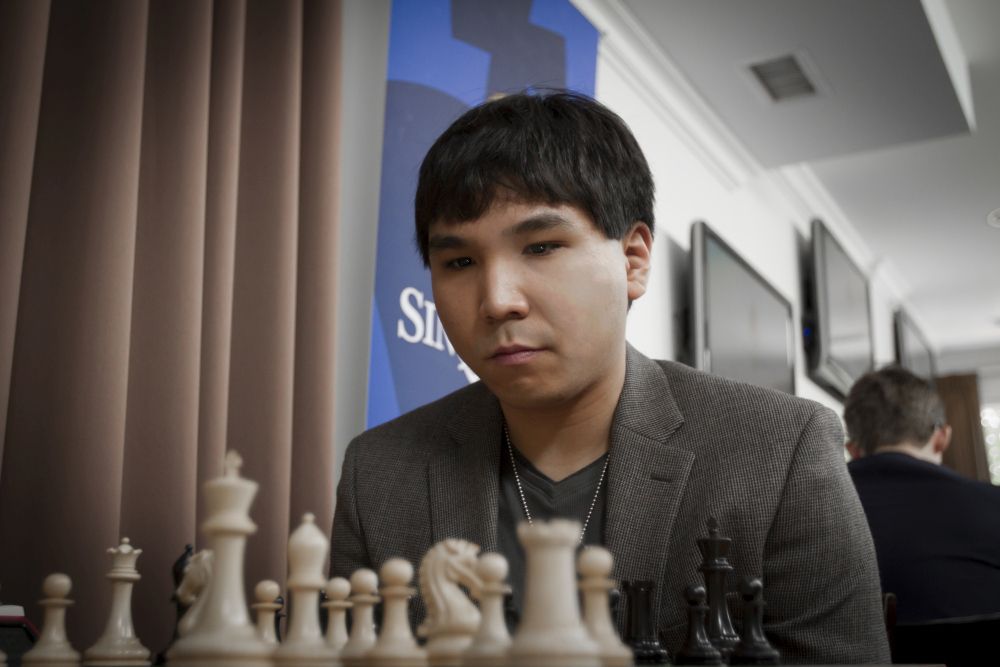 Wesley So, third time falling for the lure of ‘doing’?| Photo: Spectrum Studios

A small aside here: So’s failure to put up a defence in a slightly minus position in the game had probably almost nothing to do with the position itself. It was a combination of an inability of the psyche to adjust itself to the role of a defender from being an aggressor just a while ago and doggedly defending a position and the disenchantment which comes with blowing away a better position. Now, once again look at the above-diagrammed position, you will realise how dogged was Magnus Carlsen in his defence, and you will understand one of his biggest strengths in over the board play -- creating possibilities from even slightly inferior positions when it will look almost none exist but passive defence! 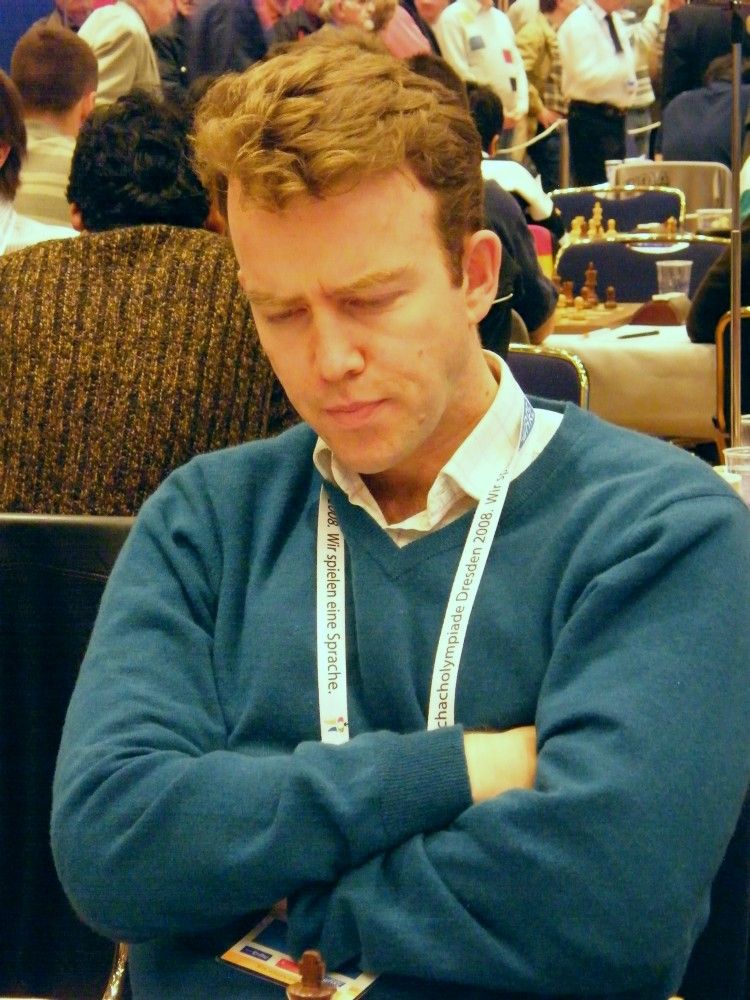 And now, in the context of these two games, if you look at Tuesday’s loss, it all makes sense, thanks to Jonathan Rowson! 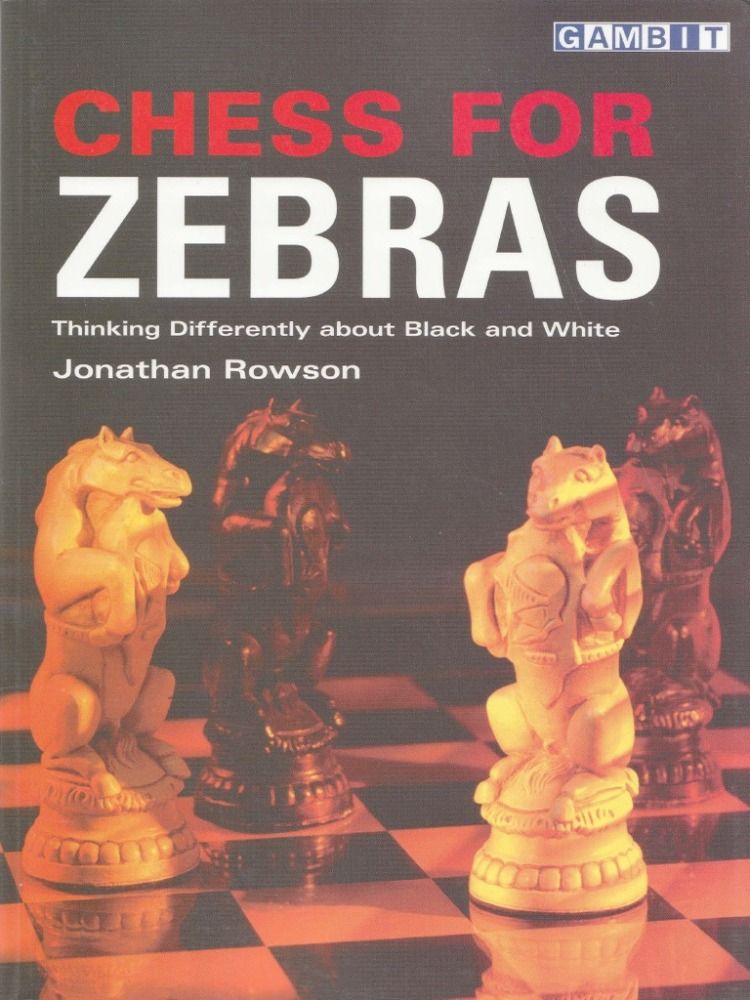 And his book, 'Chess for Zebras'
Round 6: Aronian vs. So 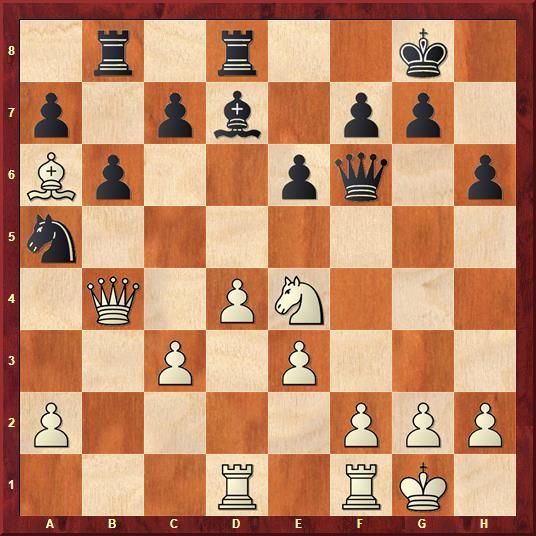 Two aspects of the position stand out: White’s potential to grab the centre, and Black’s knight on a5 - rim, grim, dim and all that. A cautious approach to the position could have enabled Black to play 17...Qh4 18.f3 (18.f4 doesn’t make it any different for Black here) 18...Nc6 (Watch that knight!) followed by 18...Ne7 will simply improve Black’s position while sticking to the basics. But what happened in the game was surprising: 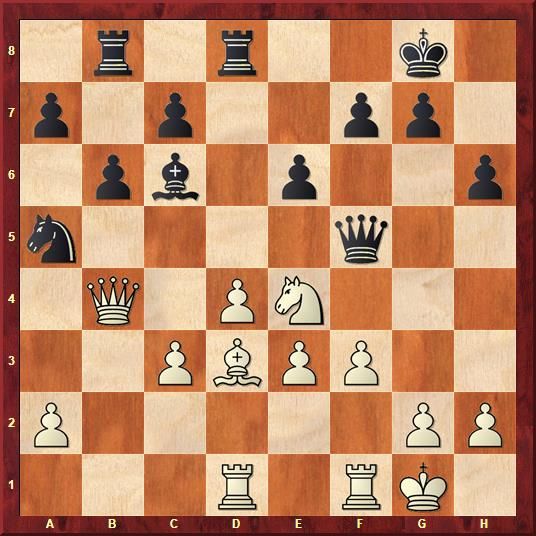 19...Bxe4? Shocking, almost. This extreme example of 'doing' at the cost of 'being' sees Black's position going rapidly down the hill. Instead, 21...Nb7 called for - another move which encourages ‘being’: trying to re-route the knight to a better square and letting the opponent play, after checking first if he faces any tactical threats here.

20.fe4 Qg5 21.Rf3 and without doing much, White gained an advantage and now the kingside getting opened up for invasion. Enough for Aronian to pursue further this pleasant turn of events. 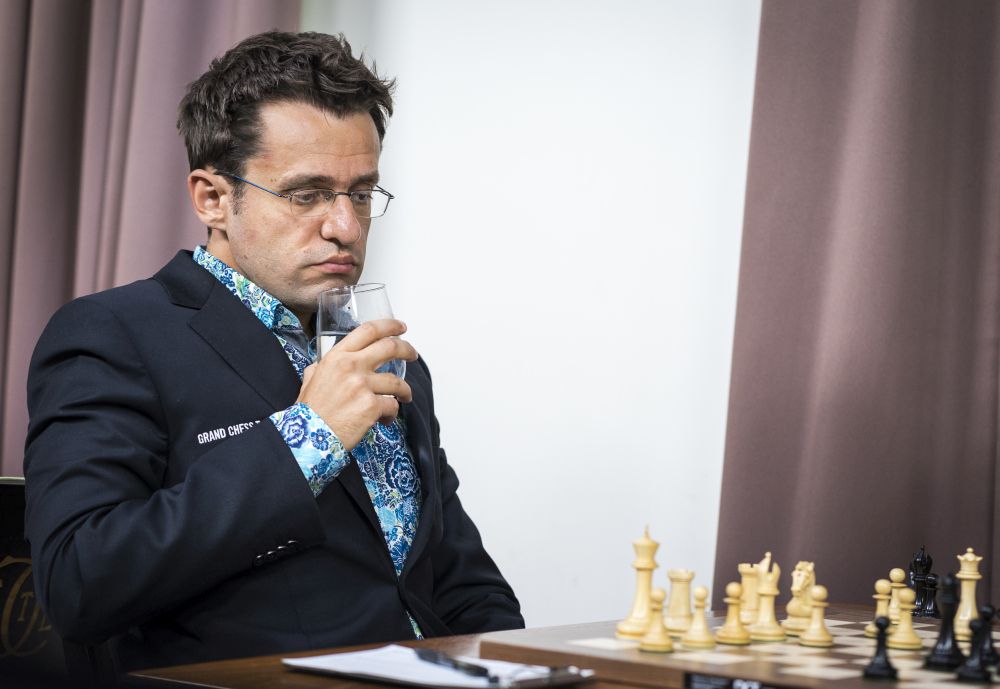 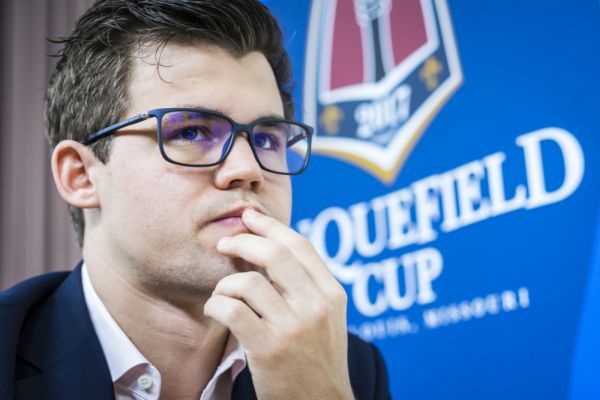 Carlsen: The ever perfect ‘being’? | Photo: Lennart Ootes
Round 6: Carlsen vs. Nakamura 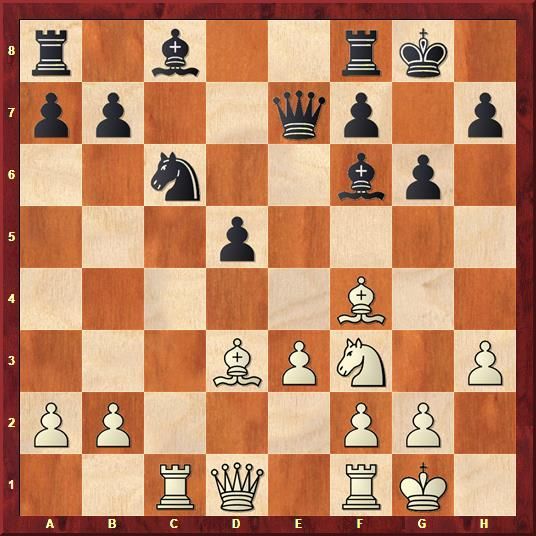 Position after 15...g6
Carlsen found 16.Bb5! here, which had a hidden exchange sacrifice in the variations with a favourable outcome: 16...Bxb2 17.Bxc6! Bxc1 18.Bxd5 Ba3 19.Bh6 and White holds the initiative due to the threat of Qd1-d4. Ultimately winning the pawn, he let Nakamura simplify into an ending with reasonable chances. 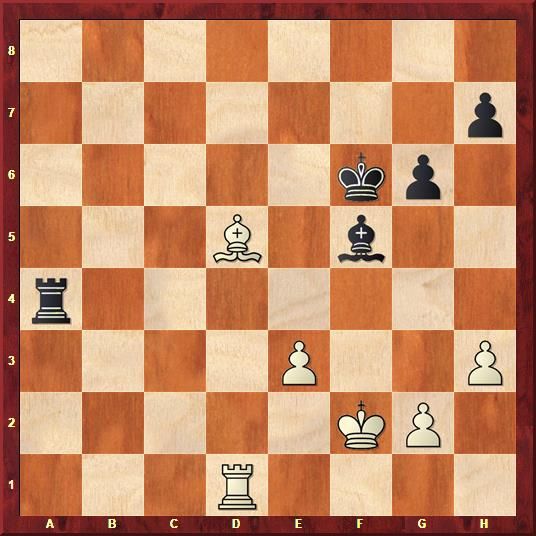 Grinding away, the World Champion reached a favourable ending where his material advantage of a pawn wasn’t clear enough to decide on a win. Nakamura admitted that he was quite ‘careless’ in his play here, allowing Carlsen to reach a favourable endgame. Carlsen played energetically and exchanged off the Bishop, reaching a very favourable Rook endgame.

34.g4!? Be6 35.Kf3 Ra5 36.Bxe6 and an endgame, the kind which Carlsen generally excels, and the following were the crucial junctures when Carlsen had assumed that he ‘was winning anyway’, which led to a couple of crucial misses: 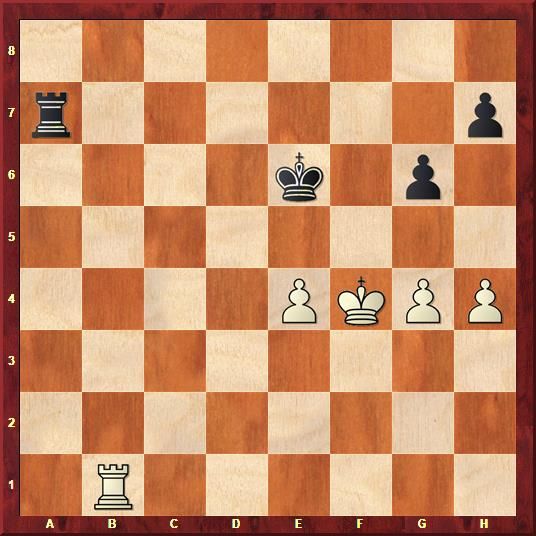 Position after 40...Ra7
White had an attractive path to the h7 pawn and thus an eventual win with 41.Kg5 here. Carlsen admitted to being ‘sloppy’ here as he intuitively felt Black had enough counterplay after 41...Ke5. After the further 41.Rb6+ Kf7 42.Rc6 Rd7 he came up with the puzzling 43.g5? after which the game ended in a draw. White could have still gone for 43.h5 (preserving winning chances) and with a curious explanation, “I knew that 43.g5 was a bad move but somehow I (played) it anyway”. 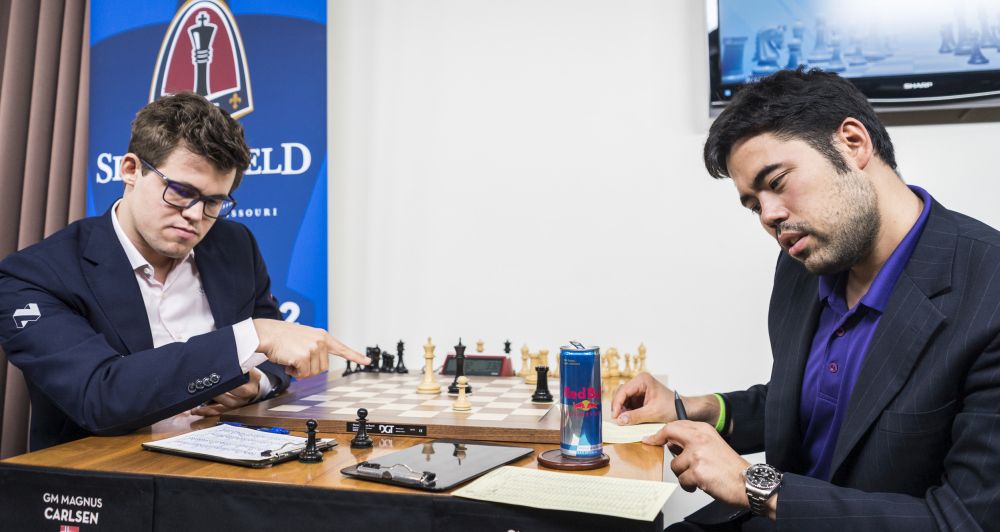 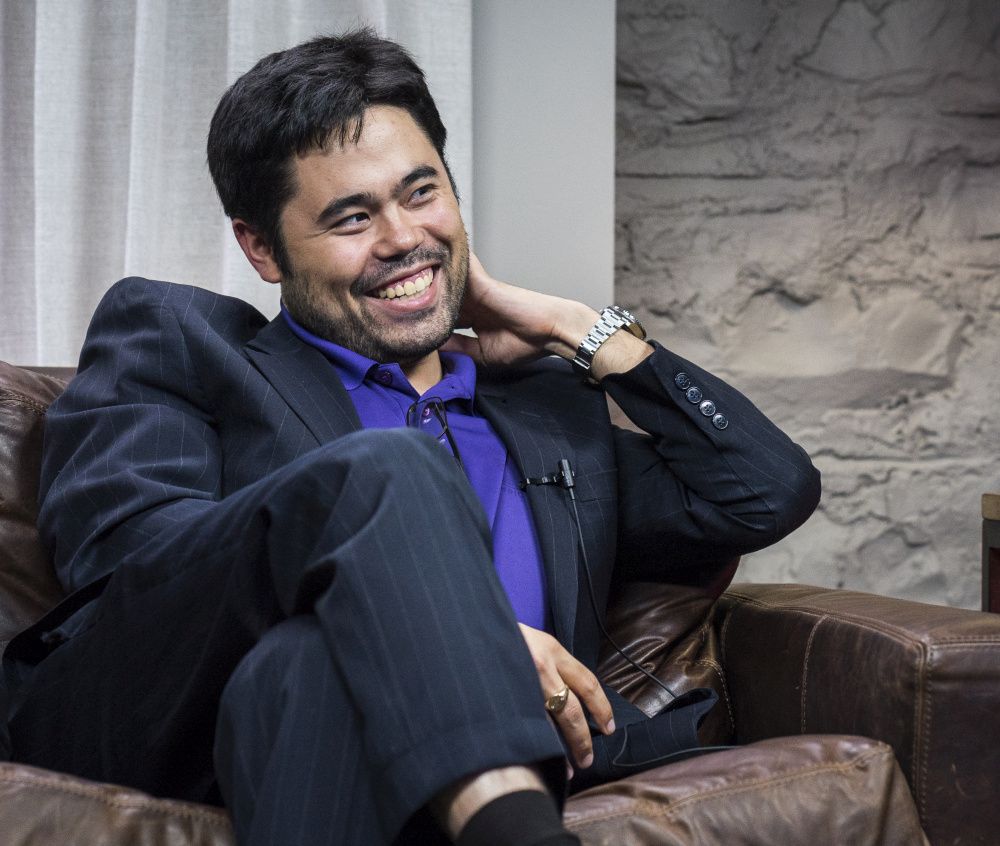 Nakamura was relieved that he managed the uphill task | Photo: Lennart Ootes
Thus defending the uphill of this game, Hikaru revealed he recently ran half a marathon at the Pie High Trail Run on the 22nd of July where the course ‘meanders through mossy forests, along tranquil ponds, creeks, and wetland preserves’ with ‘a combination of single-track, old logging road, maintained hiking path, and a few bridges for good measure’. Admirable indeed, as Nakamura finished the run in 3 hours & 20 minutes. The preparation definitely came good indeed on Tuesday! 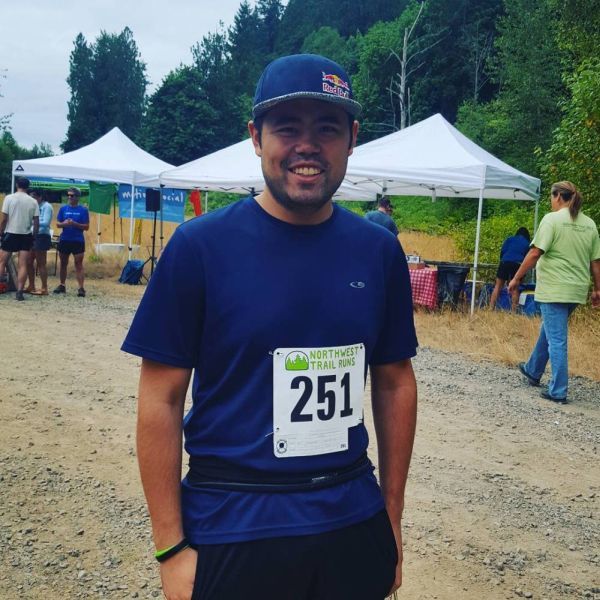 Nakamura after the uphill, creeks, mossy forests and tranquil points | Photo: Nakamura's Instagram page
Among the other games, Caruana - Vachier-Lagrave was worth noting as Caruana came up with an interesting novelty early in the game. 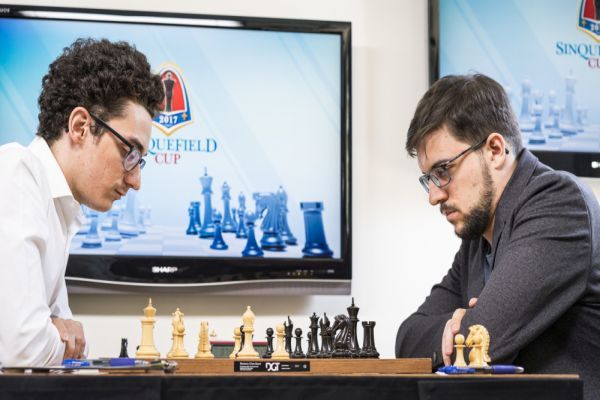 Caruana - Vachier-Lagrave, a ‘true’ novelty on the board | Photo: Lennart Ootes 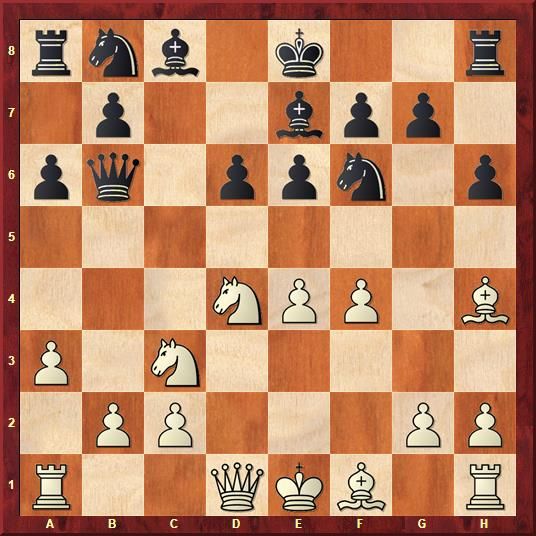 It's white to play and at this point, Caruana uncorked a move which even the computers hadn't considered!

In this position, white uncorked 10.Qd3, a variation whose waters even the computers and correspondence chess games have not visited – a true novelty which is a very big achievement in these times. Caruana later credited his Norwegian friend Torbjørn Hansen for the idea, who also happens to be Magnus Carlsen’s first coach.

Though was better in the early part of the game, Caruana’s best chance to win the game came at the following juncture: 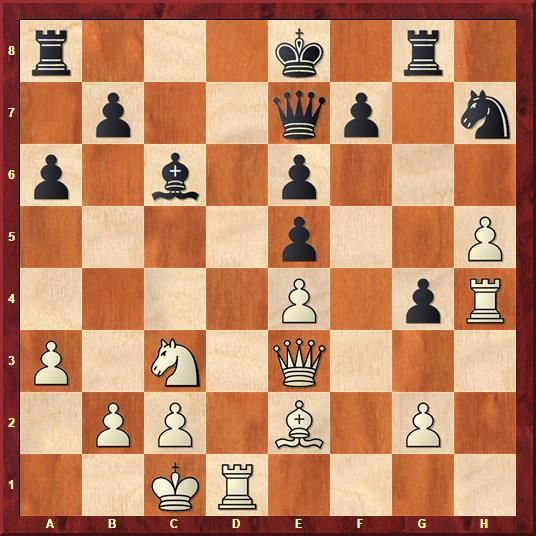 Saravanan Venkatachalam is an International Master and has been an active chess player in the Indian circuit, and has been consistently writing on chess since the late 1980s. He turned complete chess professional in 2012, actively playing and being a second and a trainer to a handful of Indian players. He reports on chess tournaments, occasionally being a correspondent to national newspapers and news channels. Apart from chess, he is also interested in Tamil and English literature, music and photography.

Viswanathan Anand impresses despite draw with Peter Svidler in second round