After gaining from the humble tactic of the knight fork in the 3rd round, it was the turn of Mighty Magnus himself to fall to the ruse, when he overlooked a simple detail and lost to Maxime Vachier-Lagrave in the 4th round, allowing the Frenchman to gain the sole lead with 3 points. The game also reinforced for the umpteenth time the all too often repeated and glorified cliche Chess is 99% tactics. Magnus' defeat and Nakamura falling to Nepo were the only decisive games of the round. The other three ended in draws. We have a comprehensive round four report from Saint Louis.

When Tony Miles passed away prematurely in 2001, Mathew Sadler, his teammate from the Elista Olympiad recollected how the legendary grafter unexpectedly played 6.dxc3 (instead of the established 6.bxc3) in an English Opening game and then went on to slowly outplay a Lithuanian International Master in a queenless grind of a game, much to the amusement of his colleagues. Carlsen chose exactly the same path in the same position on Saturday, but only, he chose one of the top 5 in the world for the treatment, and MVL may soon be reaching 2800 thanks to this victory and form in the tournament. 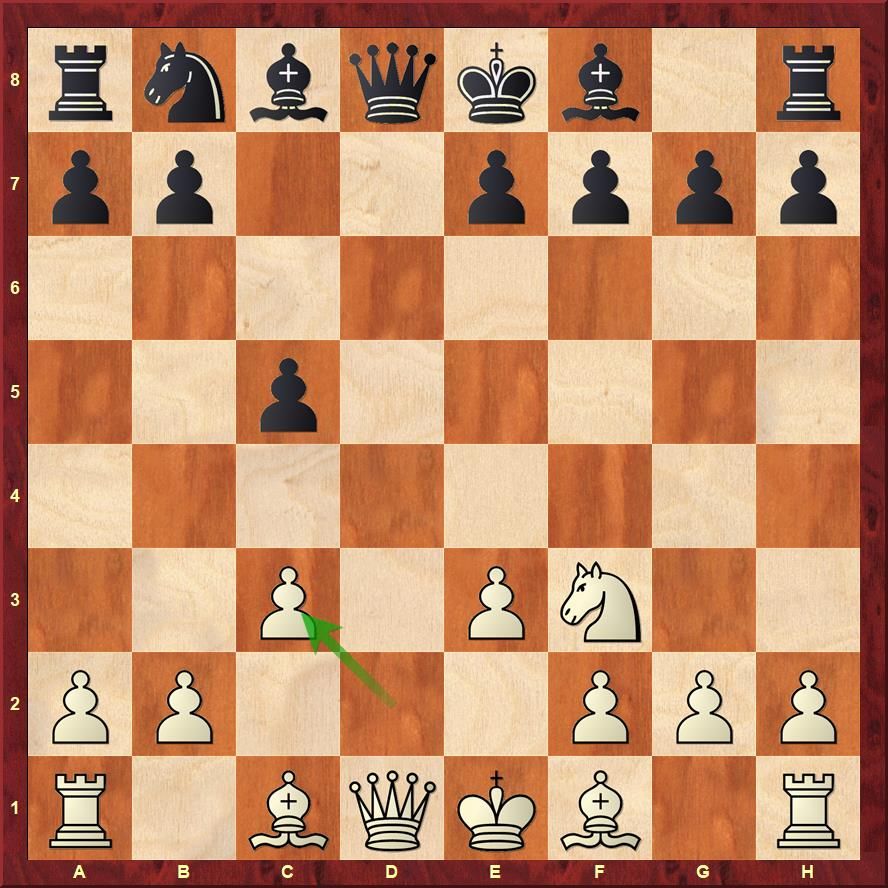 By move 17, with black’s pieces looking more harmoniously placed towards the centre against his own uncoordinated army, it didn’t look like Carlsen was really the grafter of the day. 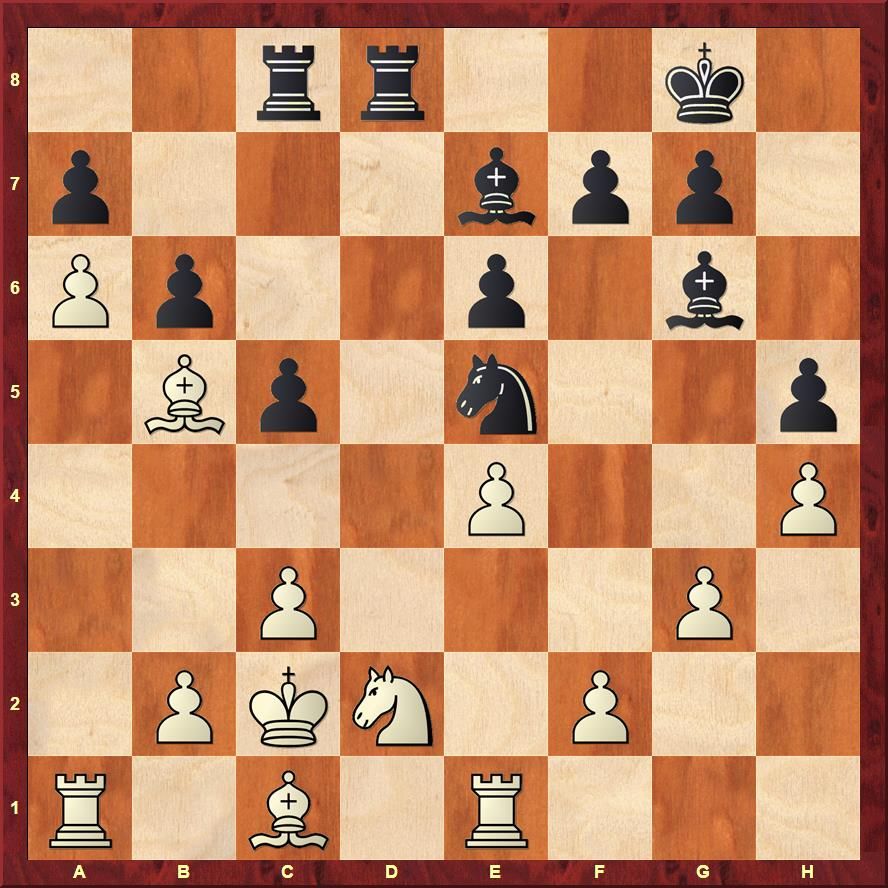 Except for the bind on the queenside, there seemed almost nothing for white to be happy in this position. But mercifully for Carlsen, in the words of Anatoly Karpov, it seemed to be one of those typical minus positions where white could improve his pieces whereas it was difficult for black to chalk out a path of play, when you are not sitting with an engine next to you.

And Carlsen continued nonchalantly, concentrating on improving his pieces purposedly, stopping black from achieving anything meaningful. 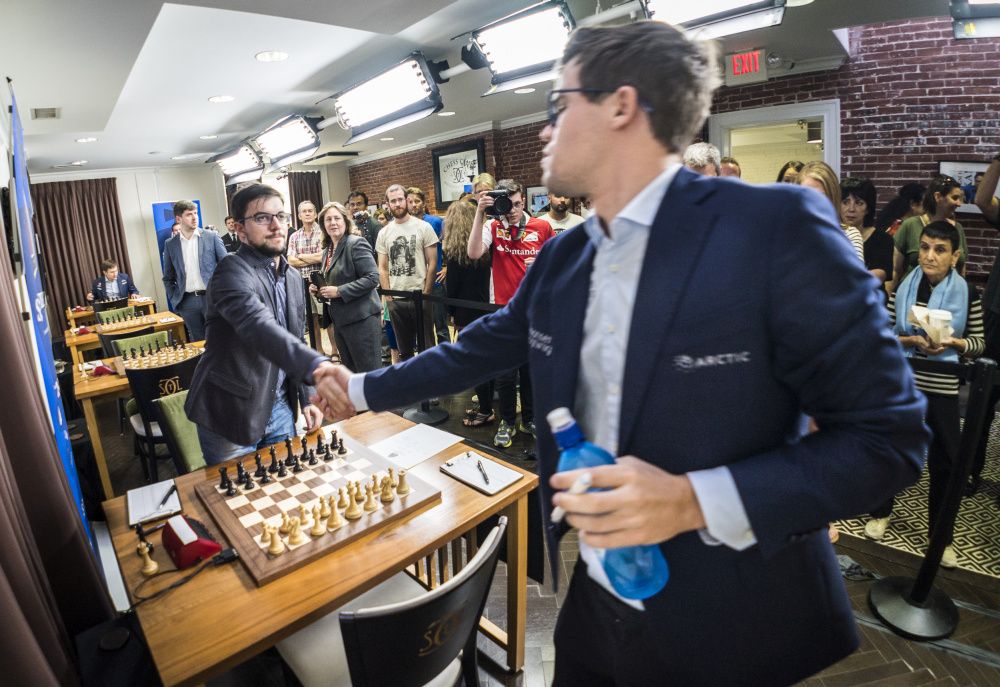 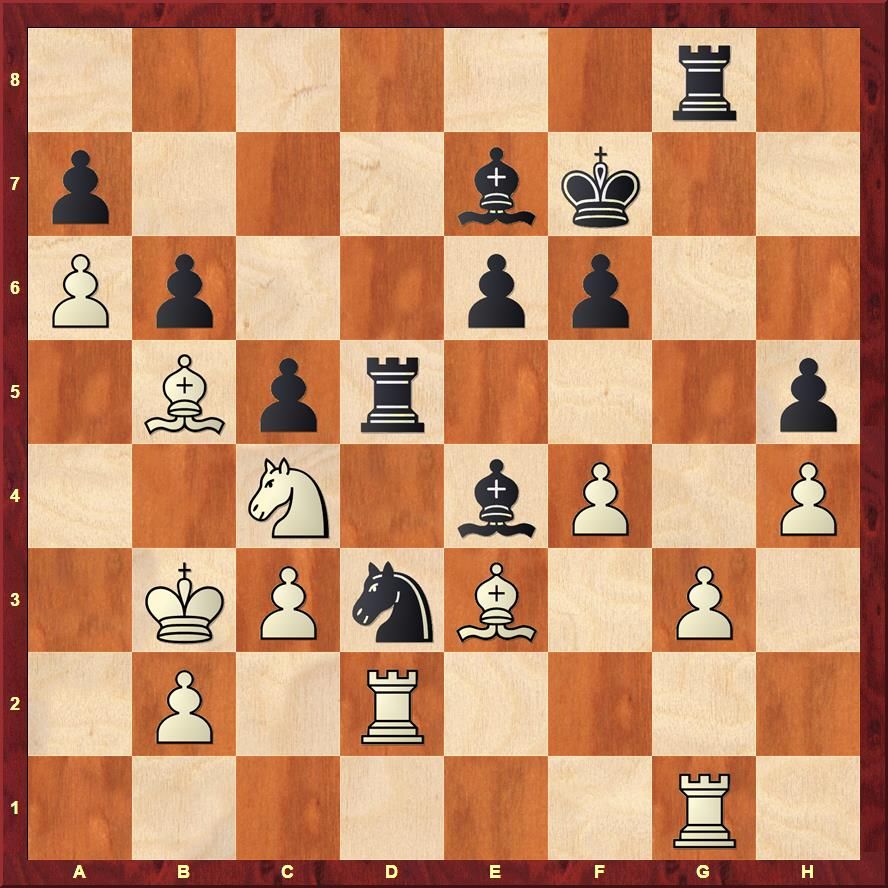 It is in such probing and rearranging that the World Champion excels, constantly unsettling his opponents, not allowing them to let their guard down even for a moment. Ultimately, after the time control was reached, he managed to extract an edge and once again looked to be taking over the initiative. Getting desperate, Vachier-Lagrave went for his chances: 48... Be2 and only now did Carlsen realised that he missed a simple tactic here, the reason for his misery: 49. Re3 f4 50. Rxe2 Nc1+ and this knight fork nets the rook, which Carlsen overlooked. The position was beyond repair and the Frenchman triumphed. 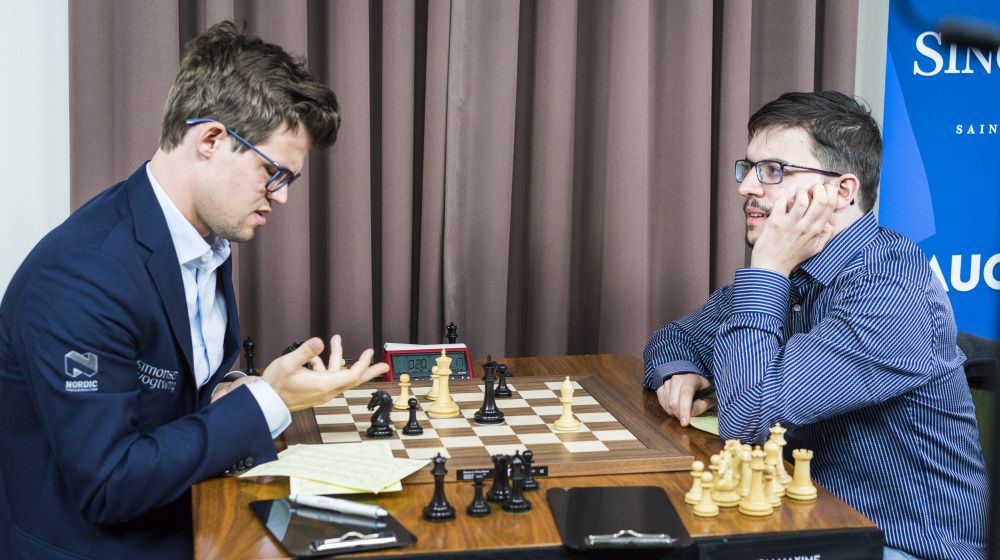 Needless to say, the victory has been noted by all and sundry:

Big win for MVL! Hardly a perfect game, but you must not judge great fighting chess too harshly. https://t.co/ebMFOxHpjM

But the day’s drama had already begun elsewhere and the perpetrator was Nepomniachtchi, who showed no signs of the impulsiveness which made him lose the first two games. Pursuing a slight advantage from an Orthodox Queens Gambit Declined, Nepo exploited Nakamura’s inconsistent play very energetically and playing fast, taking just 33 minutes for the whole game. 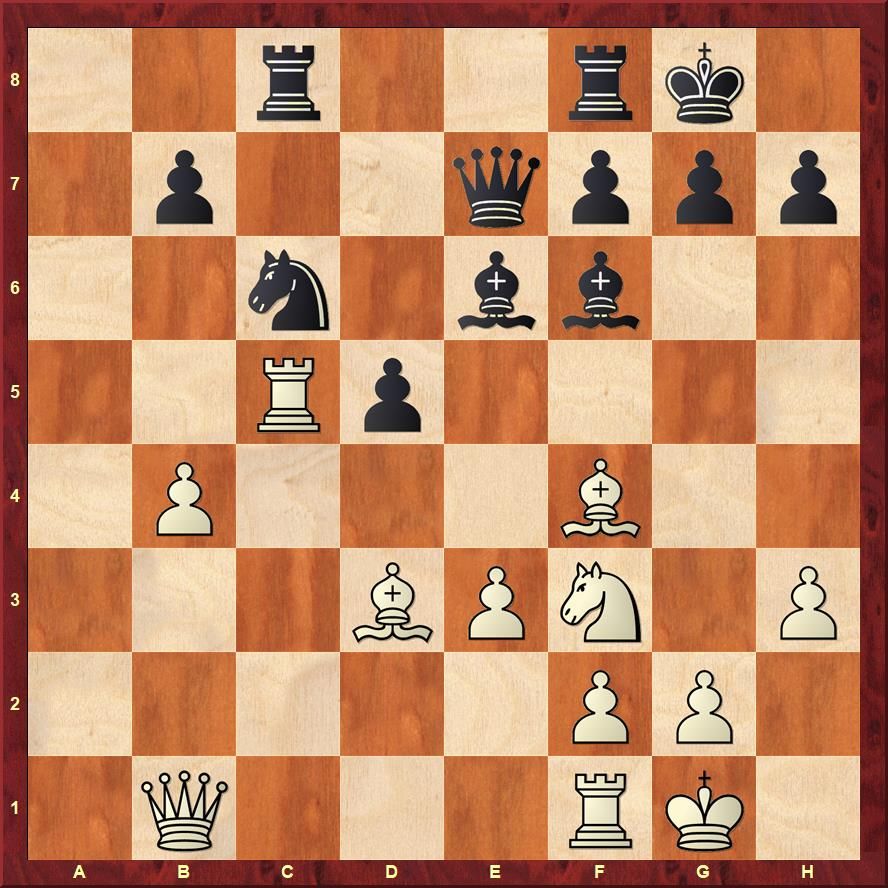 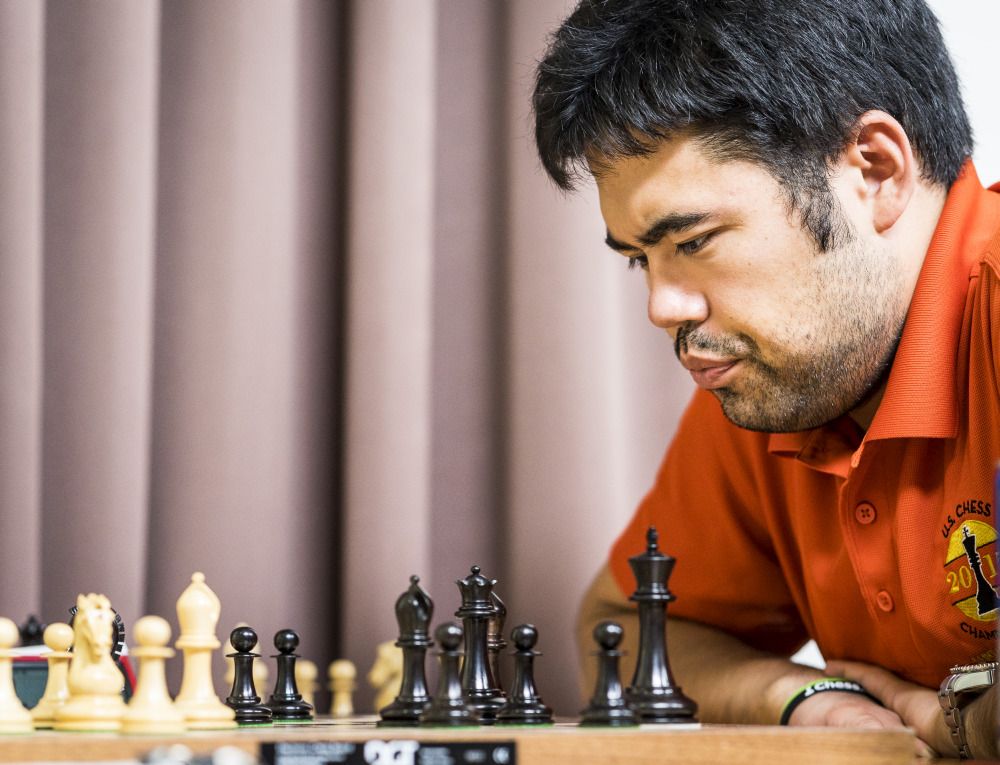 To his credit, Nepomniachtchi played flawless and fast to win the game in just over two hours of play. 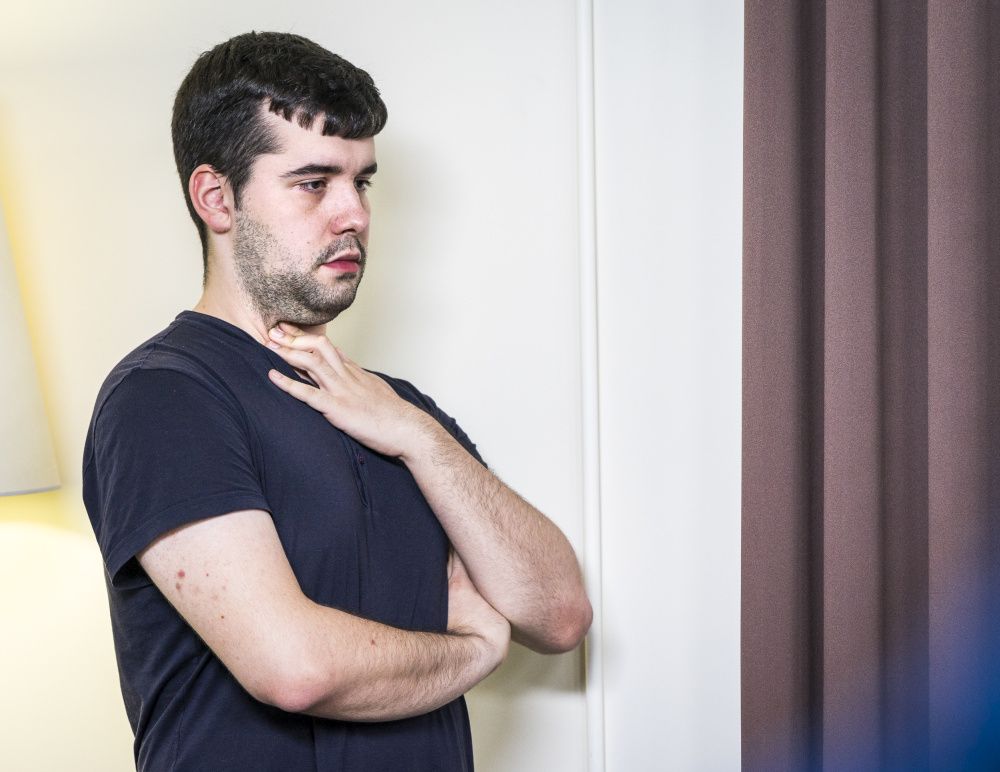 Elsewhere, Levon Aronian overcame his sluggishness of the last two days to once again start playing his favourite piece of wood on the board: the h-pawn! 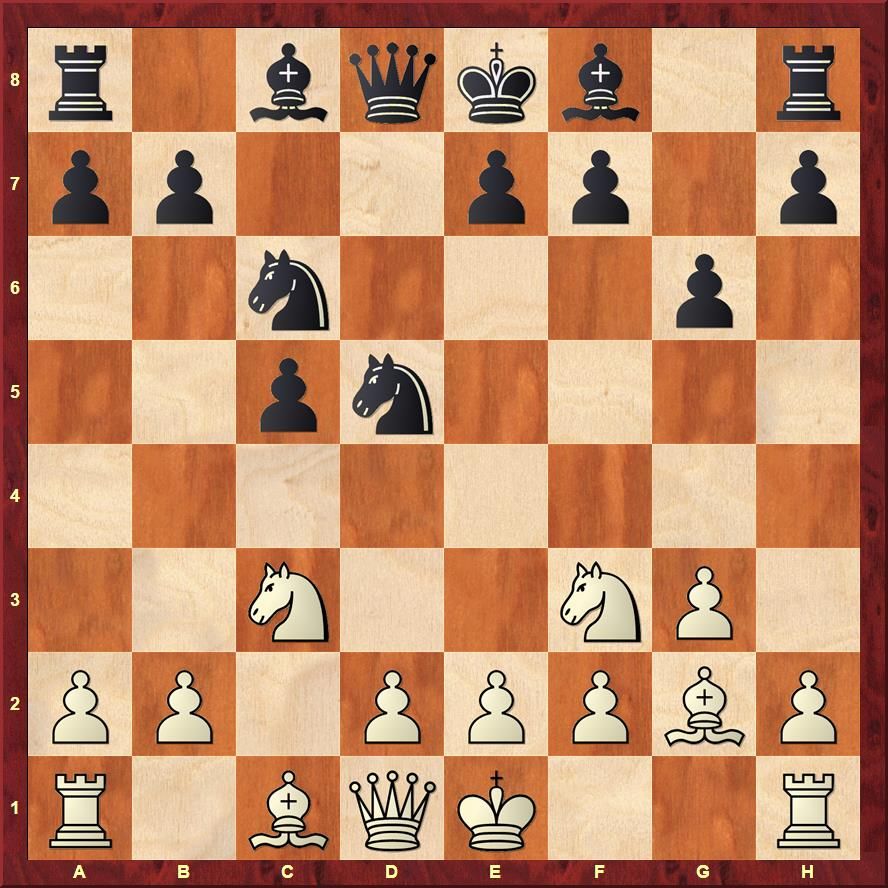 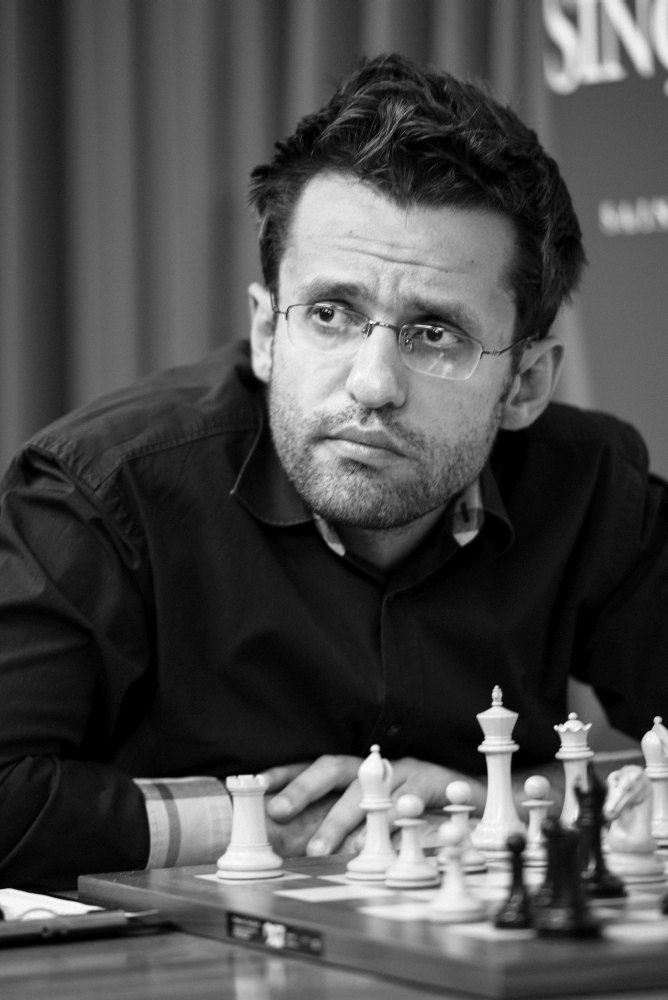 Levon Aronian - back to his first round love, the h-pawn | Photo: Austin Fuller

But to his credit, the former world champion remained calm and went back to his trusted ways and means...giving up the bishop for the knight. 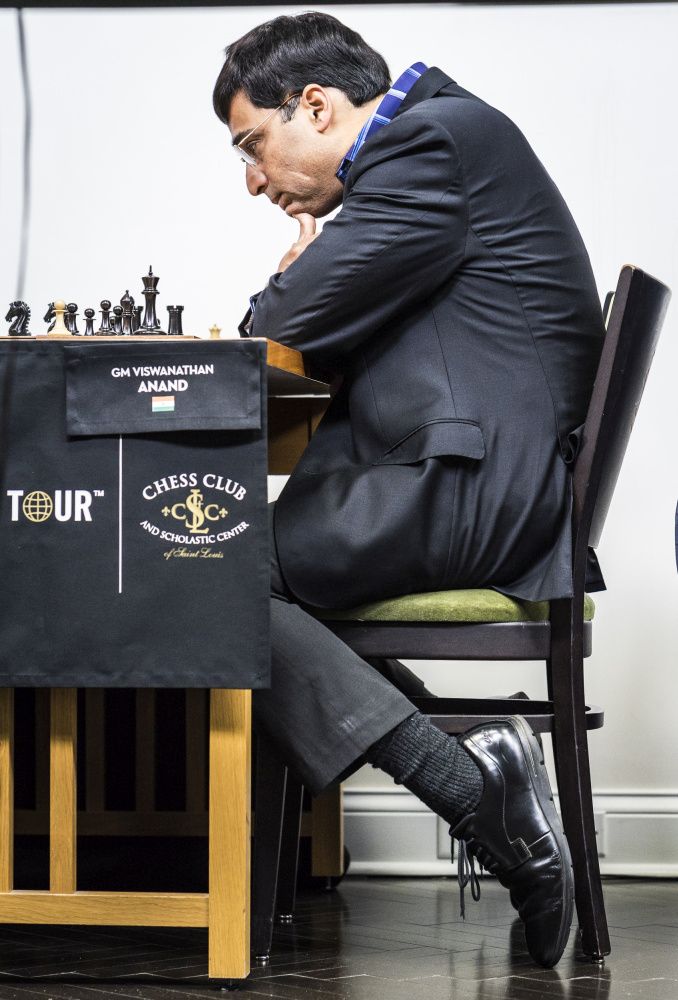 But this was a game in which Anand probably didn’t exploit his chances, which might have been created by his opponent’s reckless push of the h-pawn in the opening:

Aronian - Anand, position after 22.a3 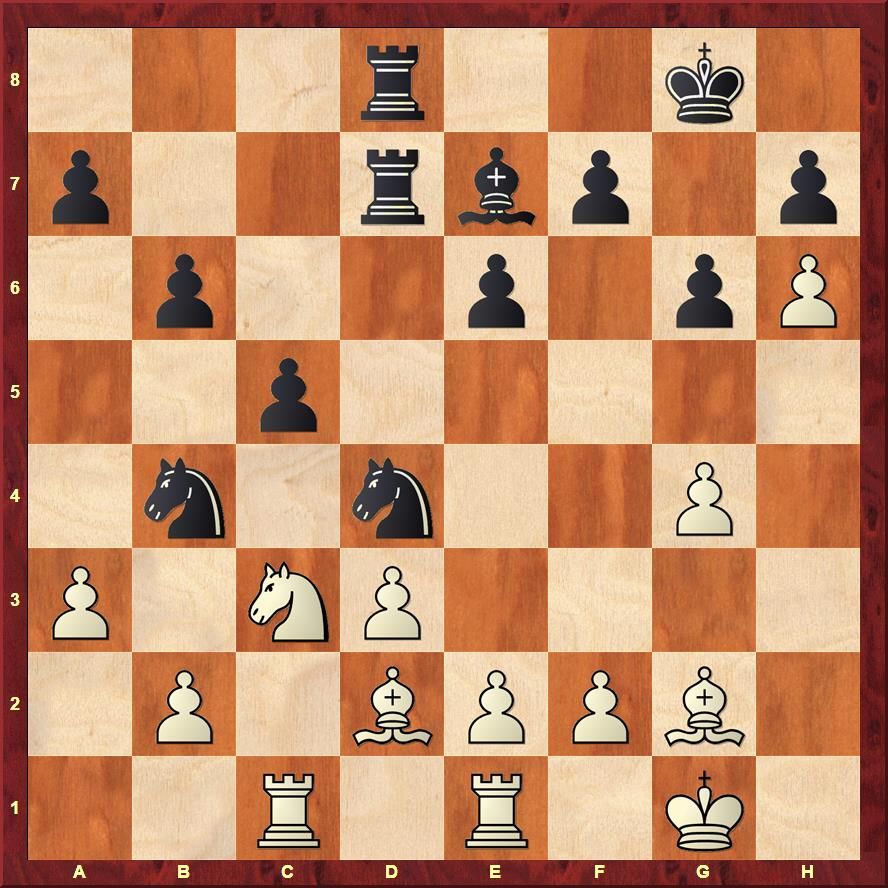 Peter Svidler - Wesley So was the bane of the spectator’s curse, the chaotic looking attacking game petering out to a simple draw due to the professionals’ deep opening preparation. 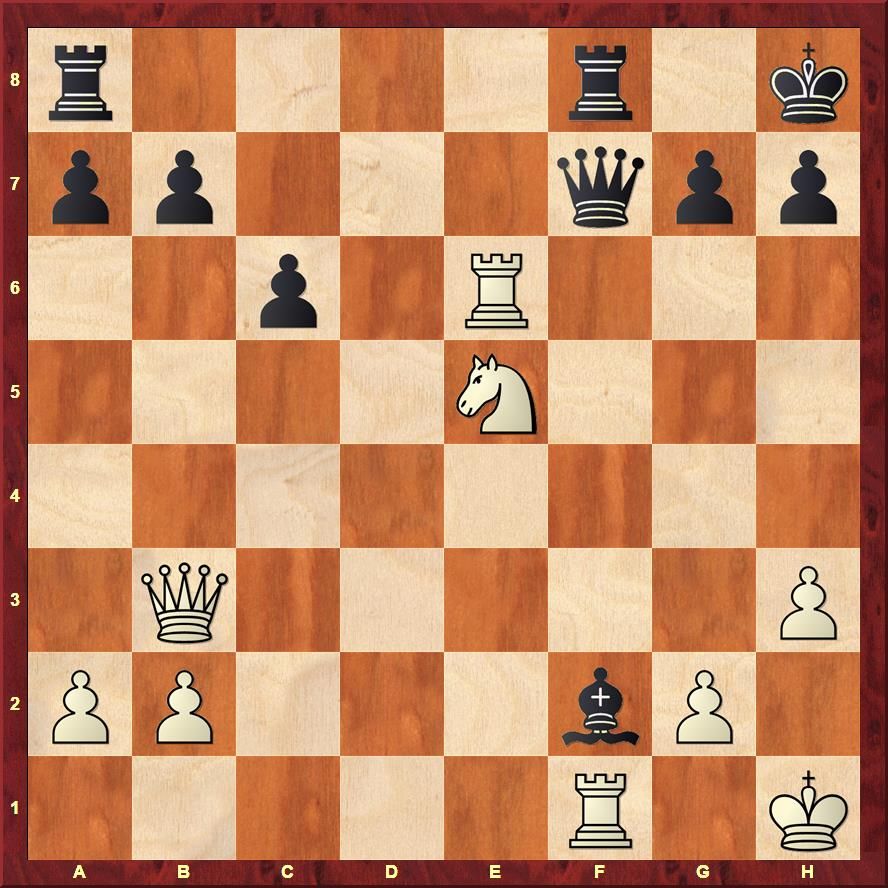 Even though the position looks threatening for Black, So came up with the coldblooded 25...Qg8 to maintain simple equality 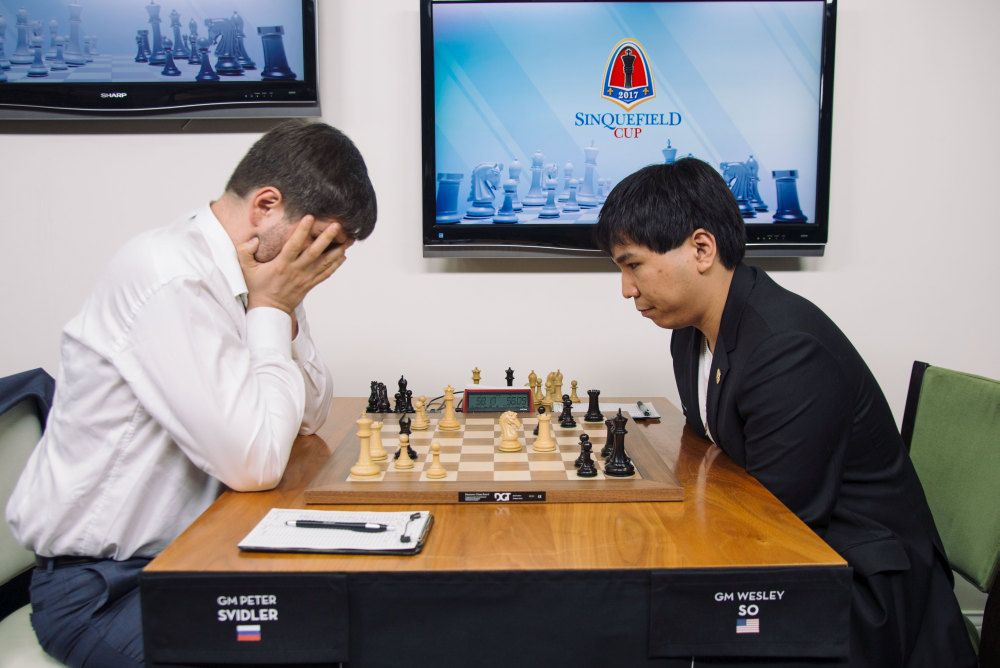 Caruana - Karjakin was another of those perfect games where even though black sacficed a pawn, the game never got out of control, ending in a draw in 31 moves. 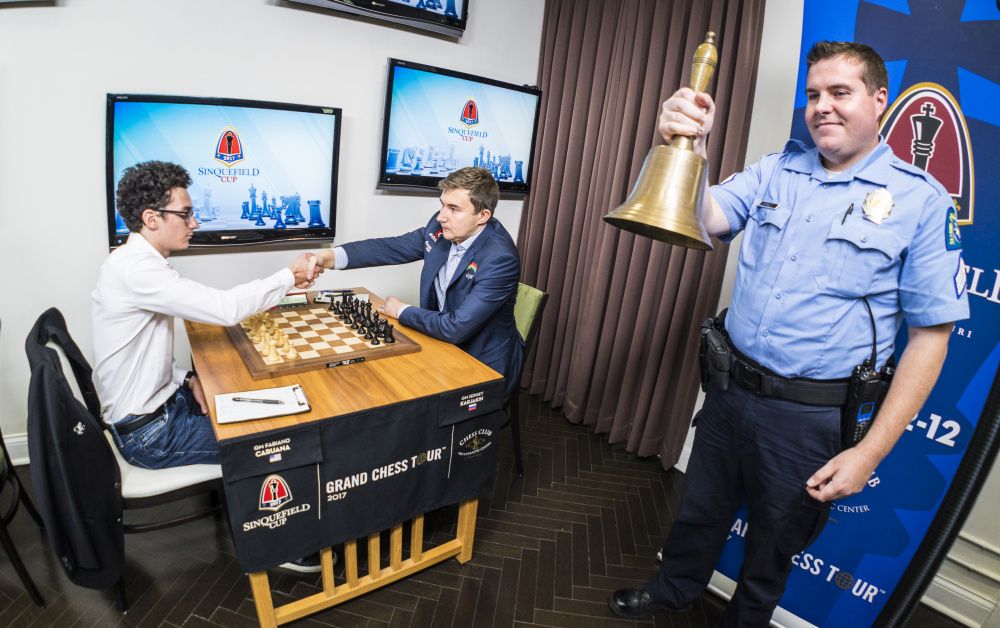 Crosstable after round four: 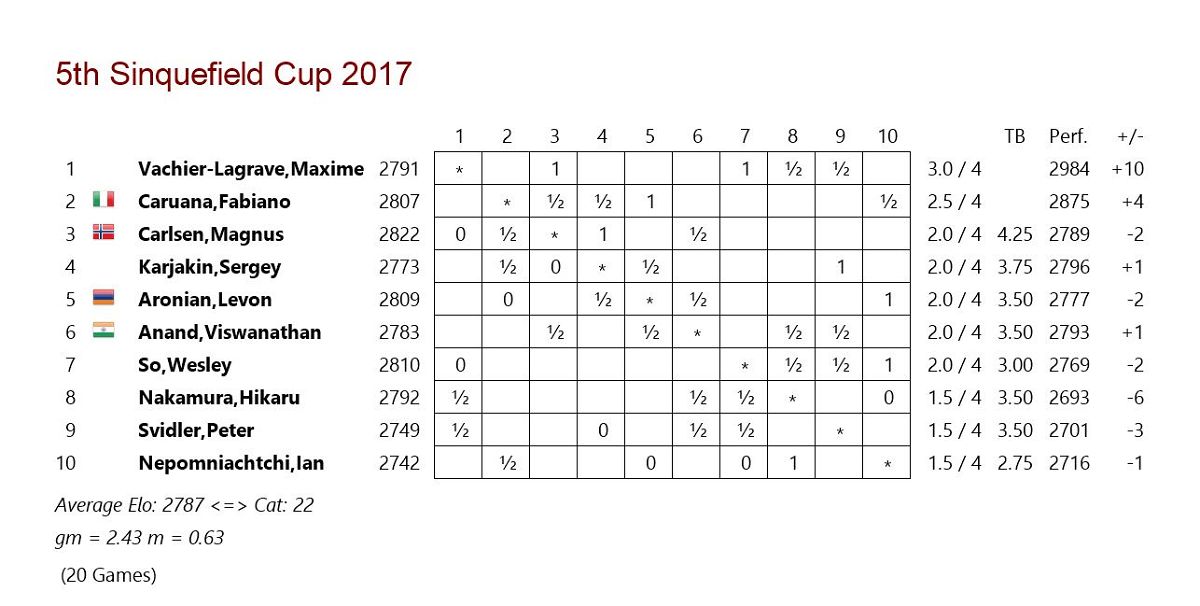