The Frenchman Vachier-Lagrave showed superb form as he completely outclassed Rapport with black to score a second win. Yesterday's loser Ding Liren bounced back with a win over Saleh Salem who failed to find a way to stop the Chinese player's massive attack. Azeri player Mamedyarov was the third winner of the day, defeating Tomashevsky in 37 moves. The day might have seen four wins had Li Chao converted his dead won endgame against Hou Yifan, but instead let her escape.

It is early in the first Grand Prix in Sharjah, United Arab Emirates, but Maxime Vachier-Lagrave has to be happy with his start as he has won both his games to take the early lead in the tournament. Shakhriyar Mamedyarov of Azerbaijan and Michael Adams of England trail by half a point. 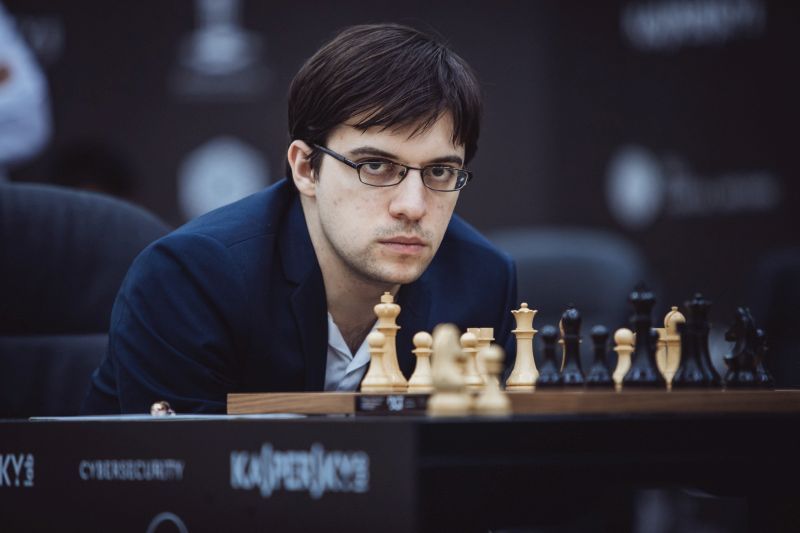 After two rounds, with 2.0/2 MVL is the sole leader of the event

Sharjah is the first in a four-tournament series that will include competitions in Moscow, Geneva and Palma de Mallorca, Spain. There are 24 players in the Grand Prix with 18 in each tournament. The top two scorers at the end of the series will qualify for the Candidates tournament next year to select a challenger for the World Championship.

Sunday, in Round 2, there were three decisive games. Vachier-Lagrave beat Richard Rapport of Hungary with Black. Rapport, who tends to play some off-beat systems, used Larsen’s Opening (1. b3). Neither player got much of an edge in the opening, but a decision by Rapport to castle kingside after he had pushed his pawns well forward allowed Vachier-Lagrave to infiltrate. Eventually Vachier-Lagrave won a pawn and then ground Rapport down in a long endgame. 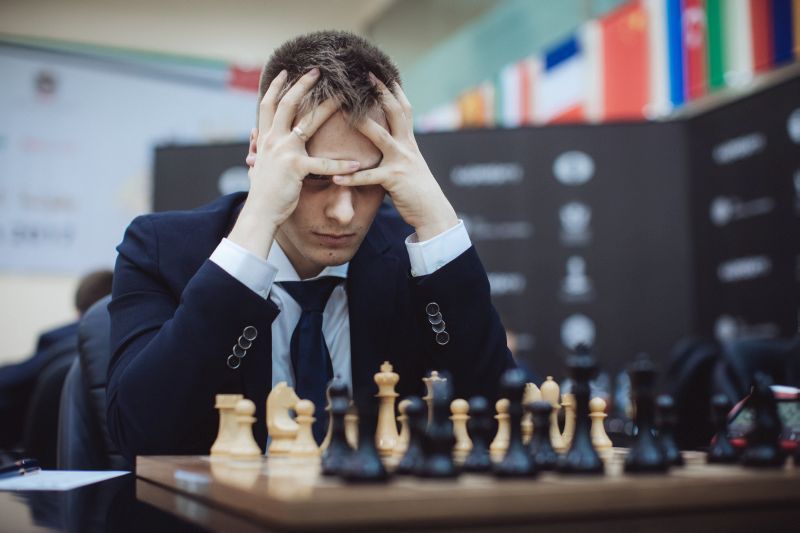 Richard Rapport played the kind of chess he is good at, but MVL proved to be just too strong
Last FIDE Grand Prix MVL started 2.0/2 but then won only one game out of the remaining 31 games

Mamedyarov beat Evgeny Tomashevsky of Russia by initially outmaneuvering him when he was saddled with “hanging” pawns on the c and d files. Tomashevsky fought through to the endgame, but Mamedyarov had the bishop pair and more active rooks, and Tomashevsky had a terrible light-squared bishop. He resigned even though he had not lost any material because he was so tied down. 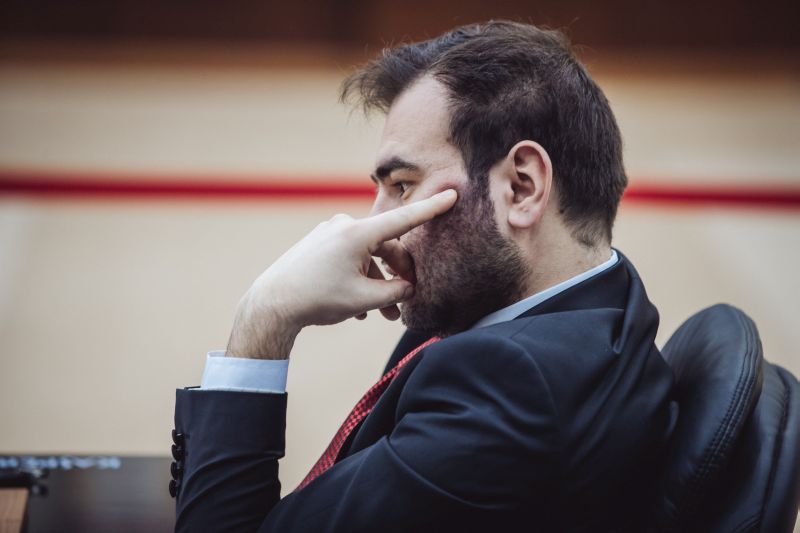 The third victory was by Ding Liren of China, who bounced back from his loss to Rapport in Round 1, by beating Saleh Salem of the host country. Ding, who had black pieces, launched an attack against Salem’s king, eventually won an exchange and was marshalling his forces for a final assault on the h-file when Salem resigned. 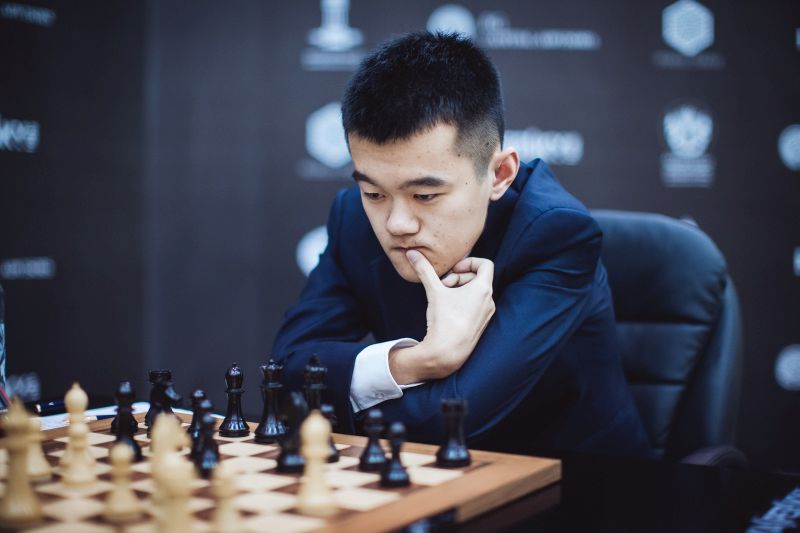 Ding Liren showed that he is not afraid to push his kingside pawns and park his king in that zone! 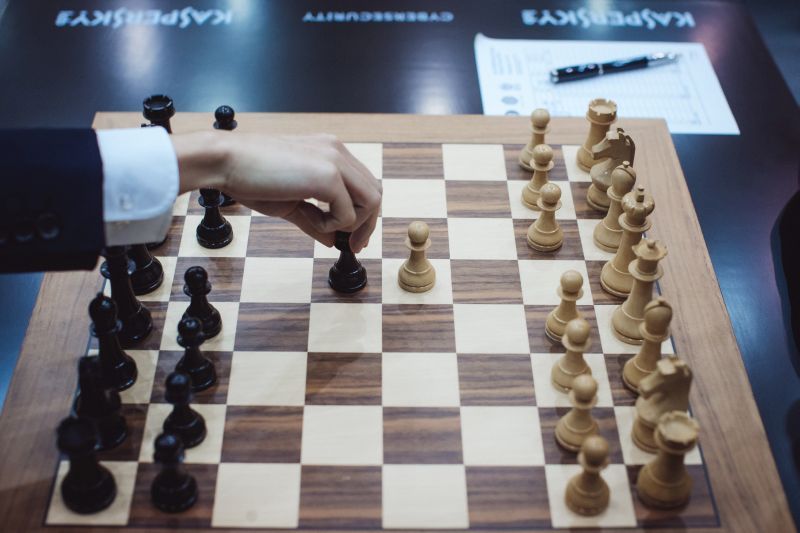 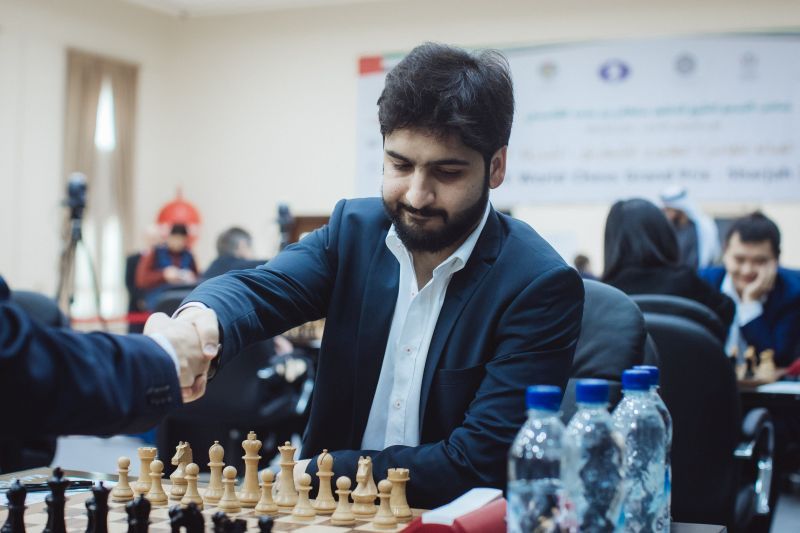 Salem, his country’s first representative in a Grand Prix, is off to a tough start as he has now lost both his games. 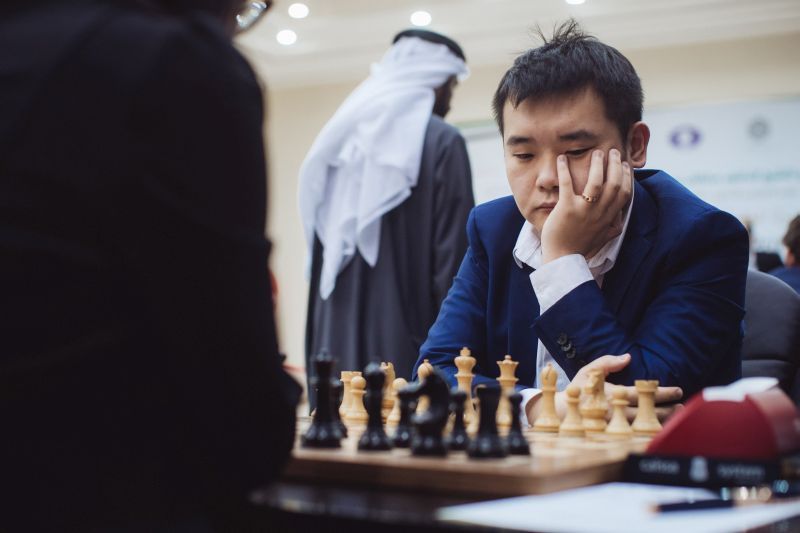