The Sharjah Grand Prix took off from the 18th of February 2017. In a very interesting field the top players include MVL, Aronian, Nakamura and four more players above 2750. This is the first of the four legs in the Grand Prix cycle. Each player has to play three events out of the four and qualify for the Candidates. Although Harikrishna isn't playing here, he will be in action in the other three. We have the round one report which had three winners: Adams, MVL and Rapport.

The first Grand Prix of 2017 got underway Saturday in Sharjah, United Arab Emirates, with 18 of the world’s best players. The top two finishers in the four-tournament series, which will also include competitions in Moscow, Geneva and Palma de Mallorca, Spain, will qualify for the Candidates tournament next year to select a challenger for the World Championship. There are 24 players in the competitions, with each playing three of the four tournaments. Harikrishna is the only Indian in this Grand Prix cycle. But he is not playing the first leg. He will play in the remaining three.

Each Grand Prix has a prize fund of 130,000 euros, with 20,000 euros for first. The series is being organized by Agon. The primary sponsors for the Grand Prix are Kaspersky Lab, a global cybersecurity firm; EG Capital Advisors, an institutional money manager with $3 billion under management; S.T. Dupont, a French luxury goods manufacturer; and Isklar, a Norwegian mineral water company. 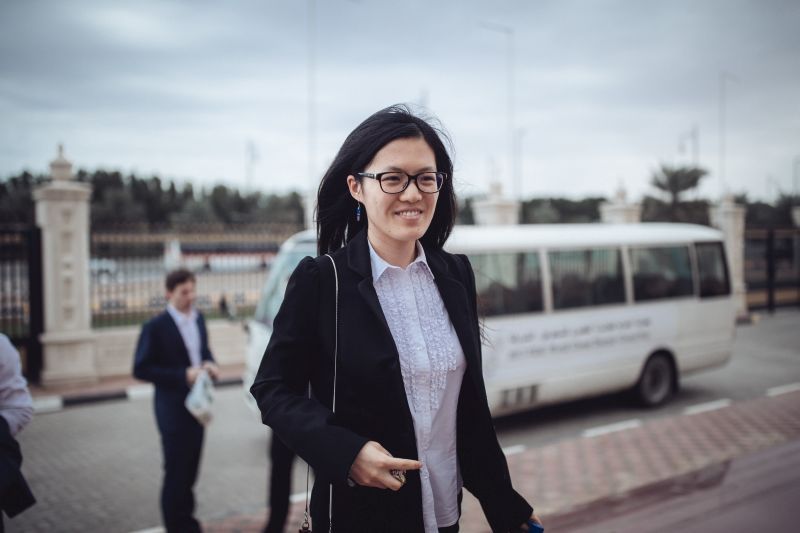 Saturday, three of the nine games ended decisively. Perhaps the least surprising was the victory of Michael Adams of England over Salem Saleh, a representative of the host country. Saleh, the first player from his country to play in the World Championship cycle, is also the third-lowest ranked player among the 24 in the Grand Prix, while Adams, No. 16 in the world, is one of the most experienced. Adams, who had White, gained only a small advantage out of the opening, but then he patiently outmaneuvered Saleh until the Arab grandmaster began to make some errors. Eventually, the cumulative effect was too much and Saleh lost his queen for a rook and bishop. After that, it was just a matter of time before Adams converted his advantage into a full point. 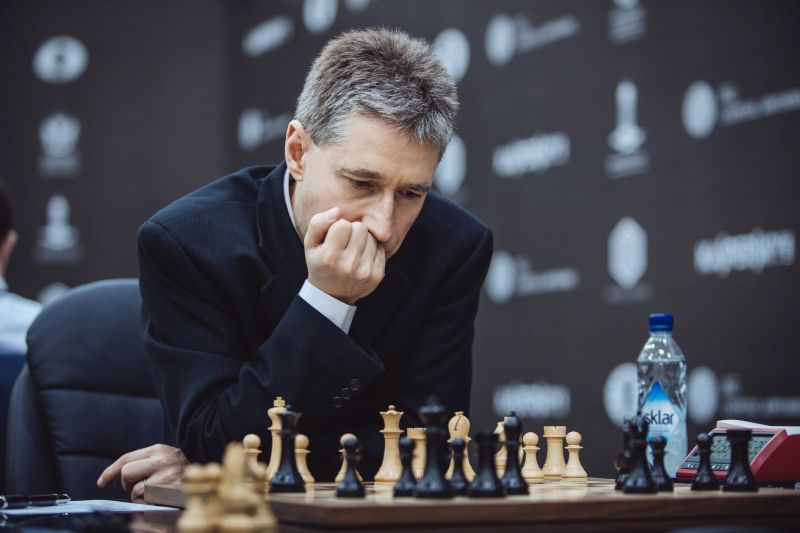 The evergreen Mickey Adams played a strong game to subdue... 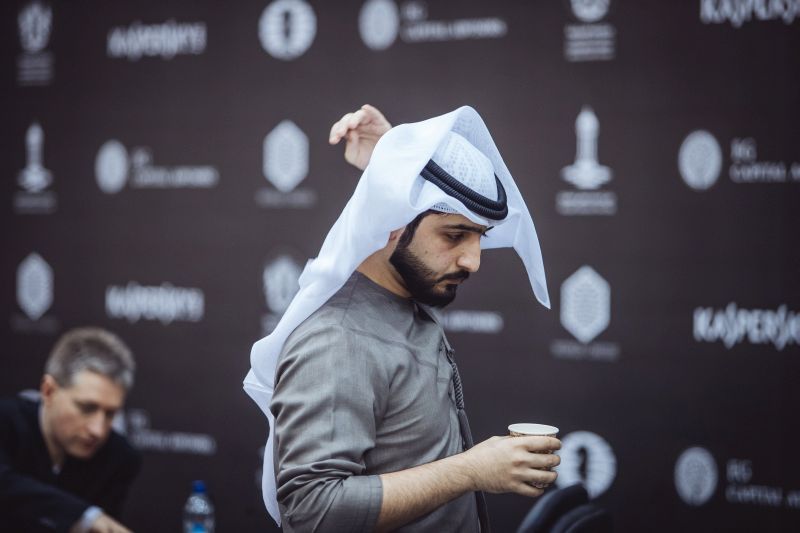 Ding Liren, China’s top player, who is ranked No. 12, lost to Richard Rapport of Hungary, No. 50, after he blundered in an equal position on move 34, dropping a couple of pawns. 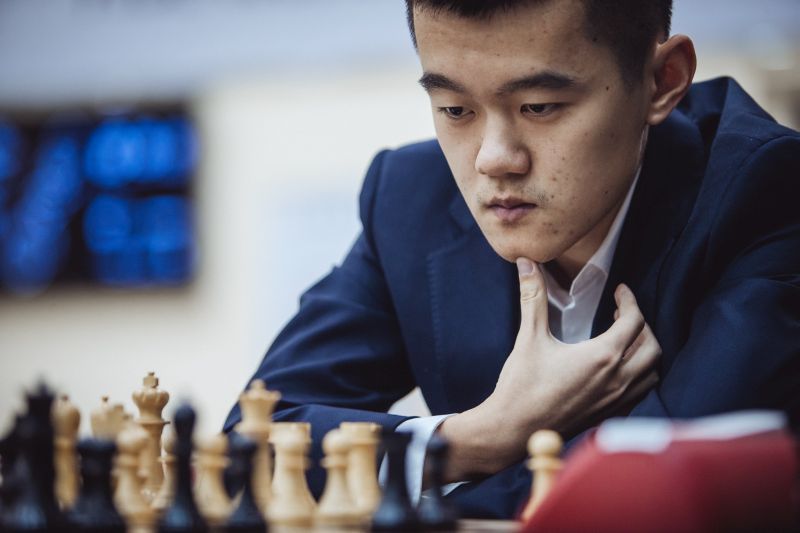 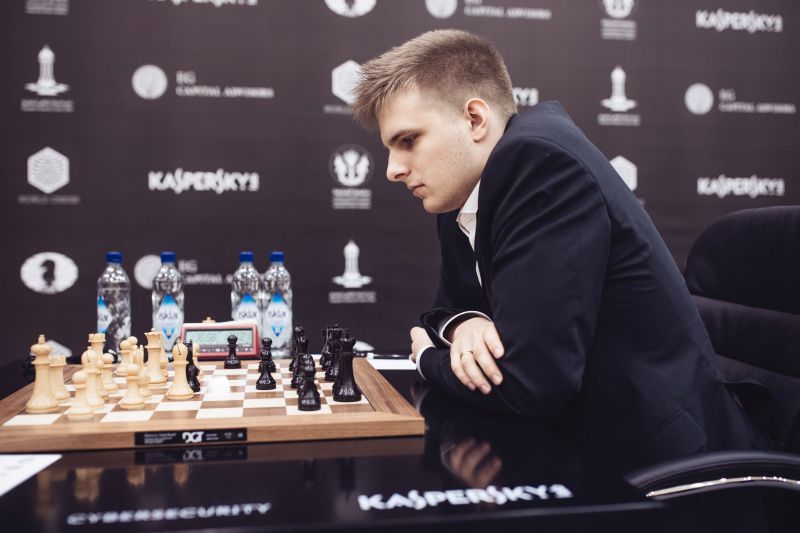 Will this be Richard Rapport's tournament?

The third victory was scored by Maxime Vachier-Lagrave of France, No. 5, over Li Chao of China. Vachier-Lagrave, who had White, outmaneuvered Li in an endgame in which Vachier-Lagrave’s bishop pair, and the awkward position of Li’s king, proved to be the crucial difference. 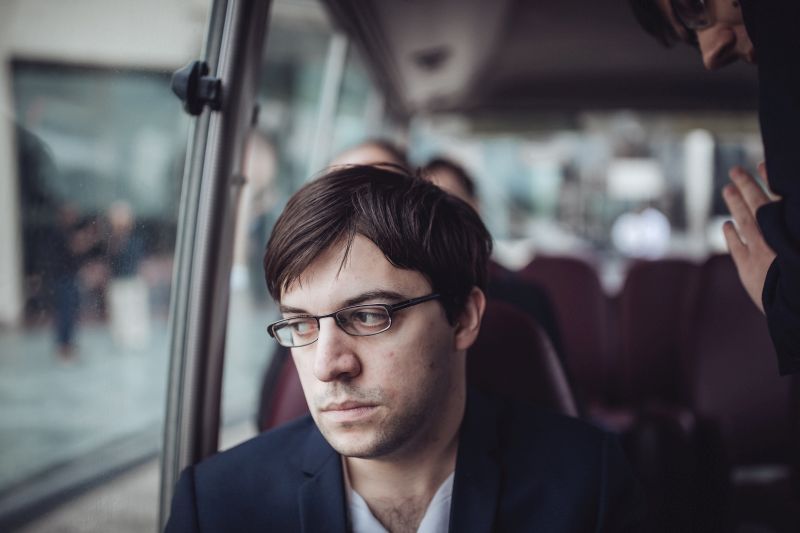 MVL in a poignant mood before the round 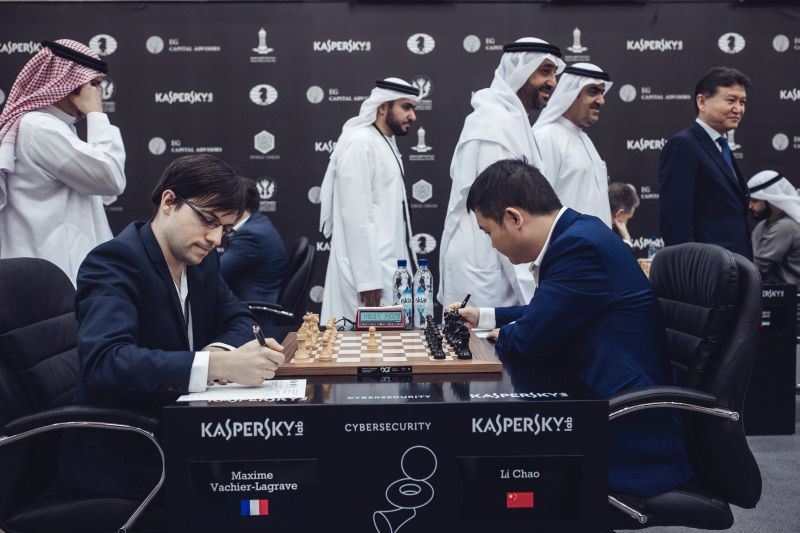 You cannot cheat and become a Candidate! 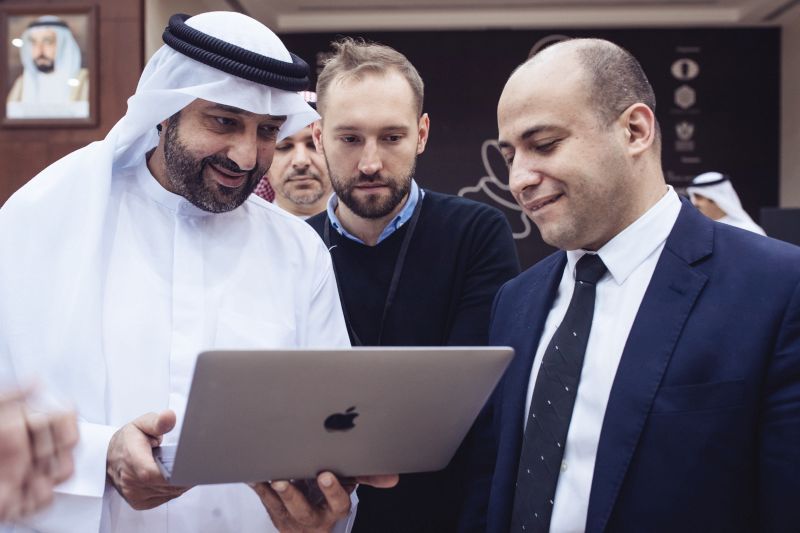 Ilya Merenzon, CEO of Agon, shows the sponsor what he gets in return for his investment