Peter Heine Nielsen is considered one of the greatest opening experts of our time — former second to Viswanathan Anand and current coach of Magnus Carlsen. On this ChessBase DVD, GM Peter Heine Nielsen invites club and tournament players to try one of the richest opening systems in modern chess: the Semi-Slav. It is an opening that has fascinated countless top players. Peter Heine guides you through the often dauntingly complex systems and offers detailed analyses of the critical lines. Davide Nastasio studied the DVD deeply and shares his findings with our readers. 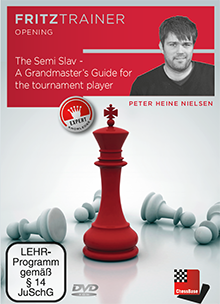 I was interested in this DVD because in one of my last tournament games, due to my faulty memory, I entered into a Semi-Slav instead of the Slav. I realized after the game I should have played differently.

Clearly, I needed to fill up this void in understanding and knowledge of an opening which has been used by all the greatest champions, and which could become useful in my next tournaments, as well as in match play.

The introductory video made by GM Nielsen was eye opening on the complex task of learning the Semi-Slav, and the ramification of its possible transpositions.
He informs us that he began to be interested in the Semi-Slav late in life when he began to work with former world champion Anand, who is an expert in this opening. 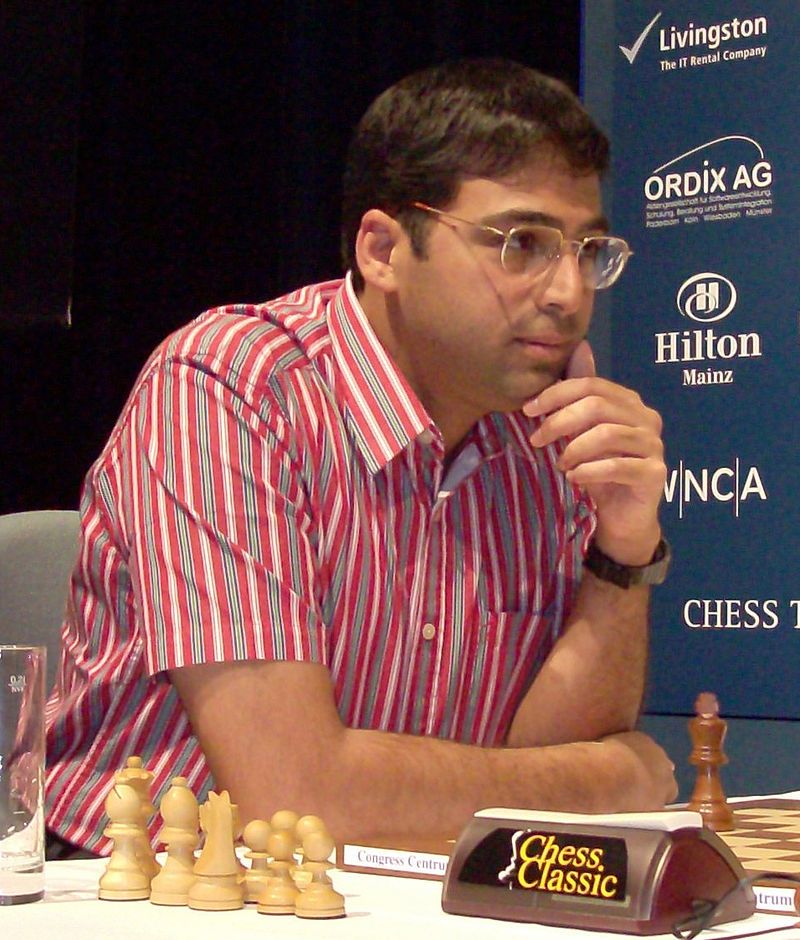 When it comes to openings, when a name is mentioned as an expert, I play through his/her games to begin to form an idea of how the opening is played, in this specific case by one of the best champions of all times. 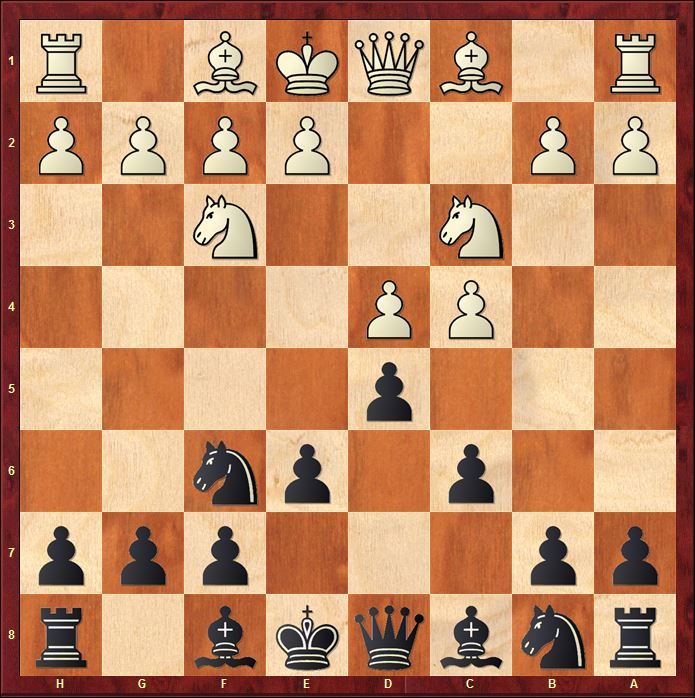 Nielsen begins to show the initial position of the Semi-Slav, reached after the moves: 1.d4,d5; 2.c4,c6; 3.Nc3,Nf6; 4.Nf3,e6; and discusses the various ways to arrive at this position through different move orders.

I appreciated the way Nielsen used his mastery of this opening for bringing us into the maze of the Semi-Slav. For example, he warns us of how White could avoid to let us play the Semi-Slav through the following moves: 1.d4 d5; 2.c4 c6; 3.Nf3 Nf6; 4.e3... 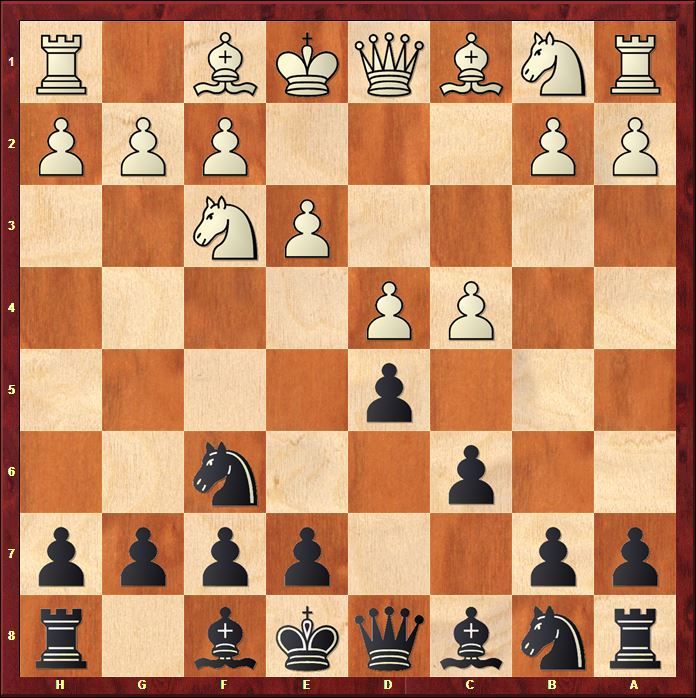 He tells us this system is played by many players, and the names which come to his mind are Carlsen, and Gelfand, and Kramnik who used it successfully in his match against Topalov. A match we all remember and is well exemplified by the following cartoon: 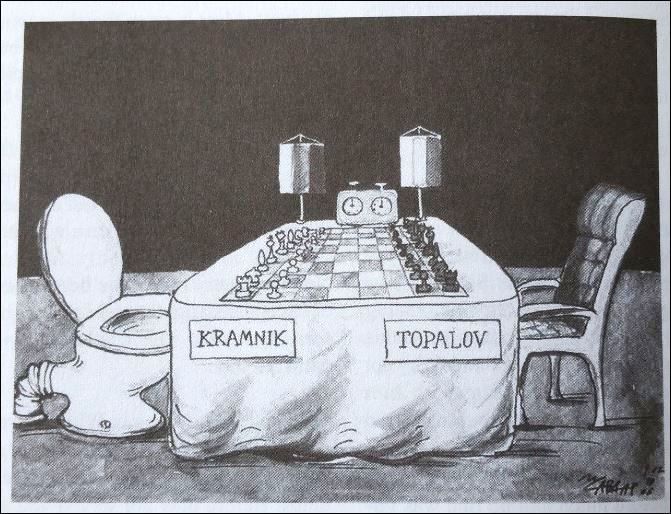 Practically, Nielsen shows the disadvantages of playing the 2...c6; move order typical of the Slav in order to enter the Semi-Slav. 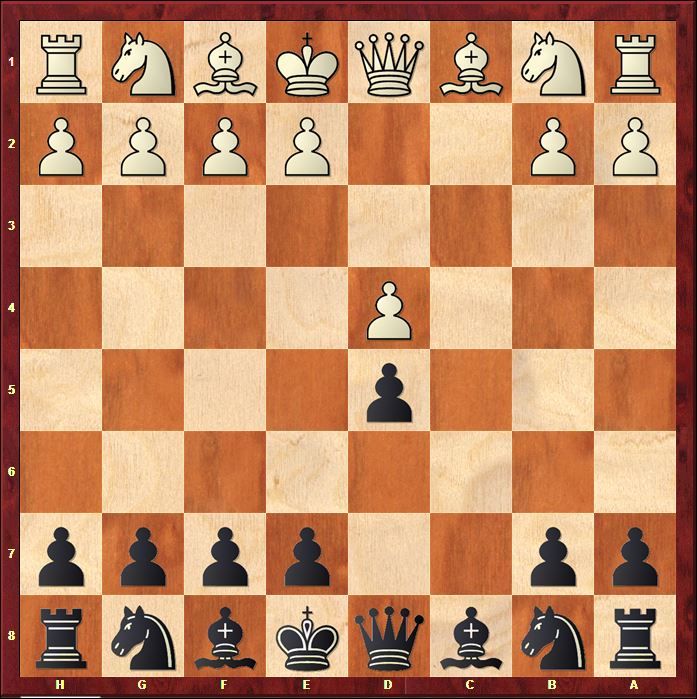 ...which was considered harmless, but under champions like Kramnik, and Aronian, became something one should be careful about. Some of these champions mentioned play both the sides! 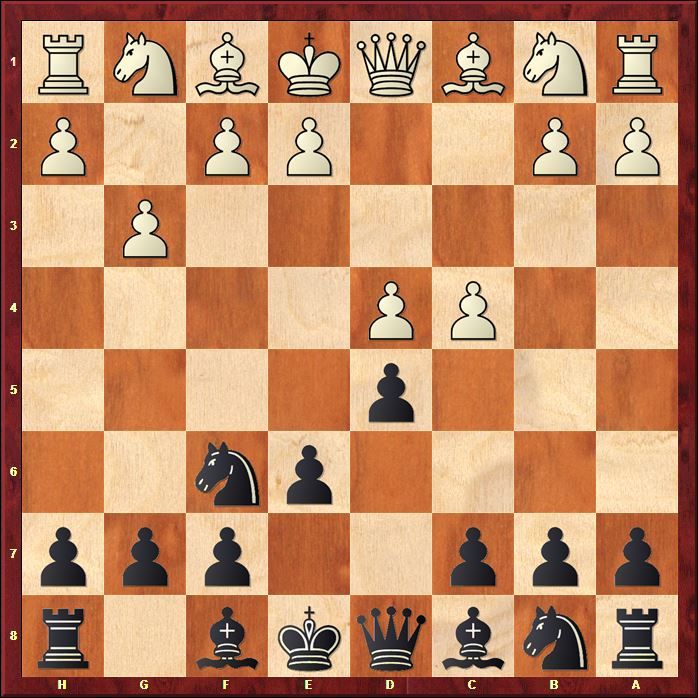 Nielsen also warns that some transpositions are unavoidable like if Black tries to enter the Semi-Slav, and White plays the Catalan after 1.d4 Nf6; 2.c4 e6; 3.g3, and Black continues with 3...d5. 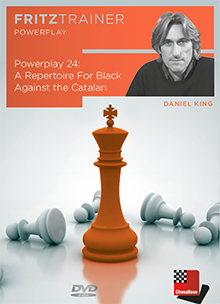 Nielsen shows also another transposition used by Anand against Carlsen which enters into the triangle Slav, which can re-enter into the semi-Slav. 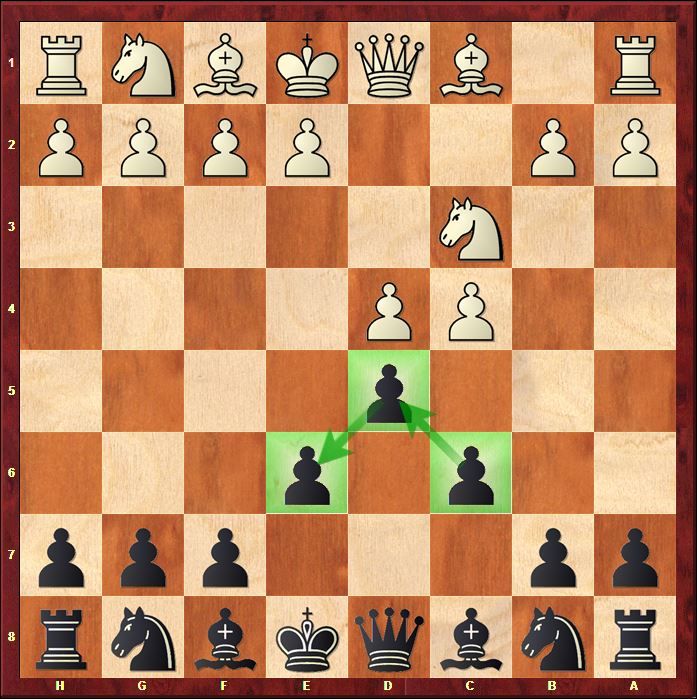 Previously Chessbase had, with GM Michal Krasenkow, released a DVD on this triangle system/Semi-Slav, which also showed possible transpositions into other openings, like the Stonewall Dutch, and how Black dealt with them. 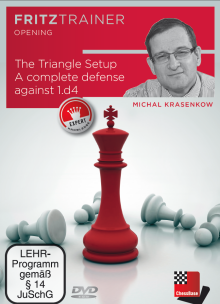 For those who are serious into learning this opening, then I believe also GM Krasenkow DVD is a must because we can learn the perspective and the tricks of two different chess minds.

I like Nielsen's approach because it is sincere. While many chess players, especially at the amateur level like me, try to find a way to cut the corners, but in chess, such way doesn't exist, if one really aspire to become a master player. 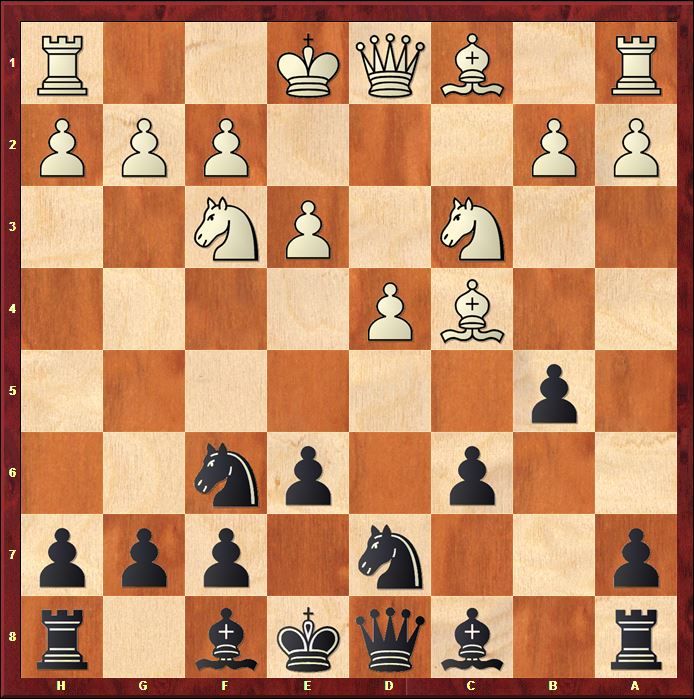 Once more, I'd like to reiterate how important is to watch the games played in this variation. I have Chessbase Megabase 2015 (The new Chessbase 14 is ready for you, and has the new Megabase 2017 with updates), inserted the moves, and hit the filter with searching the position. Result: I got more than 12 thousand games. Obviously, I cannot watch them all. But even before watching the six videos explaining the Meran in detail, I've selected a sample of 10 games from the classical period, let's say 1900-1930 with the big names we all know: Capablanca, Alekhine, Lasker, Rubinstein, and I watch their games fast. Then I selected a sample of 10 games from the modern period, with other big names like Ponomariov, Kaidanov, Dreev, Muzychuk.

While watching the games, I just observe the squares where they develop the minor pieces (for example from the classical games one notices where Black developed the light squares bishop, and then can compare with the modern games played after the year 2000), or where they start a battle. Then I watch the videos because I'll better be able to connect what I've seen in the games, with what Nielsen, as a good teacher, is trying to convey to me. 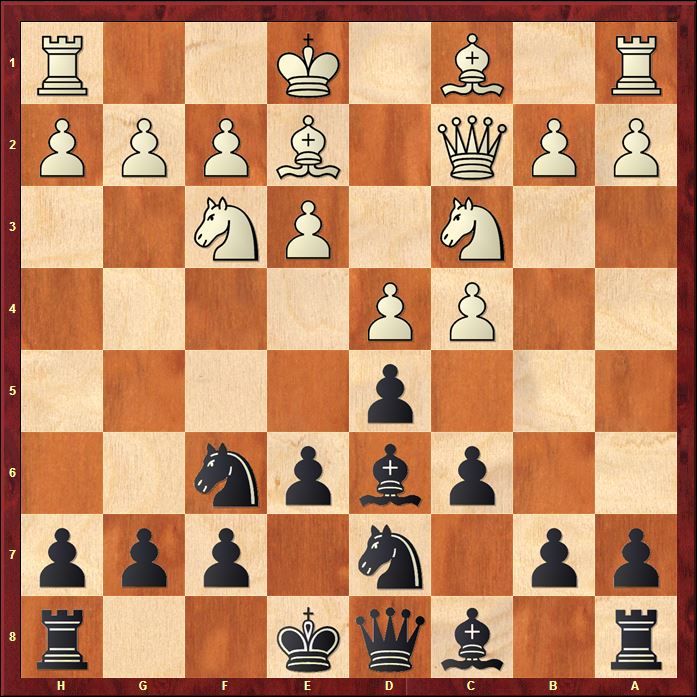 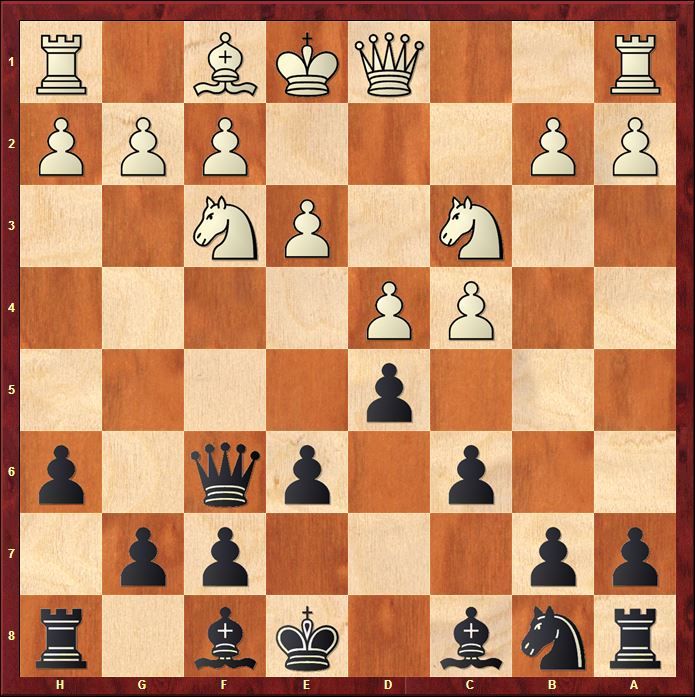 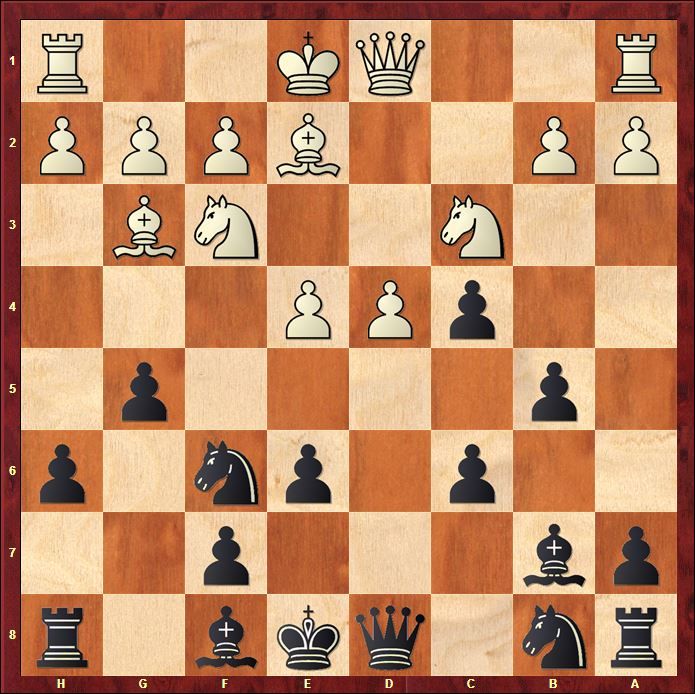 The DVD ends with two videos of alternatives to the Moscow and Anti-Moscow, and three videos on different 5th move alternatives. After the videos follow a series of 10 interactive testing positions, in which Nielsen shows us some positions, asking to find the right move or plan, and gives us feedback if we don't get it right.

The DVD comes with two databases, one of the working materials which Nielsen used to teach in the DVD mde up of 20 games, and the other with 59 model games. In the model games many are coming from Anand, Shirov, and Topalov. So it could be a good idea to make a database of their games as Black, in order to be better prepared to face lines that were not treated in the DVD because of their rarity.

Before finishing the review, I'd like to share with the readers a game from the Model Games database of the DVD, which is in my opinion, a gem we should all know. Notice, this was the last tournament Kasparov played as professional before retiring.

It gave me the chance to better understand an opening which I didn't know. To fill up my misunderstandings with some correct patterns, and ways to develop my pieces. It helped me to create a timeline, and evolution of the ideas behind the opening, watching the games of the champions of the past. Now I should be better prepared for my next games since this DVD helped me to add another rung on the ladder toward chess mastery. 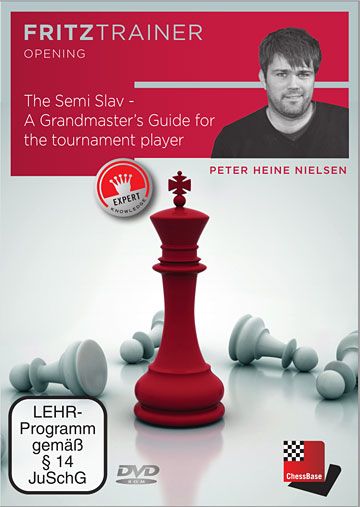 With interactive training including video feedback, an exclusive database with 50 model games.