Sergey Karjakin showed why he is the world blitz champion as he amassed eight points out of a possible nine on day one of the Saint Louis Blitz. This helped him come closer to Levon Aronian on top of the leaderboard, but the Armenian maintained his consistent play and leads the combined rapid and blitz event by two points. With the players getting five minutes each and three seconds delay, it would be a bit too much to not expect errors, but having played the Sinquefield Cup and the rapid section, the fatigue surely had a say in many of the games. Saravanan reports from Saint Louis.

Reigning World Blitz Champion Sergey Karjakin dominated the first leg of the Blitz event as he scored 8 points out of a possible 9, but still pronounced that he was ‘actually very angry that I didn’t win my first game against Garry!’ in their mutual encounter. 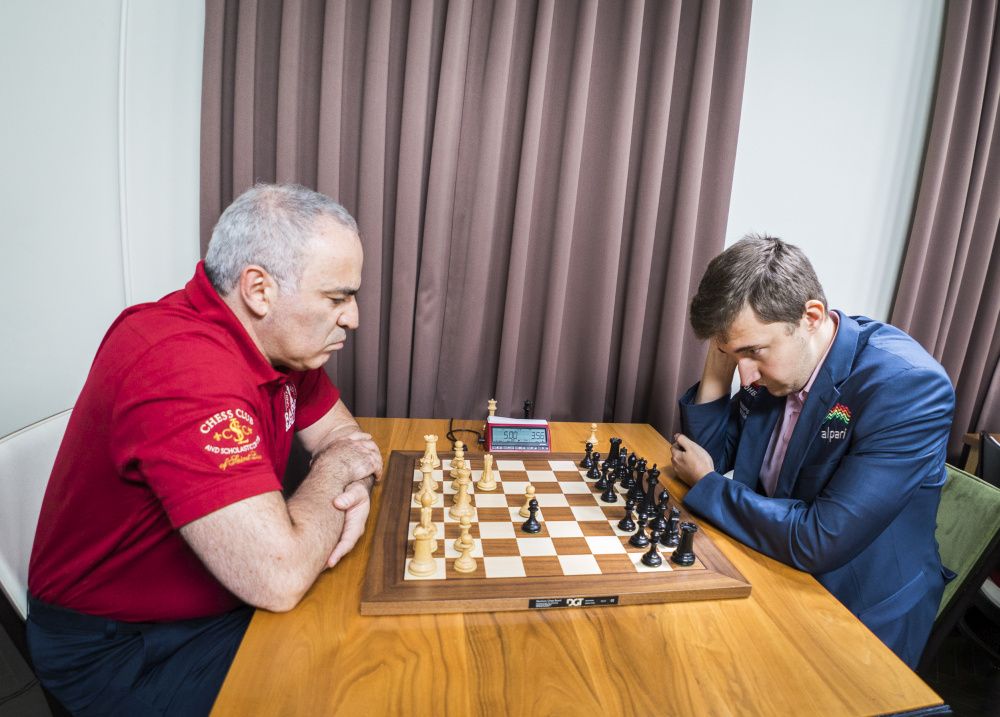 Karjakin  - angry with himself for not beating the legend | Photo: Lennart Ootes

Karjakin’s frustration was justified, as he had a completely won position against Kasparov: 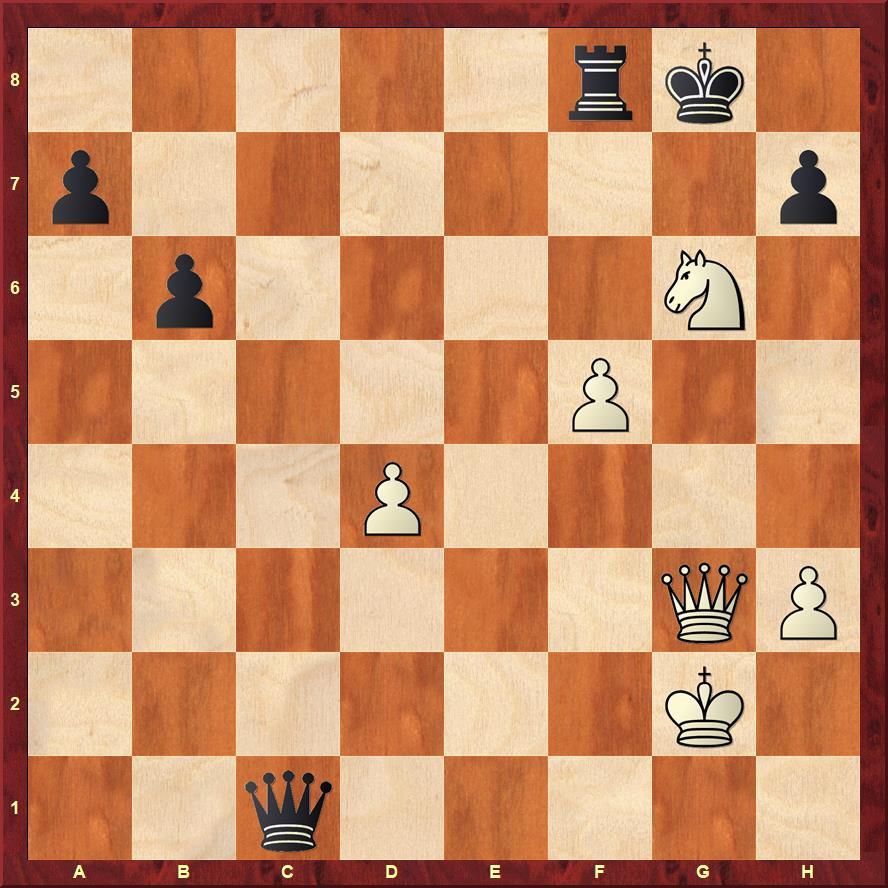 But his luck paid him back a couple of times too, most dramatically in the following drawn endgame: 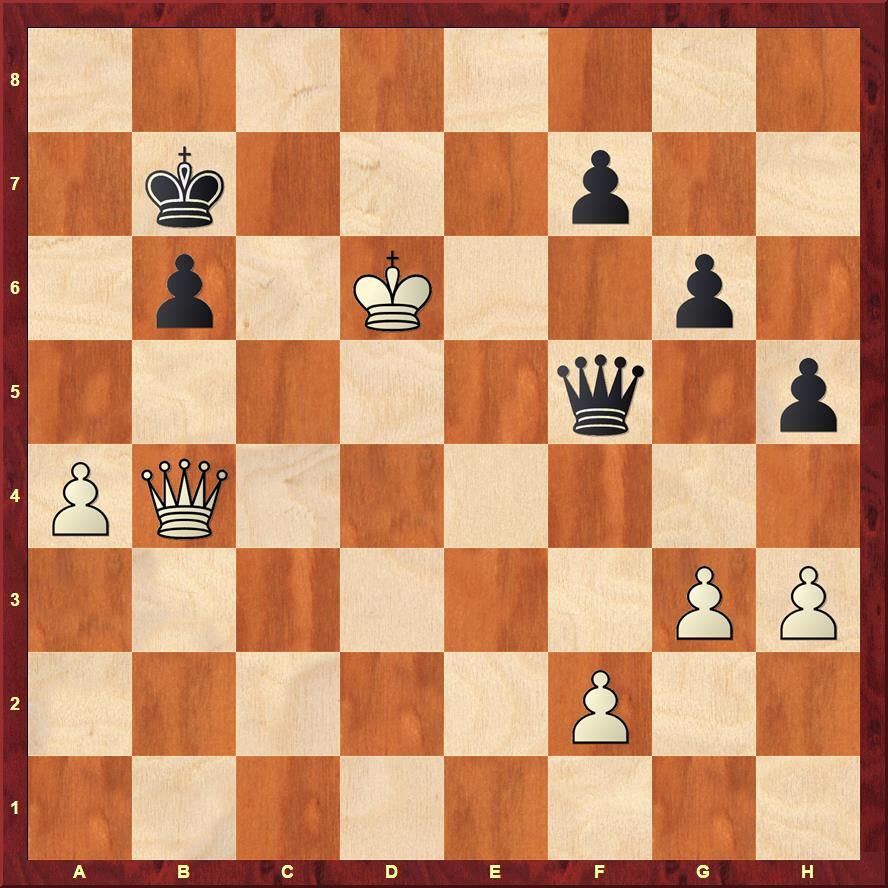 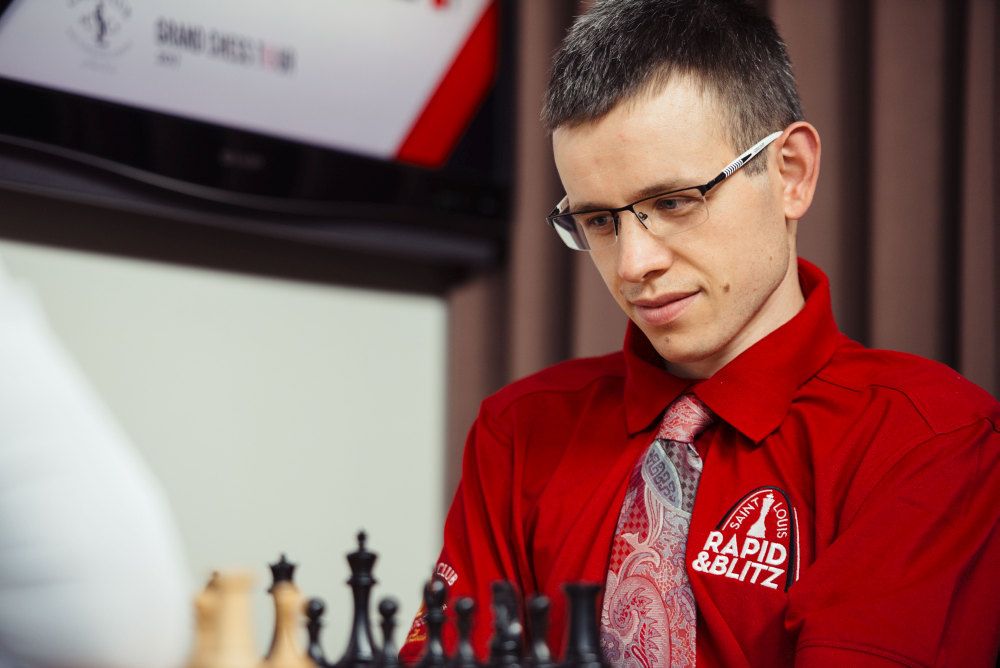 David Navara - allowing a mate in one | Photo: Austin Fuller

But Karjakin played many smooth games, best of them against Nakamura, Dominguez Perez and Caruana, making them look so easy: 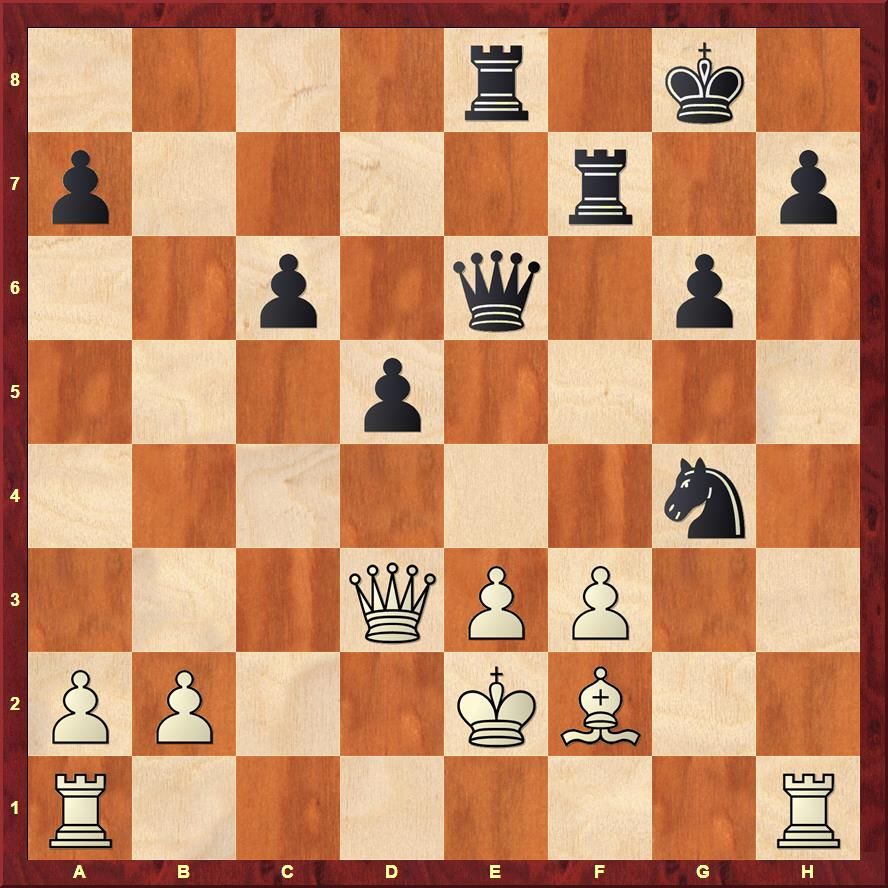 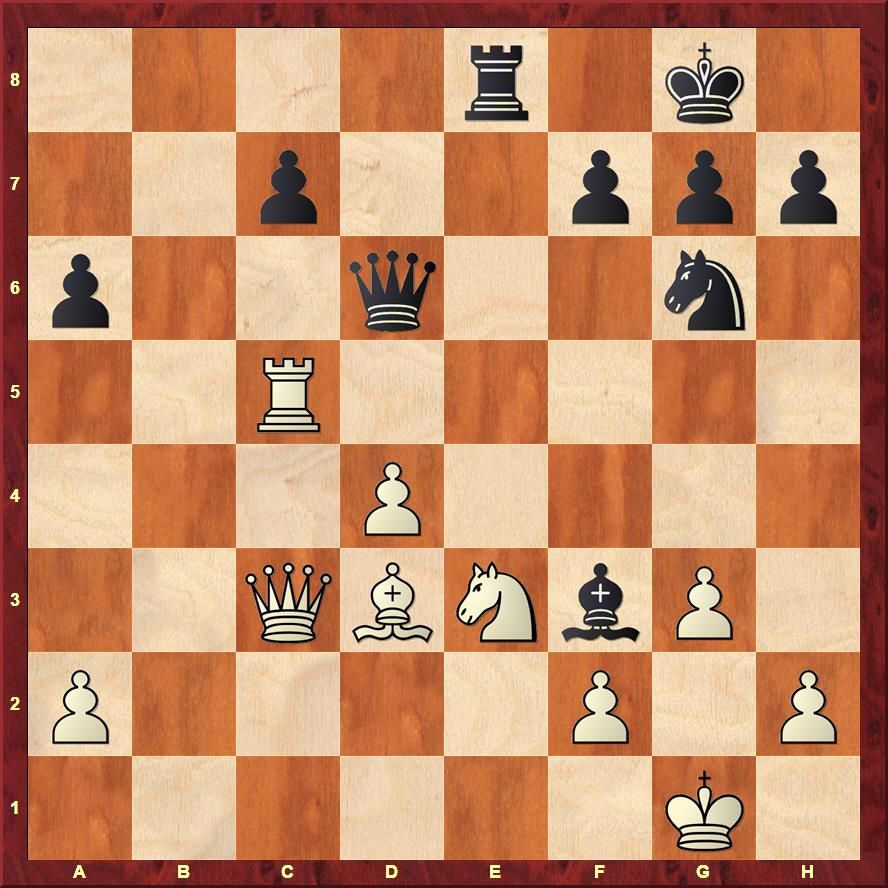 White is having a clear edge here, as he is winning either of Black’s pawns on the queenside. Starting from this position, he played almost perfectly, winning the game in 24 moves, the quality being as creditable if it came from a regular game. And when you see this game, you can understand his words later on, “Blitz is my favourite. I used to blitz a lot in my childhood. Maybe, only Naka played more than me on ICC!” 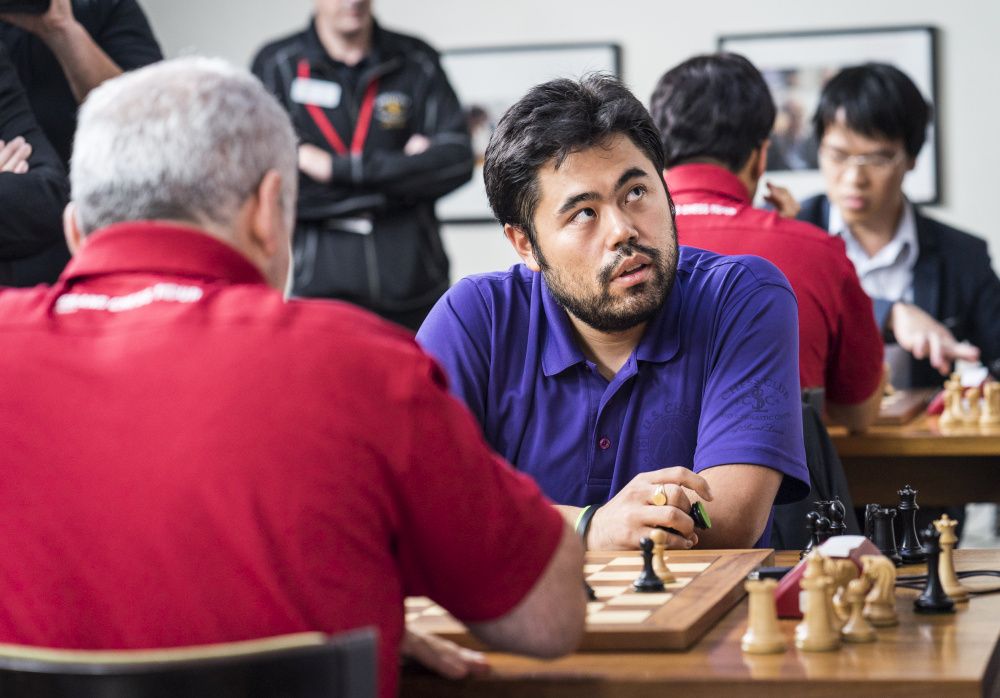 Nakamura comes up with this characteristic look up the ceiling whenever he is remembering his opening preparation | Photo: Lennart Ootes

As with any Blitz event, the twists and turns witnessed make the tournament delight to watch, especially as it involves many of the sharpest minds of the world. 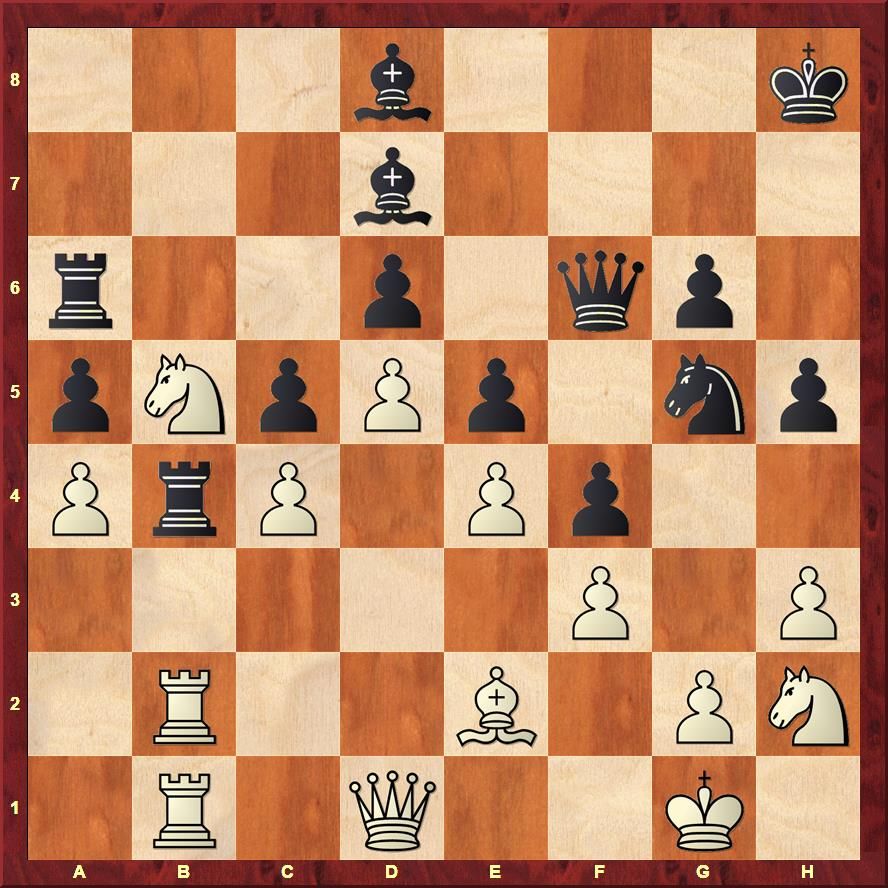 At the same time, there were notable mishaps too: 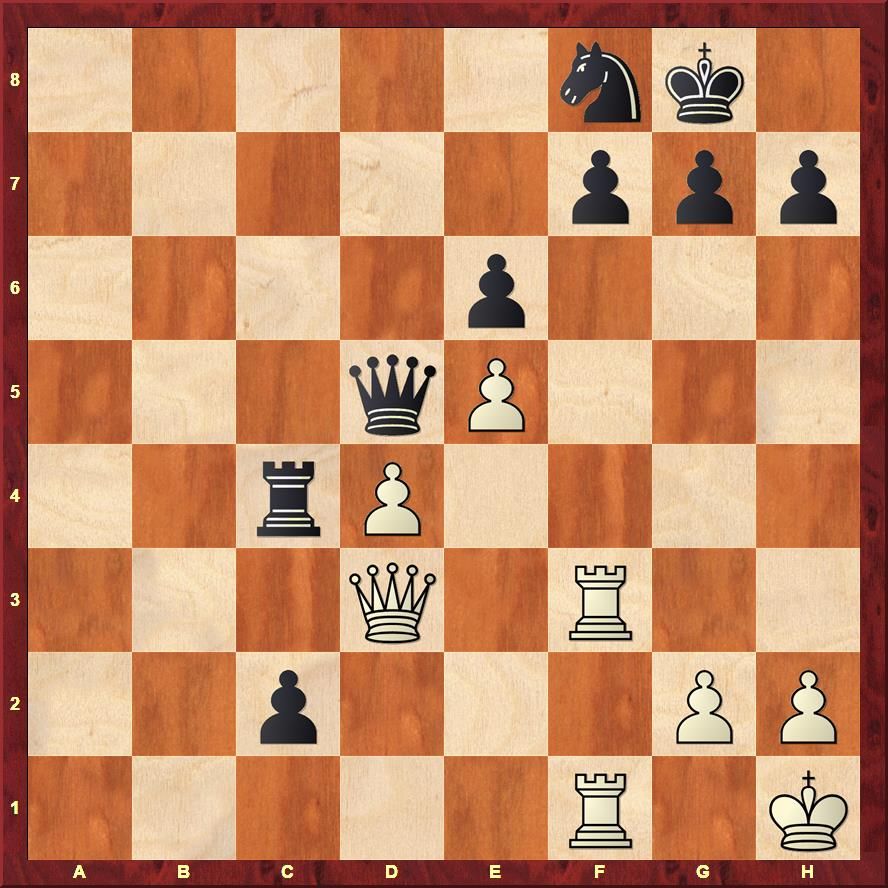 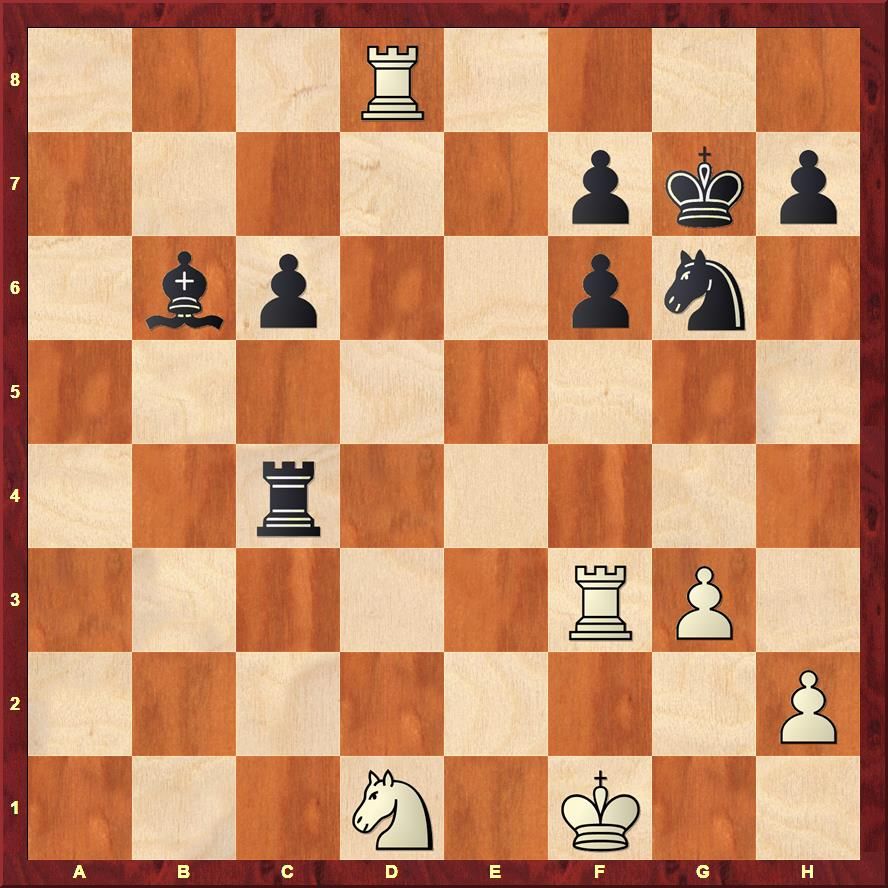 White is an exchange up, but the position remains equal. But tragically… 34.Rc3?? Rxc3 and Aronian resigned when it dawned on him that he had a hung a rook at d8.

Aronian continued to lead the overall standings where the score from the Rapid event also get combined. One more round-robin league of Blitz remain to be played on Friday, the 18th August. 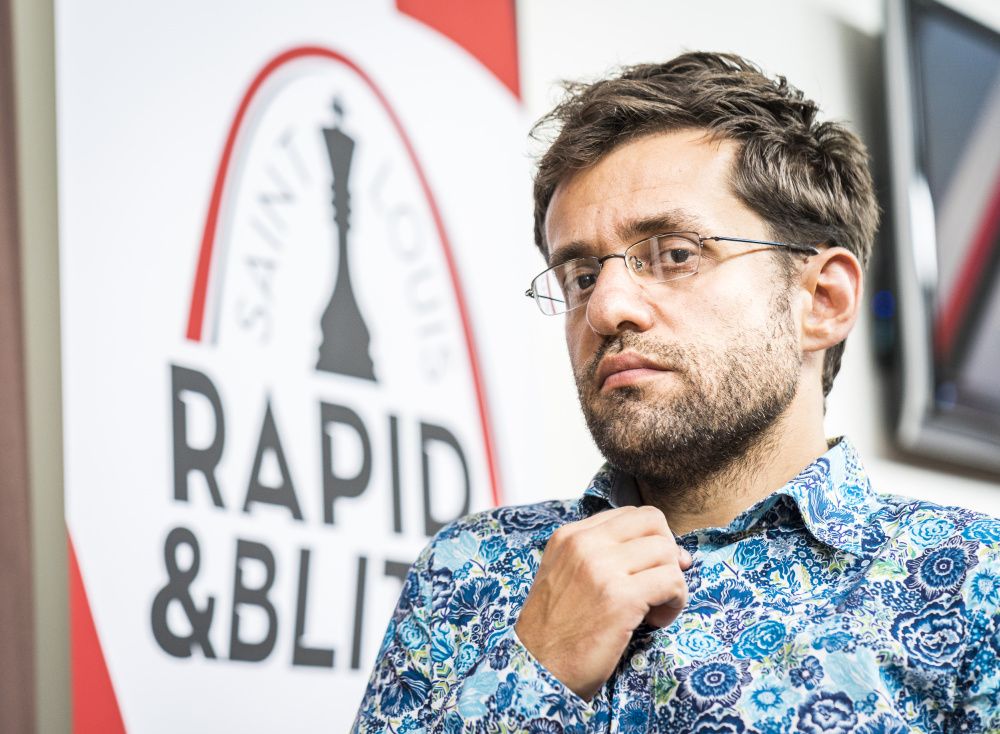 In Saint Louis, a minor difference in time control has made the Blitz event more interesting for spectators, and tenser for the players. It's not uncommon in international blitz tournaments to give both the players five minutes each for the whole game, plus an additional three seconds added to the clock after each move. Thus, for example, after making 10 moves on the board, the players would have used not only the initial five minutes, but also a cumulative gain of 30 seconds added to their clock.

But in the current event, instead of adding of three seconds, there is a Bronstein time delay of three seconds added back after each move. This means that when a player plays every move fast, he gains no additional time as a consequence. Rather, to opmtimise available time it would make sense to fully use all three seconds available for him for each move, which is difficult to do in practice.

The advantage for spectators is that the time you see on any player's clock is the maximum he will ever have in the game, whereas in other international events, a few quick moves can easily change the clock situation for a player dramatically. This is one reason why we have in fact seen several time forfeits occur in the event so far. 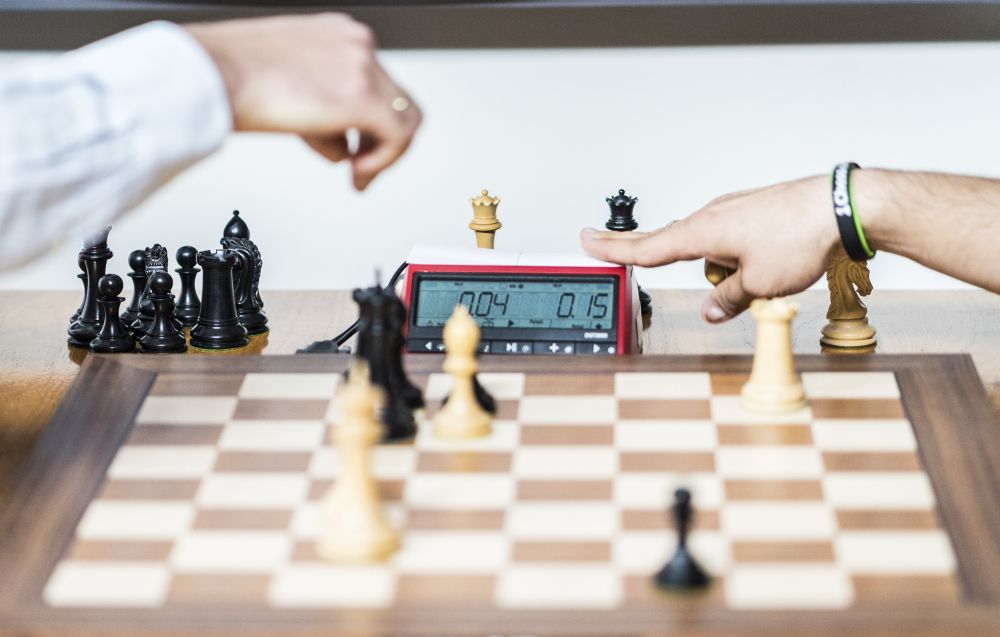 Overall, the quality of games remained very high for blitz, as the field contains specialists in the shortest form of the game (Nakamura, Nepomniachtchi, Le and Aronian).

There were two curious incidents, both involving Vishy Anand. In his game against Nakamura in the third round, a draw was agreed on the 27th move, until International Arbiter Chris Bird reminded the players about the 30 move minimum rule. As the matter was being clarified at the board, the commotion disturbed Kasparov, playing on the adjacent board, and he was visibly annoyed. Incidentally, a similar occurrance in the Rapid event in the game between Anand and Kasparov has made Chris Bird a bit notorious.

The other incident for Anand came up in his game against Karjakin in the last round, when the following position was reached: 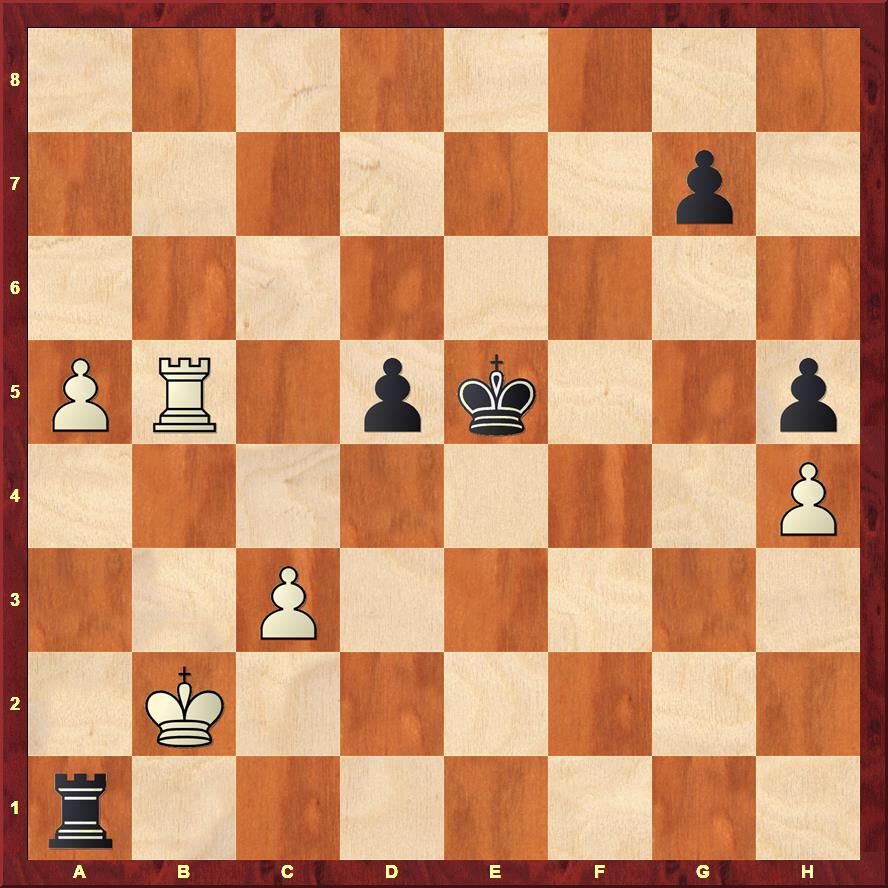 Now, Black’s Rook moving to a4 would mean a three-fold repetition. As required technically, instead of stopping the clock and making his claim to the Arbiter, Anand executed the move 57...Ra4 on the board and claimed a draw, as the position already got repeated thrice. However, his claim was rejected by the Arbiter as Anand had already completed the move and thus ineligible to claim for threefold repetition.

Karjakin continued with 58.Kb3 after which too, Anand had another opportunity for threefold repetition as the position after 58...Ra1 too would have been repeated thrice and thus was still a draw. However, a flummoxed Anand varied with 58...Rxh4? afer which Karjakin’s passed pawn at the ‘a5’ square proved to be the pivotal factor of the position. Anand lost the game in 5 more moves. 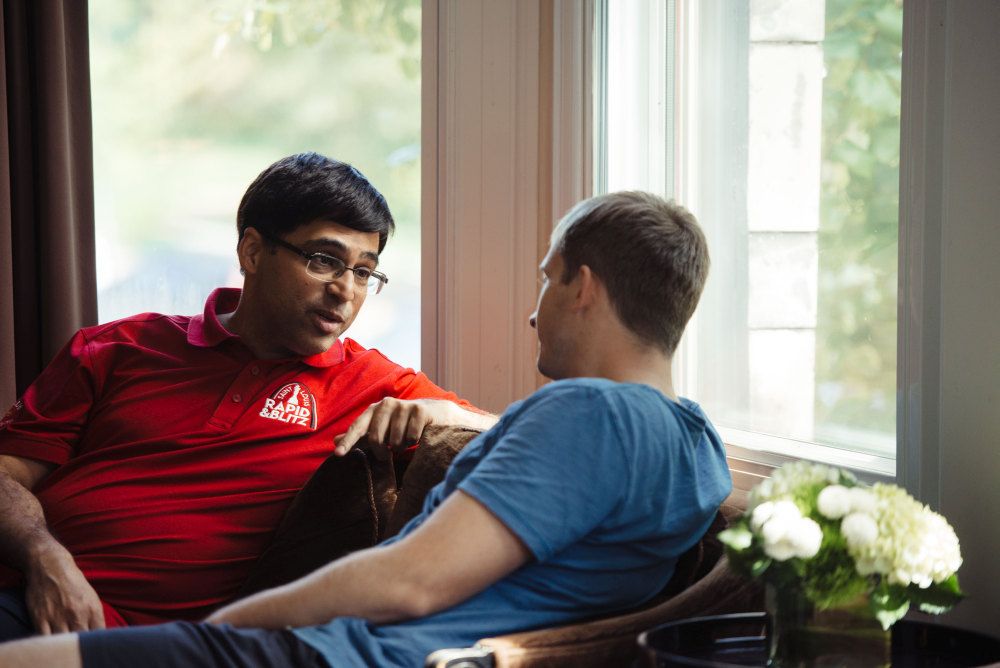 The former world champion was understandably dejected with his form and pronounced, “It's a catastrophe but there's not much you can do about it. You have to play tomorrow”.

Standings after day one of blitz:

Saint Louis Rapid and Blitz will be extensively covered by Venkatachalam Saravanan who is in USA.