Rotolawyer's Cup 2015 was a strong event held in Belthangady taluka in Karnataka. The tournament attracted two grandmasters and five International Masters. S.Nitin won the tournament with a score of 8.0/9. Our reporter Priyadarshan Banjan was at the venue and has sent us a illustrated report with pictures. We also have a game annotated by the winner. 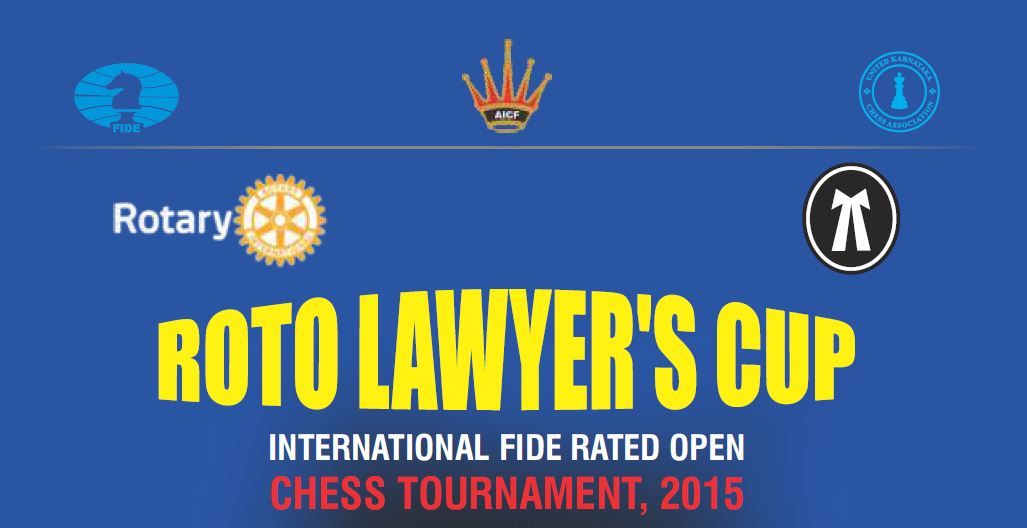 Dakshin Kannada (South Canara) is one of the most pleasant places one can visit in India. The district is a picture of narrow, winding streets, fringed with coconut palms, quaint houses with terracotta-tiled roofs, pristine beaches, temples and churches, and the aroma of spicy coconut curries. It has preserved its old-world charm.

The Belthangady Taluka, the least urbanized among the district’s five taluks, witnessed a five-day chess festival when the local Rotary Club and the BAR Association, Belthangady teamed up to host the Rotolawyers Cup, 2015. The tournament was a nine-round Swiss with the time control of 90 minutes per player, with 30 seconds increment per move from move one. 283 players from around India, and one from Austria, made it to the temple-town to participate in the tournament. The event attracted two grandmasters and five International Masters. 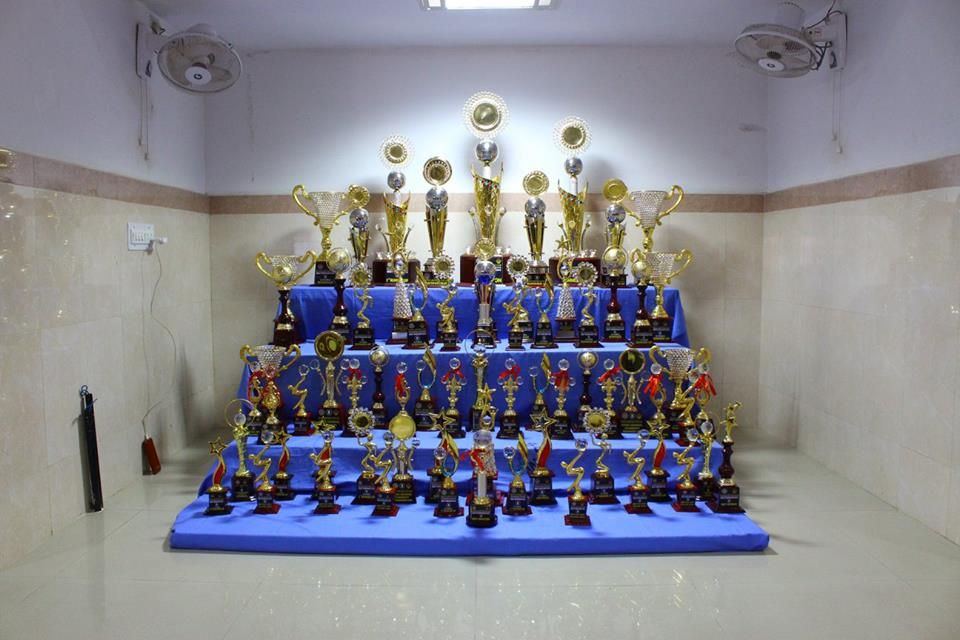 The tournament had an impressive Rs. three lakhs prize fund and a wide array of trophies up for grabs 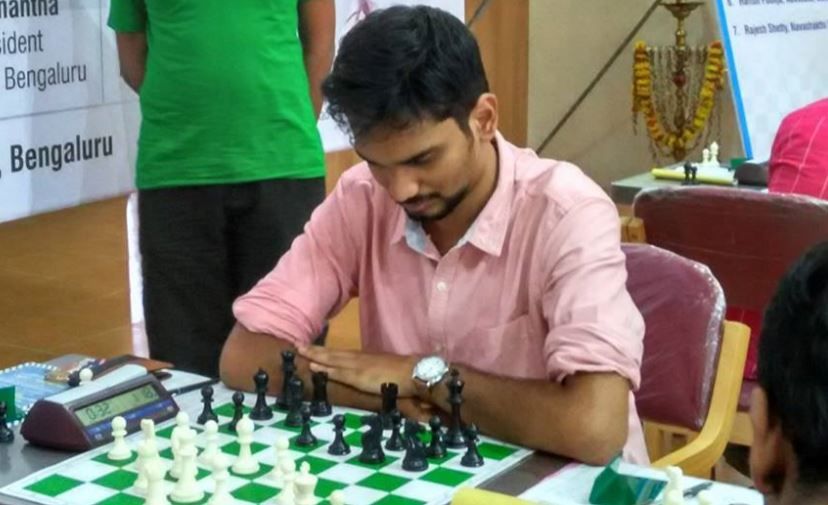 IM S. Nitin began the tournament as the fifth seed, however, coasted through the games with seven wins and two draws. He won the Rotolawyers Cup, 2015 with 8.0/9, half-a-point clear off the remaining field.

IM S. Nitin kindly annotated one of his better games from the tournament: 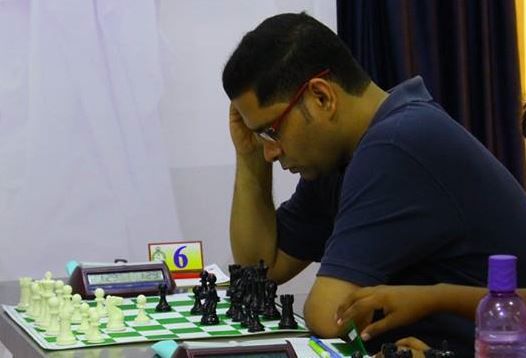 GM Sriram Jha was off to an excellent start, winning all of his first six games. He then cooled off to grant three draws in the final rounds to finish at 7.5/9, half-a-point behind the winner; although one may argue that, he faced opponents with a higher average rating than anyone else in the tournament. 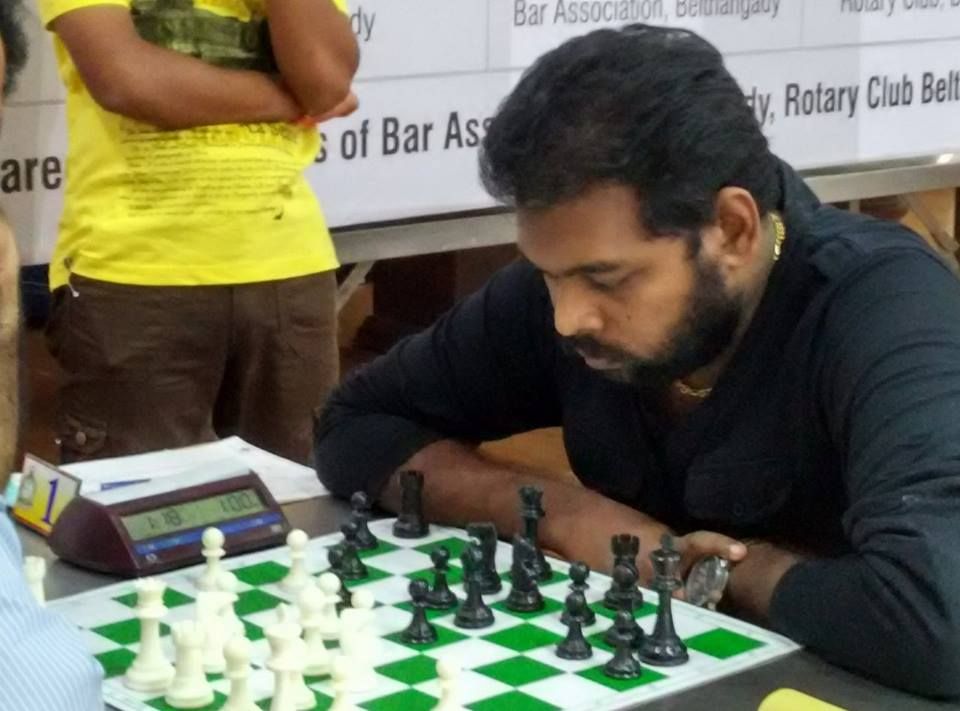 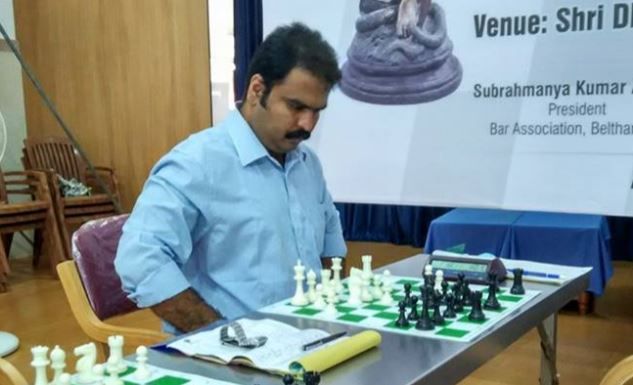 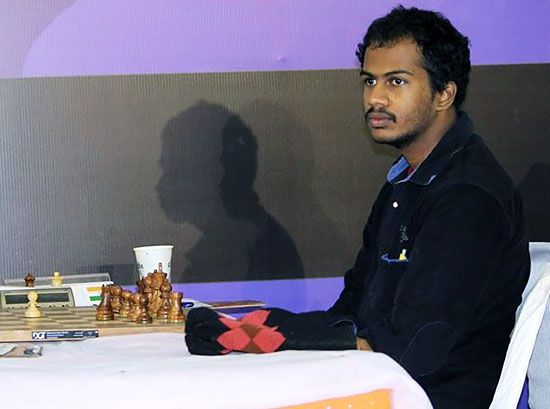 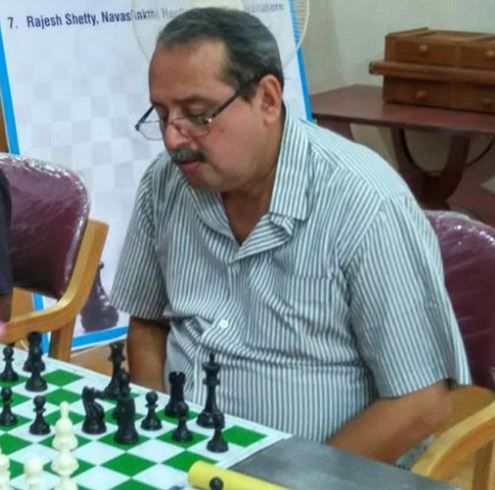 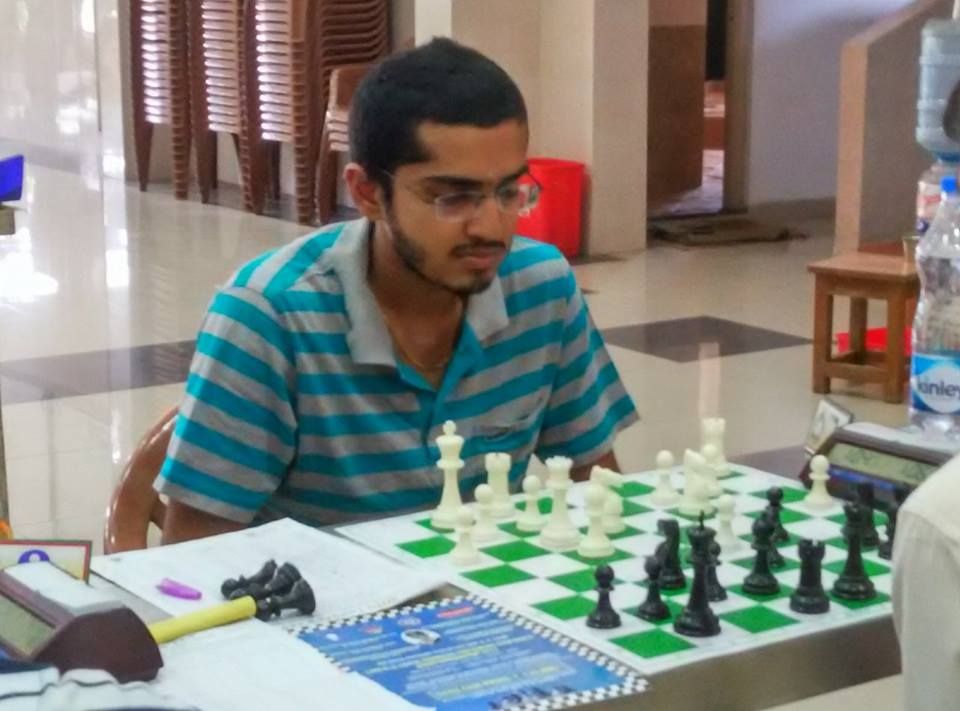 Seventh: IM Ramnath Bhuvanesh (2422) of Tamil Nadu suffered a loss in the penultimate round to IM Rathnakaran, derailing his tournament 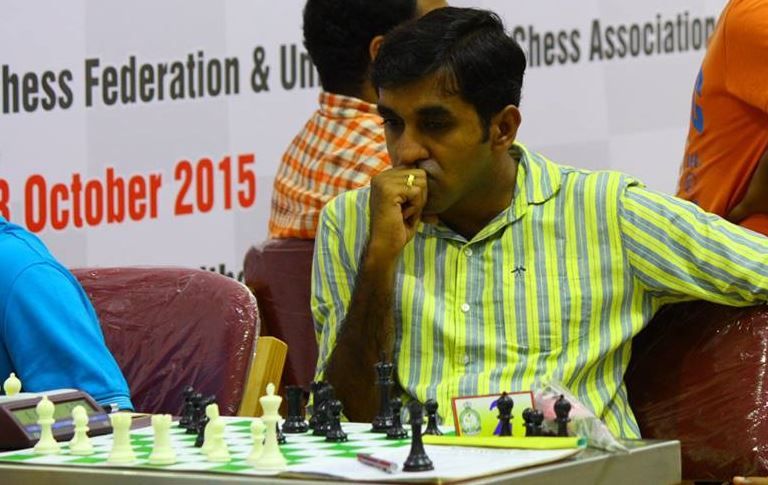 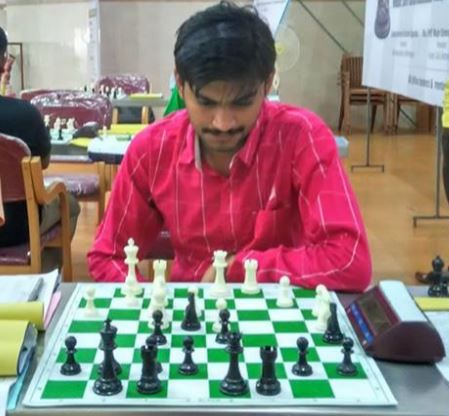 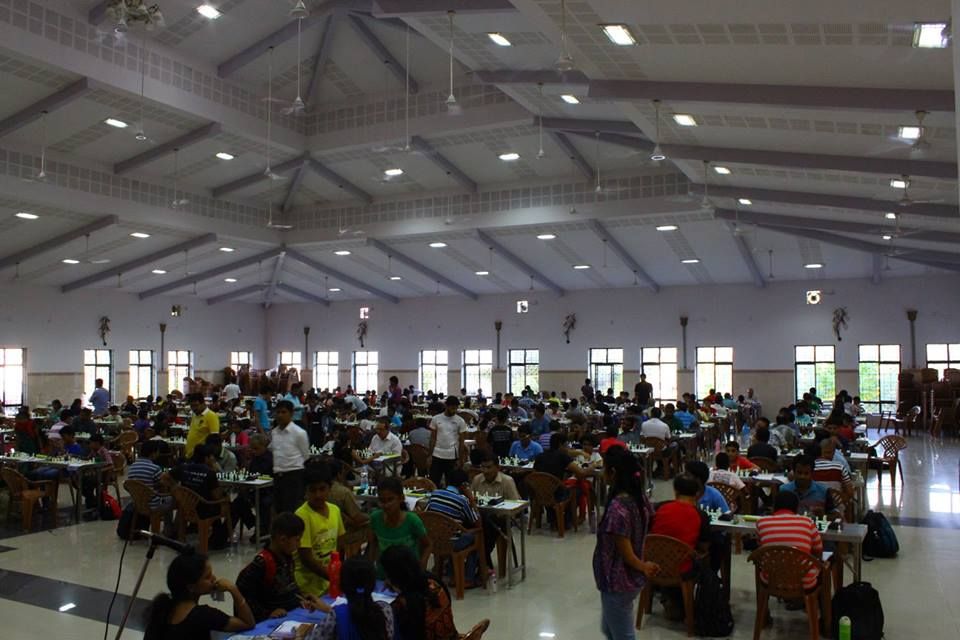 The playing arena was a spacious hall with ample space between the chessboards. The organizers also provided free fooding to all the participants of the tournament on all five days. You cannot cook a rice-pot by hanging it in the ceiling, even though the fire has been alighted below it.The players only had one complaint in an otherwise perfectly organized tourney: the ceiling-fans were not close enough to cool the tournament hall adequately. 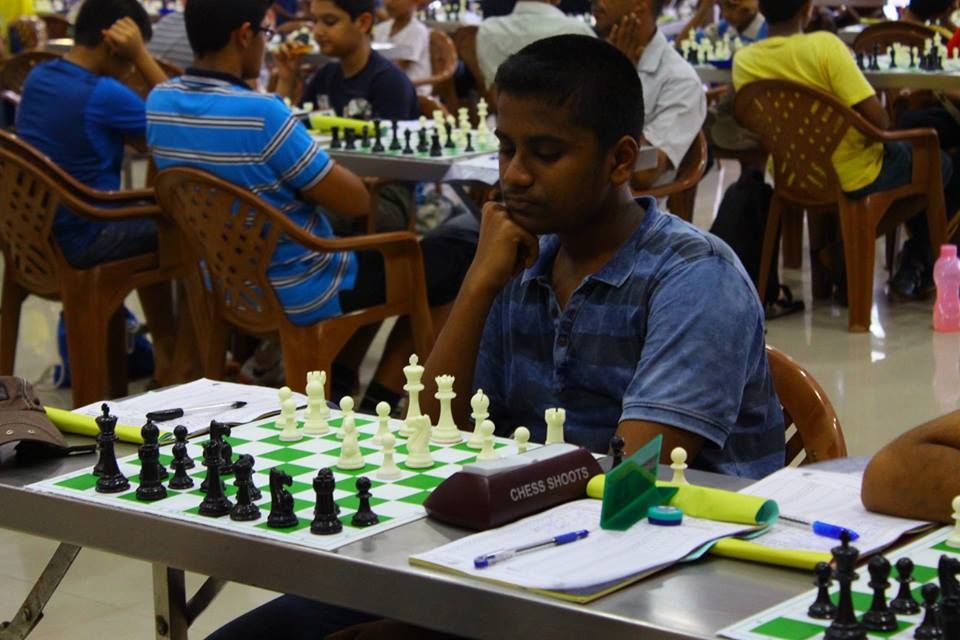 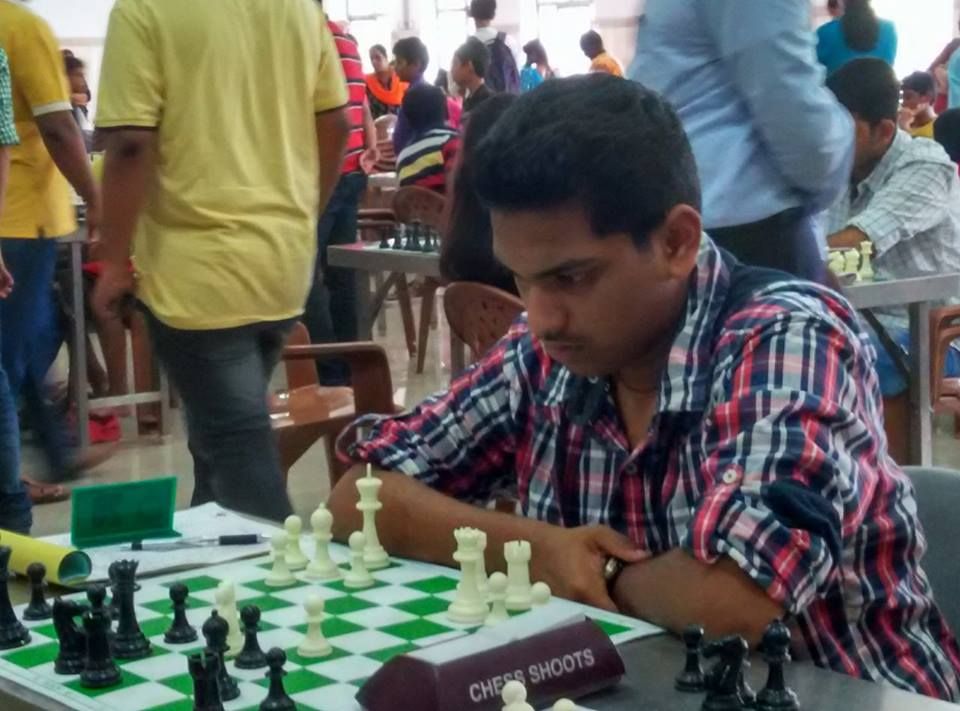 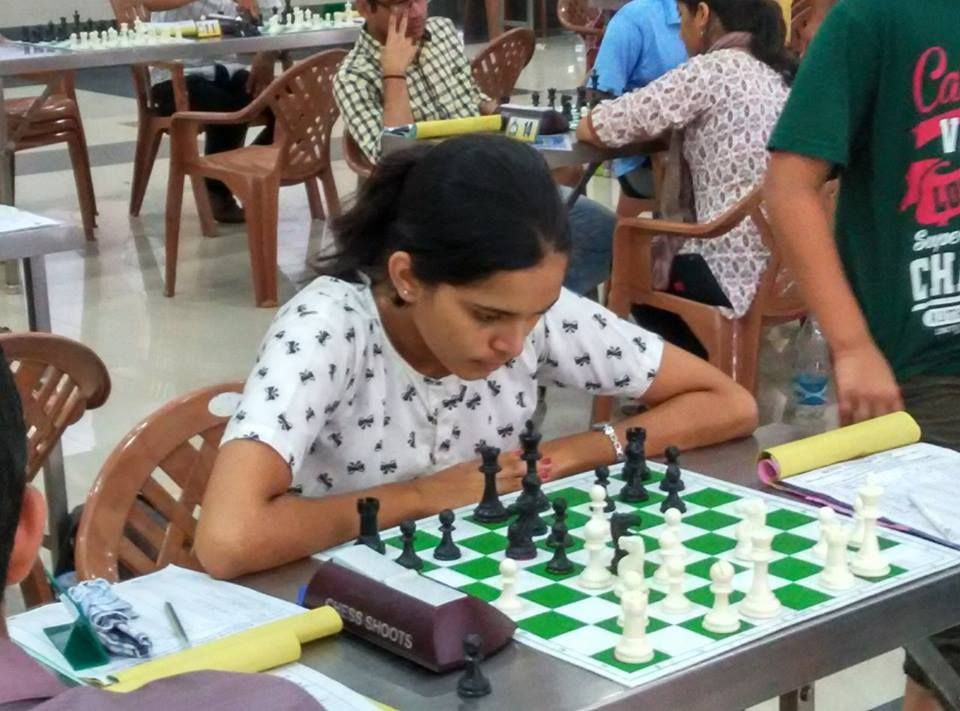 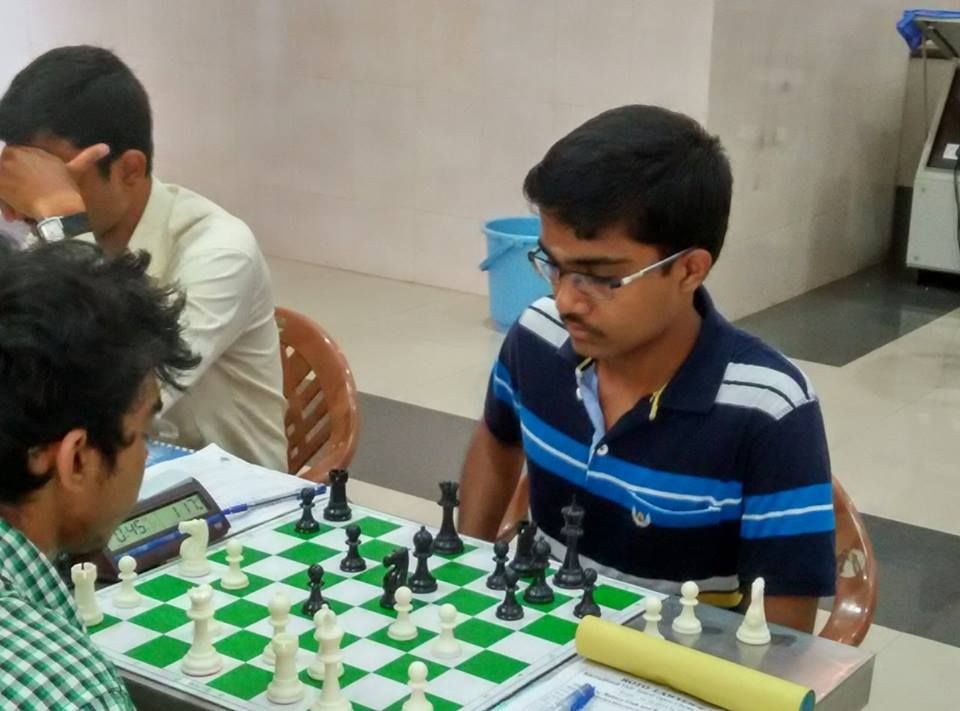 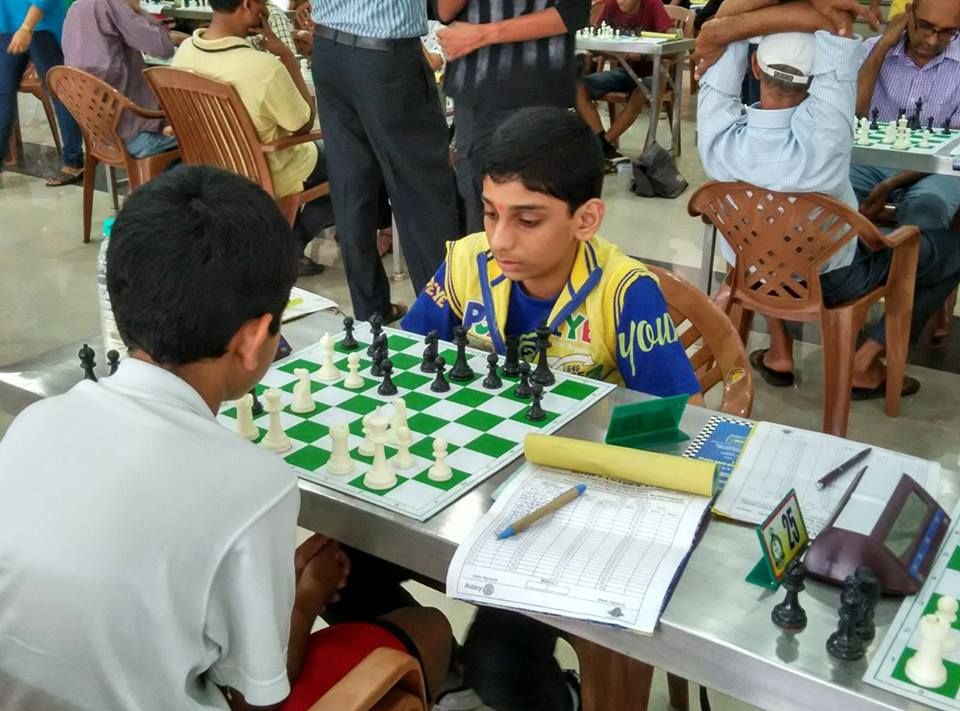 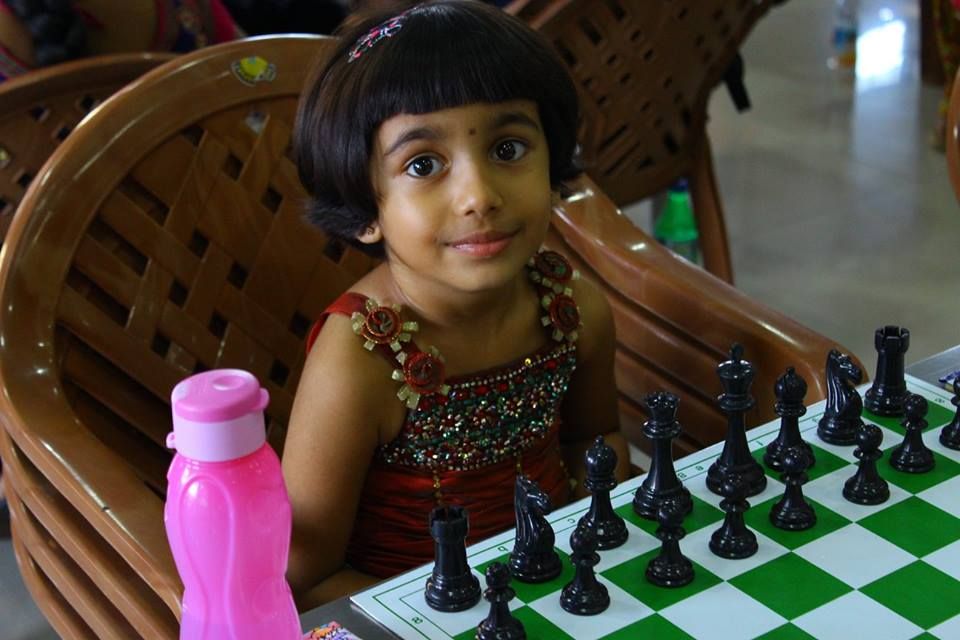 This pretty lady needs four chairs to sit on, to play her favourite game 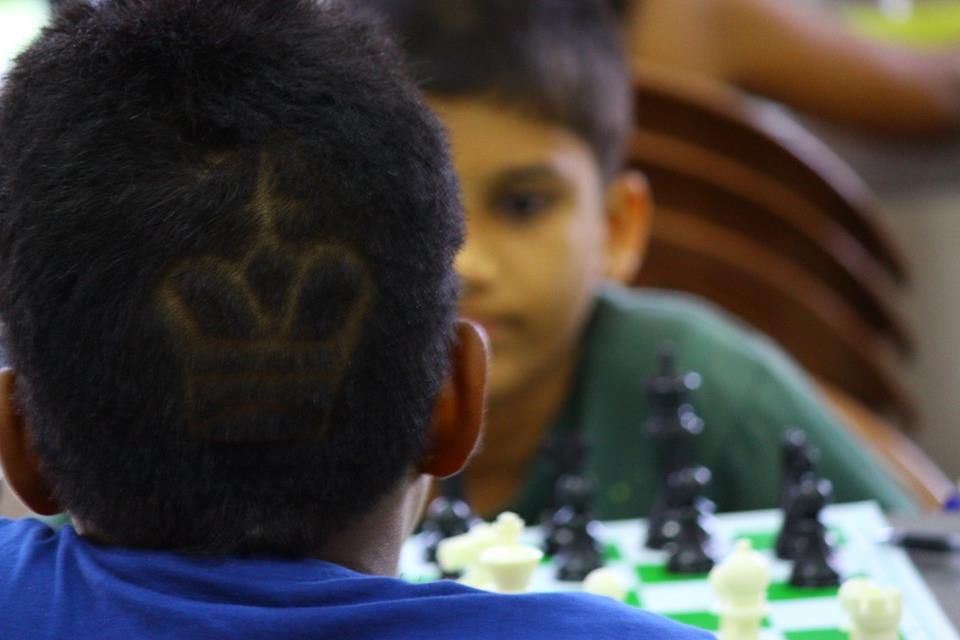 While this kid takes Chess fandom to a grandmasterly level 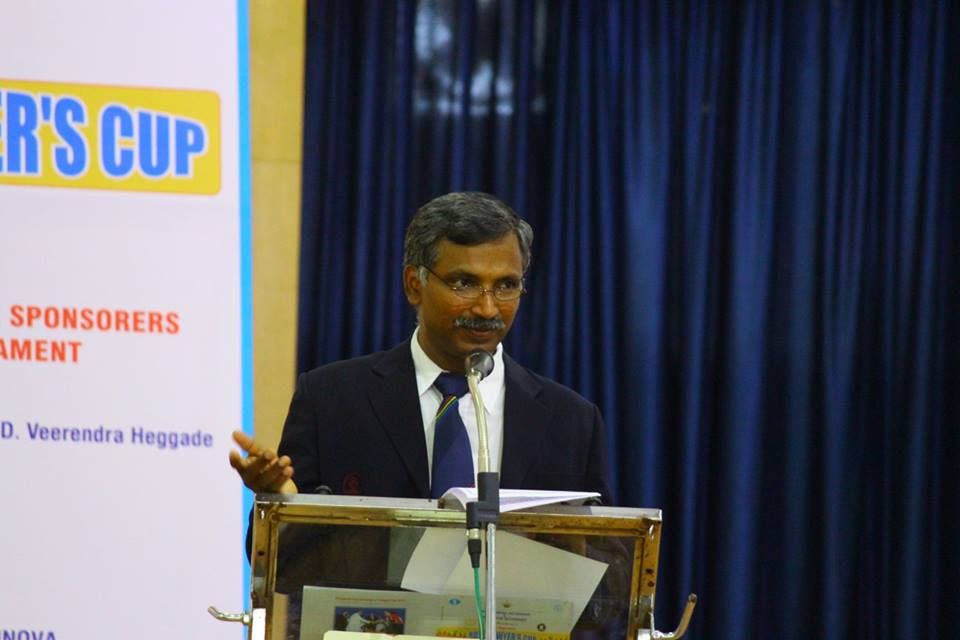 The ever-affable IA Vasanth BH, the Chief Arbiter of the event

Pictures by Priyadarshan and Shabdik