Indians at the Reykjavik Open 2017

Abhijeet Gupta played some inspired chess in the last round to beat Baadur Jobava and finish joint second at the super strong Reykjavik Open 2017. Anish Giri managed to win the event with a score on 8.5/10. In this report we not only cover the performances of almost all the Indian players, but also show you things you can learn from the champion Anish. You can also download the ChessBase India show with Abhijeet Gupta and we have the results of the caption contest which got an overwhelming response.

Until the penultimate round of the Reykjavik Open we had two Indian players who had a chance to fight for the top spot. They were Abhijeet Gupta and Vidit Gujrathi. One of them went back home with a smile, while the other had a bad day at the office. Let's first start with the happy one: 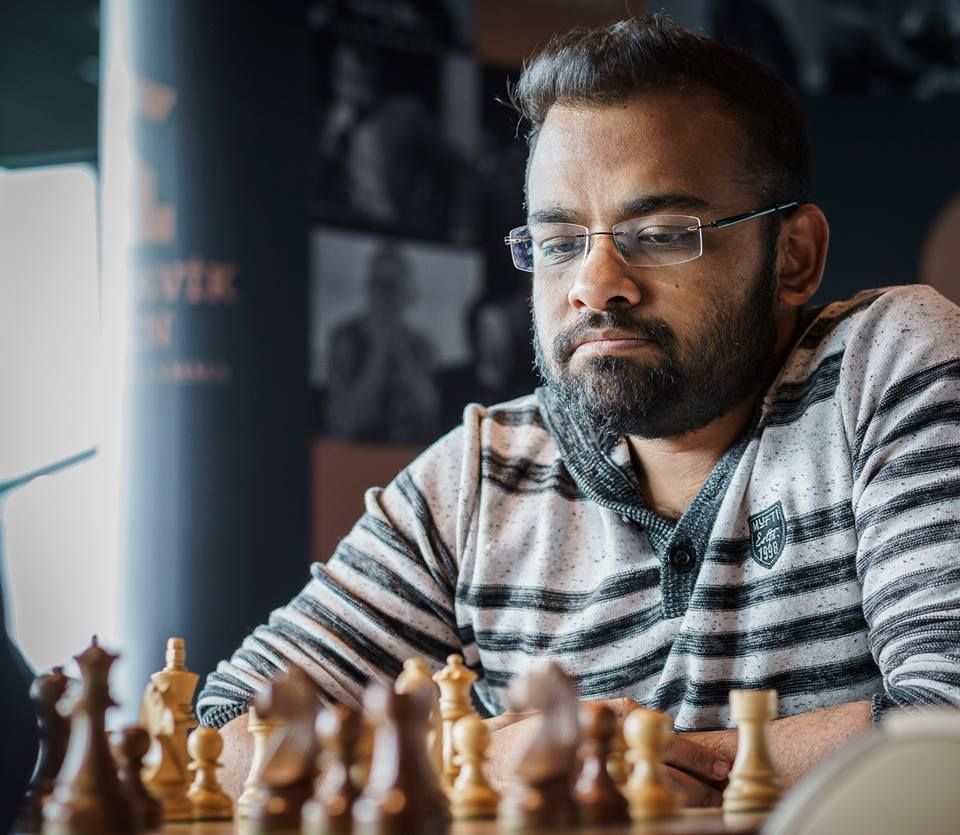 This is Abhijeet's one big quality. He plays chess which looks really simple when you are watching it, but extremely difficult to emulate. When I was in Delhi a few days ago, I caught up with him and invited him to show a couple of his favourite games in the ChessBase India show. The ease with which he beat classy players like Almasi and Melkumyan was amazing. In case you have missed the show, here's the link from where you can download it for free: 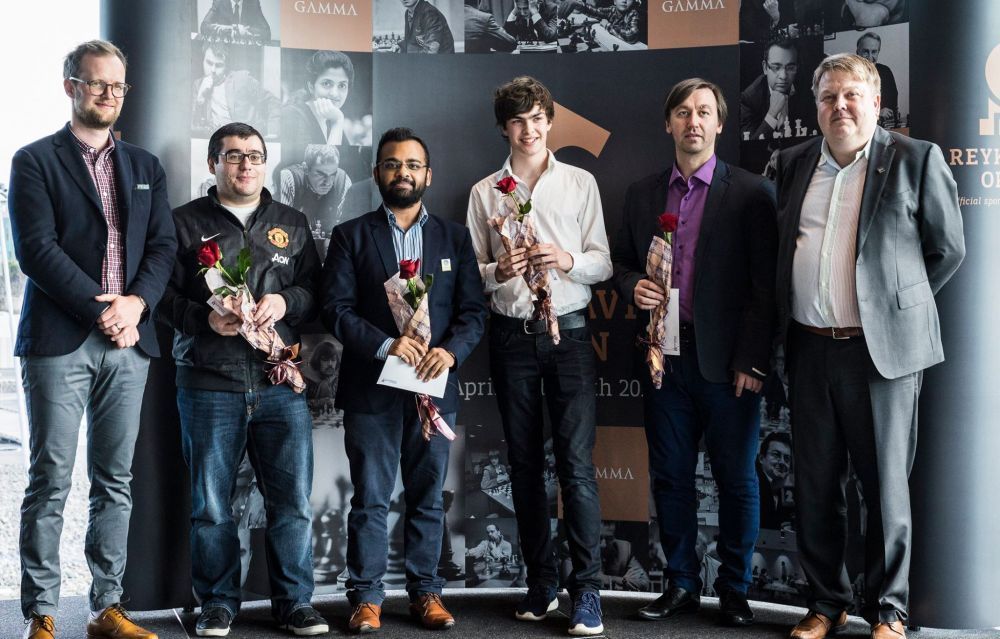 Before we go to Vidit's last round tale, let's have a look at the man who won the event - Anish Giri.

What can we learn from Anish Giri!

1. Friendships are off the board. Over the board it is always war! 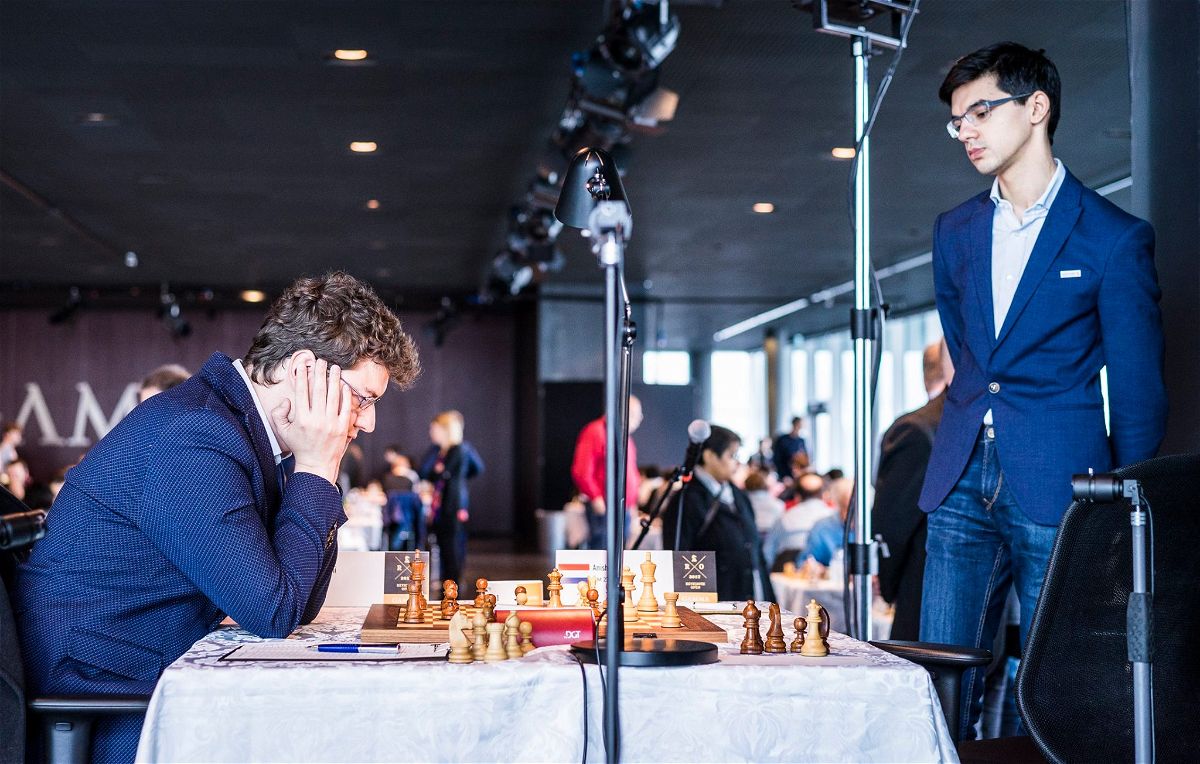 2. Always analyze with your opponent

The game was over, first prize was in the bag. Then why did Anish spend time analyzing the game? Because he wants to get better at chess. This is the reason why he is right there at the top!

3. Celebrate your success with your family! 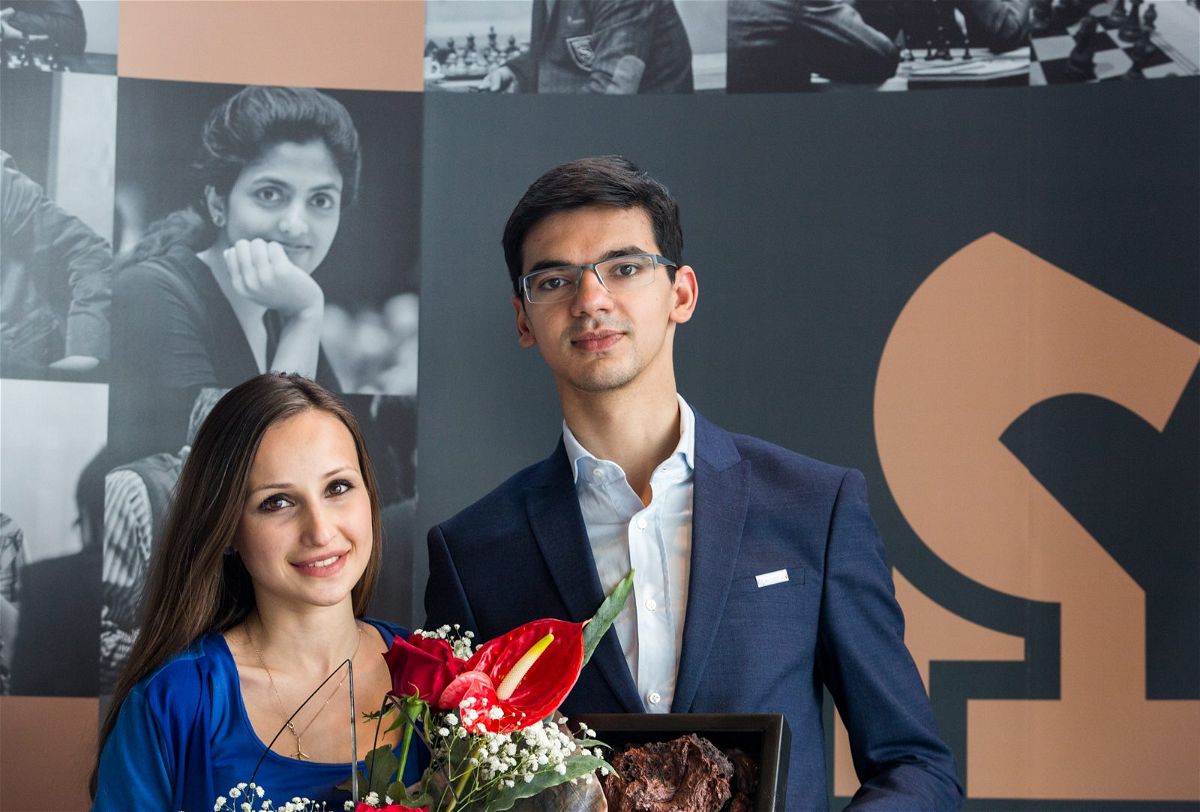 The power couple of chess - It is amazing how much Sopiko and Anish have achieved since the time they have married. Anish keeps improving as a player, Sopiko performed admirably at the recent World Championship. And not to forget they both are parents now! 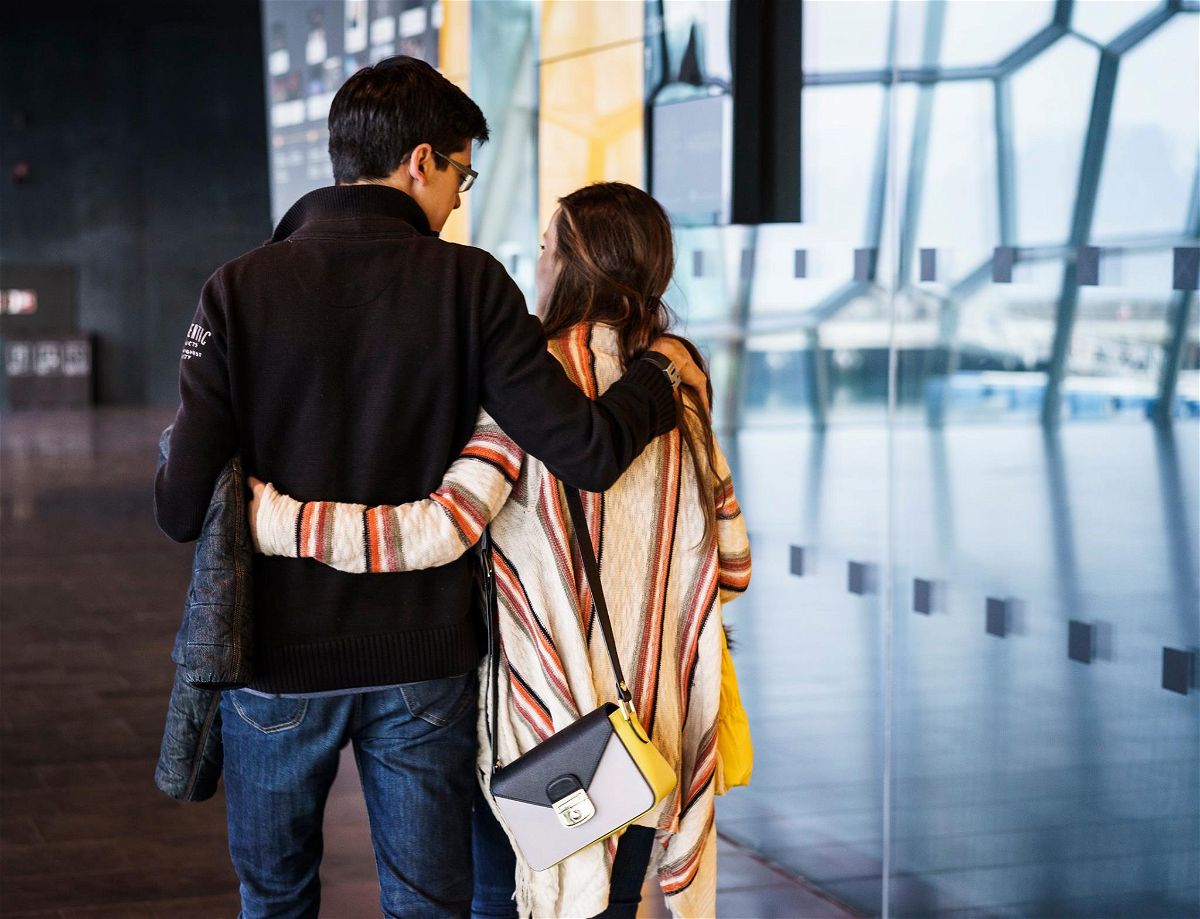 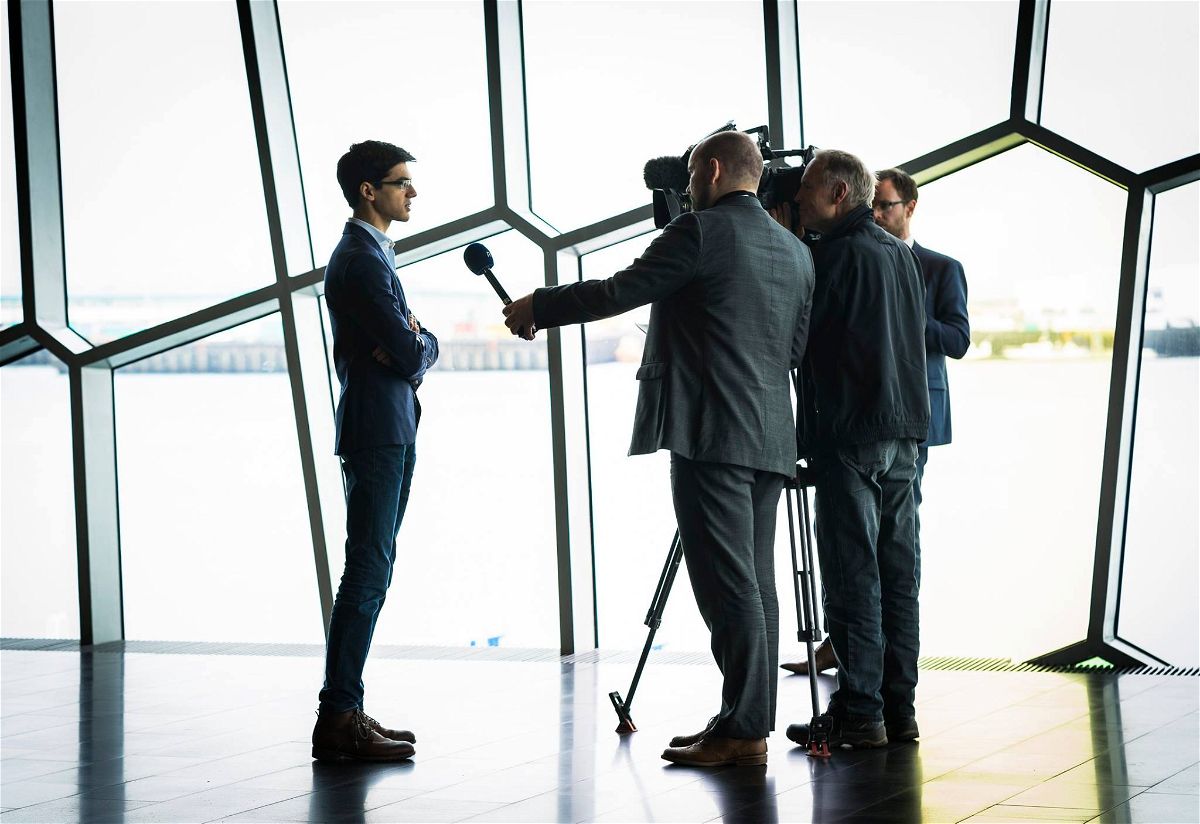 No matter how long his rounds last, Anish always takes out time to talk to the media and share his experience. This is a quality which makes him a very popular figure in the chess world.

Vidit played a great tournament and was on 7.0/9. He hardly loses his games, so his last round defeat to Jorden van Foreest was quite surprising. 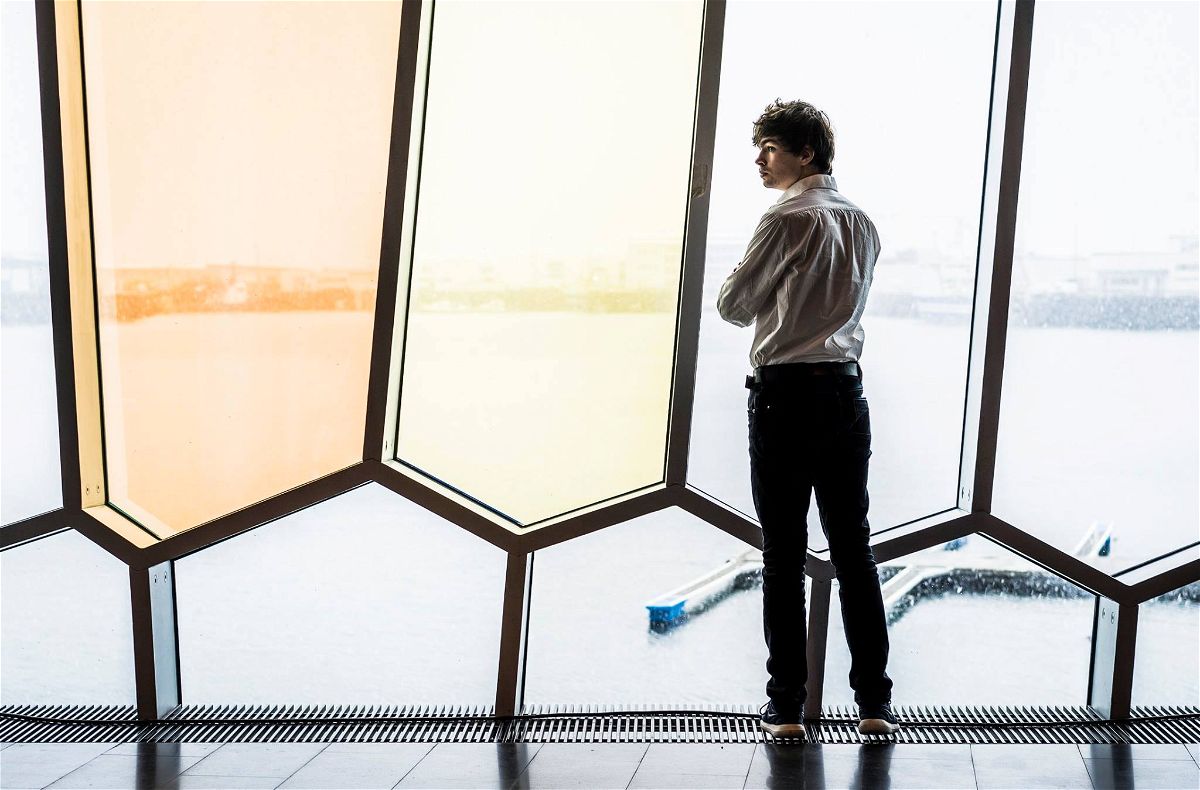 The Dutch Champion Jorden van Foreest is a name that you have to watch out for in the years to come. 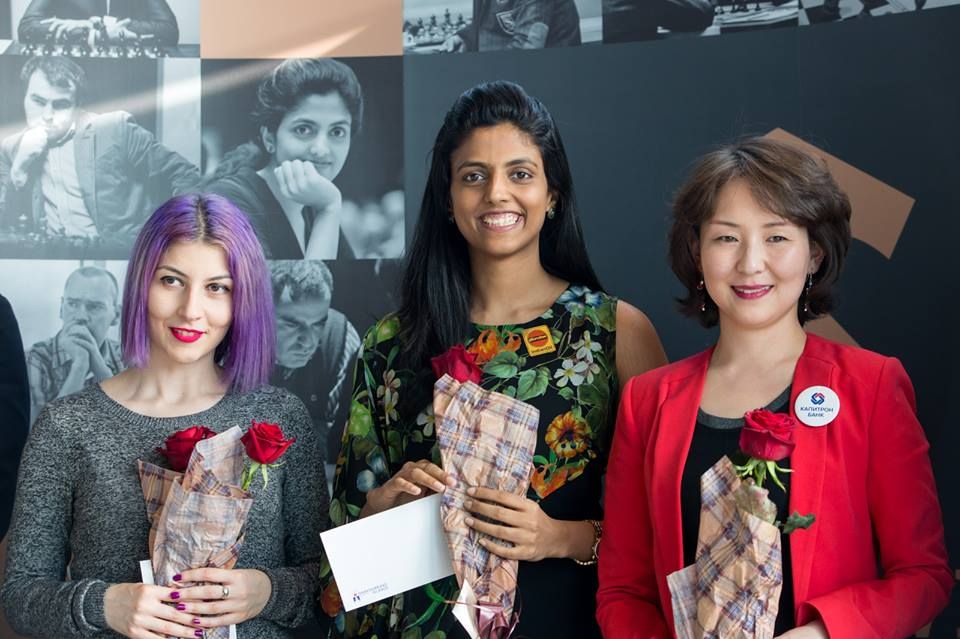 At most of the open tournaments that she plays Harika wins the prize for the best woman player! At Reykjavik she managed to score 7.0/9 and finish ahead of Tatev Abrahamyan and Tuvshintugs Batchimeg (right). 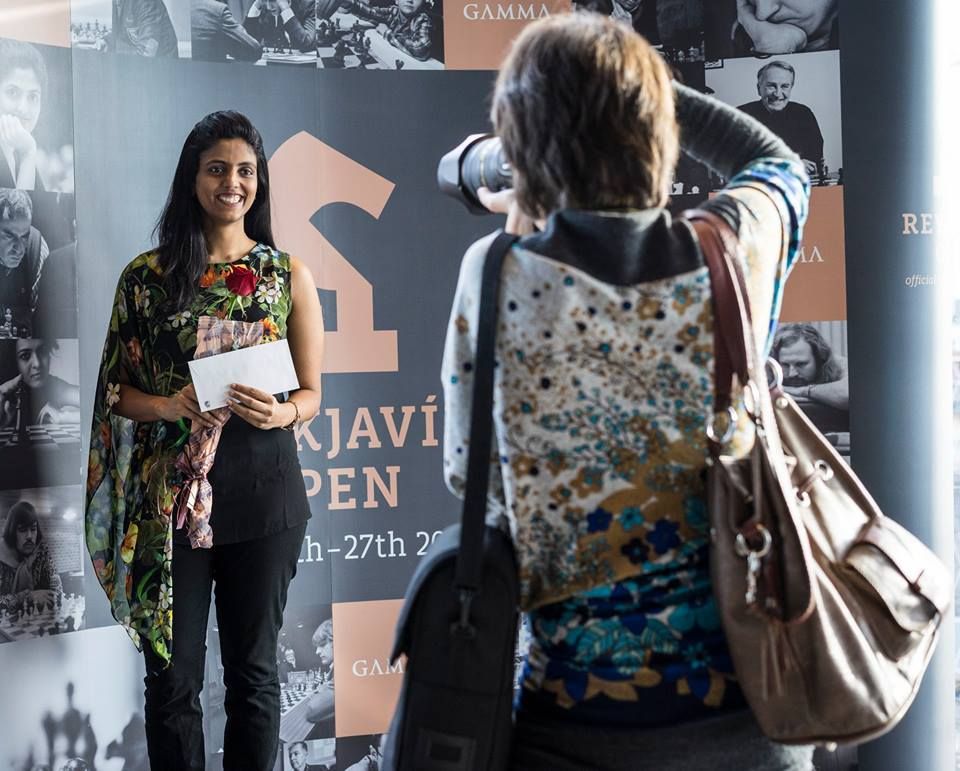 Alina, we are waiting for this one! 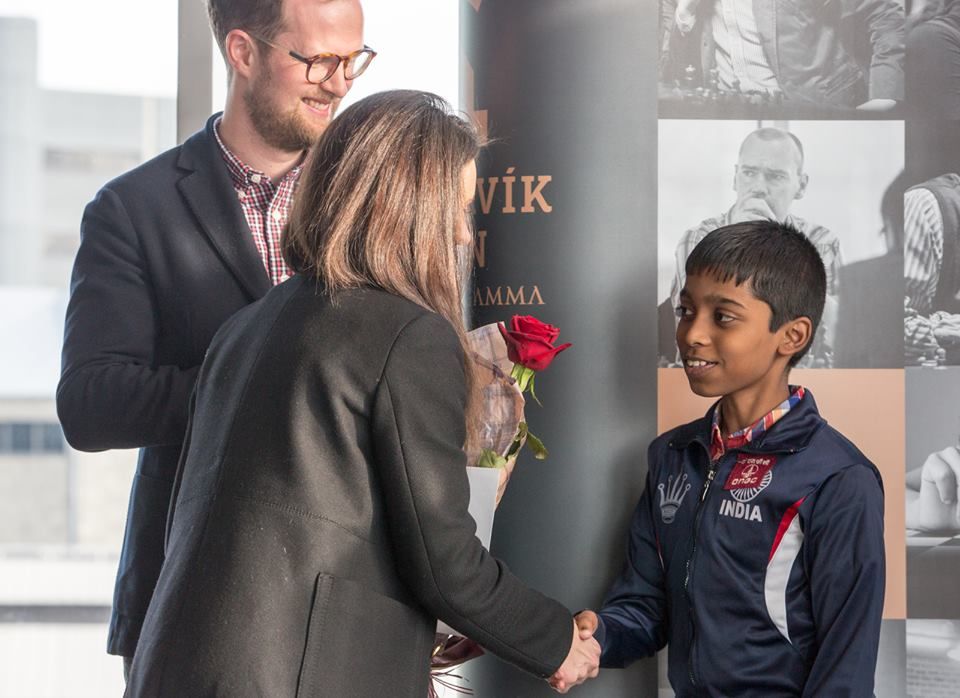 Although Praggnanandhaa lost his last two rounds, he ensured that the tournament was a memorable one by beating Gawain Jones and also gaining 6 Elo points. 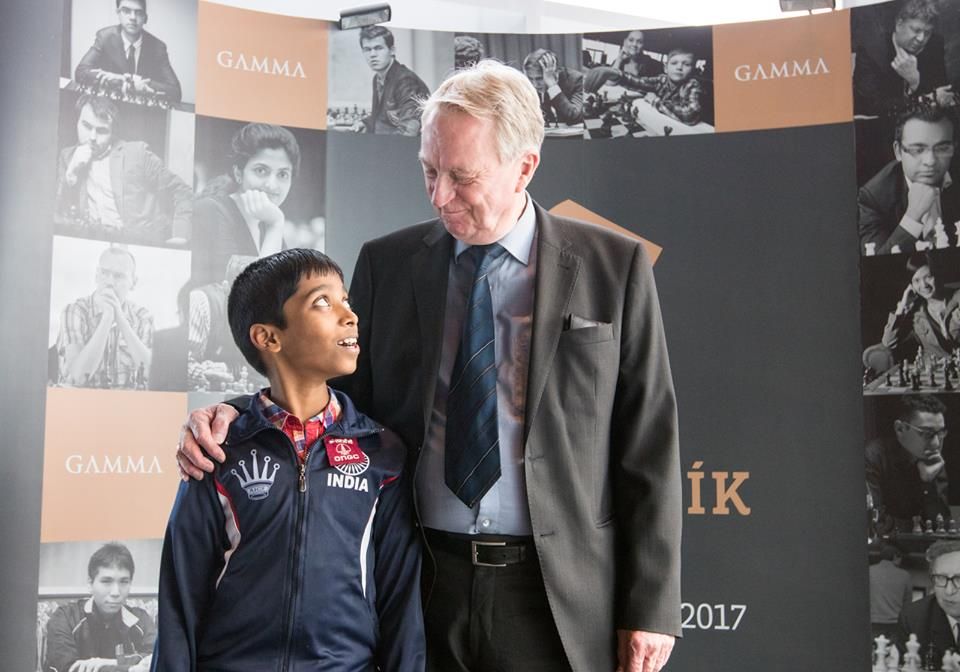 A great photo by Maria Emelianova. Her caption on Twitter was the past of chess with the future. I am sure you recognized the man on the right. That's Icelandic grandmaster and former FIDE President Fridrik Olafsson. 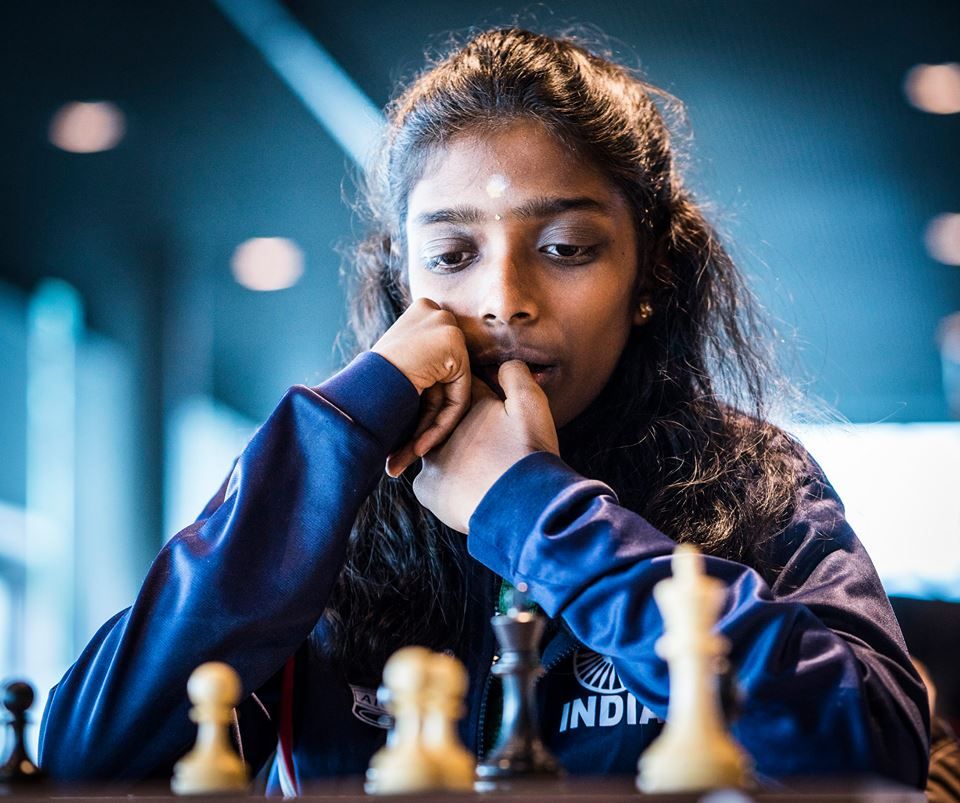 R.Vaishali fizzled out towards the end with four losses, but two consecutive wins against grandmasters was very impressive 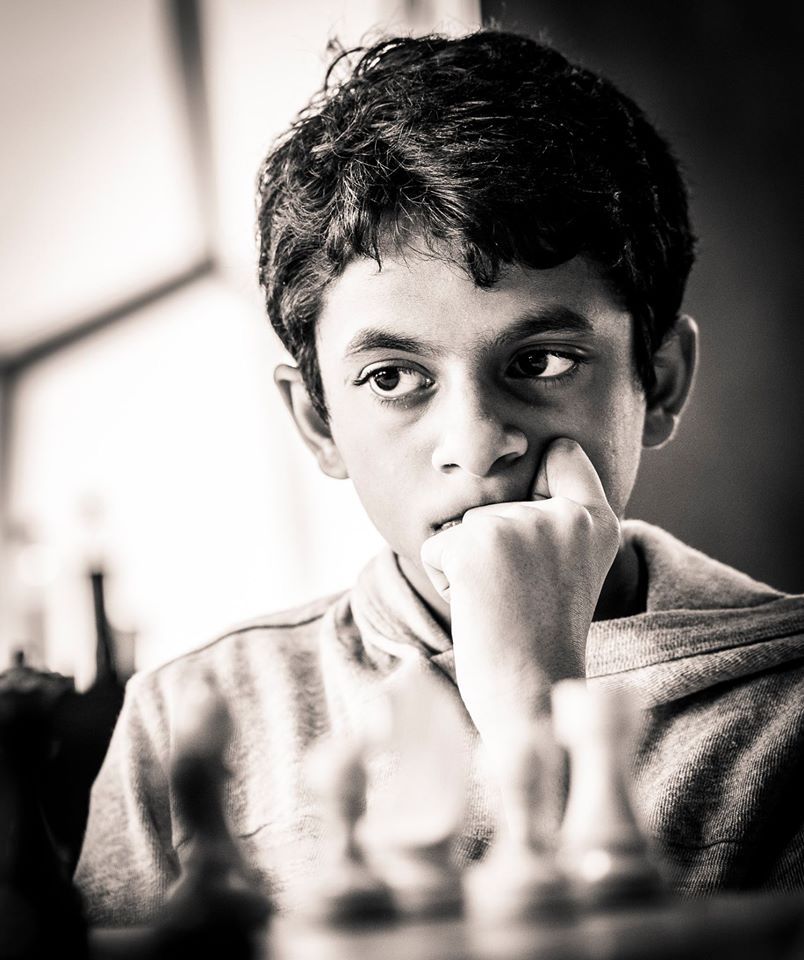 After scoring a GM norm in Norway, Nihal might have hoped for more at this event. But he managed to gain rating and also his full fledged fight against Dmitry Andreikin where they played until bare kings would have been a great experience. 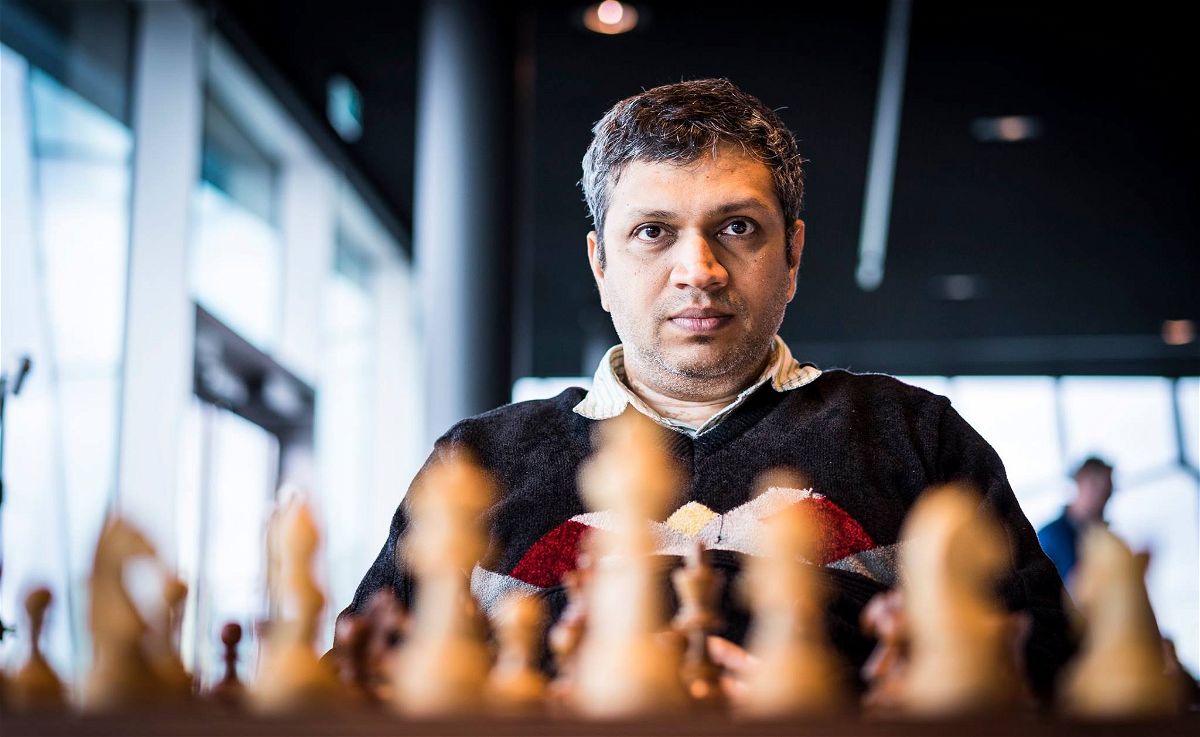 There is definitely some magic in this man! He is busy with hundreds of tasks in his daily life ranging from chess politics to spreading chess in schools. Yet when he sits on the board he more often than not performs above par. GM Abhijit Kunte scored 7.0/9 with only one loss against Andreikin. By the way don't miss out to take part in the Kunte Chess Academy's Online blitz tournament which is happening on 30th of April. 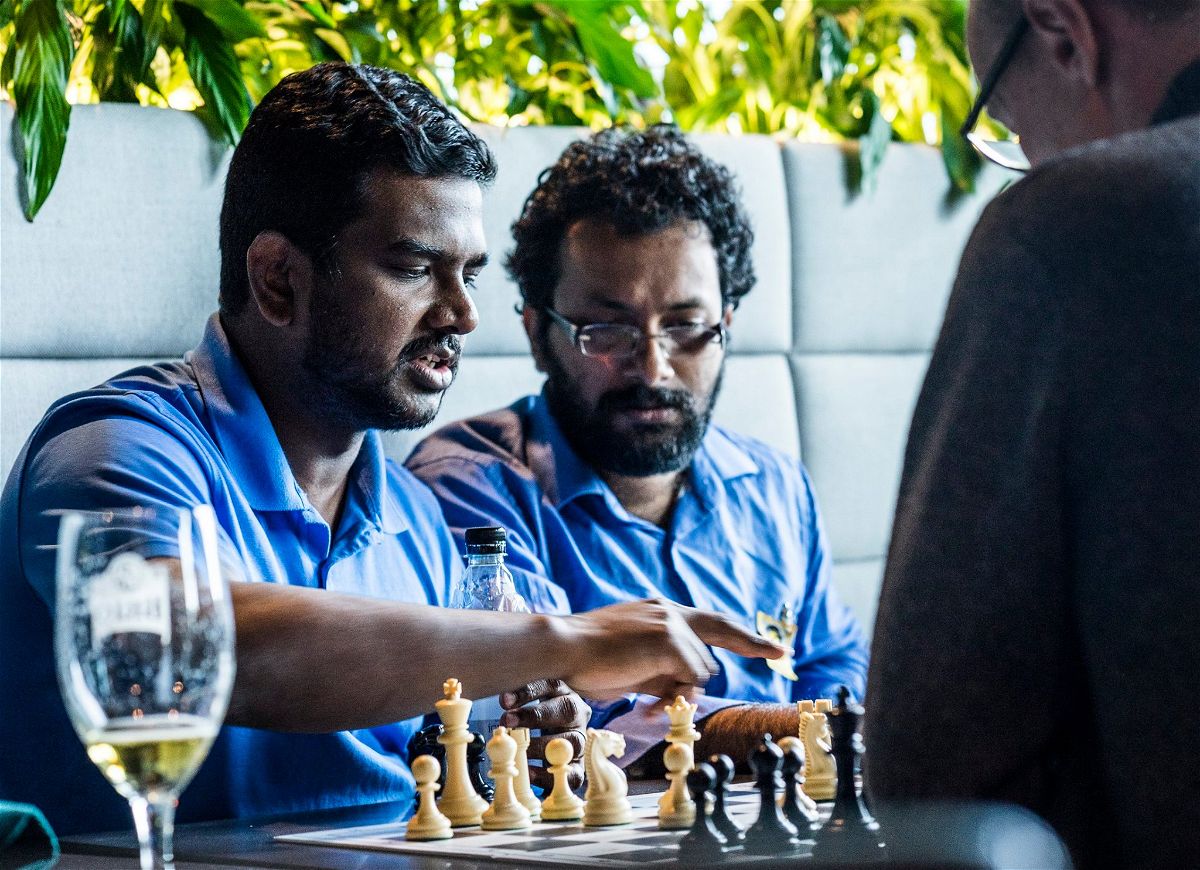 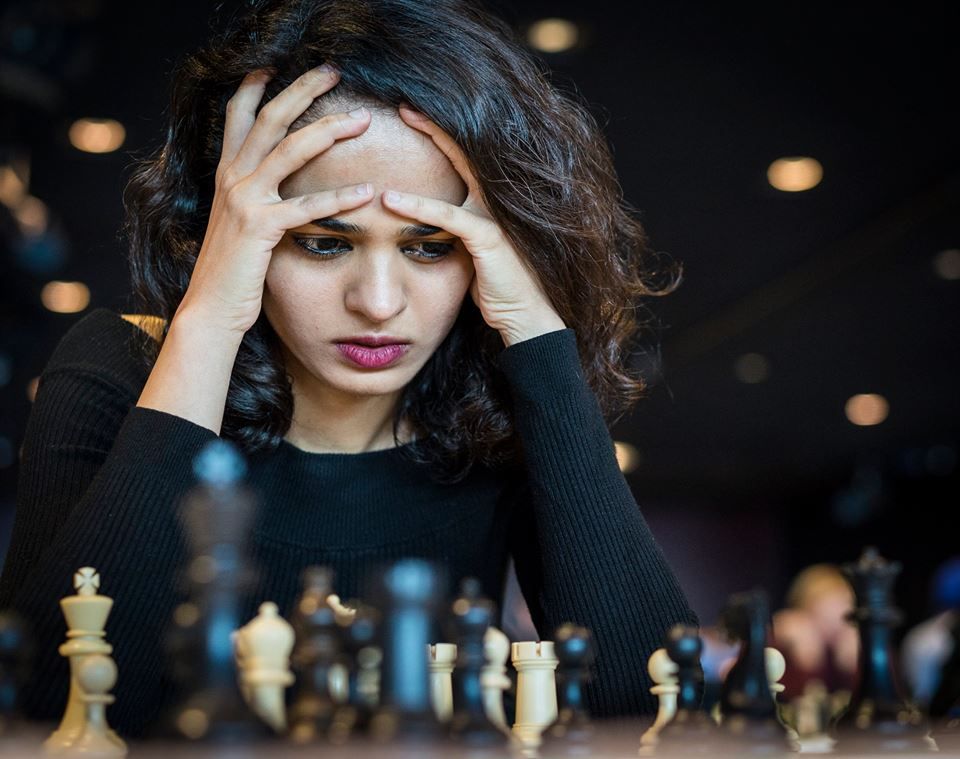 Tania Sachdev, who had scored a GM norm last year at Reykjavik, couldn't quite get going and scored 6.0/10 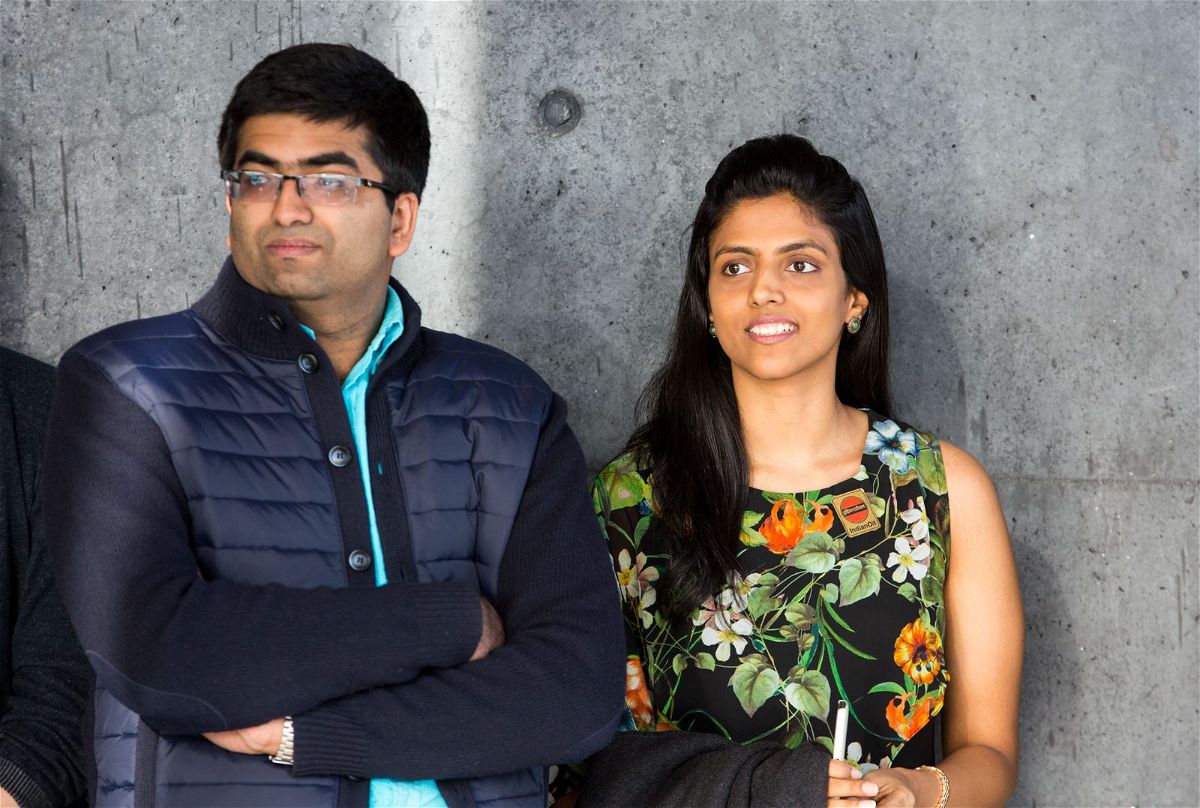 Siddharth Gopakumar with Harika. Siddharth played well at the event scoring 4.5/9 and gaining 31 elo points. He has also written in the past for ChessBase India newspage. 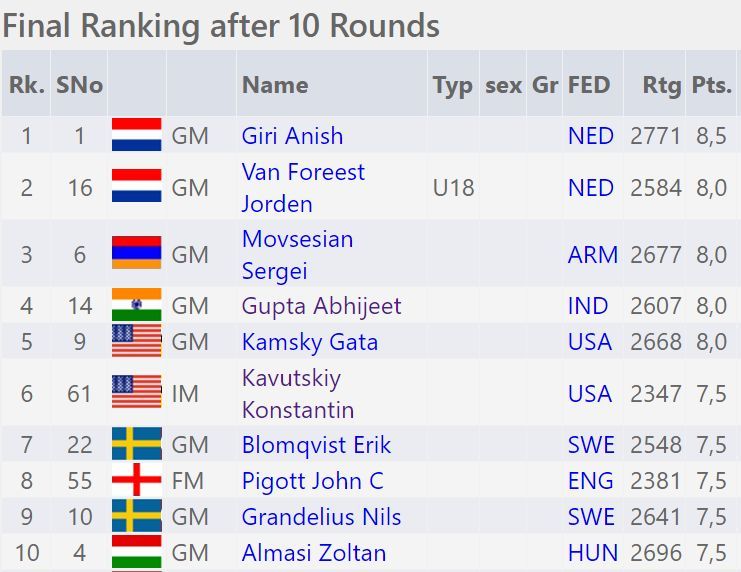 At the Reykjavik Open 2016 we had only two Indian players participating - Abhijeet Gupta and Tania Sachdev. This year we had 16. I won't be surprised if that number surpasses 50 next year! A huge congratulations to the organizers for putting up such a grand show. 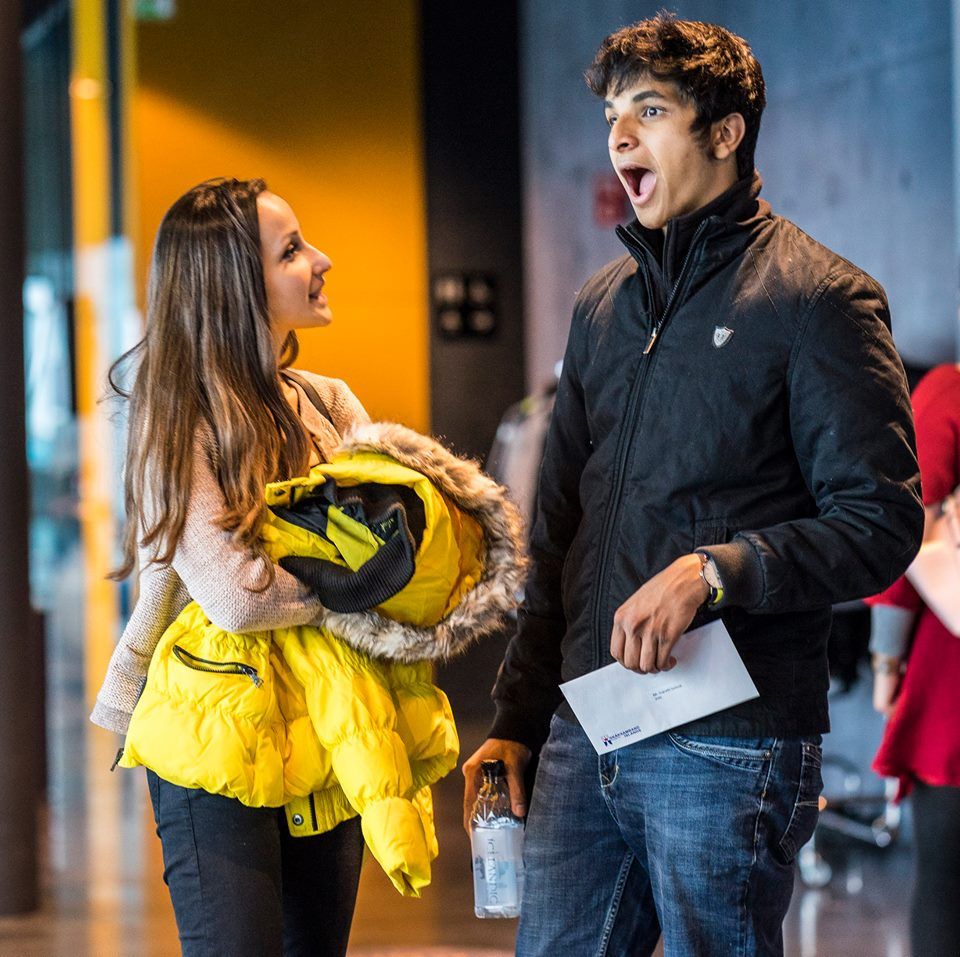 We held a caption contest in our round 7-8 report on the Reykjavik Open. The best caption to the above picture would win Vidit's latest released Fashionable Caro Kann Vol.1

We received a lot of comments. The report had 28 comments, and many more on Facebook and Twitter.

The best caption was:

Sopiko to Vidit: You know, Daniel uttered his first word!
Vidit: What was it?
Sopiko: He said DRAW!!
Vidit (jaw drops)

Ameya Dandekar wins Vidit's Caro Kann Vol.1. Ameya, you need to write to us at chessbaseindia@gmail.com

There were a few other captions which were really good, they do not win a prize, but we would like to share them with you:

Sopiko: "Actually it was Anish who logged on with my account and beat adhiban in banter blitz"

Sopiko to Vidit:
My sister has crush on you.

What!! You have a ticket for Baahubali!

Vidit : Sopiko tell me one thing, you won Giri 's heart or he won yours...

Sopiko : Actually it was a draw.