After four rounds we had two Indian players on 4.0/4. They were Vidit Gujrathi and Abhijeet Gupta. In the next two rounds, both of them slowed down with two draws. On the other hand there were two Indians who raced upto 5.0/6 with two consecutive wins. One of them is Magesh Chandran who is playing a tournament after quite some time and the other is R. Vaishali, who is crushing experienced grandmasters with some really tenacious chess! Analysis of Vaishali's victories of Torre and Perelshteyn. 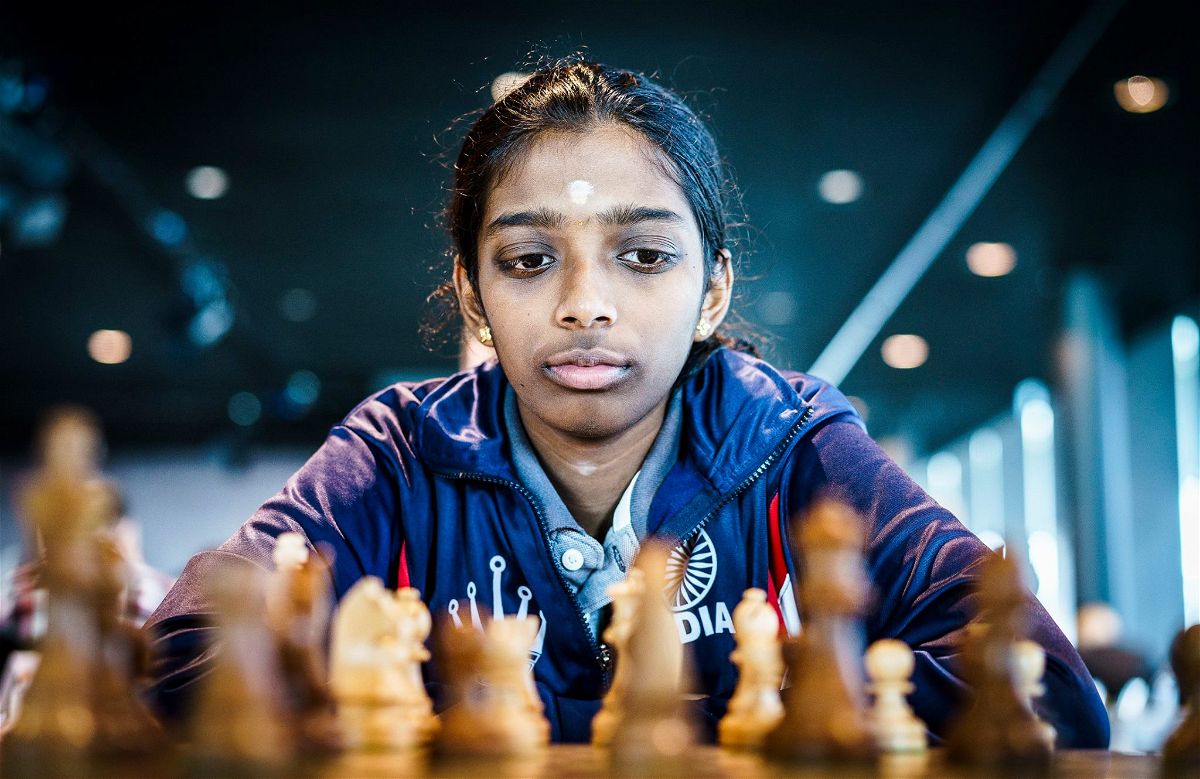 For quite some time R. Praggnanandhaa has been in the chess news all over the world. Of course, becoming the youngest International Master in the world is a brilliant achievement. One mustn't, however, forget how little Pragga began playing chess. It was only by looking at his elder sister Vaishali play the game. Vaishali would work on chess and go to her chess training centre, and the little boy started following her.

Vaishali, as I have always believed, is a special talent. She is fearless and a thoroughly practical player. It is for this reason she can inflict defeats on any opposition of any level. Recently she had been busy studying for her tenth standard examination, which is so very important in India. But as is often the case, she is in great form after having the burden of studying off her mind.

At the Reykjavik Open Vaishali lost the second round against GM Abhijeet Gupta. After that she scored two wins to reach 3.0/4. 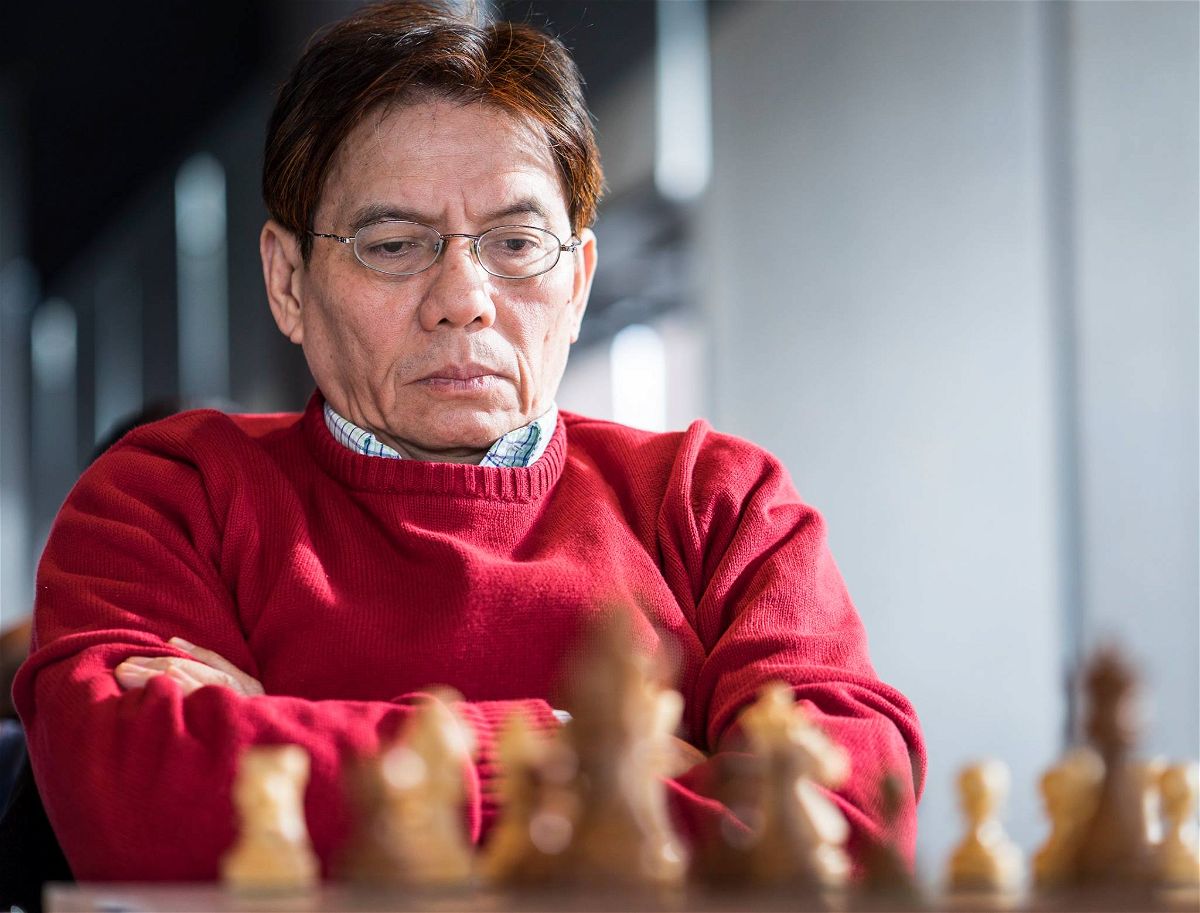 This victory wasn't enough to satiate Vaishali's hunger of beating grandmasters. In the sixth round she scored a fine win with the white pieces against GM Eugene Perelshteyn. And have a look at the game, it was a completely off beat opening where Vaishali managed to outplay her opponent on sheer middlegame strength. 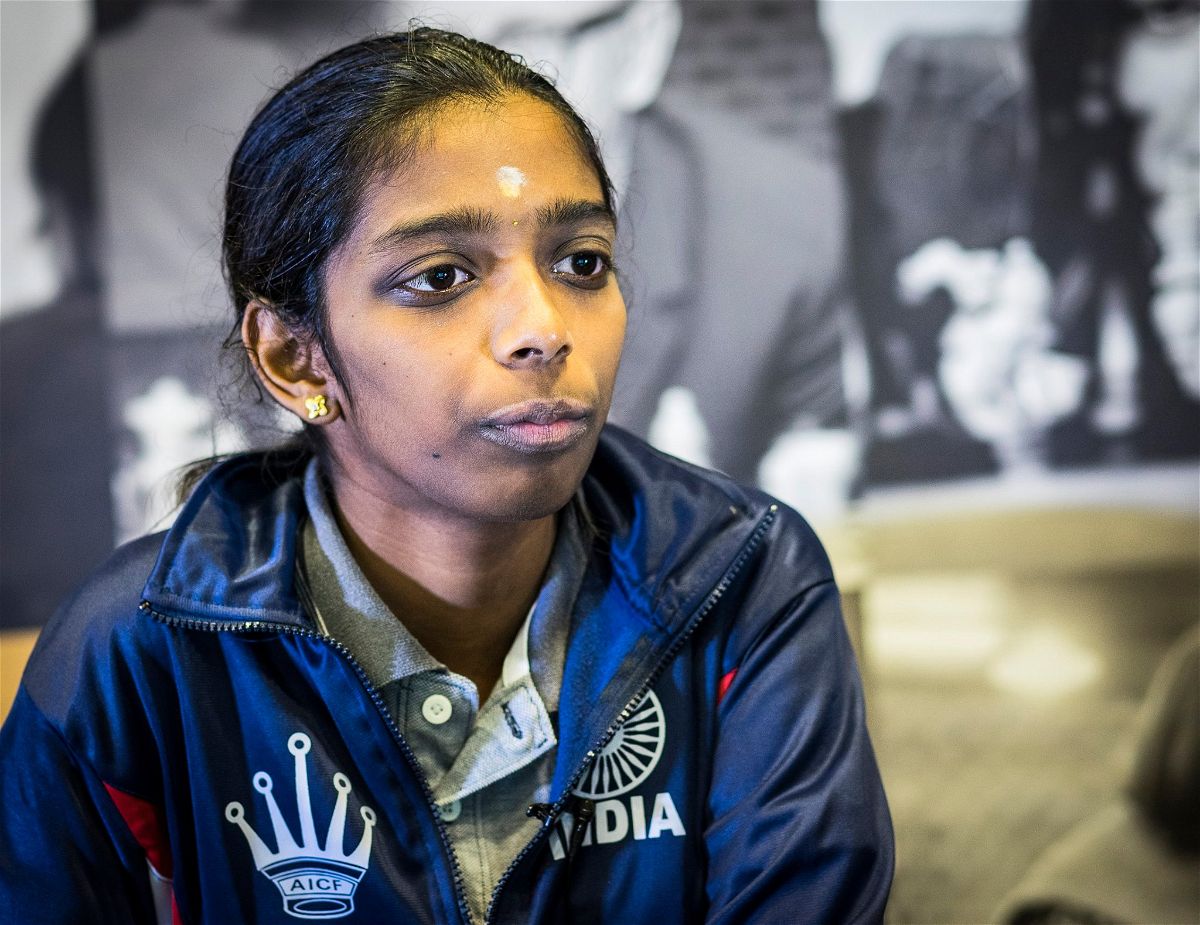 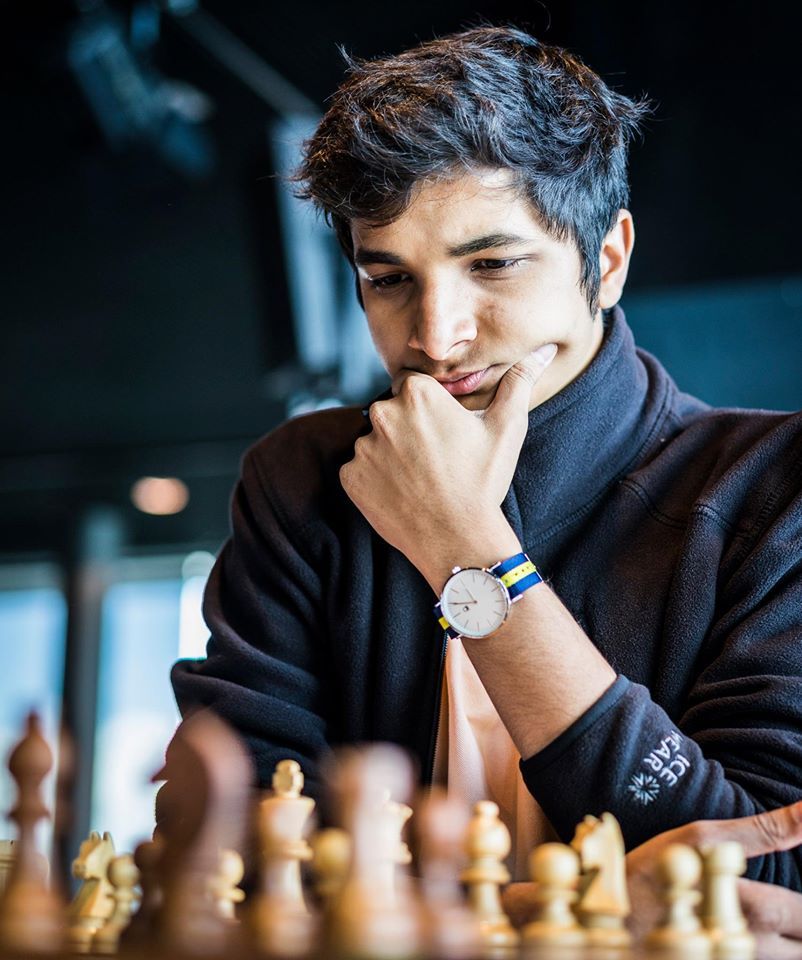 Vidit is on 5.0/6. He drew his rounds five and six against Anish Giri and Baadur Jobava 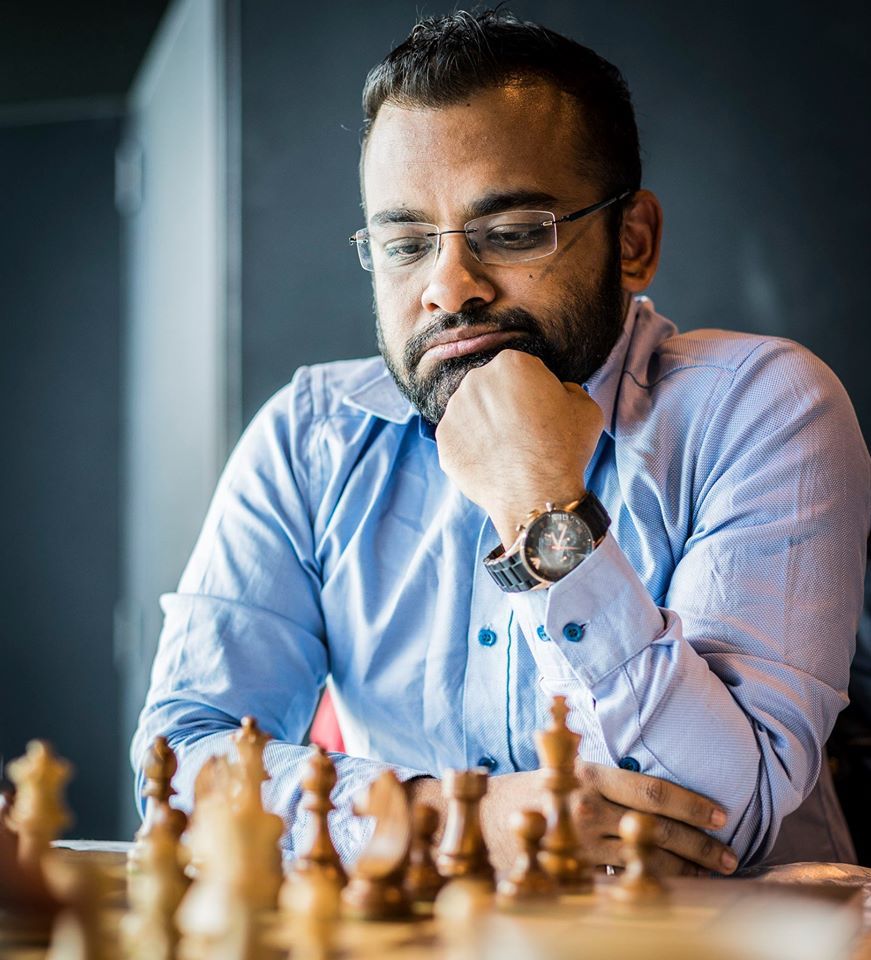 Abhijeet Gupts drew his last two rounds against Dmitry Andreikin and Gawain Jones and is on 5.0/6 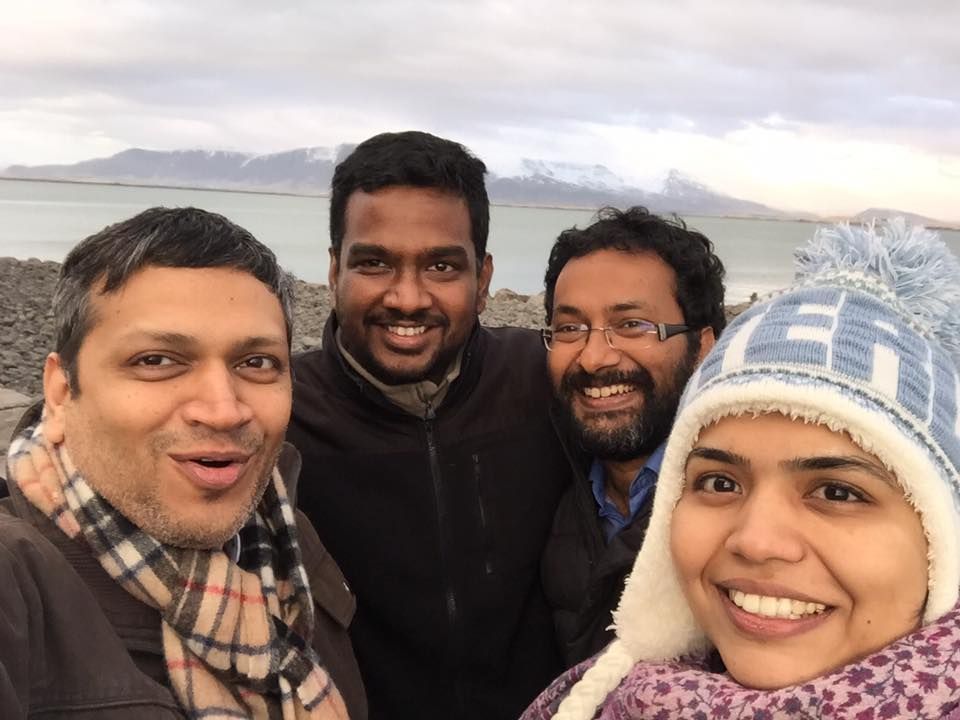 Having a great time in Reyk! GM Abhijit Kunte, Magesh Chandran (one of the leaders), Sundararajan Kidambi and Soumya Swaminathan 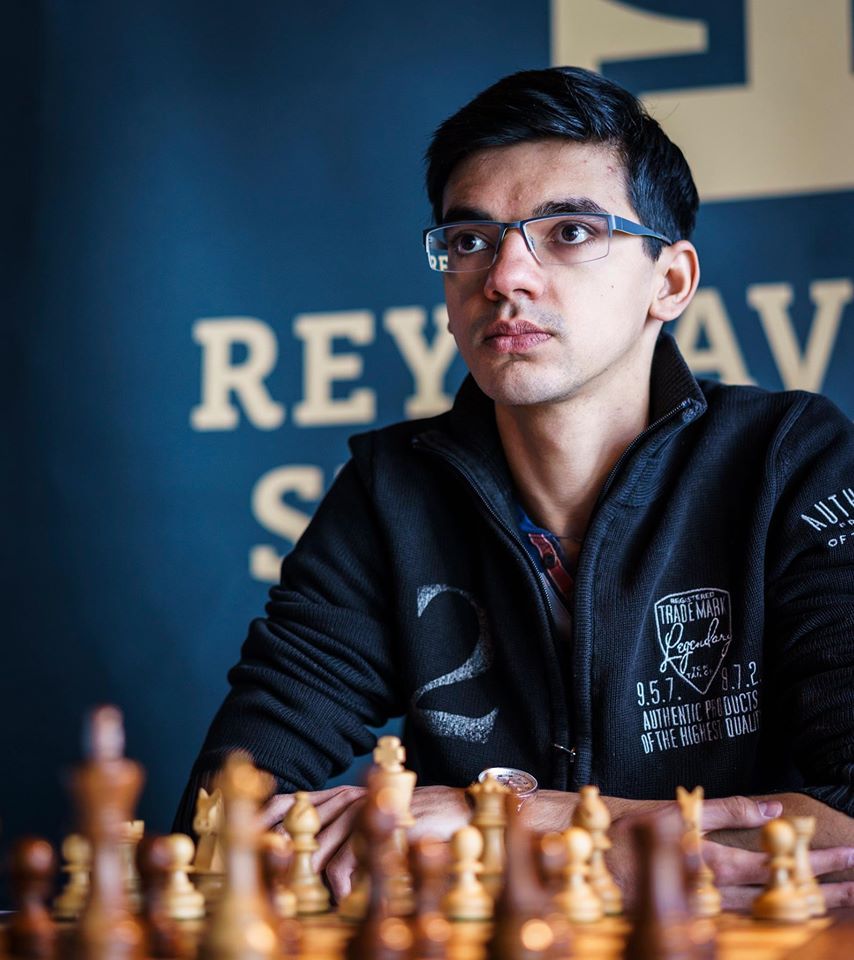 14 players including top seed GM Anish Giri are in the lead with 5.0/6 Two strong kibitzers! Nihal and Praggnanandhaa discuss the games with their parents Dr. Sarin (Nihal's father) and Nagalakshmi (Pragga's mother) in the background. 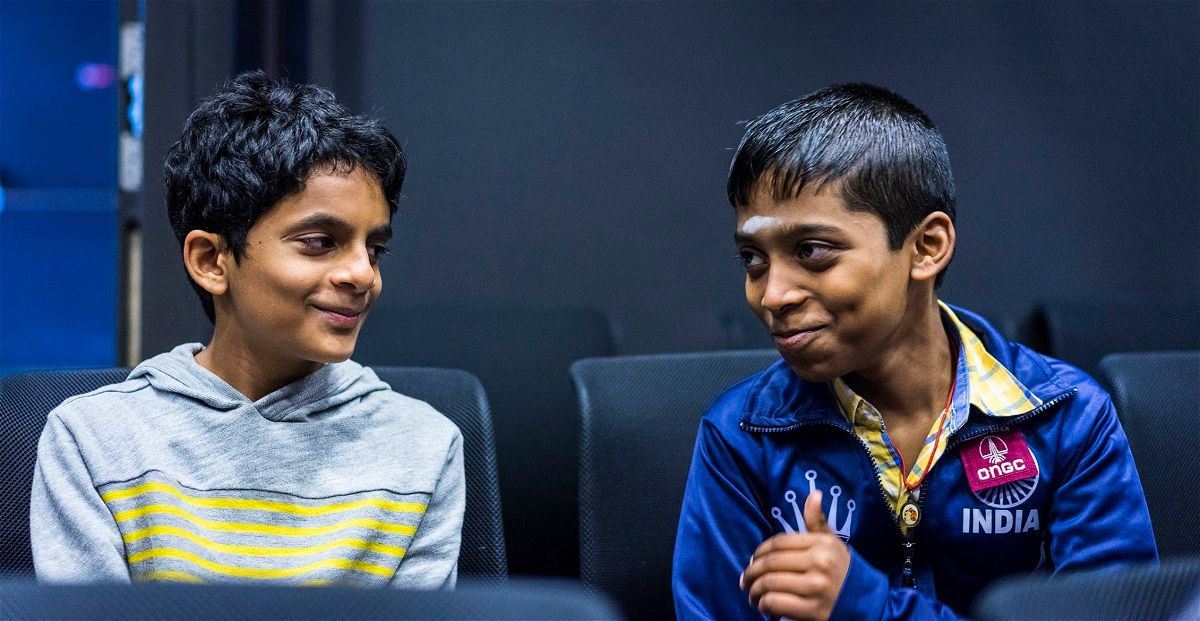 It's so good to see that the future of Indian chess have such a great camaraderie between themselves!

View the rankings after round six

Pairings for round seven 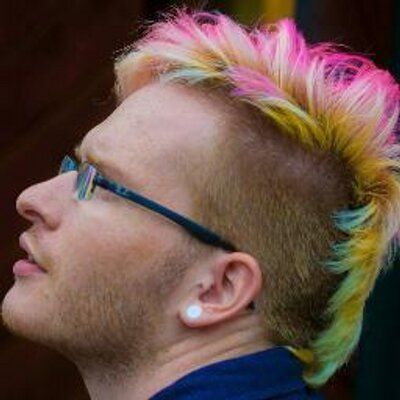 Thanks Lennart Ootes for some brilliant pictures! It helps us Indians back home enjoy the performances of our players even more!