With more than 230 participants and many top grandmasters the Reykjavik Open can boast of a strong field. The Harpa Hall, where the tournament was played, was another attraction. But the thing that attracted the world most was the summer smile of GM Abhijeet Gupta and IM Tania Sachdev in the inconsistent cold of the Icelandic capital. In this first part of our in-depth round-up, we bring you an illustrated report with the comments of Abhijeet himself.

This year the Reykjavik Open was a bit overshadowed by the Candidates tournament in Moscow and the Women's World Championship in Lviv. But traditionally the Open in Reykjavik has a lot to offer and this year this was no different. The Harpa hall is one of the world's most splendid venue; Iceland is a place many people want to visit once in their lives, and the field of the tournament was again very strong.

In this first part of our report on the tournament, we will go through the games of the winner himself with his views and comments. 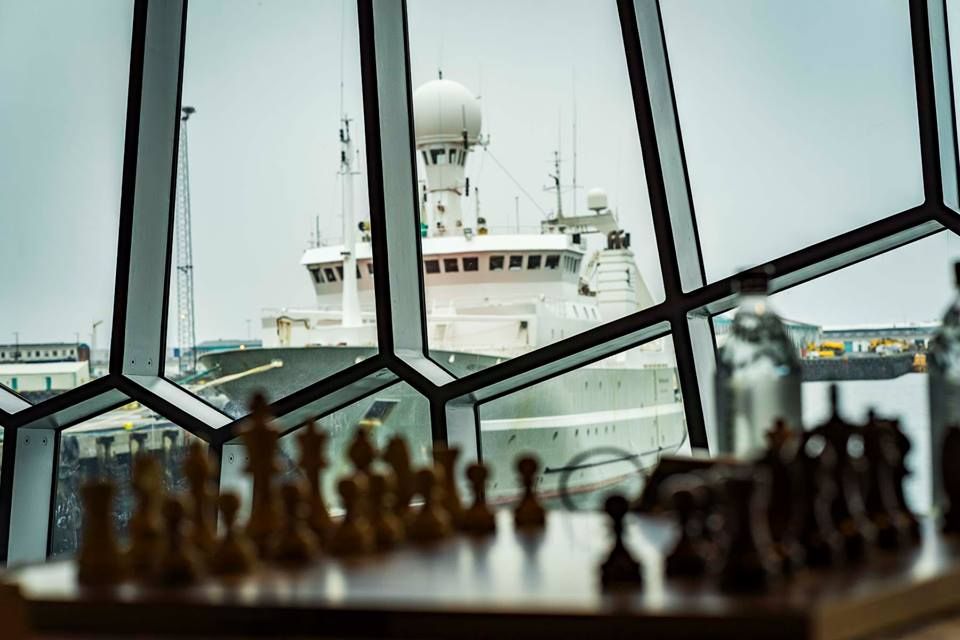 The breathtaking view from the top tables' stage in the arena, one probable reason why ACP voted Reykjavik as the second-best tournament in 2015.
Clear first with 8.5/10: GM Abhijeet Gupta (2634)

The tournament was won by 26-year-old GM Abhijeet Gupta by a clear half-point margin. He stayed undefeated throughout and played solid yet interesting chess to win yet another Open tournament. The tournament had a regulation allowing a half-point bye until the seventh round, but would Abhijeet take a bye for the safety of a half point and rest? "As odd it may sound, I just wanted to play chess and generally if I am not ill, I don’t see a reason for taking byes," was Abhijeet's explanation.

He started off comfortably, winning his games without much ado. Gupta summarized his start saying, "I didn’t really plan or prepare anything special for my start. It just happened and my basic aim was to continue playing good and consistent chess." 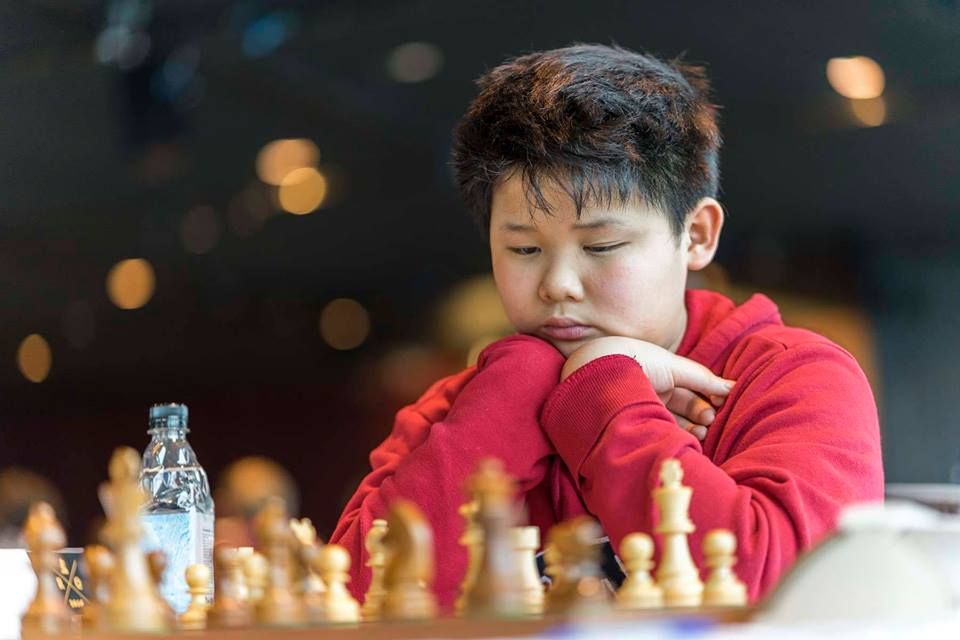 Awonder recently became USA's youngest International Master and has an interesting future ahead of him. Gupta played a typical Sicilian with the black pieces and wiped out the young American.

(Note: If you are playing through the game on a computer screen, you can enlarge the game fonts and the board by clicking on the magnify icon on the upper right.) 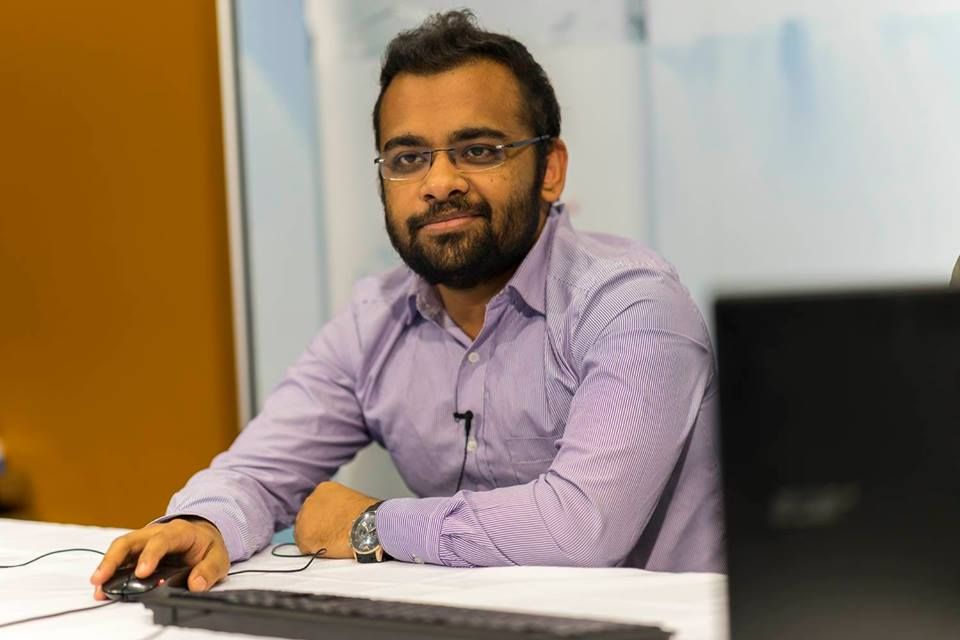 He also played a beautiful Catalan in the fourth round, which aptly ended with the Catalan Bishop performing the last rites. 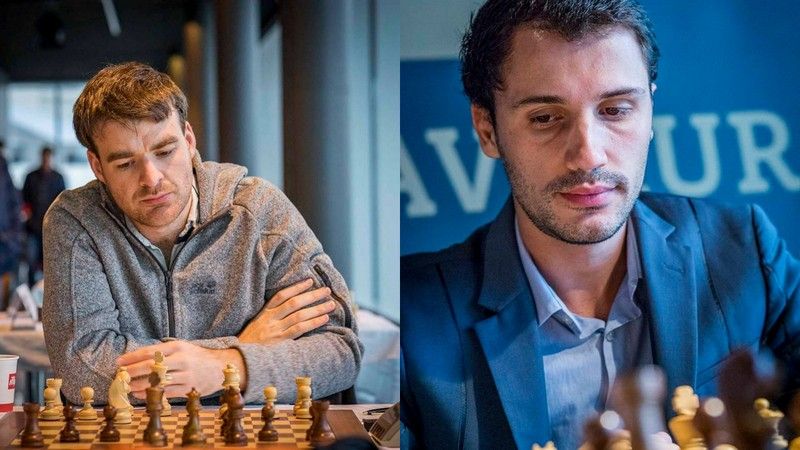 After starting off with 4.0/4, Gupta settled for draws with English GM Gawain Jones (2645) and Bulgarian GM Ivan Cheparinov (2684)

I think I was worse in both the games so I was happy to draw those games and move ahead. 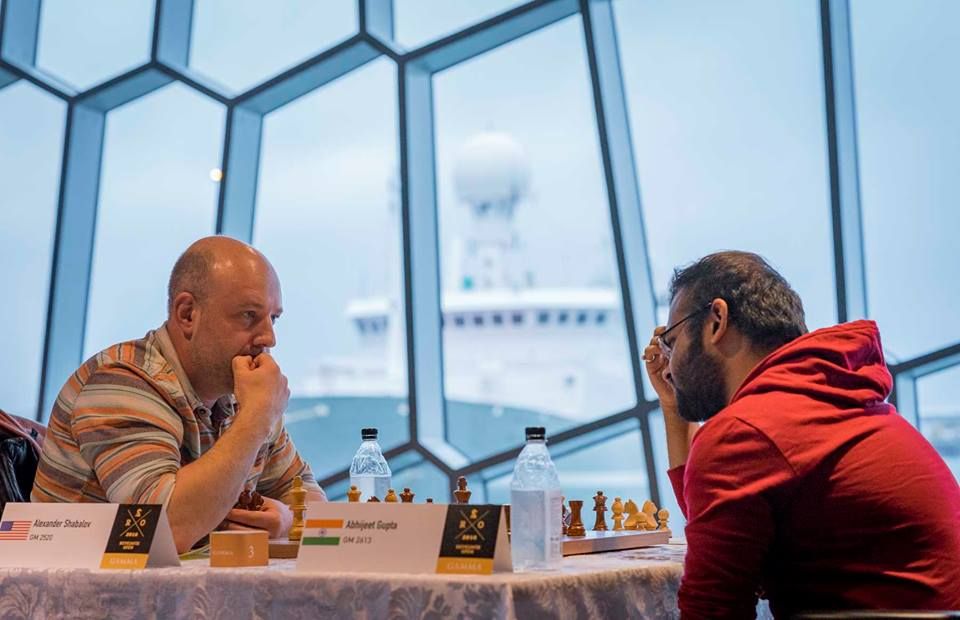 It’s only because of him I managed to win this event! -Abhijeet (joked) on defeating Shabalov

Things looked good for Abhijeet at 5.0/6 and he took on USA's Alex Shabalov (2520) who is known to be very aggressive. Says Abhijeet, "He is a very strong grandmaster and beating him, especially with black pieces, did give me a lot of satisfaction." 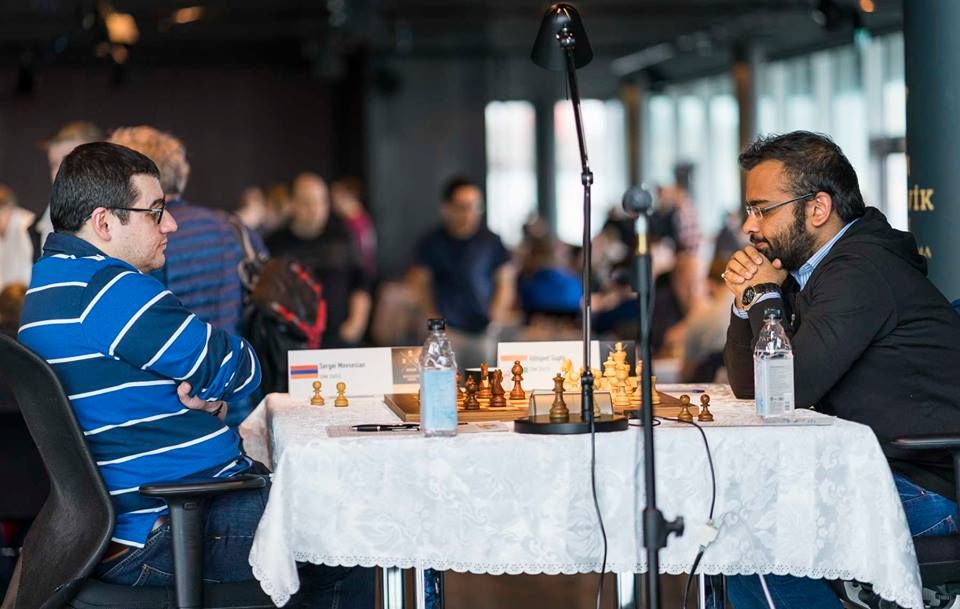 The game looked like a clean display of textbook chess -- any strong player will be proud of this game. "It wasn’t as comfortable as it might have looked. He had a pretty good position after the opening but after a couple of inaccuracies, he gave me an edge and, with even my poor technique, I managed to breakthrough!" 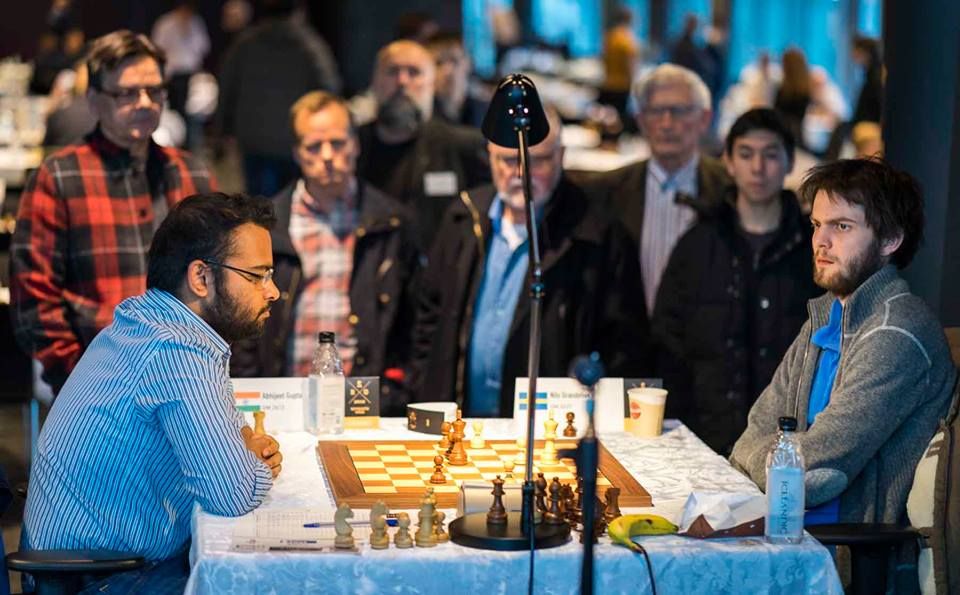 In the ninth round, Gupta kept pressing GM Nils Grandelius (2646) until he crumbled in the end. 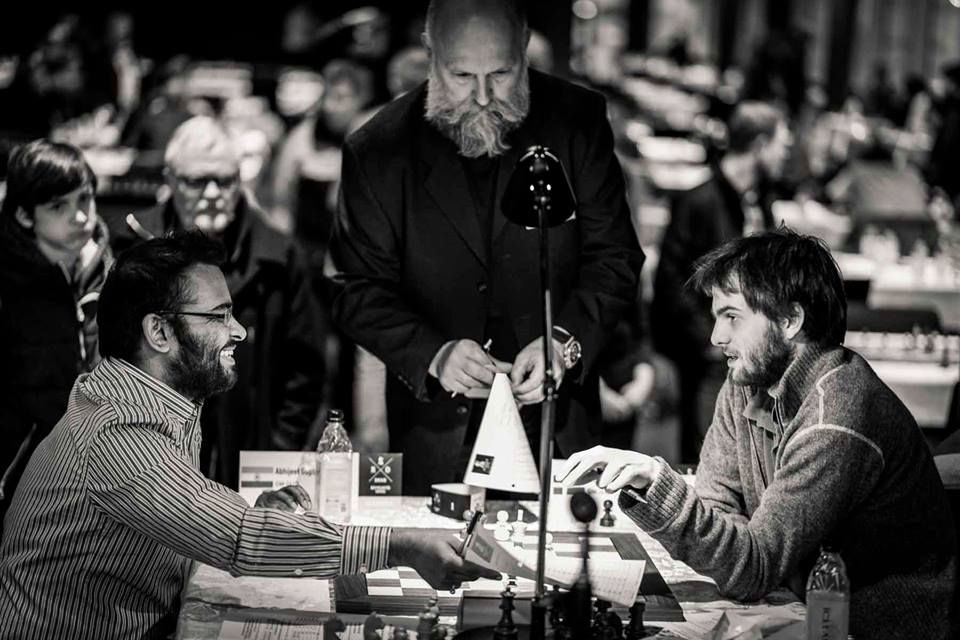 With this win, Abhijeet Gupta had almost sealed his victory in the tournament. With one more round to go, Abhijeet chose to remain focused on the job at hand, which clearly defines his approach. "I didn’t look into it, I just wanted to play a normal game without thinking much about the result," commented Gupta.

Abhijeet easily drew his final round game against Italian youngster GM Francesco Rambaldi (2541) to be crowned the champion of Reykjavik Open 2016. 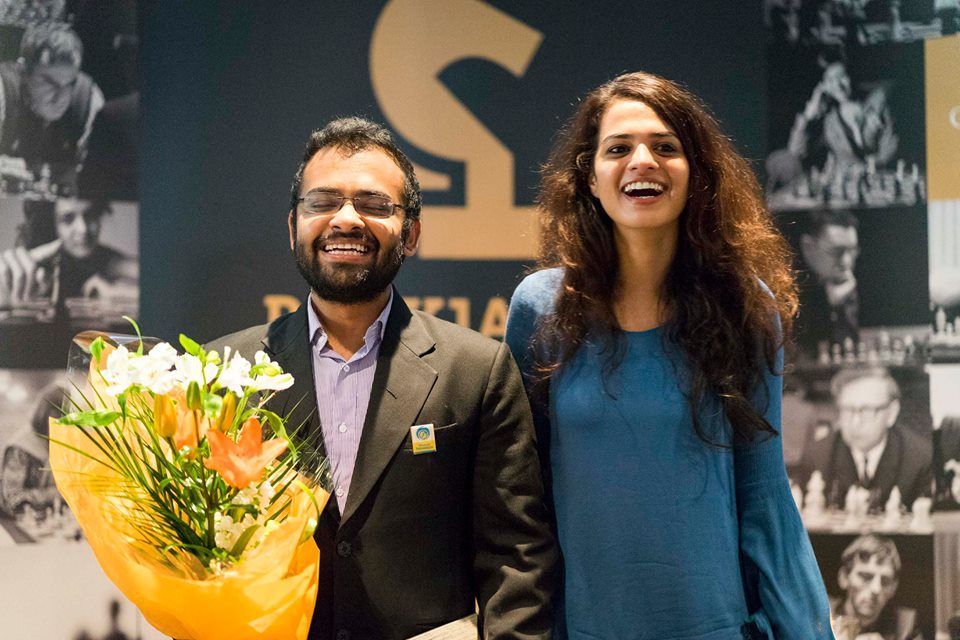 Indian summer in the Icelandic cold!

All games in PGN