Welcome to the Qatar Masters Open 2015

When top players like Anish Giri, Vladimir Kramnik, Wesley So, Sergey Karjakin and other 2700+ guys play in a tournament, the best we can do is watch them in action. If you always wished to play in the same event and cross swords against them, then Qatar Masters Open 2015 is your chance. It is world’s strongest open with the first prize of US $27,000. Here’s all the information.

The second edition of world’s strongest open tournament, Qatar Masters Open 2015, will be held in the capital city of Qatar-Doha from the 19th to 30th of December 2015. 17 players above 2700 have already confirmed their participation. Let’s have a look at the top seeds in the event: 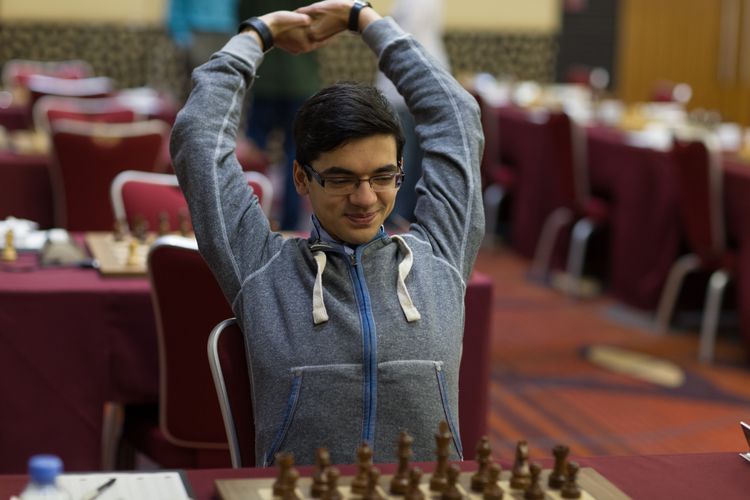 World number six and one of the most solid grandmasters in the world Anish Giri (2793) will be the top seed. And he is not coming alone... 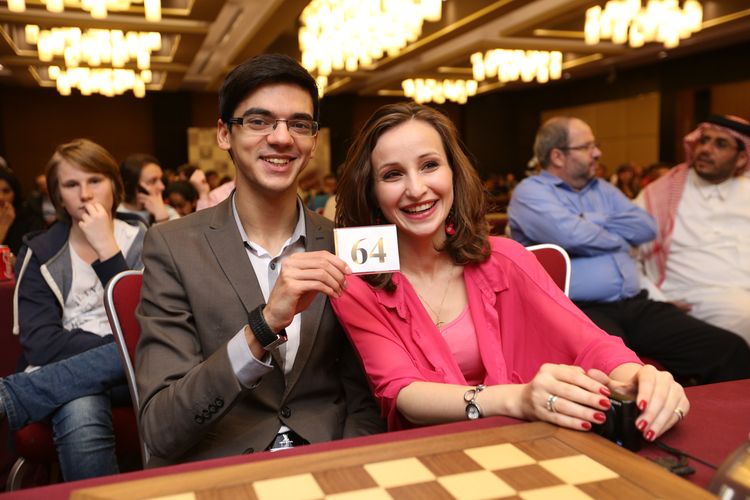 ...Anish will be in Qatar with his beautiful wife IM Sopiko Guramashivili, who is also one of the participants in the tournament. The number Anish is holding in his hand are the number of days since this couple have tied the knot! 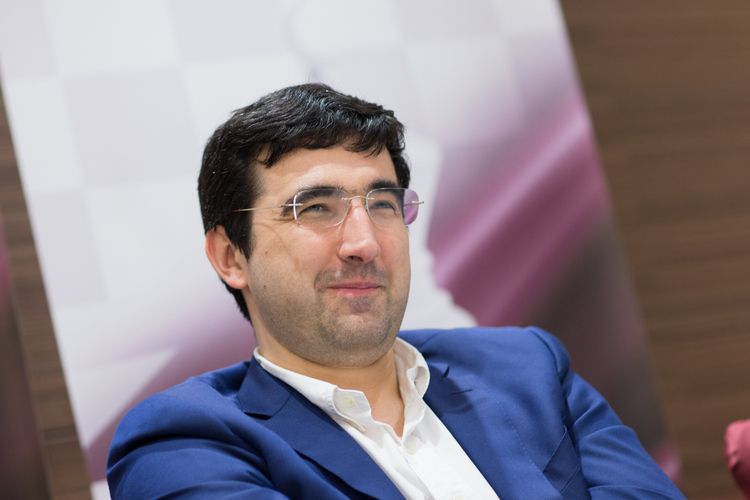 Vladimir Kramnik! That’s a big name there. When was the last time you saw an undisputed ex-World Champion playing in an open tournament? Well, it was Kramnik in Qatar Masters 2014. He is coming back to play in the 2015 edition and would be looking to improve on the third position that he won last year. 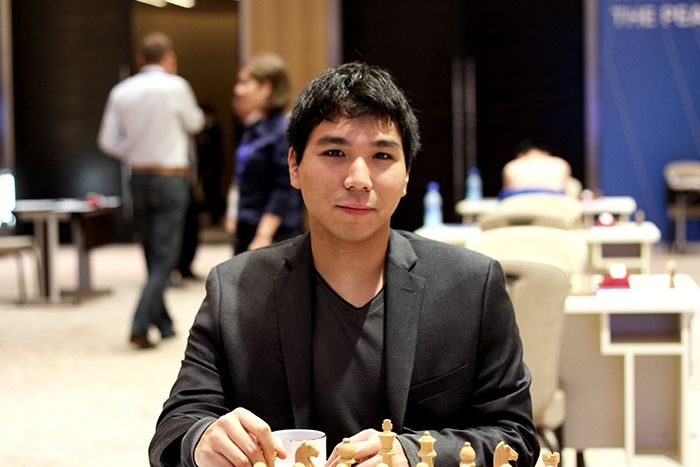 One of the world’s strongest grandmasters, Wesley So has confirmed his participation 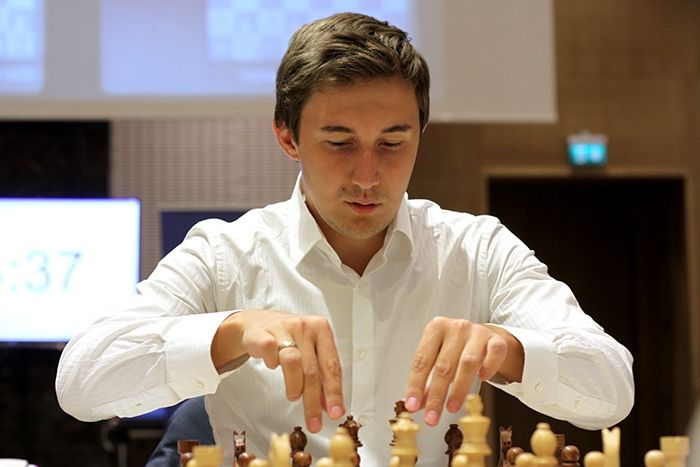 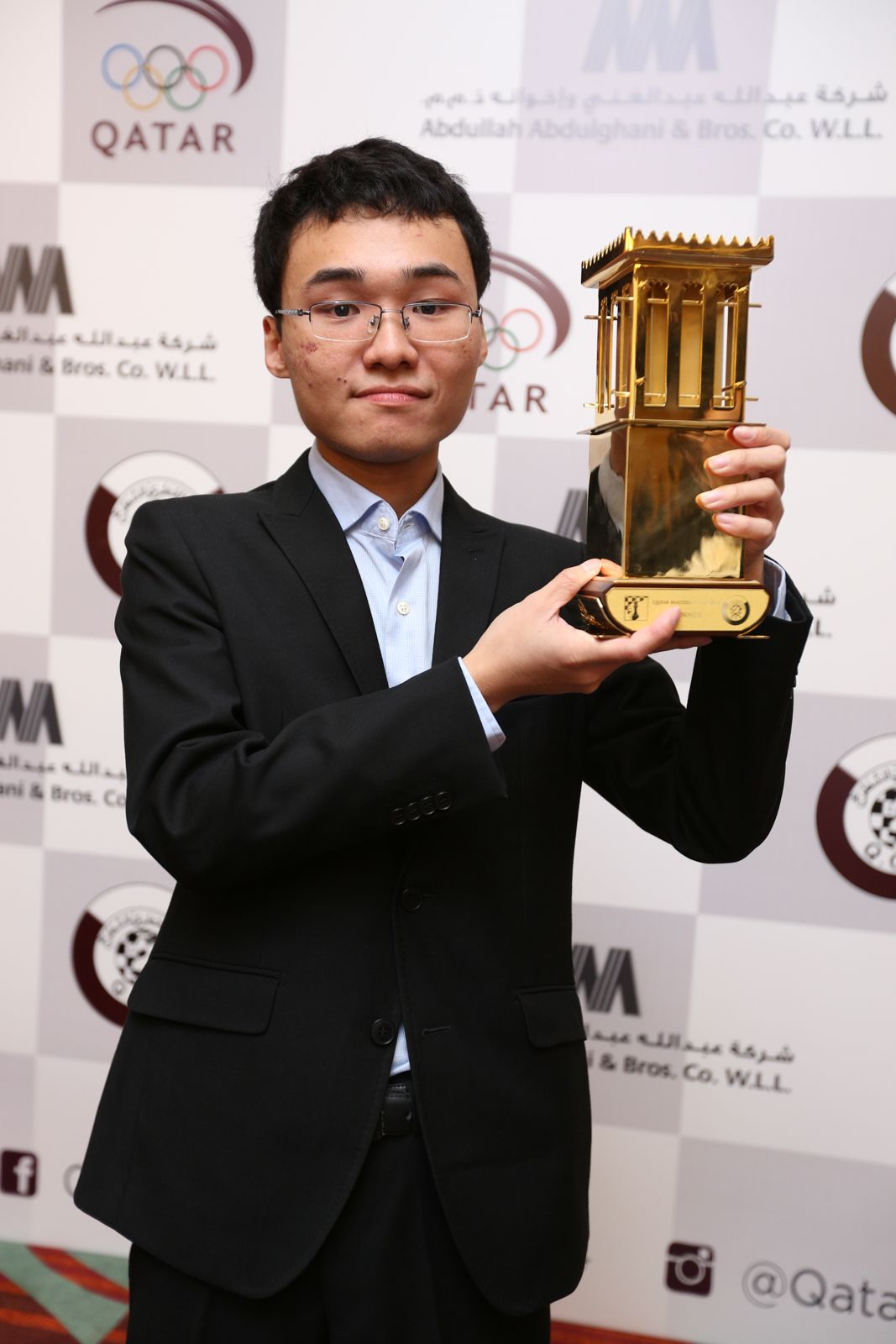 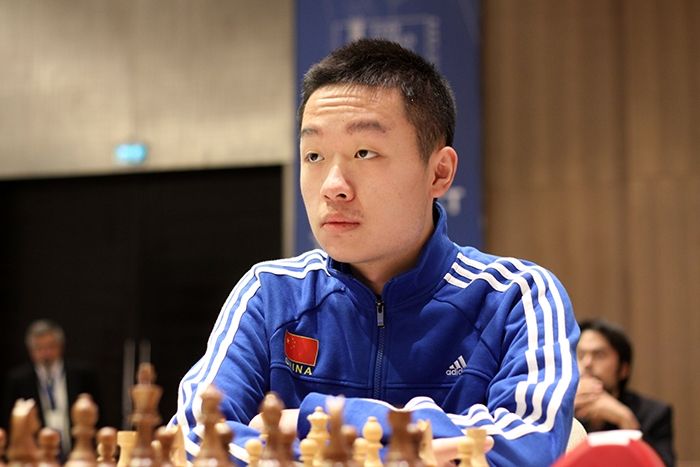 Wei Yi the talented young phenom who is dubbed to be the future World Champion will try to make sure that the Qatar Masters trophy stays in China! 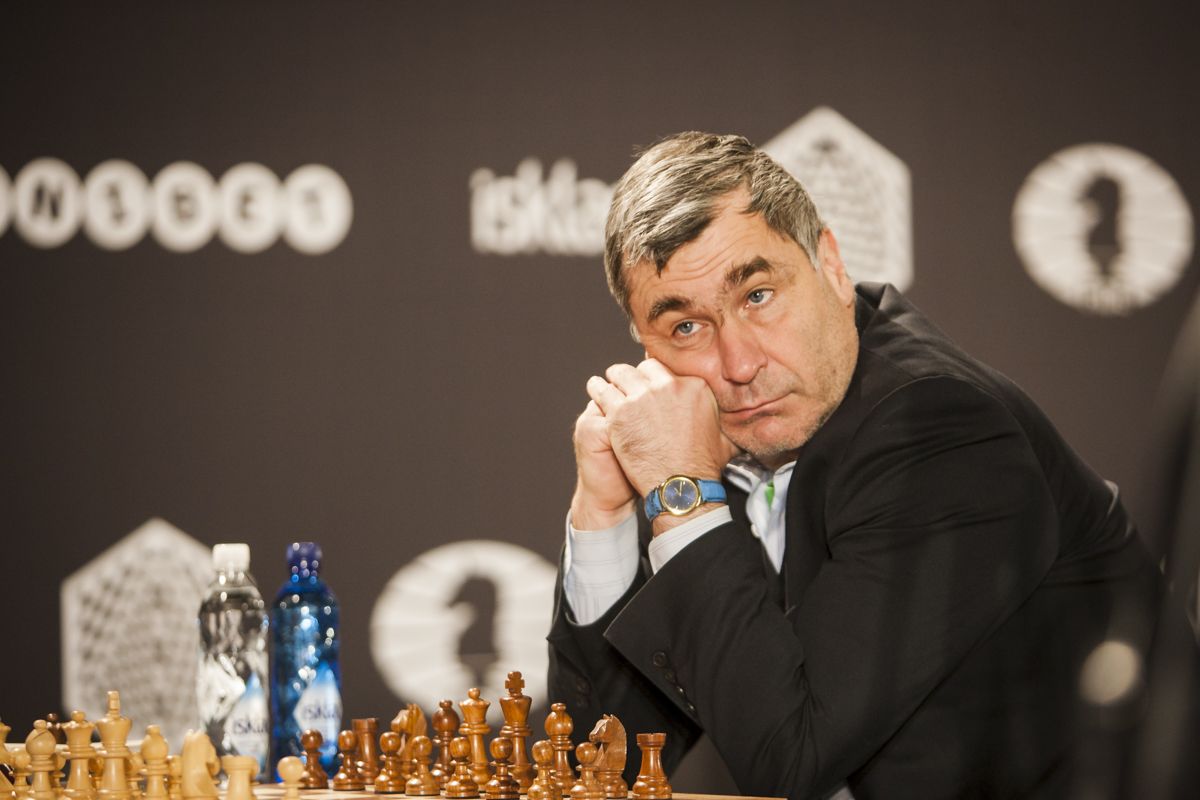 The unpredictable Vasily Ivanchuk is the twelfth seed 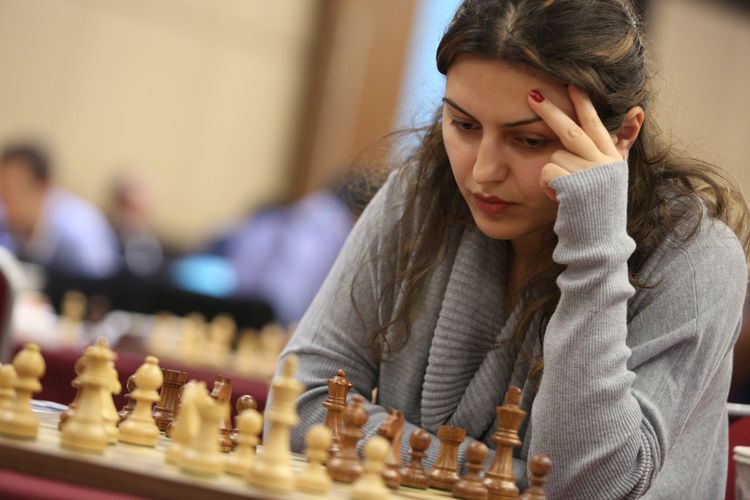 Bela Khotenashvili who was best women player in last year’s competition will try her best to repeat her success and take back home the first prize in women’s section of US $8000. But she will face stiff competition from… 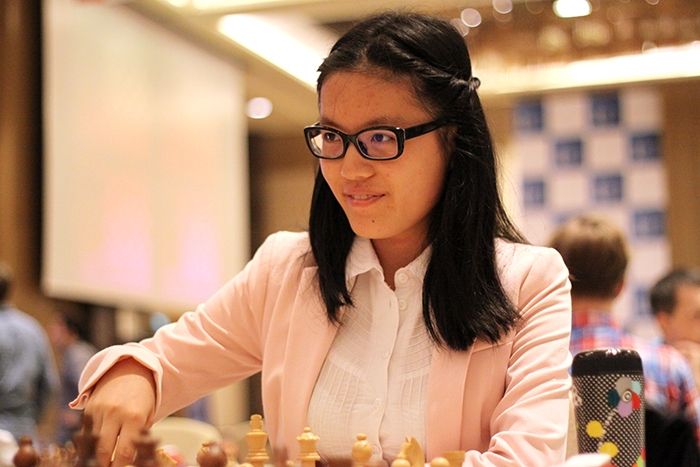 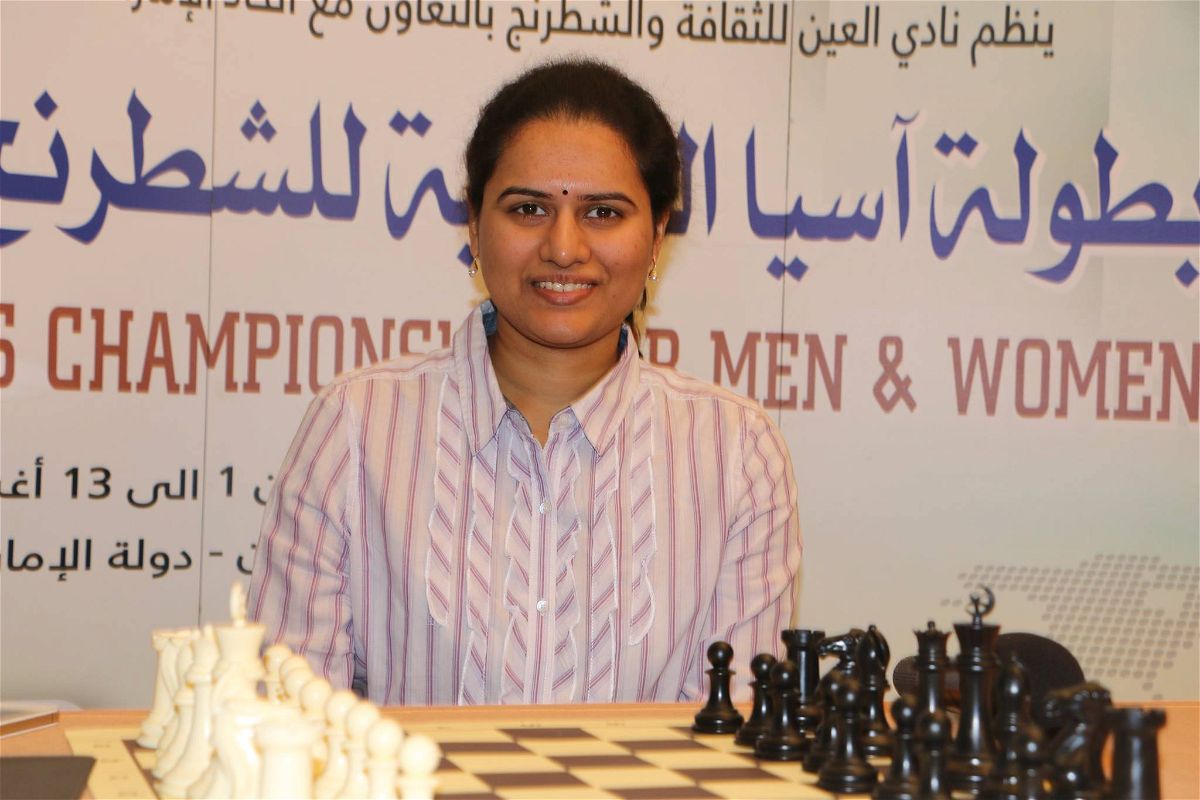 Apart from the ones mentioned above, there are many more strong players like the reigning Russian Champion Evgeny Tomashevsky, Li Chao, Radoslaw Wojtaszek, Pentala Harikrishna, Teimour Radjabov, Shakhriyar Mamedyarov and also the recently crowned World Junior Champion Mikhail Antipov. Only players above the rating of 2300 will be allowed to participate. As of now there are 106 players who have confirmed their participation.

What attracts such great players to an event like Qatar Masters Open? Well, the prize money is a big motivator!

The prizes for women players are also very attractive

But it’s not just about the prize money. The tournament is being held in the Aspire Zone which is one of the most technologically advanced sporting complex in the world.

The Aspire Zone has the Khalifa International Stadium, a 50,000 capacity stadium, which is the reason why Qatar could make the bid for the 2022 FIFA World Cup. The Qatar Masters Open 2015 will be held in the ladies sports hall of the Aspire Zone. 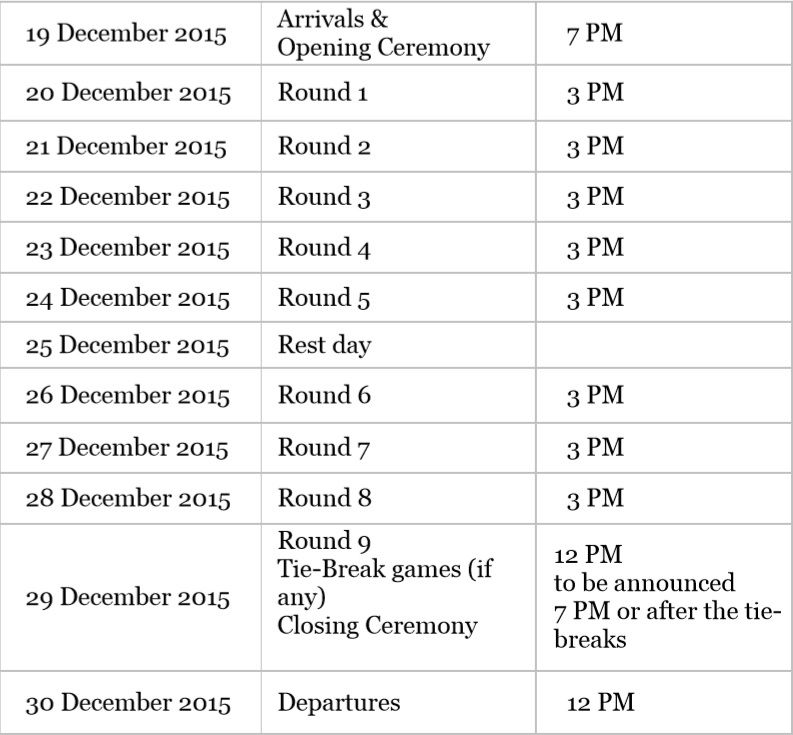 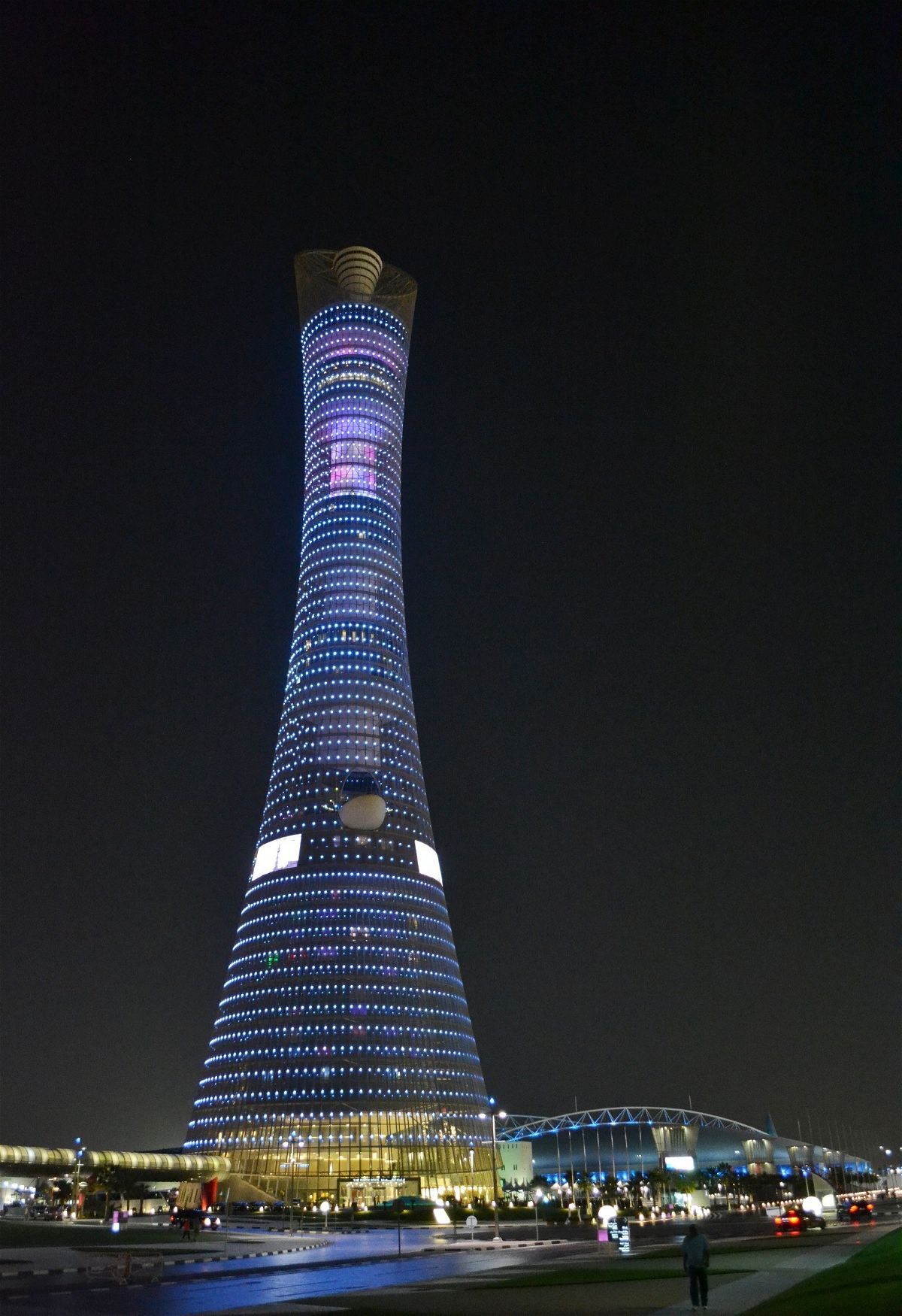 The Torch, Doha which is one of the two official hotels. The other one is… 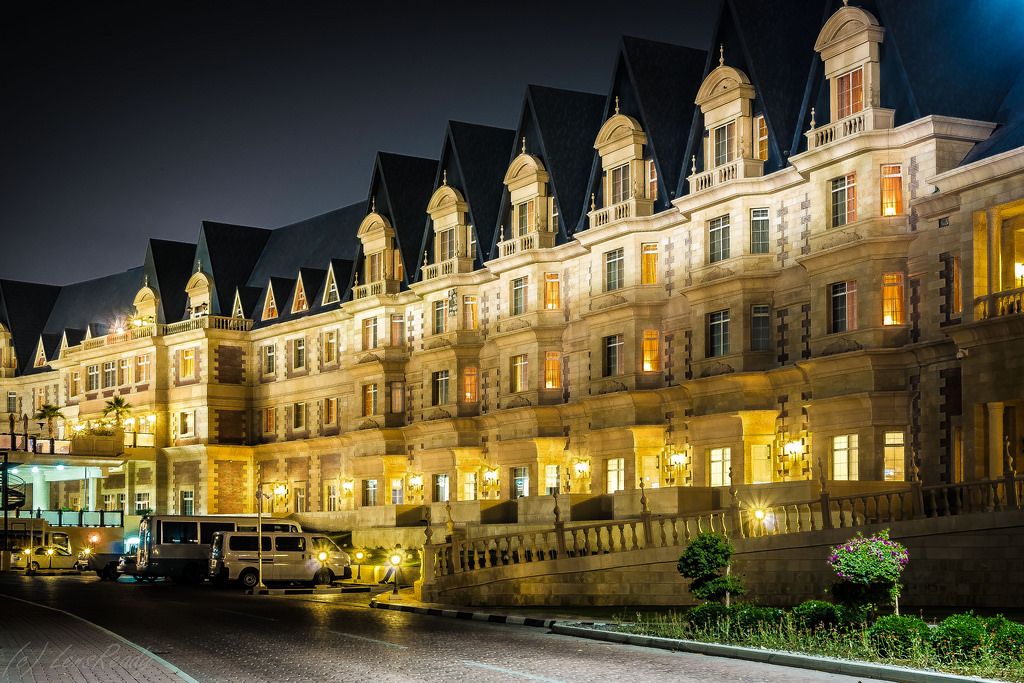 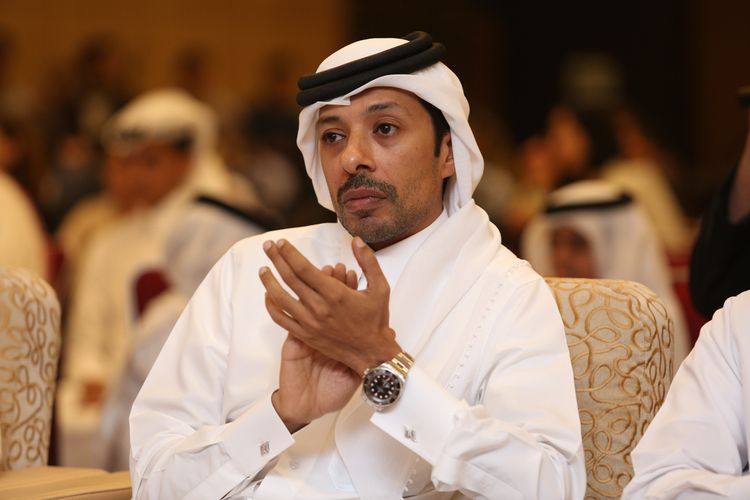 Places worth visiting in Doha 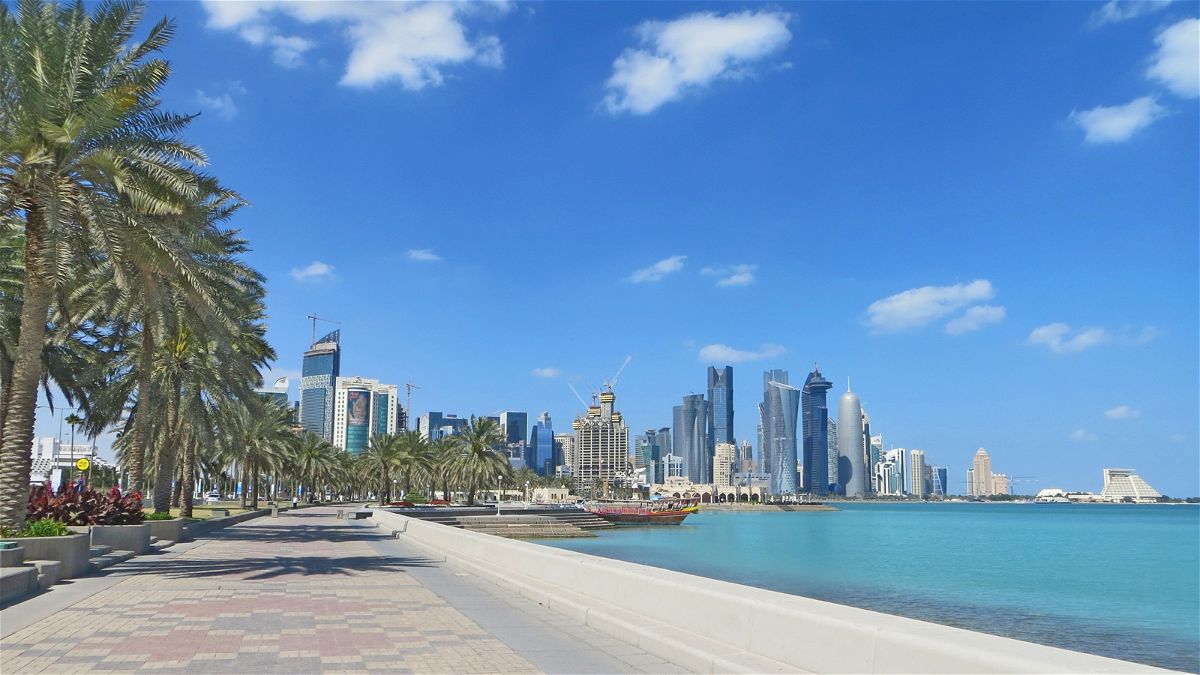 The Doha Corniche is a waterfront promenade extending for several kilometers along Doha Bay in the capital city of Doha. It has become a special retreat amidst the locals as well as the expats. A common sight that one would see in the evenings is the many joggers sweating it around the Corniche and people enjoying a leisurely stroll. 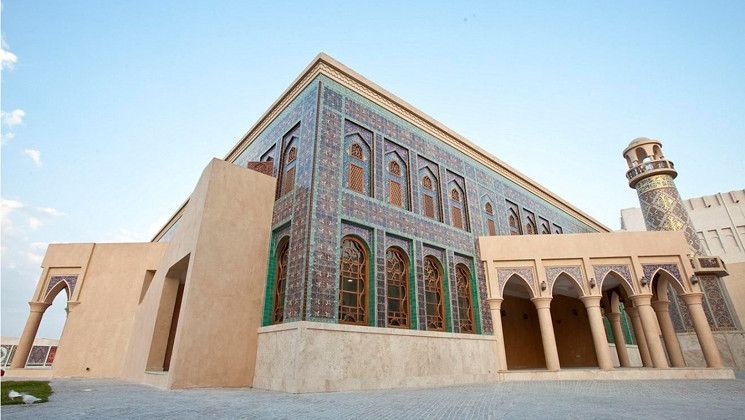 Katara Cultural Village is the focal point for arts and culture in Doha and has art galleries, an amphitheater for opera, drama and concerts performance as well as restaurants and a beach and water sports facilities. 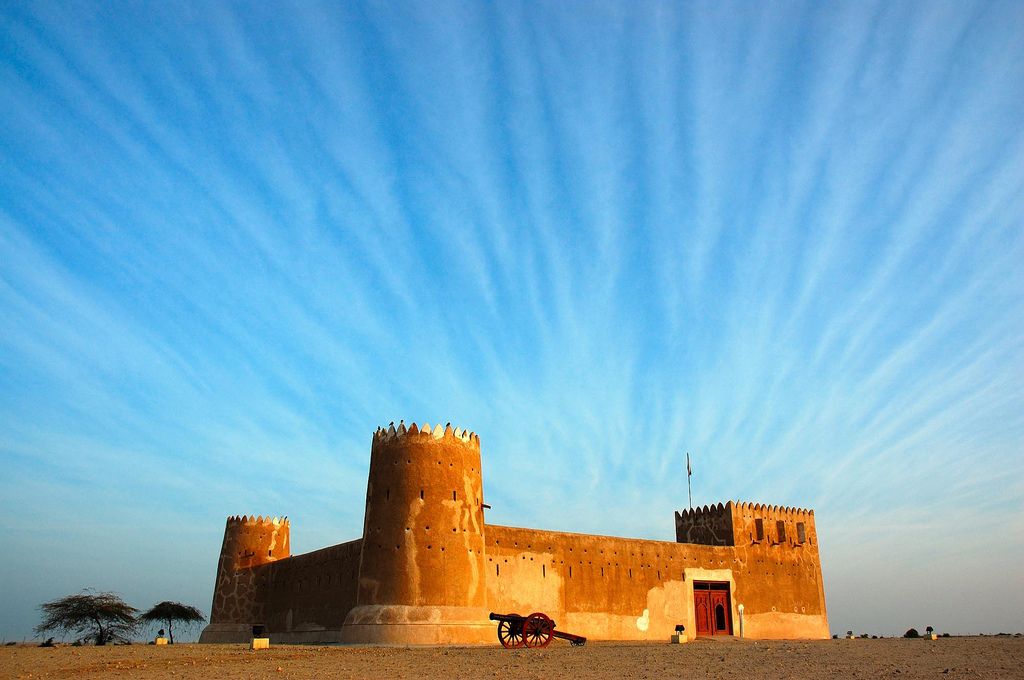 A trip to the ancient 18th century Fort Zubarah in the North of the country is a must for visitors wanting to explore Qatar’s historical landmarks. 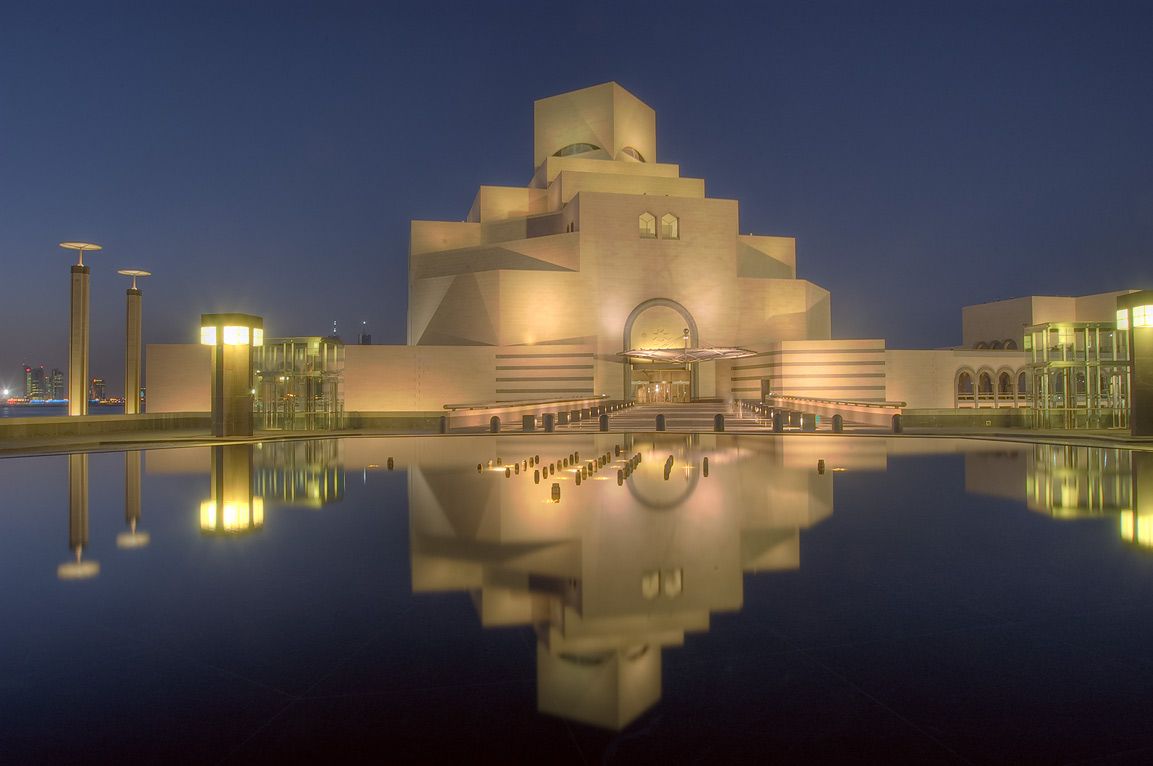 The stunning Museum of Islamic Art, designed by I.M. Pei, famed for his modern wing of the Louvre in Paris, is an icon for art, culture and heritage, housing precious works from more than 200 years of Islamic civilization.

On a parting note we would like to remind you about what happened in the Qatar Masters 2014. Anish Giri began with an amazing 6.0/6 start. He was beaten by Vladimir Kramnik in round seven when the Russian employed the Catalan setup against the Meran. It was after that game that we saw a surge in the popularity of that opening. Kramnik won his eighth round game against Salem Saleh and was all set to clinch the title, when in the last round he was defeated by the talented Chinese youngster Yu Yangyi. With 7.5/9 Yu Yangyi became the undisputed champion of the first edition of the Qatar Masters. We extensively covered this tournament and you can relive the 2014 action through the ChessBase reports. We leave you with this final game, Yu Yangyi-Vladimir Kramnik, the annotations were done by Yu Yangyi and published in CBM 164.