When PM Modi met the royal family of Bhutan -- who is currently on a four-day trip to India -- his gift to Prince Jigme Namgyal Wangchuck was something that caught our eye. The cute little Bhutanese Prince was given a chess set as a gift! Memories of the Swarnim Chess Mahotsav which was held back in 2010 immediately sprung up and we couldn't help wondering if this was a subtle way of promoting the royal game by the PM.

Just three days ago, on November 2, 2017, the King of Bhutan, Jigme Khesar Namgyel Wangchuck, visited India for four days with his family and met the Indian Prime Minister Narendra Modi. The Bhutanese Monarch and his family were given a warm welcome,  However, it was the king's one-and-a-half-year-old son, Prince Jigme Namgyal Wangchuck who 'aww'-ed all eyes. 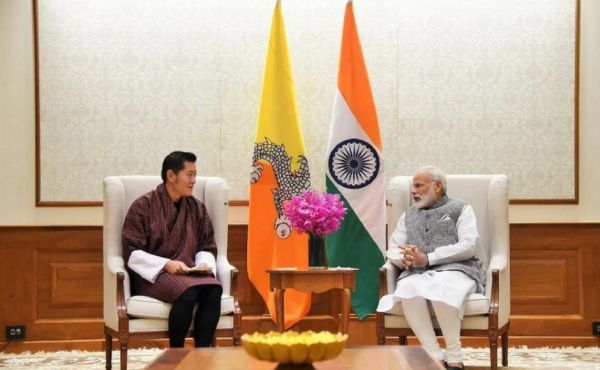 While the meeting was considered important in the light of the recent 73-day-long standoff between Indian and Chinese troops in the Doklam region of Bhutan, some of our most important leaders -- including the PM himself -- couldn't resist showering gifts on the little Bhutanese prince-charming. 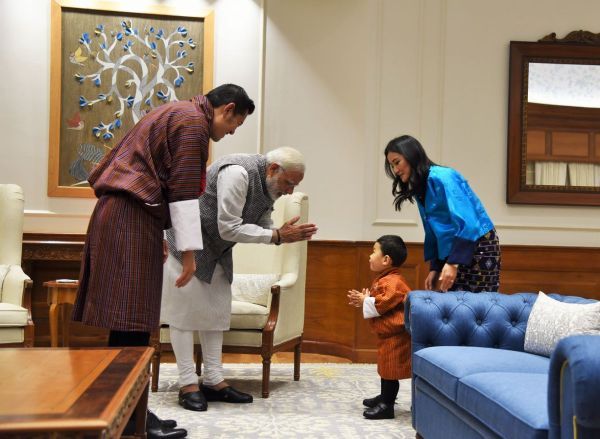 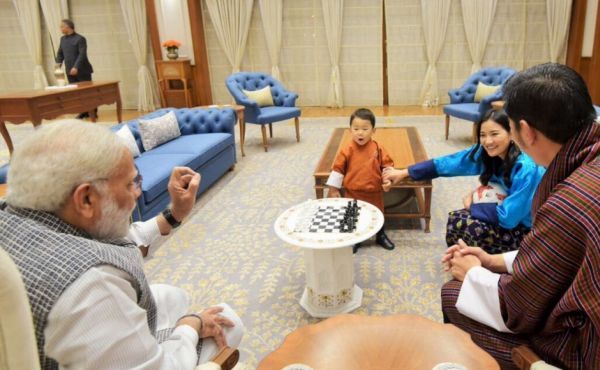 Amid all the cuteness, what caught our eye was the chess set our Prime Minister gifted  Prince Jigme Namgyal Wangchuck. | Image Source: Twitter @narendramodi

PM Modi has always been a staunch supporter of the game of chess. In fact, back in 2010, at the launch of Swarnim Gujarat Chess Mahotsav. PM Modi, who was then the Chief Minister of the state of Gujarat, had described chess as a stress-killer and said that the game is capable of giving a direction in life. He also expressed his desire to ask psychologists to study the effects of chess on the human mind and arrange a workshop on it. Not to mention, a world record was set at this very place as 20483 players assembled to play chess on one platform. 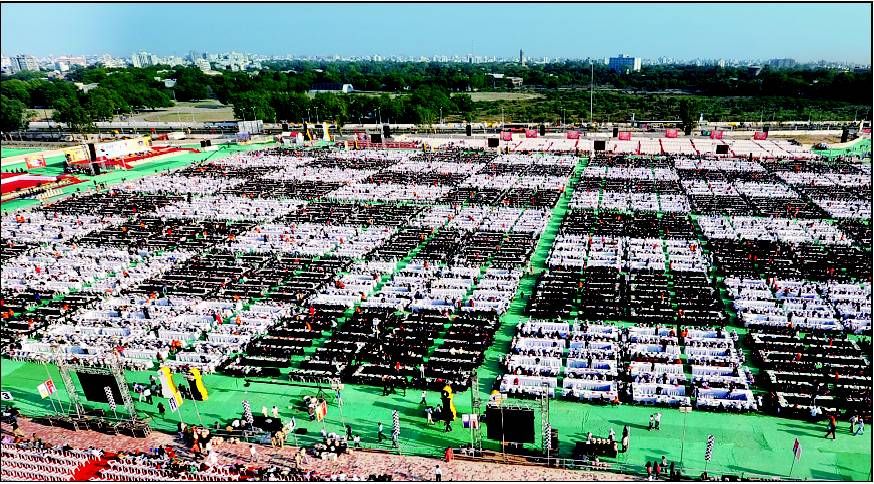 A grand chess show, that won the Guinness book of world record for most number of people playing chess at a particular venue! 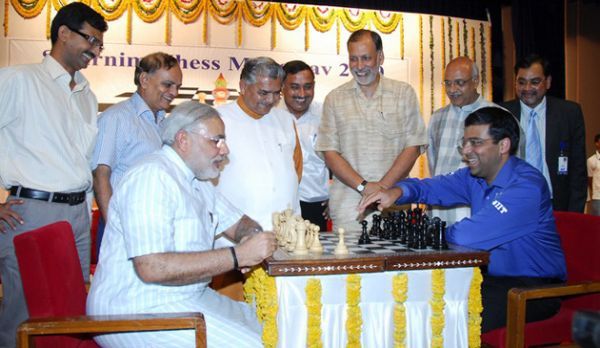 PM Modi even played a game against the Indian chess legend, Vishy Anand at the opening ceremony of the event! | Image Source
This is what Modiji had to say about chess and its importance in life

Taking all of this into account, this gesture by the PM of gifting a chess set to the Bhutanese Prince -- no matter in how subtle a manner -- helps promote the game of chess. And whether or not it was inadvertent, this definitely shows that even if it is at a subconscious level, our Prime Minister has the game of chess on his mind!

And this gesture did not go unnoticed by our undisputed king of Indian chess Vishy Anand: