Baku 2016: And it begins, amidst slight hiccups

The Baku Olympiad 2016 took off yesterday at the Baku Crystal Hall. India begins the event as the ninth seed in the open section, and as the fifth seed in the women's section. It would be safe to say that all the Indian breezed to victories. We bring you an illustrated report with games, analysis by GM Daniel King, and more.

Baku 2016: And it begins, amidst slight hiccups

Although the Olympiad began with promises of being the biggest team event ever in chess history, the final numbers on day one fell short of the mark set by Tromso 2014. 166 teams eventually made it to play in the first round of the mega-event taking place in Baku, Azerbaijan. But the numbers may increase from the second round onwards, and we will tell you why soon.

Baku, as the aficionados may notice, is also the birthplace of the legendary Garry Kasparov. Travel content provider Lonely Planet has a rather sweet way of introducing Baku to its readers: 'Azerbaijan’s capital is the architectural love child of Paris and Dubai…albeit with plenty of Soviet genes floating half-hidden in the background.' So, here we are. 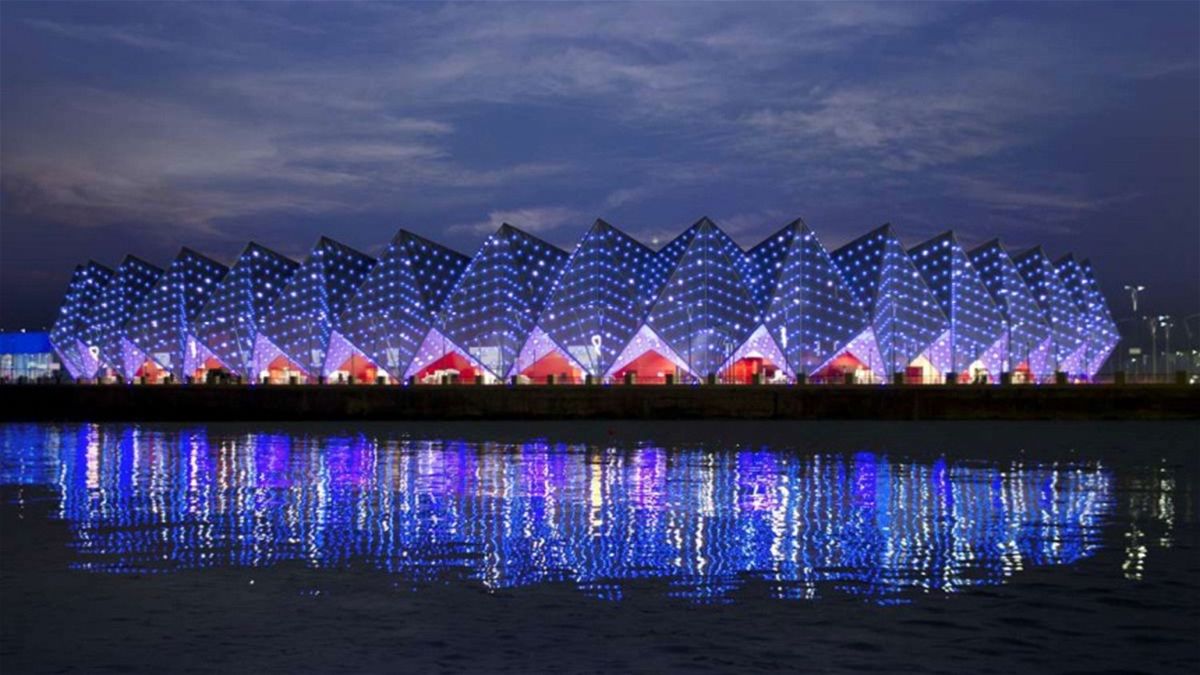 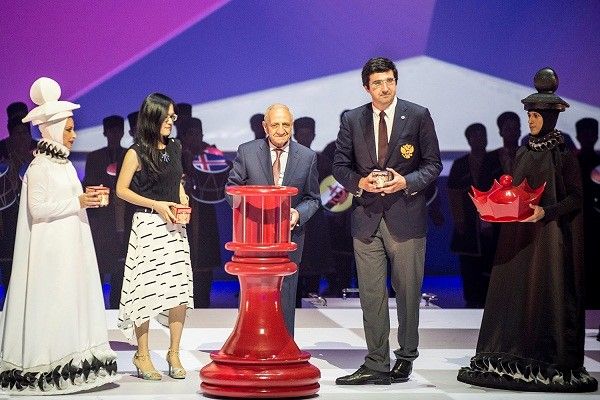 Hou Yifan , leading the Chinese Women's team, and Vladimir Kramnik, leader of the Russian Team, during the draw of lots. [Photo: Official Website] 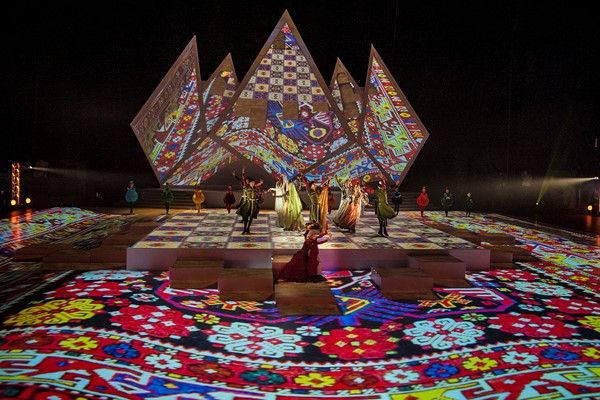 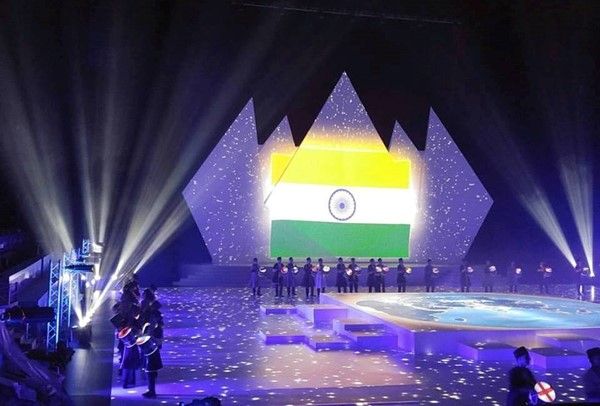 And a lot of expectations rest on the Indian team that was bronze in the previous edition of the open. 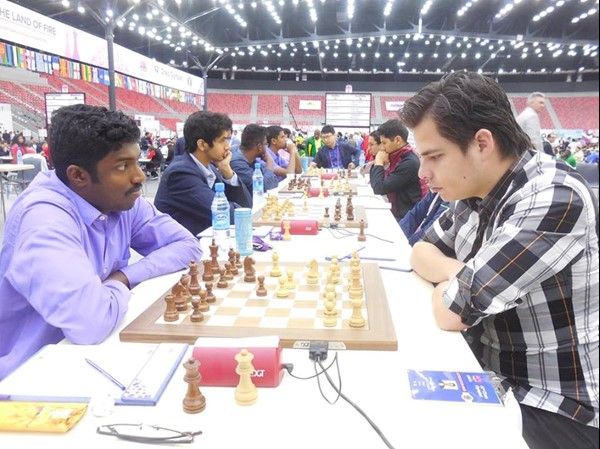 Adhiban led India's not so surprising 4-0 brown wash of the 95th seeded Bolivia without much difficulties. [Photo: Gopakumar Sudhakaran]

It would be safe to say that all the players breezed to victories. Particularly smooth was Vidit Gujrathi's game with the white pieces on the second board. 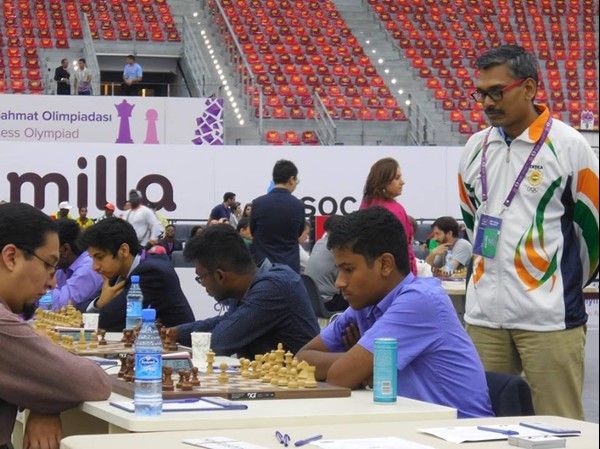 Hari is a seasoned campaigner, and perhaps, it made sense to drop him from the game and let Indian champion Karthikeyan play on the fourth board instead. [Photo: Gopakumar Sudhakaran] 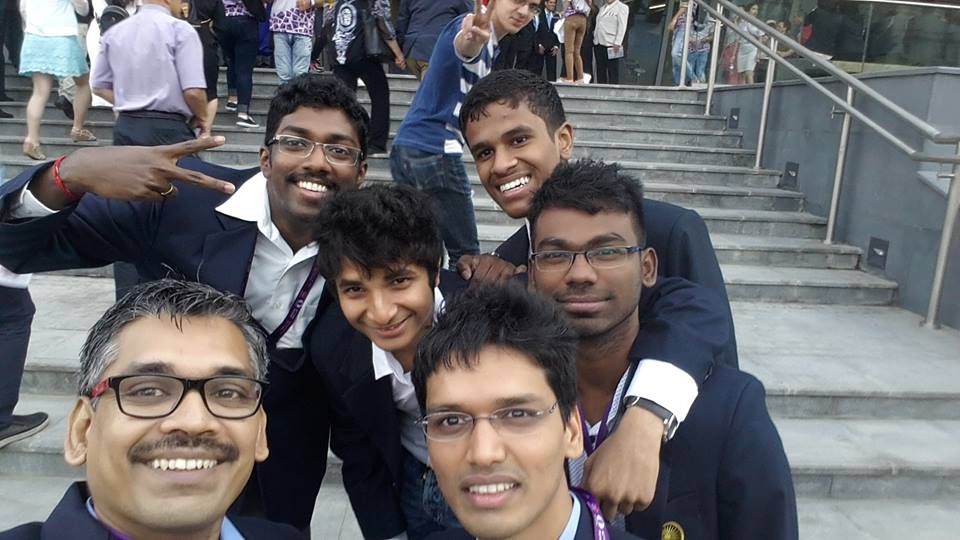 A team selfie by Harikrishna with Anish Giri photobombing. 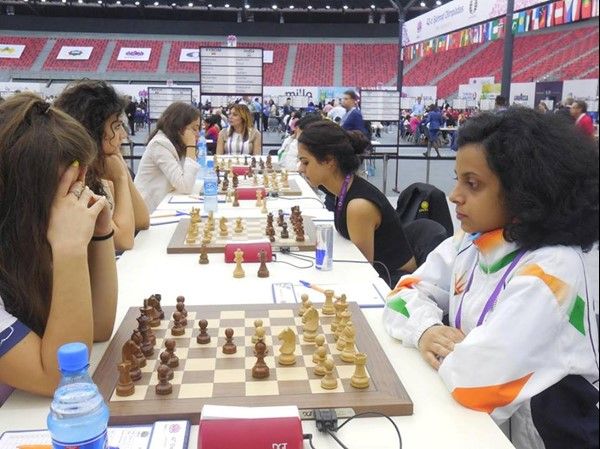 The women's section saw India take on Macedonia, in what promised to be another regulation 4-0 victory for India. [Photo: Gopakumar Sudhakaran] 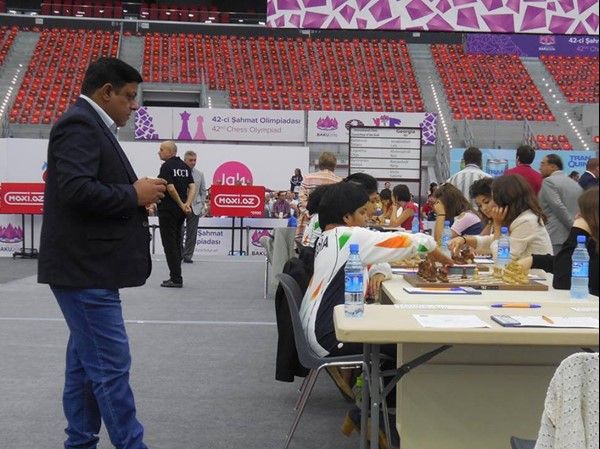 Vishal Sareen's acumen will come in handy for the women's team, and as he has maintained many times in the past, staying consistent till the end would make all the difference. [Photo: Gopakumar Sudhakaran]

While the Indian teams did not have any particularly spectacular games on show, there were some interesting moments in the other games. ChessBase's GM Daniel King will show you the interesting chess moments here:

You can read the report in Hindi on ChessBase India, in the report by Niklesh Jain here. 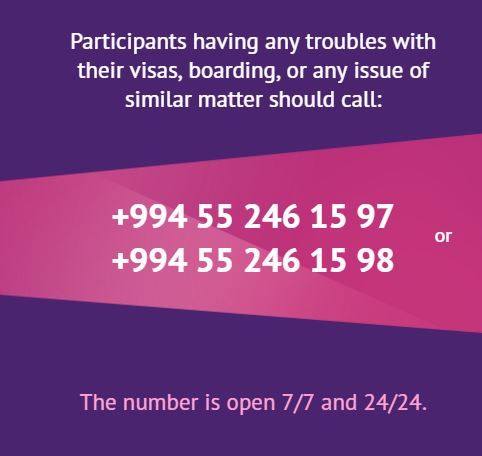 When you visit the official website, you are greeted with this pop-up box, which curiously states that participants having visa issues may call the given numbers that will remain 24x7. Wait a second -- if one is having visa issues, how did he enter the country in the first place? When you dig deeper, you come across some strange scenes. About 20 teams suffered from a no-show in the tournament, awarding their opponents free points. At the moment, there are 166 teams competing, and the numbers may hopefully rise in the second round.

In another curious incident, a handful of games were plain woozy -- IBCA, a team o visually impaired players, was wiping out the English team, while Iran was facing a massacre against Botswana! In the end, it turned out to be a transmission error, where the names of the players were simply reversed. Lastly, the journalists and press present at the venue was not at all happy with the treatment meted out to them -- and that for silly issues like photographing players, etc.. For example, have a look at this video shot by Russia's Evgeny Surov of the Chess-News here.

You can read more about the incidents and upsets in our international report. In addition, you can have a look at our report on the opening ceremony with some fantastic pictures by David Llada here.

By the way, can you guess which top team is giving the Olympiad a miss?

Games in PGN for Open and Women