It is the strongest event of 2017. Altibox Norway Chess 2017 is here and it is a star studded line up that we are looking at - Magnus Carlsen, Sergey Karjakin, Wesley So, Fabiano Caruana. Vishy Anand ensures that Indian fans have a hero to cheer for at the event. On 5th June, a blitz tournament was held for players to decide their number for the main event. Magnus Carlsen crushed the field with 7.5/9. Anand finished seventh with 4.0/9. We give you information about how to follow the classical games live with commentary. Blitz event report.

The Norway chess 2017 kicked off with a blitz tournament on 5th of June 2017. Ten of the best players in the world are in Stavanger to take part in this event sponsored by Altibox.

Vishy Anand is the biggest attraction for the Indian fans at this event. Of course the hot favourite to win the title will be Magnus Carlsen. But he will receive stiff challenge from Wesley So. World Championship Challenger Sergey Karjakin is also here and so is Fabiano Caruana, Hikaru Nakamura, MVL and Anish Giri. Adn then you have the two evergreen players Vladimir Kramnik and Levon Aronian. It's going to be an event to remember. 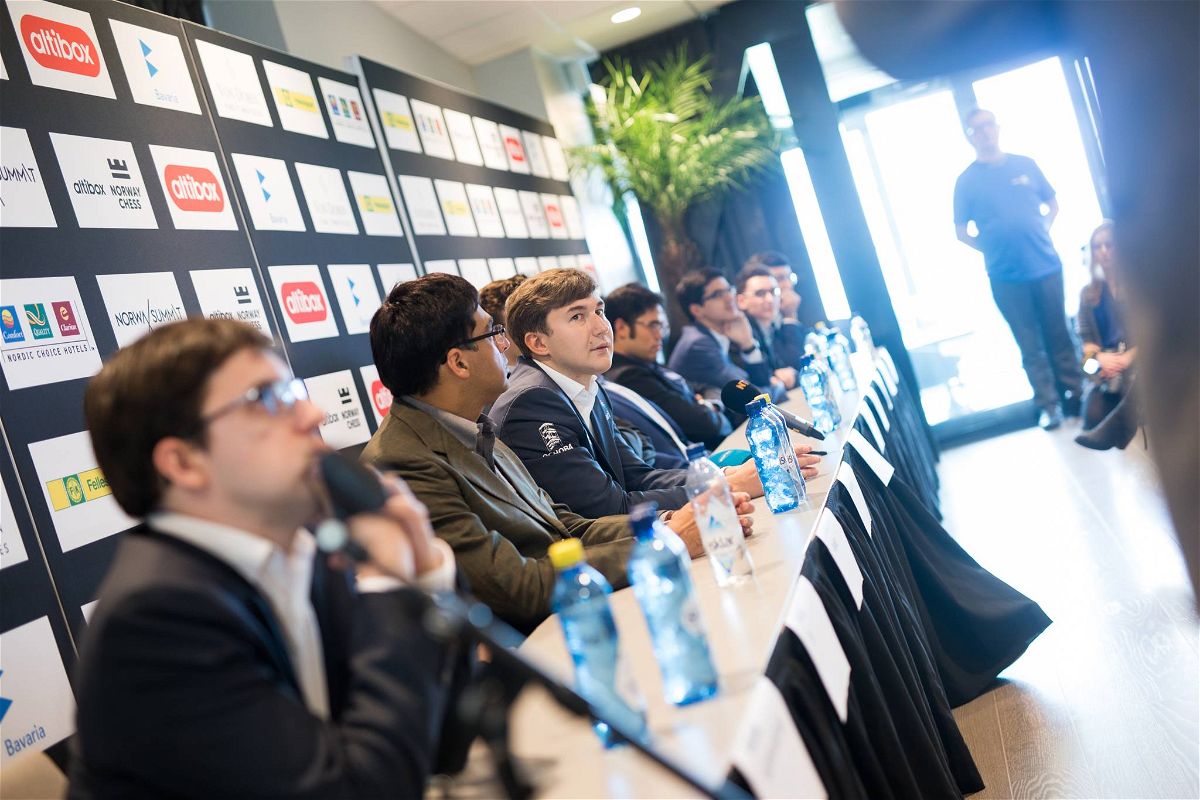 The press conference before the start of the tournament
The blitz tournament was a nine round event with 3 minutes + 2 seconds increment.The winner of the blitz tournament would choose his number in the main tournament. Number 2 gets the highest available number, and number 3 the second highest, and so on. 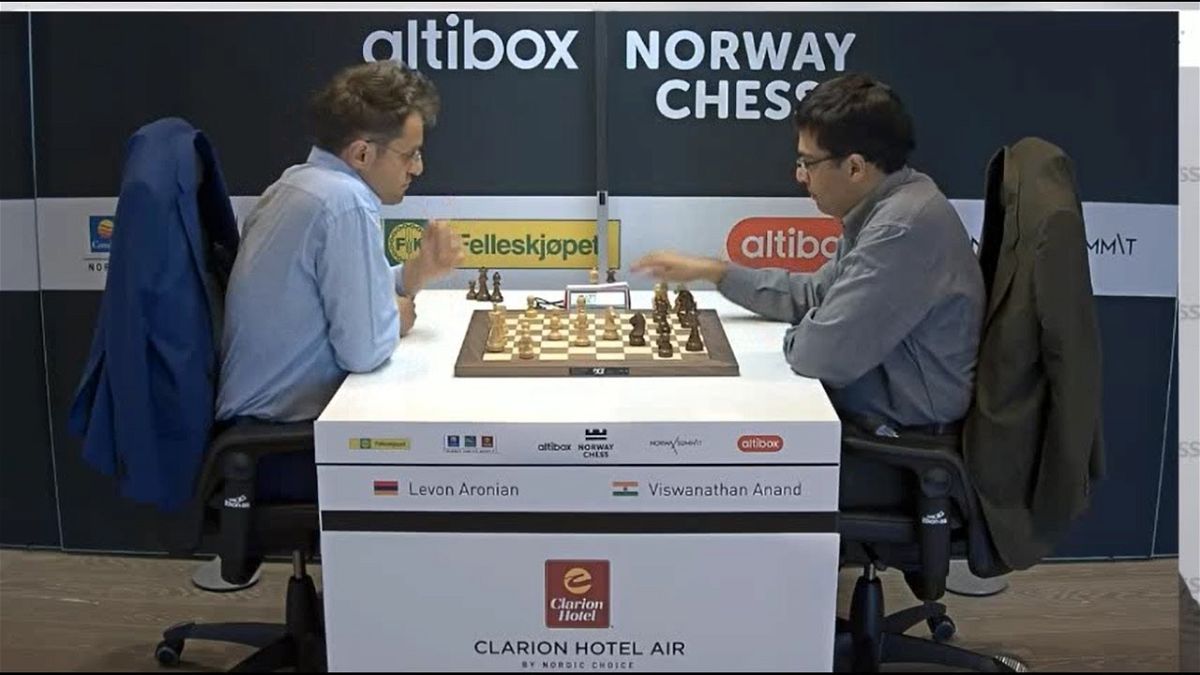 Vishy was very solid in the blitz. He lost two games, won one and drew six! His win came against Fabiano Caruana, while he lost to MVL and Vladimir Kramnik. 4.0/9 was good for a seventh place finish.

Here is Anand's only win from the event, against Fabiano Caruana: 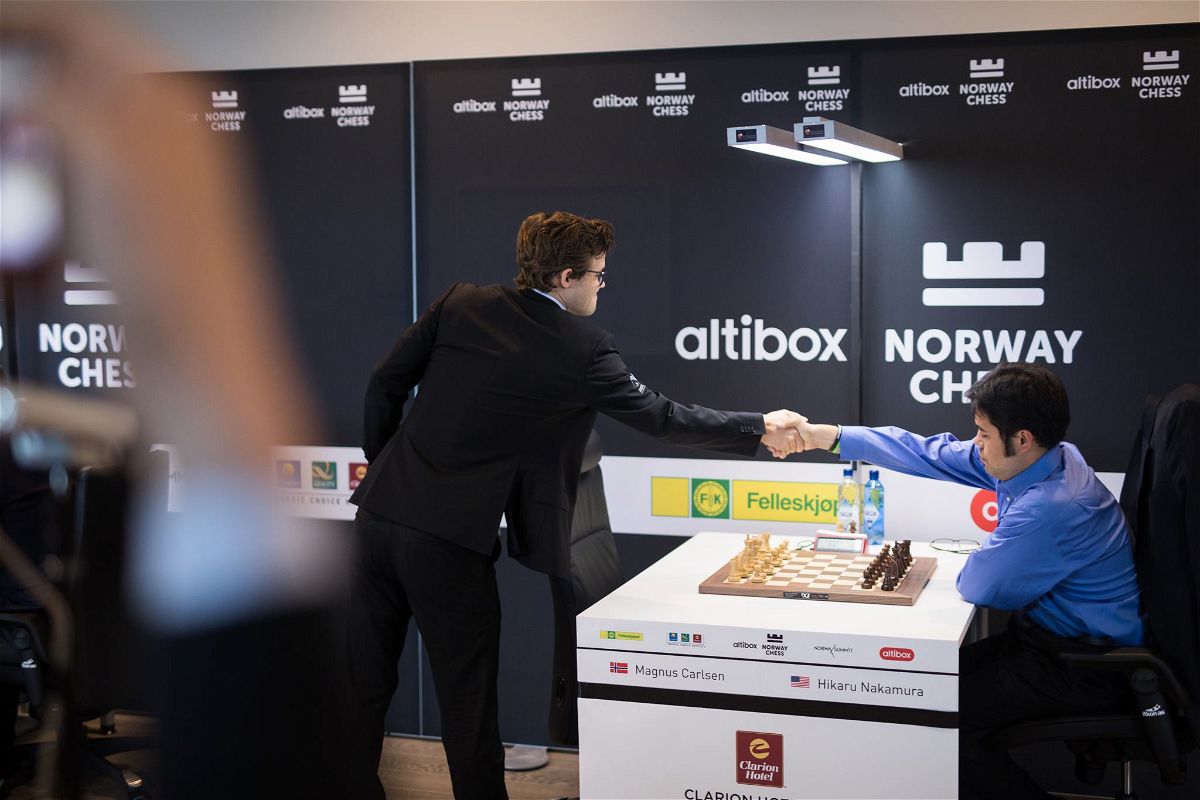 Two arch rivals getting ready for the game in the first round. The battle ended in a draw. 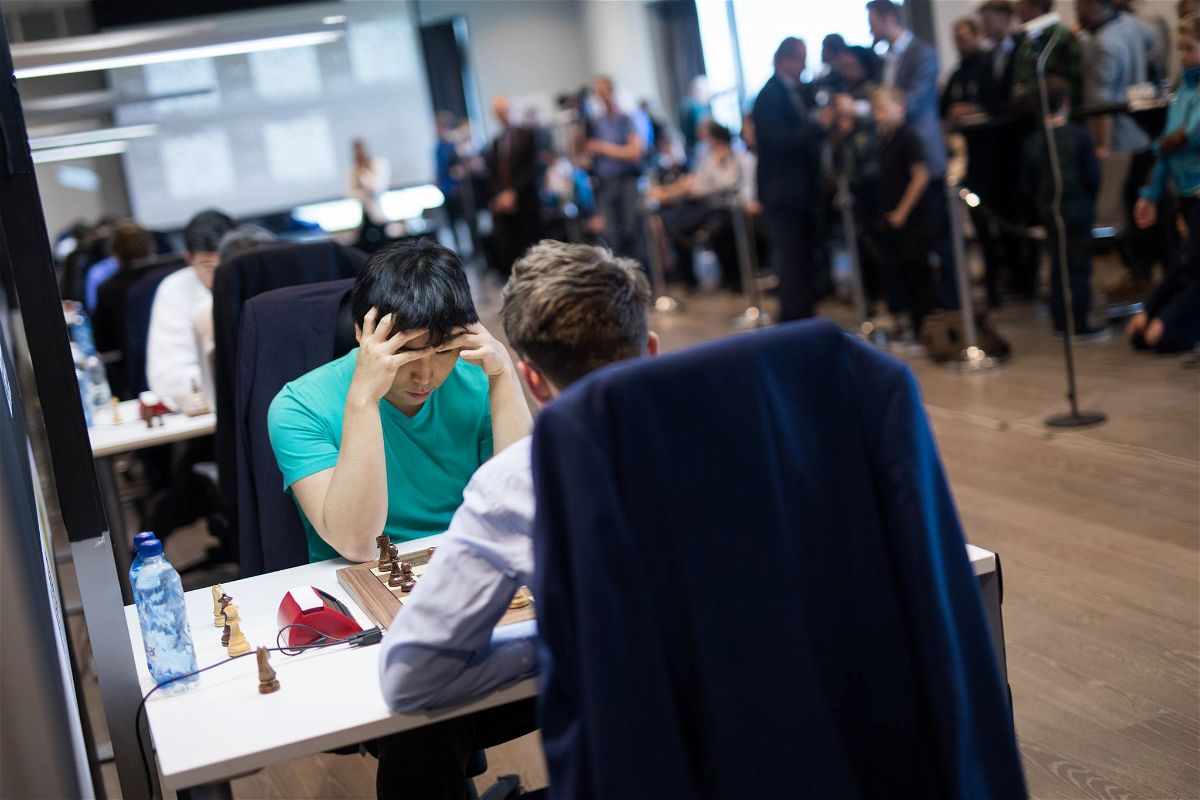 Wesley So came to the game in a t-shirt. Knowing the perfectionist that he is, we can be quite sure that he wore this attire in order to ensure that he is more comfortable while playing blitz! 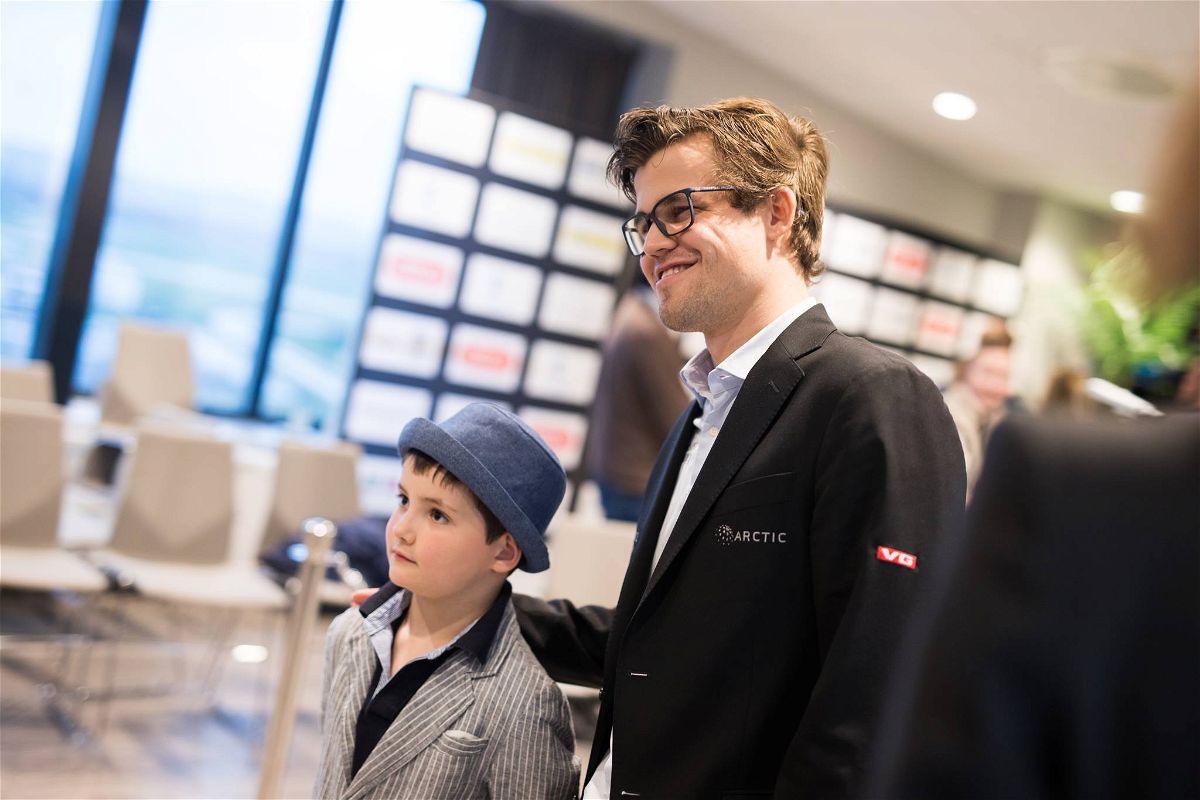 Carlsen simply crushed the field and won the event with 7.5/9, two points clear of the second placed Nakamura and Aronian.

Daniel King recaps the entire blitz event on his Power Play chess
Video of the game between Anand and Carlsen that ended in a draw. Even after nearly two and half years of their World Championship Match, the encounter between these two players is exciting for all the Indian chess fans!

Replay all the games of the blitz event:

The classical event begins from the 6th of June. Round one will start at 4 p.m. local time which translates to 7.30 p.m. IST. Here are some of the regulations of the event: 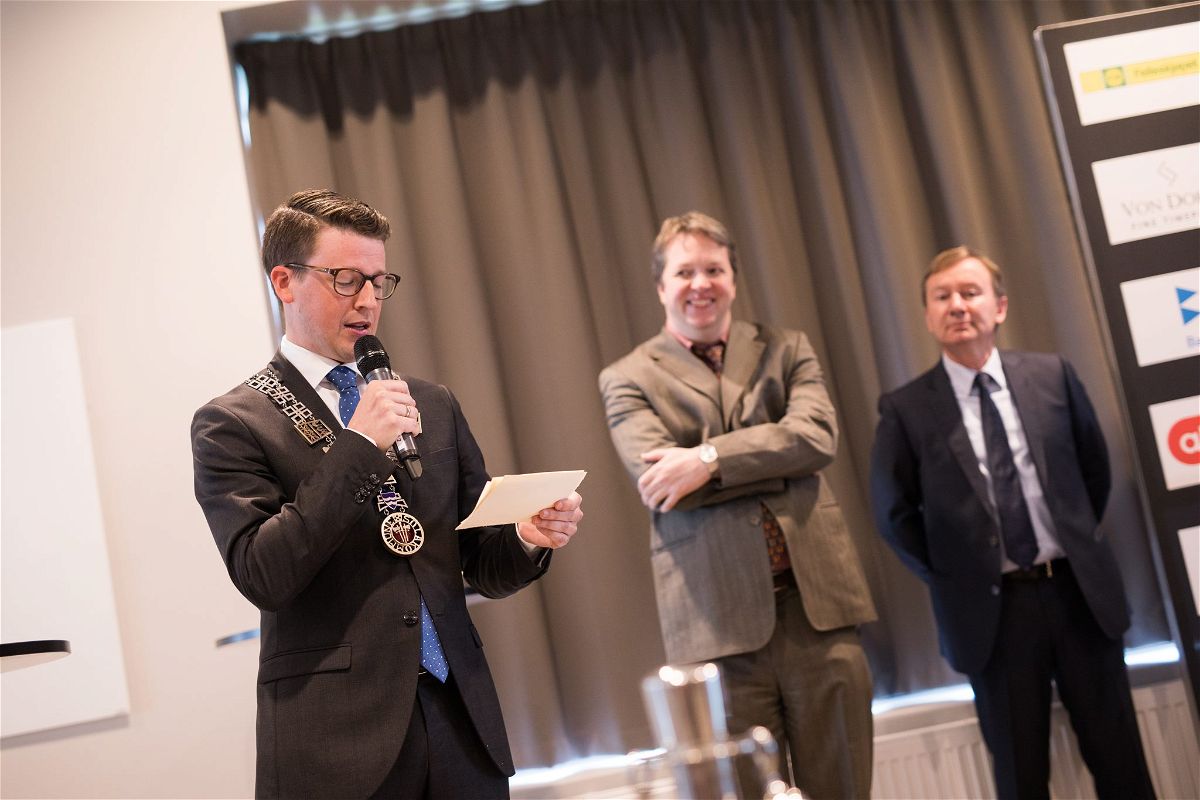 Nigel Short and Dirk jan ten Guezendam will be the commentators for the event. You can watch the live commentary at 7.30 p.m. IST over here.