The National Rapid and Blitz Championship was held from 11th June to 13 June at the Swarna Bharathi Indoor Stadium in Visakhapatnam in Andhra Pradesh. The rapid tournament was won by GM Neelotpal Das who remained undefeated throughout, holding his titled colleagues at bay while pummelling the rest. Prantik Roy delivered a royal performance in the blitz event, beating a GM, four IMs, scoring 10.0/11 for clear first. Neelotpal and Prantik have some of the most notable games they played, with Neelotpal even educating us with his thoughts. Read this report celebrating a double delight for Bengal!

The National Rapid and Blitz Championship was held from 11th June to 14th June at the Swarna Bharathi Indoor Stadium in Visakhapatnam in Andhra Pradesh. The total prize fund of the event was a respectable Rs. 2,50,000 with the winner of the rapid tournament winning Rs. 50,000 and the winner of the blitz Rs. 20,000. It was an eleven round event for each format and the time control was 15 minutes + 10 seconds for the rapid and 3 minutes + 2 seconds for the blitz. The tournament was organized by the Visakha District Chess Association in association with the Andhra Pradesh Chess Association.

The rapid tournament was won by GM Neelotpal Das who remained undefeated throughout, holding his titled colleagues at bay while pummelling the rest. 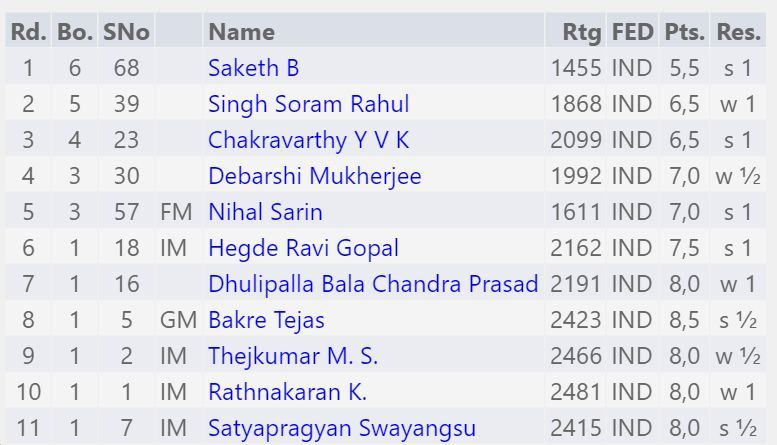 Neelotpal's performance at the National Rapids 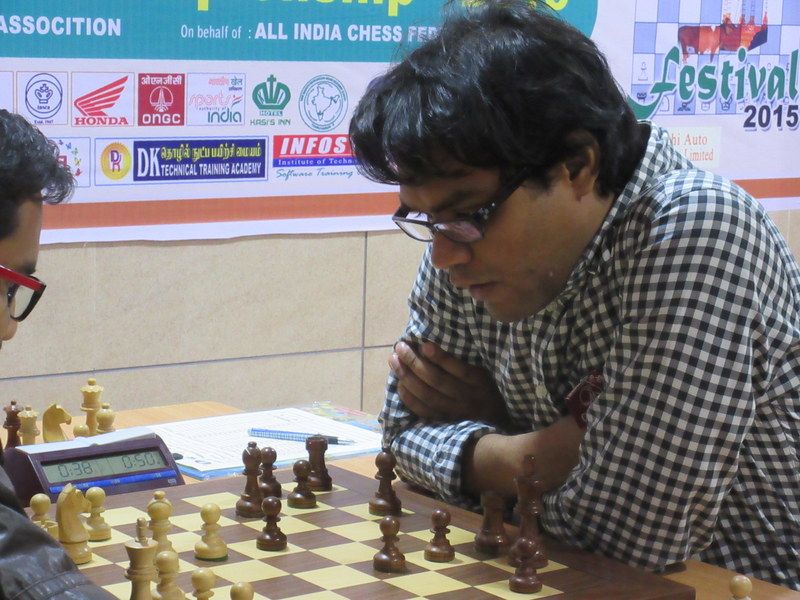 With a score of 9.0/11, Neelotpal won by a half point's margin. (Photo: Chess Illustrated)
The genial grandmaster from West Bengal is willing to share with you, our dear readers, some of the moments. Over to Neelotpal (in italics):
I think, in general, I enjoy the thrill of quick format chess whenever possible. Also, this gives a chance to try a lot of new openings, which is otherwise not so easy to experiment in classical format tournaments. So, probably, playing freely and enjoying the process takes care of the tension one feels for such events! How did White finish off this second round game here?

I think it went smooth apart from round ten game against Rathnakaran. I was never in trouble as such in any games. Against Rathnakaran, it went out of control at some stage. First, I was clearly better then came under serious problems and finally won with a bit of luck. But then you know against Rathnakaran such ups and downs can happen to anyone! 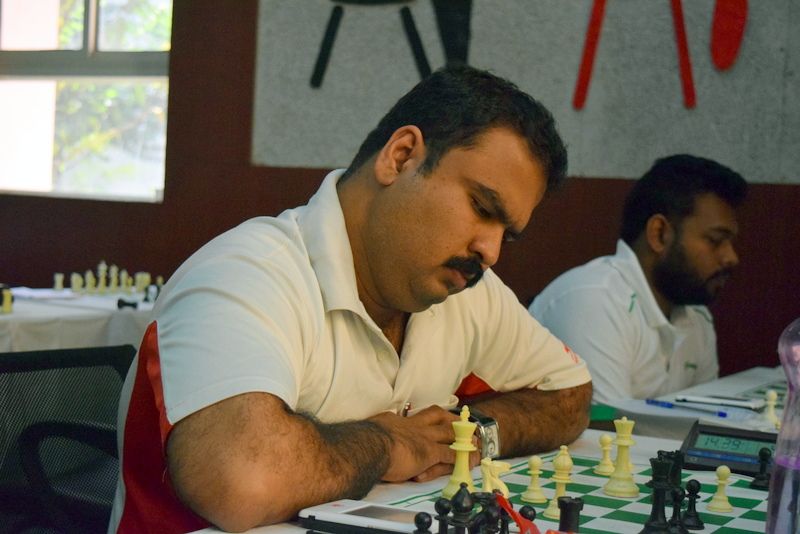 IM Rathnakaran K. was third on the tiebreak rapids with 8.0/11. (Photo: Chess Illustrated) 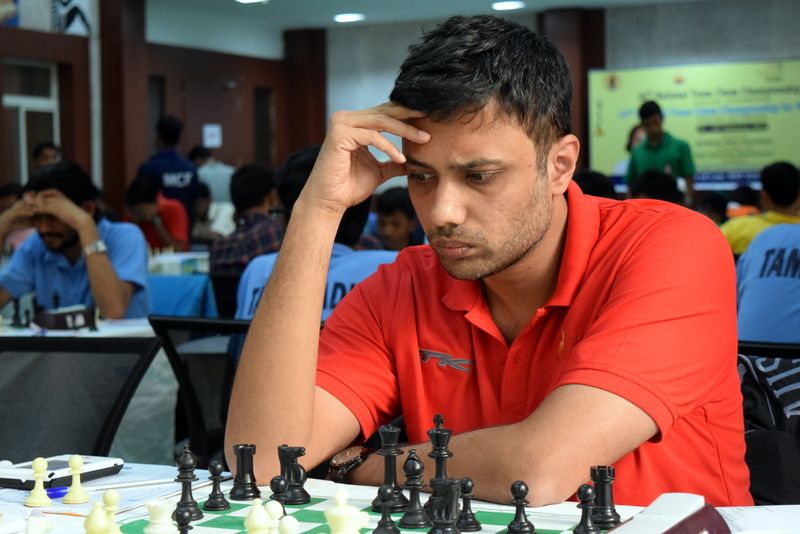 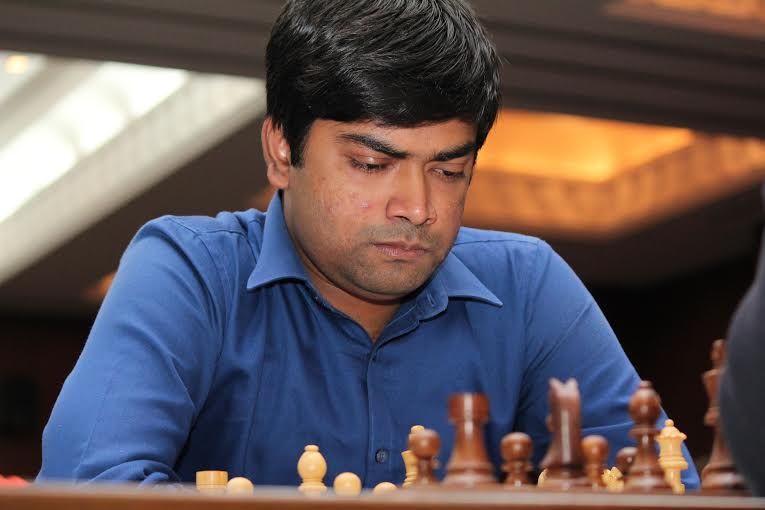 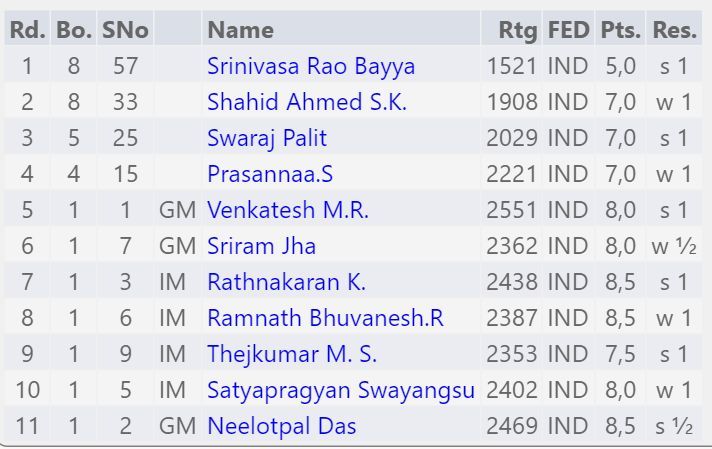 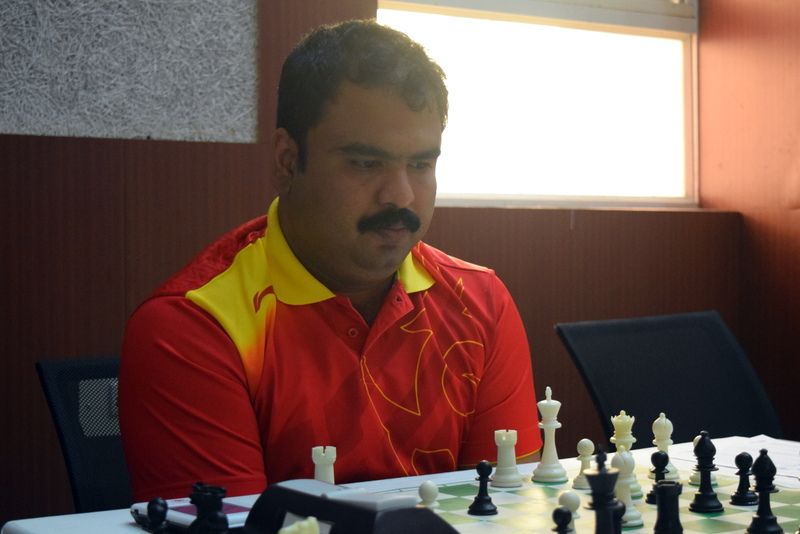 Rathnakaran's lightning skills are well known, where the light he emanates usually end up blinding his opponents. (Photo: Chess Illustrated)

The defending champion could only finish second with 8.5/11. He was the only player to have hit the podium in both the rapid and blitz. 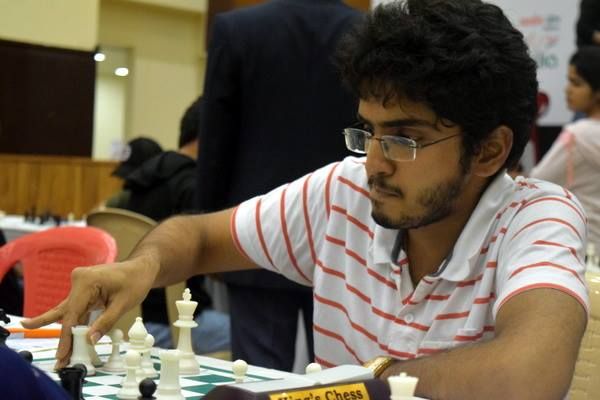 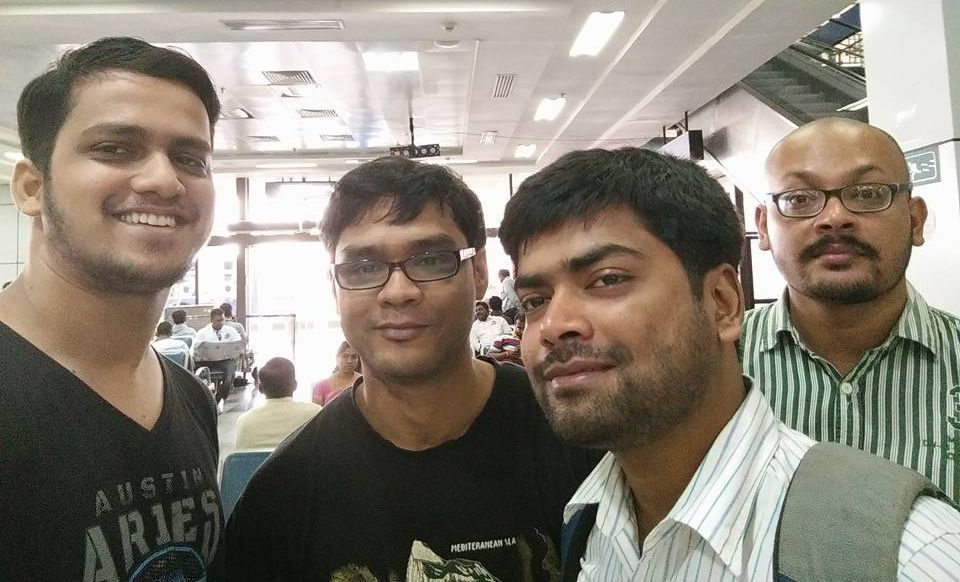 Special thanks to Shahid Ahmed (left) for taking this selfie with the champs at the Visakhapatnam airport!

Special thanks to Neelotpal and Prantik for sharing their games with ChessBase India. The games are not recorded, and hence, they had to do it from their memory.