They have left no stone unturned this time and are leading comfortably, but anything can happen in chess -- there are many a slip between the cup and the lip. Railways-A is one solid result away from the title with Airport Authority of India on their heels. On the other hand, PSPB Women's team are hardly facing any resistance. ChessBase India brings you an illustrated report.

Team Railways-A aren't in the mood to be denied this time. Taking full advantage of PSPB's erratic form, they are comfortably leading the table with six wins and two draws.

Their closest rivals AAI have conceded a draw more and trail by a game-point; however, anything can happen in chess. 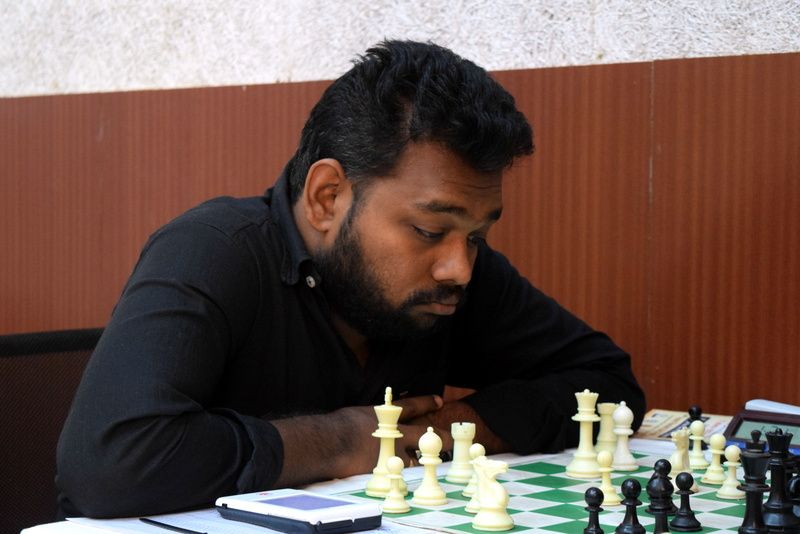 That's the look Railways-A players were left giving to the ease with with they are steaming ahead. In the seventh and the eighth rounds, they won very comfortably. 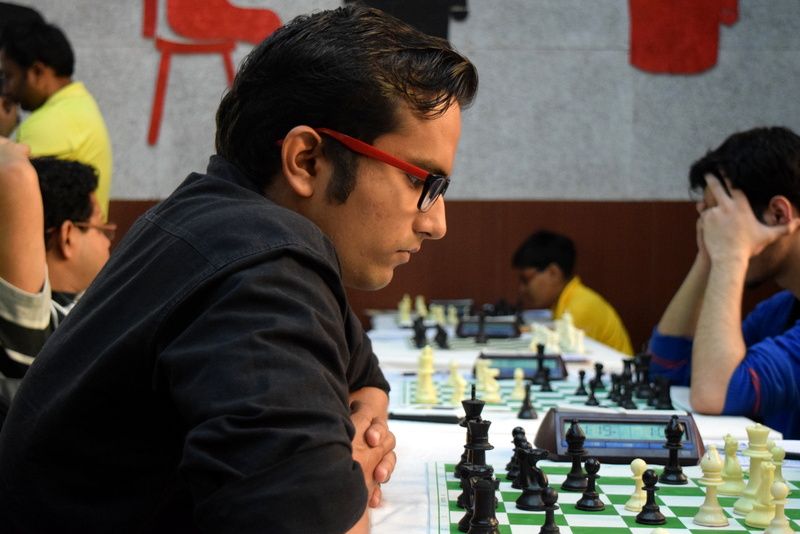 The key to their good performance is the way their team has gelled so incredibly well. They weren't provided with star facilities like their more fancied colleagues and won their most important clashes. 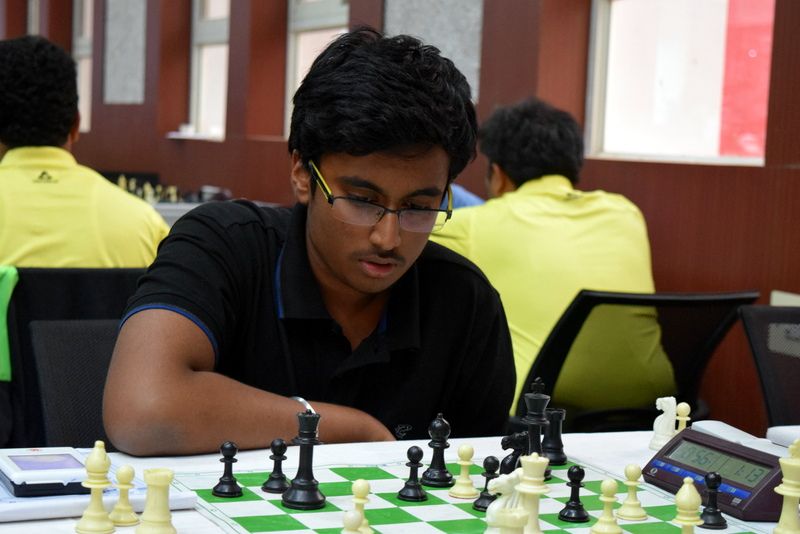 Rathnakaran essayed a beautiful game against Karthik Vap of Tamil Nadu-B in the seventh round to continue with his splendid run. 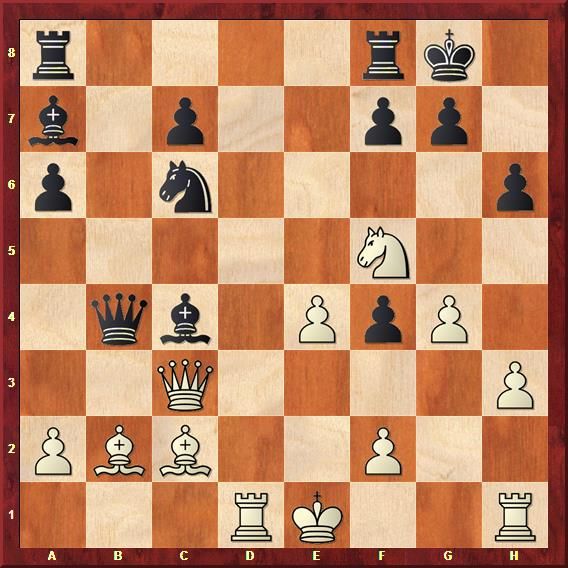 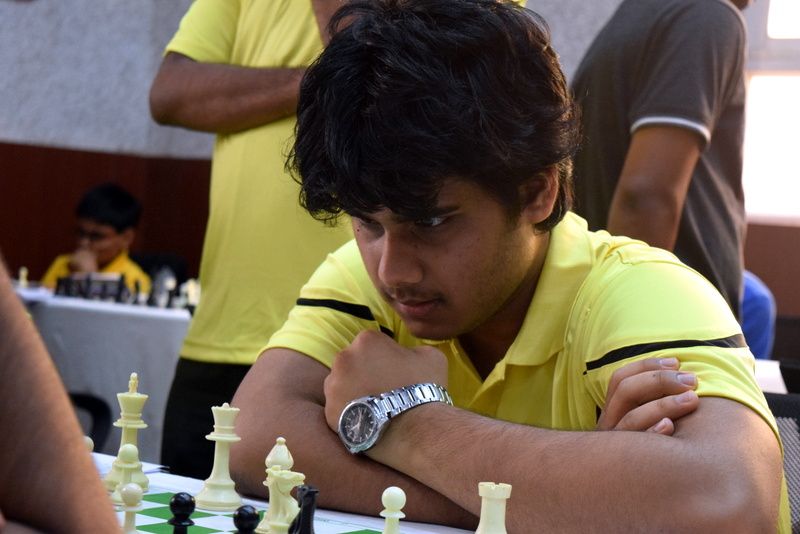 Debashis Das of PSPB had managed to outwit GM R.R. Laxman in the seventh round, but his team's fortunes didn't improve. In the eighth round, they lost to Air India 3-1. 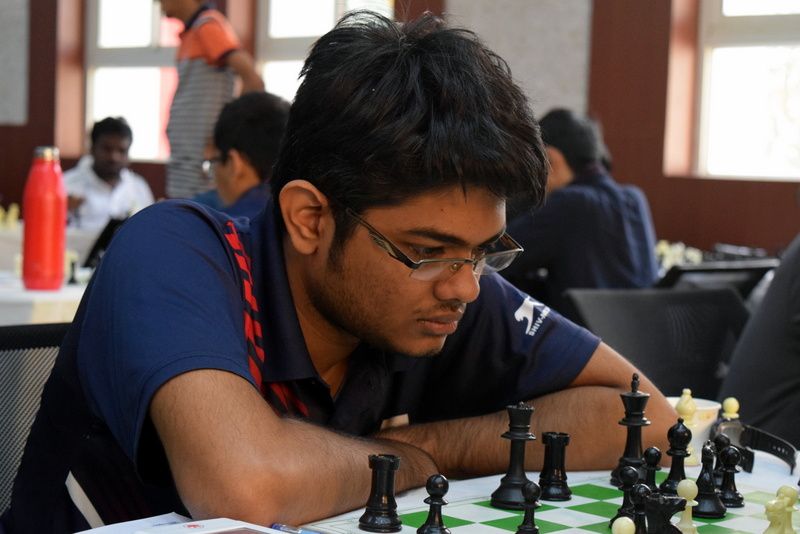 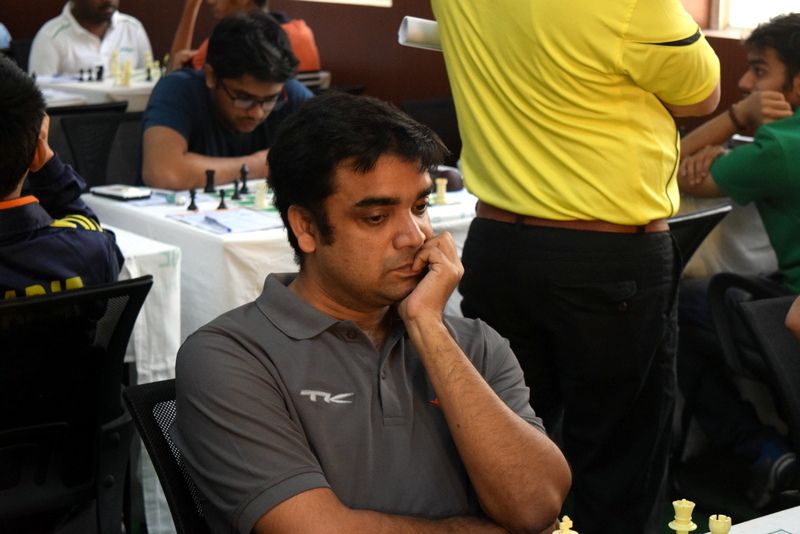 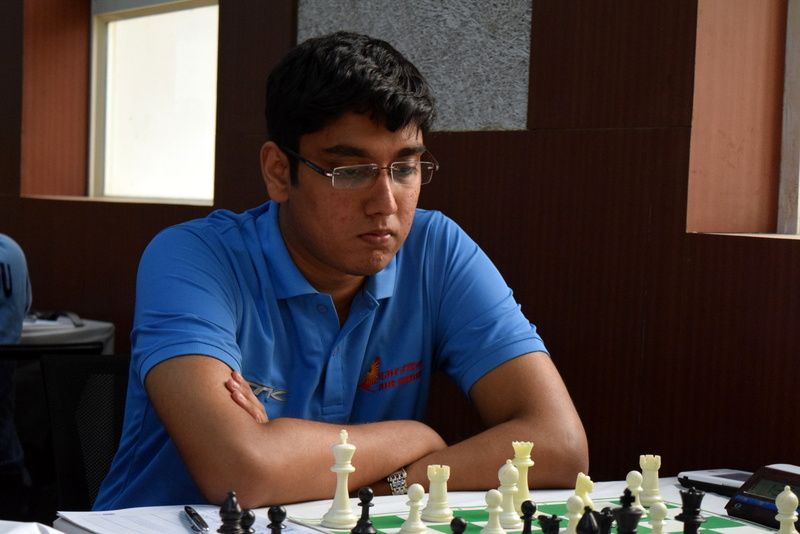 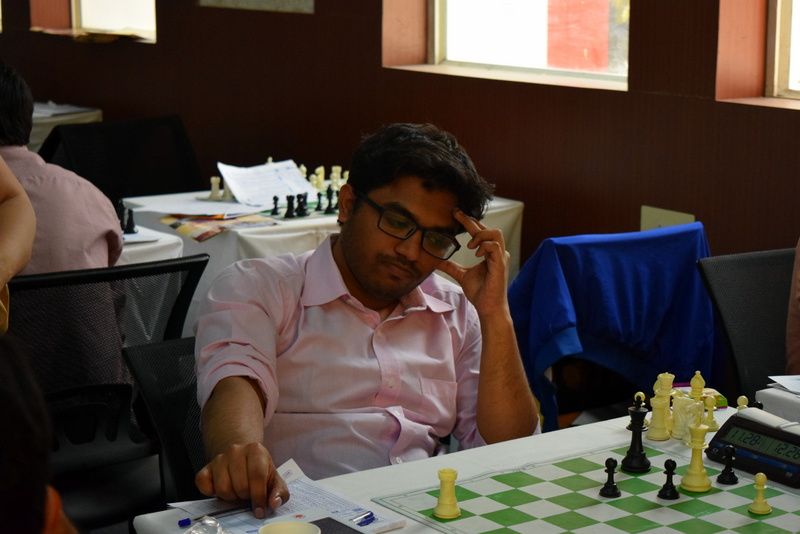 Although Airport Authority of India were in the race along with Railways-A, they were facing the stronger teams while their competitors were already done with eliminating the main contenders. 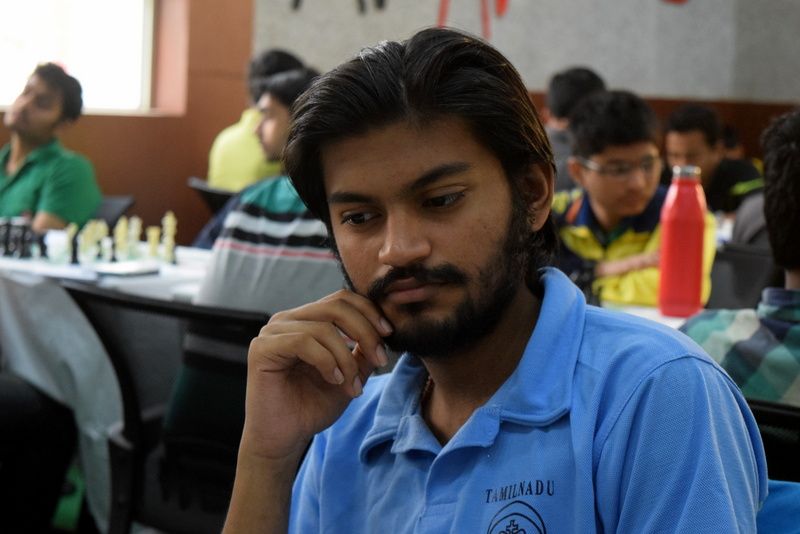 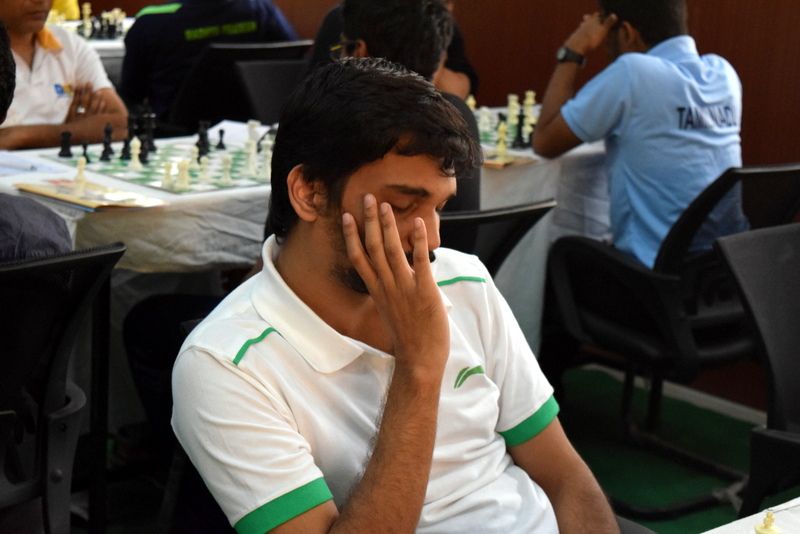 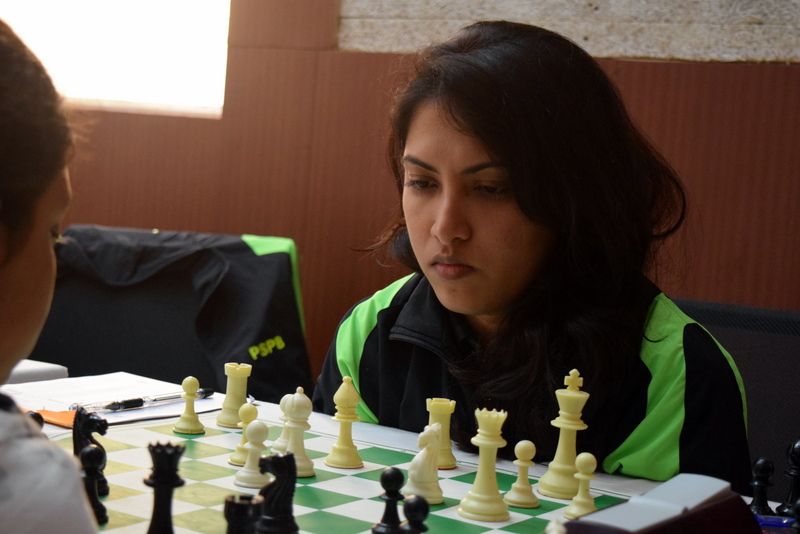 PSPB Women's team continued with their demolition job in a scarily empty field. 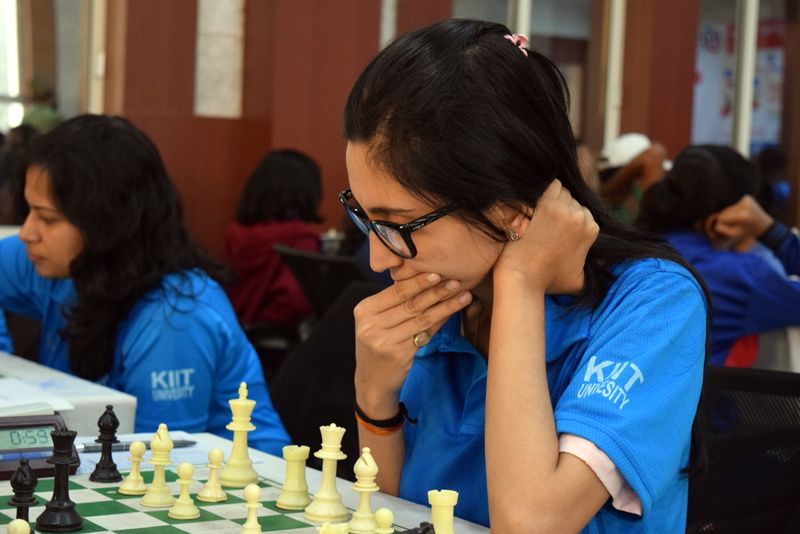 Something needs to be done about the number of teams in the women's section -- eleven only -- don't you think? 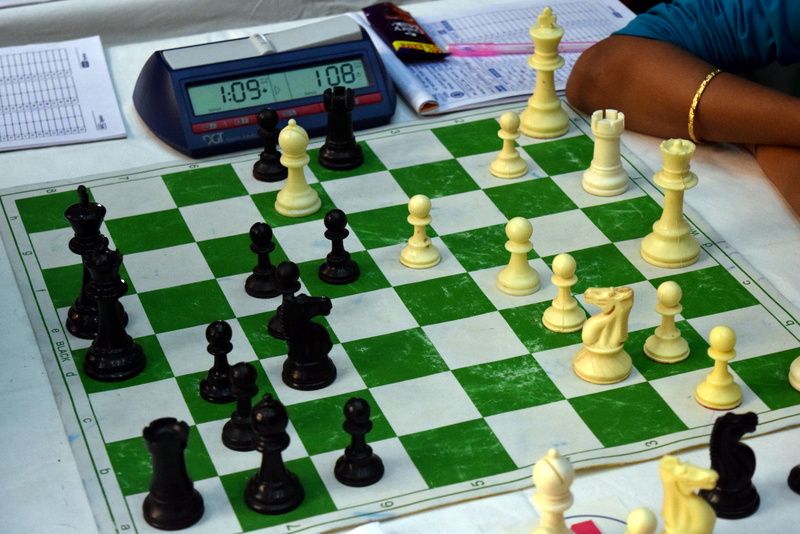 The final round games are in progress now and you can watch them LIVE!

Open Rankings after Round 08:

Women's Rankings after Round 06:

View the Pairings for Open Round 08 here.

View the Pairings for Women Round 07 here.