Despite not playing competitive chess regularly due to his studies in Kiev, Ukraine, IM Anwesh Upadhyaya of Odisha managed to win National Rapid Chess Championship 2017 by scoring 9 points out of 11 rounds. It was a race to the finish line between Anwesh and two IM norms holder P. Saravana Krishnan from Tamil Nadu. In the end both of them lost their last rounds, but still managed to finish at the top. Anwesh took the gold and Saravana the silver. We have a detailed report with pictures and many exciting videos by Shahid Ahmed.

IM Anwesh Upadhyaya of Odisha won National Rapid Chess Championship 2017 by scoring 9 points out of 11 rounds. He led the tournament jointly with P Saravana Krishnan of Tamil Nadu until the ninth Round with seven wins and two draws. Anwesh extended his lead by half a point when he won against IM S Nitin of RSPB in the 10th Round and P Saravana Krishnan drew against GM Neelotpal Das of ONGC. Anwesh was in trouble as he lost his last round against GM Laxman. However, his closest rival Saravana Krishnan also faltered against Deep Sengupta and this resulted in the Anwesh becoming the national rapid champion. 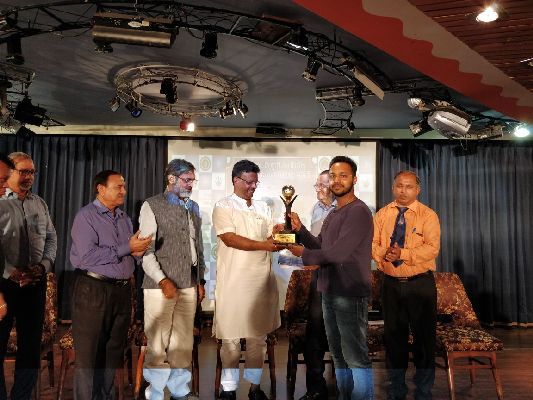 The doctor and the chess player: 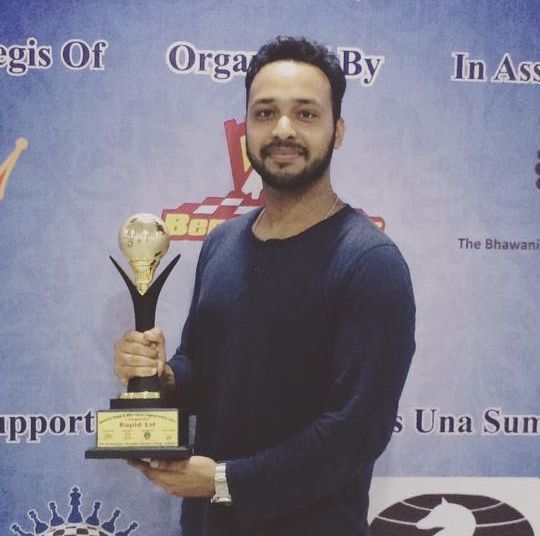 Anwesh Upadhyaya is an epitome of how one can manage his chess as well as academic career. The boy from Bhubaneshwar is a strong positional player and was one of the brightest hopes from Odisha to become a grandmaster along with Debashis Das and Swayams Mishra. However, at some point Anwesh gave greater importance to his academic career and went to Bogomolet's National Medical College in Kiev, Ukraine.

We all know how difficult the study of medicine is. Anwesh kept studying hard, but at the same time didn't extinguish his desire of playing chess. He kept enrolling for tournaments in and around Ukraine and kept taking part in some closed round robin events as well. In fact, he specially wrote to ChessBase India thanking them for their online blitz tournaments that were held at 6 p.m. IST on Sundays, saying, "These tournaments are perfect for me to stay in touch with chess and keep me sharp. I enjoy them tremendously."

It is this will to excel at both that has helped Anwesh to not only become a doctor but also maintain his Elo at a very solid 2385. Winning the National Rapid Championship ahead of so many grandmasters is surely one of the best achievements of his career. It also shows that working on chess with passion and consistency, no matter how little it is, can always lead to great results.

Here is one of Anwesh's game, his win over Surya Shekhar Ganguly, one of India's best GMs, from the Dubai Open 2011. Ganguly essays his favourite opening against 1.d4, a setup in the King's Indian that he has played in innumerable games and Anwesh prepares well, gets an advantage and wins the game in nice style. Of course, there are many details which need to be looked into to understand that game, but in general it gives you an idea of Anwesh's active positional style of play. 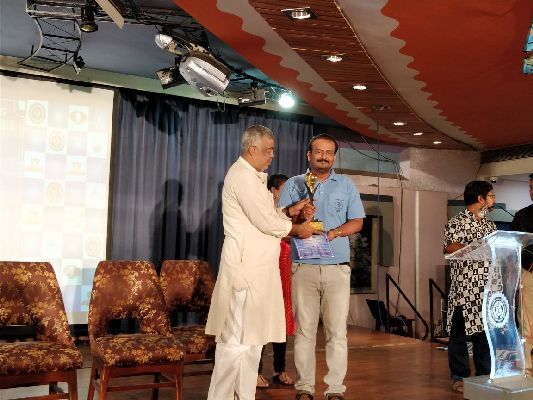 P. Saravana Krishnan receives his 2nd Prize Trophy along ₹25000 cash and he was the only untitled player to finish in Top 5 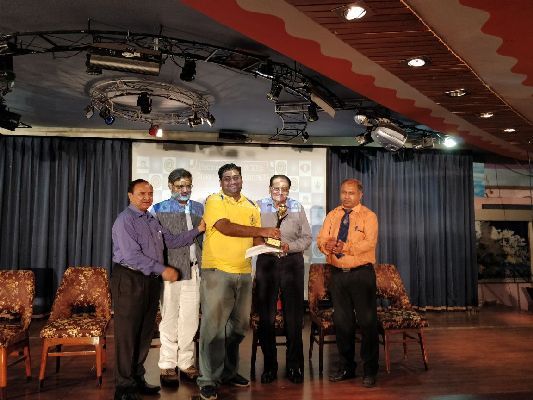 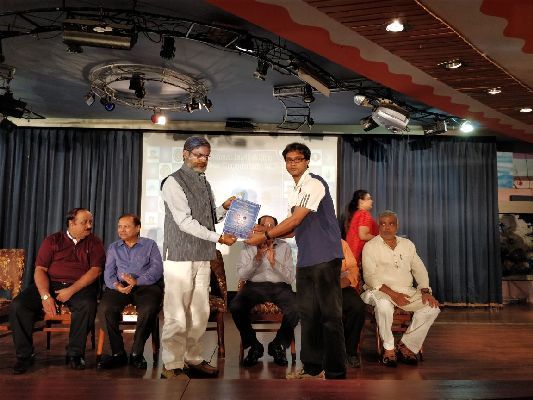 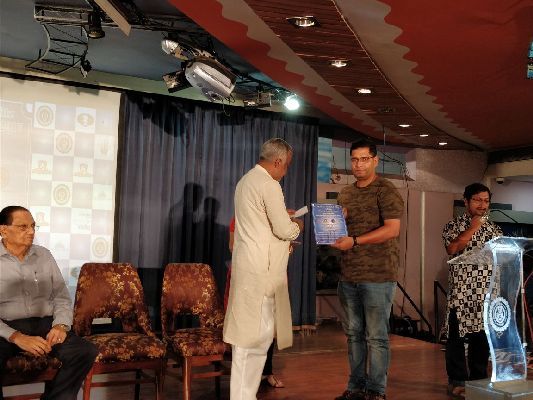 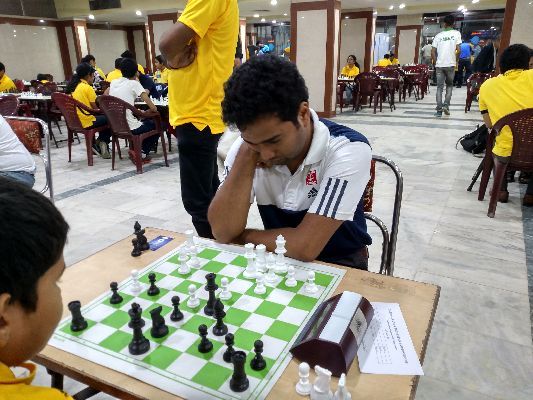 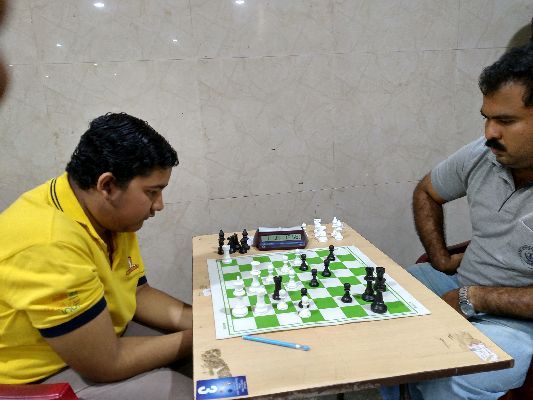 Former Commonwealth Under 13 Champion, Koustav Chatterjee had a fantastic tournament with a +30 finish. He managed to secure 7th position and ₹6500 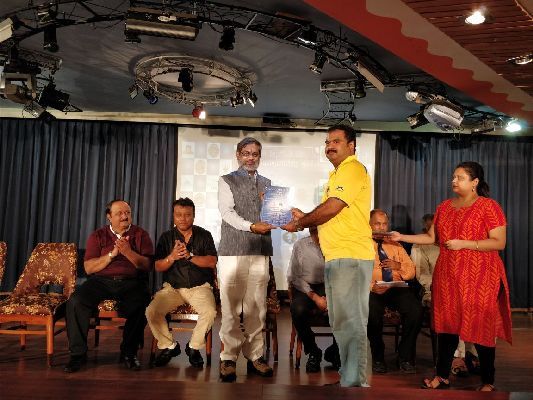 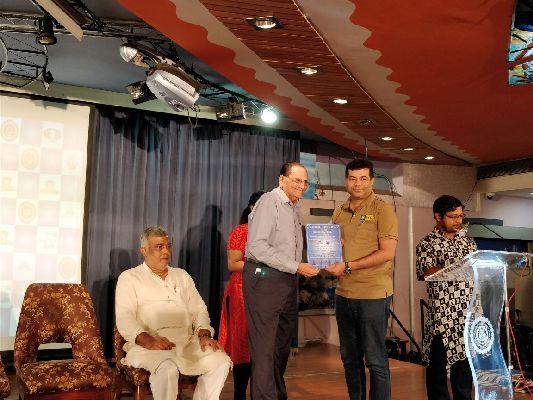 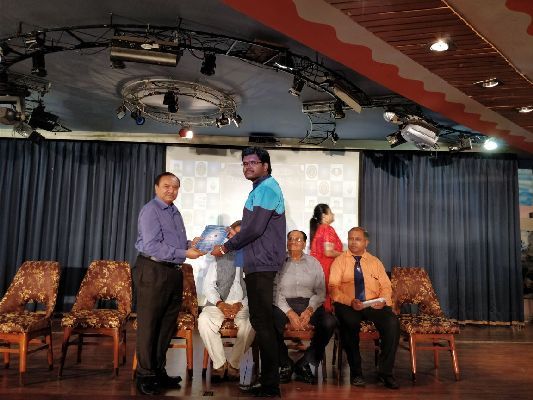 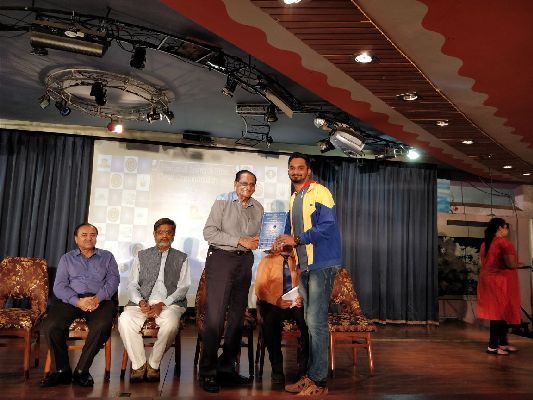 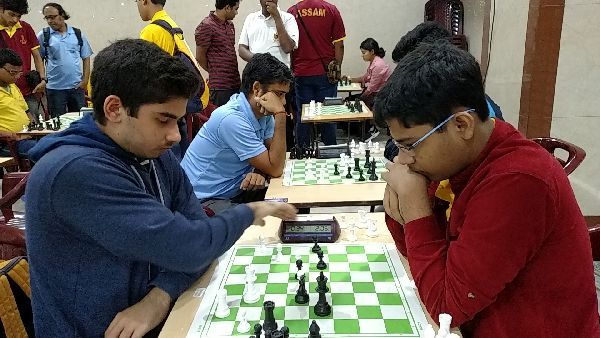 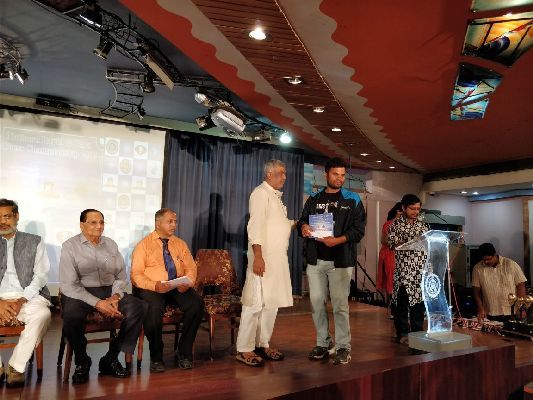 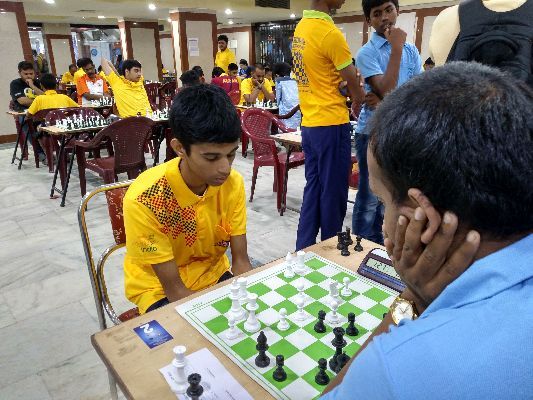 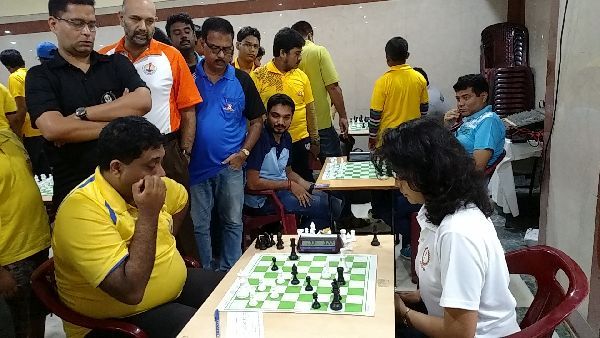 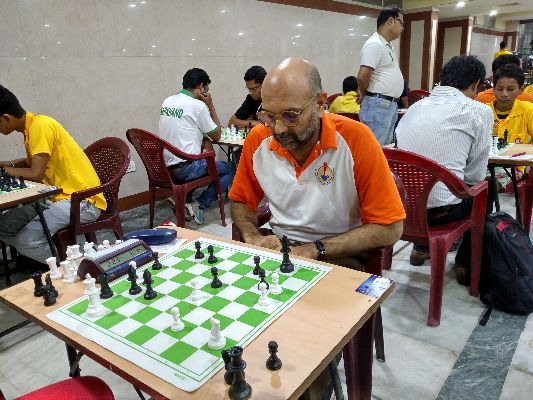 The tournament took place in Bhawanipur Education Society College from 1st – 3rd August 2017 in which 176 players participated across the country in over 15 different state.