The National Junior Championship is in progress in Andhra Pradesh with many of India's strong junior players in attendance. The top four seeds — Md. Nubairshah Shaikh, Praneeth Surya, Ojas Kulkarni, Sayantan Das, all in the 2400 range — are having a terrible tournament, languishing behind their lower rated peers. Vaishali lost early to a much lower rated peer, but then she played in her usual standard. Tactics and more in our illustrated report.

Rajahmundry is a tranquil city located on the banks of Godavari River. Surrounded by 200 villages, the city has the distinction of being the cultural capital of Andhra Pradesh. It is currently hosting the National Junior (U-19) Open and Girls Chess Championship, 2016.

But would they have a successful event? The tournament has seen a succession of surprising leaders, but these higher seeds were none of them! 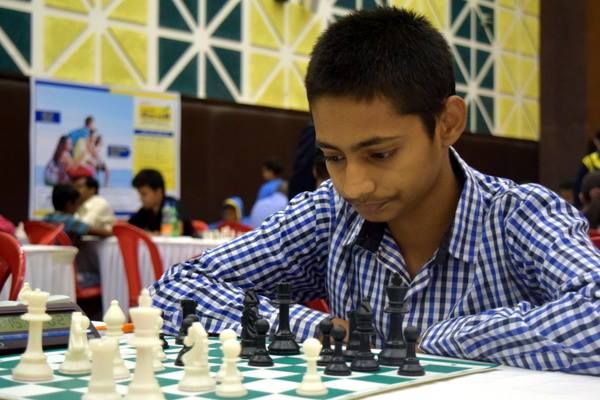 Bihar's Kumar Gaurav already has a feather in his cap. He made his maiden IM-norm in Chennai at the beginning of this year. He is leading the National Juniors with 7.5/9. 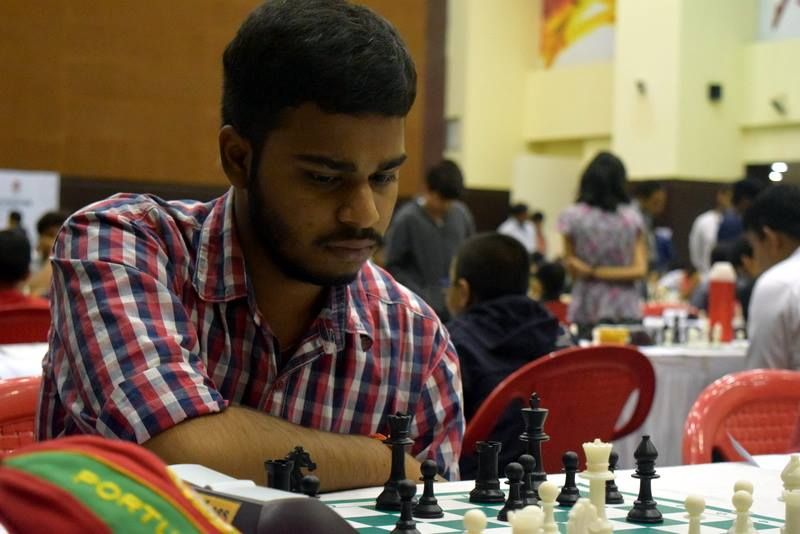 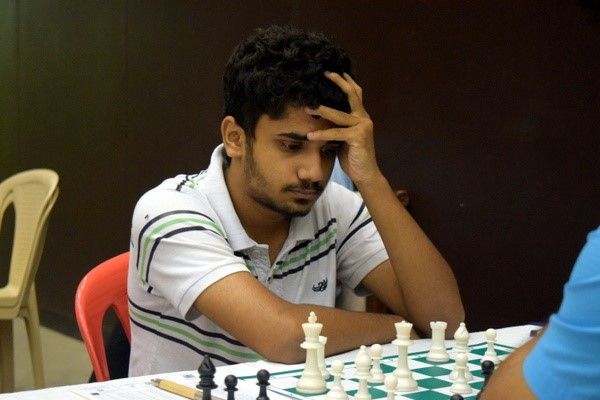 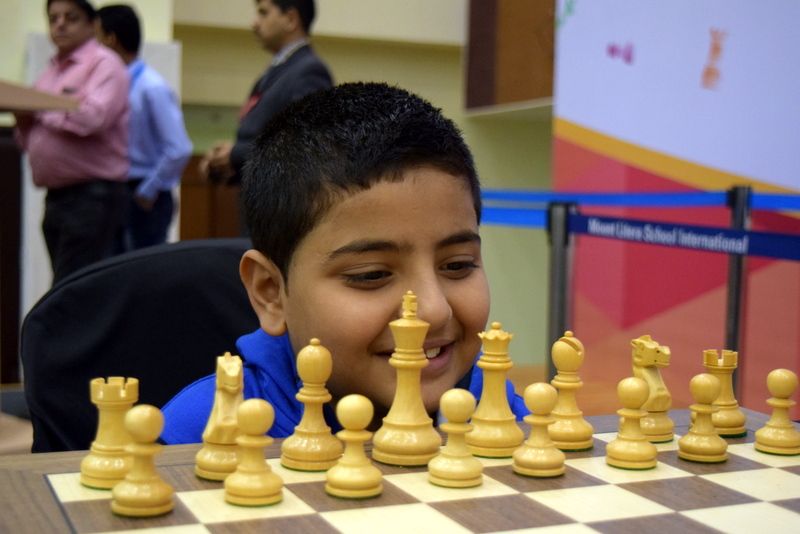 Just 11 years of age, Raunak Sadhwani (2174) of Nagpur was in joint lead after eight rounds.

Now he is trailing the leaders by half-a-point. Remarkably, Raunak has already defeated Kumar Gaurav and city-mate Shailesh Dravid! 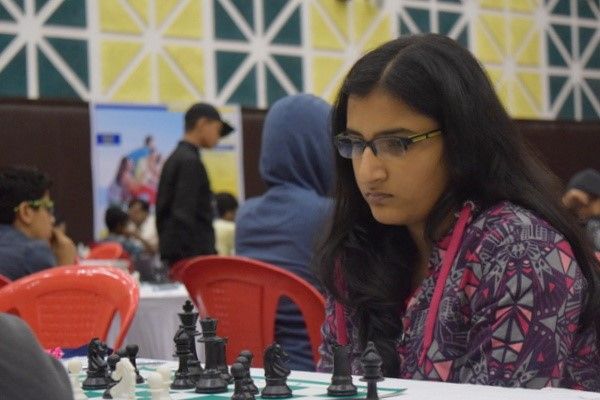 WFM Tarini Goyal (2202) is playing in the Open. Brave, but she is losing some 66 points already. 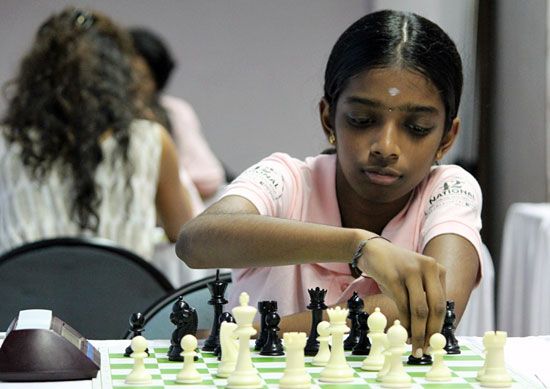 Vaishali had a slump in the beginning - losing to Sunyuktha CMN (1907) in the third round.  After the loss, she scored seven straight wins and is now leading by 1.5 points!

(All positions — White to move) 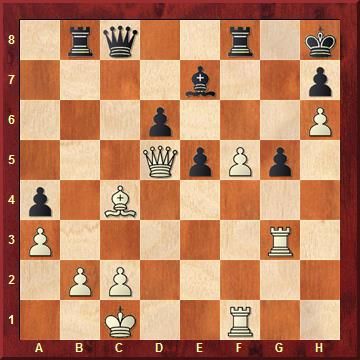 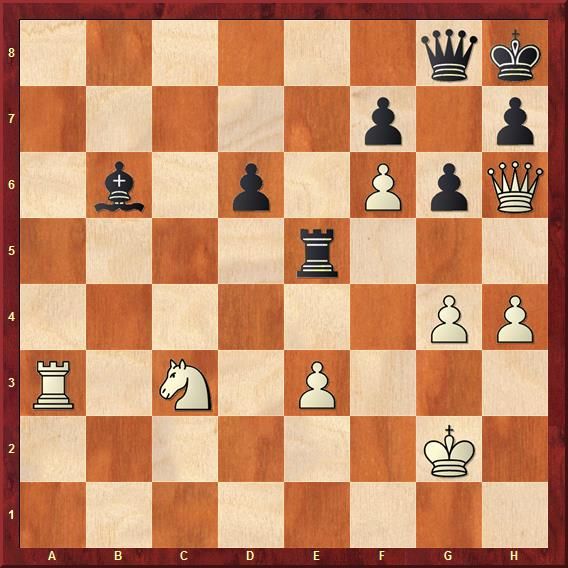 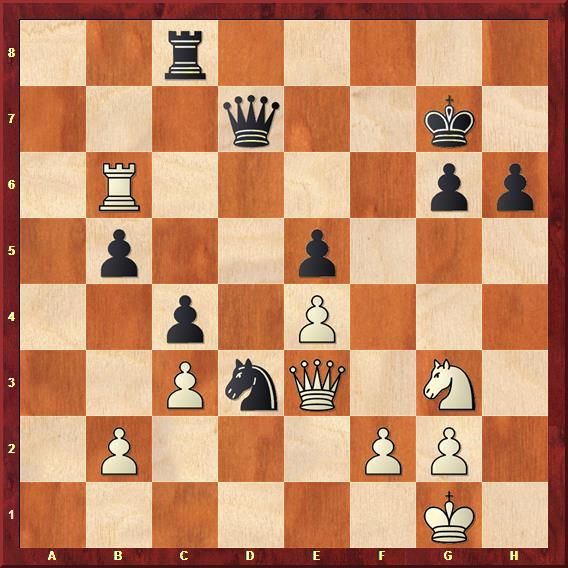 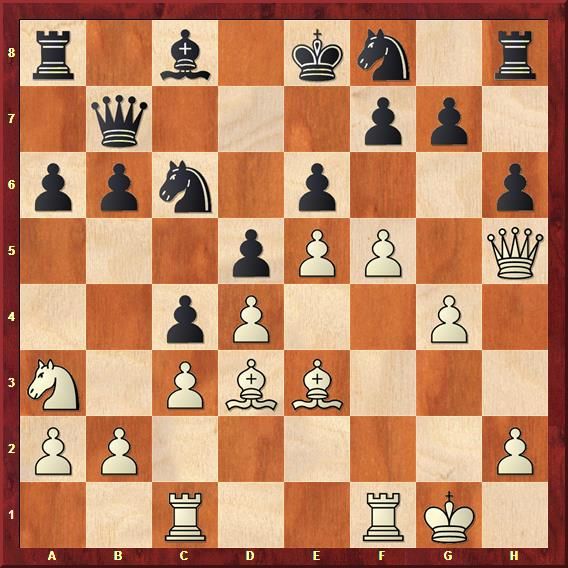