It was a turbulent day at the Karnavati Club in Ahmedabad where rounds 5 and 6 of the 55th National Challengers were underway. Seven out of the top ten games finished with decisive results in the fifth round while the sixth round witnessed four decisive games. The most spectacular game of the day featured the Bengali WGM Mary Ann Gomes yet again. But this time around, she was not on the sunny side of the of the result as she blundered mate in one in an equal endgame.

Railways Grandmaster duo Swapnil Dhopade and Himanshu Sharma were in joint lead with a perfect score after the fifth round of the 55th National Challengers Chess Championship, here at the Karnavati Club, Ahmedabad. 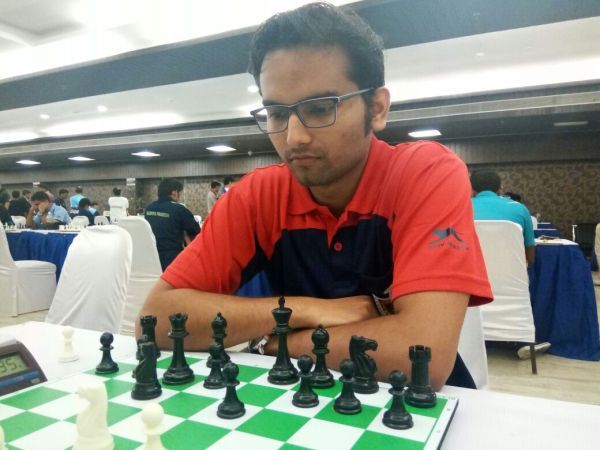 GM Swapnil Dhopade was able to create ripples in a seemingly placid position... 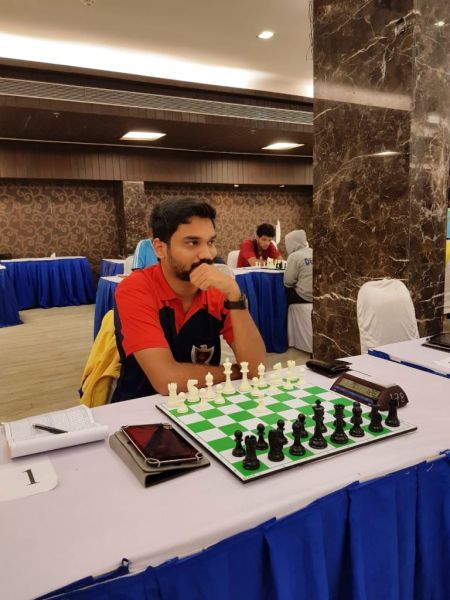 ...to get the better of his team-mate and round 5 opponent, S Nitin

Playing with the black pieces in a Four Knights Game, Swapnil was able to equalise very easily against S Nitin.  A minor slip by Nitin in the middle-game gave his Grandmaster opponent the edge. Making the most of Nitin's slip, Swapnil was able to liquidate the position into a bishop versus knight endgame where his knight was far more active than Nitin's bishop. As play progressed, Nitin missed a knight-fork that caught his bishop and was forced to resign.

The second board match between Himanshu Sharma and Mary Ann Gomes was a rollercoaster ride for both players and spectators. Countering Mary's Sicilian with 2. Nc3, the players ventured into an obscure Dragon like structure. As middle game commenced, the Haryanvi GM flung his pawns forward with the hope of hunting down Mary's monarch. But the Bengali WGM bravely defended her king, marching it all the way to the queenside. With her king tucked in safely, Mary now had a winning position (and of course, a little lamb :P). Himanshu's failed attack had left gaping holes on the kingside and now it was his own king which looked precarious. Had Mary found a few precise moves, she would have pocketed the full point. But that was not to be. After a couple of inaccurate moves by her, the position was dead equal. It would still have been easier for her if this was the end of the story. But just when this pulsating battle had stabilised, she overlooked one-move mate and handed over the full point to the Railways Grandmaster. 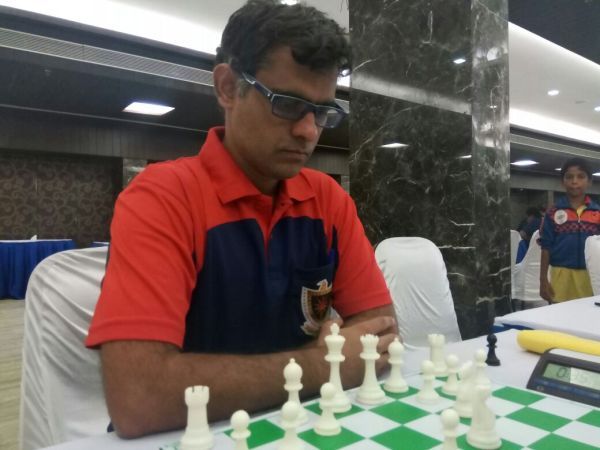 A pack of five players including overnight joint leaders Abhijit Kunte and Sammed Jaykumar Shete are in the second spot, just half a point adrift of the leaders. Kunte and Shete signed peace after playing out the mandatory 25 moves. Grandmaster Debashis Das of Odisha and Arghyadip Das of Railways gave them company after beating Saptarshi Roy Chowdhury and Pranavananda V, respectively. 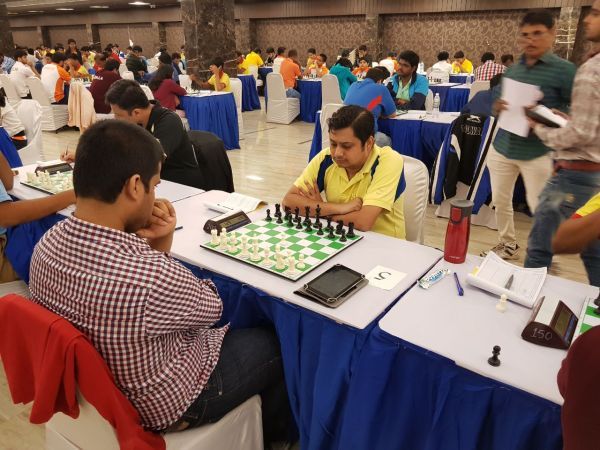 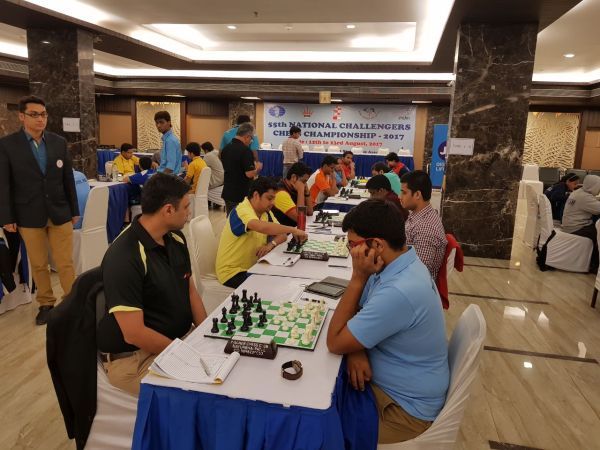 Going into round 6, Maharashtra’s Sammed Jaykumar Shete joined tournament leaders after defeating Grandmaster Debashis Das of Odisha. This crucial victory enabled Shete to catch up with leaders Swapnil Dhopade and Himanshu Sharma, who signed peace after the mandatory 25 moves. 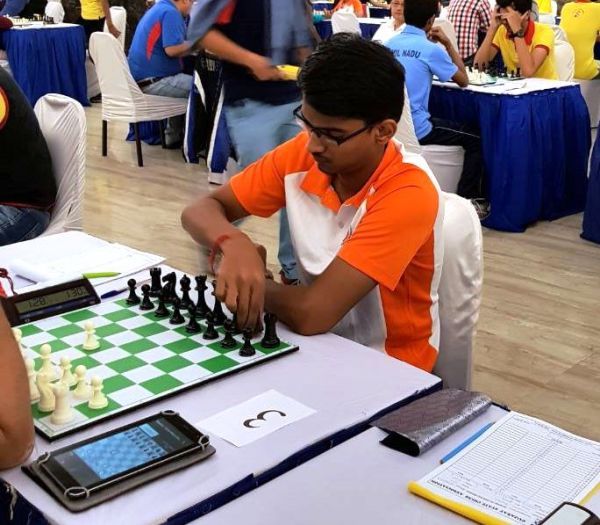 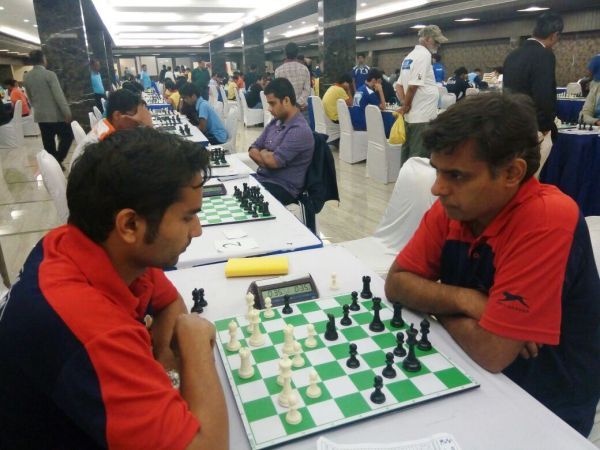 A pack of seven players including top seed Aravindh Chithambaram and former national champion Abhijit Kunte are within striking distance, trailing by only half a point. Aravindh beat team mate Niranjan Navalgund while Kunte signed his second peace treaty of the day with Arghyadip Das. Earlier in the fifth round, he had drawn against Shete. 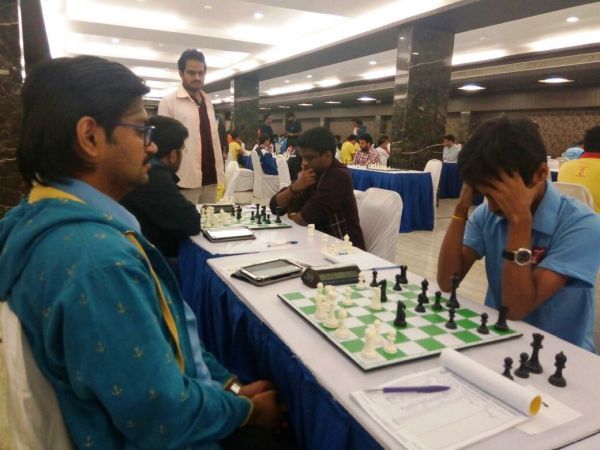 In other important sixth round encounters, Chakkravarthy Reddy of Telangana held second seed SL Narayanan of Kerala to a draw while Deepan Chakkravarthy and Swayams Mishra garnered full points against Ankit Gajwa and Arjun Tiwari, respectively. 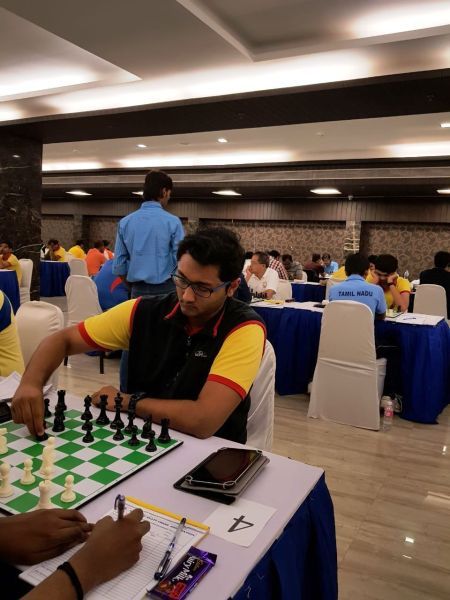