One of the most important tournaments in the Indian circuit National Challengers 2017 is about to begin from 13th of August 2017. On 12th August former Indian test cricketer Parthiv Patel attended the opening ceremony and made the inaugural moves against WIM Dhyani Dave. Round one begins at 3 p.m. on 13th. Top seed is GM Aravindh Chithambaram followed by  S.L. Narayanan, Lalith Babu and ten other grandmasters and seventeen International Masters. Pictures from the opening ceremony.

Aravindh gets top billing at the National Challengers

The event will see 13 grandmasters and 17 International Masters in action in a field of more than 250 players from 27 states and 10 Institutional teams. Grandmasters S L Narayanan of Kerala and MR Lalith Babu of PSPB are the second and third seed respectively in this thirteen round Swiss system tournament.

The total prize fund of the event is Rupees 5 Lakhs out of which Rs. 1.5 Lakhs is reserved for the winner. India's latest grandmasters N. Srinath of Air India, Himanshu Sharma of Railways and former National Champion Abhijit Kunte of PSPB will be eying the winner’s purse.

Parthiv Patel at the Opening ceremony: 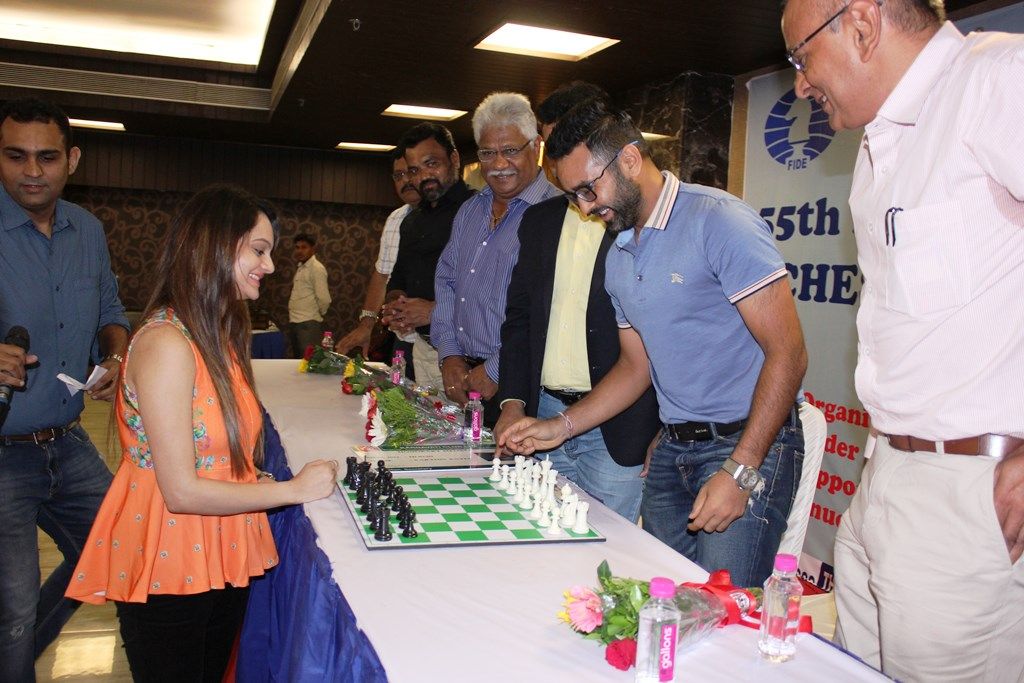 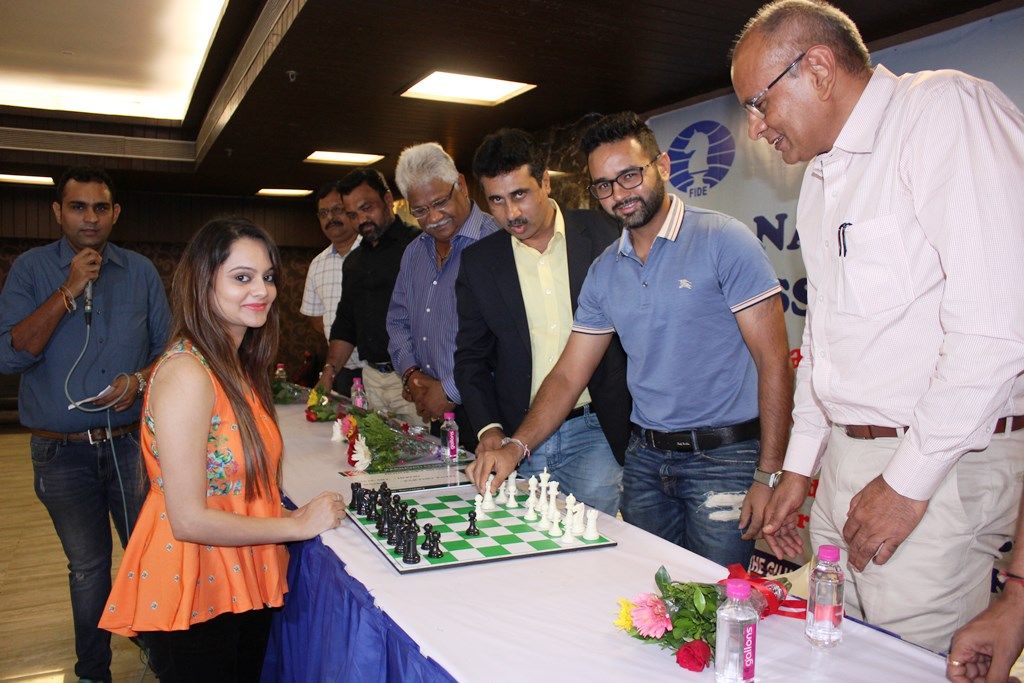 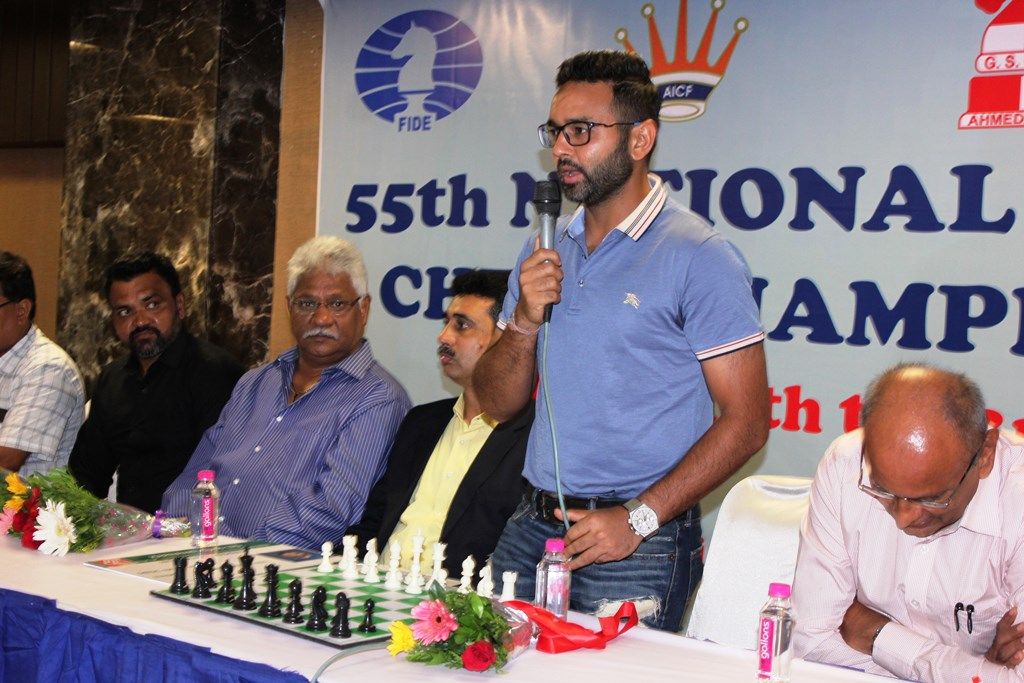 Did you know, Parthiv debuted in the year 2002 against England at Trent Bridge at 17 years and 153 days to become Test Cricket's youngest wicketkeeper.

Round one begins from 13th of August at 3 p.m. Top nine players from the tournament qualify for the National Premier.