Railways-A are comfortably perched atop the leaderboard with a perfect score of 14 match points in 7 games (2 points per game). But now the real fun is in the race to finish second. And Air India suffered a spectacular debacle. In the women's section, things are still hot. Report.

Railways-A has all but sealed their second consecutive title by pulverizing both the high flying Air India and Airport Authority of India, the two chief contenders. Winning the remaining games looks like an easy task, unless something mind-blowing happens.

But the real fun is in the race to the second place. Who will finish second? 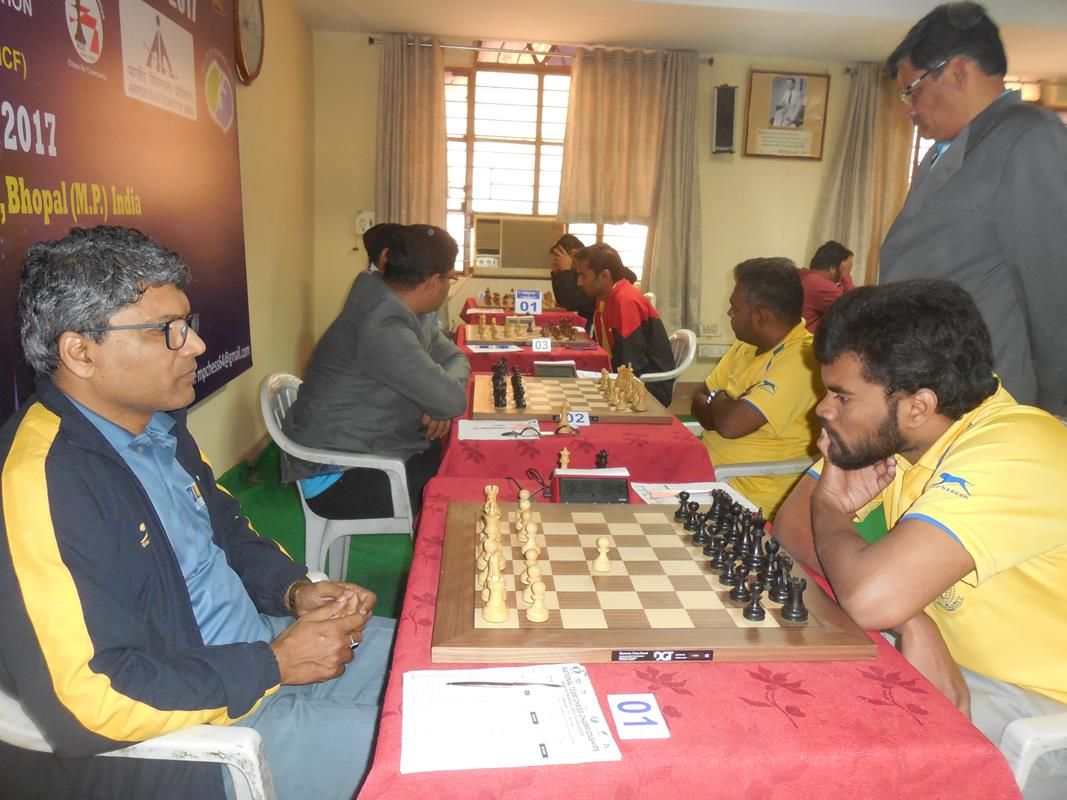 Railways-A smashed LIC  out of the park. Sriram Jha earned the solitary draw for LIC against Deepan Chakkravarthy, while all other boards were won by the Railways. 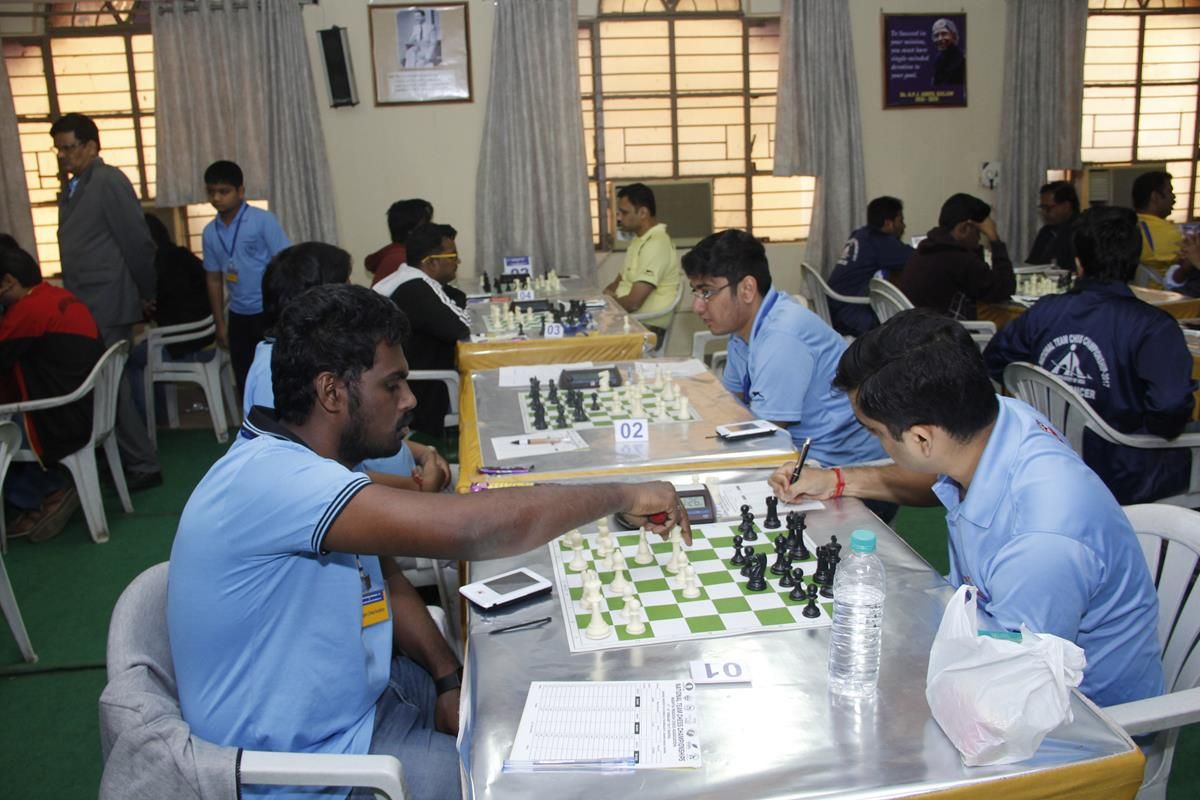 The biggest shocker was Air India's collapse against Viyugam Chess Academy, a team from Tamil Nadu.

IM Srinath Narayanan and GM Tejas Bakre were held to draws by Surendran N. and Sekar B. respectively. On the first two boards, IM Swayangsu Satyapragyan lost to Lokesh N... 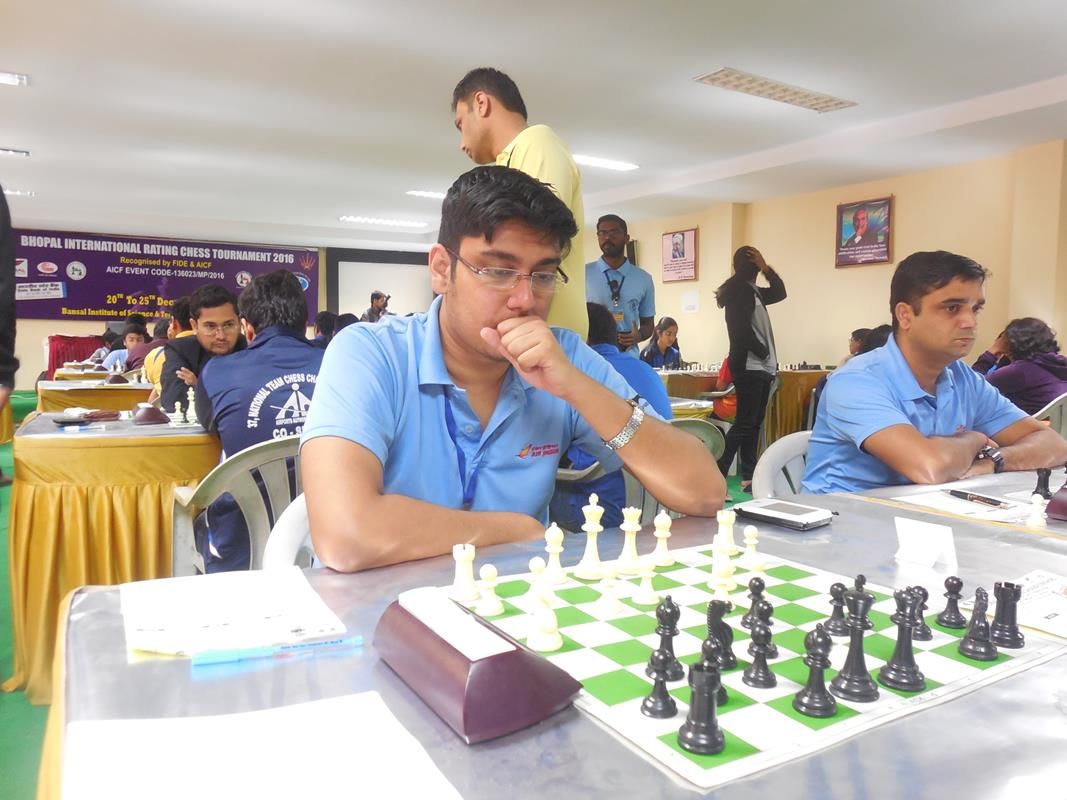 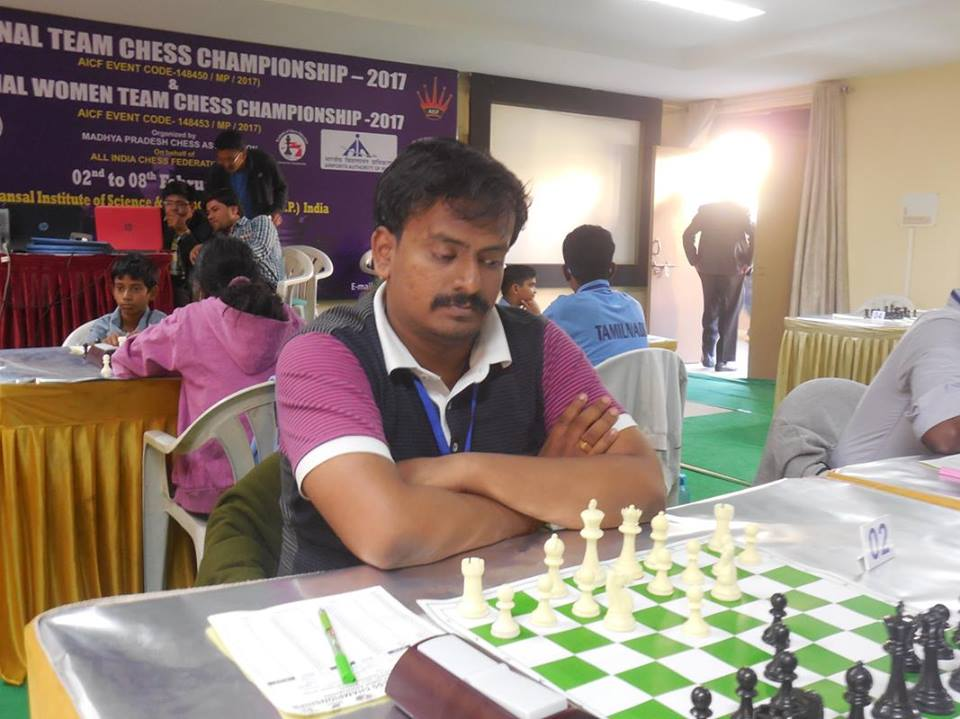 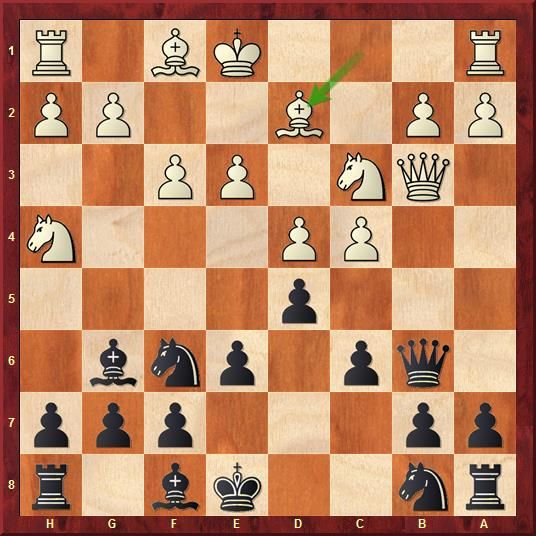 There are a few bad moves possible here for White and Swayams played 9.Bd2. Black to play. 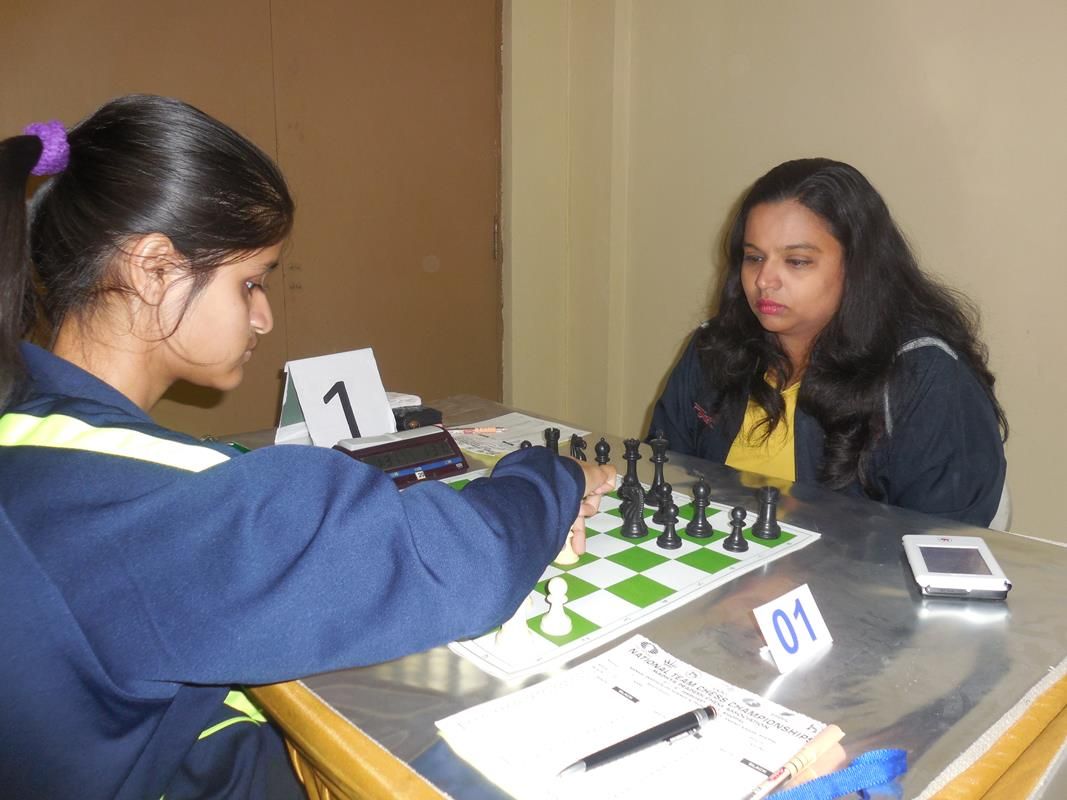 In the women's section, Air India left no breathing space for Madhya Pradesh, mopping them up 4-0. They continue to occupy the top spot with nine points after five games. 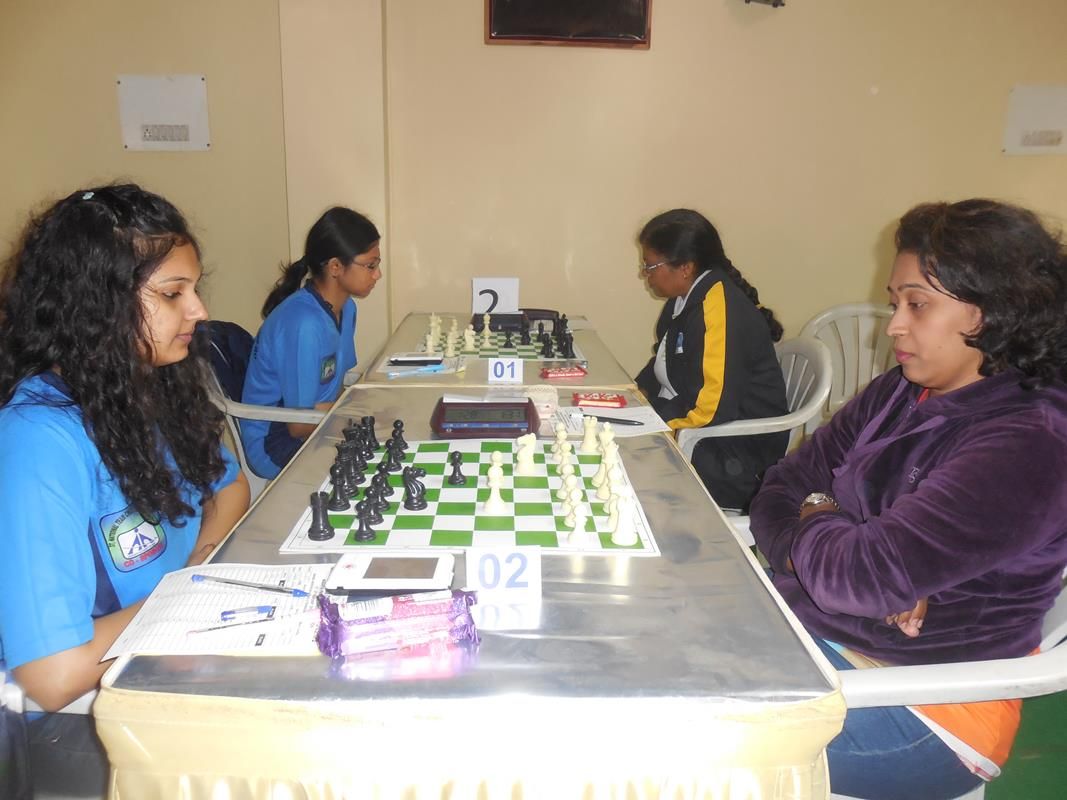 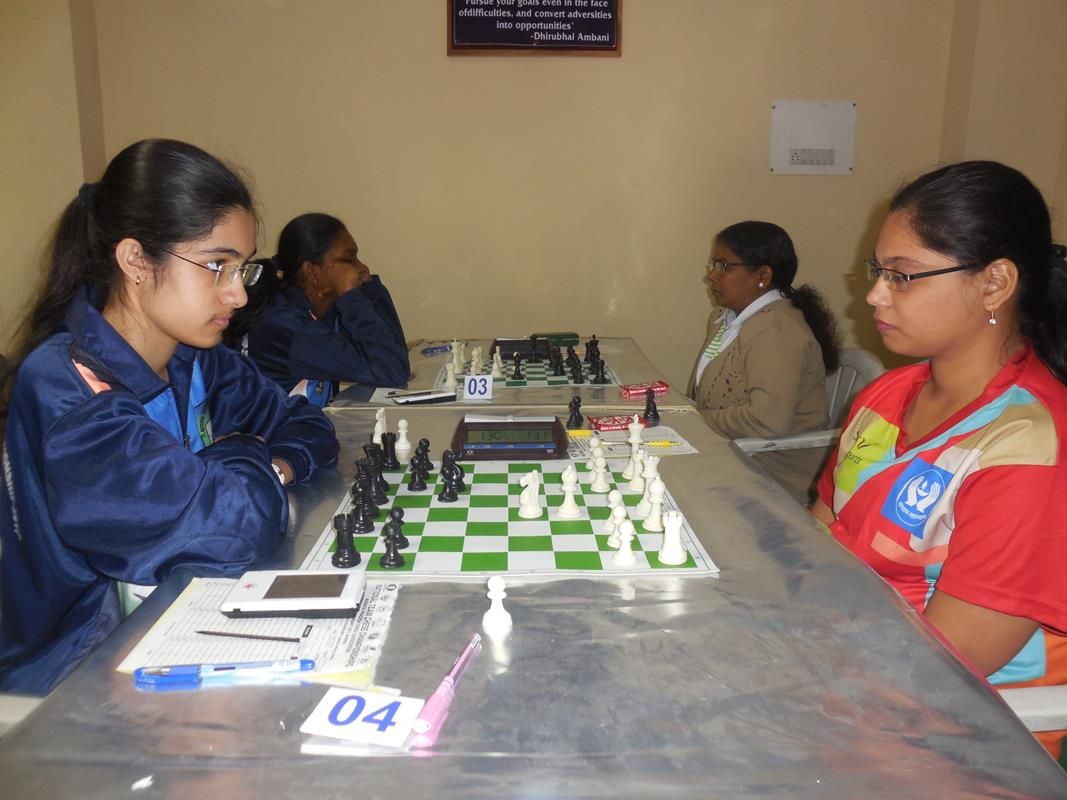 Although Kiran Manisha Mohanty did pull one back for LIC by beating Sakshi Chitlange, AAI won on the remaining boards comfortably and stay in the hunt with eight points and second place after five matches. 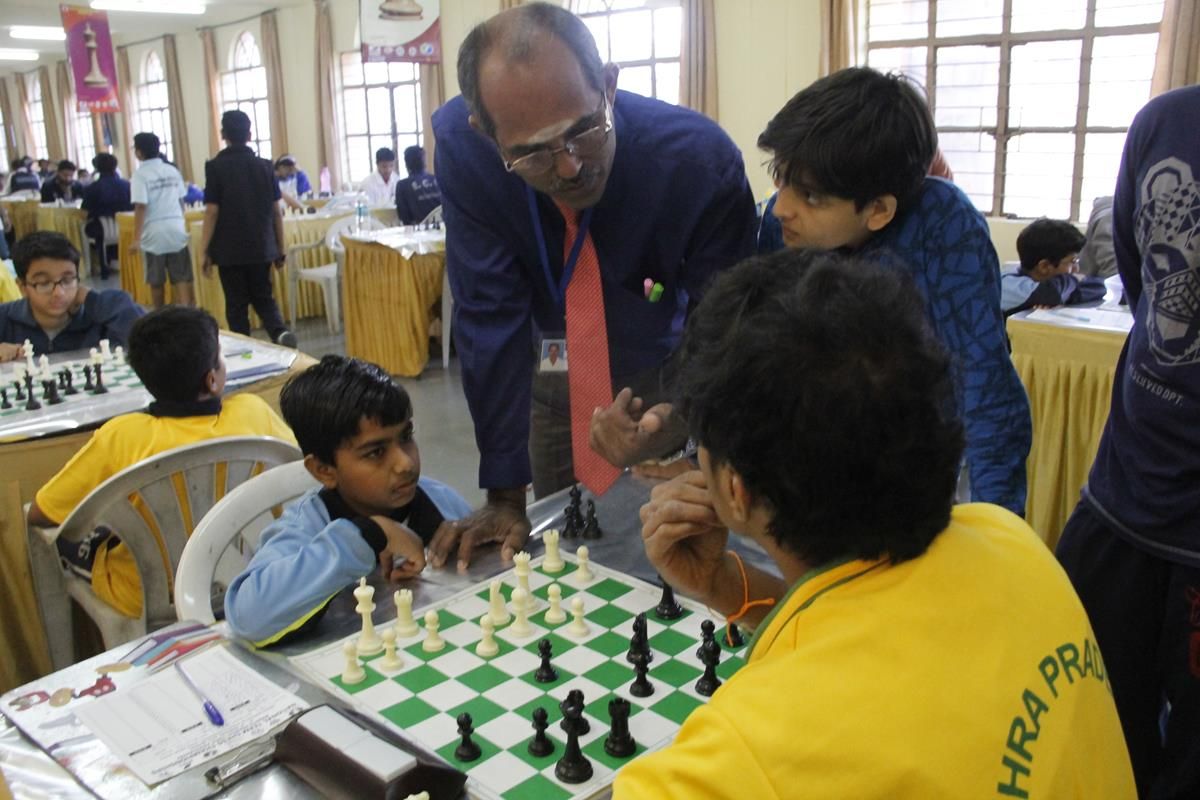 Some of the teams have young competitors and the arbiters have their hands full listening to them.

Pairings for Women's Round 06

PGN for Open and Women

All Photos by Gopakumar Sudhakaran