The Master Class series by ChessBase is an excellent way to acquaint yourself with the World Champions. On 6th of September Master Class Vol.07 dealing with the life and games of Garry Kasparov was released. With runtime of over nine hours and experienced grandmasters like Rogozenco, Marin and Mueller explaining you the details, this is the ideal way to learn what made Garry Kasparov absolutely invincible! A must-have for every ambitious player.

There was a period in the chess world when people would discuss who would finish second if Garry Kasparov was playing in a tournament! Yes, such was his dominance in the world of chess. Right from 1985 when he became the youngest World Champion in the history of the game until 2005 when he retired from competitive chess, he was considered by many as the greatest player who graced the game.

Of course, there is so much that we can learn from the great World Champion! But where do we start? Shall we begin seeing his phenomenal opening preparation? But then what about his amazing middle game combinations? And what about his World Championship Matches against Karpov where the 22-year-old avoided a whitewash and kept adapting to the situation to beat his experienced opponent! And not to forget, there are his matches against the best engine of the time - Deep Blue!

That's the problem. It is very difficult to systematically study the life of a great champion and learn something from it because the available material is just too much. That's precisely the reason why ChessBase has come out with the new Master Class Vol.07 which deals with the life and games of Garry Kasparov. 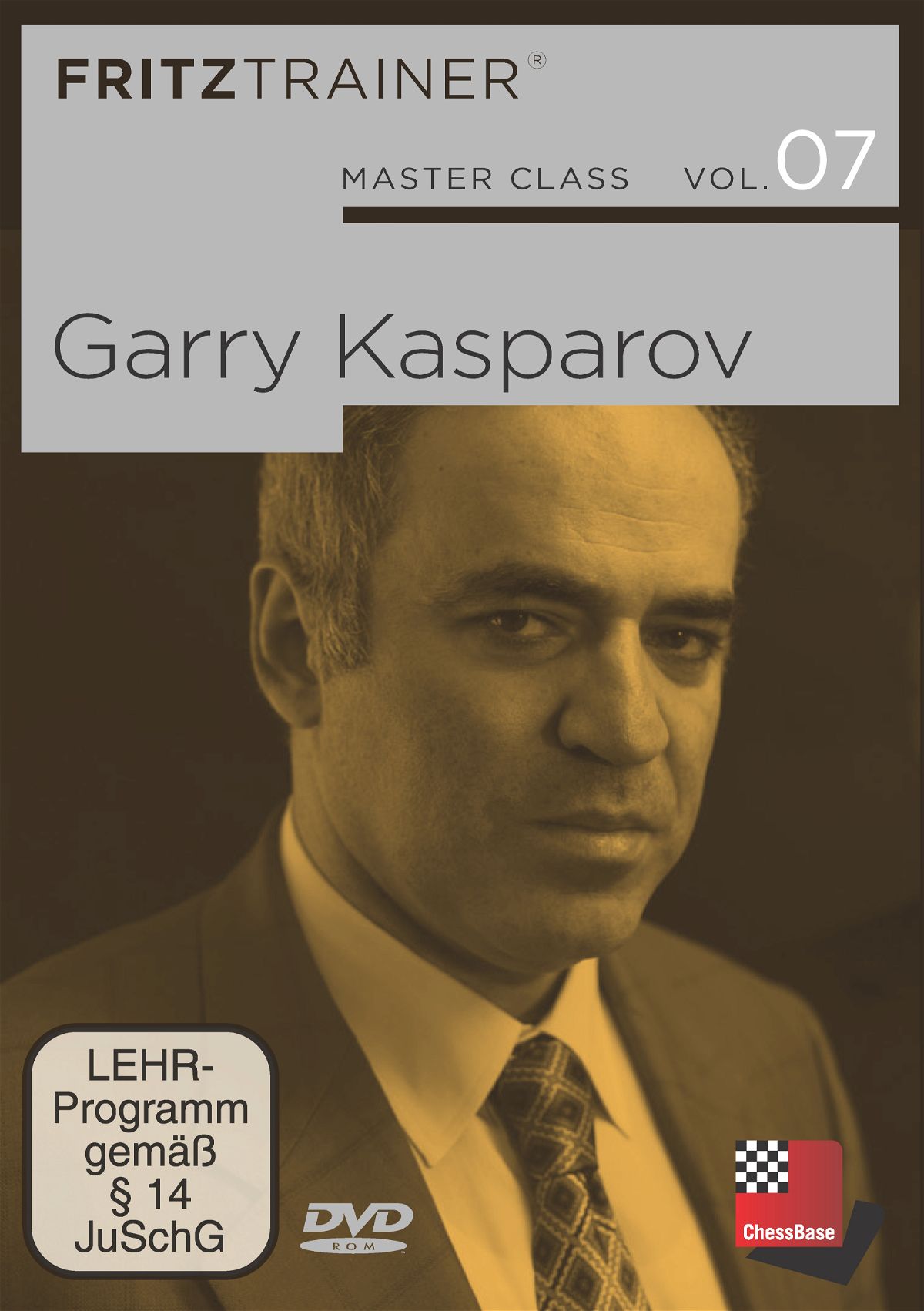 Released on 6th September 2016, Master Class Vol.07 deals with the life and games of Garry Kasparov 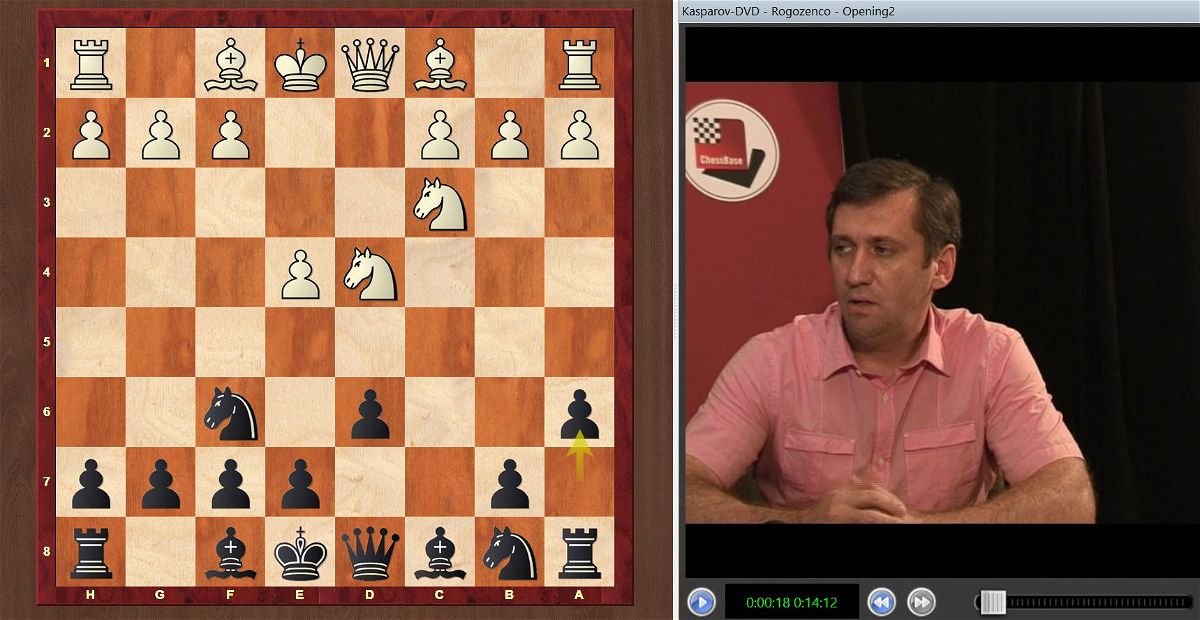 Experienced German trainer GM Dorian Rogozenco takes care of the opening section of the DVD
Kasparov was famed for his opening preparation and hence justice has to be done to this section of the DVD. And Dorian Rogozenco does it in great fashion. There are nine clips focussing on the main weapons of Kasparov's opening play over the years:
1. Introductory video
2. White 1.e4 against the Najdorf
3. White 1.e4 against the Sveshnikov
4. White 1.e4 with Scotch
5. White 1.e4 with Ruy Lopez
6. White 1.d4 against Nimzo and Queen's Indian
7. Black against 1.e4
8. Black with Grunfeld
9. Black with the King's Indian

To give you an example of what Marin covers in his five clips, here is the intro of one of the game:

"Marin considers that this game was highly significant for the match as Kasparov defeated his predecessor on the World Championship throne with the latter's own weapons: After a slight mistake in the opening Karpov is obliged to put his knight on the side of the board on a5. Kasparov strengthens his positions and goes on to win without Karpov making any discernable errors from that point onwards."

Marin's content is always high class and there is a lot to learn from these five clips.

Oliver Reeh covers the tactics in the games of Kasparov. There are 20 positions in interactive format which will help you to not only understand how strong Kasparov was in calculations, but also help you to improve your tactical understanding. Here is one position for you: 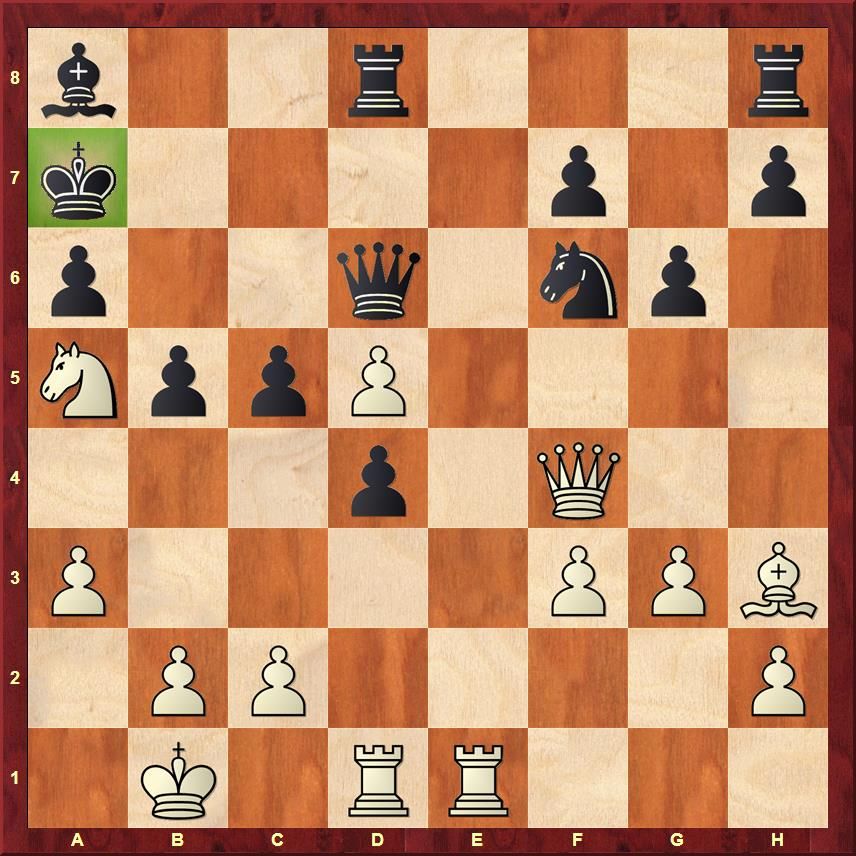 One of Kasparov's most famous victories. Veselin has just played his queen to d6. What would you do as White?

Karsten Mueller, the endgame expert has a lot to say about Kasparov's endgames. According to Mueller, one of Garry's biggest advantages was his ability to calculate concretely and accurately in the endgame which helped him to convert many advantages into the full point. There are 13 clips in the endgame section.

Garry vs the computer 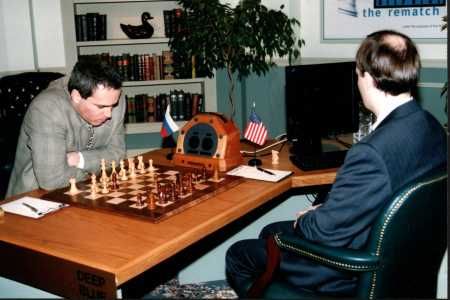 Karsten Mueller covers Kasparov's matches against Deep Blue in eight videos! In the first one he talks about the six games of the 1996 match, and then one video is dedicated to each of the game of the 1997 match! It is simply amazing to see how Garry fights one of the strongest computers of that time and is almost able to beat it!

So all in all this is what you get in the Master Class Vol.07:

You can buy the Master Class Vol. 07: Kasparov from the ChessBase India shop for just Rs.999/-