The All India Chess Federation for the Blind (AICFB), in association with the Manipal University, is hosting the National B Chess Championship for the Blind at T.M.A. Pai Hall in Manipal, a picturesque educational hub in Udupi, Karnataka. At the end of the penultimate round, Kishan Gangolli of Karnataka leads the National B for the Blind along with Soundarya Pradhan, while IM G.A. Stany has all but sealed his victory with a perfect 8.0/8. A pictorial report.

The All India Chess Federation for the Blind (AICFB), in association with the Manipal University, is hosting the National B Chess Championship for the Blind at T.M.A. Pai Hall in Manipal, a picturesque educational hub in Udupi, Karnataka.

The AICFB, traditionally, has never charged any entry fees and all the players competing in this prestigious event are playing on the basis of merit, by qualifying from their respective zonal tournaments.

The Manipal University is organizing this tournament along with an Open rating tournament, with a simple idea of building an audience for this sport, where the visually challenged player can truly play at a relatively higher level, compared to other games.

Remarkably, the organizers are providing quality boarding and accommodation facilities, and not just that... 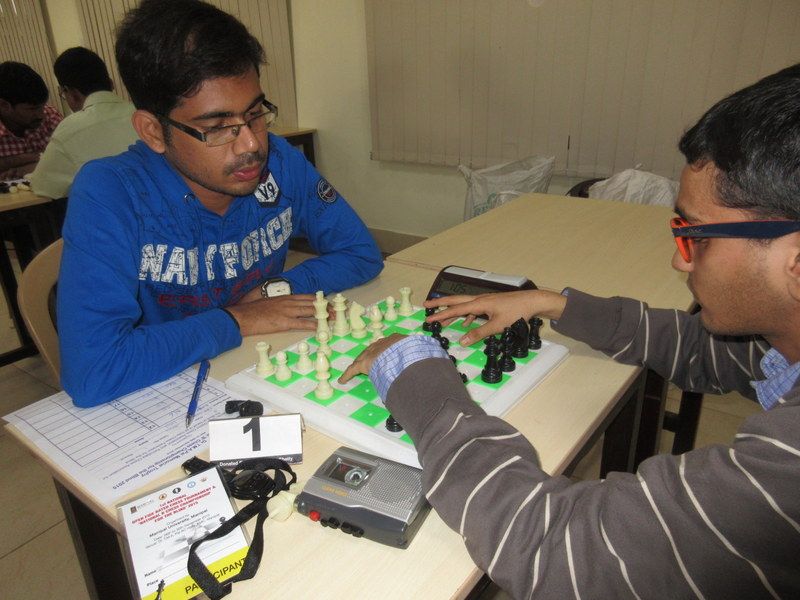 The Round 05 clash between the top two seeds ended in a draw. 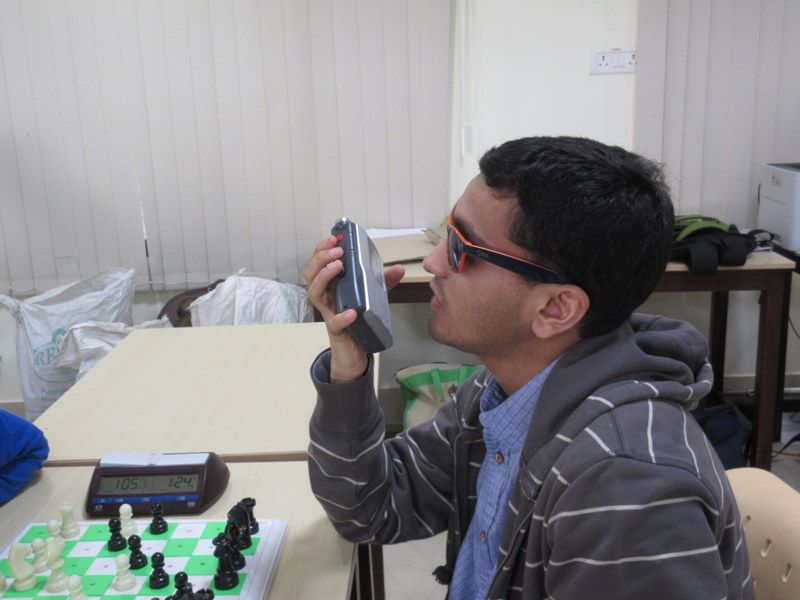 Darpan announcing his move to the recording device. Darpan could not keep pace in the seventh and the eighth rounds, as he could muster up only half a point in these two games. 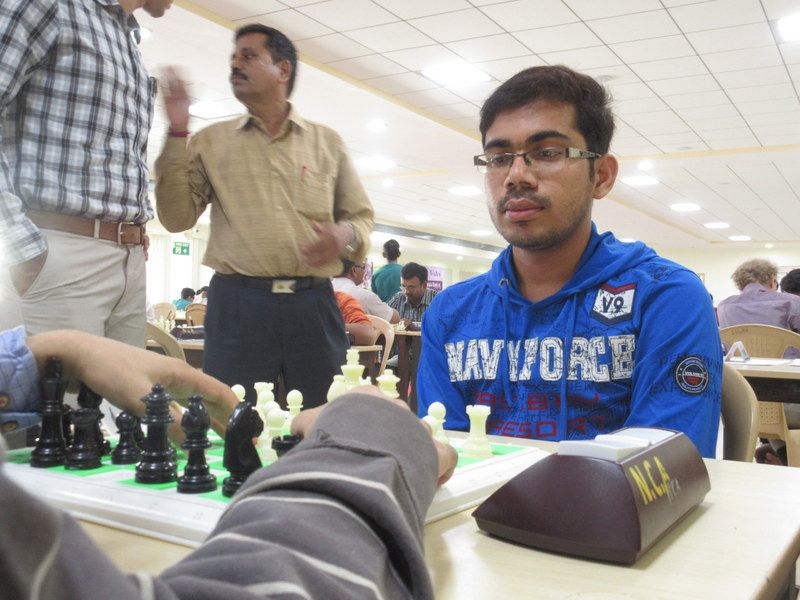 Kishan Gangolli is leading the tournament with 7.0/8 along with... 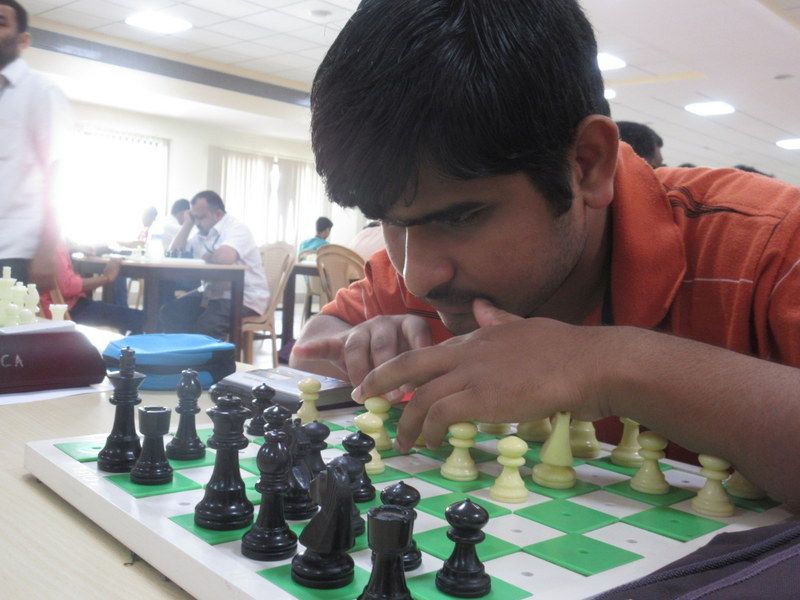 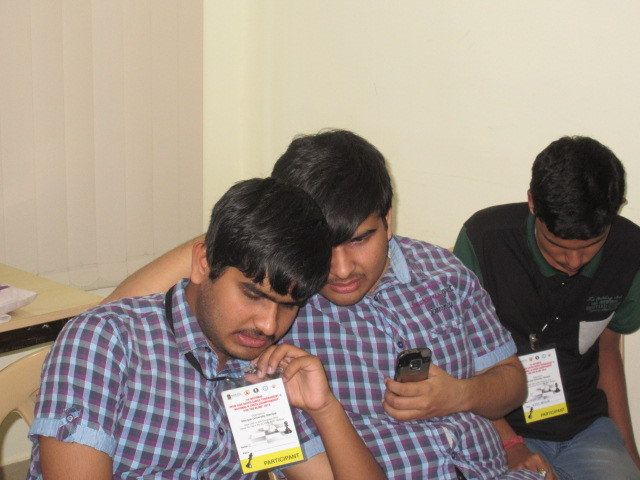 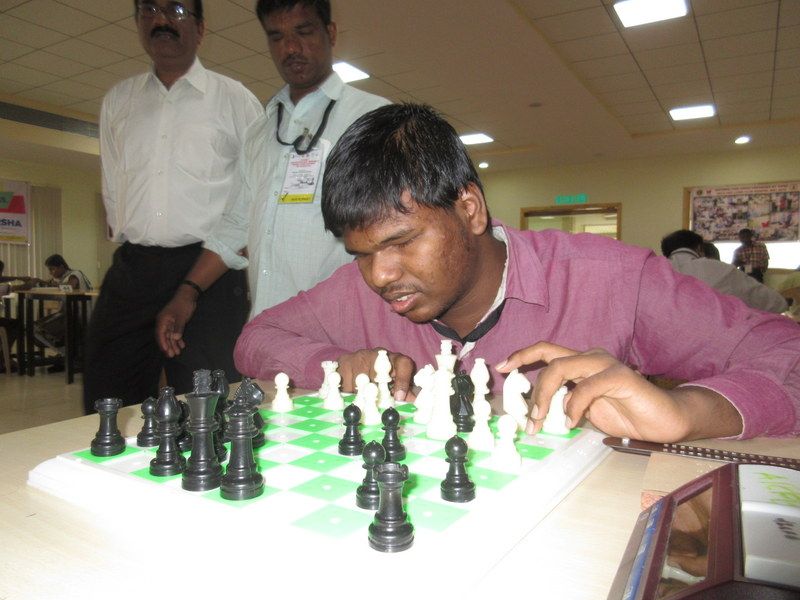 Never understimate the power of the 'touch'. 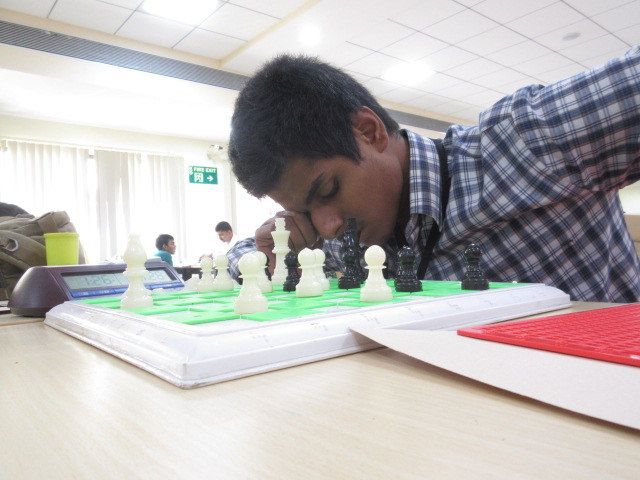 Sometimes, you have to use unique methods to figure out the moves. 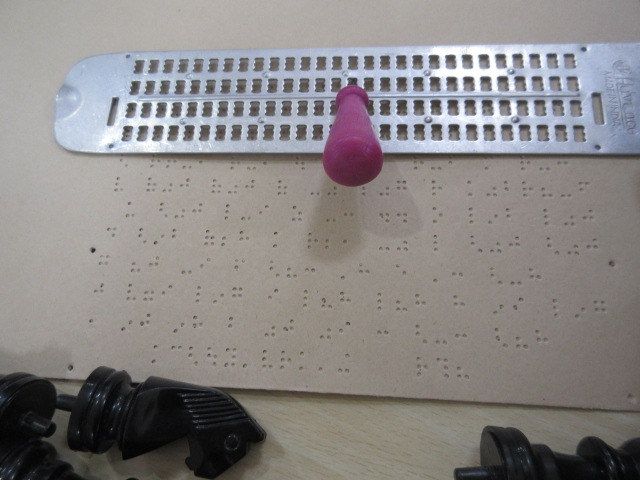 The chess notation in Braille, written using the 'Braille Slate'. 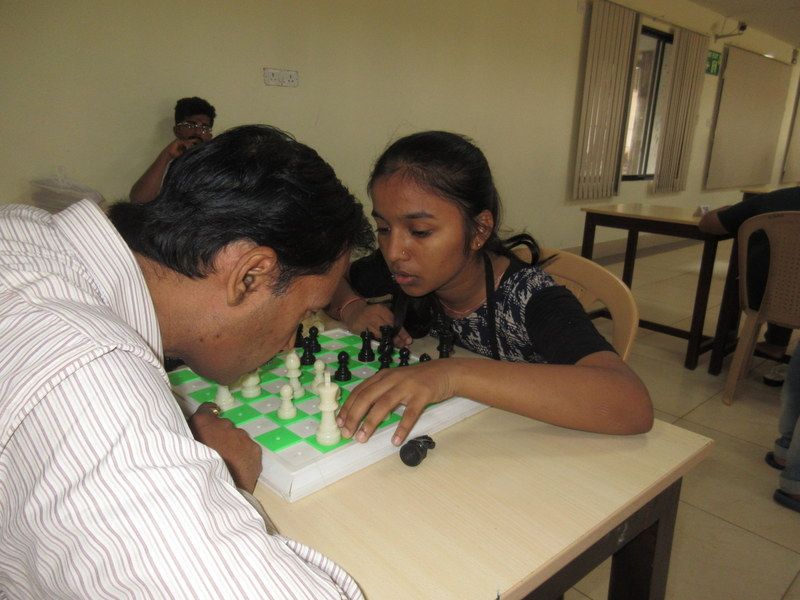 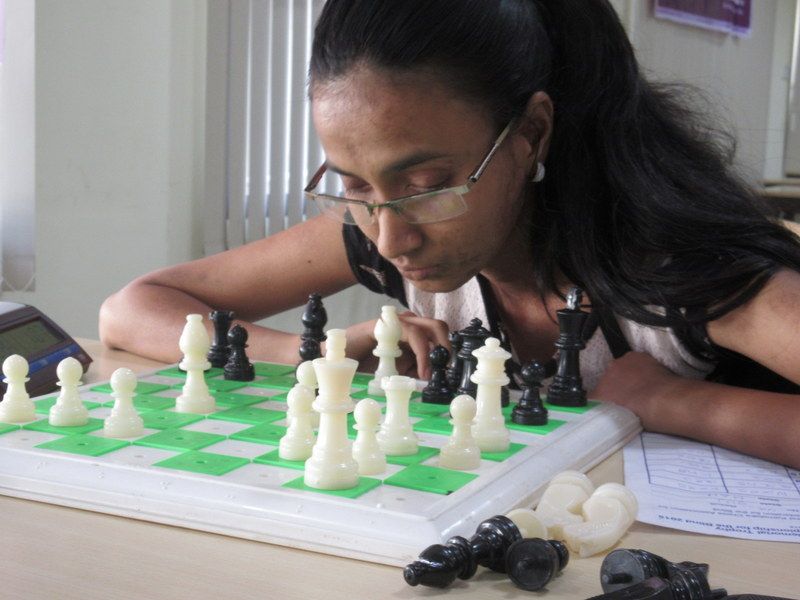 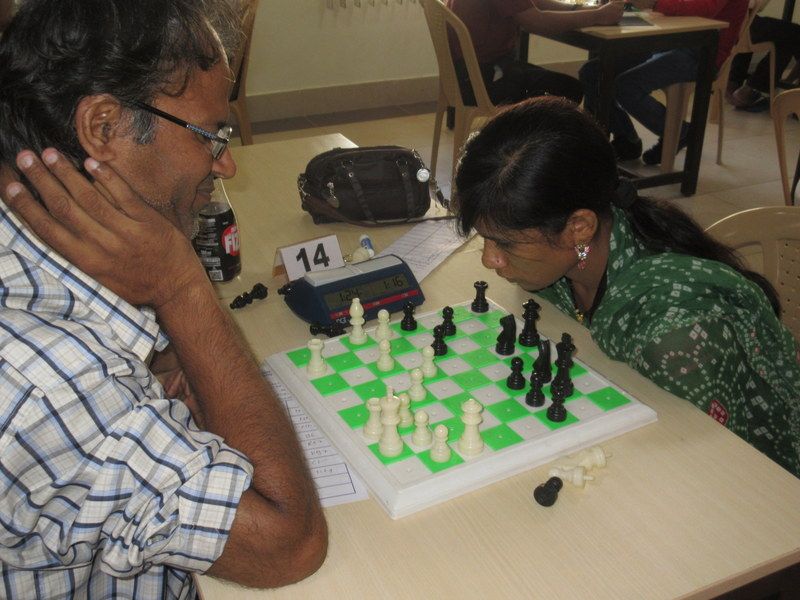 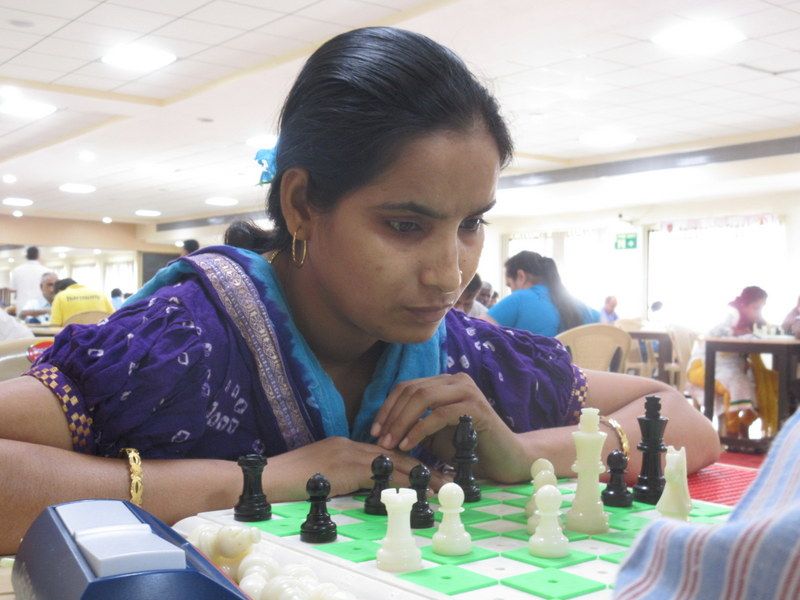 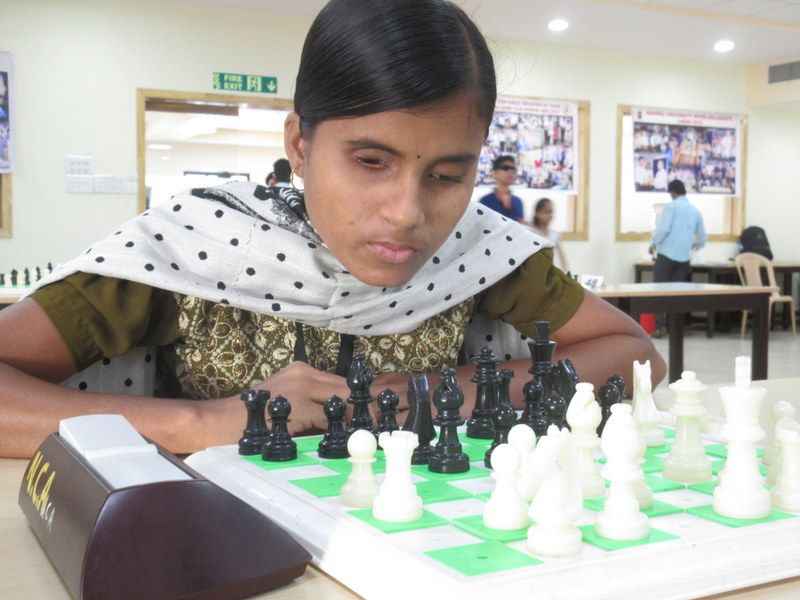 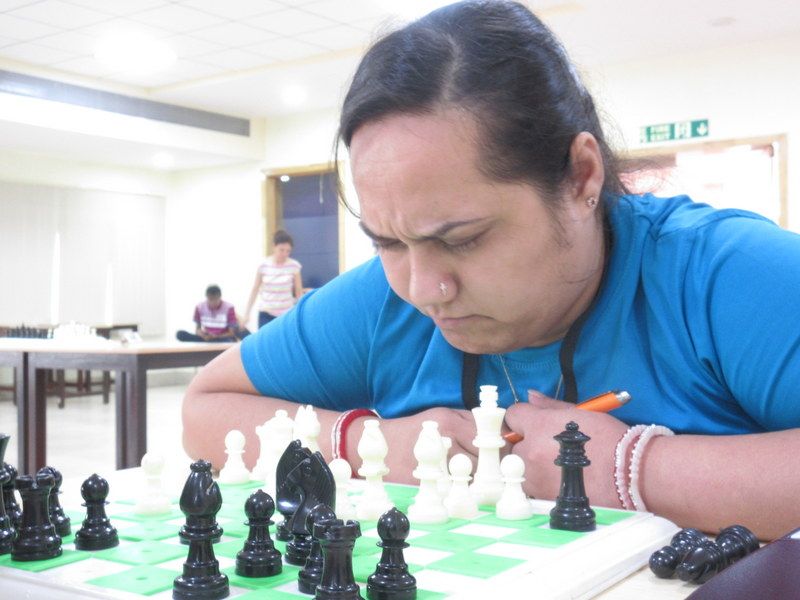 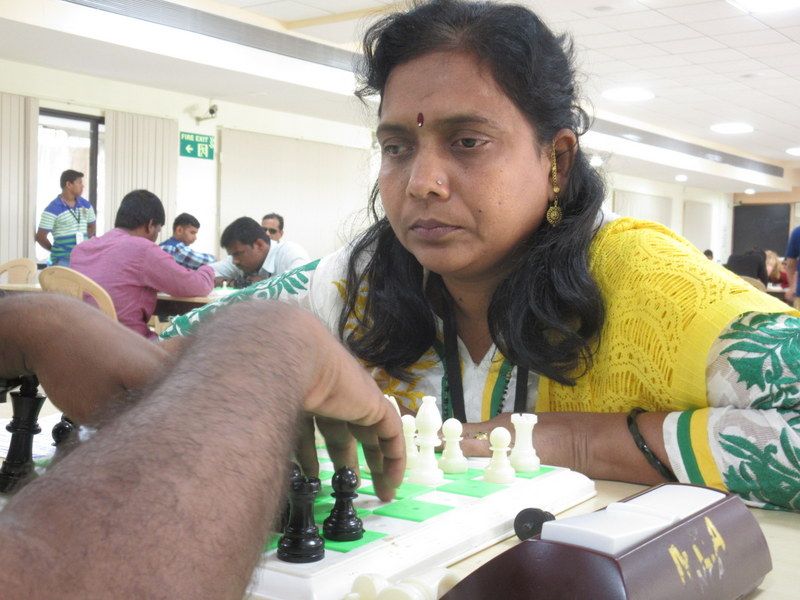 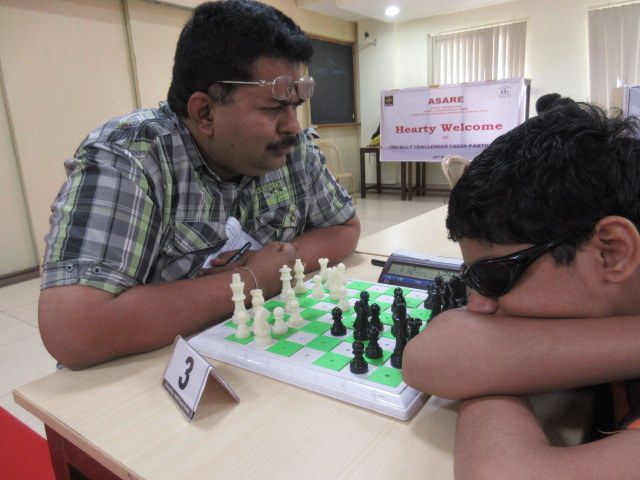 Check the pairings for Round 09 here.

The Open tournament that is being held alongside the National B for the Blind has attracted some 370 odd players from across the country. The excellent playing conditions, coupled with a friendly set of organizers, has enabled the tournament to begin on a positive note.

IM G.A. Stany has almost sealed his title by winning all the eight rounds that have come to close. 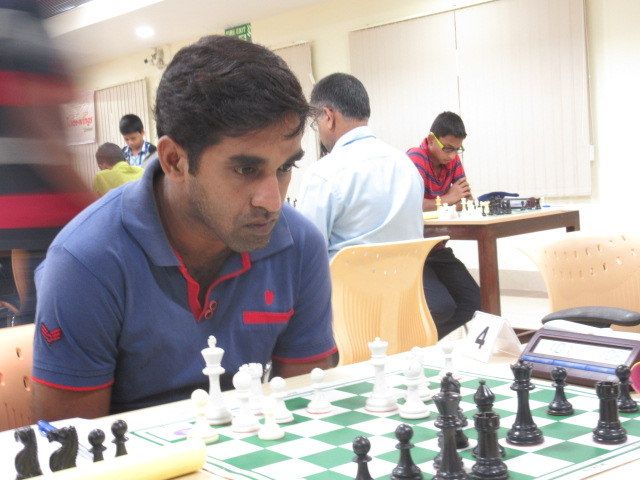 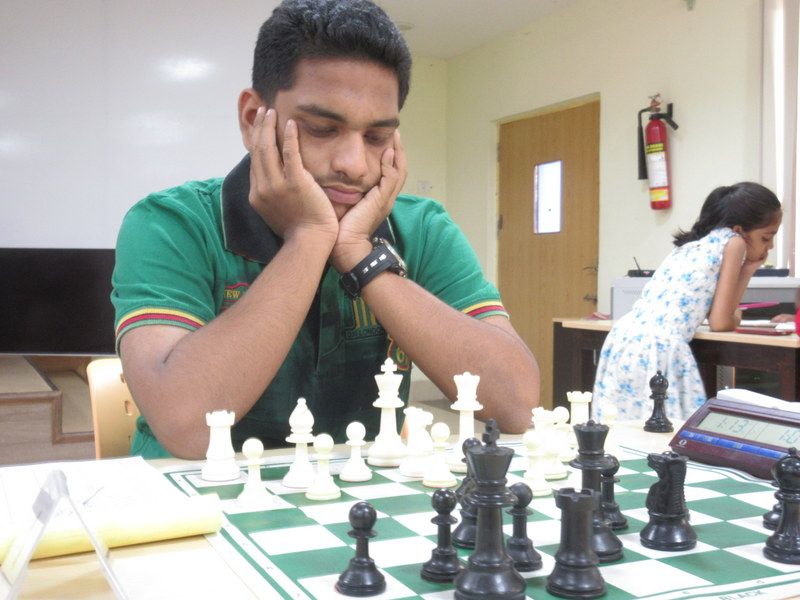 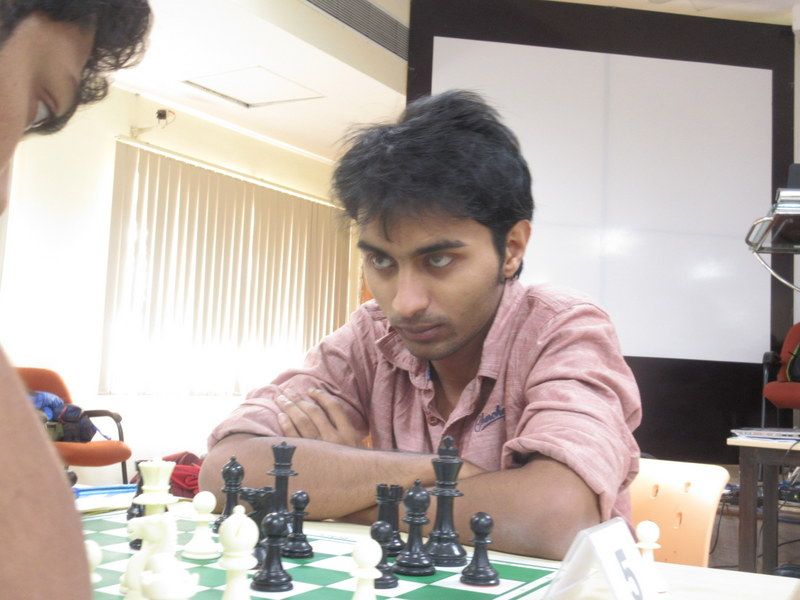 Balkishan Anand (1925) is displaying some entertaining chess and has scored 6.5/8 as well. 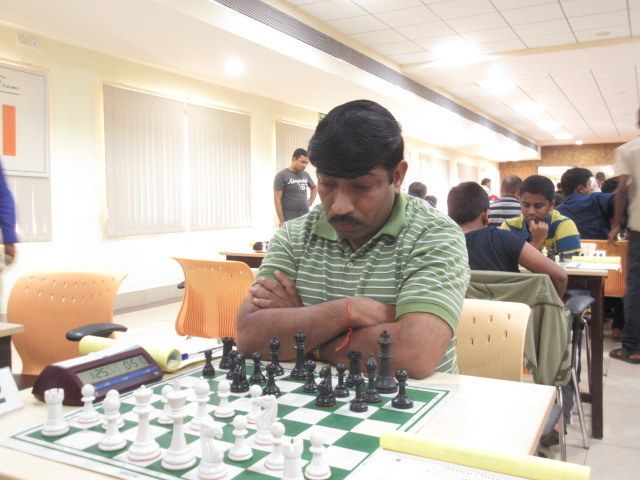 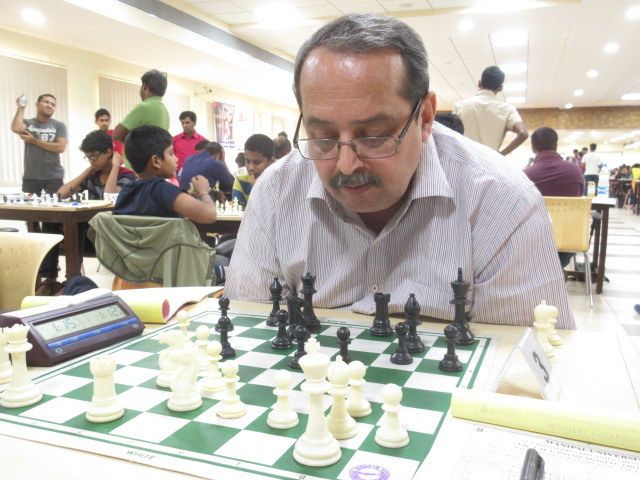 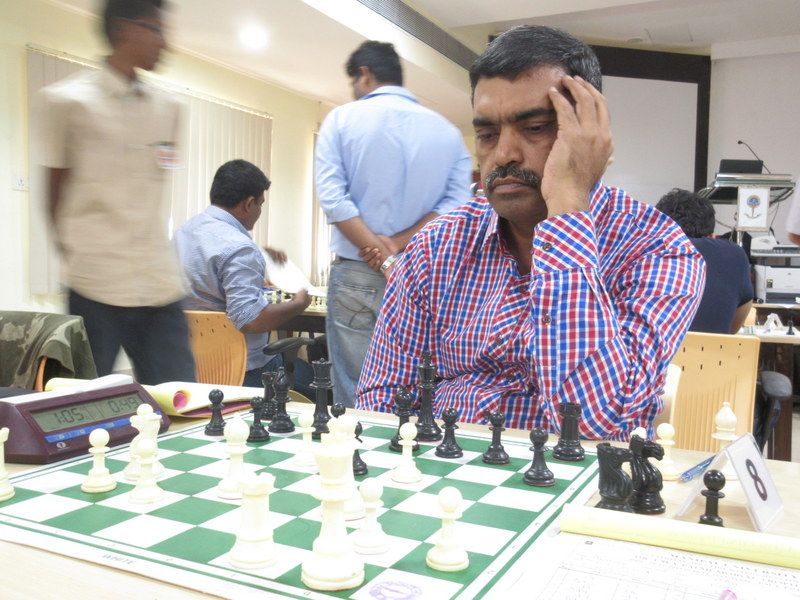 IM D.V. Prasad is not having a pleasant tournament and is on 5.5/8. 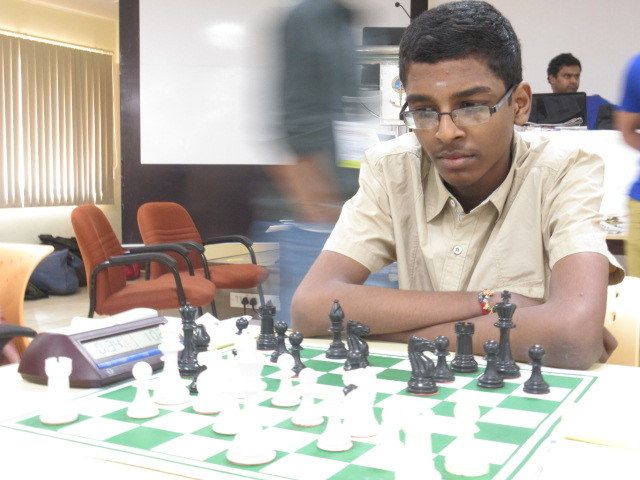 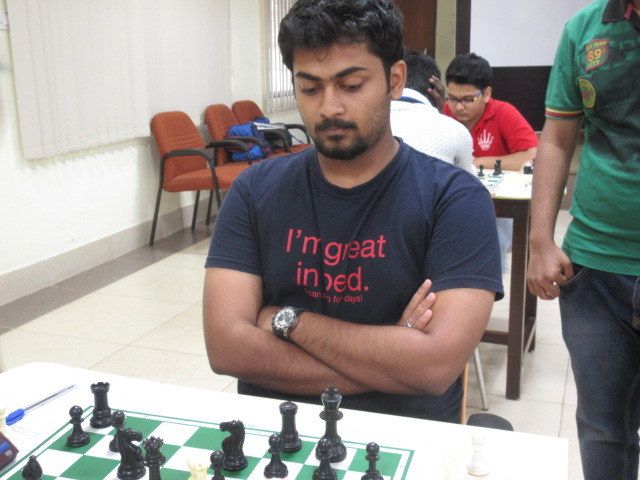 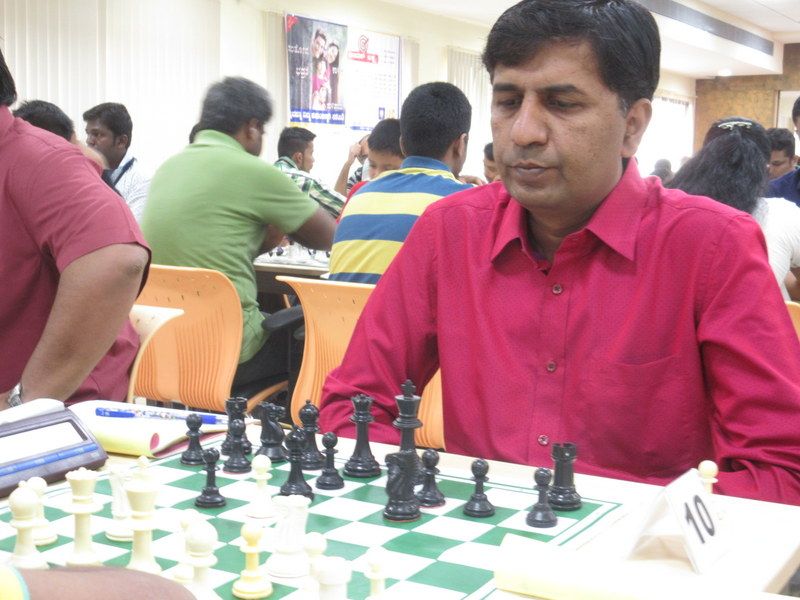 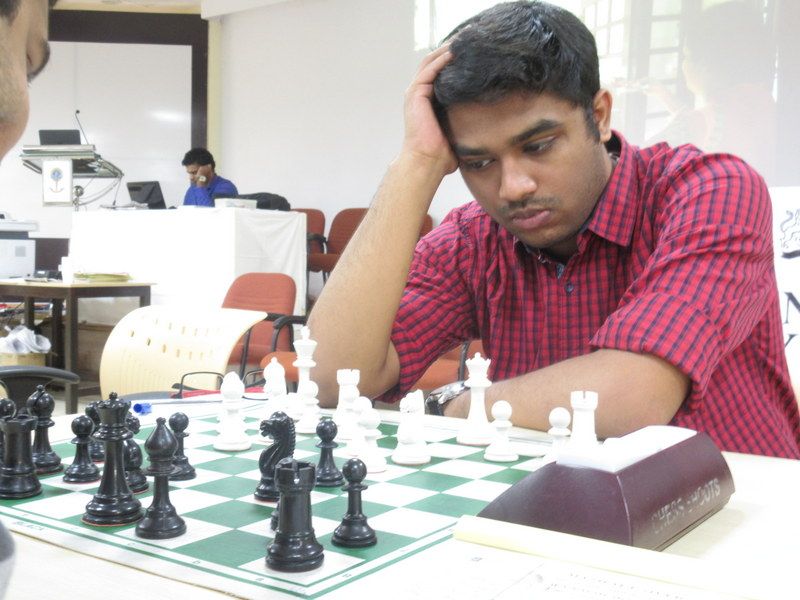 Check the pairings for Round 09 here.