The Lively Library & an Unlikely Romance!

He has been a former National under-17 Champion, Silver medalist in the under-18 Commonwealth, Gold in under-18 Asian team and champion of the strongest state championship - the Tamil Nadu Open. You might expect a guy with a career high Elo of 2309 to be writing something about chess! But meet Niranjan Navalgund - The man with diverse talents! Niranjan is not only a strong chess player but also a prolific writer and today is the launch of the first book authored by him - The lively library and an unlikely romance! In this article Niri shares with us his journey of how he maintained his passion in chess and writing and excelled at both of them.

Greetings to the readers of Chessbase! It is a pleasure to share intricacies of my journey about the two passions in my life - chess and writing and more so on the day when my first book is going to be released.

For every single thing we do, word we utter, and thought we think, we leave small marks on our path. These marks are just like tiny blots of ink — no shape and no form — but represent and define our lives. However, in my case, these random dots met to form two concrete pictures. 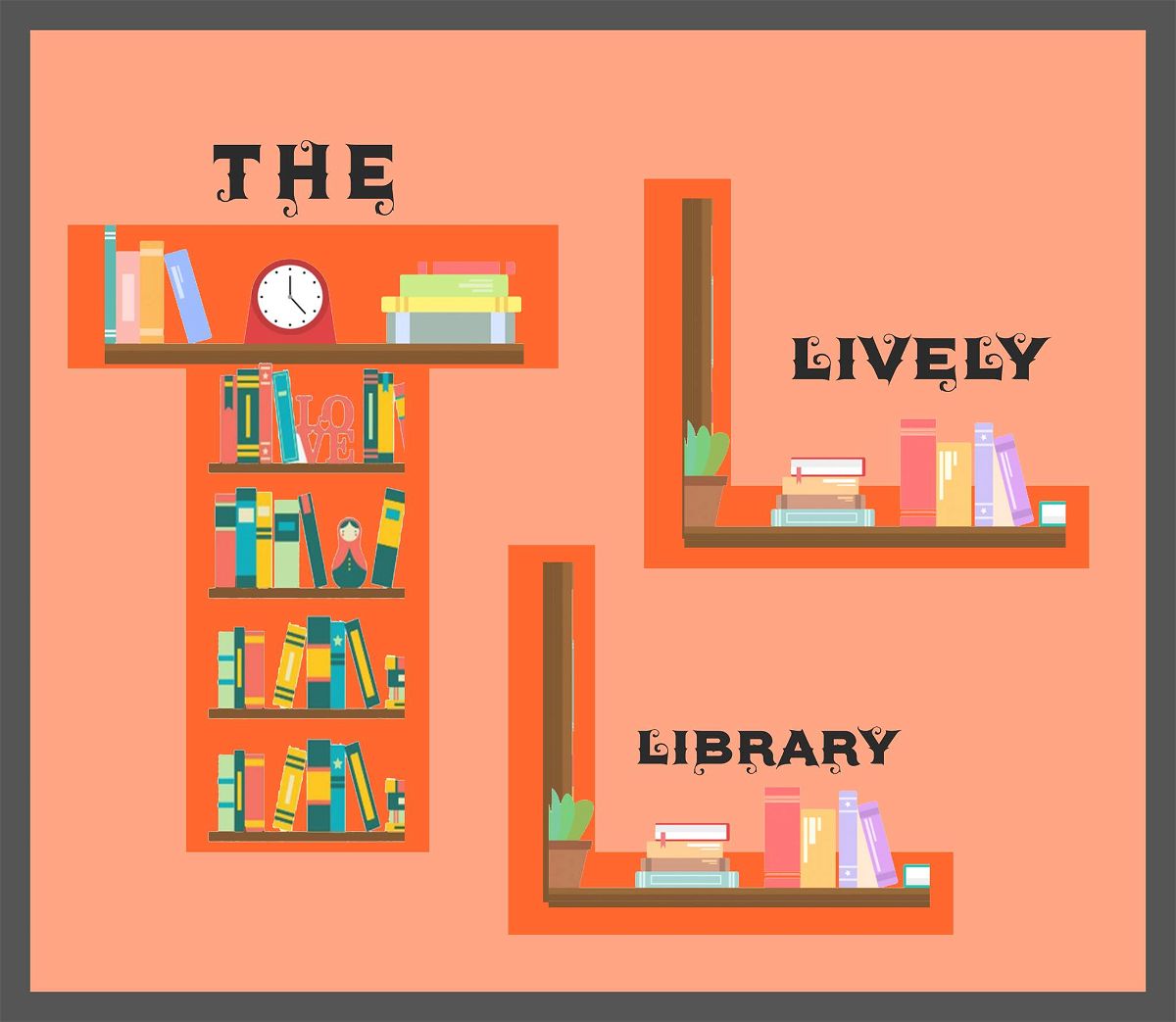 The Lively Library, a book authored by Niranjan Navalgund was released today

Now that I enter this new chapter in my life, it is a wonderful opportunity for me to reflect upon and acquaint you with my life. I was born on February 23, 1994. The first of those ink blots started forming at the age of ten, when I was presented with a chess set by our family friend. I was so drawn to it that I forced my father to teach me the basics. He taught me the game that would go on to became a part of my life forever. My State junior title in 2009, National U-17 title in 2011, Silver Medal in U-18 category of the commonwealth, Team Gold in the Asian U-18, and Tamil Nadu Open Title in 2013 are some of the best achievements in the field of chess. 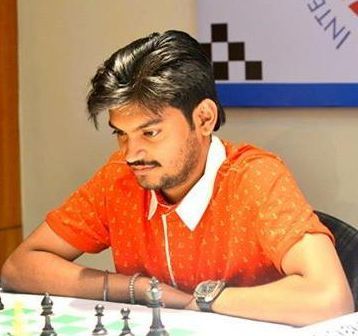 The chess side of Niranjan

The second ink blot was birthed on the day Amma gifted me a dictionary at the age of five. I wrote my first poem in 2001, themed on Mother Earth after the Gujarat earthquakes.

The exchange of letters with my great grandfather benefited me to a great extent. He used to give me prompts and even sent back the corrected versions of my short essays. I recited my poems in several poetry meets, and also tried my hand at writing poems in Kannada. My father writes poems, too. Belonging to a family of writers, I am always encouraged to write. I will remain indebted to my parents for never saying NO to books. I still remember the lovely box of Suppandi Tales I received during my vacations.

But writing took a back seat as I started taking part in more chess events. Eventually, I restricted myself to chess-oriented writing on my blog. In 2013, I started writing a book on chess, but with little luck. In 2014, I came across a short story contest that was to be held by Readomania. I had a story in mind and it took me ten days to complete it. I had everything in place except the ending. On the tenth day, I knew what the ending was going to be. I shared the story with my friend, Garima, and she persuaded me to submit it after some revisions. Having a friend to share your work with is a bliss!

I did not win the contest, but the story earned a place in a forthcoming anthology. Thus began my journey into the literary circle with Hide & Seek. [Ed.- Hide & Seek is the name of Niranjan's story which became a part of the book Chronicles of Urban Nomads, which was released in September 2014.]

After CoUN (Chronicles of Urban Nomads), I started taking writing seriously. Upon writing a few more short stories, I submitted them to Readomania and they were kind enough to edit and publish them in their story portal. I consider myself fortunate to have met lovely people through Readomania. Shloka Shankar, contributing author of CoUN, deserves a special mention. She introduced me to Japanese short-forms of poetry, and, as a result, I have had my haiku, senryu, and concrete haiku published in several journals.

Okay was published by Authorspress in their teenage anthology, and Magic of Mask was published by Write India in their anthology. I made it a point to read a lot of books and consistently write every day. Next, I collaborated with my friend, Garima, on two occasions. We wrote Love & Lollypop for the Wordweavers Contest 2015, and a short film, B-Tweets, produced by United India Films. B-Tweets is special for many reasons. The story revolves around two book lovers who date via the pages of their favorite books, anonymously [I got a great news a few minutes back. B-Tweets has been nominated in the Barcelona Film Festival. It is also a semi finalist in the Los Angeles Festival.]

At the moment, I do not have a schedule for writing. I write only when I am inspired, but I am trying to change that whenever possible. Also, most of my stories are not planned. After a bad tournament in September 2015, I put chess on hold and started writing for the sake of breaking the monotony. I surprised myself by planning the whole story before writing it out. I plotted the character details, sequences, and the twists and turns. I allocated a separate sheet for the list of songs that I must listen to while writing the chapters. Yes, it took that much detailing! Fortunately, it all paid off and the story came into being in the form of The Lively Library.

Writing is like a mini-vacation I seek every now and then. There are times when a story pops up while I am playing a game of chess, but I recognize the change and get back to the game. So far, so good! I have been able to balance chess and writing, but I need to work harder at both.

This is how the two seemingly disparate ink blots in my life formed concrete pictures. I hope they will continue to glow and help me prosper.

Niranjan's book The Lively Library & an Unlikely Romance has been released today!

A chess player writing a non-chess book is quite rare!

This is the plot of the book:

Unknown to Nayan, the library he inherits from his deceased father, is a mysterious place. Hiriya Halepu, Pu.Nayaka, Kapshi and and many others live there. They have a secret world with celebrations, romances, pangs of separation and conflicts. This is the Book-World. As two souls in this world fall in love, they encounter a strange predicament that separates them from each other. Things go from bad to worse when an unknown enemy sends a threat of destruction to this whole mysterious world. They call their resolute protector, Helmine, who unravels many unknown facets of this world, in an attempt to save it from the danger. The lovers struggle to find each other, and Helmine tries hard to decipher the threat messages. But will she be able to save this world from destruction? Will the two souls in love be united? There are no easy answers. Because this is no ordinary Library, this is the place where books come to life. 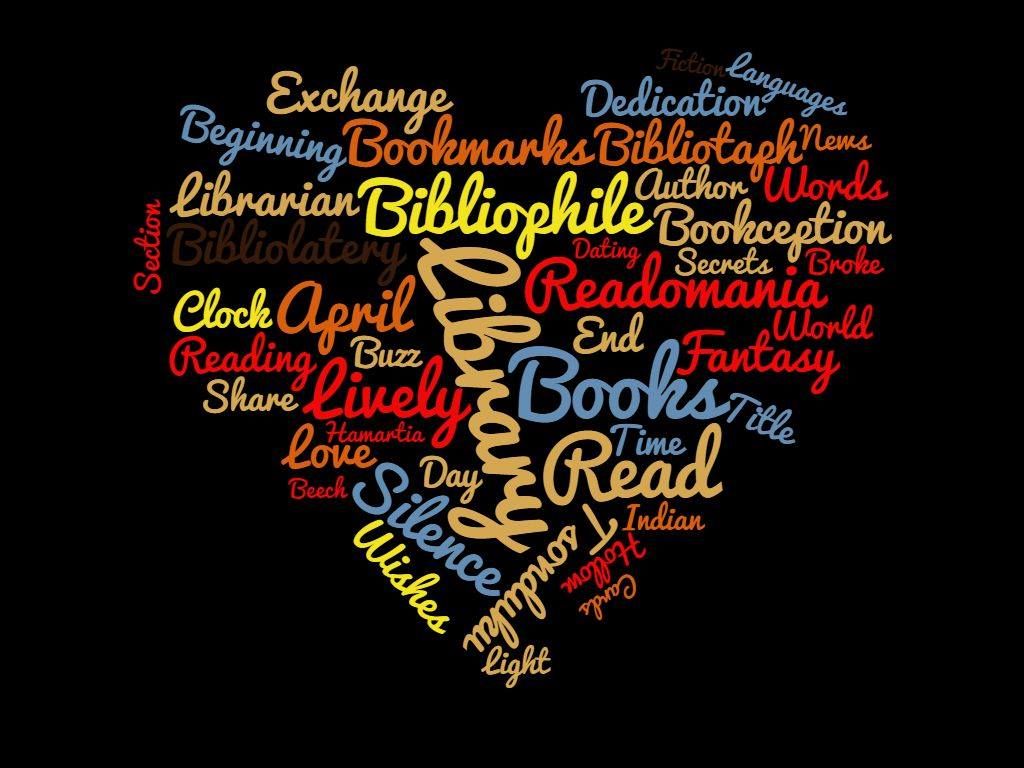 The World Cloud of The Lively Library

The book costs just Rs.150 and is available on Amazon India, Amazon.com, Flipkart and Goodreads. We at ChessBase India have ordered our copy, have you? 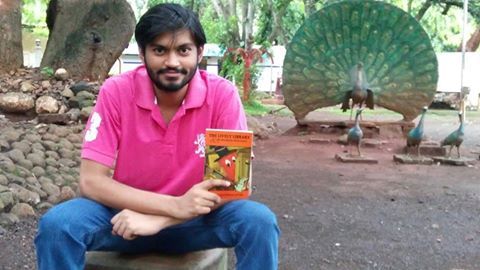 The author with his book!
The book launch will take place at Atta Galatta bookstore, Koramangala, Bangalore at 6.30 p.m on 9th July.

It is said that your opponent in the game of chess knows you the best! He sits with you for nearly four hours. Listens to your breathing, sometimes even heart beats, keeps staring at your expressions and tries to somehow outwit you! Garry Kasparov and Anatoly Karpov knew each other perfectly after their 48 game marathon.

I can say that I know Niranjan quite well because the innumerable over the board battles we have had in the past. Niranjan is a logical thinker. He thinks hard about the best move, its ramifications, why is he making the move etc. This thinking approach is something that is lacking in many players who just make the move just for the sake of it. I presume this is quality that he got because of his writing, or as he says in the text above - sometimes I start thinking about the story for my book in the middle of a chess game! Niri, now we know why you repeatedly come under time pressure!

One particular game with Niranjan that is vividly engraved in my memory is the rapid game that he beat me in Goa in February 2015.

Here's the position after the 39th move: 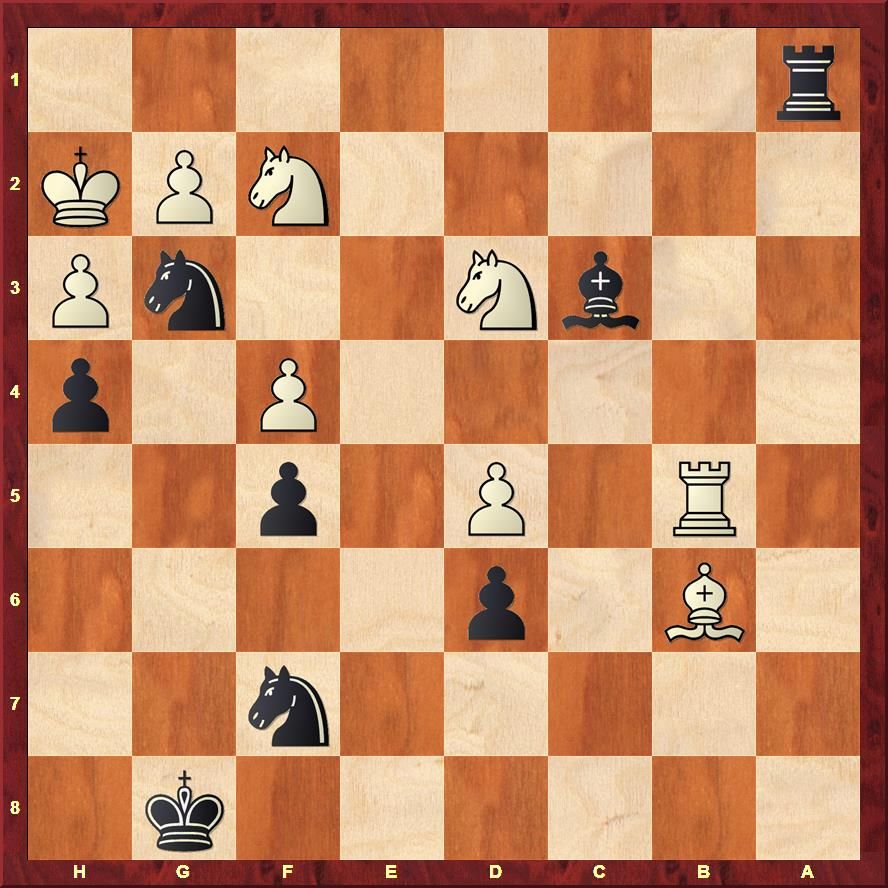 A Zugzwang in a board filled with so many pieces is not easy to find!
I really liked the Zugzwang theme that cropped up after 40.Rb5? Bc3! The result was subservient to the beauty of the game. I wish Niranjan the best in both his chess and writing career. Having so many achievements under his belt in chess with the highest Elo of 2309 and now a successful writer is an amazing achievement. While I am surely going to support his writing career by buying The Lively Library & an Unlikely Romance, I am not so sure about the chess career! I am looking forward to our next meet on the board! :) 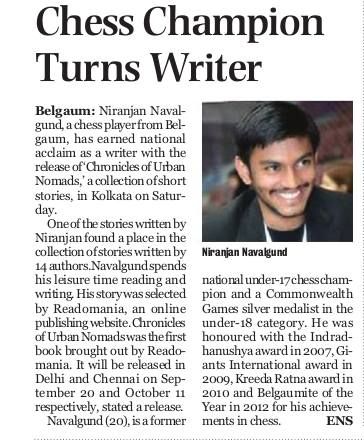 We hope that the Chess Champion hasn't fully turned yet!