A summary of Adhiban's performance

B.Adhiban was the only Indian in fray at this year's Tata Steel Tournament. The 23-year-old was the second seed in the event. He played some fantastic chess, won the section and qualified for next year's Masters. We had set up this live games page for you to follow his games. The live games are done but what remains is a short summary of all the 13 rounds of Adhiban's games. Enjoy them and relive the Indian's brilliant performance. 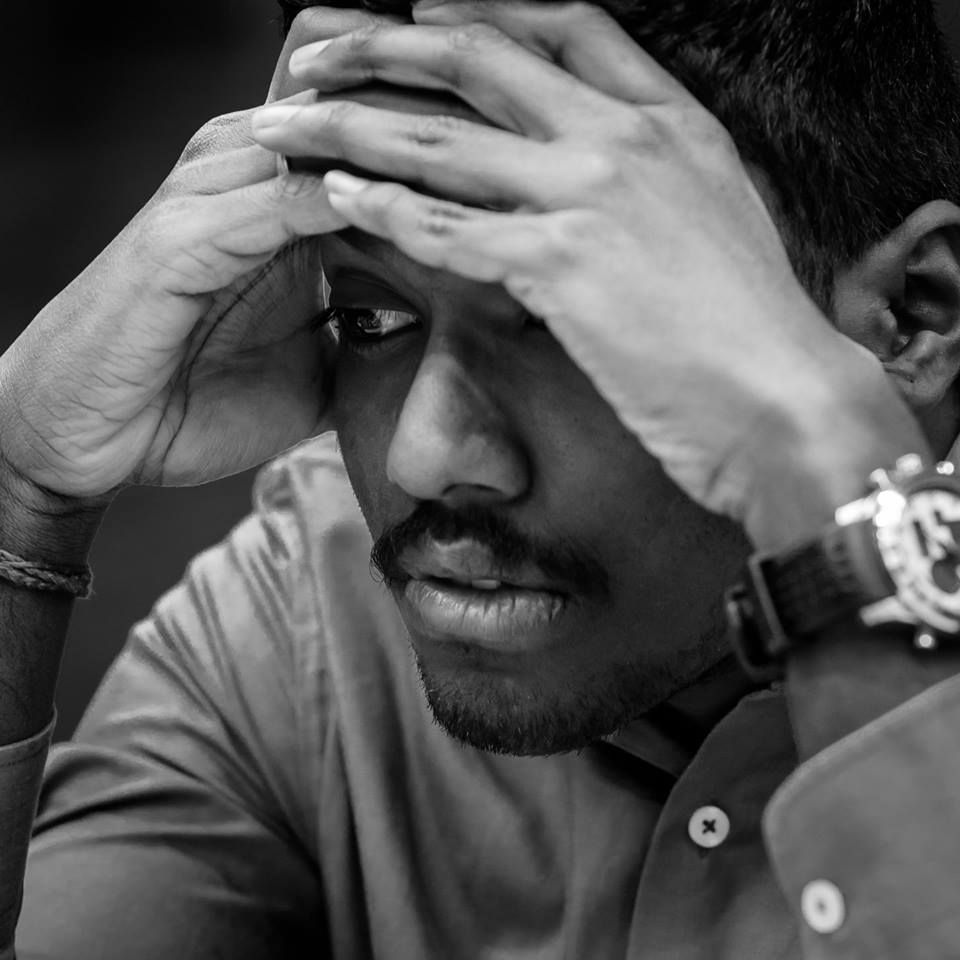 B.Adhiban is the only Indian at this year's Tata Steel. He is playing in the Challengers section and is the second seed 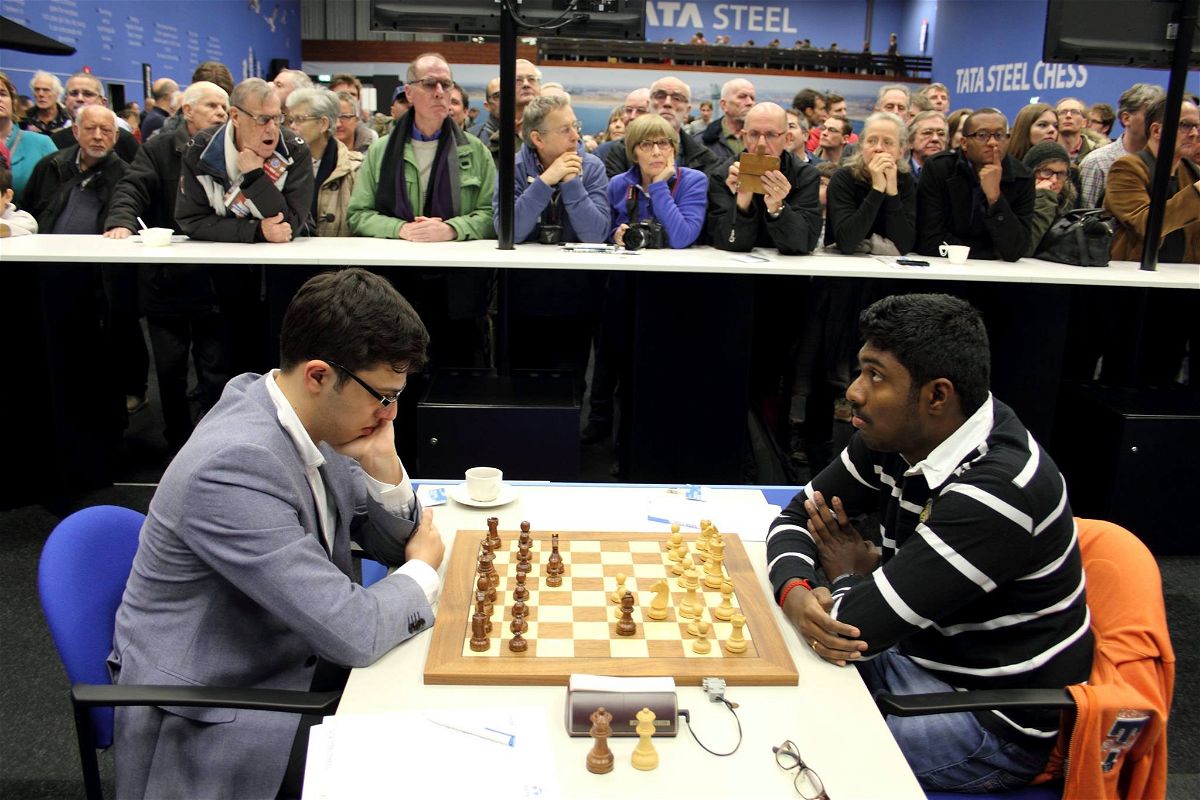 Adhiban started off with a bang against Nijat Abasov in the first round. He won a miniature in the 4.Qc2 Nimzo Indian when his opponent went terribly wrong. 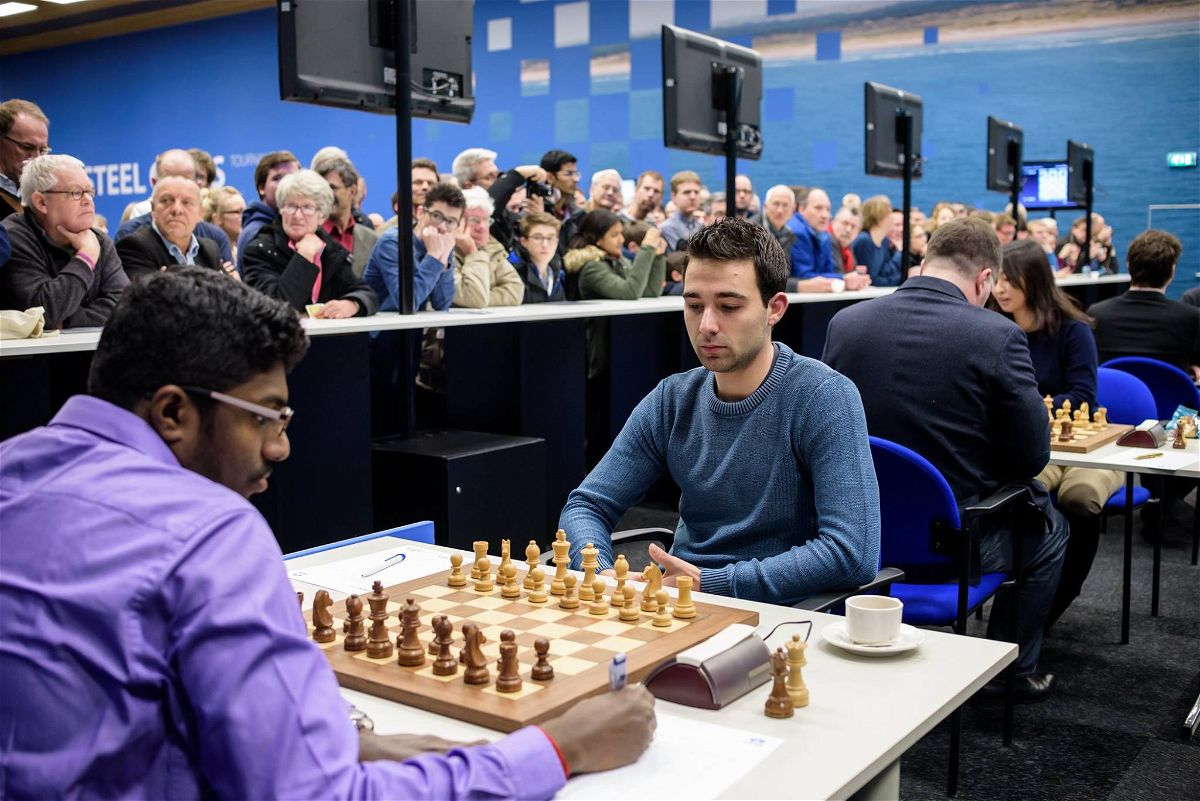 In round two Adhiban faced the second last seed of the event FM Miguoel Admiraal. He played a solid e4-e5 opening. The position was equal for quite some time until the Dutch player allowed a knight fork, lost an exchange and later the game. 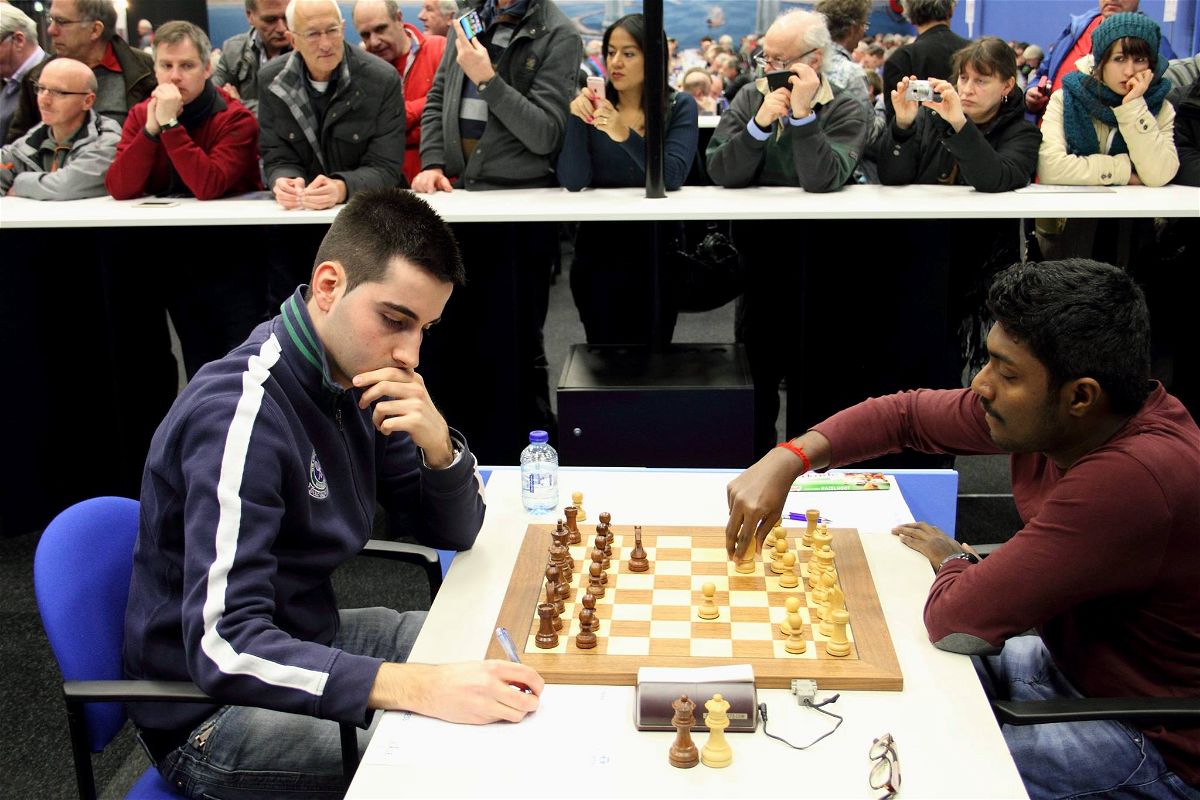 Adhiban had a tangible edge against Benjamin Bok almost throughout the game but couldn't convert it and the game finally ended in a draw. That brings him on 2.5/3, a half point behind Dreev. 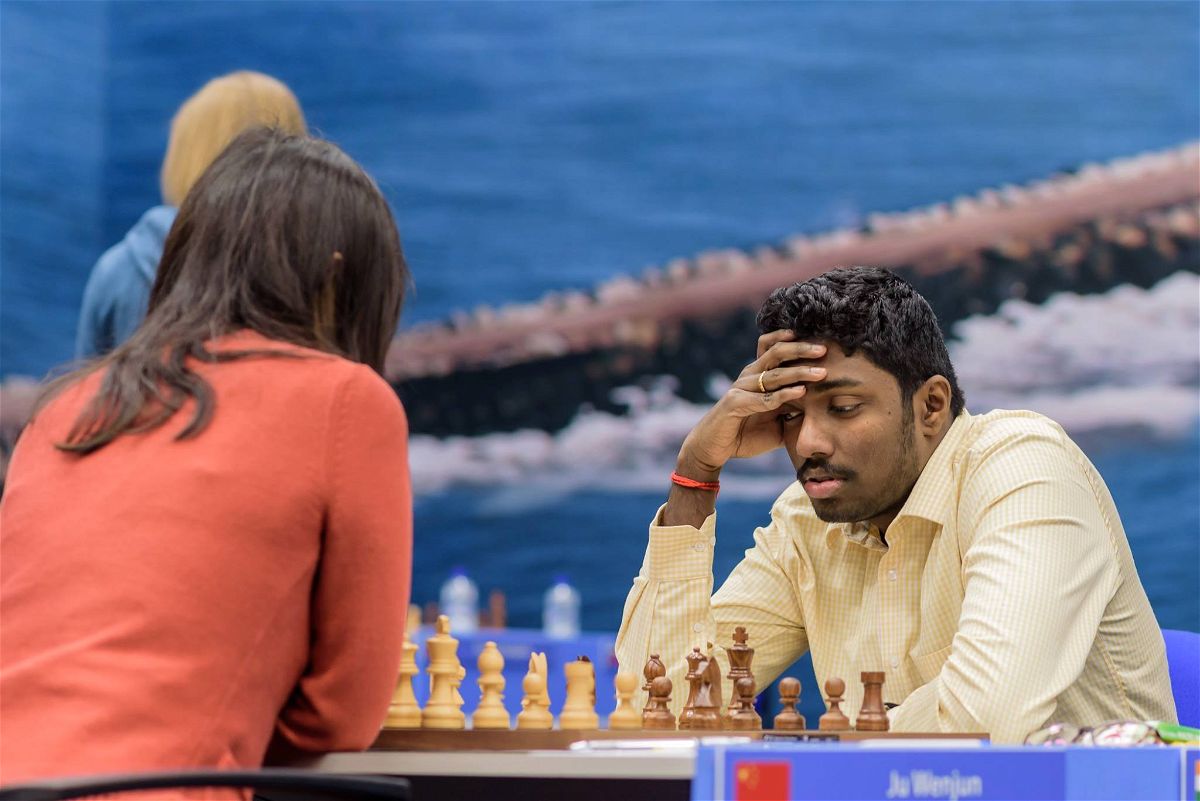 After the opening the position was equal, maybe a slight pull for Ju Wenjun. But Adhiban played extremely well and the Chinese player kept making mistakes, which meant that Adhiban could score the full point. Clear second with 3.5/4 but still trailing Dreev by half a point! 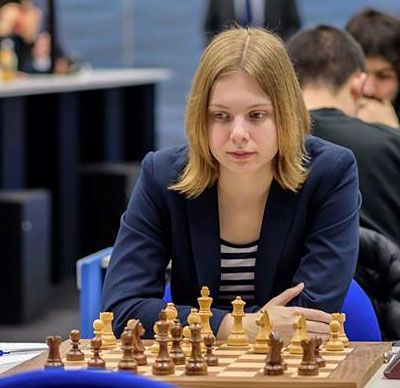 Adhiban won a very smooth game with the White pieces against Anne Haast in the fifth round. He played a brave gambit in the opening to which the Dutch player reacted poorly. After almost fifteen moves White had a close to decisive advantage. Going into the rest day, Adhiban has caught up with Dreev who drew his game against van Foreest. 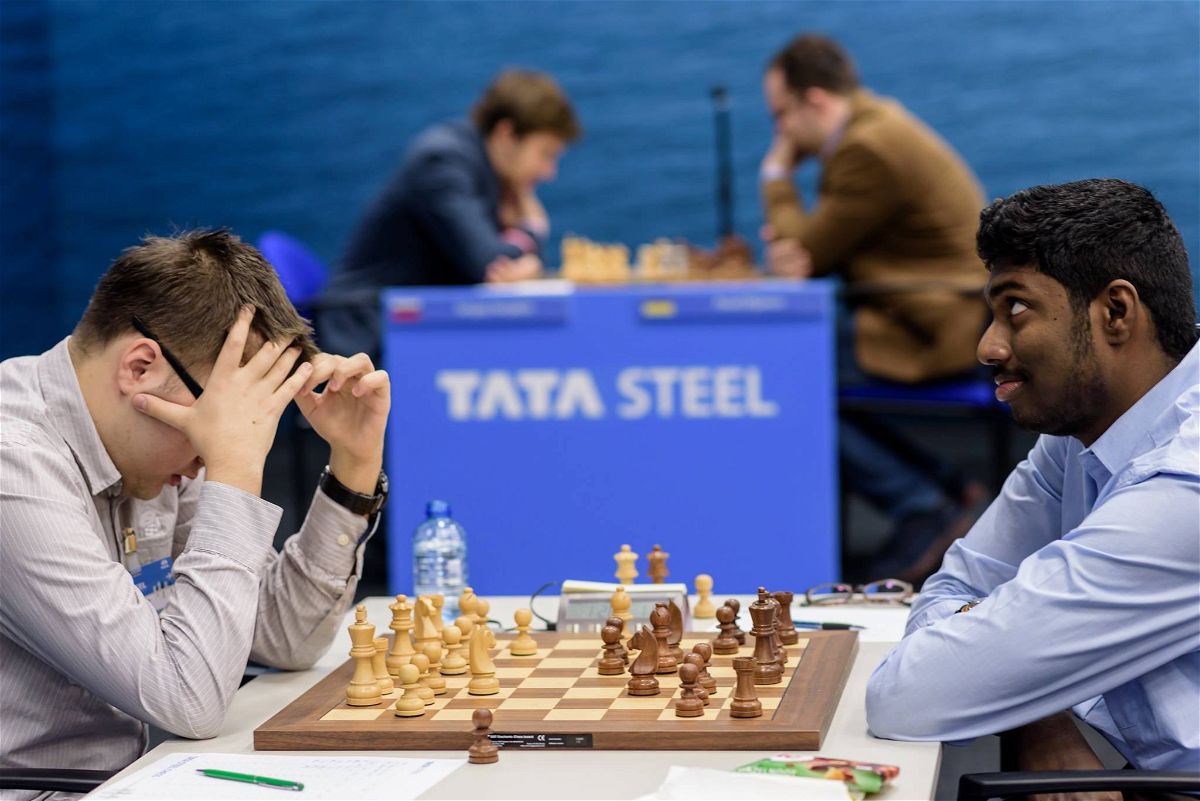 Adhiban's battle against Mikhail Antipov started with the Anti-Scilian 1.e4 c5 2.Nf3 e6 3.b3 and the Indian player slowly built up a steady advantage winning a pawn. But he wasn't able to convert and the game ended in a draw. Dreev also drew his game and now Adhiban and Alexei lead with 5.0/6. 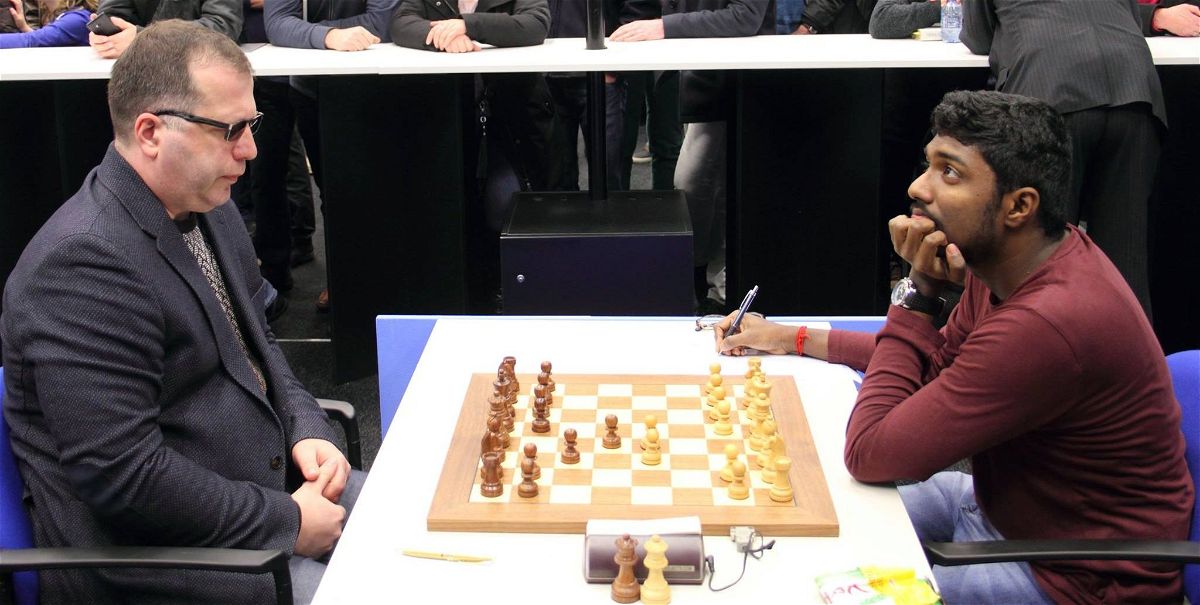 Adhiban came to the game extremely well prepared and simply blew Alexey Dreev off the board with some scintillating moves. By beating his experienced opponent he is now on 6.0/7, half a point ahead of all his pursuers. You can find the complete analysis of this game in a seperate ChessBase India article. 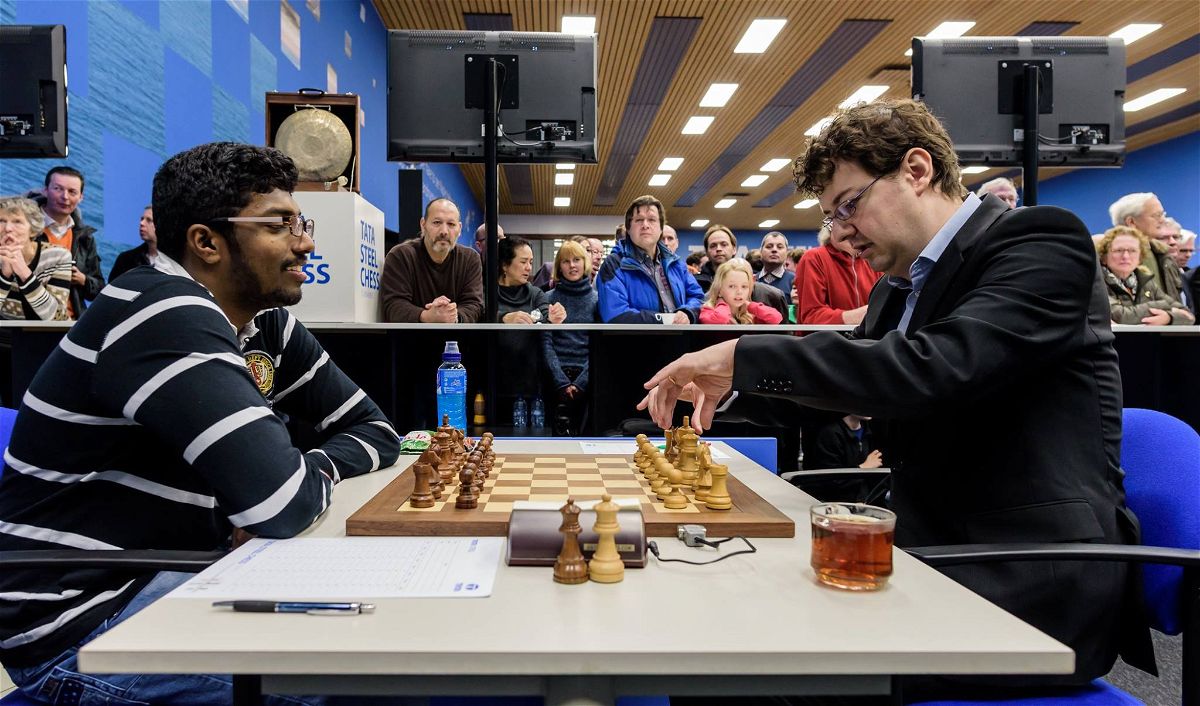 In the eighth round Adhiban drew his game against the Dutch grandmaster Erwin l'Ami. And as Dreev and Safarli also drew their games, the Indian grandmaster is still the sole leader as we go into the second rest day. 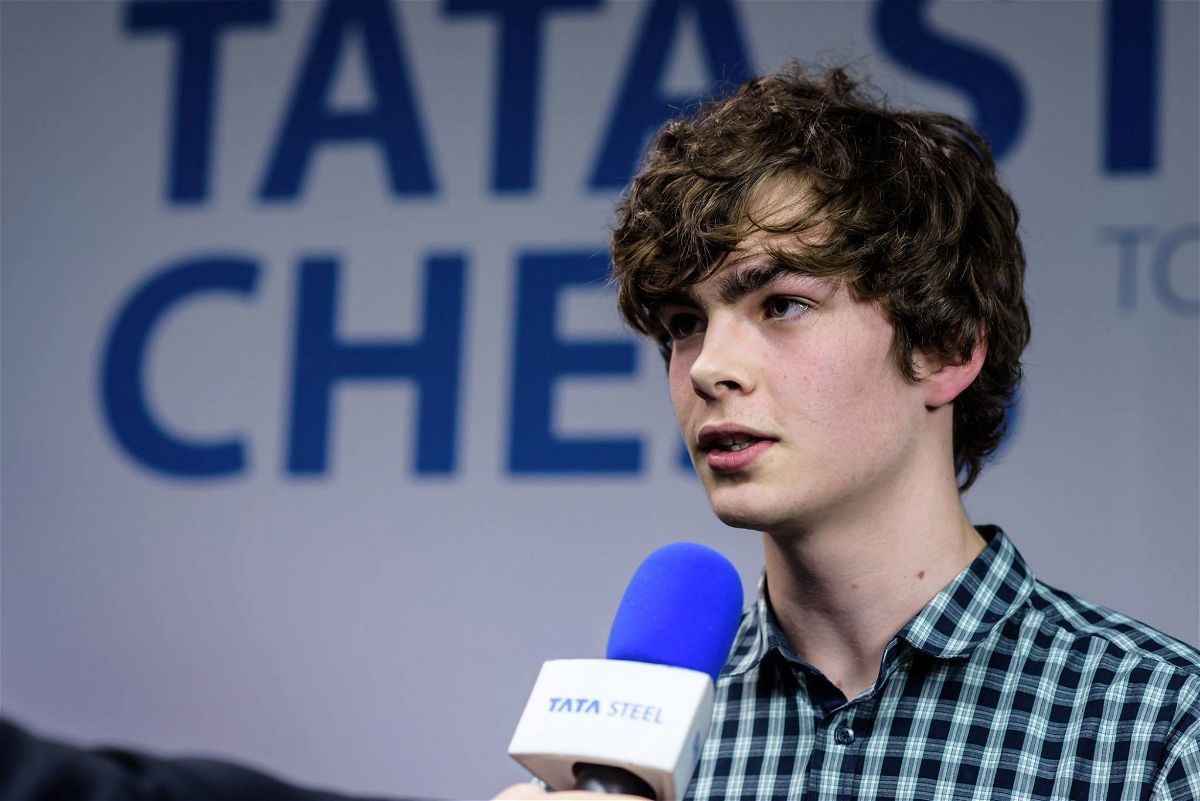 Jorden van Foreest turned out to be the giant killer of the round as he beat Adhiban from the black side of a Slav Defence. Adhiban was in an aggressive and maybe to some extent reckless mood, as he sacrificed a lot of his pieces. It turned out that he had no attack and was left a piece down with no compensation. The Indian is still in the joint lead as Safarli drew his game. 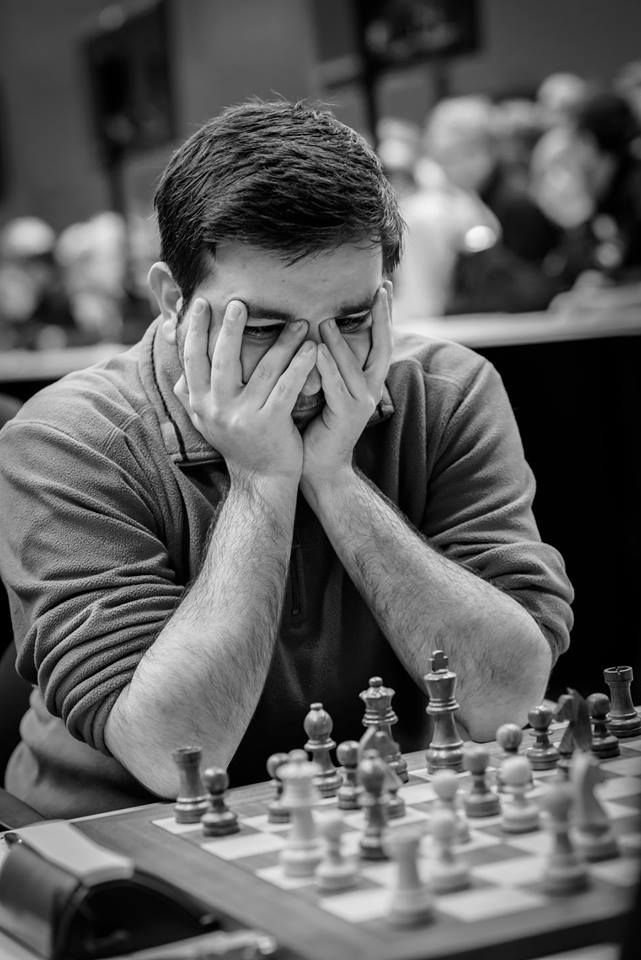 After a depressing loss yesterday, Adhiban faced co-leader Eltaj Safarli in the tenth round. The game, which began as a Trompowsky, was filled with ups and downs. But somehow Adhiban managed to get a good initiative. The result was unclear until Eltaj sacrificed an exchange for no concrete compensation. Adhiban ground out a win from that point onwards, although the game had many ups and downs right until the very end. Adhiban is now the sole leader. 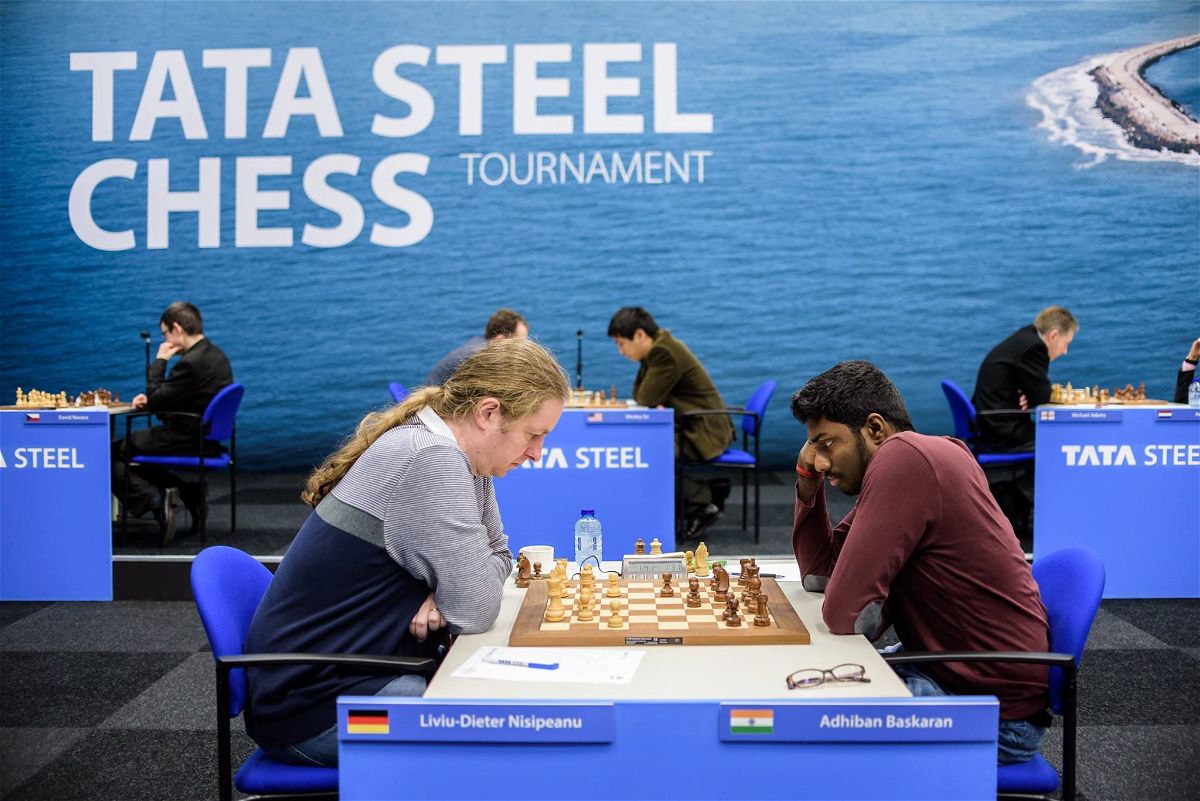 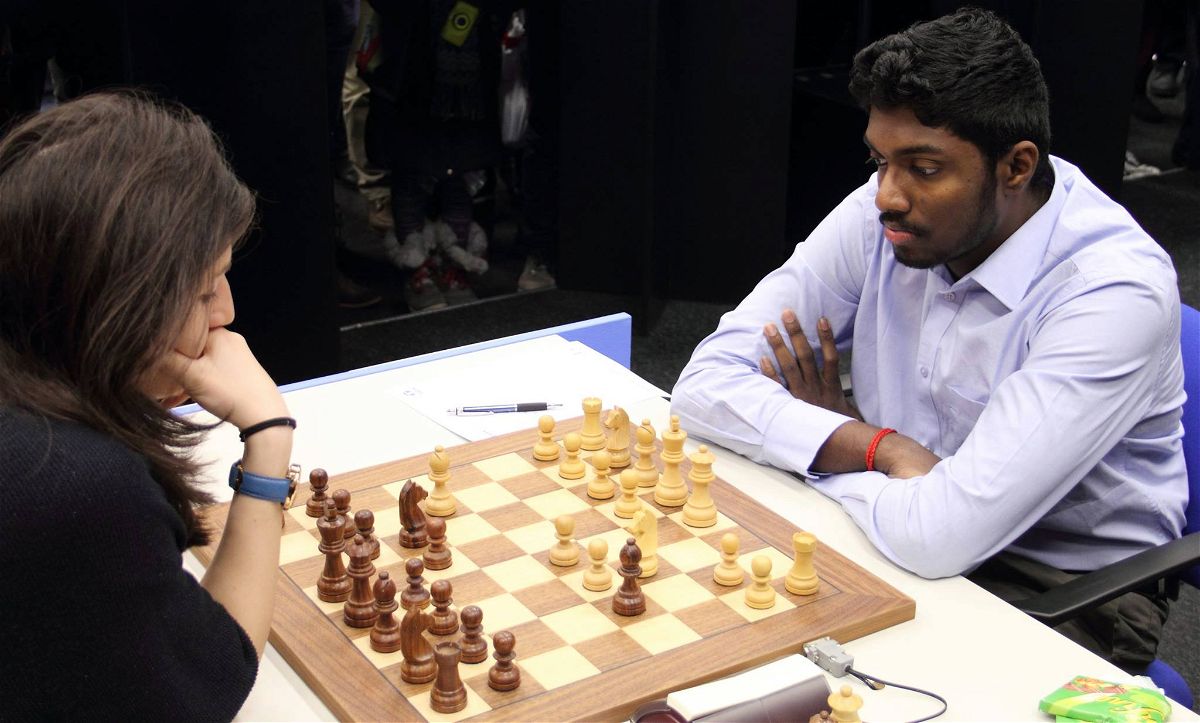 Just like in the game against Nisipeanu, Adhiban was also lost here. But true to his fighting spirit, he kept posing problems to Nino Batsiashvili, when the Georgian collapsed, couldn't find the win, and the game ended in a draw. With the last round to go Adhiban now shares the lead with Dreev on 8.5/12, with Safarli right on their heels. 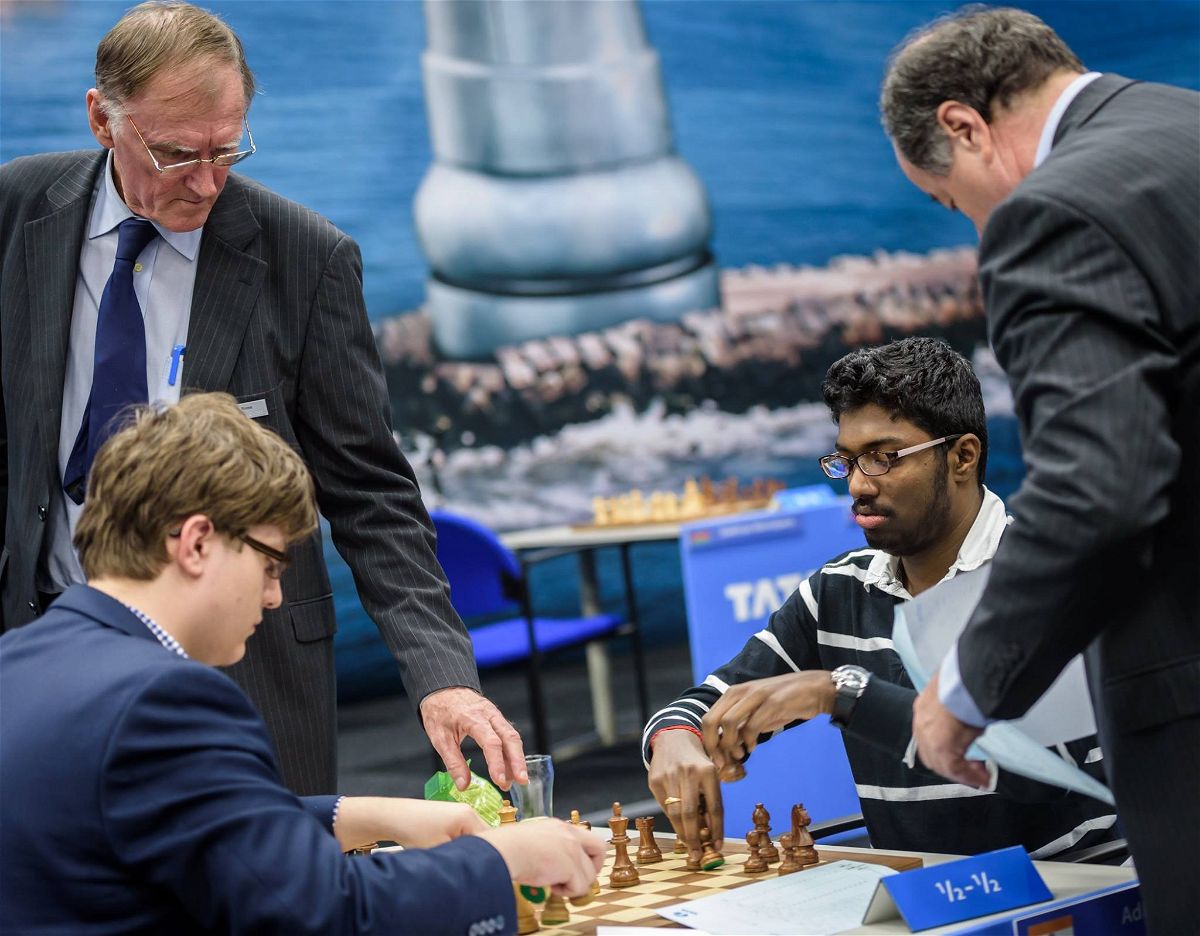 It all hinged on Adhiban's game against Samuel Sevian. Adhiban who had the black pieces was in a precarious situation. While a tie in points would be in his favour, he couldn't really play it safe because Dreev had excellent chances of beating his FM opponent. The Indian player needed to choose a fighting opening and he decided to go for the Najdorf against 1.e4. The game was quite complicated. Sevian even sacrificed an exchange, but Adhiban could trade pieces at regular intervals and reach an endgame where he had absolutely no chance of losing. When he saw that Dreev had drawn his game he decided to offer a draw, which was promptly accepted and the Indian lad had done it! Adhiban had become the champion!
Final Standings after 13 rounds 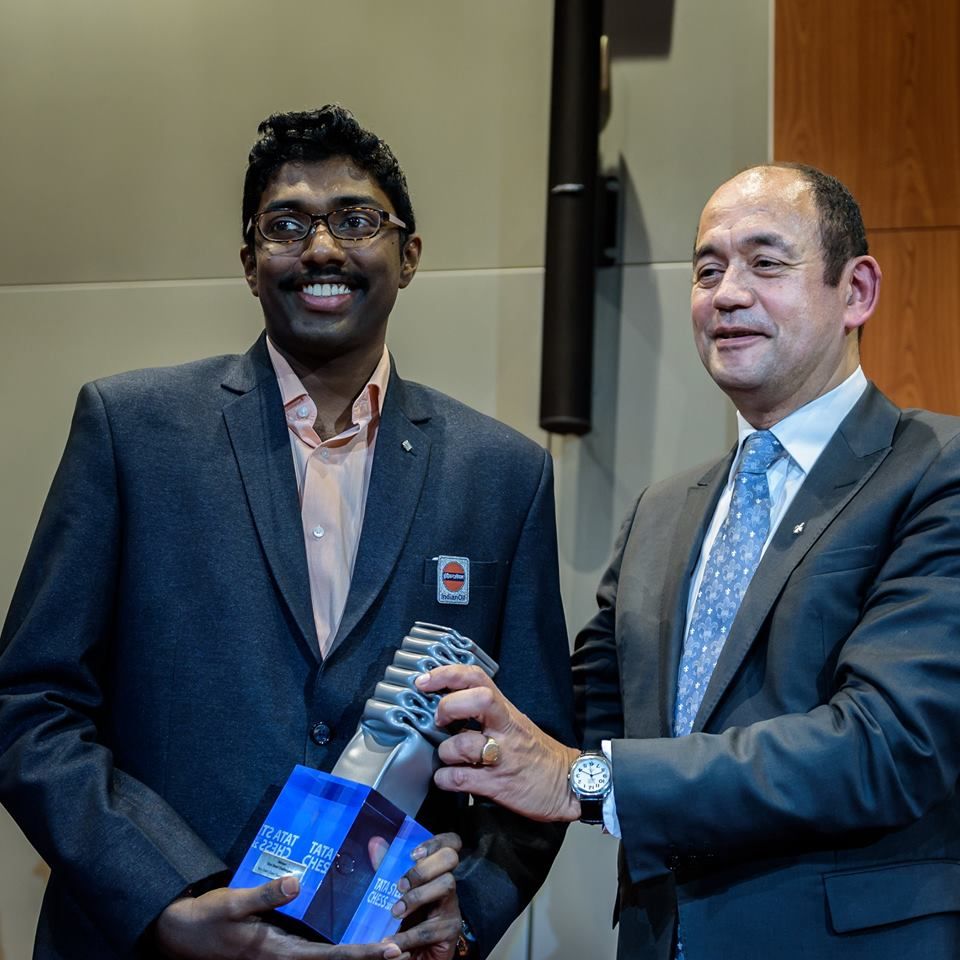 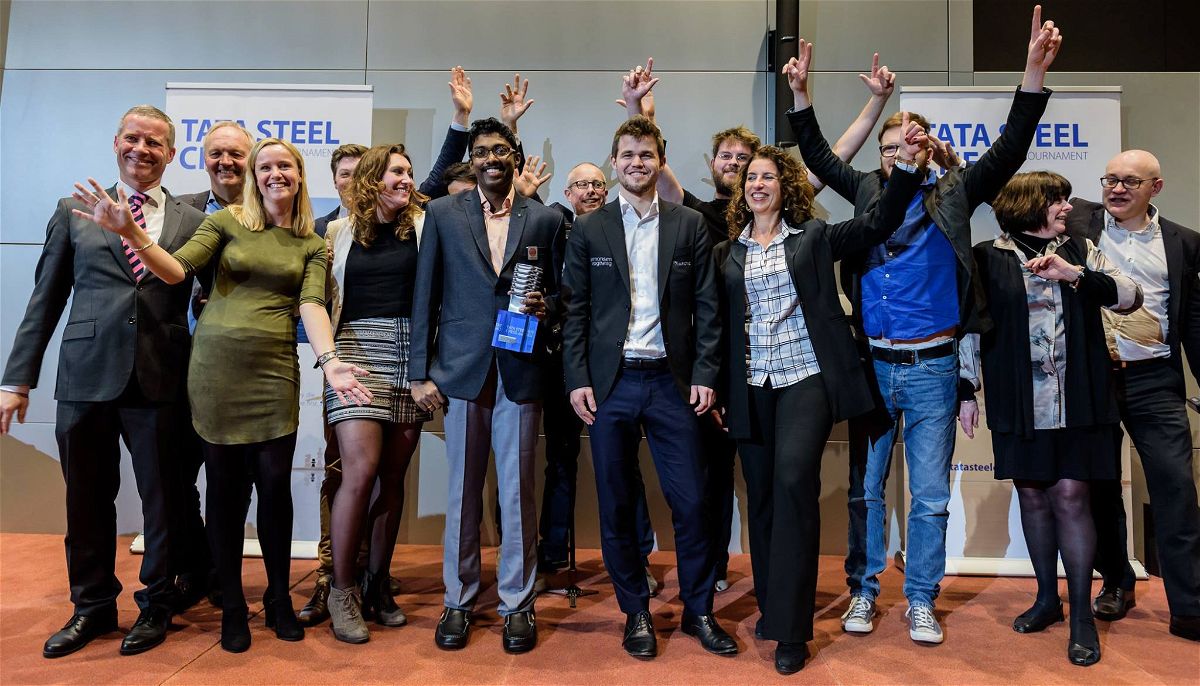 This victory has helped Adhiban to qualify for Tata Steel Masters 2017. ChessBase India congratulates the Indian lad for his wonderful achievement.