This was the third time Vidit was competing in the annual invitational tournament of Lake Sevan in Armenia. The first time he played, back in 2014, he had won the tournament. But the task looked a tad bit onerous after the drawing of lots. The tournament remained exciting until the very end, when in the penultimate round, Sevian overstepped the time-limit handing over the game and the tournament to Vidit Gujrathi.

The 2016 Lake Sevan International Tournament began in Martuni, Armenia. The tourney is a 10-player round-robin with an average rating of 2629 and a prize fund of $9200, that is, approximately Rs. 6,18,000. The time control is 90 minutes for the first 40 moves and 30 minutes for the rest of the game, with a 30-second increment from the first move. 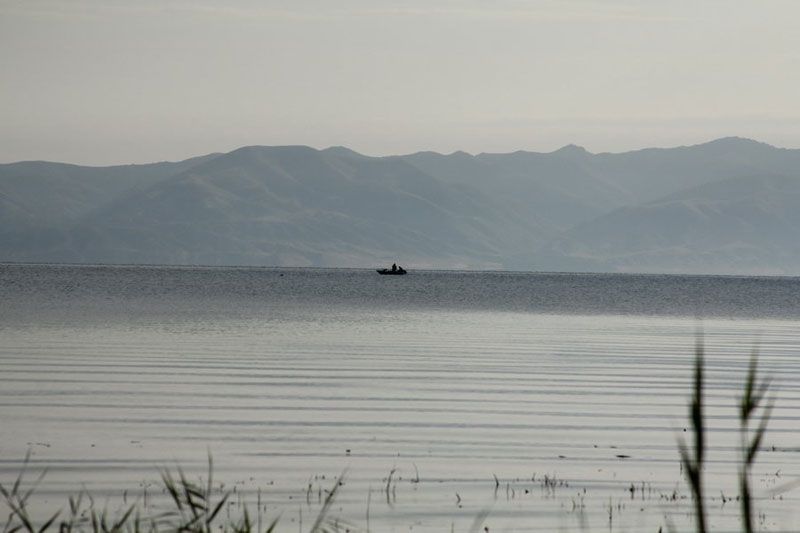 "I hadn't played a chess tournament for few months, so I was very eager to play some good chess," says Vidit when asked how he approached the tournament. "There was no strategy as such, but I wanted to avoid repeating my last years' mistakes."

This was the third time Vidit was competing in the annual invitational tournament. The first time he played, back in 2014, he had won the tournament. But the task looked a tad bit onerous after the drawing of lots. "I knew that I had 5 blacks and 4 whites, so it was not going to be easy." 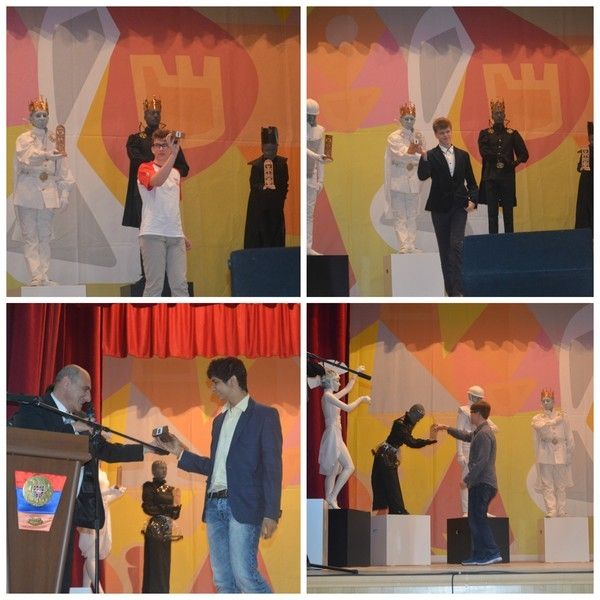 The opening ceremony and the drawing of lots

But pleasant memories from his previous outings did create a favourable atmosphere for him. Vidit began comfortably with a win in the very first round with the black pieces. "Of course, it is very pleasant to play in a tournament where you have good memories. And I think this positive vibe definitely helps the quality of play." 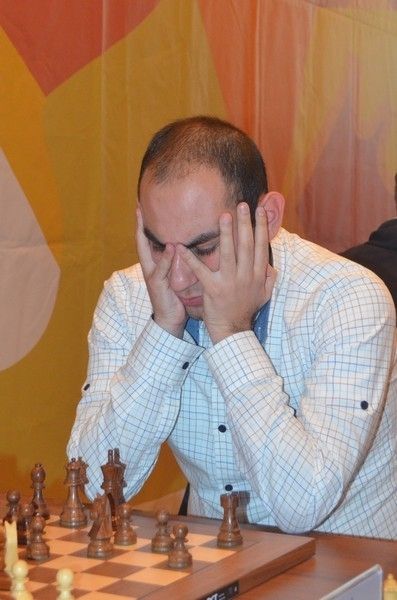 After the third round, Samvel Ter-Sahakyan, Vladislav Artemiev, Vidit Gujrathi and Jan-Krzysztof Duda were leading the table with 2.0/3. Vidit, though, settled for a draw in the fourth round. Ter-Sahakyan defeated Hovhannes Gabuzyan with the black pieces. 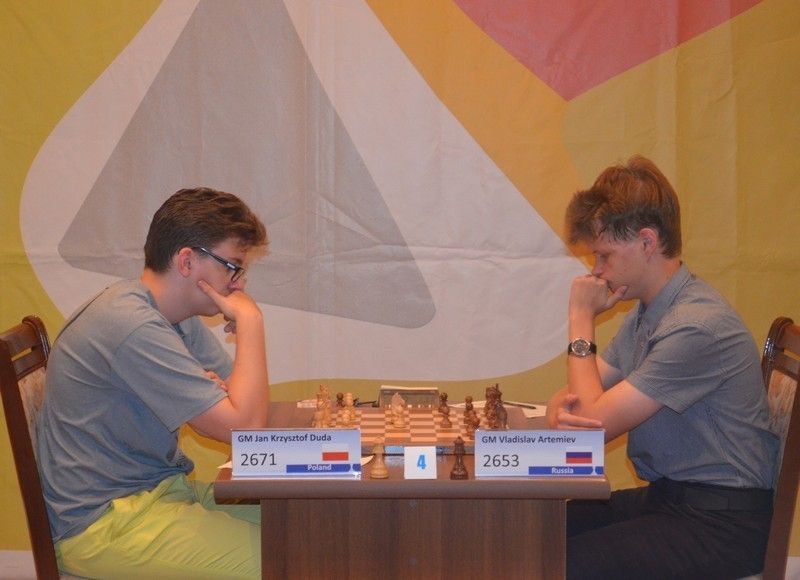 Duda vs. Artemiev, a clash between two young and exciting grandmasters

Artemiev and Duda, two young and exciting grandmasters, played a 99-mover. Duda gained a sizable edge, but a faulty queen trade meant that Artemiev could hold. The Russian, though, erred and Duda took the round. The young Pole now led the tournament with Ter-Sahakyan. 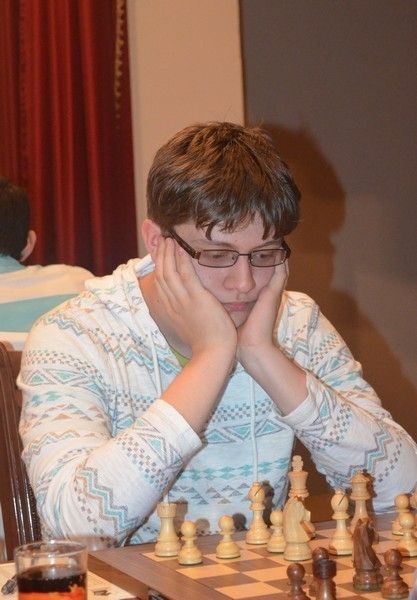 Not far behind the leaders, the youngest grandmaster in the world currently, American Samuel Sevian who has Armenian roots, sacrificed his knight in the eleventh move against Vladimir Onishchuk (2615). Sevian is known to have a brashly aggressive style of play, and this makes his games a treat to watch. 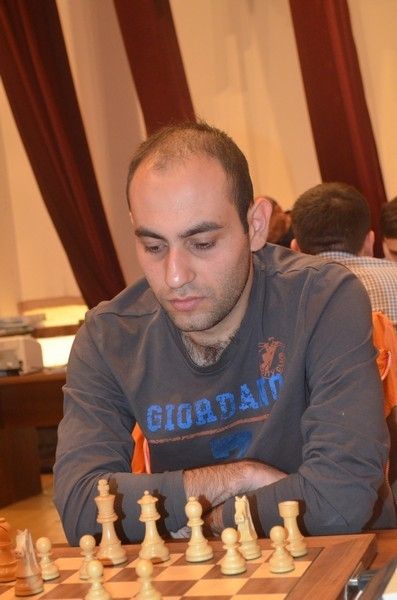 In the fifth round, Duda went down to Arman Pashikian, who was at the bottom of the table until then. 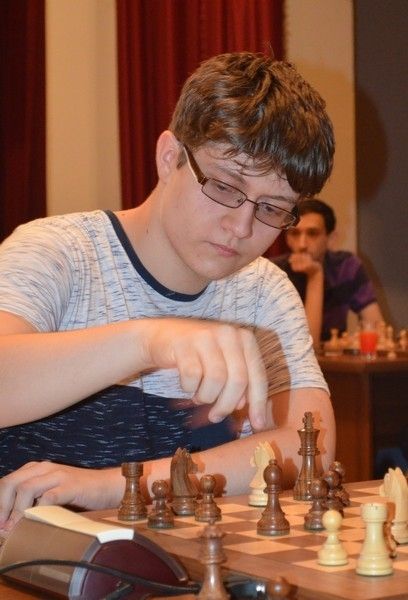 Ter-Sahakyan was pitted against Sevian, who was in the third place. The American managed to win a 103-move-long game. Thus, for the first time, the tournament got its sole leader. Sevian had scored 3.5/5, with three wins, and a loss and draw apiece. He settled for another draw in the sixth round with Anton David-Guijarro (2627). 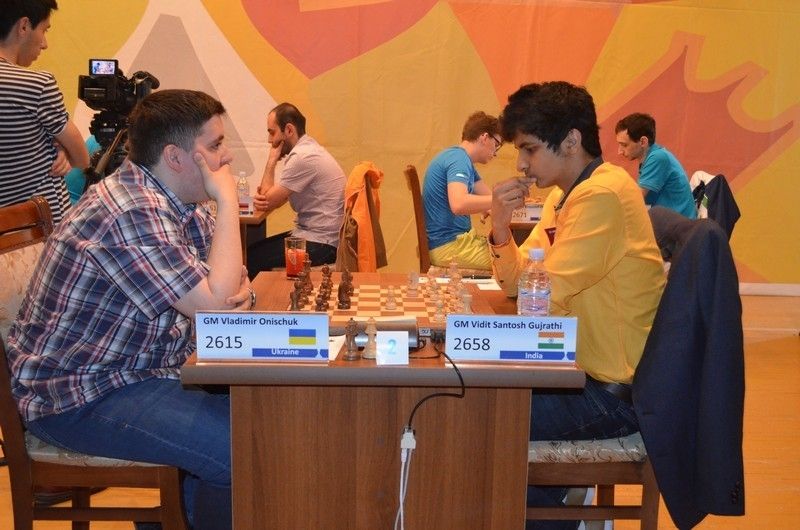 Vidit, who had been on a drawing spree after his first round win, came back to life once again, as he beat the tournament's punching-bag Vladimir Onischuk. Duda too won his game, and so, at the end of six rounds, Duda, Vidit and Sevian led the table.

Duda fell out of the race in the seventh round after he lost to Onischuk. Vidit and Sevian drew their respective games to enter the penultimate round as co-leaders, and as befits such a scenario, they were facing each other! 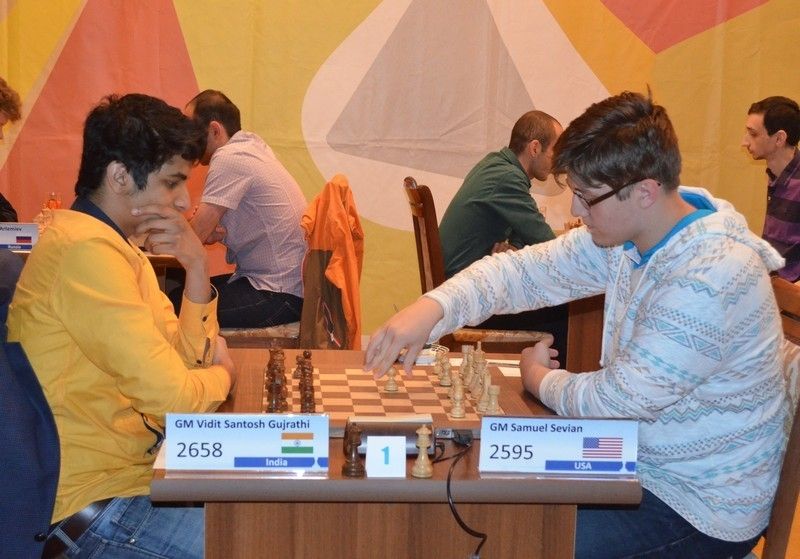 Vidit was clearly in the mood to fight with the black pieces. "I got double black for the game and he was playing good chess, so, I was aiming for a fighting position. I played a relatively rare line and got a decent position," he said.

Vidit got a stable advantage in the middlegame, but then he missed a knight move, then another move — this time a rook — and was just two pawns down. The exciting game that lasted for almost six hours saw an anti-climax in the end, when Sevian, two pawns up, lost on time!

No ChessBase prizes for guessing whose WhatsApp status this was...

Vidit adds: "Well, overall, I think the game was good — it was a long 5.5-hour game with very interesting and fighting chess. And definitely, one which will be the most memorable because of the rollercoaster of emotions experienced during it." 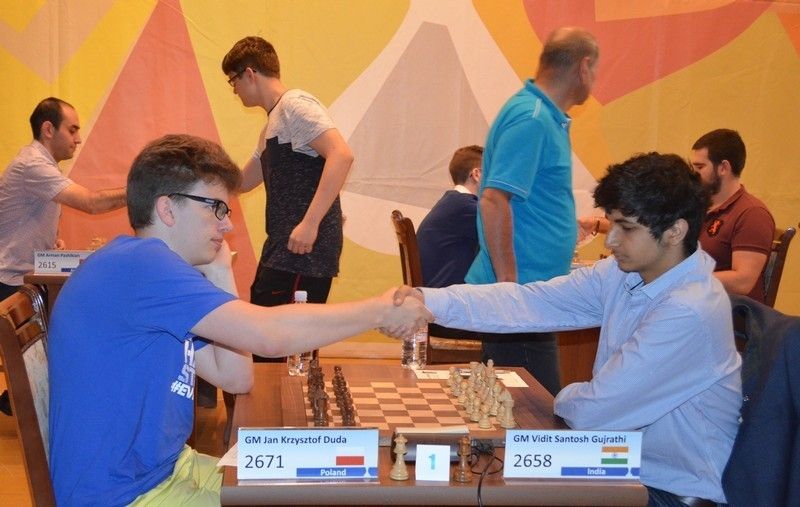 Last round: Duda vs. Vidit

All Vidit needed to do in the last round was hold the top seed Duda to a draw, which he did without any issues. He won the Lake Sevan 2016 tournament with 6.0/9. It did not matter that Russian GM Artemiev too scored the same number of points, but had to settle for the second spot on the basis of Sonneborn-Berger. 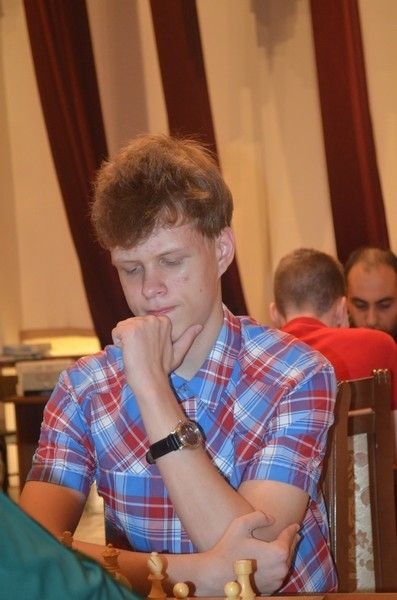 Artemiev cleaned up the tail-end of the field to take second place on the tie break.

The final round game by Artemiev was particularly interesting because, apparently, his opponent forgot about the dragon bishop!

Artemiev fought back well to tie for the first place with 6.0/9. The drama of the penultimate round left its mark on the tie breaks, as Vidit took the top spot, while the Russian phenom was second. Interestingly, one may note that Artemiev could have won the event clearly had the 3-1-0 system been in force, which was recently seen in Bilbao, where Magnus Carlsen won. 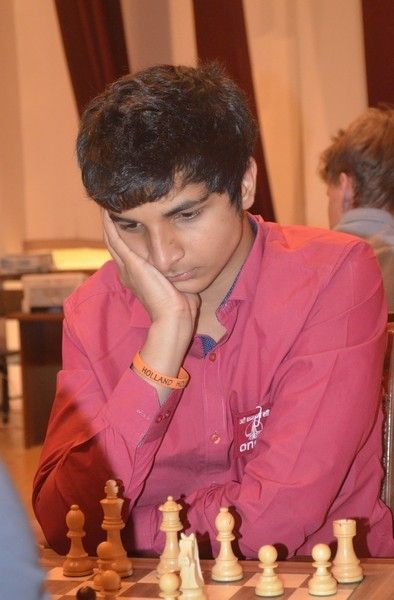 Anyway, Vidit won the tournament. Notice that 'Holland' hand-band? Well, guess why is he turning up as 'Oranje' these days? 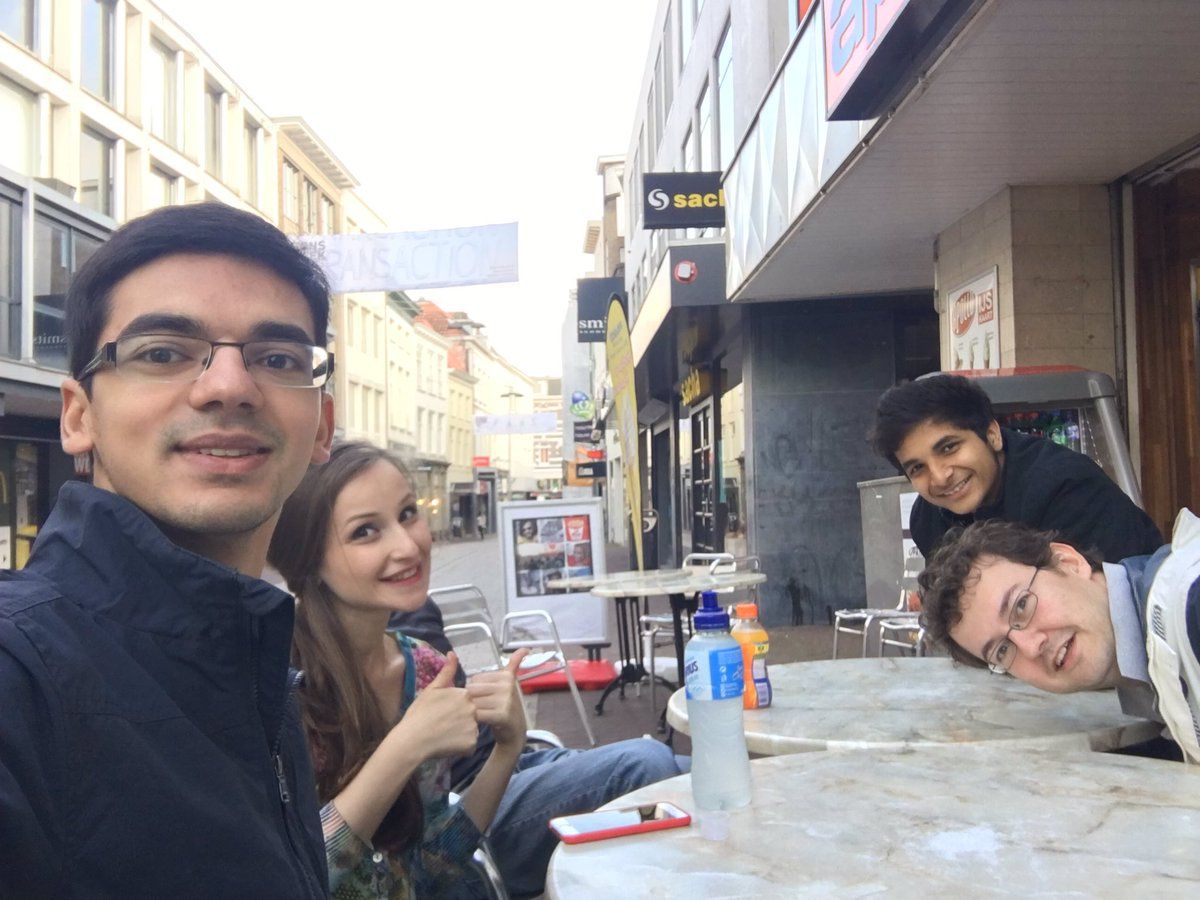 Vidit has joined the Oranje, led by Anish Giri.

Seconding an elite grandmaster speaks enough for your credentials as a strong theoretician, which Vidit is. In Lake Sevan 2016, his superior opening preparation was displayed in all its glory. Vidit said, "I don't think that's anything special nowadays. It's simply the current trend to mix up the openings." What effect has the work with Giri had on Vidit's results? "Unfortunately,  I can't tell anything about it." 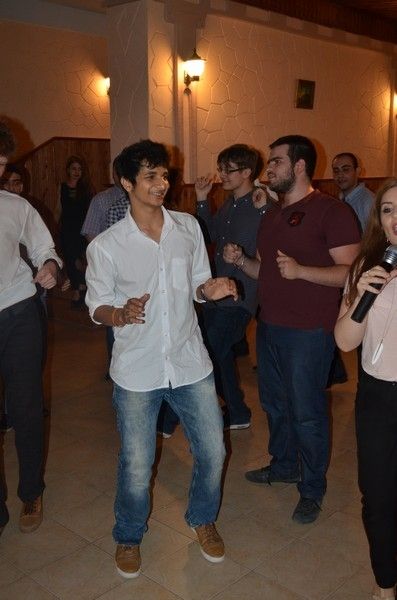 What is a tournament victory without a celebratory dance? 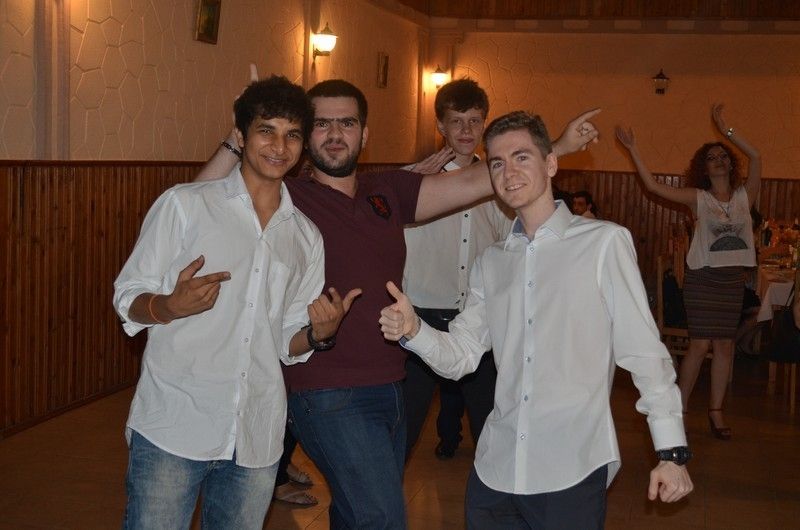 And what good is a celebration that is not shared with your friends?