The first Golden Knights Fide rating chess tournament was closely contested by many strong players from South India. Towards the end it became a close stuggle between four players: Ram S. Krishnan, R. Ashwath, M.Kunal and P.Lokesh. Ram S. Krishnan, former national blitz champion, won the event thanks to a better tiebreak. Professor Anantharaman has sent us an illustrated report and also explains us why Madurai has contributed tremendously to the Indian chess scene.

Ram S Krishnan won the tournament on a better Buchholz score, ahead of Ashwath, Kunal and Lokesh, who also scored eight points in ten rounds. Though Dusthageer Ibrahim from the host GKCA led from beginning to penultimate round, a loss in the final round to Lokesh put his hands away from the winner’s trophy. 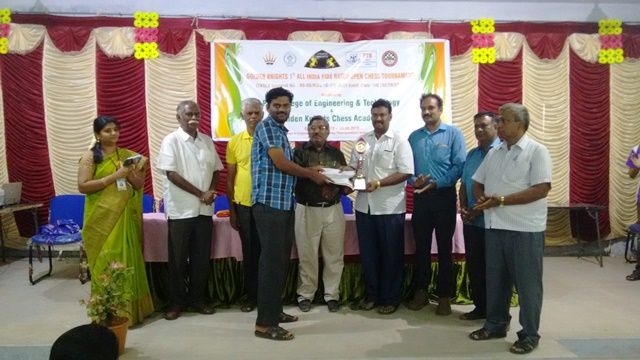 Ram S Krishnan with the trophy 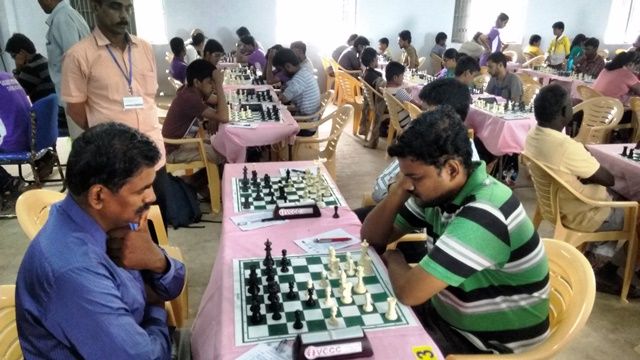 Ram S. Krishnan’s win over IM R. Balasubramnaian was crucial for the former to win the title 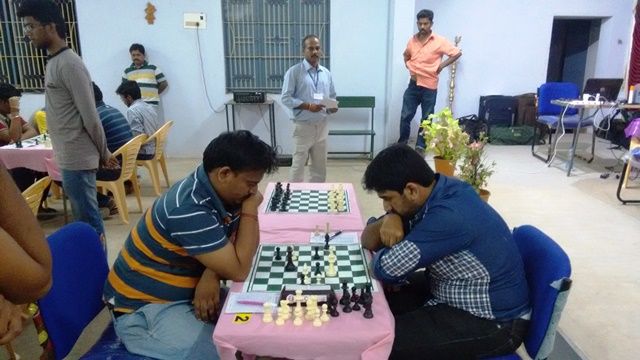 Former national Sub Junior champion R. Ashwath upset Saravana Krishnan in the ninth and penultimate round to put himself in contention for the title

V. Karthik bounced back to join the lead with Dusthageer by beating N Surendran in the sixth round. The crucial encounter in the seventh round between the leaders ended in a draw, enabling Ram S Krishnan, IM R. Balasubramanaian and S. Prasannaa of Tamil Nadu to join the leaders with six points each. 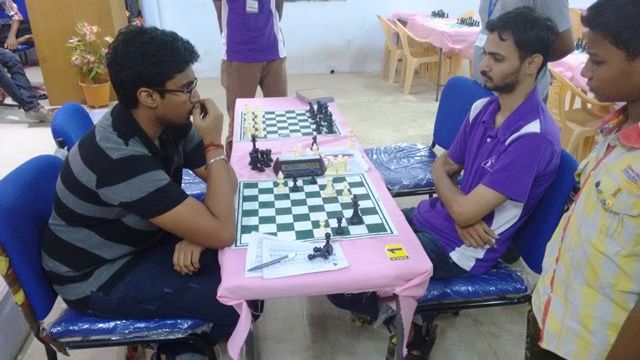 With an extra minor piece, Karthik tried hard to beat Dusthageer but the latter defended stoutly 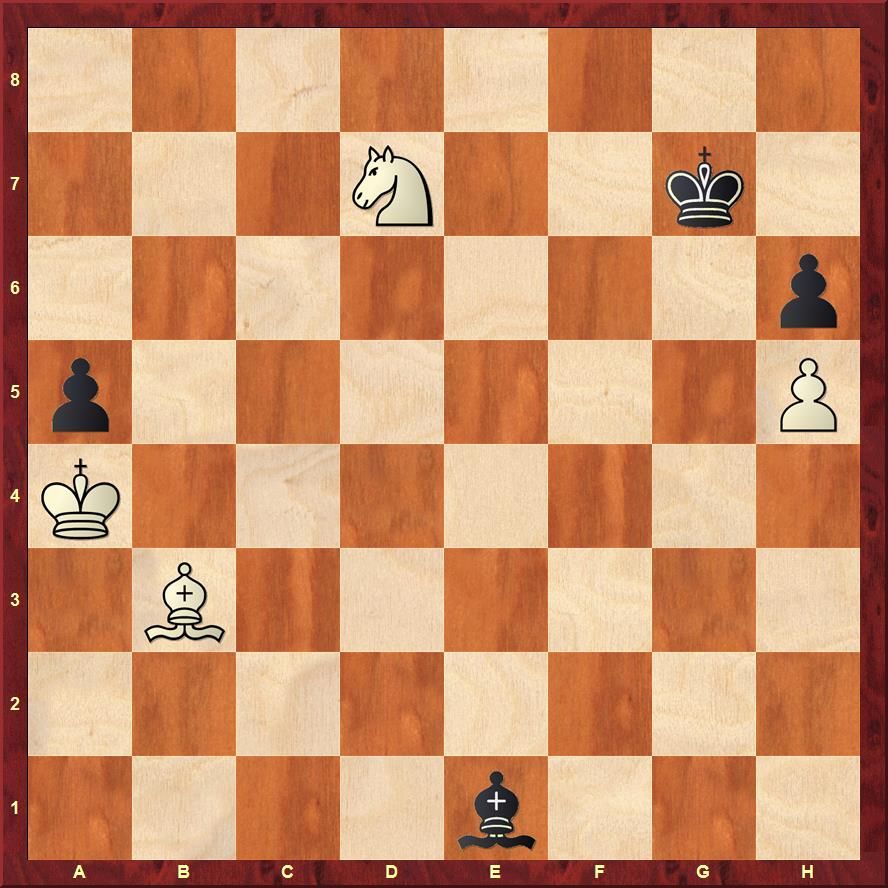 This is a fortress because the knight cannot take the pawn on a5, because the bishop would take the knight and we would be left with a wrong coloured bishop. And in general it seems impossible to make progress.

Hard fought wins by Dusthageer and Ram over Karthik and Balasubramanian respectively helped them to keep the lead after eight rounds. Aswath jolted Saravana Krishnan in the ninth and penultimate round to join Dusthageer and Ram at the top with 7.5 points each. Ashwath and Ram settled for a quick draw and Dusthageer lost to Lokesh, leading to a four way tie between Ram, Ashwath, Kunal and Lokesh. Ram S. Krishnan pipped Ashwath by half a Buchholz point to clinch the title. 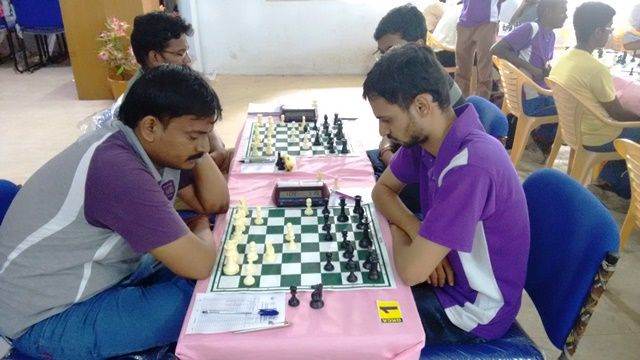 Dusthageer drew with Saravana Krishnan to keep the lead 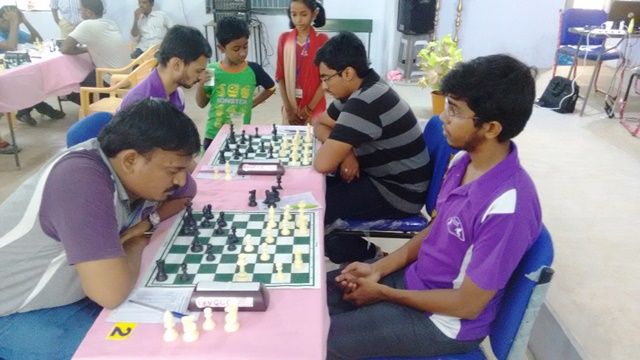 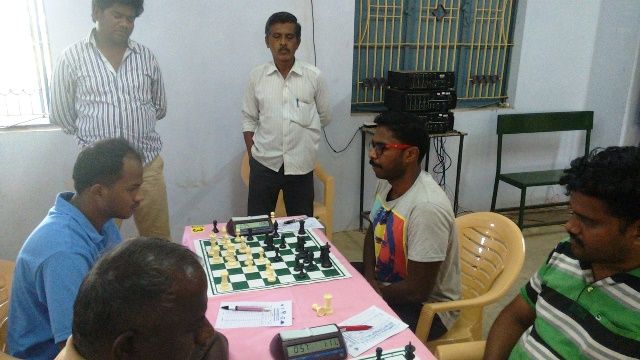 M. Kunal needed just one rating point to become an IM about a year back. Now he is down to 2302. But for sure he will be an IM soon. Here, he drew with Sa Kannan. 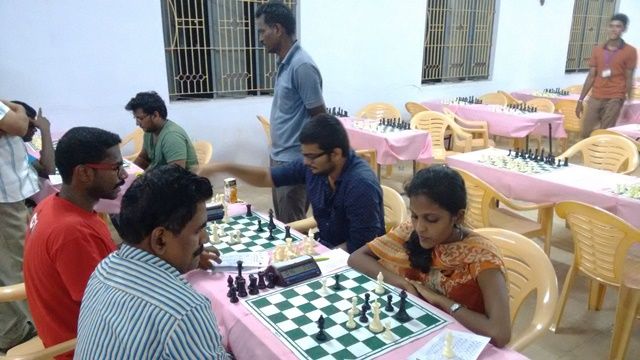 IM R Balasubramanian put himself in a good position after beating P. Sangeetha in the ninth round

Madurai, popularly known as city of Temples, houses the famous Meenakshi temple, which was a strong contender for the World’s new seven wonders recently. 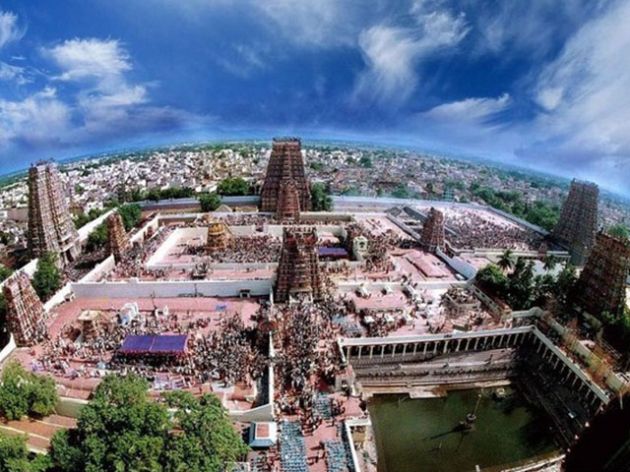 Nayakkar Mahal, built in 1636 AD is a standing testimony of the architecture prevailed in Tamil Nadu about 500 years back. The central courtyard measuring 42000 sq.ft, surrounded by massive pillars is a treat to watch. 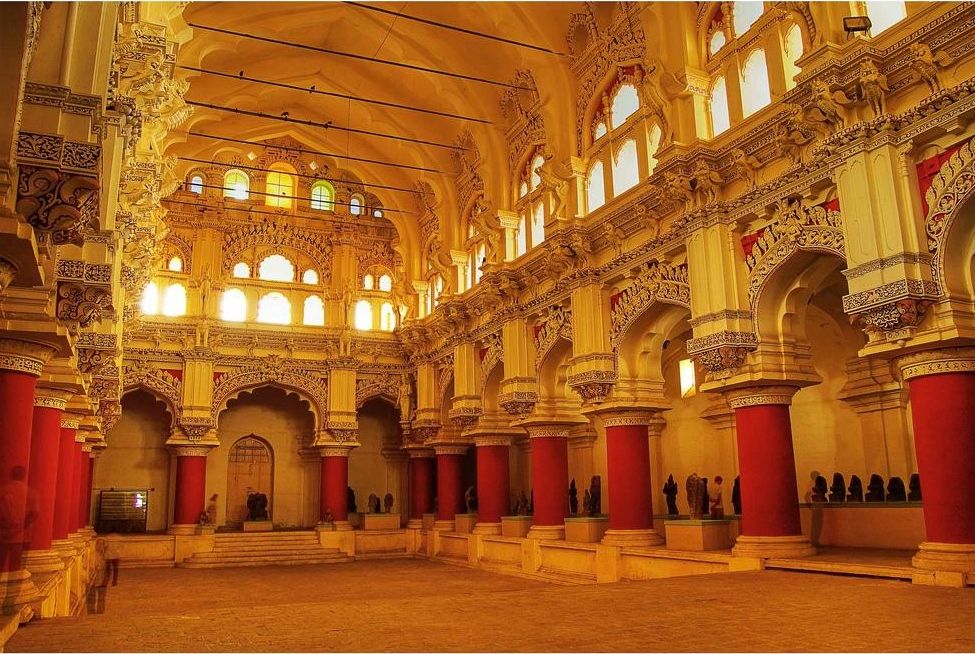 The historical Madurai has now become a chess hub. Madurai Mapillai Vinayagr chess tournament and Palani Vijayakumar Mills tournament (in the then Madurai district) were the only two tournaments regularly conducted in 70s in India. Former Tamil Nadu state champions OLV Rajaram, veteran TV Subramanian (still actively playing at the age of 80) started the chess culture, which was picked up by several players – S. Rengarajan of LIC is the first player from Madurai to participate in National A Championship. 90s witnessed a mushroom growth of chess in Madurai, which produced many state and national champions. It became a chess factory, producing GMs (Magesh Chandran P, Deepan Chakkravarthy and K Priyadharshan, who will be a GM in September 2016, IMs BT Murali Krishnan, S. Poobesh Anand and C Praveen Kumar and WIM S. Kasthuri, S. Ganesh Babu, who is running the GKCA is not only a player with a rating above 2000, but also an international arbiter, good coach and an efficient organiser.

Rathinam Anantharam is an A grade international arbiter. He is the