For the third time in Karnataka, State Under 15 Open Chess Championship was held as a rated event and this year even the Girls category was FIDE rated! Swara Lakshmi and Jagadish P won the championship in girls and open category respectively. There was a four-way tie in the open category with 7.5/9 points each, which was won by the top seed Jagadish P with better buchholz score of 54.5. On the other hand Swara Lakshmi remained unbeaten throughout the 9 rounds to clinch her maiden title in the girls category. Mr. Nagendra Muralidhar who is the director of the Mysore Chess Centre sends us a detailed summary of what happened at the event.

All photos provided by Nagendra Muralidhar

Swara Lakshmi Nair, who started as 21st seed with an elo of 1177 in Under 15 Girls category showed consistent performance in all 9 rounds by standing unbeaten to clinch her maiden title. When the final round results was declared she was tied with Commonwealth U8 Girls Champion WCM Shefali A N and Deepthi Lakshmi with 7.5/9 points each. But Swara Laksmi was one point ahead of Shefali's Tie break score with 50.5 which helped her to emerge victorious. She has also raised her FIDE rating by 136 points!. 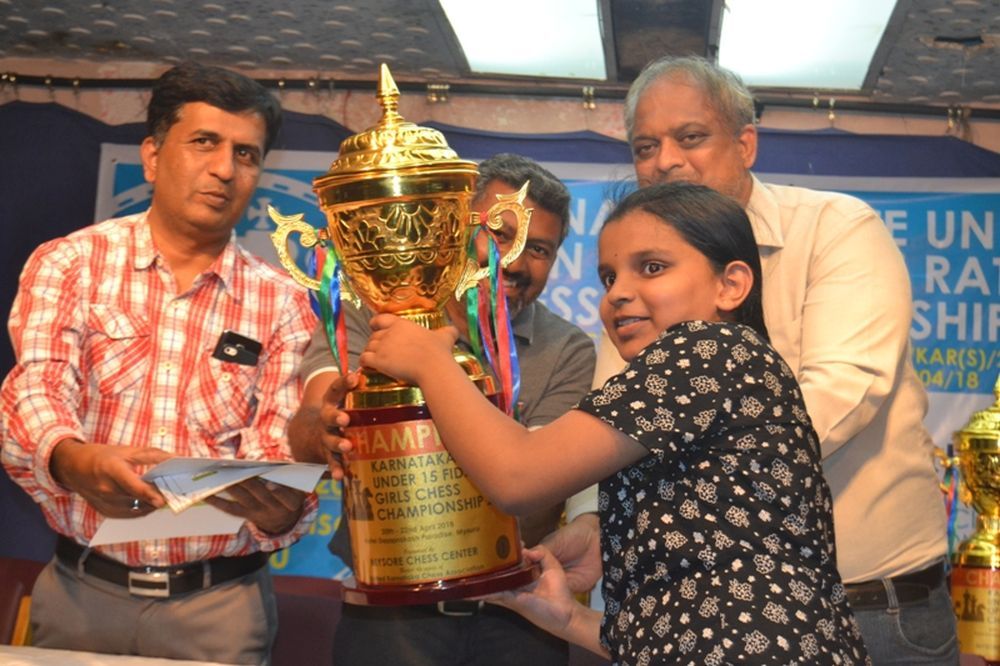 In the open category, Jagadish P was the top seed with a FIDE rating of 1894 and he was joined in the race by Arhan Chethan Anand, Shree Krishna Pranama and Rakshith Srinivasan for the title. All the 4 players scored 7.5/9 points each but with better buchholz score of 54.5, Jagadish P became the champion by drawing his last round game against Kalki Eshwar. 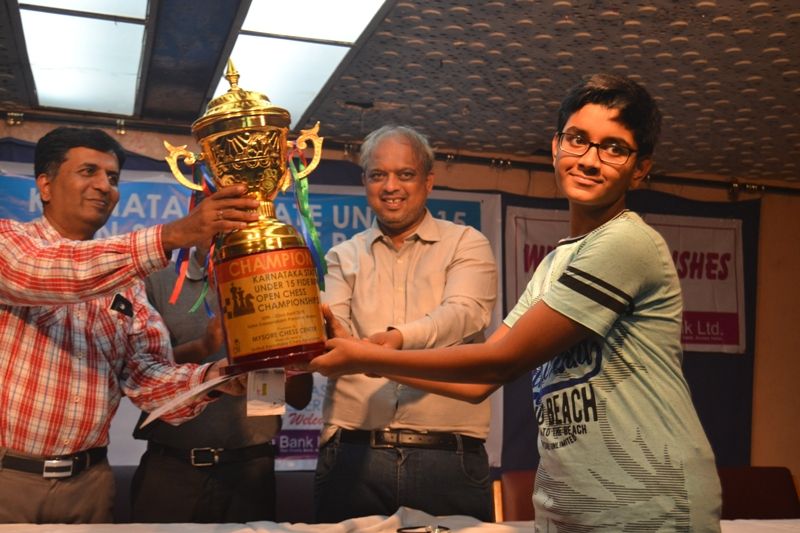 The harder you work the more luckier you become! Jagadish P proved why he is a top seed by becoming the Champion of the open category 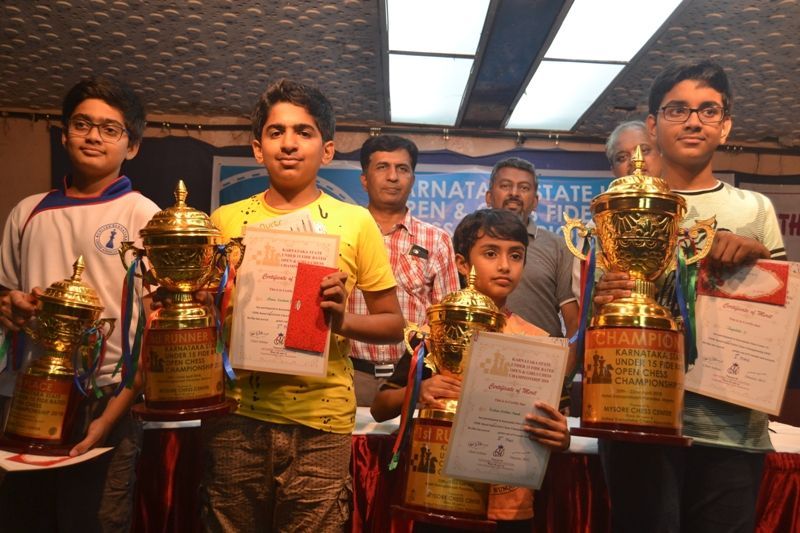 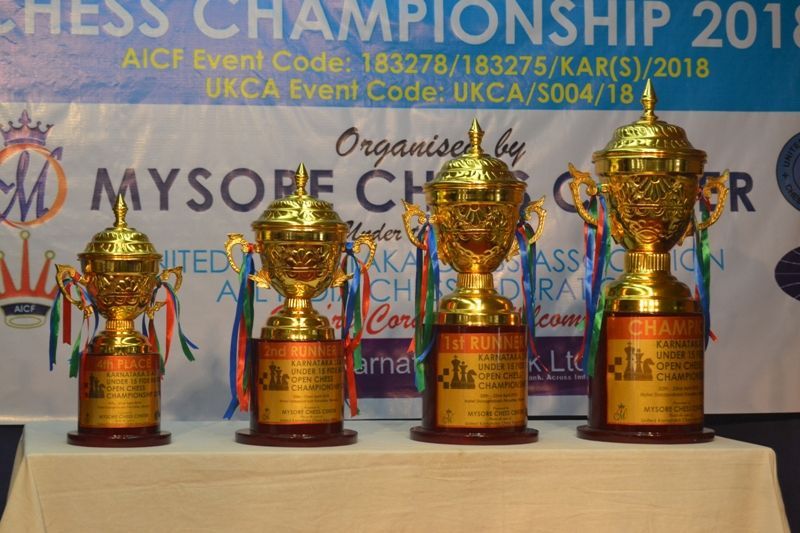 The beautiful trophies have some resemblance with the trophies of the IPL!

The championship was organized by Mysore Chess Centre under the aegis of United Karnataka Chess Association from 20th to 22nd April 2018 at Hotel Paradise, Mysuru. The FIDE Rated event attracted a record setting 360 chess enthusiasts from all over Karnataka. 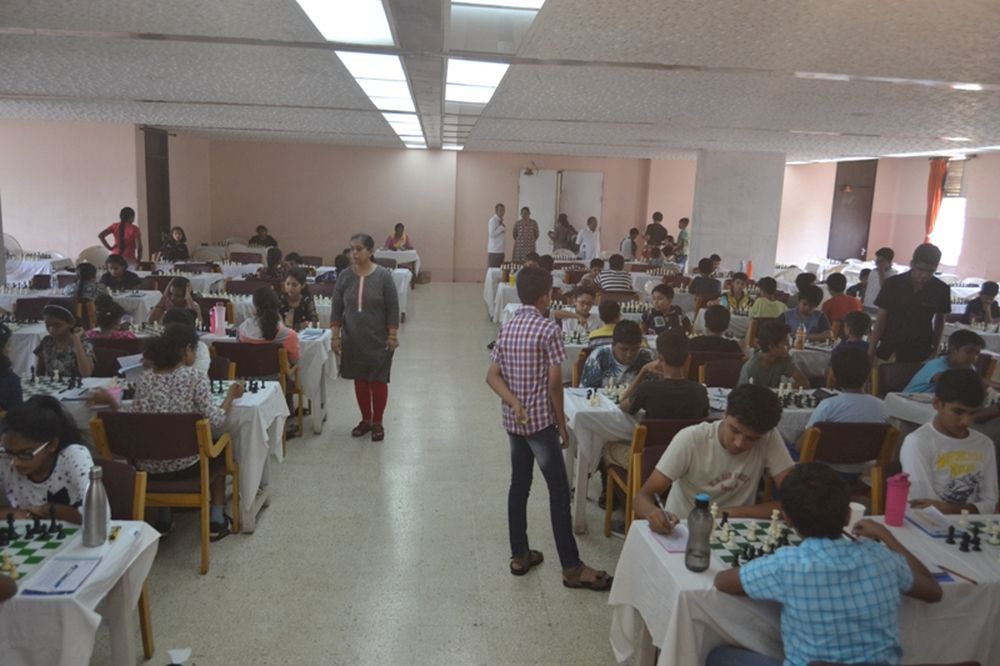 The arena where all the action took place!

Kavyashree Mallanna, founder director of Celestial Minds, USA inaugurated the tournament along with Mr. Sriram, Director of GSS Properties and Girish M of Chickmagalur District Chess Association. Out of 135 girls participants, 44 were rated while in the open section with a total tally of 229 participants, 89 were rated. 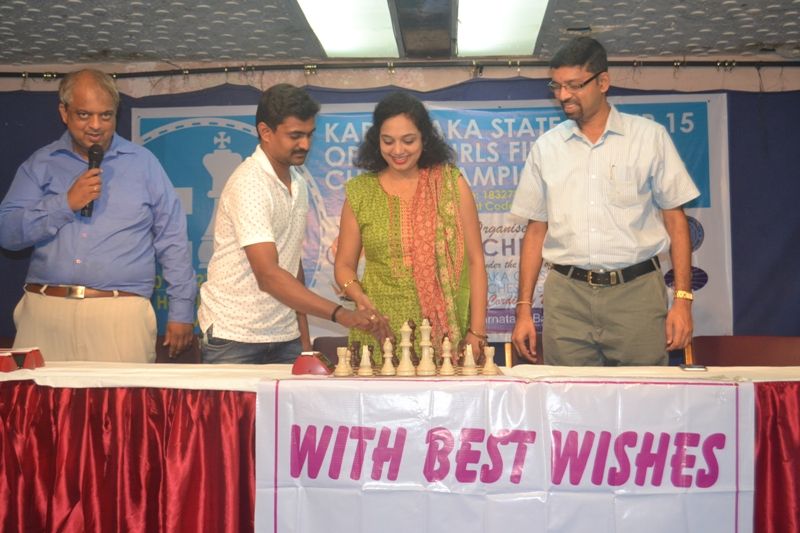 Kavyashree Mallanna has been a player and a coach for the past 3 decades and she is also the highest rated female chess player in New Hampshire!

Here is a game by the 8th Seed Arhan Chethan Anand who finished runners-up in the open section surprised everyone by defeating tourney's second seed Keshav Kothari in the 6th round. Arhan playing with black pieces choose to decline the Queens Gambit against his opponent and had a brilliant victory. He also split the point with Jagadish P, Shree Krishna Pranama and Rakshith Srinivasan in 7th, 8th and 9th rounds respectively.

Here is one more game of the final round of girls section where Swara Lakshmi had an easy win over Anya Seth Syed. Playing Sicilian defense she crushed her opponent in just 36 moves.

FIDE Arbiter Mr. Karthik R served as the chief arbiter of the championship with his deputies being FA Somanath Krishnarao, NA Lakshmi N, FA Raghavendra M V and FA Babita B. The event was supported by Karnataka bank, Rotary Club of Mysore and Nurtr. 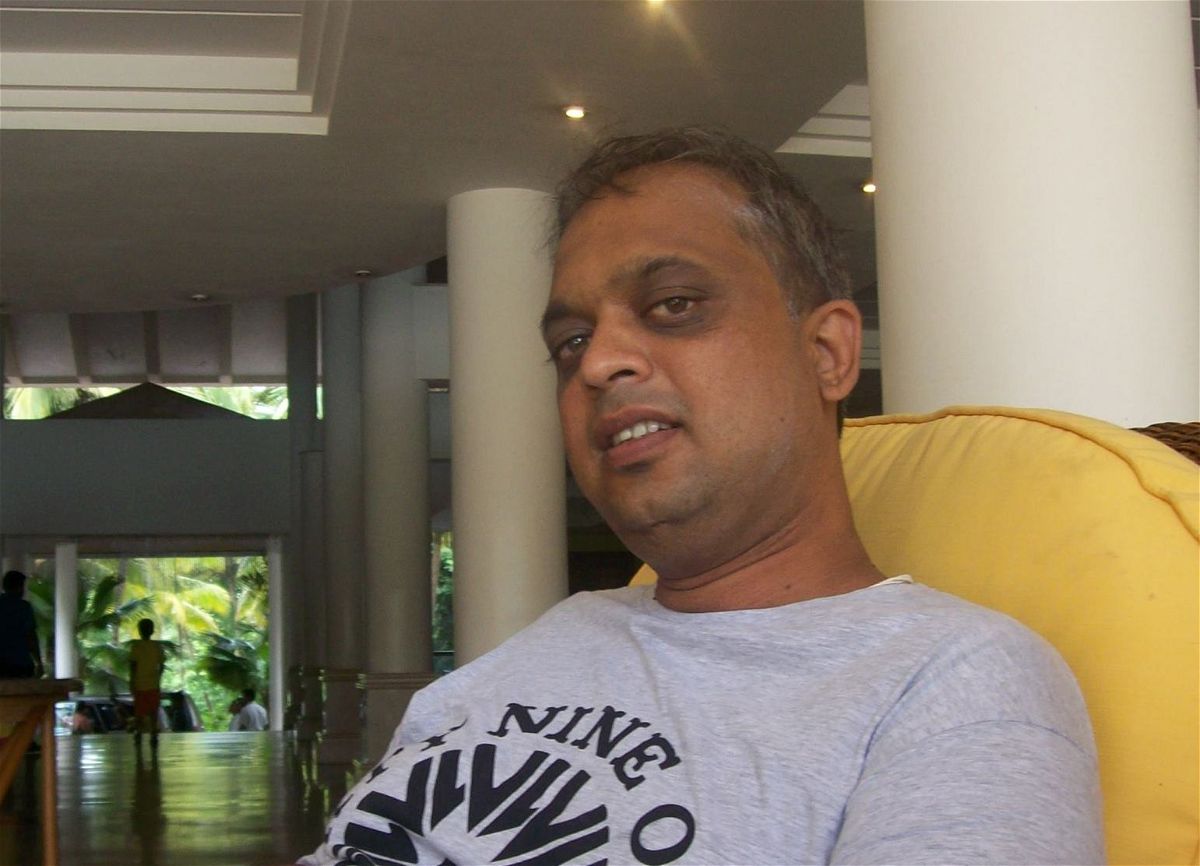 Nagendra Muralidhar is the director of the Mysore Chess Centre. He is a keen chess lover and one of the biggest promoters of chess in Karnataka.