Yesterday, we reported on the cheating scandal that took place at the Dubai Open 2017 where and Indian chessplayer Jeel Shah was caught cheating red-handed by the arbiters. Today, we have a detailed report narrating the entire story from Dubai, along with comments by various victims of the cheater, including titled players. Also, you will be shocked to know Jeel Shah's profession. Report.

We reported previously about the incident where Surat-based Indian player Jeel Shah was caught cheating in the third round of the Dubai Open 2017.

Jeel Shah, who has a standard FIDE rating of 1764 and seeded 192nd out of 213 players in the tournament, caught the arbiters’ attention because of suspicious behavior during his game against 14-year-old Dushyant Sharma of India.

After closely monitoring his actions, International Arbiter (IA) Mahdi Abdul Rahim, the tournament’s chief arbiter, summoned Shah to the arbiter’s office for an inspection, where he was found to be hiding a mobile phone under the sleeves of his shirt. Shah refused to comply with the arbiters’ request to turn the phone on to check if it was being used to run a chess program, prompting tournament officials to expel the Indian player from the tournament. 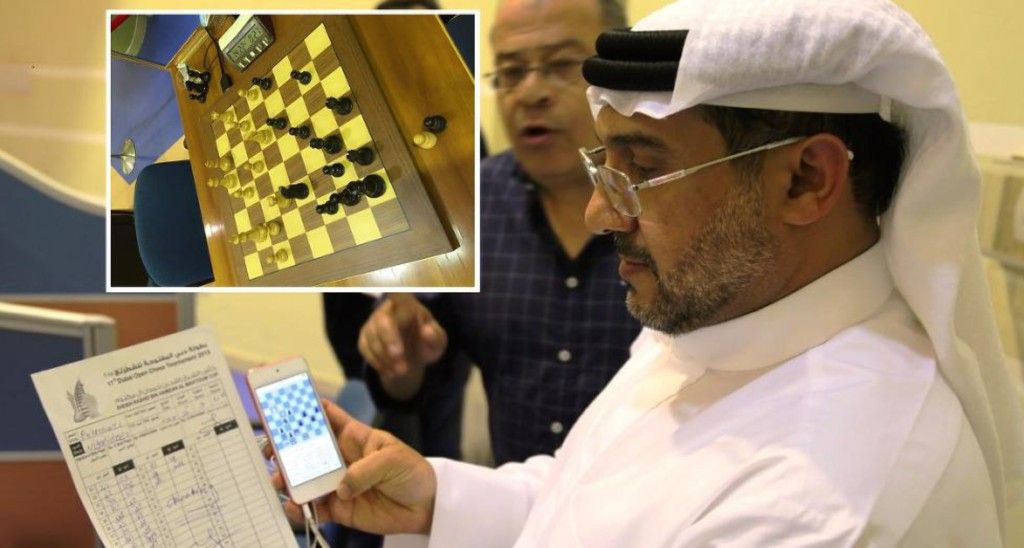 Incidentally, this is not the first time IA Mahdi Abdul Rahim has been the star of the show. Rahim had also caught two-time Georgian champion GM Gaioz Nigalidze cheating in Dubai Open 2015! [Photo from Dubai Open 2015 by Amruta Mokal]

Our report generated a wide range of reactions from players, particularly those who played Jeel Shah in Indian tournaments.

"Goa, Sept 2015: The only time you wake up 15 minutes past the start of the round. (God telling you to go back to sleep instead of facing what's ahead) You make it somehow to the tournament hall with an hour and 5 minutes in your clock. Your opponent is rated 1550. You expect to crush him within a couple of hours and go home. And within two and a half hours of such a stunning positional grind, you find yourself resigning in a hopeless position with equal material, when you have 30 seconds on the clock and your 1550 rated opponent has one hour and 26 minutes! Having never lost in such a way, you complain to the arbiters and they do take notice, but the guy gets away with another victim in the next round. Noticing my complaint, the next day he's an exchange and piece down in 11 moves! And one and a half years later, he's finally caught. Tough to imagine how many people had a whole tournament spoiled thanks to one person with no moral values. Don't know what satisfaction people get by using assistance during a game. They're just depriving themselves of the joy of beating a strong opponent."

But an even more notable episode occurred at the Hyderabad Open 2016, held in December of the previous year. 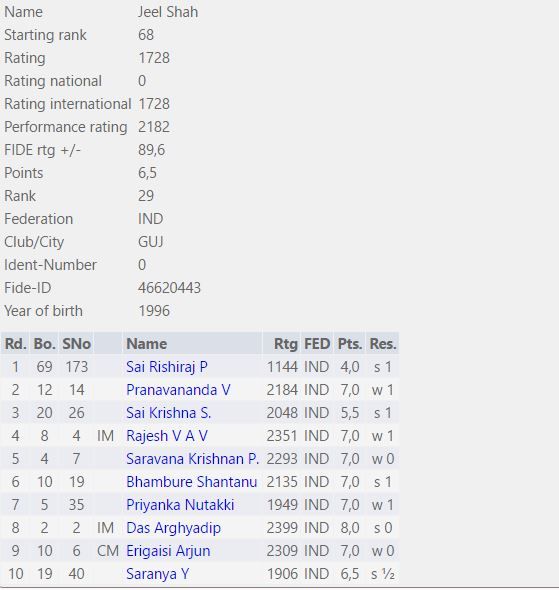 International Master Arghyadip Das, who played Jeel Shah in this tournament, told ChessBase India,  "In a critical game, I had only 10 minutes left while he had spent only 10 minutes until then! His moves were excellent. Okay, he can play those moves but not so quickly. After I complained to the arbiter, he slowed down considerably. The game eventually was drawn from a completely hopeless position for me. After the game ended, the arbiters checked Jeel Shah's bag and found a mobile phone switched on, in silent mode."

Notably, Jeel Shah had absolutely crushed IM VAV Rajesh earlier in the tournament. The cheater was also wearing a shirt with noticeable sleeves and jacket. 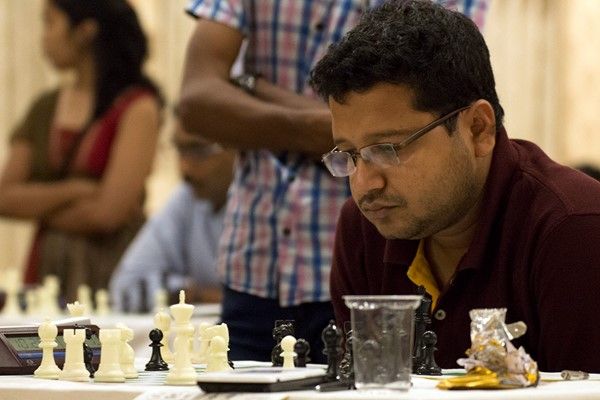 The arbiters awarded the point to Arghyadip but did not suspend Jeel Shah from the tournament. Their explanation is that since they could find only a mobile phone, and that too in a bag, they could not ban him. The officials dutifully filed a report with the AICF detailing the incident.

Immediately after this tournament, Jeel Shah participated in the 2nd Mastermind Open in Chennai in December 2016. In this event, Jeel withdrew after five rounds because the arbiters got suspicious. The Dy. arbiter of the event Mr. Palaniappan Kasi said to ChessBase India, "I could clearly see that his activities were not normal, so I monitored him. With some of the organizers and well wishers, we watched him continuously, but we couldn't find anything, and due to our vigil, he couldn't do anything. So he withdrew."

Going back to the Hyderabad incident, Arghyadip told us, "He works as a chess coach and has an academy in Surat (India). While the arbiters were searching his bag, they found so many visiting cards..."

It is time that we clean up Indian chess of these cheaters who are harming our beautiful game. They play chess and loot their opponents, and on top of it, they even work as chess coaches, teaching young children, and bring more disgrace to the sport.