Out of the 133 participants at the Chess.com Isle of Man international, 26 are Indians! The tournament is really a strong one as 48 grandmasters led by Fabiano Caruana, Hikaru Nakamura and Wesley So take part in this event. The Indian challenge is led by Vidit Gujrathi. The first round witnessed a few upsets as Harsha Bharathakoti drew his game with solid play against Peter Leko, while Parnali Dharia was able to hold Mihail Marin. Pictures, analysis and interesting information in our Round one report.

The chess.com Isle of Man International 2016 is being held from the 1st to the 9th of October in the island of Isle of Man. As the Qatar Masters Open 2016 will not be taking place this year, we can safely say that this would be the last "super-open" of the year.

The Isle of Man is a self-governing British Crown dependency in the Irish Sea between England and Ireland. It’s known for its rugged coastline, medieval castles and rural landscape, rising to a mountainous center

Chess enthusiasts from 34 nations make up the 133 player field. And guess which country has the highest number of participant at the event? Of course, it's India with a 26 player contingent. One of the main reasons why so many Indians have flown a total distance of 9250 kms is... 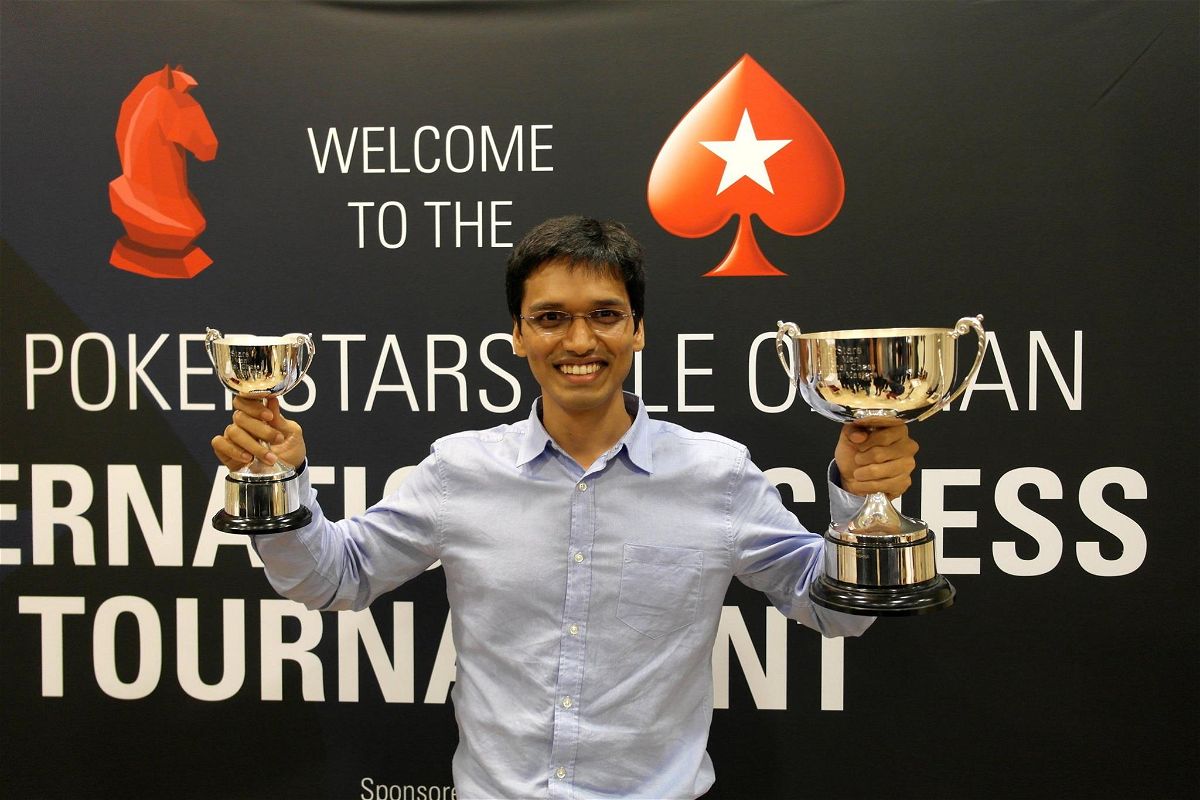 Participation of three super-elite grandmasters has made this event one of the strongest open tournaments in the world. 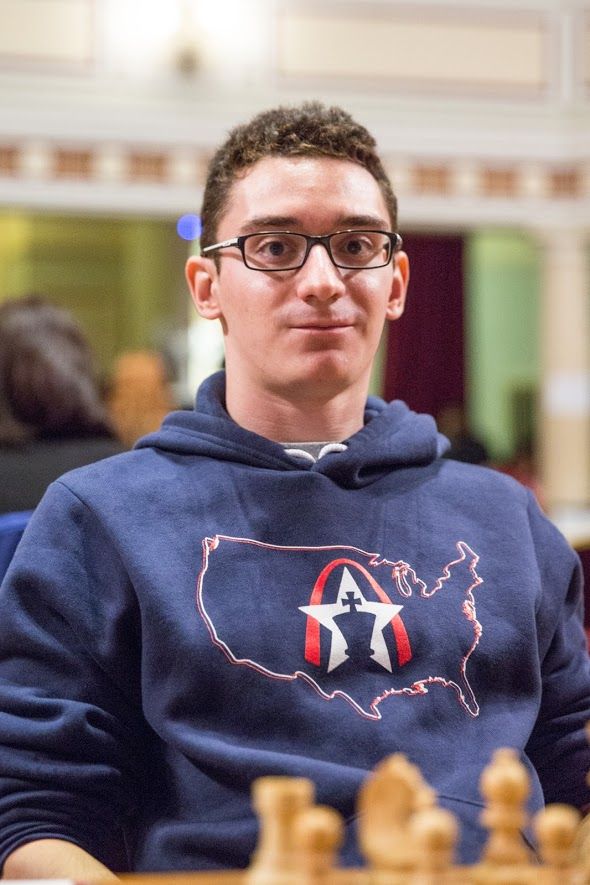 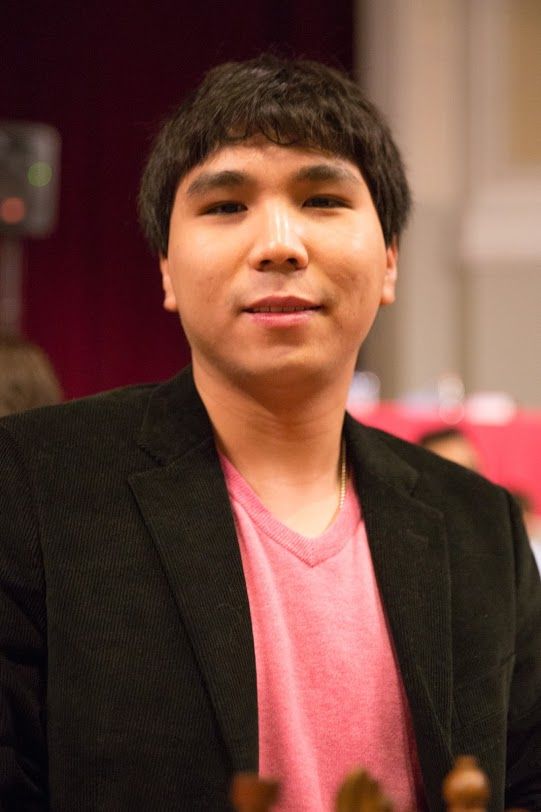 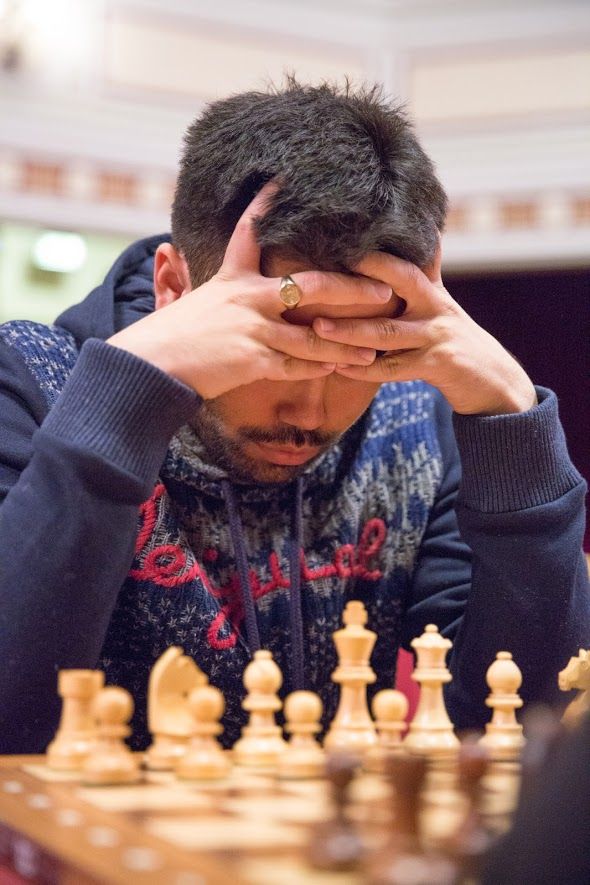 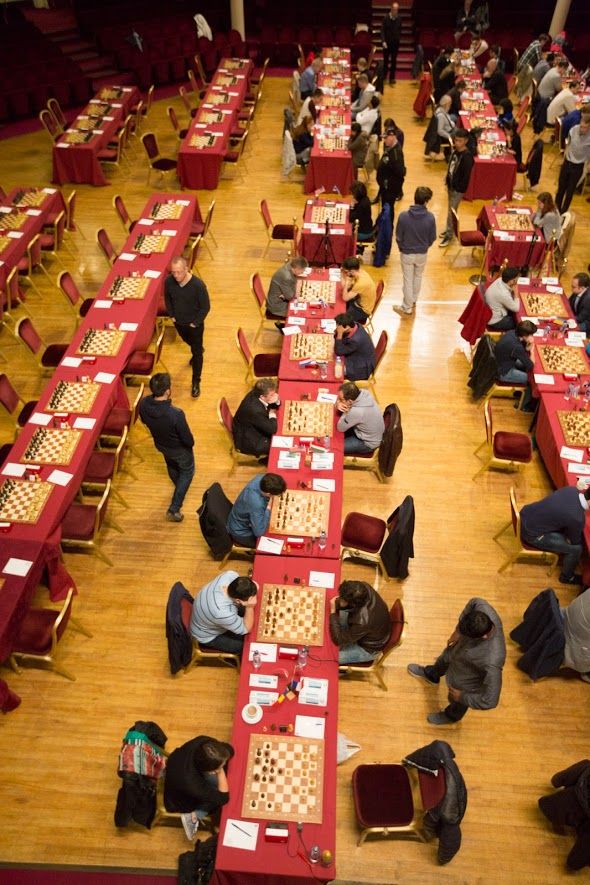 An aerial shot of the beautiful playing hall 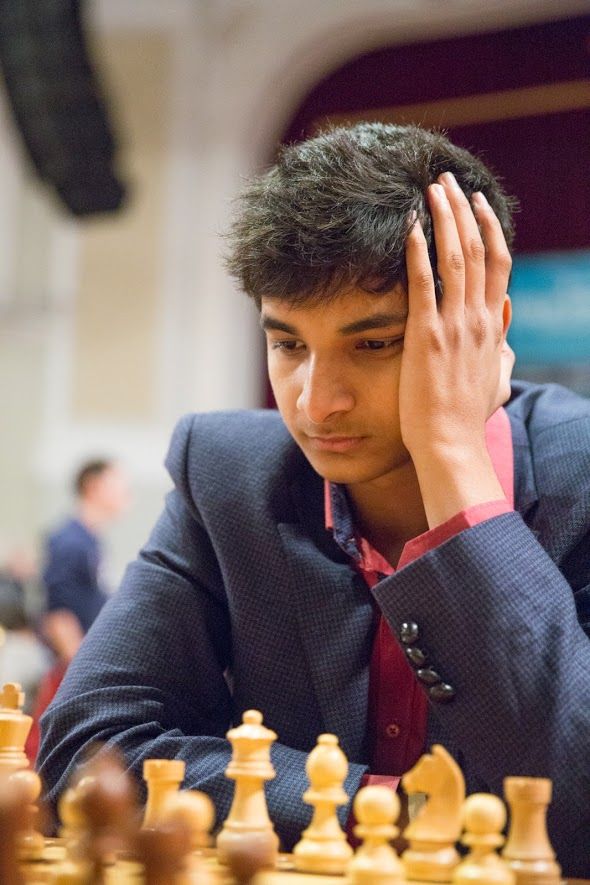 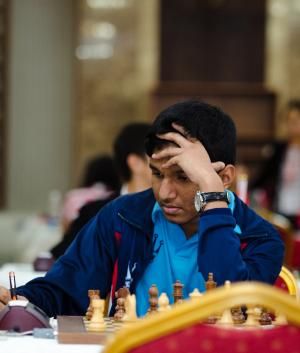 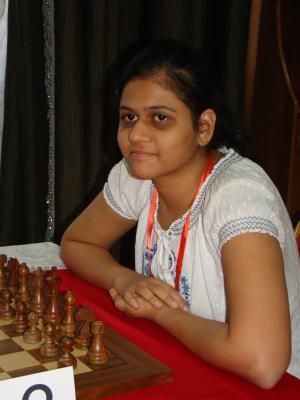 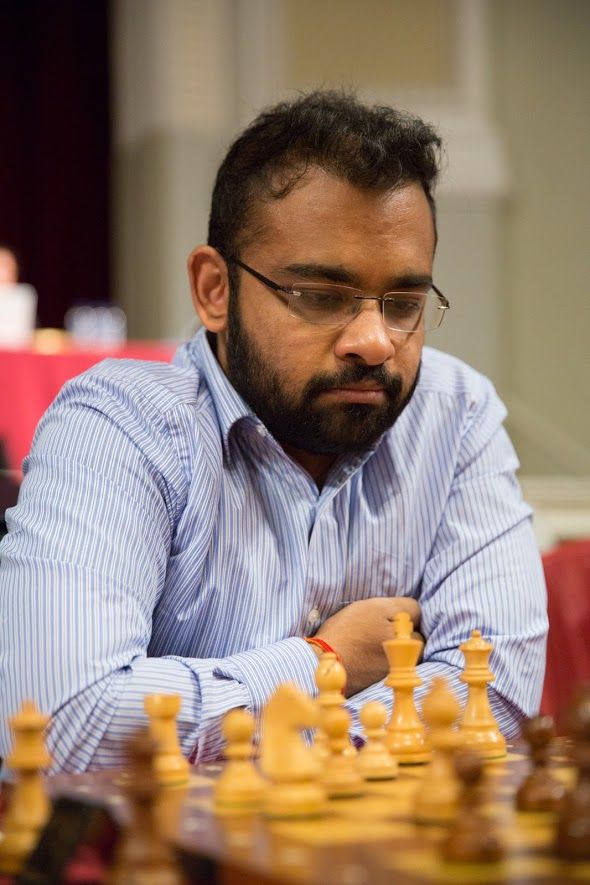 GM Abhijeet Gupta is always a strong contender at such open events! 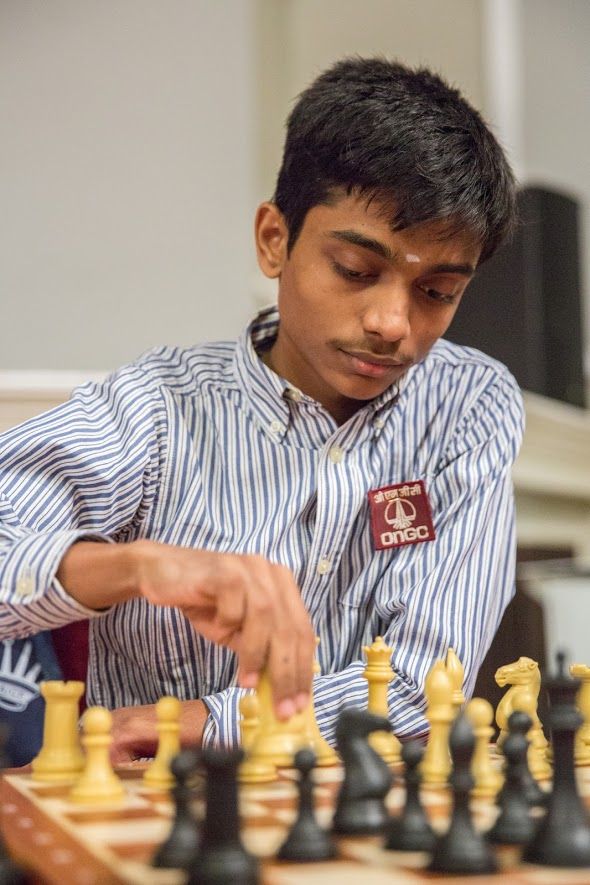 The little Aravindh Chithambaram has now matured into a smart young man! 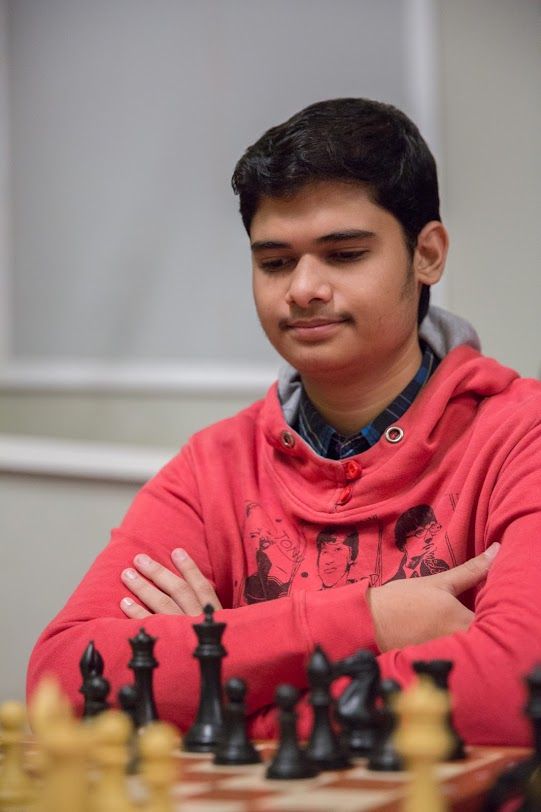 GM Shardul Gagare didn't have a great start as he drew his first round against a lower rated opponent. But he must be happy that... 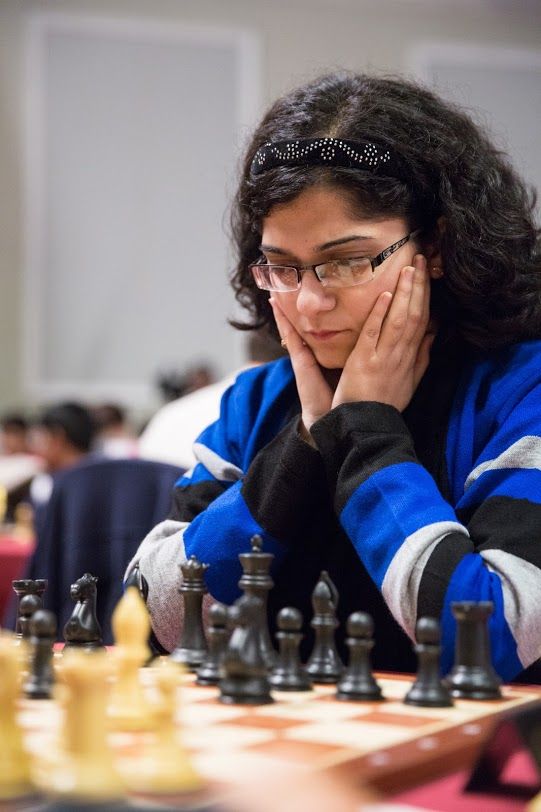 ...his sister Shalmali Gagare is back on the chess board after a very long break. Shalmali is playing her second tournament since 2011. She was busy with her studies related to medicine. 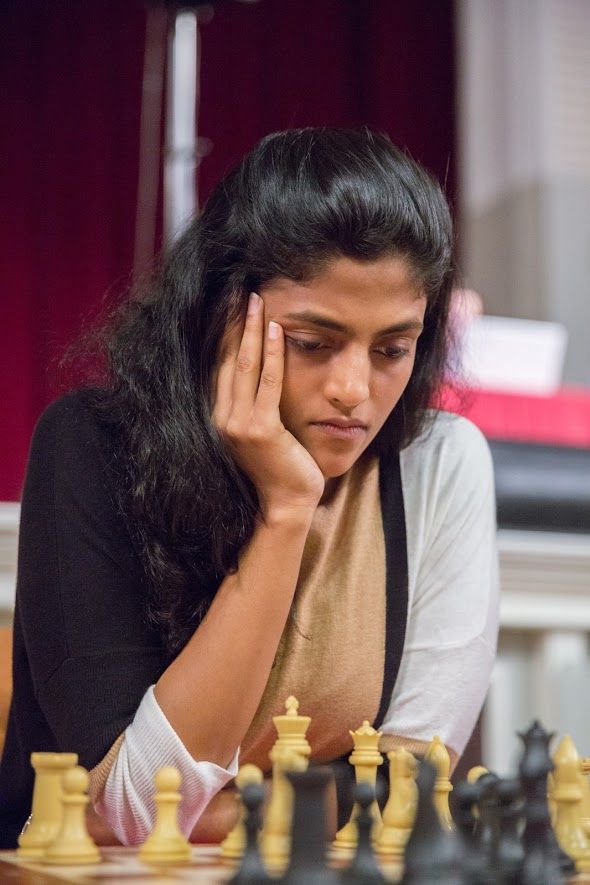 All eyes will be on Harika, whether she can overcome her lacklustre performance at the Olympiad 2016. She will definitely be helped by the fact that her best friend and long time practice partner... 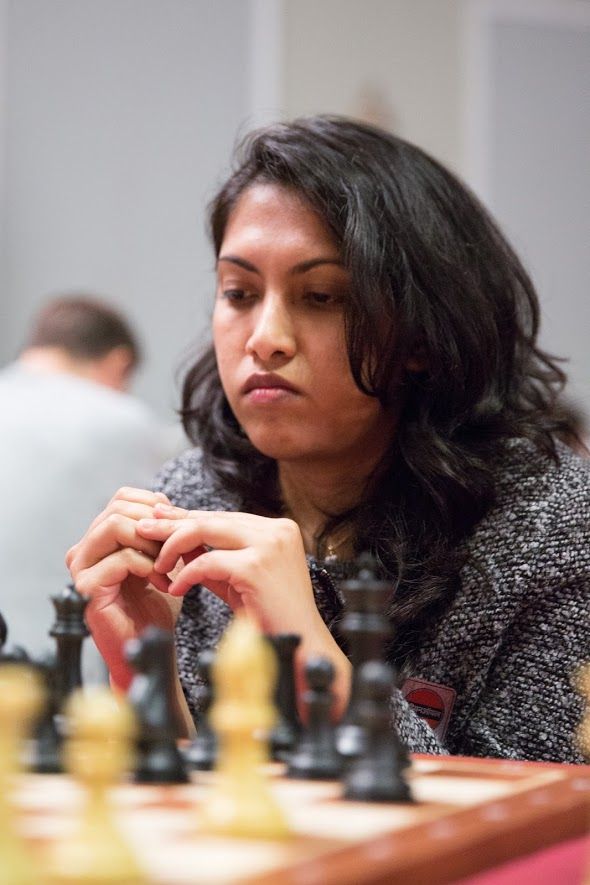 ...Eesha Karavade is also playing at the event! 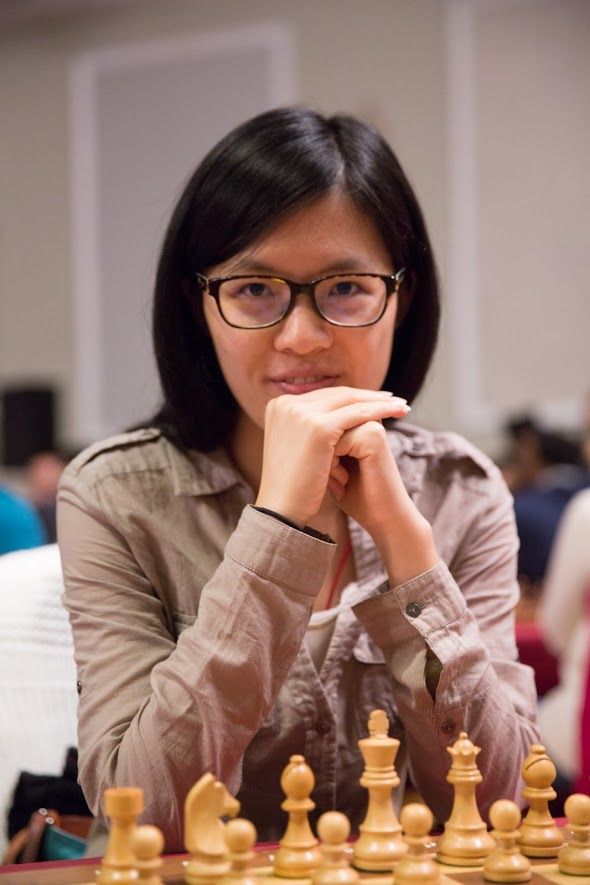 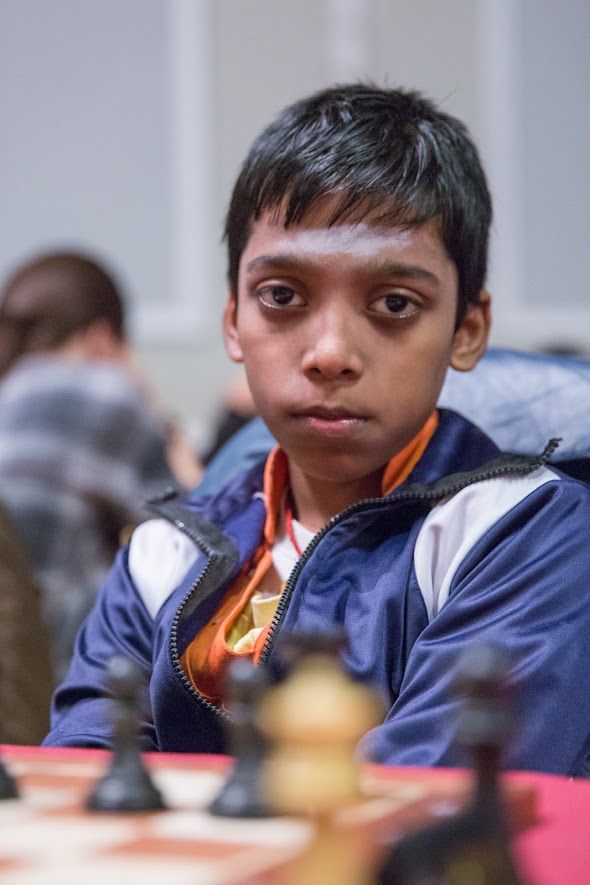 Hou Yifan is going to have her task cut out, as she faces the youngest IM in the world R. Praggnanandhaa in the second round 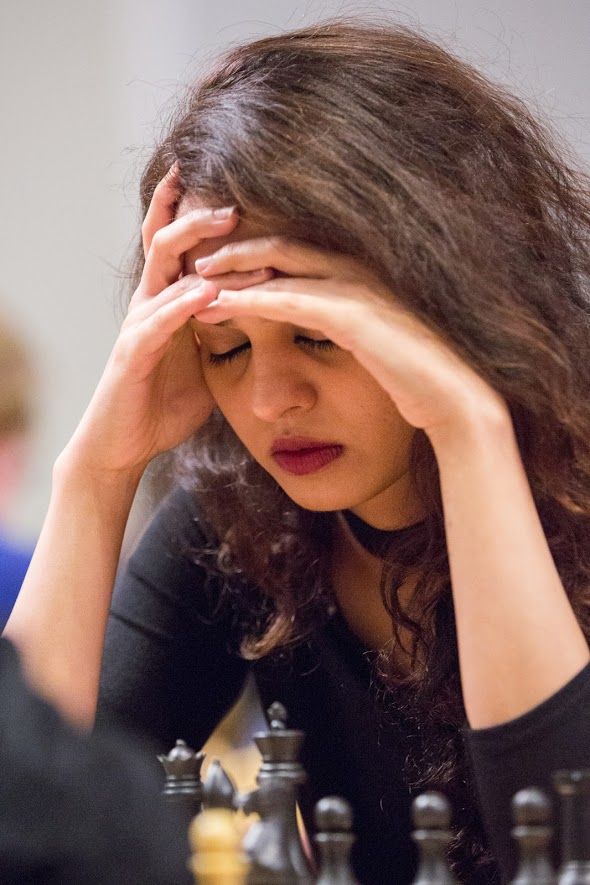 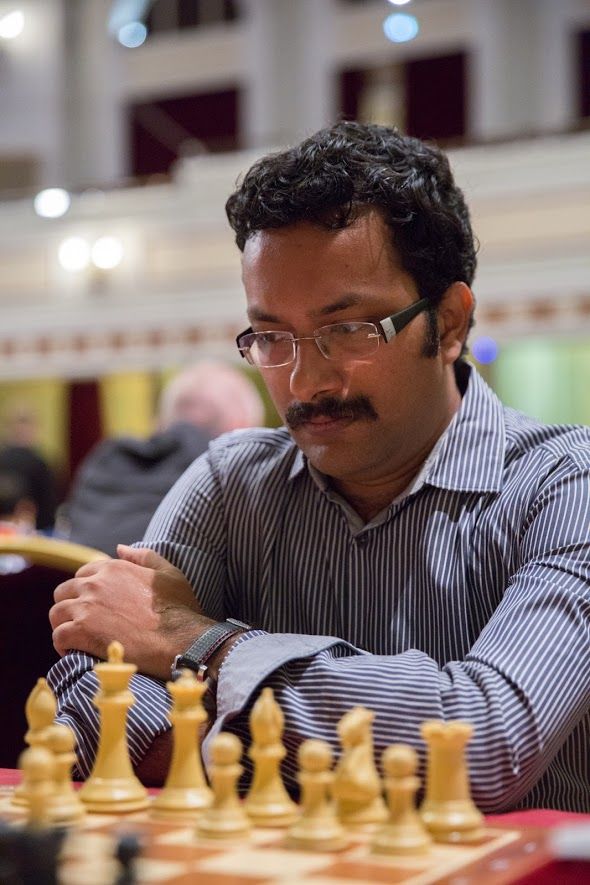 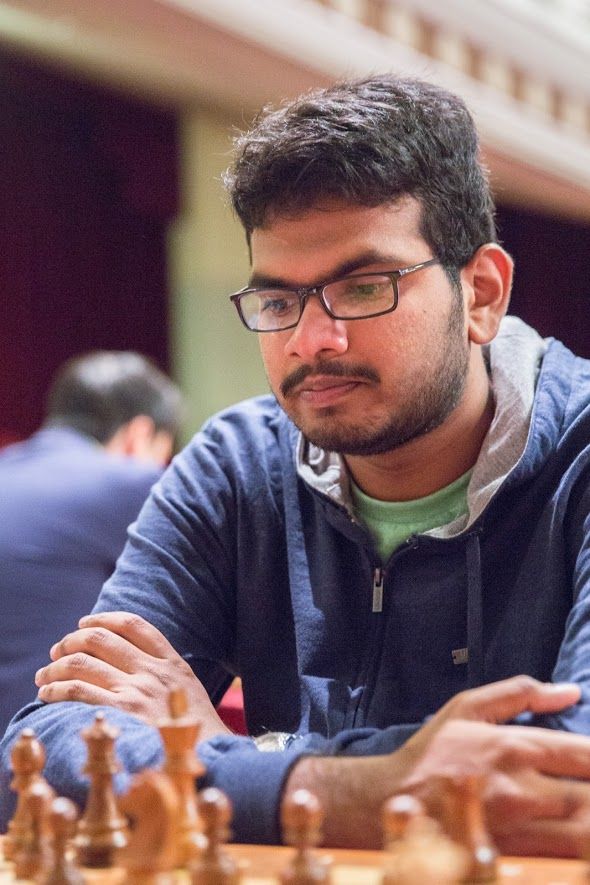 When we speak about bright young talents in India, we mustn't forget GM Lalith Babu (2586). This guy has been inconsistent in the past few years. But I have a feeling that this is going to be his event! It will also be the tournament where Lalith will look to surpass 2600. 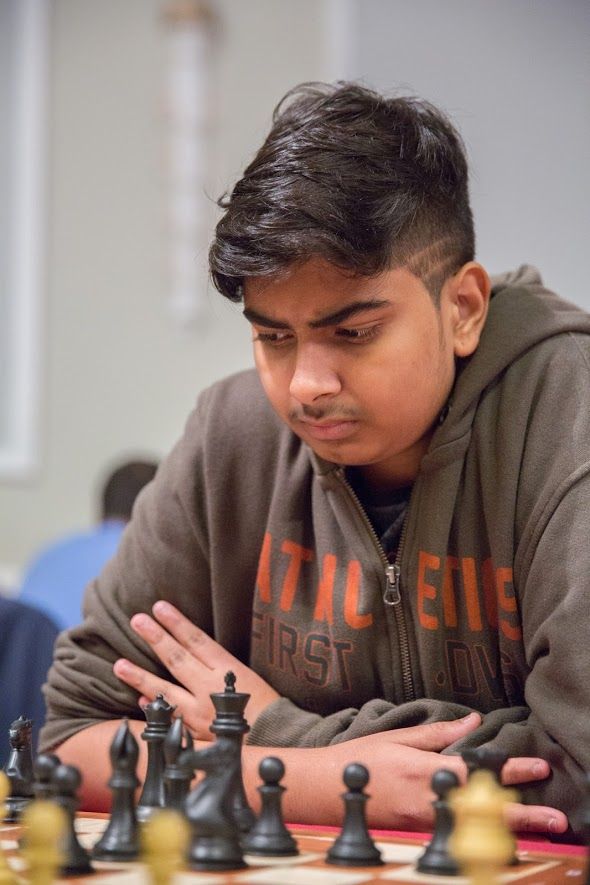 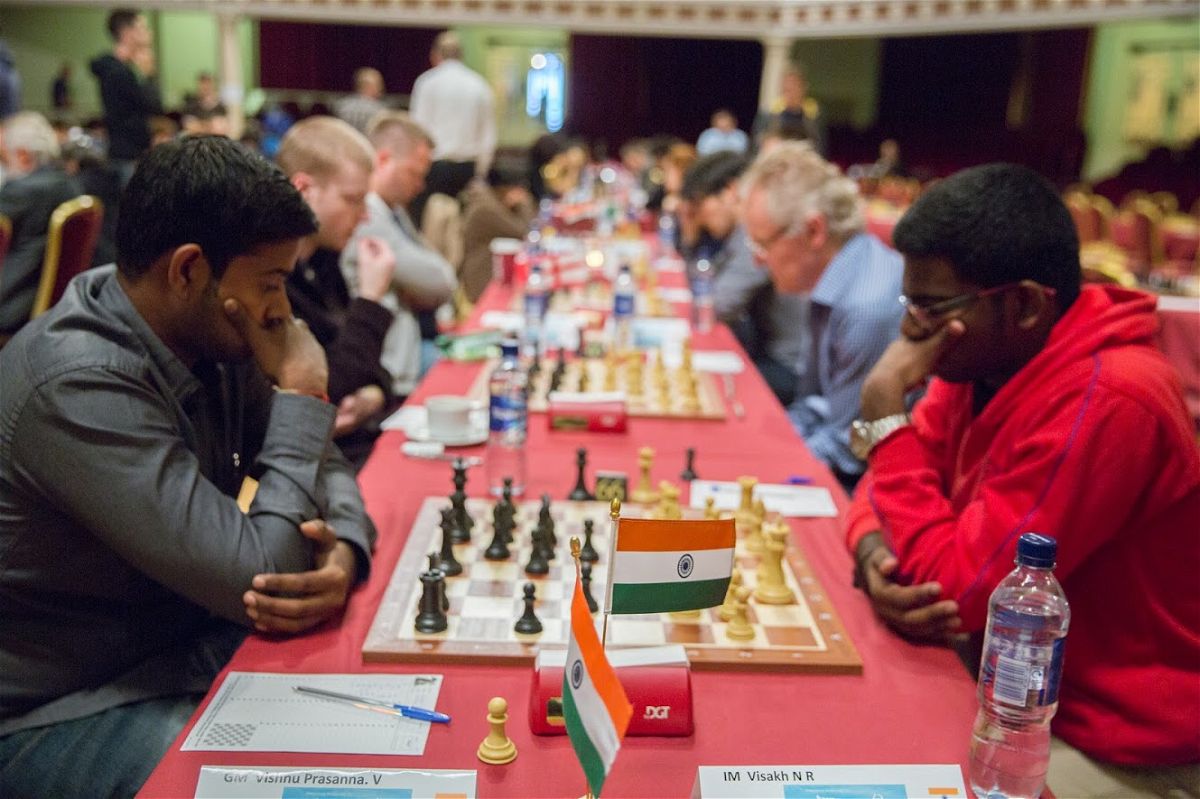 There was definitely something wrong with the pairing as GM Vishnu Prasanna (2526) took on IM Visakh N R (2456). Harika who has the same rating as Vishnu played against a 2187 opponent. In any case GM Prasanna won his game. 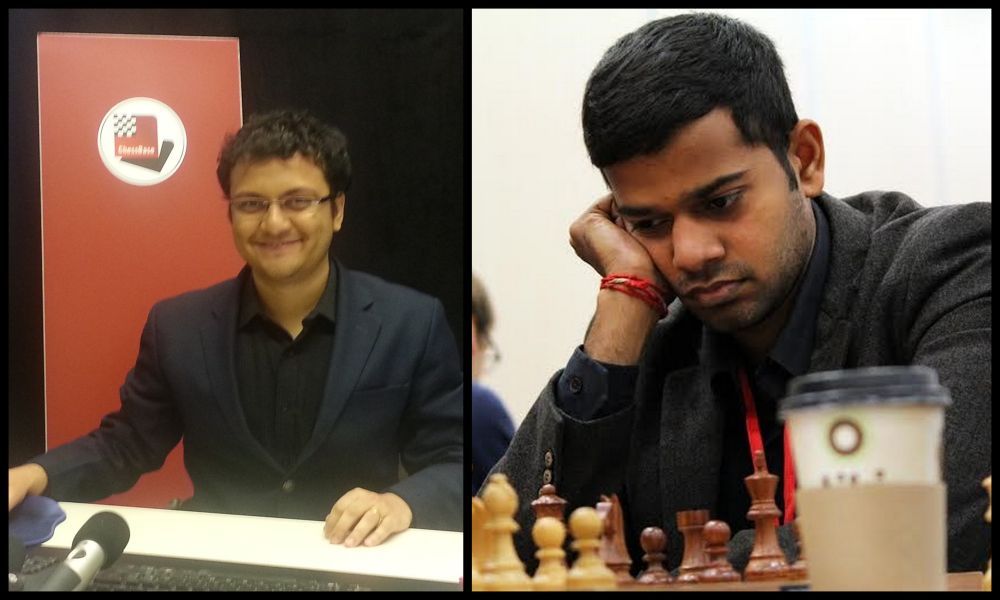 In case you missed it, check out the first ChessBase India show that IM Sagar Shah had with GM Vishnu Prasanna 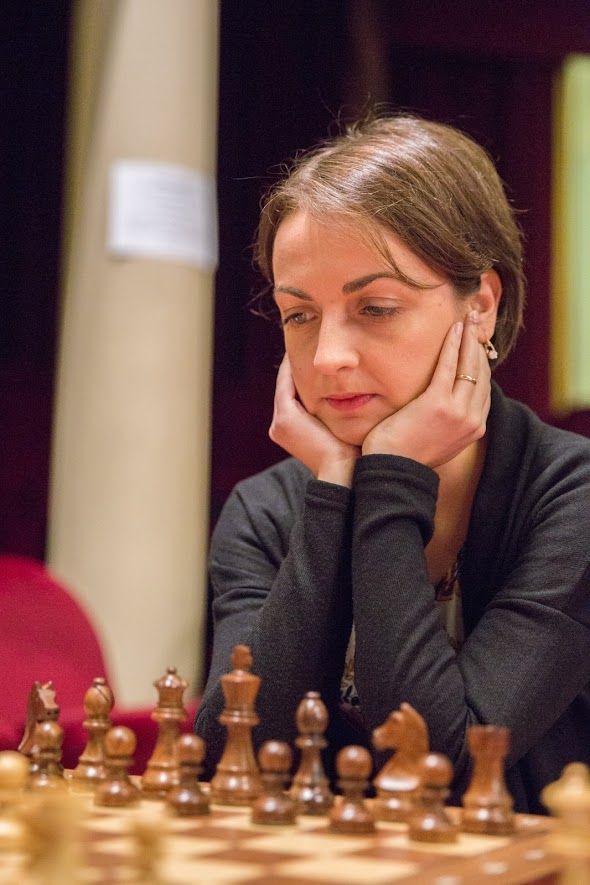 Chess fans all over the world would be waiting for Alina l'Ami to finish one of her games quickly and treat us with her beautiful pictures!

Results of round 1 for IND

Pairings of round 2 for IND

Round two will begin at 6.p.m IST