I follow Ivanchuk's repertoire to find new ideas in the opening!

The relationship of a student and coach is quite a delicate one in chess. Each student has a different style and the coach must ensure that he is able to identify the weaknesses and work on them. Developing a strong foundation between a trainer and a trainee is not easy. But once that happens, the journey towards chess improvement becomes smooth and fun. Such a powerful bond has developed between WGM Bhakti Kulkarni and Dronacharya award winner Raghunandan Gokhale. After Bhakti's win at the National Challengers, we caught up with Gokhale and tried to find out the secret of his success as a trainer. 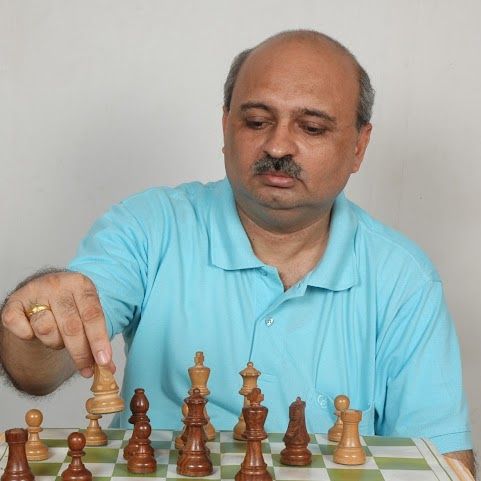 At 32, when other chess players of his age were receiving the Arjuna award, Raghunandan Gokhale received the Dronacharya award for his work with Anupama Gokhale for making her into one of the top chess players of our country. His natural acumen as a coach has led him to develop a numerous strong players in the country, most notably Ankit Rajpara and Bhakti Kulkarni. The latter has been in tremendous form lately winning not only the National Challengers 2017, but also winning the second spot at the Erfurt Women's Open in Germany. We interviewed Raghunandan Gokhale to know more about Bhakti's victory, his method of work and future plans.

How does it feel that your student won the National Challengers title?

RG: Naturally I am delighted especially after her heartbreaking loss in the first round.

How did you work with Bhakti for this tournament? Were you in touch with her after every game?

RG: I was in Pardubice at Czech Open with my other students but we were analysing each and every game of Bhakti and G. Sandhya. GM Ankit Rajpara who is Bhakti's Rakhi brother was also a great help. 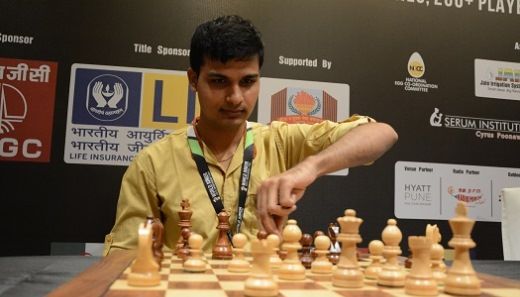 How did you motivate her after her first round loss?

RG: You may say that this is not a new thing for me as a coach! My wife Anupama had won 3 of her 5 National woman titles after losing first round (once after losing first two rounds). Bhakti had also lost second round in Mumbai rating before tying for first with 8 wins on a trot. Bhakti fortunately was staying with veteran Union Bank player Shyam Shetye and his daughter Siddhali. Shyam's cool and caring attitude must have helped too.

I had to just remind Bhakti about Anupama's comeback and joke about such things. She got back in her stride soon. 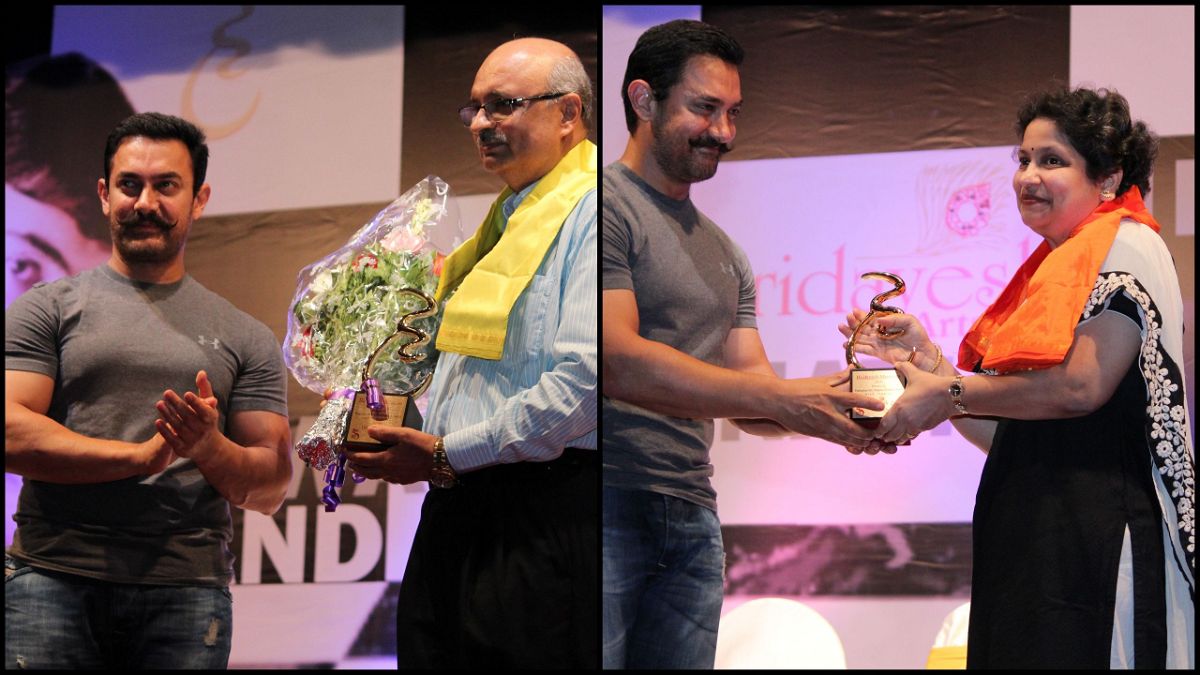 The chess couple: Raghunandan and Anupama being felicitated by Aamir Khan at Hridaynath award ceremony

Bhakti is able to play so many different openings all the time. Is it because of you? Was ....Nd4 against Soumya your suggestion? 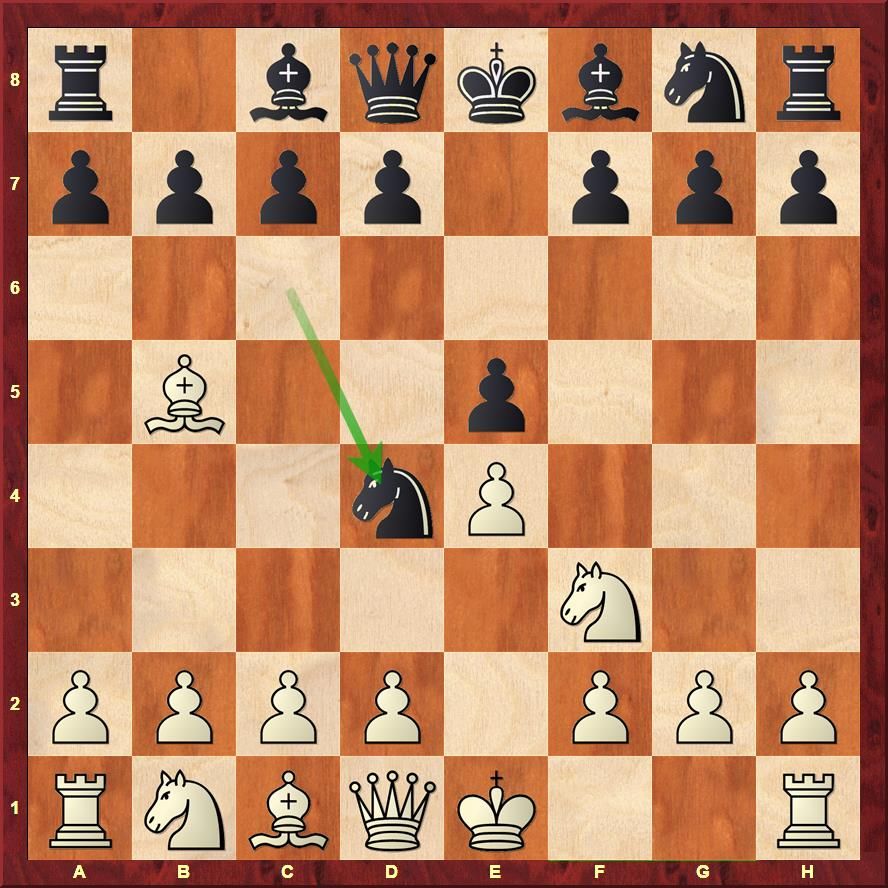 Bhakti played the relatively rare line ...Nd4 in the Ruy Lopez against Soumya Swaminathan in the penultimate round and beat her

RG: Bhakti depends entirely on my preparation and you may say that I am responsible when they work (or even dont work like last round of Commonwealth against GM Sahaj Grover).

When I was in Sharjah, GM Vishnu Prasanna and GM Adhiban were curious to know how I pick up unusual (if not weird) openings. I told them that I follow GM Ivanchuk's suggestions. Ivanchuk picks up openings which are not exactly refuted, but do not have good reputations. He had beaten Nigel Short in Bird's Defence too. Our very own GM Dibyendu Barua had a terrific score with ...Nd4. This had motivated me to work on Bird's opening a few month back. When I suggested it to Bhakti, she agreed and it worked. But I must admit that Bhakti's superb play should be credited and not Bird's effect except gaining few minutes on clock. 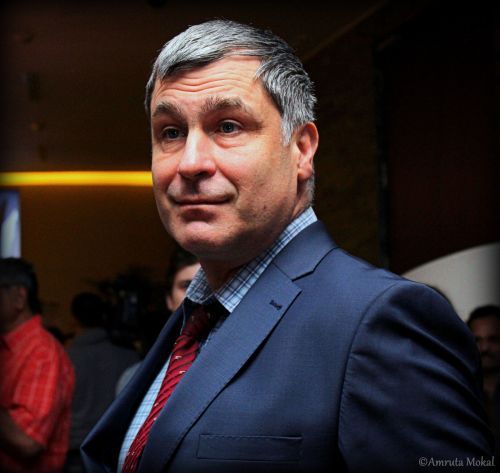 One of your students (your wife) won the National Championship five times and Asian twice. And now Bhakti has won the Asian in 2016 and National Challengers 2017. What's the secret? 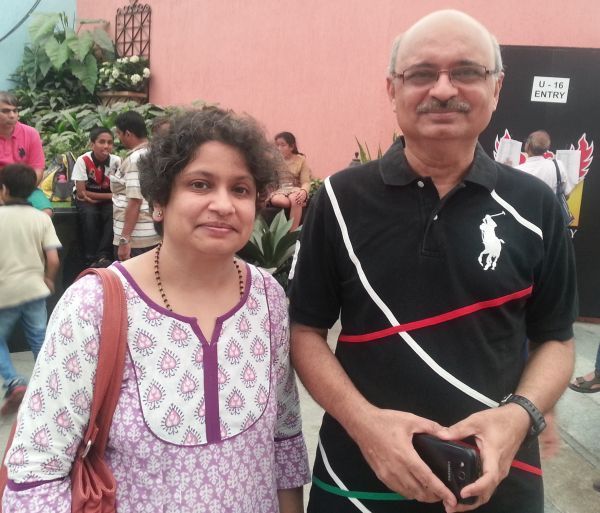 Raghunandan Gokhale with his (former) best student and wife Anupama!

RG: There is no secret. Anupama worked very hard right from the beginning. She knew that talent will take her to certain level and not beyond. Bhakti is realizing that and should do much better in future.

Bhakti is lucky. She has AICF supporting players (not like pre-2000 era when few AICF officials aimed at putting obstacles in Anupama's path).

You have also worked with strong male players like Ankit Rajpara, Nitish Belurkar etc. What do you think is the difference between training women players and men? Is a different approach required? 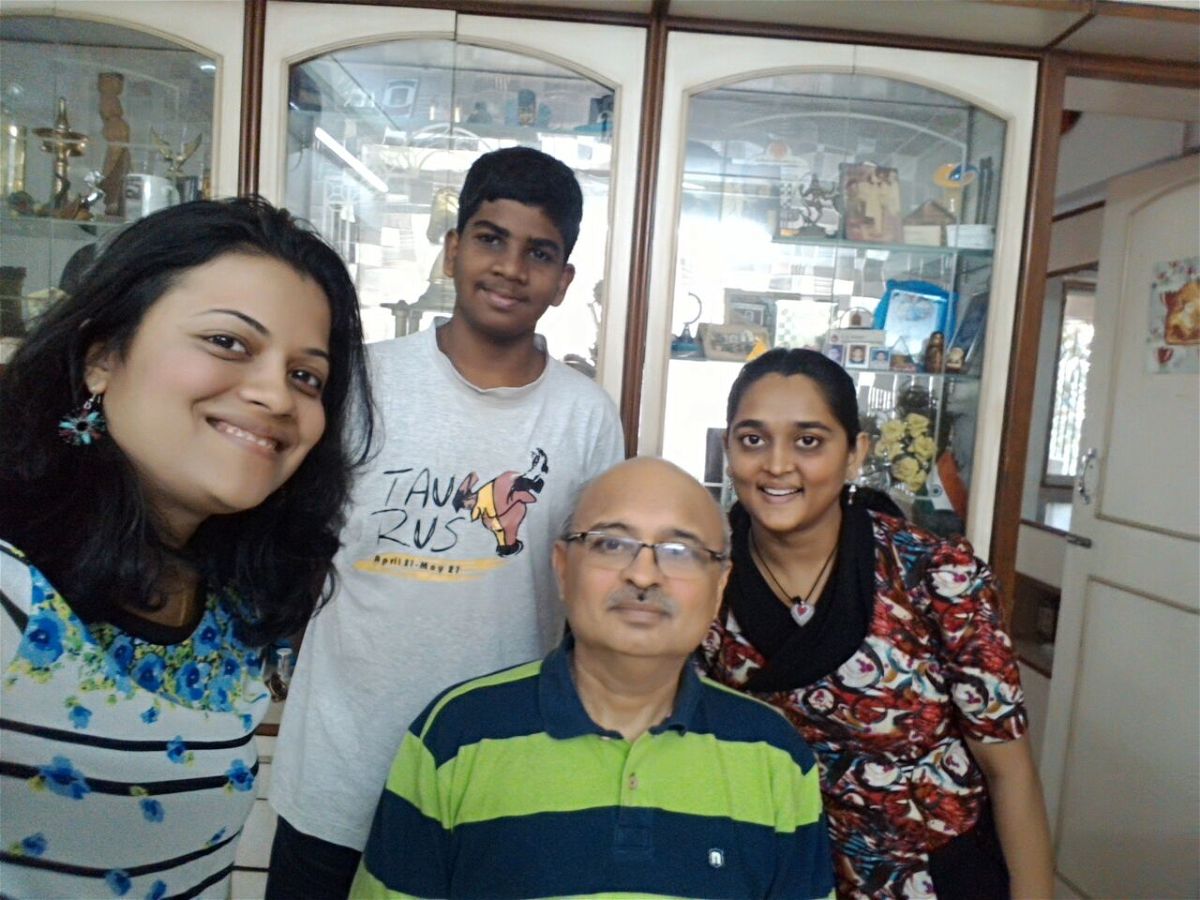 Gokhale with some of his best students: Bhakti, Nitish Belurkar and Mitali Patil

RG: I work to the best of my ability with everybody. The results are different based on the players' talent and hardwork they put. However there is less competition among girls and with same amount of training, they get better results. The boys have to put in more efforts to achieve same.

What are your future plans for Bhakti's improvement?

RG: The women world championship is round the corner and Bhakti needs to work harder both on and off the board. She plays well in bad situations but she has still to learn to win smoothly from slightly better positions. She did that in almost all games in Challengers. She lacks consistency like Humpy or Harika. We shall work on her minus points vigorously. Let us see how she copes with these challenges.

In August 2010, I played the World Junior Championship in Chotowa, Poland. I was sharing my room with GM Sethuraman and GM Lalith Babu. It was a great learning experience for me (rated around 2250) and taking on the best junior players around the world. While chess wise the experience was terrific, as a vegetarian I did struggle to find my bearings with the food arrangements done there. For every lunch and dinner we had a huge spread of different dishes, but 90% of them were non-vegetarian.

It was a long tournament of 13 rounds and slowly I was beginning to lose my energy. After seven rounds we had a rest day. In the adjoining room we had Raghunandan Gokhale who was also there with Bhakti as her coach. For lunch on the rest day Raghunandan cooked Pav Bhaji for all of us. For the starving me, this was a God sent invitation! I savoured each and every bite of the sumptuous meal that day. I must say Gokhale is an amazing cook. Using minimal resources (a small rice cooker) he was able to prepare delicious food. That was my initial acquaintance with Gokhale sir, for whom I have great respect as a coach, and more importantly as a kind human being.