At the recently concluded Asian Continental 2016 S.P. Sethuraman and Bhakti Kulkarni won the gold medal in the open and the women's section respectively. In this article we get in touch with S.P. Sethuraman who staged a phenomenal comeback scoring 3.0/3 at the end of the event and crowning it by beating Wei Yi with the black pieces. Sethu speaks about the event, how he prepared, calculated, relaxed and how he aims to break into the 2700 league.

Sethuraman scored 7.0/9 and won the Asian Continental 2016, thereby confirming his spot in the World Cup 2017. He won the tournament by a clear half point ahead of Wei Yi and Le Quang Liem. The event will remain special for all the Indian fans because of the spectacular finale in which Sethuraman and Ganguly were able to beat Wei Yi and Le Quang Liem respectively with the black pieces. 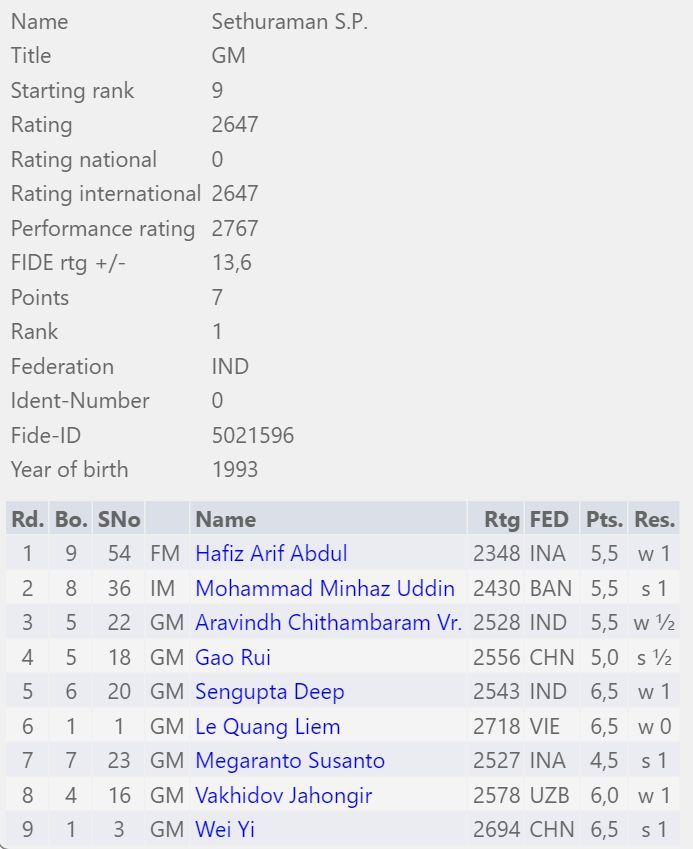 Sethuraman's performance sheet
After the tournament ended ChessBase India contacted Sethuraman and asked him a few questions about the event and his future plans. Here is the interview:

S.P. Sethuraman: Thanks Sagar for the wishes. I feel really happy to win such a strong event.This is definitely one of the biggest titles so far in my career apart from the performance at Olympiad 2014 in Tromso.

SS: In the first game itself you played a highly daring sacrifice. How deeply had you seen and can you explain your thought process behind this sacrifice- replying h6 with hxg6. You followed it up with some very difficult moves to see like g4 and Rh7. 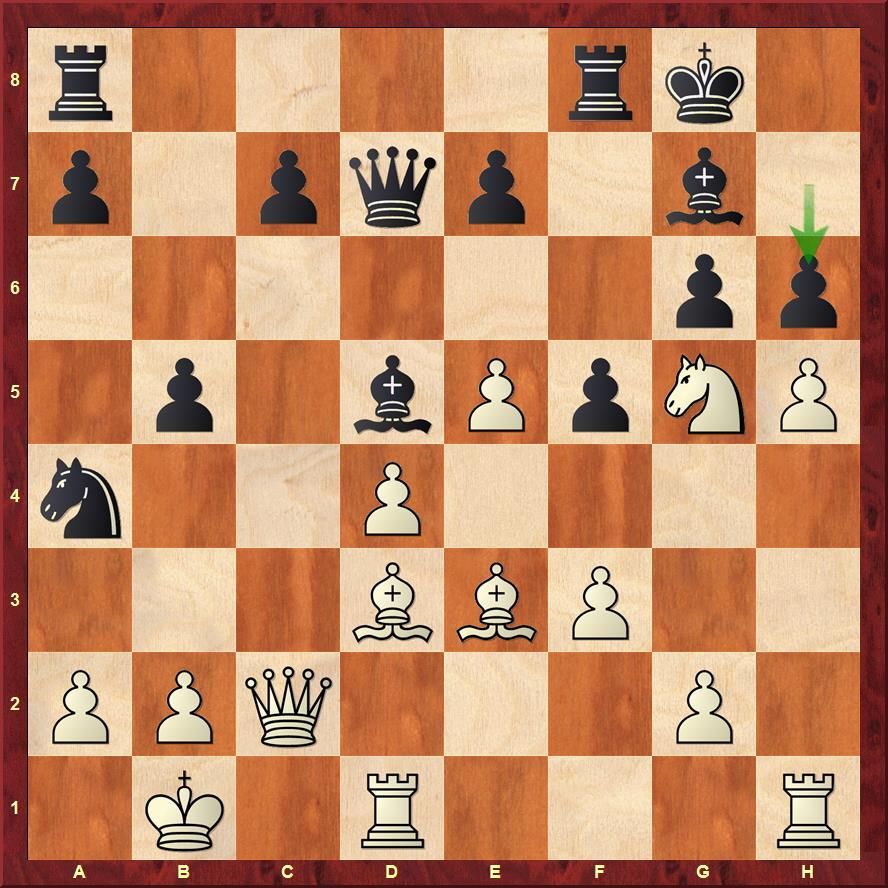 Sethuraman's opponent has just played 18...h6 and pushed the knight away from g5. Sethu replied with the bold 19.hxg6 sacrificing the piece.

SPS: Yeah, the sacrifice with 19.hxg6 was very interesting and intuitively I considered it to be winning during the game. Of course, with some calculations and ideas. But I had missed one of my opponent's resource with 20...fxg4 21.fxg4 Rf3!! (you can replay the game below) - a cold blooded defense found by the computer. It was very difficult to spot it during the game and secondly with such a dangerous king and little time on the clock, no one would like to open up the position. So my opponent's f4 trying to close the position felt practical to me. I had this idea of Rh7 and tripling on the h file while carrying out this piece sacrifice. I was proud of my precise moves until the end of the game. After 20...f4 the computer simply gives an advantage for Black, but after my moves the evaluation drastically changes. I would like to point out that instead of the flashy 19.hxg6 that I played, 19. Nh7! or 19.Nh3 g5 and 20 Nxg5! also win on the spot.

SS: 1.d4 served you very well in this event. Why did you decide to play 1.e4 against Le Quang Liem. And what exactly went wrong in that Berlin Endgame? 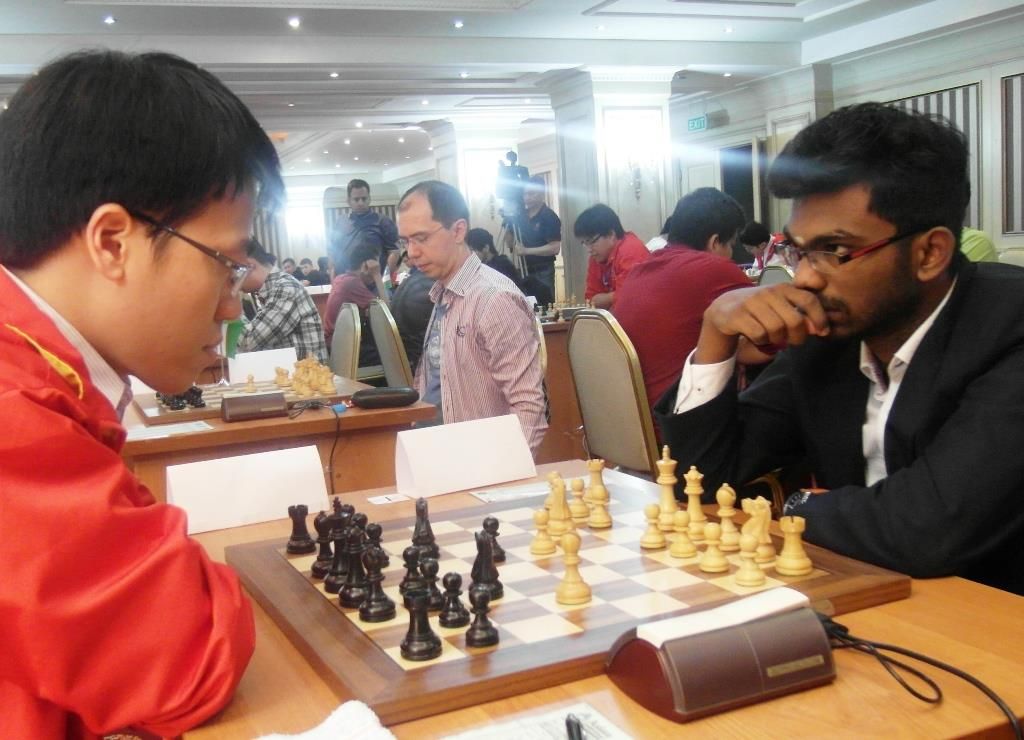 SPS: Nice observation! I went to that game with some small ideas in the endgame and decided to try it out. I got a comfortable edge in the opening. There were several plans of placing my pieces and I spent too much time trying to figure out the effective plan to break his solid pawn structure In the end I simply forgot about his simple idea of 26...c6. I already imagined my pawn on b3 protecting c4 always. It was like a blackout day for me. It was a painful to blunder like this in a position where I cannot lose the game in any instance.

SS: Were you confident about winning that endgame against Megaranto Susanto. The position with queen+knight+bishop vs queen+two knights looked pretty drawish. What were the points based on which you were pushing for a win? 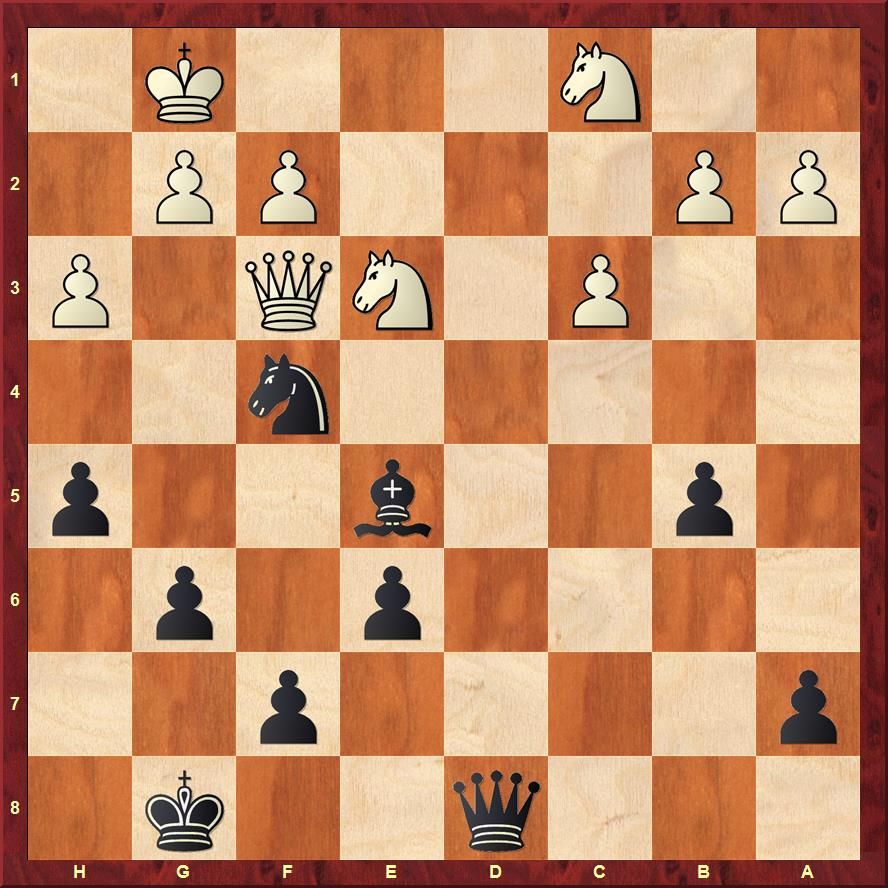 With some masterful endgame play, Sethuraman with the black pieces was able to win this endgame against Megaranto

SPS: During the beginning of the game I was so afraid that all my pieces will get exchanged after 14.Nd4 leading to draw. My opponent is a very solid player who has a high draw percentage if you look at his games. I felt greatly relieved when I played 16...Ne5 maintaining some pieces. From that point onwards I was confident I could create something out of the position and I think I played well to create some pressure. Everything was in perfect co-ordination with moves like 23...h5! and 25...Be5! and slowly outplaying my opponent. There were some points like the position of white's king, the weak pawn on b2 and my better piece co-ordination that gave me some hope to play for a win.

SS: Coming to the most crucial game of the event - the last round. You were half a point behind Wei Yi and had the black pieces. What was your mindset before the game? Was it to play safely and try to qualify for the World Cup or go all out for the title? 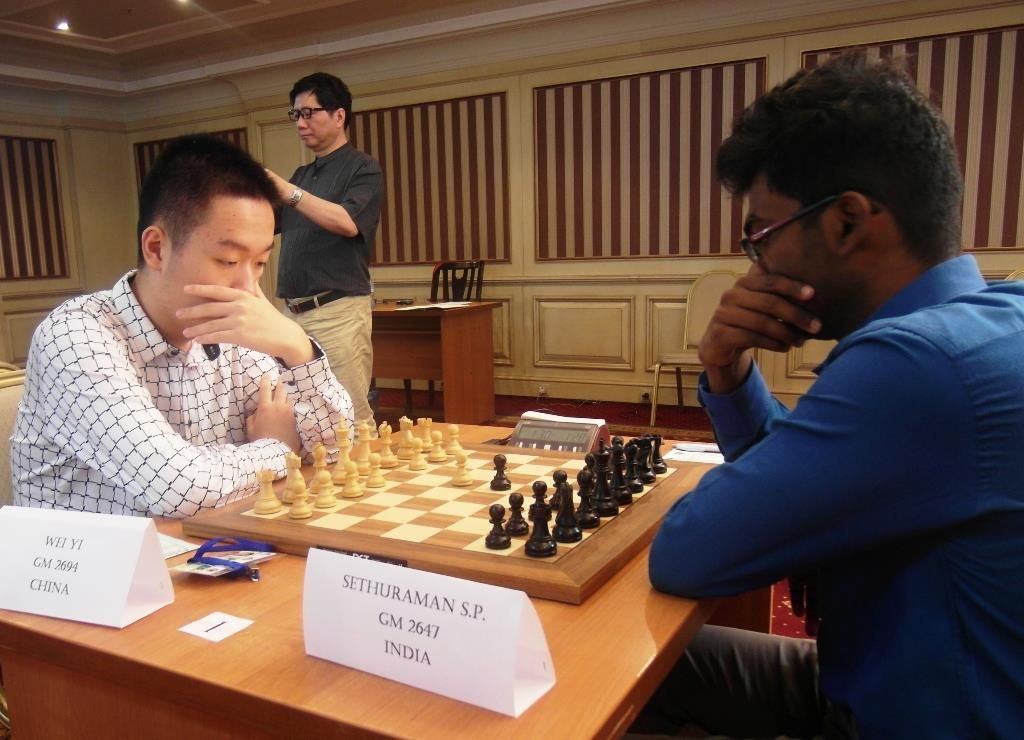 The crucial final round against Wei Yi gets underway!

SPS: I was facing Wei Yi, who was half a point ahead of me, and I had the black pieces. Add to it GM Le Quang Liem was ahead of me by half point and he had the white pieces in the last round. The tiebreak of individual encounter left me very little hope of playing for the title (because Sethu had lost to Le Quang Liem). As for my game, it's very difficult to play for a win with the black pieces if White decides to make a draw. I mean against a stronger opposition of 2600 and above, of course. Taking all of this into consideration I was happy with a draw before the game. But during the 14th move when the position became complicated I thought this is my chance and wanted to grab it. And thanks to Wei Yi, who stayed true to his nature by playing an aggressive opening, it all became double edged.

SS: You chose the Semi Slav opening against Wei Yi. That was the same opening you had beaten Deep Sengupta with the white pieces. How do you manage to play the same line so well with either colour?

SPS: Slav is one of my favourite openings. I have worked on it so much and have it played with either colours which gives me an extra bit of confidence in handling the opening.

SS: Can you tell us more about the new opening idea that you employed from the black side in this last round and how you found it at home? 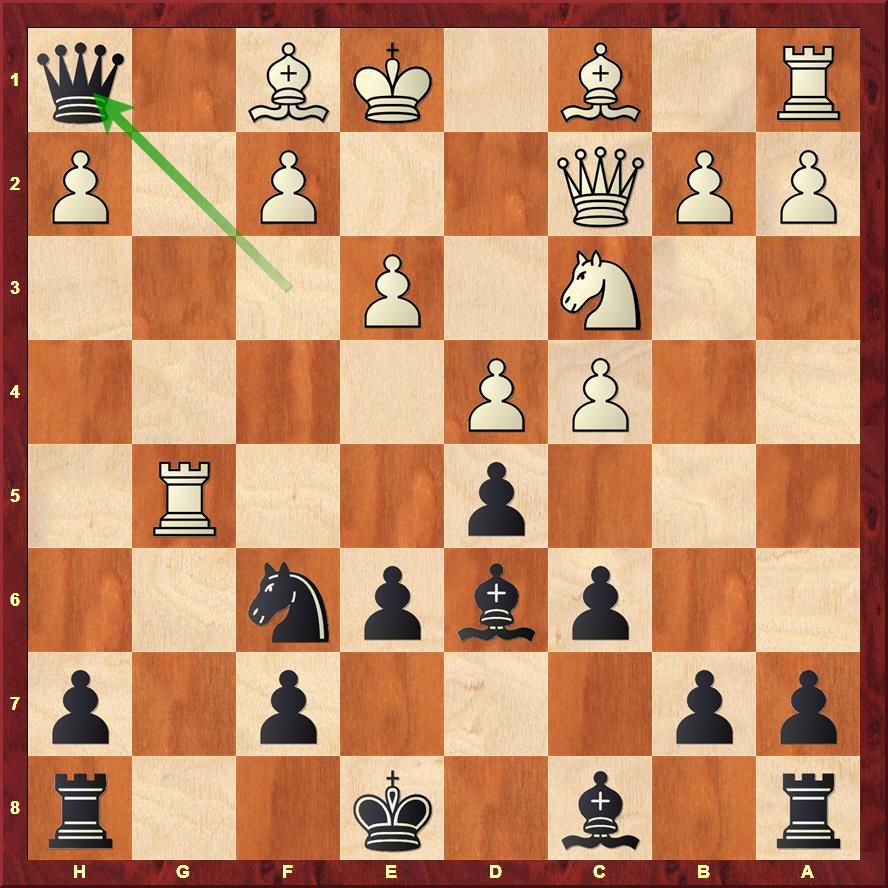 I prepared this idea one year back and even played some training games with my friend GM Deep Sengupta. Luckily enough I revised it during this tournament, since I wanted to try 7.g4 Meran with white and was looking at all kinds of options for black. This idea crossed my mind once again! That's the advantage of preparing an opening from general point of view so that you can use it from both sides rather than to stick with one colour. 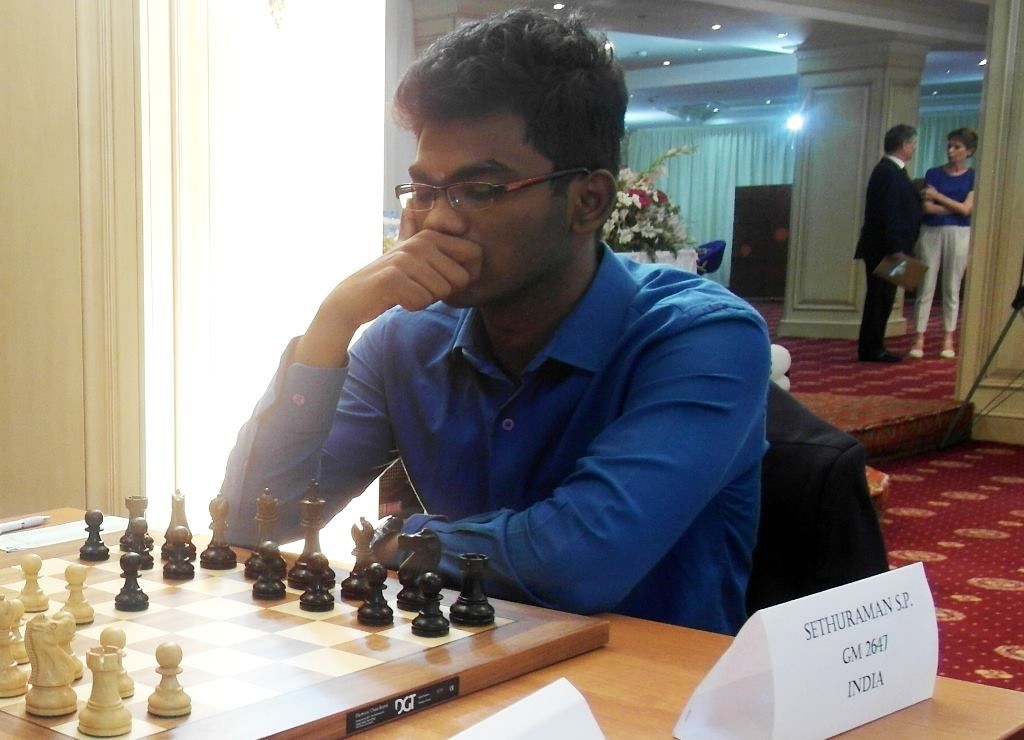 Completely focused on the task at hand

SS: What was going through your mind when Wei Yi sacrificed his knight on a7 in the game? 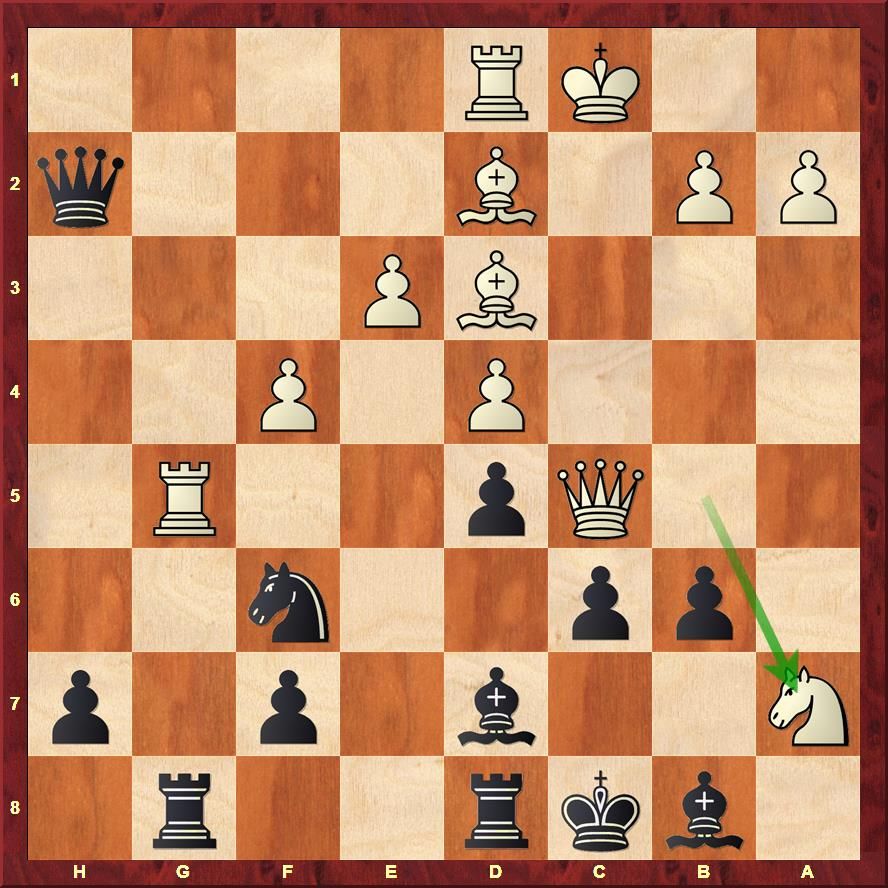 The knight took the pawn on a7 and it could not be captured, as Qd6+ wins the f6 knight. But after ...Kb7 the knight will be trapped.

SPS: I was so focused in calculating all the variations, so there was no time to think how it would end or to show any emotions at that point .

SS: Did you think he could build a fortress and hold a draw when you were a piece up in that rook+2 bishops vs rook+1 bishop? 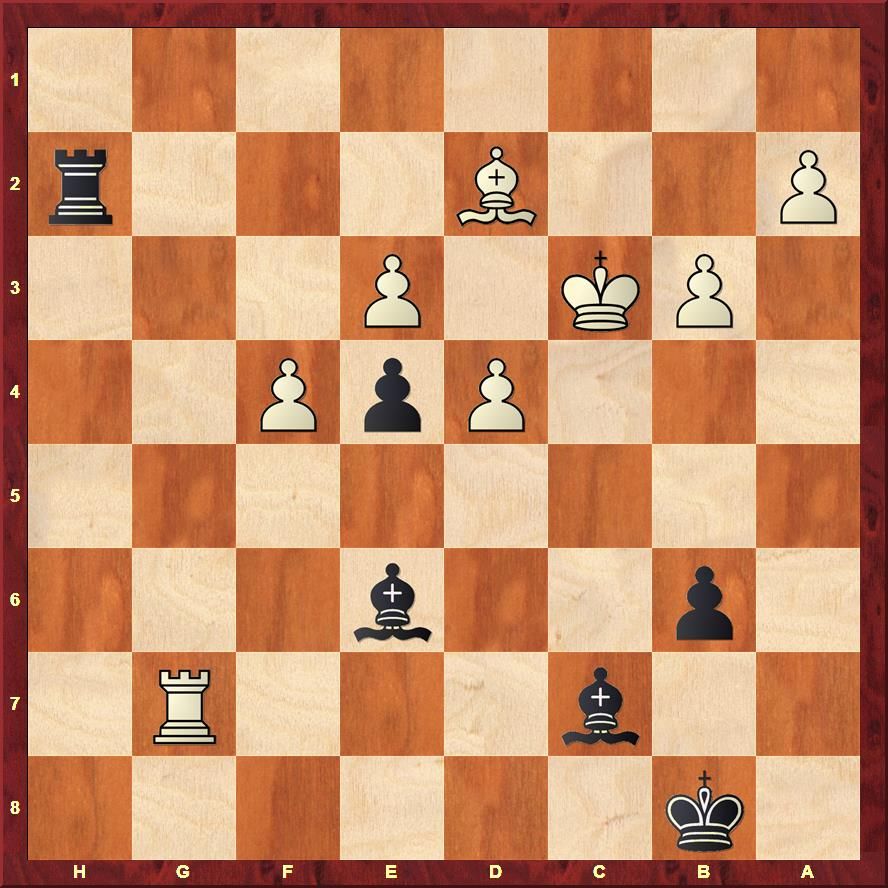 Is this a fortress? Let Sethuraman explain!

SPS: His pawns were fixed and I had a strong pawn on e4 which cannot be exchanged and I had to just bring my pieces to perfect places to target the e3 pawn. So I thought the position was already much better for me and it was difficult for him to build any fortress.

SS: Were you distracted by Le Quang Liem vs Ganguly game on the second board?

SPS: Not one bit. My position was so complex and I was also playing fast to put my opponent under pressure since he was very low on time. But I definitely had a look at the game and it was a very impressive win by GM Ganguly who simply outplayed Le Quang. Only at the end I got a bit excited as Surya won and I got a winning position too.

SS: How good are you at table tennis? Who is the best TT player of the Indian team?! 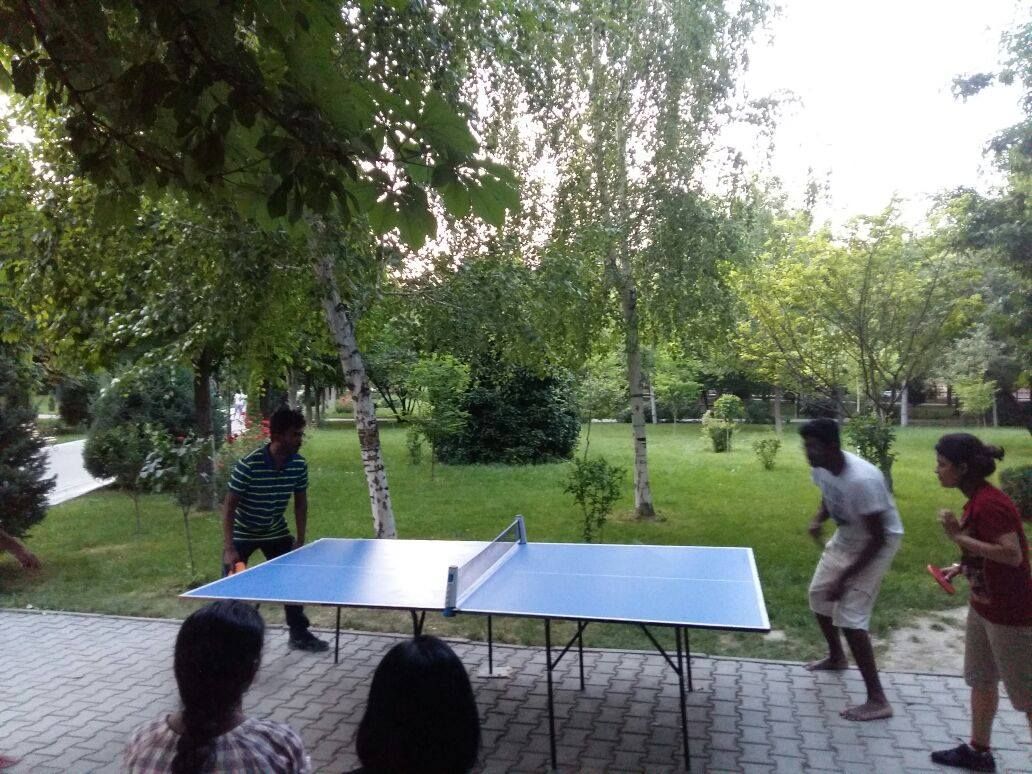 That's how the Indian team relaxed after the rounds!

SPS: In the Asians we got to play a lot of Table Tennis after the round and it was very relaxing thanks to my friends. I am a decent player! Not bad at all! Definitely Sasikiran is the strongest. However, he was not present here. In the Asians Deep and Bhaiyu (Abhijeet Gupta) were clearely stronger than others.

SS: You are now 2667, your career high Elo and have broken into the top 100 in the world. It is time to take the next leap of breaking into the 2700 league. How do you plan to achieve that?

SPS: Yes. I will try my level best to break into 2700 as soon as possible . There are clearly a lot of things to improve and I will be working hard to analyse my mistakes and rectify them.

SS: You will be playing for the Pune TruMasters in the MCL. What about the MCL attracts you to the tournament? 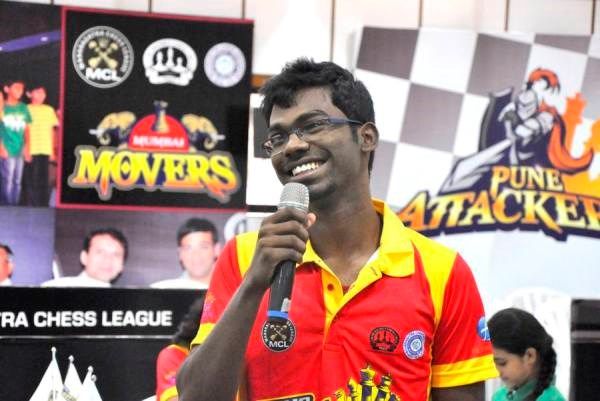 Always a TruMaster at the MCL! [Picture by V. Saravanan]

I am happy to play for Pune TruMasters team for the third time in a row. First of all there hardly any strong rapid tournaments in India. MCL is the only one to improve the rapid skills of the game since I feel it's also a important aspect of the game. Secondly the league setup in India has just developed thanks to Abhijit Kunte and the sponsors of Maharashtra Chess League. Compared to the other countries we are still lagging behind. I always feel happy to be a part of new initiatives which helps in the growth of Indian chess.

SS: What are your next tournaments?

SPS: After MCL I would take part in Edmonton closed tournament. Looking forward to it.

SS: Thanks a lot Sethu for your time. Enjoy your success and thanks for making each and every Indian chess fan feel proud of his country!

SPS: Thank you Sagar! It's my pleasure to answer to your interesting questions.