26-year-old GM Abhijeet Gupta tasted a resounding success recently when he won the extremely strong Reykjavik Open 2016 in Iceland. And this is not the first time he is stamping his class by winning a strong Open. He has done this time and again. The Indian, the last one to win a World Junior for our country, granted ChessBase India a crisp interview, where he details his approach to chess, his career and more. 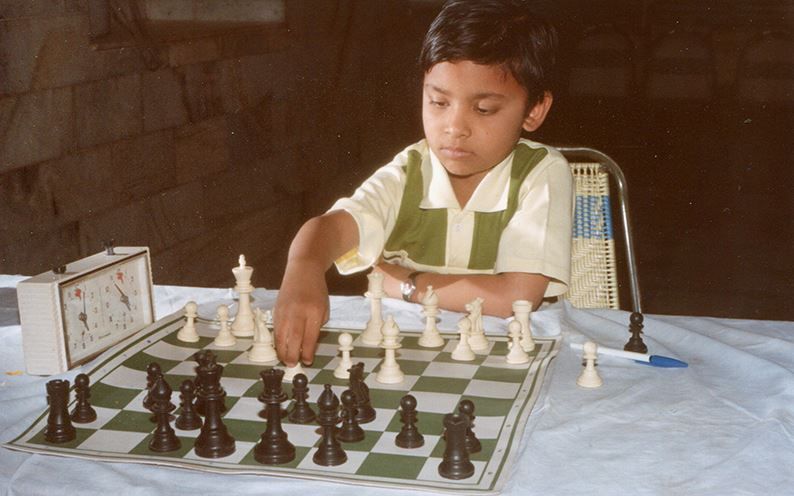 He has been there and done that, consistently, over the years. Abhijeet Gupta, ever since the beginning of the new decade, has made a name by winning Opens across the globe. It is not that simple, really -- opening preparation, conservation of energy, playing double rounds, etc.

Abhijeet tasted a resounding success recently when he won the extremely strong Reykjavik Open 2016 in Iceland, which we had reported here. The Indian, the last one to win a World Junior for our country, granted us a crisp interview, where he details his approach to chess, his career and more:

An open tournament has two main variations: single rounds and double rounds. You are habituated to winning these type of tournaments consistently. How do you cope with the tension and the pressure?

I have been playing opens all my life and to be very honest with you, I really enjoy playing chess (simple!). When you enjoy doing something as much as I like I like playing, there is no question about the tension and all these things. 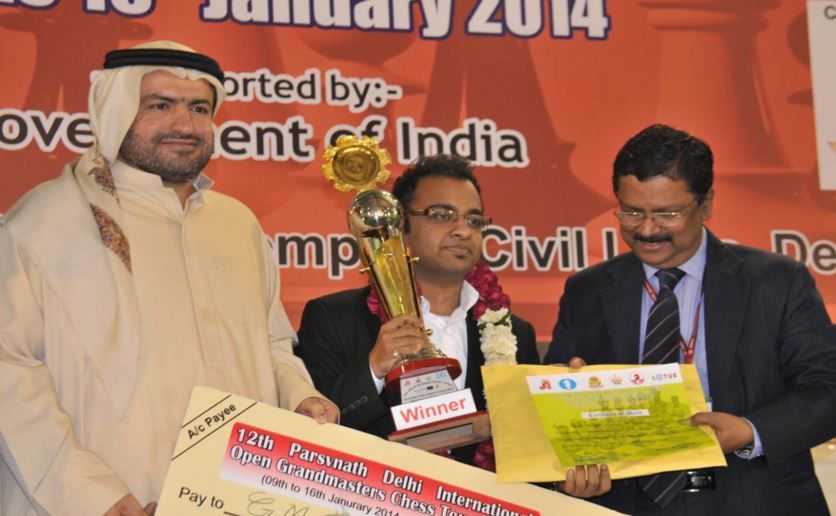 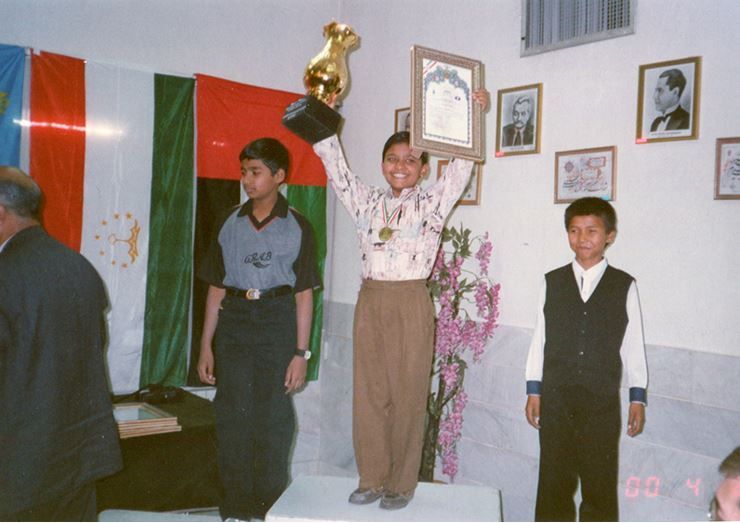 Now, losses are a part of the package. How do you react to losses in tournaments? How do you spend the rest of your day/night after the loss?

When you lose a game, especially when you are completely winning, it’s hard to take your mind off it but then again when you do something for the sake of love, it’s not that hard to recover from it.  I usually watch something on the internet or read a book, talk to a friend, basically anything which takes my mind off chess for a while. One more thing I would like to add, tongue in cheek, is that it is sometimes beneficial to have a bad memory like mine!

2011-12 was a glorious period for you – you won a strong of Opens across the world, reached your peak rating until date. Going back the memory lane, what was so special about the period? Anything related to the way you worked or the people you worked with?

To be honest, I don’t really know what made me win so many tournaments in those years, but from what I remember, it is that I was hardly losing any games. This makes a huge difference in the open tournaments. 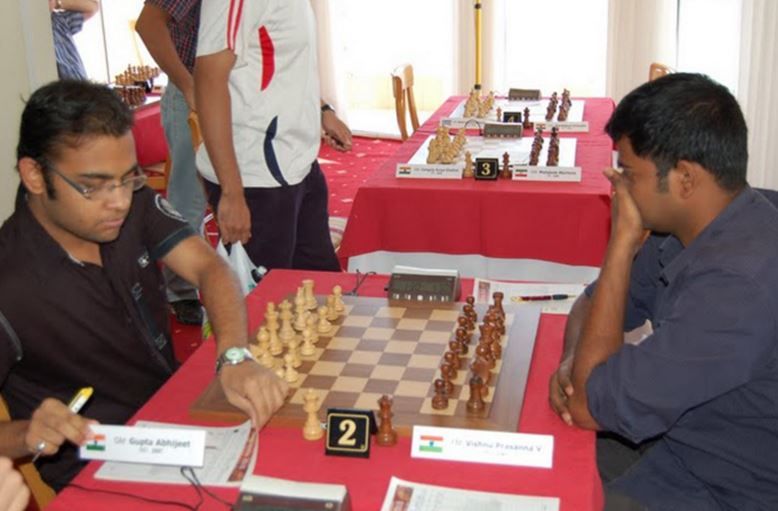 There are just far too many but the one I recall from my recent games was this game against Almasi in Gibraltar. When I was growing up I was a big admirer of Karpov’s game so maybe you can say my style is somewhat similar to his. 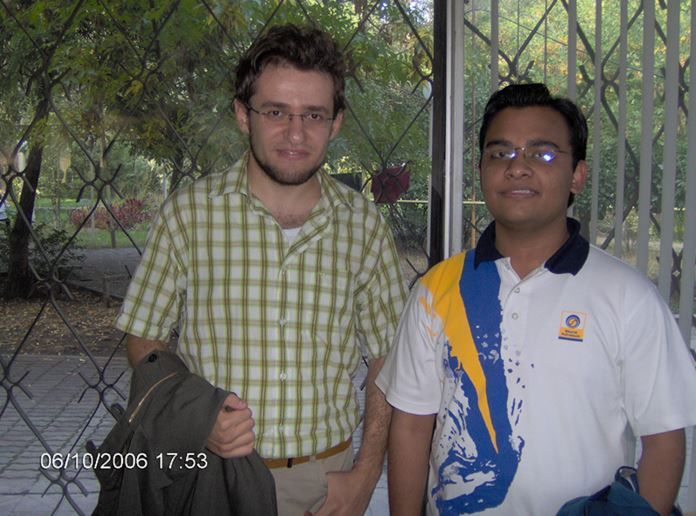 Then came the phase around 2013-14 when you went through quite a slump. What had been going wrong in this period?

Maybe, back then I was experimenting with my chess which didn’t go well. But you can’t really call it a slump -- I, more or less, maintained the same rating but yes, I wasn’t as consistent as before. I always had the ability to win games but now I also started to lose a lot of games.

I don’t tend to look that far ahead, but now that I have broken into the world top 100, my next goal would be to come into the top 50 rankings. More importantly, I will try and play consistent chess. I am going to participate in Asian individual in May, and I might play in some tournaments in Europe, but nothing has been planned as yet. 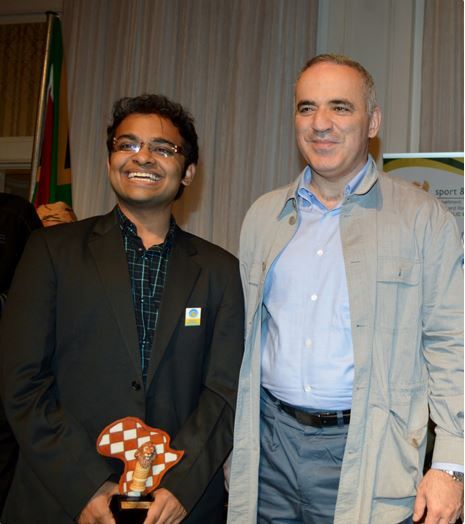 His smile says it all! Commonwealth Champion 2013 at South Africa.

What is your thinking process like during a game? For example, the opponent makes a move and then, is there any routine you follow? Or is it intuitive?

There is not a certain way that I follow while doing it. Sometimes, I sort of calculate some lines and sometimes I just go with my gut feeling. It’s too random in my case.

How did you work on chess when you were young? What books did you study?

I was mainly analyzing games from the Informant with my coach. If I remember correctly, my first book was “Road to Chess Mastery”, a book by the former World Campion Max Euwe. 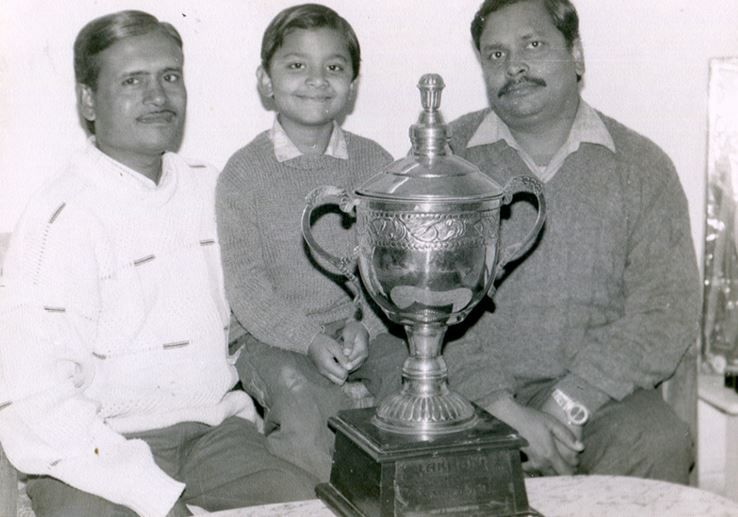 Abhijeet's early coach Mr. Kailash, on the left and father Ajay Kumar to the right 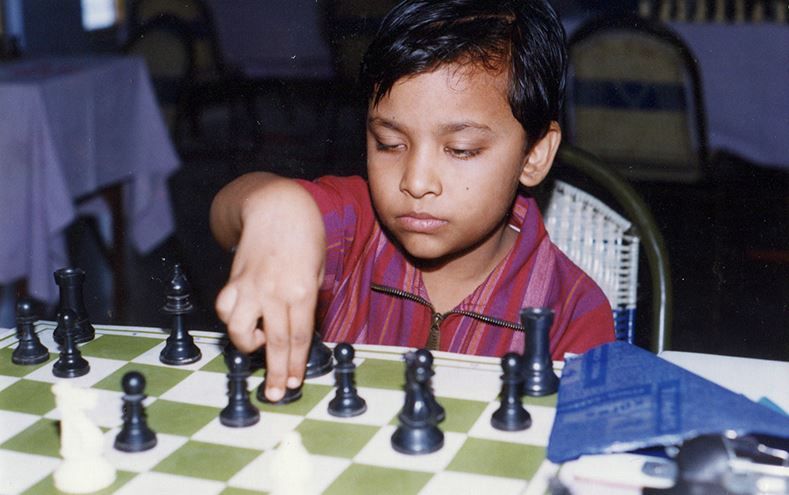 How do you work on it today? On an average, how many hours a day you work on chess: at home normally, in the run up to a tourney, during a tourney?

It’s mainly openings but I do make it a point so study classics once in a while.  Usually, I train for about 7-8 hours but it can vary. During the tournament, I prefer to preserve energy for the games so I try to keep it under 2 hours.

Let's say a student, serious about his game and ready to work hard, wants to improve his calculations, what would you recommend?

Analyzing your own games and analyzing any position, without the engines, definitely helps to improve your analytical powers during the game. 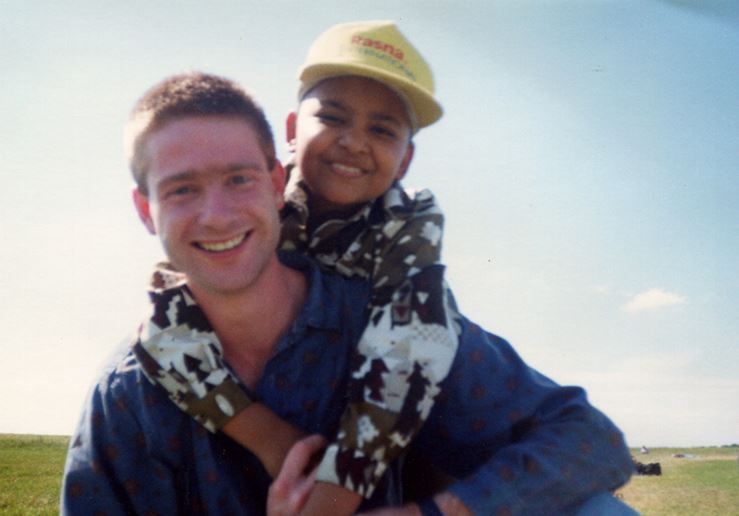 You say that improvement comes from analyzing your games. How do you draw the line between self-analysis and beating yourself over it, let's say when you lose? Do you have a 'method' to deal with it?

I usually analyze my games after the event, so when I don’t know how badly I played, how can I beat myself up for that!

It can help you to choose a particular kind of position to play against an opponent according to their tastes, but during the game, I just try and make the best moves possible. 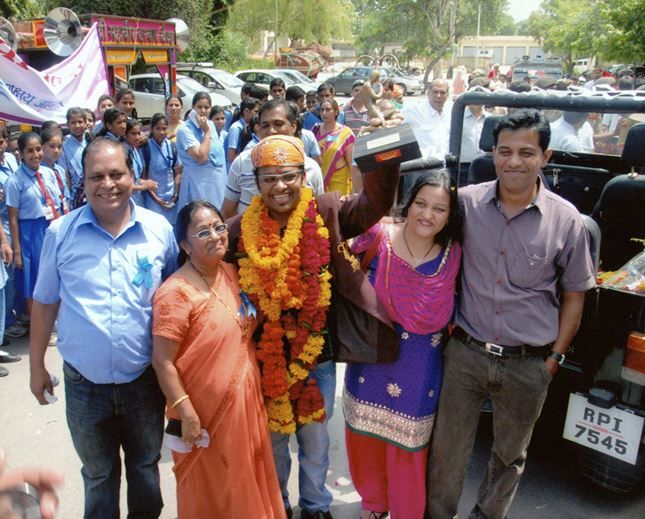 How did you enter chess? Do you remember how it happened? How was life back then as a junior player – in school and in tournaments?

My association with chess started when I was around five years old. It was one of those Sundays during my summer vacations when it was too hot to play outside and my dad was playing a board game with his friend from the neighbourhood. So just like every other child I became inquisitive about what he was doing and bombarded him with all possible questions about the game. That is how the journey began. 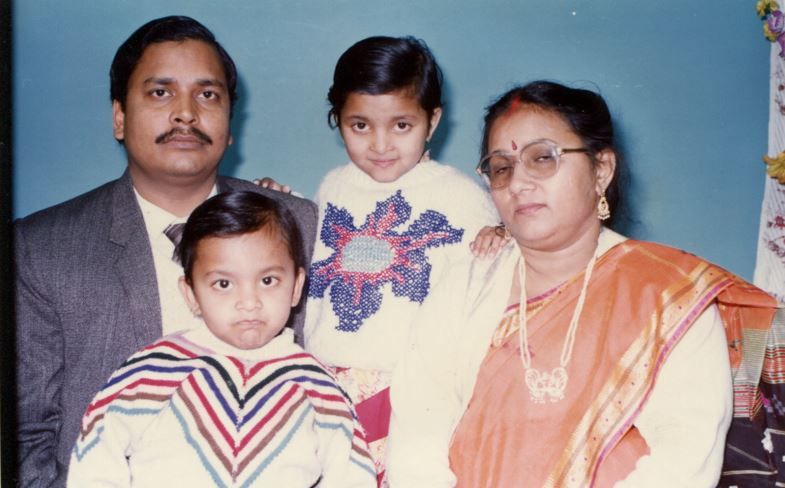 Then came my first Nationals in Mumbai. I had a good start and managed to win without complicating things like I do so often these days! Post the victory, I was happy but not overjoyed. But once I came back to my home, I got a grand welcome from my family and friends which made me feel no less than a hero. Besides that, I also got an opportunity to flaunt my trophy in the presence of school-mates which was a memorable experience. Those were the days! 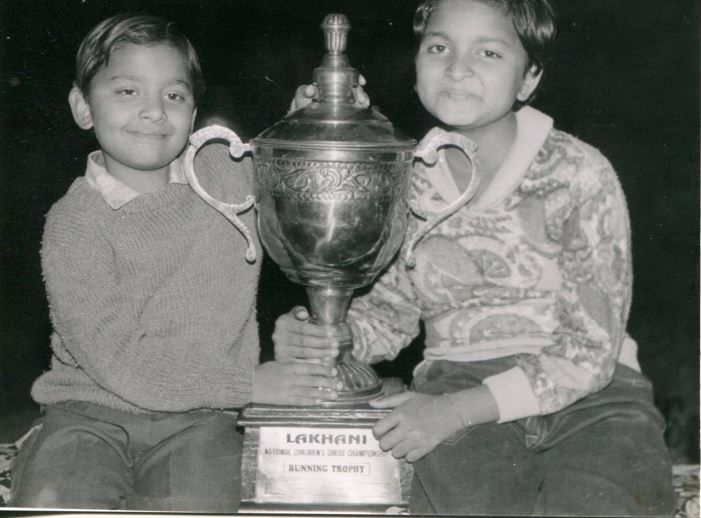 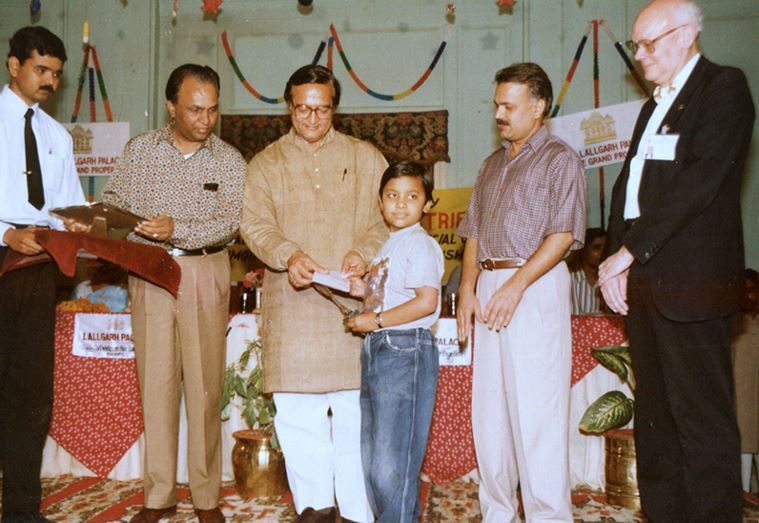 You can read Abhijeet's complete story in his website, here.

You won a spate of medals in all types of youth tournaments, but the World Juniors was like graduation to the higher leagues. How did your chess change after that? Sponsorships, etc.

Well, honestly, nothing changed much! I got some invitations to a few strong events and that is it. And, I got slightly famous in my city. 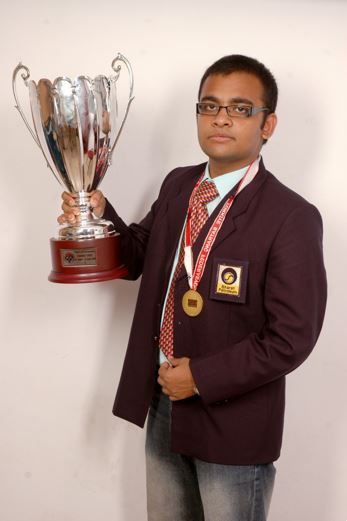 You are a part of BPCL now, yeah? How important is it to you to have that kind of stability?

I have been with BPCL since I was a 16-year-old. I must say I owe a lot to this organization. They backed me not only financially but also in other aspects of life.

You were and are a student of Vishal Sareen. Kindly describe his role in your chess career. If you had to give him a tribute, what would you say?

I have been training with him since I was fifteen, and now our relationship is more than that just of a coach-student.

Tribute: He is more like an elder brother to me. 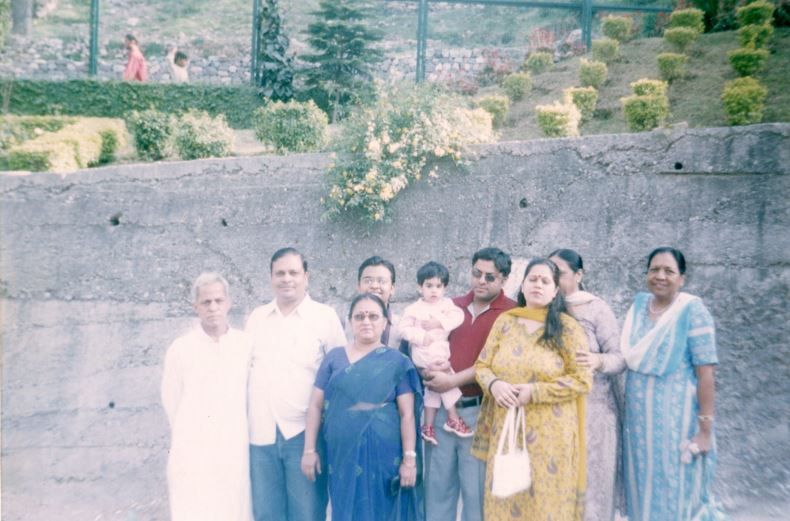 On the way to Vaishno Devi temple with Vishal's family 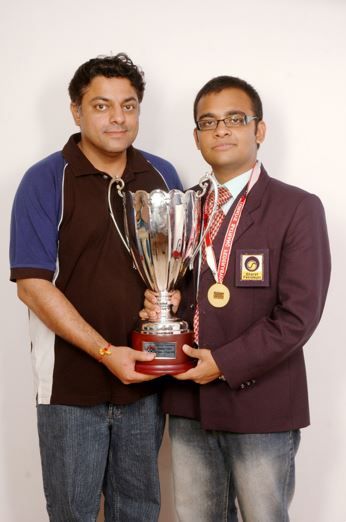