India and China are currently the two super powers in the chess world. While China has been dominating the world of chess by winning the Olympiad, Women's World title and having many 2700+ players, India has been steadily growing a horde of talented youngsters who are soon to take the world of chess by storm. Naturally a match between these two giants is looked forward to by great enthusiasm by the chess fans. 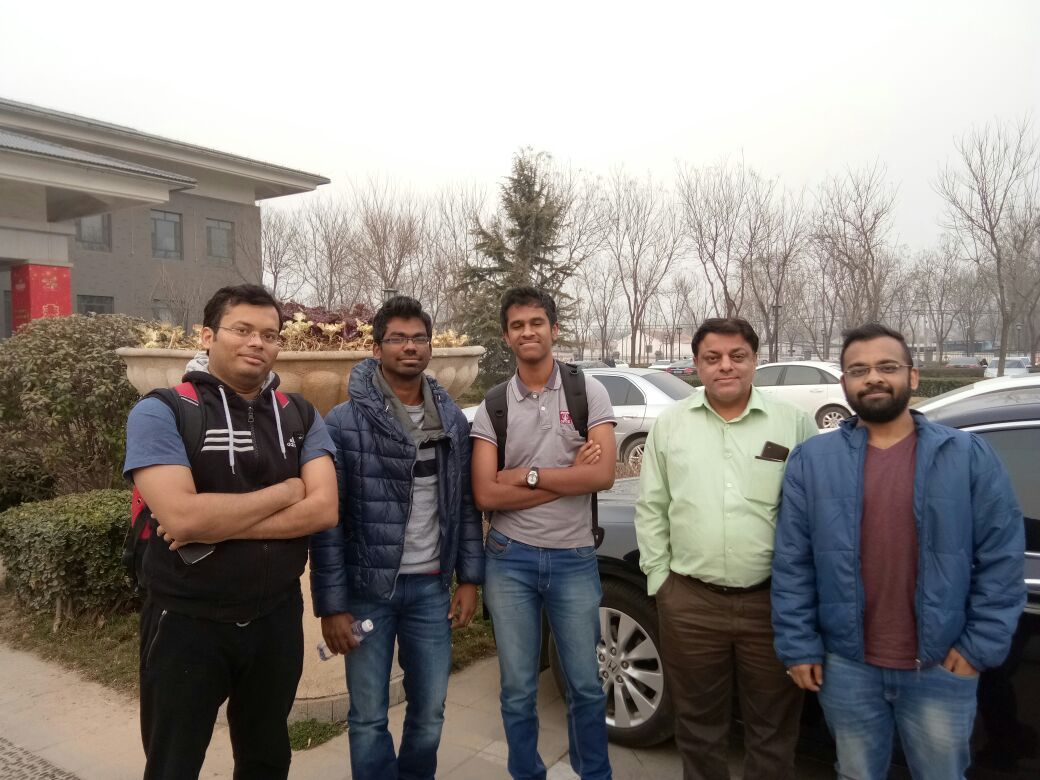 The Indian team consists of (from left to right): Surya Shekhar Ganguly, S.P. Sethuraman, Karthikeyan Murali, coach Vishal Sareen and Abhijeet Gupta
The match is being held in the Liaocheng city in China 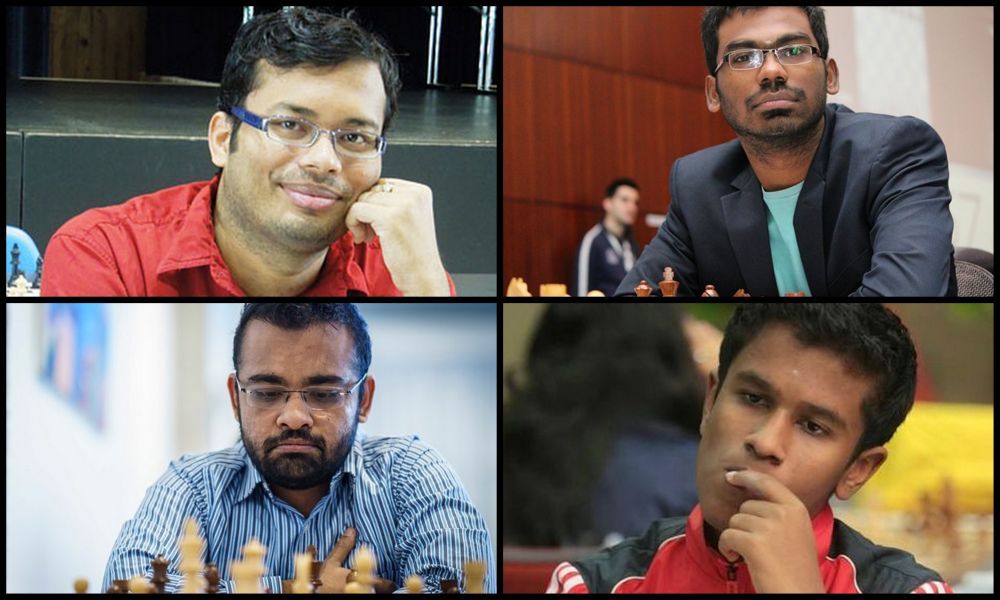 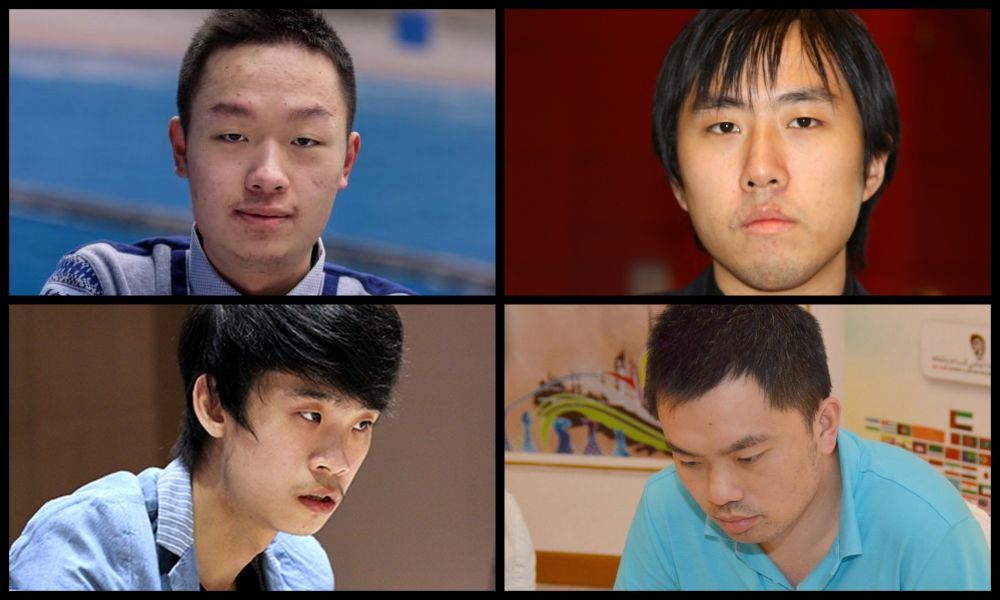 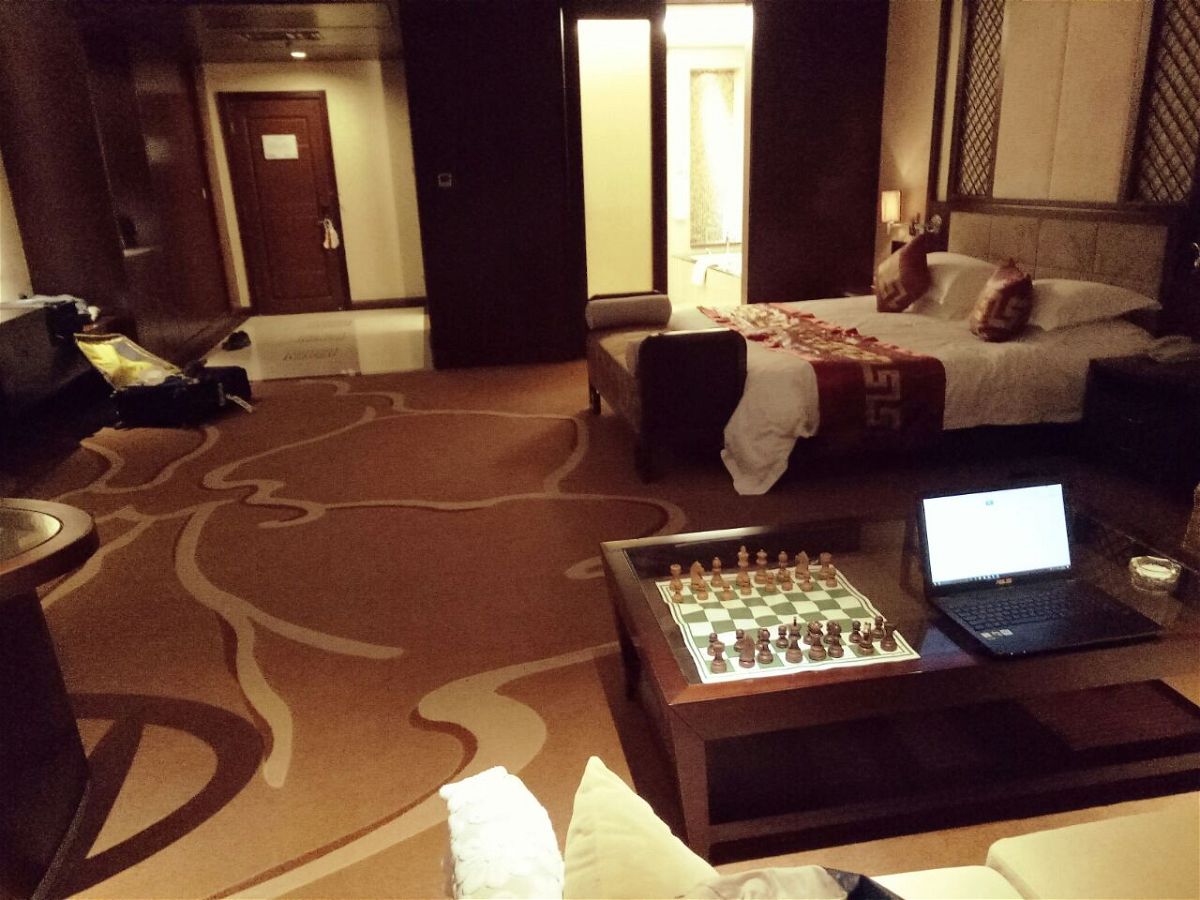 The Indian players have been given excellent conditions
The format of the tournament is Scheveningen, which means that all the players of one team play against every player of the other team. In short each player would be playing four games.
It was quite a setback to team India that Vidit Gujrathi did not get his visa for the trip. On paper China, with +50 Elo of rating average, are clearly the favourites. Karthikeyan Murali has played at this level by representing the country at the Olympiad in Baku. However, he played only two games over there in the first two rounds. This will be his first big test. But being the two-time national champion, he thoroughly deserves this opportunity.
China's weakness clearly lies in their bottom two: Lu Shanglei and Zhou Jianchao. Wei Yi is clearly the strongest and Bu Xiangzhi with a raitng of above 2700 is not one to be messed. Yet, an inspired team India is capable of achieving just about anything. You only have to remember the last round of the Asian Individual where Sethuraman was able to beat Wei Yi with the black pieces and clinch the title!
Games begin from 5th of March and it will be a very interesting tournament to look forward to. ChessBase India will bring you all the updates.