R. Balasubramaniam: An IM who knew no opening theory

Can someone become an International Master without having much knowledge of opening theory? Is it possible that a person could master the game by merely playing it, without using books, software or databases as aid? In the contemporary scenario at least, the logical answer to this seems to be a big NO (yes, in all caps!). But when Ganesh Dorairaj told us about IM Ramnath Balasubramaniam, we were flabbergasted. He is one of those extremely gifted players who has made it to the IM title without using any external aids, be it computers or books. He's done it all by playing and watching the games of other players! Read and be fascinated.

Today, we chess players, live on computer aid. Grandmaster training, books and an inexhaustible quarry of opening knowledge verified by a quasi-perfect computer engine form the arsenal of the modern chess player. In this day and age, if someone were to say that it’s possible to master the game and excel at it without any of these resources, the argument would be dismissed as ludicrous. But what if there was a man who played chess for the pure love of it and his zeal to master the game knew no bound? Who knew no theory but just loved playing? And what if this man reached up to the level of an International Master with this “rudimentary” training? What would you call it then? Fantasy? Magical realism, perhaps? Or a downright apocryphal tale? 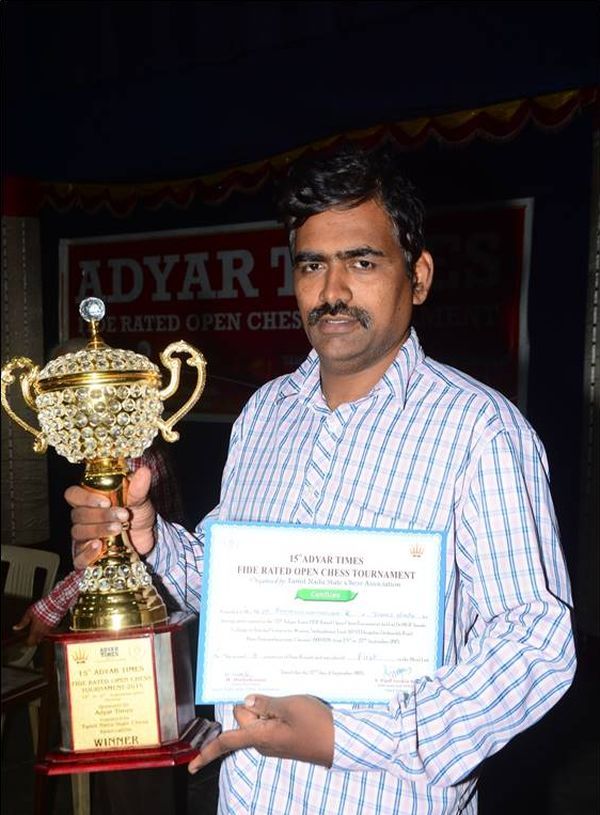 Yes, such a man does exist and he is IM R.Balasubramaniam

I came to know about Ramnath Balasubramaniam – Bala as I would like to call him – nearly 25 years ago. Regular meetings in Tamil Nadu chess circuits brought us closer. He was a shy man, unwilling to move freely with players from big cities. Bala picked up chess from his brothers at an early age and had fallen in love with the game instantly. He wasn’t very well educated. In fact, going through annotations was something he had trouble with, and therefore he would choose to skip that part. But he loved playing through games. Once he had a chess book in his hand, he would go through each and every game. Neglecting all annotations, he would draw his evaluation from his own understanding and grasp as much as he could this way. 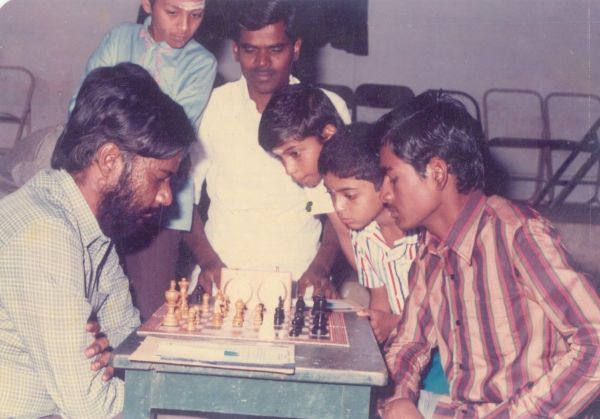 When it came to preparation, all Bala has learned is by playing. He would play relentlessly for any number of hours until his opponent was exhausted. As for him, playing chess itself was relaxation. When he took a break during these marathon sessions of continuous chess playing, he would love watching movies. And once a movie was over, the battle on ground 64 would resume with renewed energy! 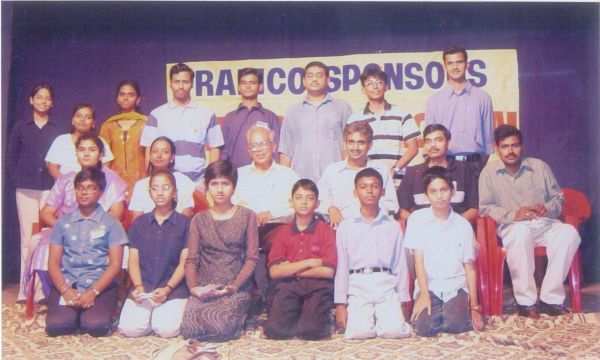 Learning the game just by playing it helped him reach unimaginable heights. Of course, for any modern chess player, this would be something puzzling. But the guy actually won the National B tournament with his “over the board learning”. Believe it or not, he was unrated at the time! What’s all the more surprising is the fact that he became an International Master in 2005 and has won more than 75 title prizes in Open tournaments thanks to this very method of learning. 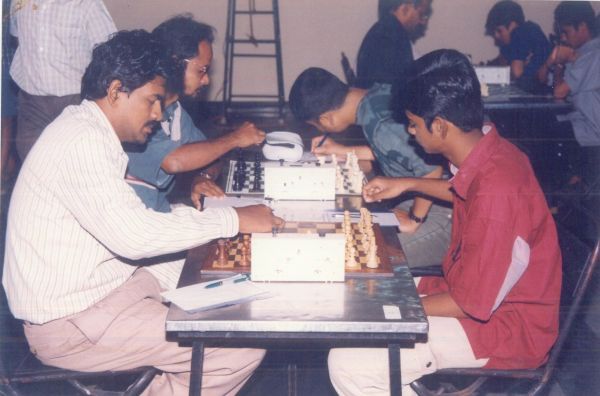 Giving a lesson to youngsters who came booked up with the latest theoretical innovations!

Another important thing about his personality that led to his success was fearlessness. He absolutely did not fear anybody – be it a higher rated or a titled player, he would just play as though it was just another game. I found this quite similar to Rubinstein’s temperament. When the great Polish genius was asked whom he was playing that night, he simply said, “Tonight, I’m playing the black pieces”! Bala has a similar approach and this approach of not caring who his opponent was, helped him give even the best grandmasters a run for their money once he got a playable position. Amusingly enough, a lot of good players have quit chess because they were tired of losing to him!

Here is a game of Bala, which shows his style of play. He makes simple moves and beats one of the best players of India during that period - G.B. Prakash. 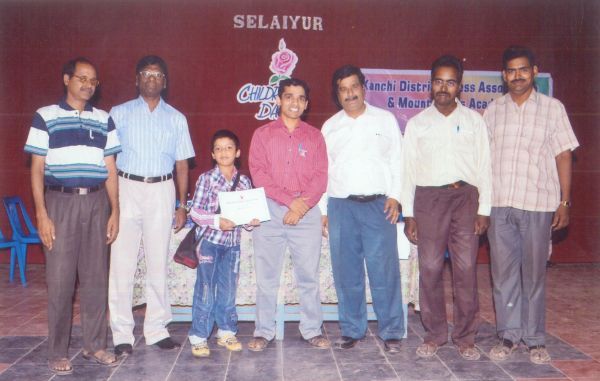 Bala (on the right) at a prize giving ceremony. Also in the picture is India's top grandmaster Sasikiran Krishnan.

I tried persuading him several times to take formal training, to use more sophisticated methods of learning. I have no doubts in my mind that Bala would have become a Grandmaster had he done things more professionally. Alas, my propositions would always be rejected. Lack of finance or sponsorship was another factor that inhibited his progress. There is no doubt in my mind that Bala is immensely talented. When it comes to chess, he learned it all by himself – without any aid from databases, software or anything explained in a book. Had chess been a bit kinder to this one of its poorer devotees, who knows what might have transpired of him? 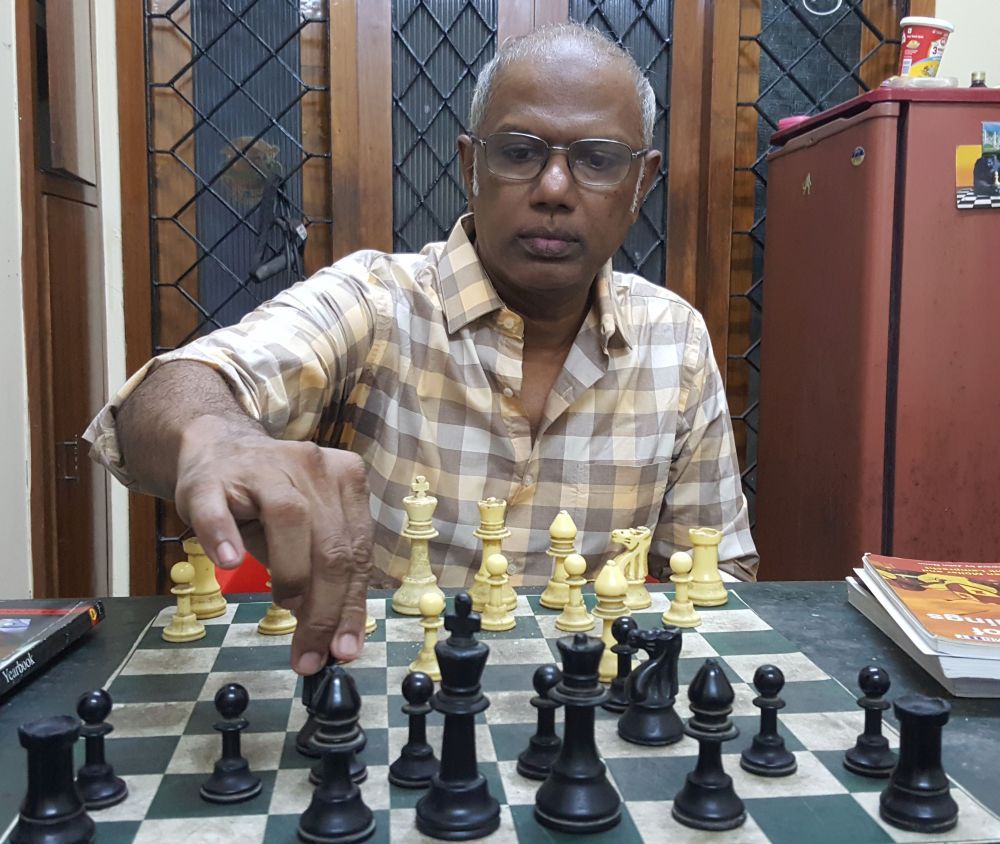 Ganesh Dorairaj is an ardent lover of the game and extremely passionate about chess. He has a coaching experience of nearly 16 years and is also a trainer at the famous Chess Gurukul Academy in Chennai. He worked extensively with young Ashwin Jayaram and took him past the IM level. He would be interested in training chess players who are extremely passionate about the game. You can reach him on his email: ganesann64@gmail.com. One of his best achievements as a chess player is a draw with the five-time World Champion Vishy Anand in a one on one game (expect an article on it soon!).