A unique match between chess schools of India and Georgia!

On June 29, 2017, a one-of-its-kind match was organised between the Indian Chess School and the Zugdidi Sports Chess Club, Georgia (ZSCC). The match was held online with a time control of 25m+10s. Eight young players - four from each club - participated in this unique event and despite a big rating deficit (ZSCC's 1401 against ICS's 1286), lads representing the Mumbai-based Chess were able to hold their Georgian opponents to a 2-2 draw. A detailed report by Praful Zaveri.

On 22 of May 2017, I received a mail from Mr Giorgi Beria, the Director of Zugdidi Sports Chess School from Georgia, to schedule a friendly online match between his chess school - Zugdid Sports Chess School (ZSCC) and Indian Chess School on 29 June 2017 at 16.30 IST (15.00 hours local Georgian time).

The offer was simply thrilling in view of the fact that players from our school had indeed participated in international events but had never had an experience of playing online with a team from another country. And, that too, a nation like Georgia which boasts of strong chess tradition. It was really a pleasure to accept this unique challenge.

The match was to be played over four boards with a time-control of 25m+10s and the platform was the server of Zugdidi at Lichess.

The board order for the match was as under: 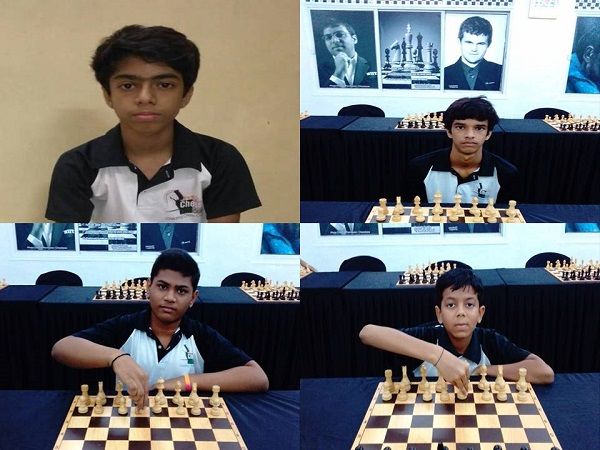 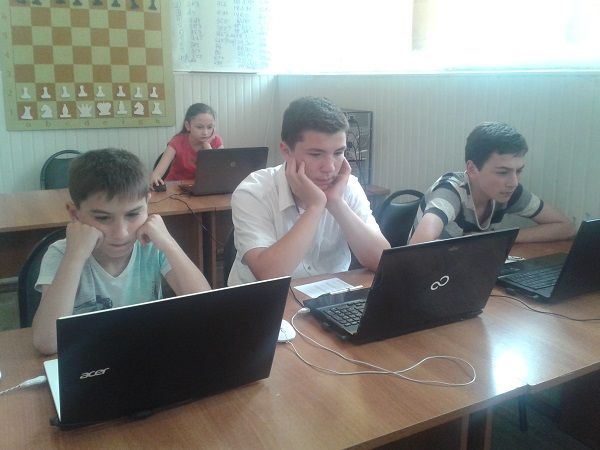 With an average rating of 1286 as against 1401 of ZSCC, we were clear underdogs but the boys came out with an inspiring show to share honours with 2-2. The results of individual boards are as under:

It was a King’s Indian with White going in for early deviations with 4.Bg5. However, Shubham was able to maintain equality and his position started getting better after he was able to fracture the king-side pawn structure of Sartainia. A tactical skirmish allowed him to win a pawn on the 35th move and convert his advantage into a full point on move 59.

On board 2 Naqopia surprised Deepak with the Nimzowitsch Defence, which later got transposed to Scandinavian. The opening seemed to have caught Deepak off-guard as Naqopia was able to win a pawn early in the game. However, his eagerness to exchange pieces made him waste too many moves with his Queen and also saddled him with jammed king-side. With a Knight sacrifice, Deepak was able to expose Black’s King and win Naqopia's Queen. The game ended in a win for Deepak in 41 moves.

The board 3 game between Shamatova and Pratik was irregular Queen Pawn opening which went on equal footing till move 29. However, an inaccuracy in time-trouble by Pratik allowed Shamtova to win material and put Zugdidi in lead (this was the first game to conclude).

In this game, Tejas was better all the way. And after an error by Shonia on move 23, he could have won a full piece. However, he was not able to find the correct continuation and lost the game.

Thus, the match ended in 2-2 and honours were shared by both the teams. 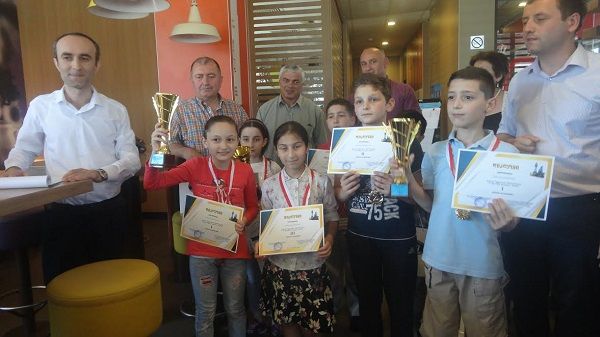 For the players, this was a unique experience of playing as a team against a team from another part of the world. They are now looking forward to more such events in future. 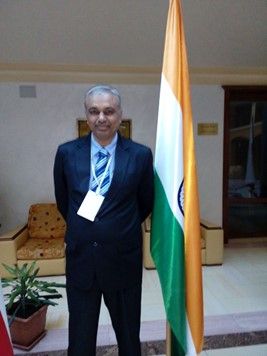