One of the most prestigious chess events on Indian soil - the Inter Railway meet was held in Vadodara, Gujarat from the 17th to the 22nd of June. Some of the strongest grandmasters and International Masters employed with Indian Railways participated in the event. The winner was the team from Integral Coach Factory (ICF). Silver went to South Western Railways and bronze to Western Railways. The indvidual event was won by GM Swapnil Dhopade who has sent us his nice win against IM Arghyadip Das.

Photos from the Facebook page of National Academy of Indian Railways

One of the reasons why chess in India is booming is Indian Railways. This company, which is owned by the Government of India, has recruited thousands of chess players in the past. The sheer fact that one could earn a job in Railways thanks to chess playing skill has prevented people from quitting the game for sustaining a livelihood. Today many of the top grandmasters and International Masters are employed with the Indian Railways. They get a decent salary and often they do not even have to go to work. Now this is some really high class support. 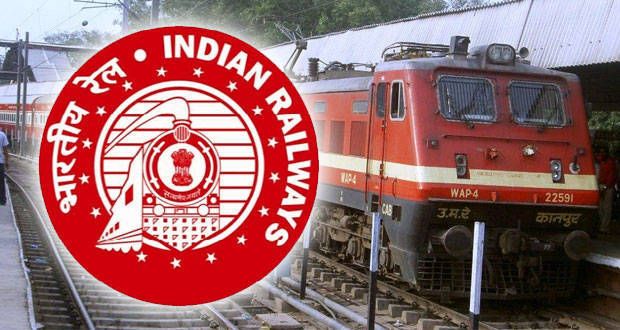 Did you know the first passenger trains ran from Bombay to Thane in 1853! That's 164 years of existence! Truly the lifeline of India. 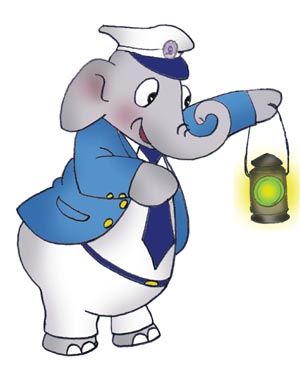 Bholu the elephant is the official mascot of the Indian Railways

The 30th National Inter Railway team and individual tournament was held from the 17th to 22nd of June 2017 in Vadodra, Gujarat. This is one of the most important events for all the players employed in Railways. Sometimes the fact that they would get half day or full day offs for working on chess depends on their performance in this tournament. The teams that finish in top three usually get privileges of not attending work and playing more tournaments throughout the year. 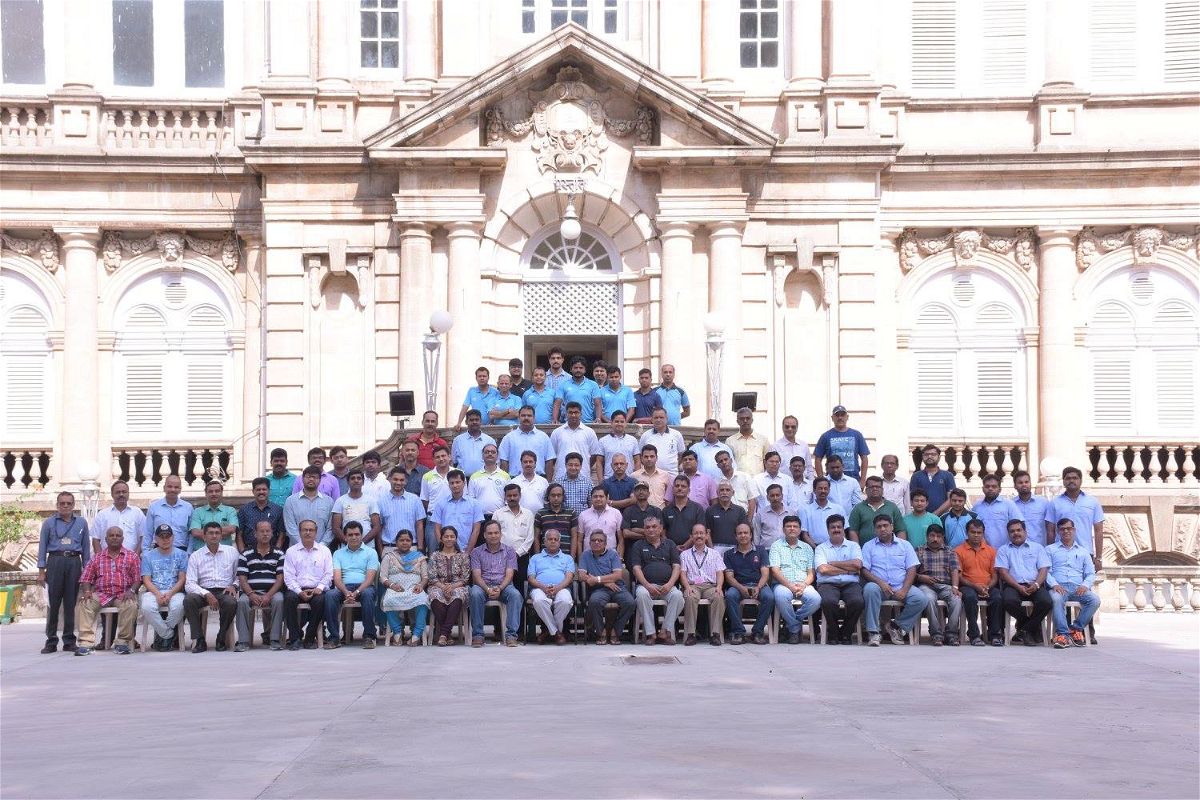 The entire Indian Railway chess family met in Vadodara, Gujarat for the 30th All India Railway 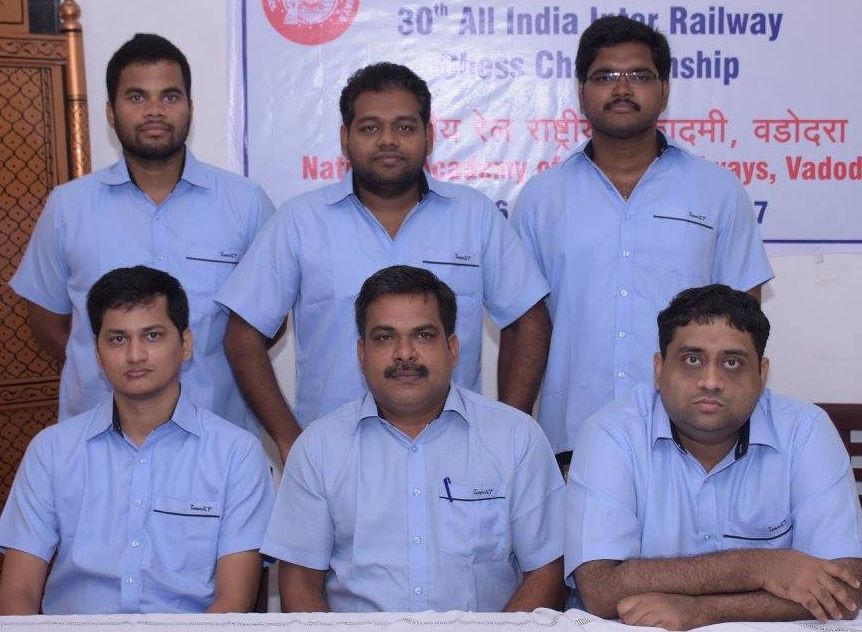 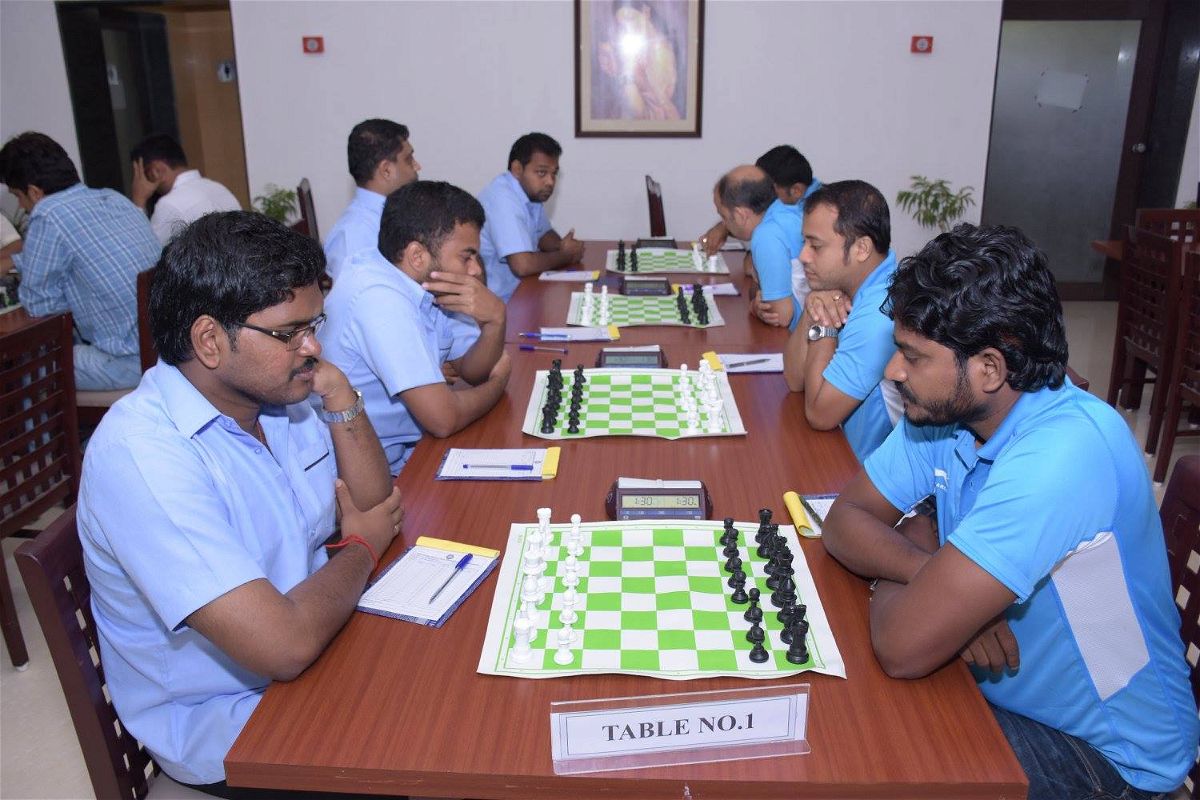 Each and every player contributed in the team's excellent performance. Deepan did quite a bit of the scoring, by making 5.0/6. 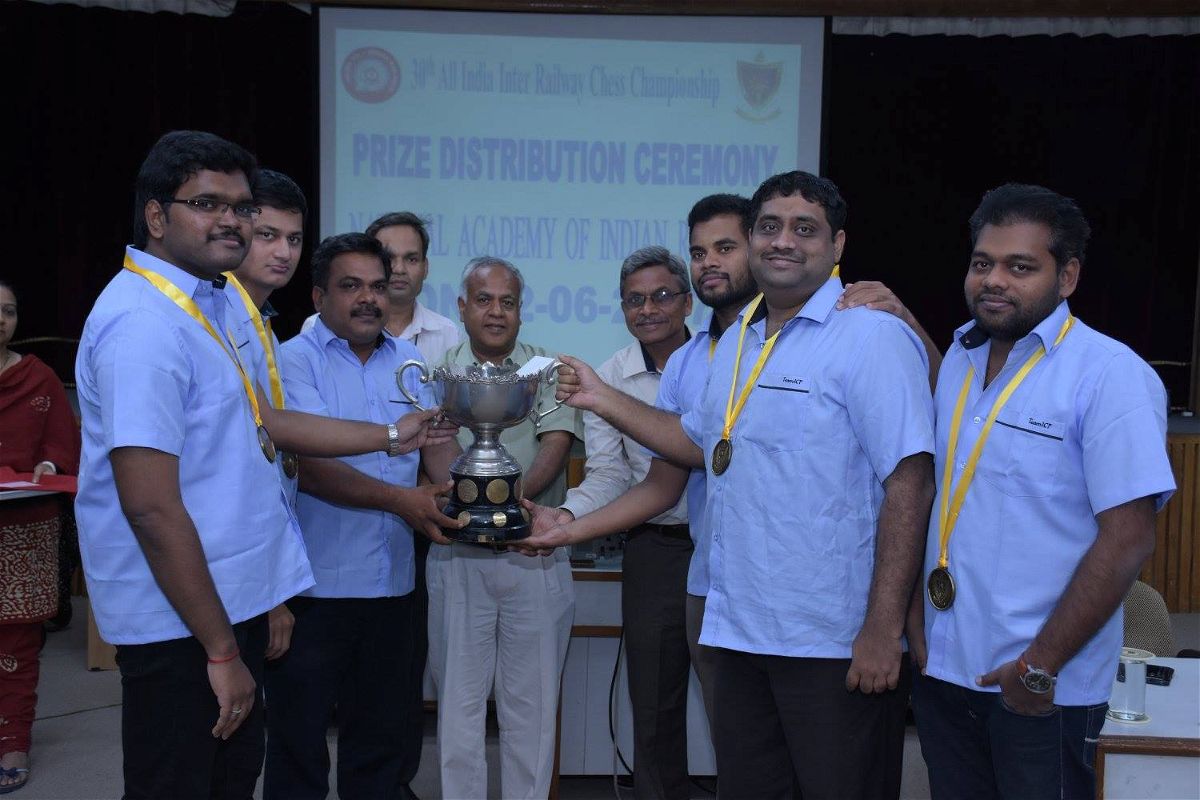 The team winning the champion's trophy and the gold medal 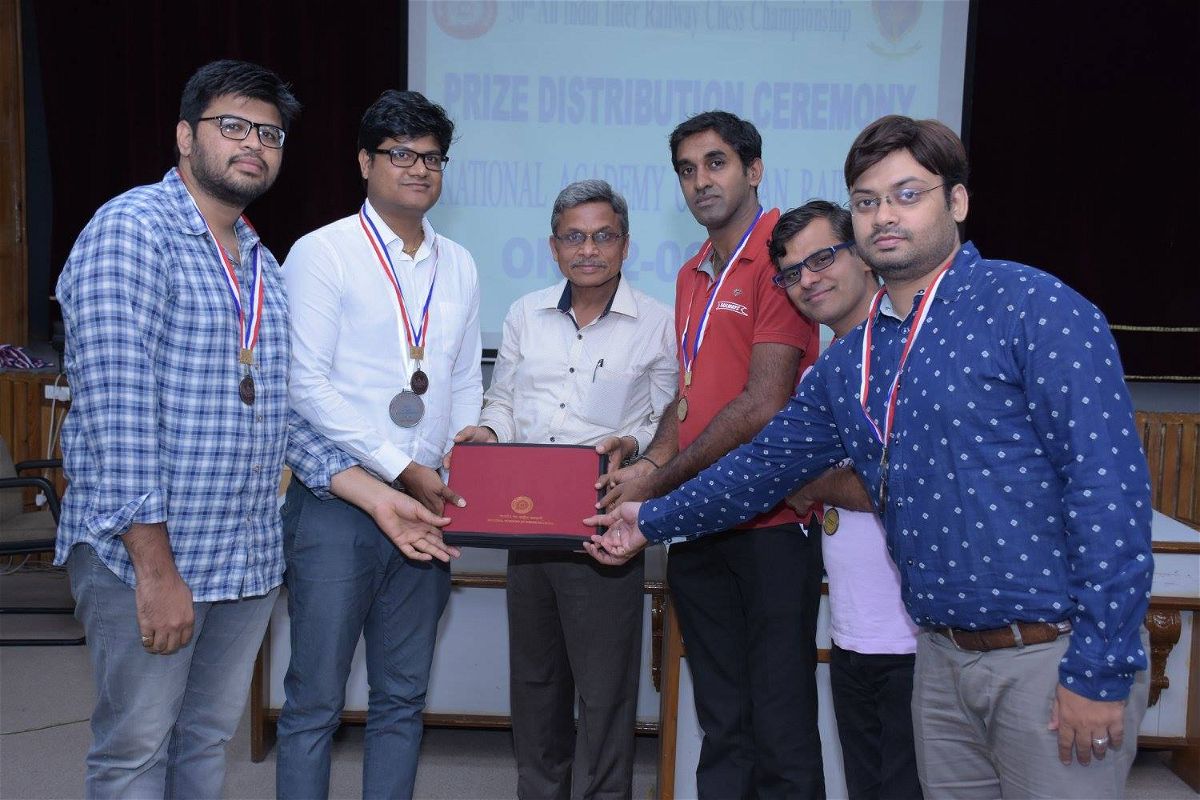 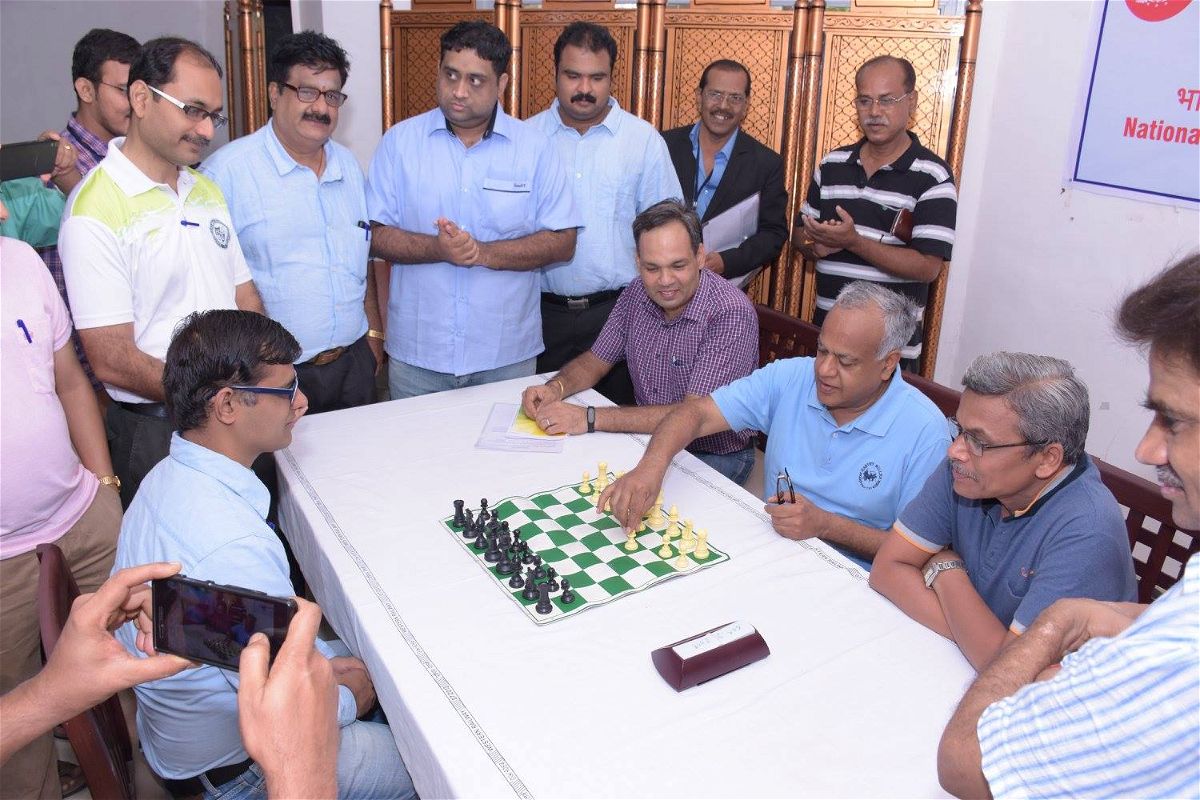 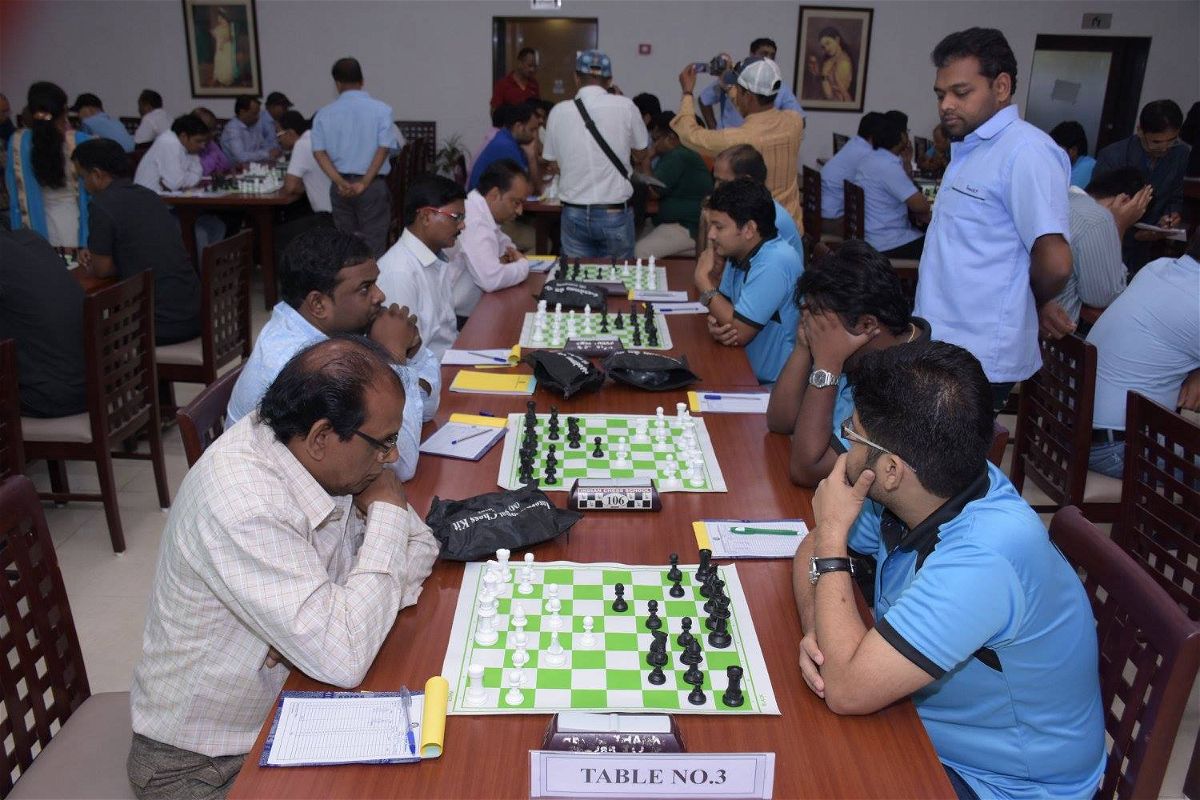 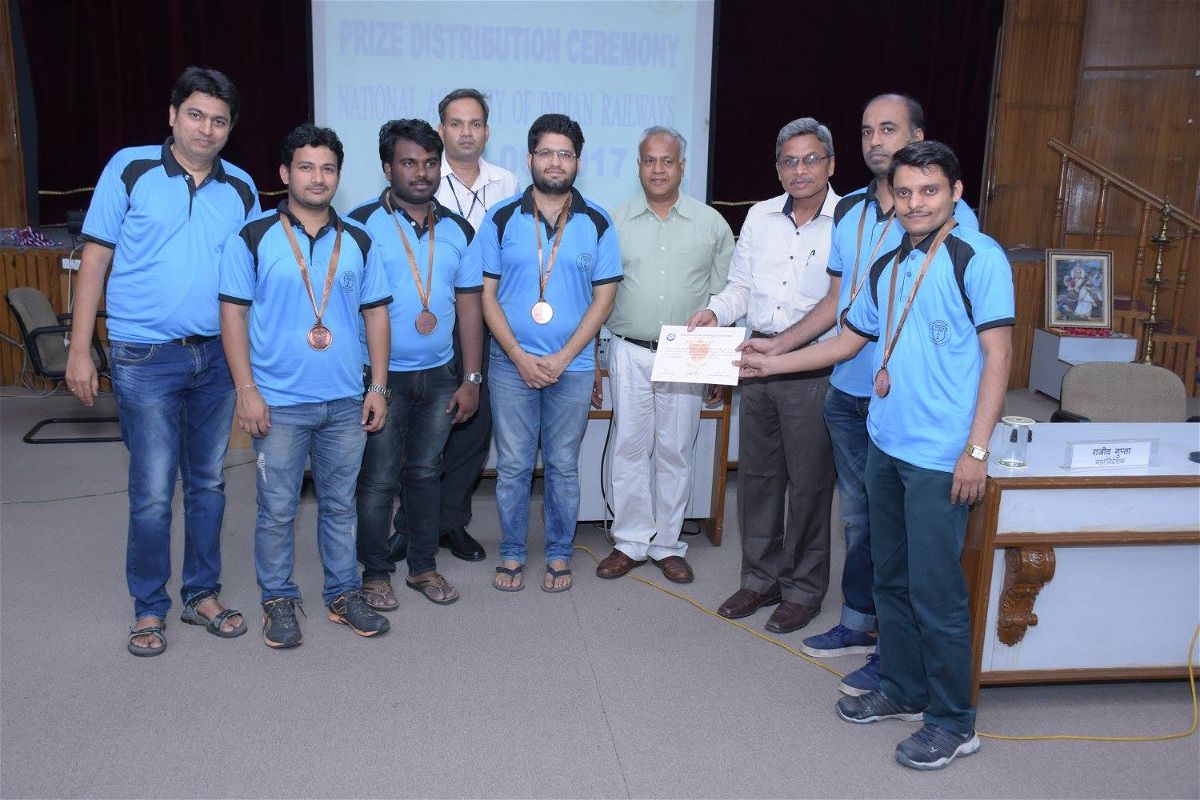 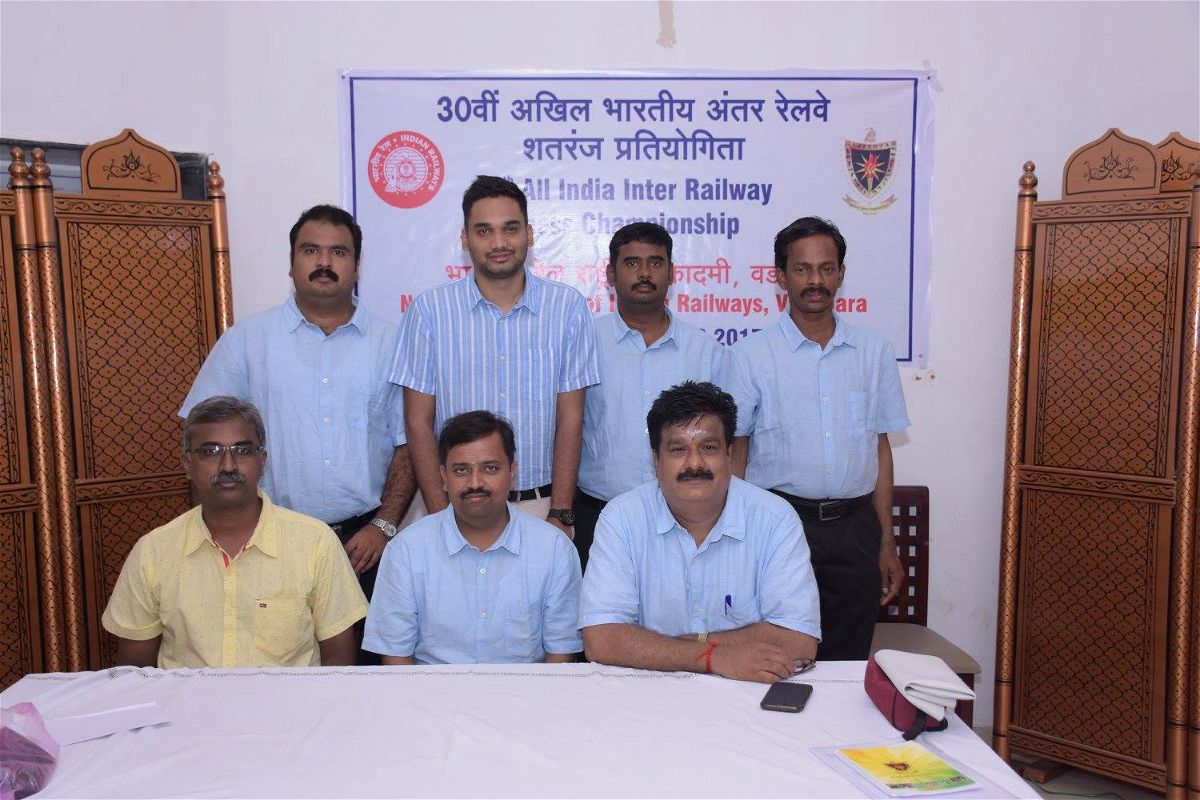 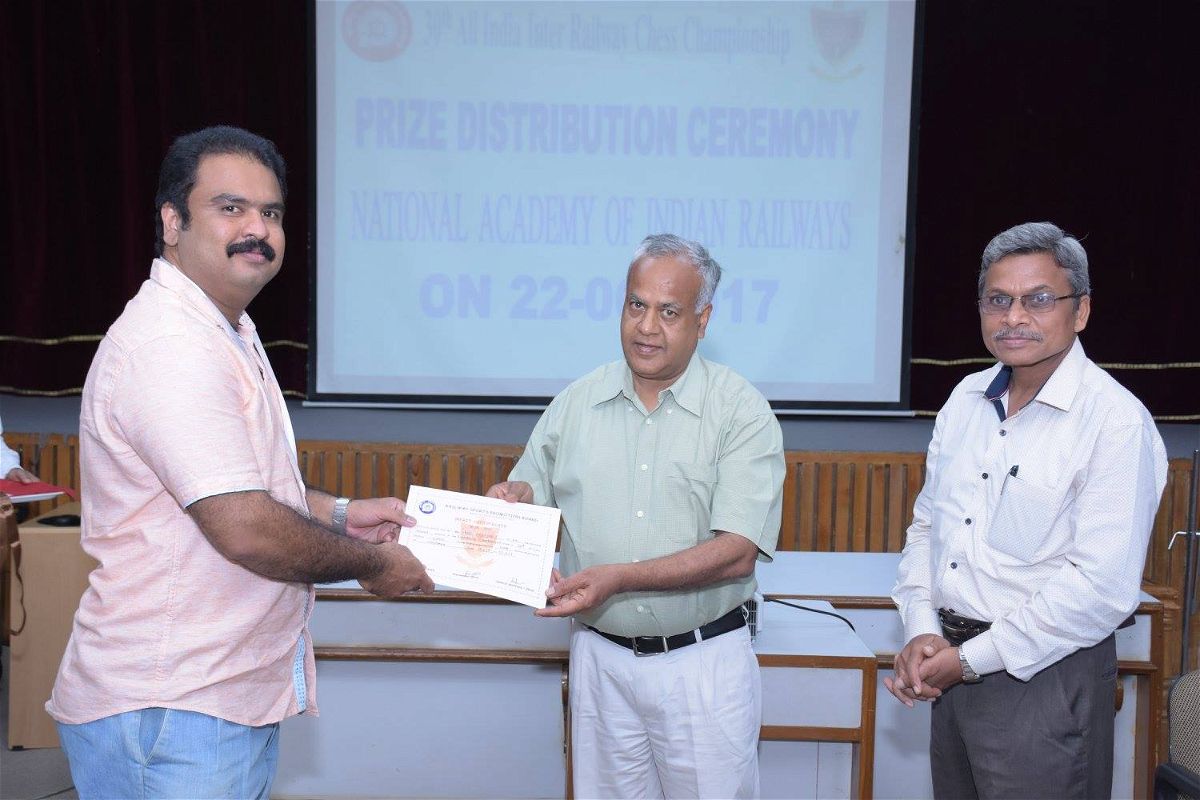 IM K. Rathnakaran was the highest scorer of the event. He made 5.5/6. 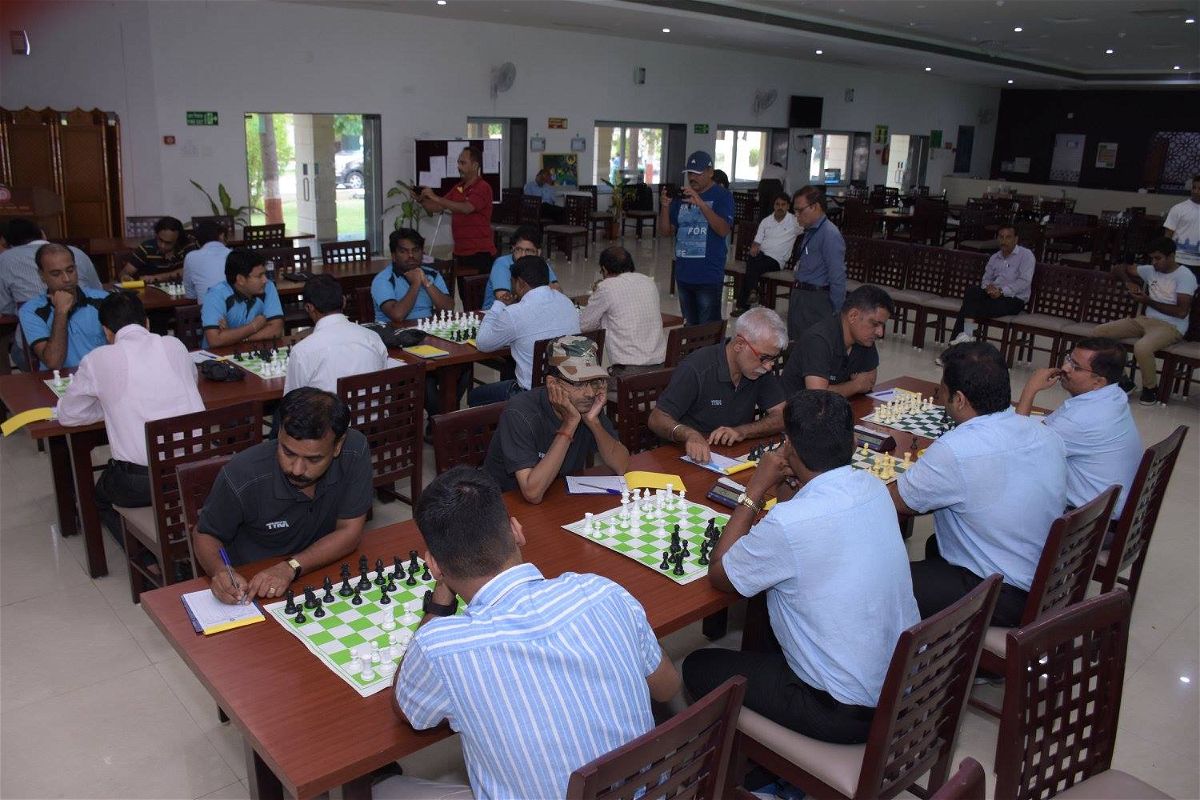 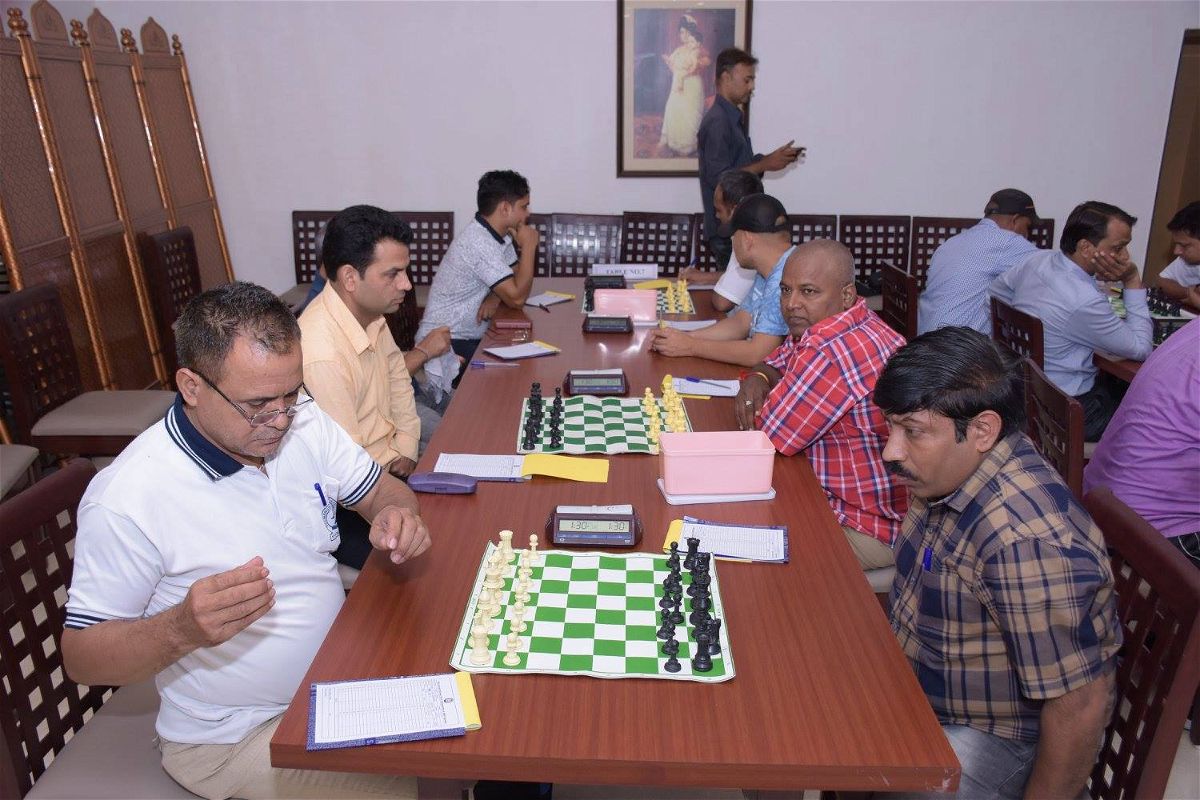 It was good to see IM P.D.S. Girinath on the chess board after quite some time 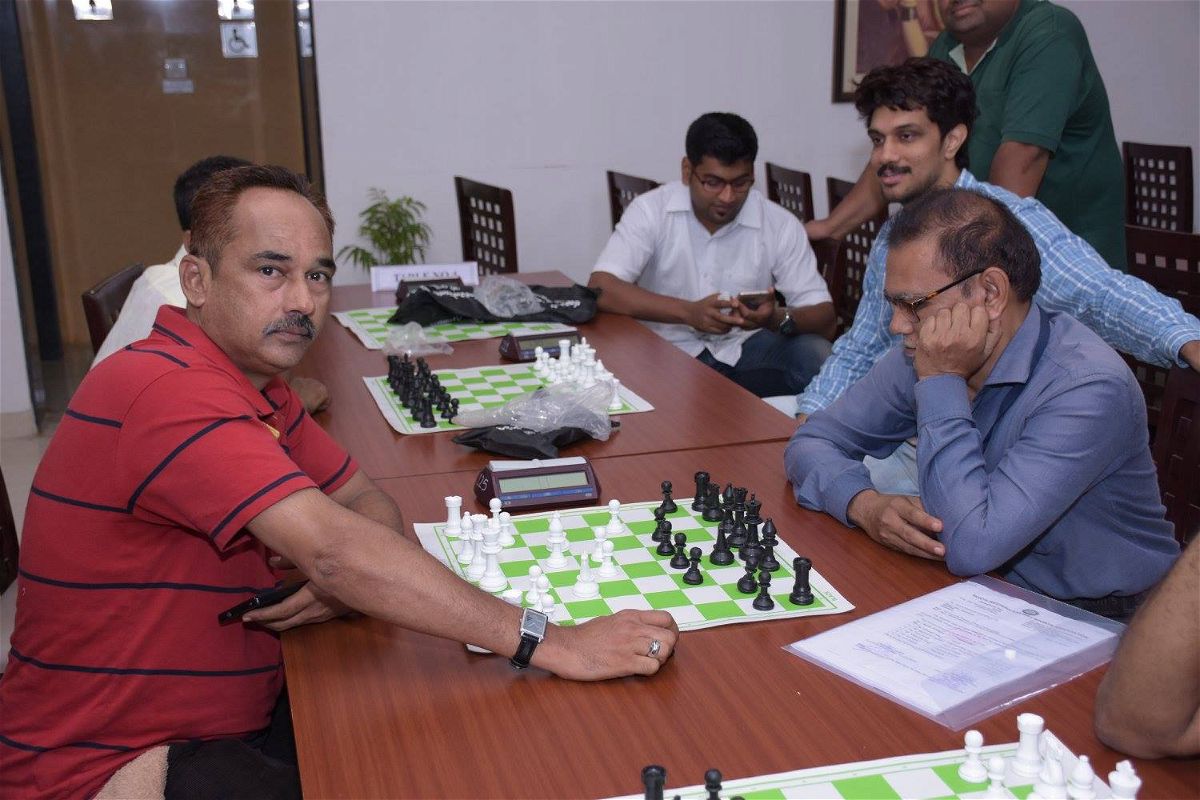 Central Railway's Feroze Mulla is a huge chess lover. His team, however, didn't do well and they finished 11th. 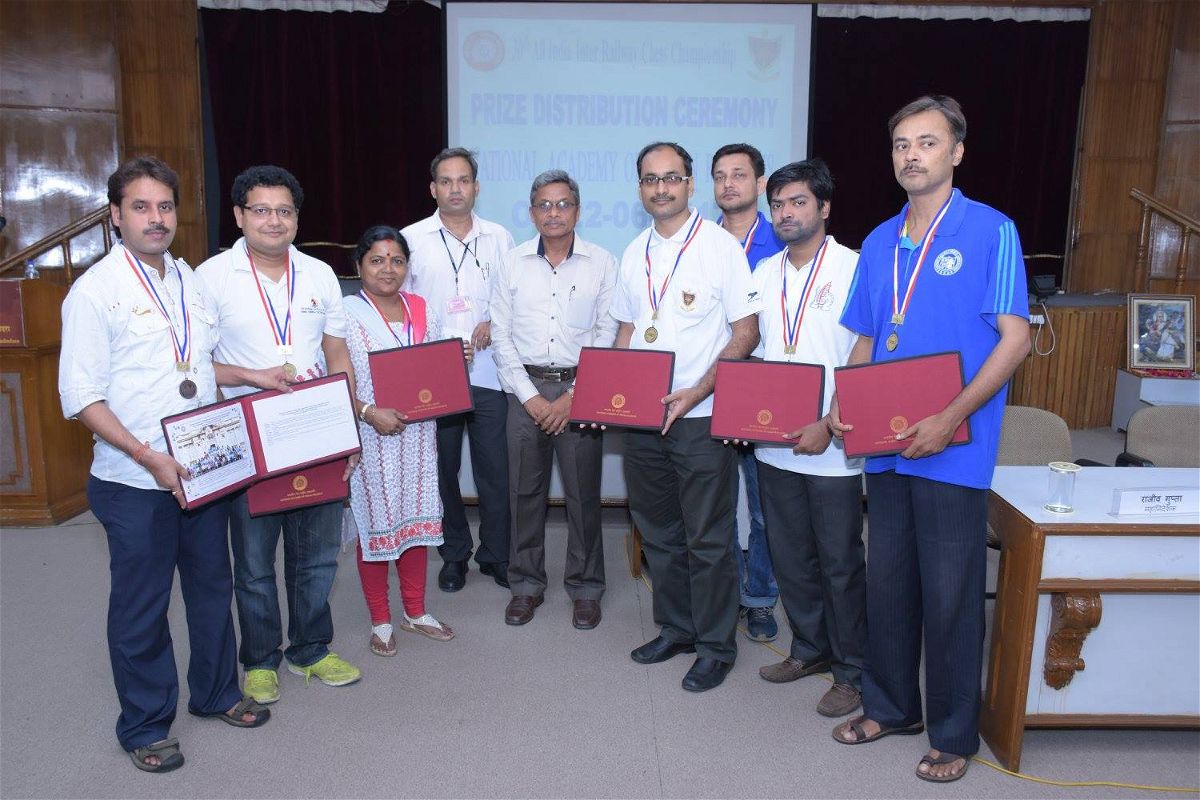 The team of Eastern Railway that finished fifth

After the team tournament, the individual event was held. It was a eight round tournament that was won by GM Swapnil Dhopade with score of 6.0/8. In fact Ratnakaran also had the same score and also the first two tiebreaks were also the same. On third tiebreak, it was Swapnil who picked up the bronze medal. 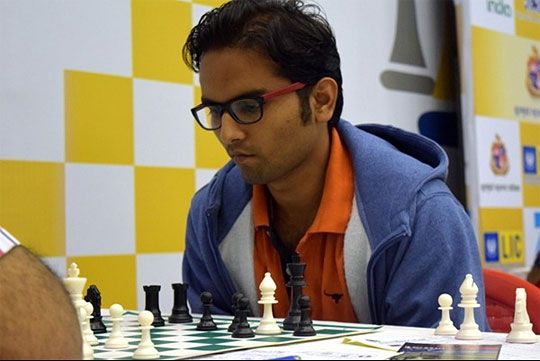 After a dismal show in the team championship where he scored just 2.0/5, Swapnil Dhopade picked himself up and won the individual tournament 2017