He doesn't like to speak much, he prefers to be on the chess board where he can let the moves do the talking. Behind his calm and serene outlook lies intense determination to become the World Champion. Meet the crown prince of Indian chess - Pentala Harikrishna. The only player from India after Vishy Anand to break into the 2750+ league. And today, on 10th of May 2016, he turns 30. Just in case you were wondering what Yusupov and Rubinstein are doing in our thumbnail, read on to know the reason! 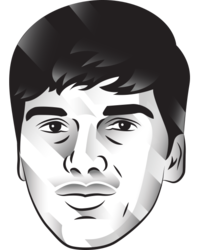 Pentala Harikrishna turns 30 today. We can safely say that after Vishy Anand he is the best chess player to have ever played for our country. When you go over Harikrishna's games there is something thoroughly unique about them. It's like standing on top of a mountain and breathing in fresh air. These days it is impossible to be at the top without the use of computer engines, but Harikrishna likes to use them to a minimum. In his games you always see the human element. He prefers to think with his own mind rather than look blankly at the computer evaluations. That's why you can hardly see him blundering. In many ways, his games are like the seventh World Champion Vasily Smyslov's. Smooth positional play with a keen eye to swift tactical finishes. You will be able to witness that in the positions that we present to you in this article. 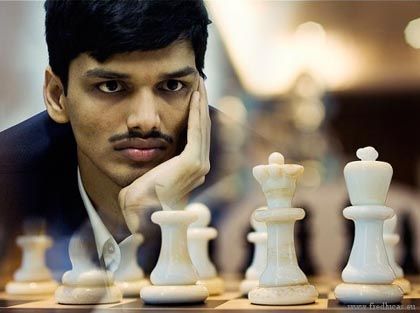 A battle hardened fighter and the current World number 12, Harikrishna prefers that his moves on the board do the talking. What better way to pay our tribute and respects to this champion, than to watch some of the best games of his career. One day prior to his birthday we asked Harikrishna about his favourite game of chess and he gave us three options to choose from:

You can find all the three games in this article, but first let's begin with the Hari-Morozevich encounter. 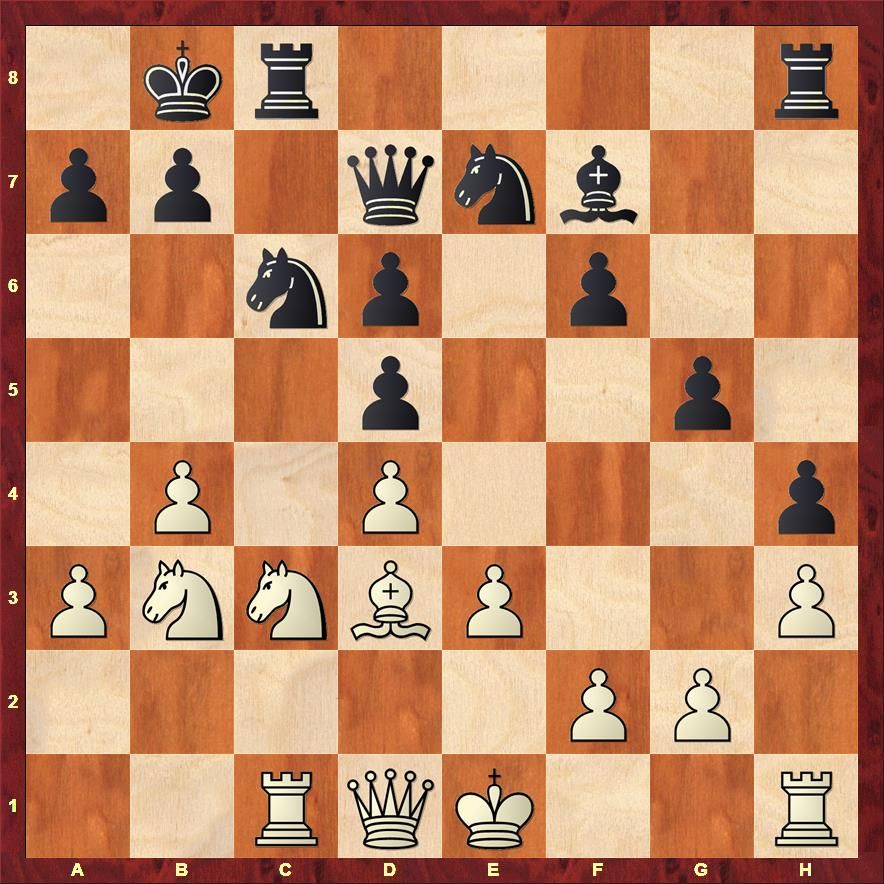 Can you find Harikrishna's (White's) highly original idea? We recommend that you take 10 minutes on the clock and write down the solution.
Before we go ahead and reveal the answer to you, we would like to rewind the clock by 30 years! 1986 - Artur Yusupov with the black pieces was facing Andrei Sokolov in Riga, Latvia.
Sokolov - Yusupov, 1986 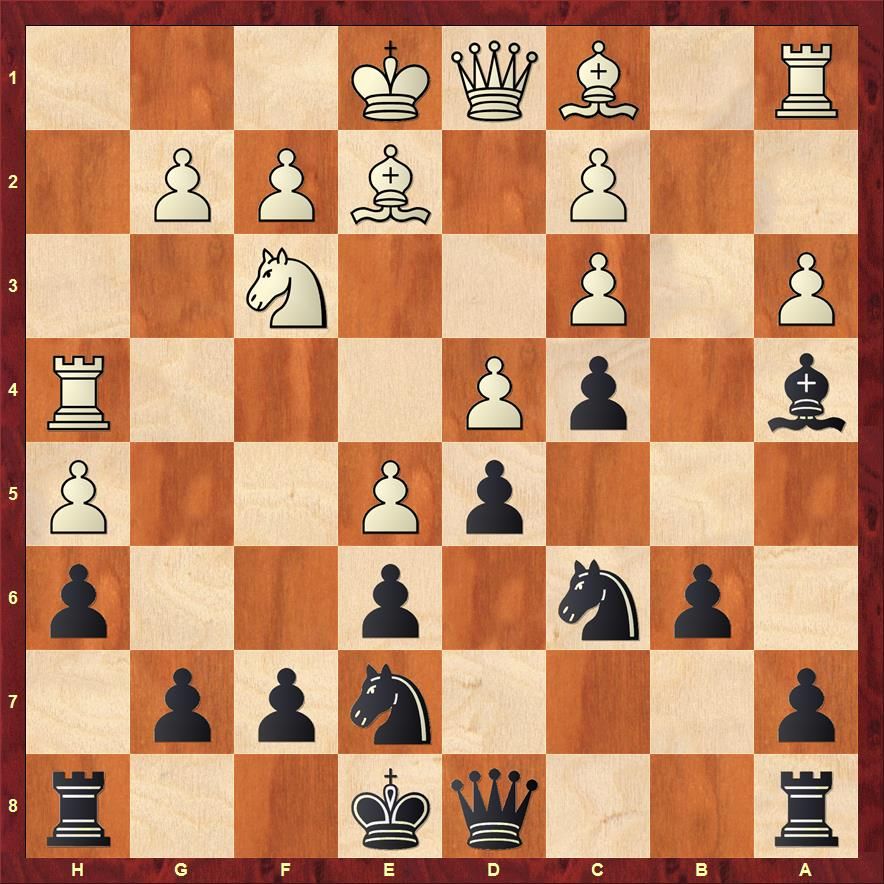 Once again, take ten minutes for this one and find the best way for Black (Yusupov) to continue.
We know that you are currently dying to know the answer of not only Hari's position but also Yusupov's. But Patience is a virtue! Now that you have already travelled 30 years into the past, how about going back another 79 years - 1907! In the town of Karlsbad in Germany two great masters Janowski and Rubinstein sat against each other. Little did they know that the black player (Rubinstein) would play a game that would be used as training material by coaches all over the world even in the 21st century!
Janowski - Rubinstein, 1907 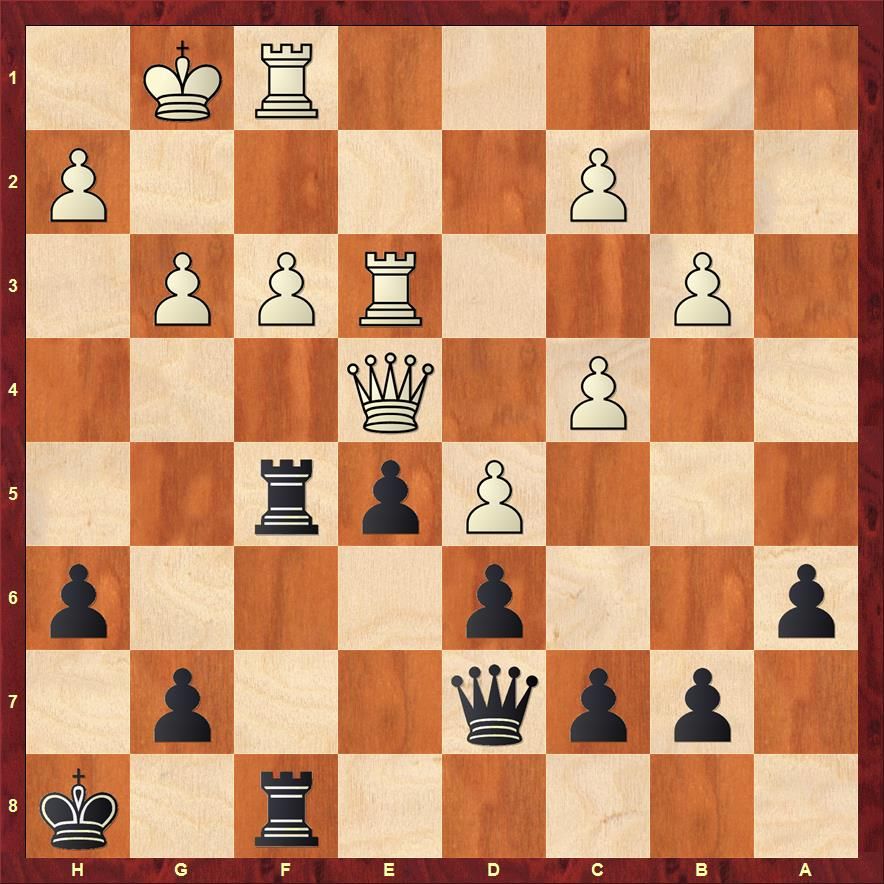 It's Akiba's (Black's) turn to play. Once again we would urge you to take ten minutes on the clock and find the best move for Black. 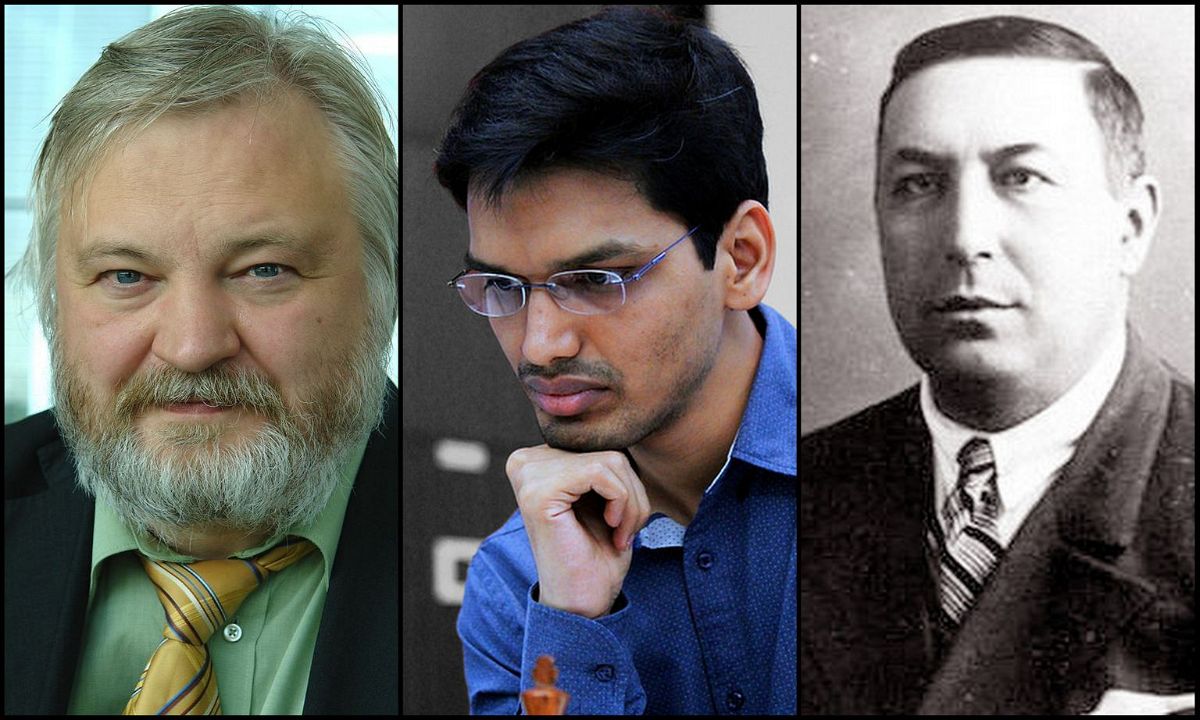 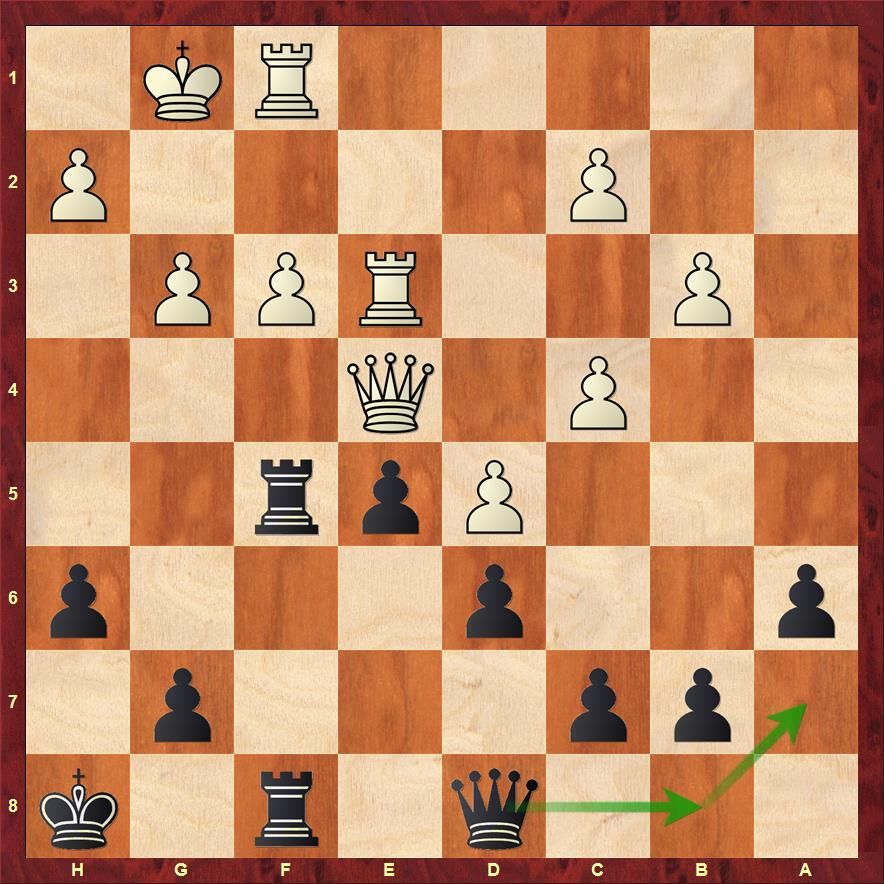 Akiba played the brilliant 29...Qd8! with the idea of activating his queen, not from g5 but from a7! With some excellent endgame technique he won the game!
Sokolov - Yusupov 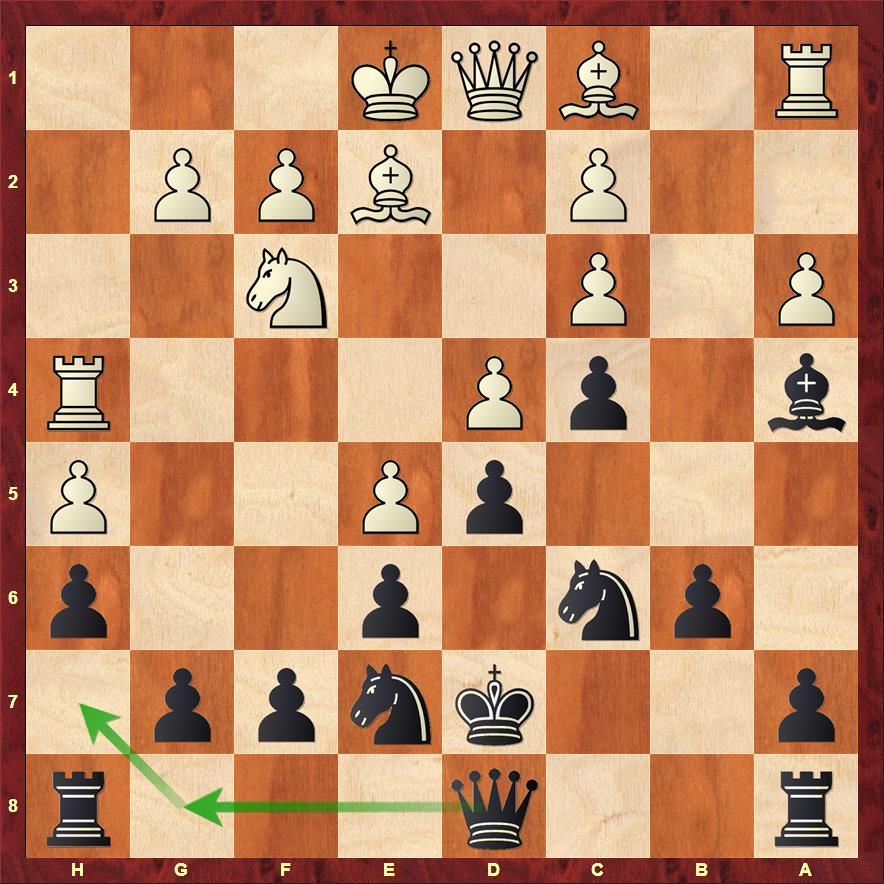 Artur quickly spotted that c2 square is quite weak and hence came up with the ingenious 13...Kd7! The idea is to transfer the queen to h7 via g8 and to put pressure on the c2 pawn! Yusupov won the game in 72 moves.
And after the brief history lesson, we are back to the game of our hero: 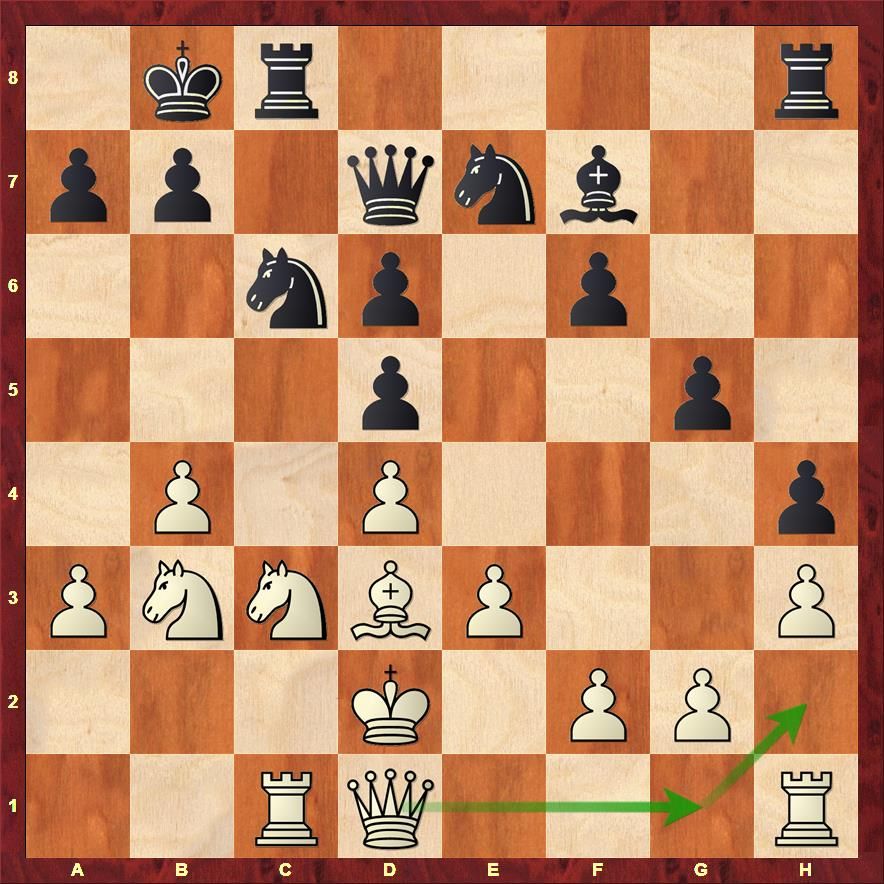 Harikrishna followed the footsteps of Rubinstein and Yusupov, played his king to d2 and activated his queen in this unorthodox fashion! Did Hari know these previous classical games?!! My guess is that he did, but it is not a question worth disturbing him on his birthday with! Play through this entire game where the master of creative chess, Alexander Morozevich, is beaten in creative fashion! 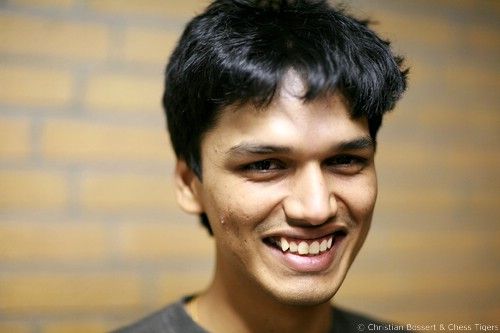 To show such skills at the age of 16 is simply awesome!
(picture by Christian Bossert)

We have two more fine combinations of Harikrishna played against the absolute elite. The first one was against the Azerbaijani genius: 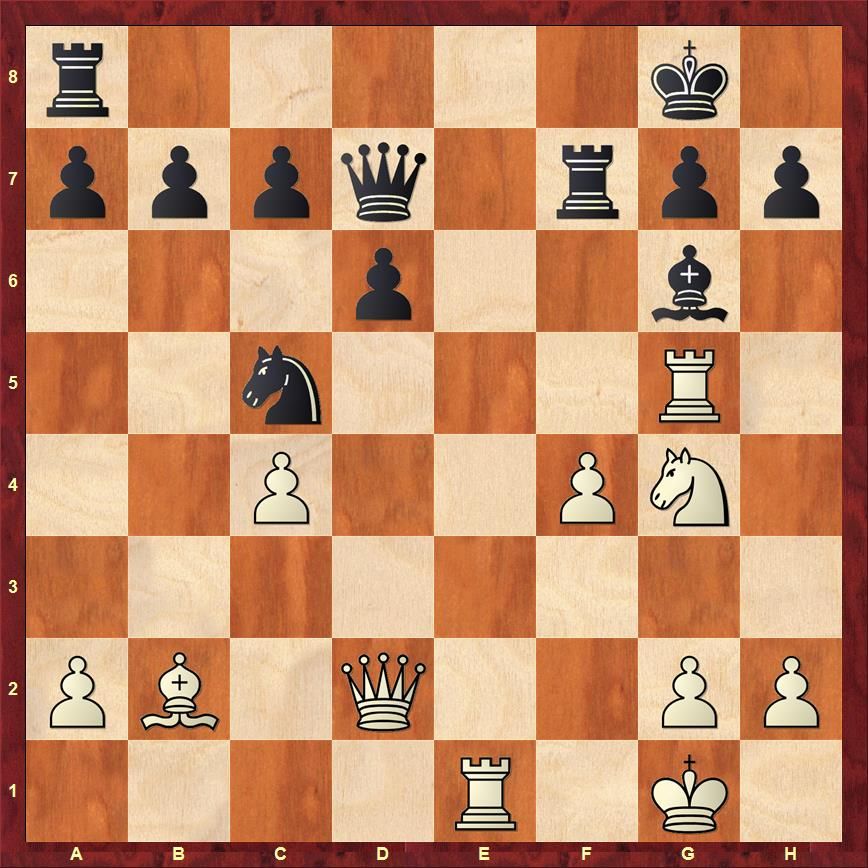 You have to put yourself in Harikrishna's (White's) shoes. You have 15 minutes to find the best move and work out all the details and then compare your answer with the solution given below.
Harikrishna - Nakamura 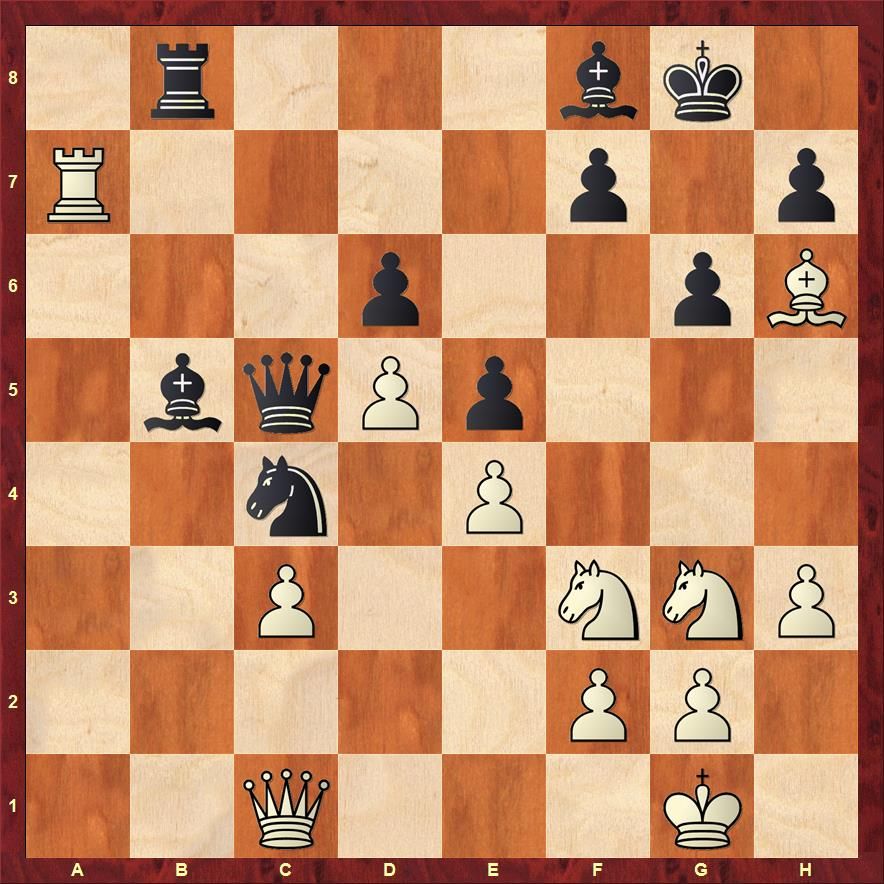 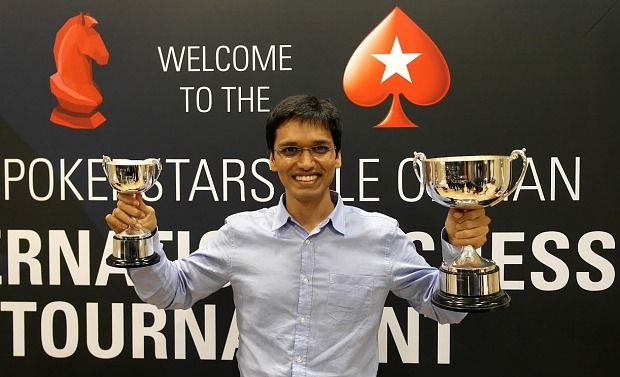 When your play is as good as that, your hands are bound to be full with trophies! (Photo by Alina l'Ami)
ChessBase India wishes Harikrishna a very happy 30th birthday! We hope that you continue to play such beautiful games which we can enjoy and learn from!