Harika in the 2015 Chinese League

One of the main reasons why countries like China are a step ahead of us is their national league system where teams consisting of an optimum mixture of players rated above 2700, talented players in the 2500-2700 range and women players compete together. Indian GM Dronavalli Harika played seven games across two legs of the 2015 Chinese League that began in April and ended this month. A report comparing the Indian chess scene with the Chinese league system and Harika's contribution in Team Beijing's victory!

Harika in the 2015 Chinese League 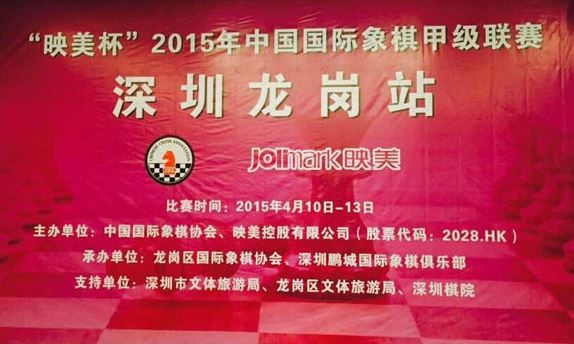 It is true that India is a chess superpower in the making, but in terms of quantity and quality of top players, our neighbour China has already stamped its mark. The 2014 Olympiad winners have players like Ding Liren, Yu Yangyi, Wei Yi, Hou Yifan, etc. who are extremely strong grandmasters in the 2700+ bracket. 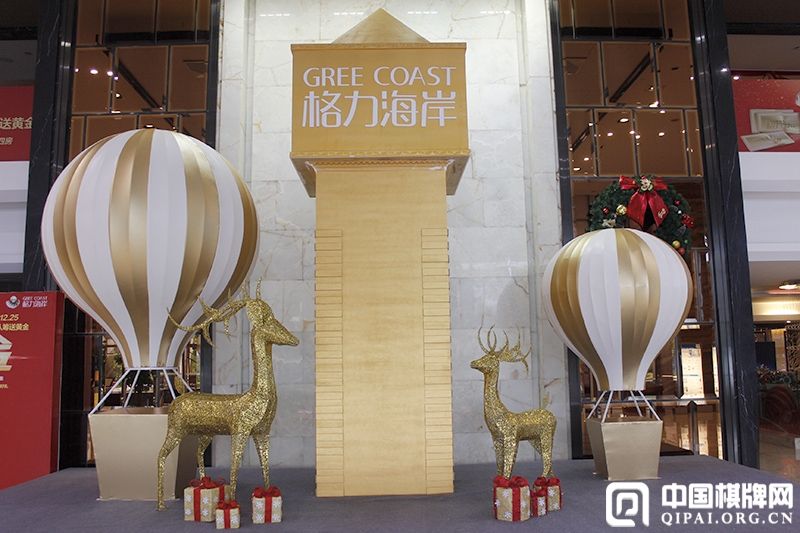 The host of the final leg of the Chinese League 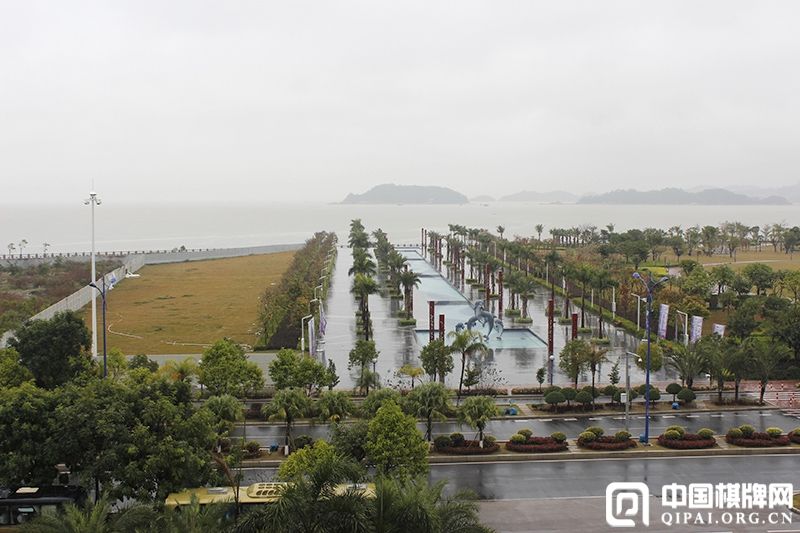 The stunning view outside...

One of the main reasons why countries like China are a step ahead of us is their national league system where teams consisting of an optimum mixture of players rated above 2700, talented players in the 2500-2700 range and women players compete together. This ensures that the grandmasters have an elite player to mentor and guide them, while the women players themselves improve in the company of higher rated grandmasters. And this is the story of the ‘A’ category only. To groom talented players in the lower rating range, there are lower categories where a similar league system is followed.

An obvious question that pops into your head next is why can’t India reproduce this idea and have a league of its own. After all, the amount of players we have and the scale at which the game is enjoyed here points at a simple fact that this idea is financially viable. We do have the Maharashtra Chess League, however, it is unlikely that a rapid tournament held over a duration of a fortnight can match the intensity of a full-fledged classical league like the German Bundesliga or the Chinese League. A very important reason why Brazil, England, Spain, Italy and Germany are football superpowers is that they have a strong league system divided into different categories where the world’s top players play on the same field as the talented cubs. India is a cricketing superpower not because of the IPL but due to the Ranji Trophy. Top Indians like GM Pentala Harikrishna have already made a case for an Indian chess league. However, that is a different story.

The Chinese League was started with the intention of nurturing talents at the national level to turn them into strong players. The difference this league has made for China that allows it to trump India by a comfortable margin can be explained with two examples: 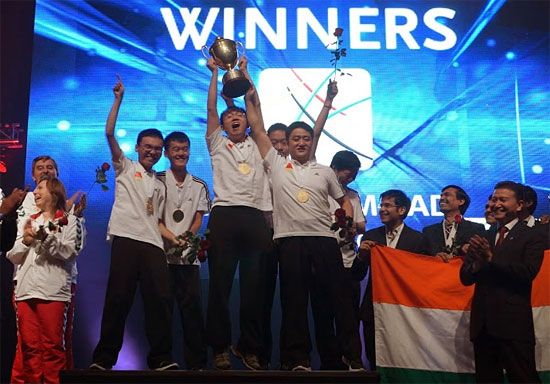 While India won its first ever bronze medal on tiebreak, China went one up and grabbed the Gold 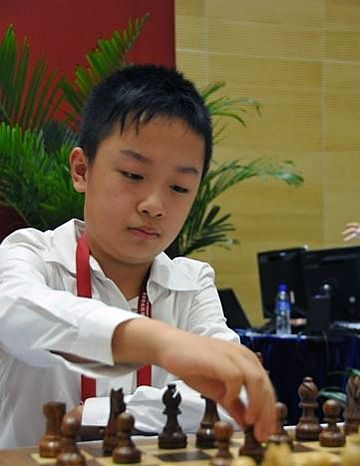 Back in 2010, we had reported about a certain 11-year-old prodigy rated 2244, who was playing in the Chinese League

If you study Wei Yi’s career, you will notice that he is a product of the Chinese tournaments, especially this particular league that began in 2005 and has completed a decade of producing fresh Chinese talents. Today, Wei Yi is a sixteen-year-old grandmaster and rated 2730…

The teams in the Chinese League can have a maximum of nine players in the roster, of which five players play in a match. Of the five boards, two are for match-ups between women players only. The league starts in the month of April and ends in December. It is divided into five to six legs with some 3-4 games in each leg, all of which are held in different cities. The 2015 edition that ended on 11 December saw twenty-two rounds of chess with six hundred and sixty games played.

The time control used is the traditional one with 90 minutes + 30 seconds increment per move for the whole game. There is no fixed method by which the teams field their players – any player can be stationed on any board as per the team’s interests. If a team is supposed to play white, then the men  will play with the white pieces while the women play with the black pieces. No draws are permitted until move thirty. The whole pairing is rolled out at the start of the event, which is a double round robin.

Interestingly, the teams are allowed to include one foreign player (non-chinese, of course) in their team. In the 2015 edition, India’s GM Dronavalli Harika played for Team Beijing in the league. 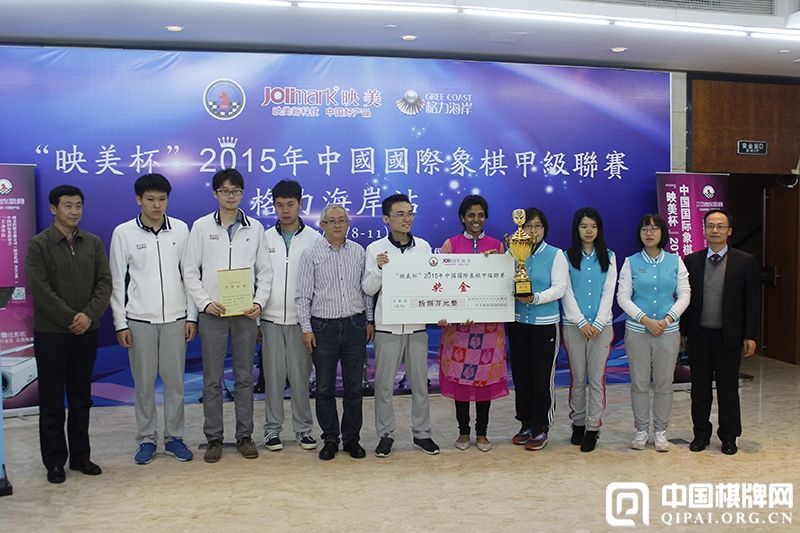 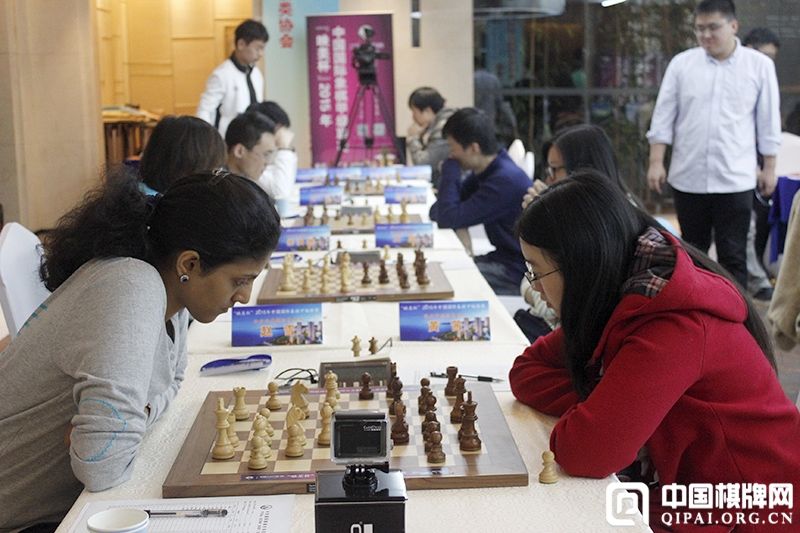 Harika was overjoyed about her performance for the team’s cause: “I have played in the Chinese league many times before and for different teams, but it is a nice feeling to be in the winning team!” she commented. “Our team had Wang Hao, Yu Yangyi, Zhao Xue and a few more good players. I played seven games in two legs in total and scored 5.0/ 7. I was invited for the crucial games with the strong teams. We bonded well and I became a part of the team very quickly. I am extremely happy that my team won and that I could contribute my bit.” 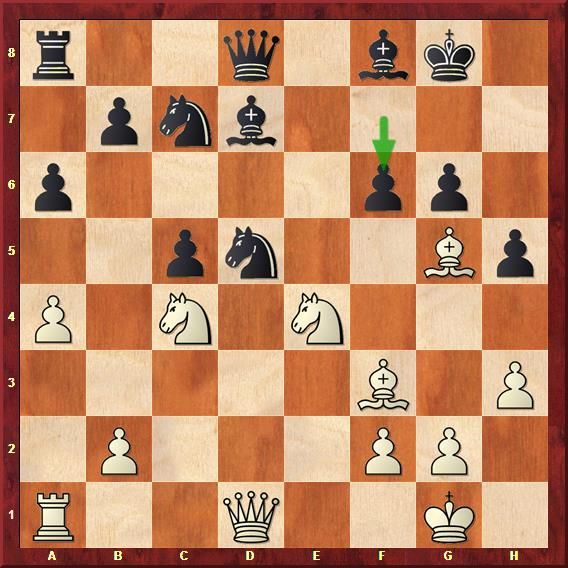 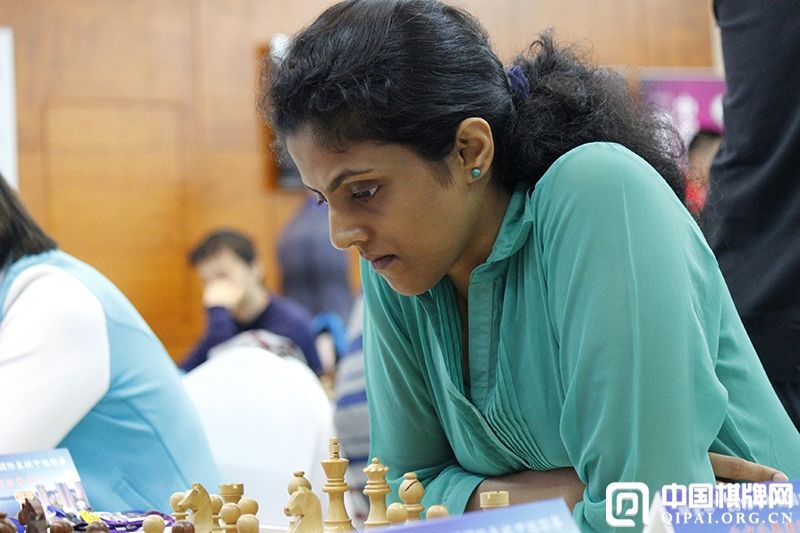 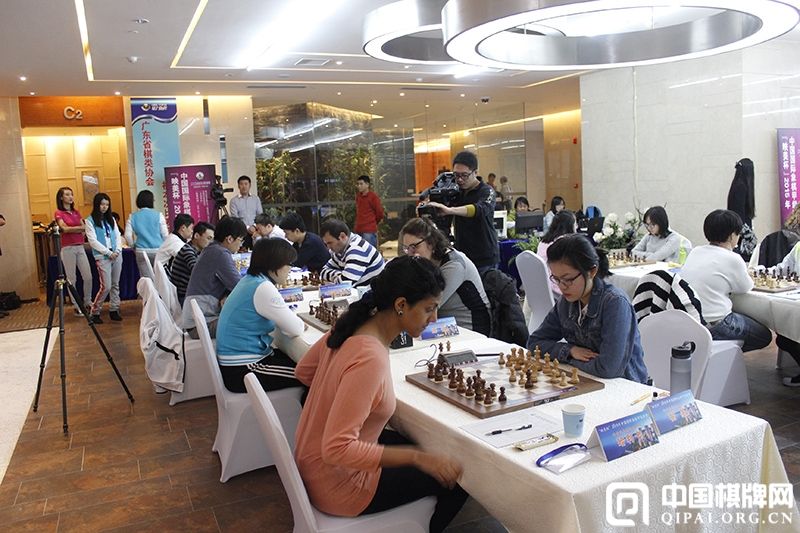 Harika taking on Zhai Mo (2324) in the final round game

The real challenge before Harika’s Team Beijing lay in the final round. Harika explained the situation: “Last round was very crucial as we were one point ahead and forced to win. Our opponent was the team from the Hebei province. They had Mamedyarov and Nana Dzagnidze playing, so it became tough for us under pressure. We had three whites for men and two blacks for women. We lost one point quickly as Mamedyarov cleaned up one of our players. We tried to give our best and in that specific round, I played a very long game against Zhai Mo (2324) and won with the black pieces.” 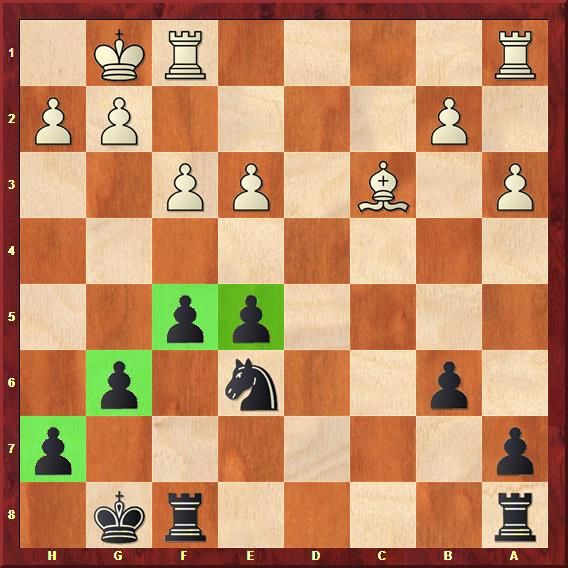 Harika was black here. The position is equal, but Black has more space, and hence a more comfortable position

After a few moves, the following position was reached: 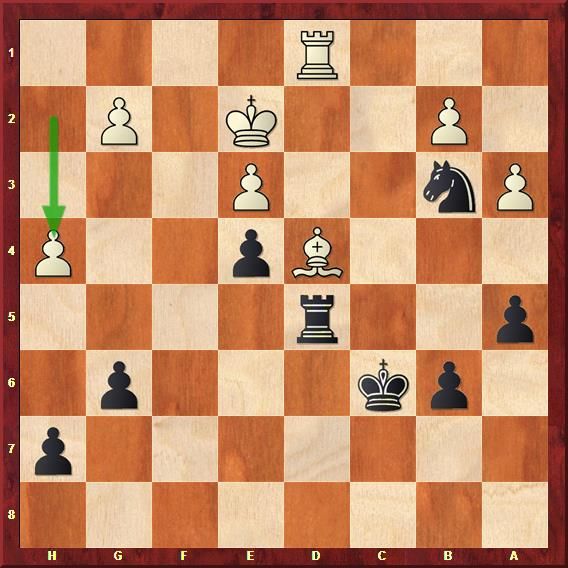 Harika could have forced the issue in her favour with the capture 38…Nxd4, when 39.exd4 allows 39…Rb5 40.Rd2 Rb3!, when Black has improved her position considerably and has an advantage. Harika went wrong with 38…h5 and White was in time to play 39.Bc3 and hold the balance until… 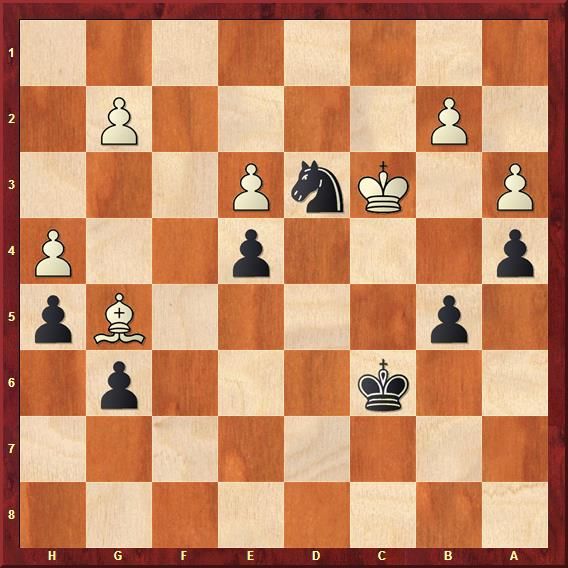 White played 55.Bf6? allowing Harika to gain the upper hand and win the game with 55…Kd5!

Of course, since all the games were ongoing at the same time, Harika had to keep pressing and win a point for her team. In the end, it turned out that Beijing won with the score of 3.5 - 1.5 as Zhao Xue beat Nana and Wang Hao won his game as well. 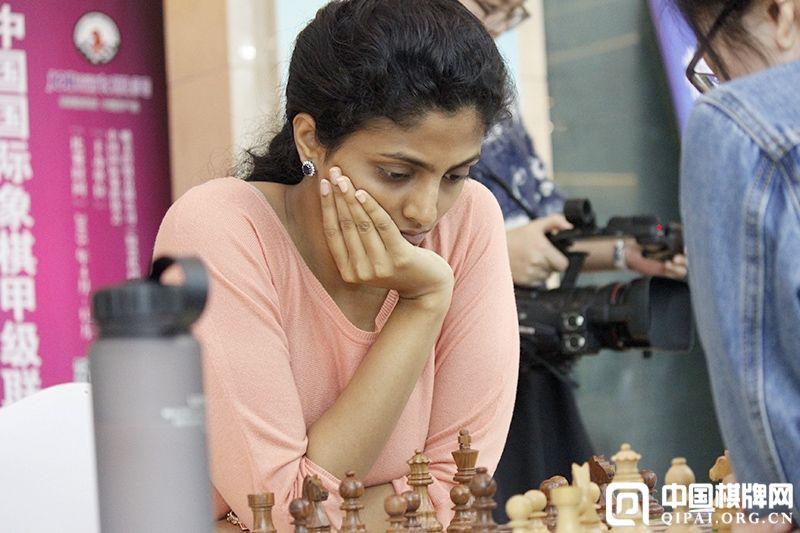 Harika during the game

Playing in the Chinese League for a strong team like Beijing and winning her first title with them is indeed a special achievement for Dronavalli Harika. More than anything, this experience of playing the Chinese will hold her in good stead.

All games in PGN.