Olympiad Caption Contest: And the winner is.....!

On the rest day of the Olympiad 2016 in Baku, we gave you a picture of Harikrishna eating Roti and a paneer vegetable, and asked you to suggest a funny caption for the picture! The best one was to receive a Master Class Vol.07: Garry Kasparov DVD. The response was overwhelming! There were more than 70 captions in the comments section. In this article we not only announce the winner, but have three extra prizes. We thank each and everyone who commented for their involvement and enthusiasm.

In our rest day article of the Olympiad 2016 we gave a funny picture of Harikrishna eating Roti and Paneer Vegetable! We asked you to send in your captions. The funniest one would get Master Class Vol.07: Garry Kasparov. The response was overwhelming and in the comments section of the article we received well over 70 captions! 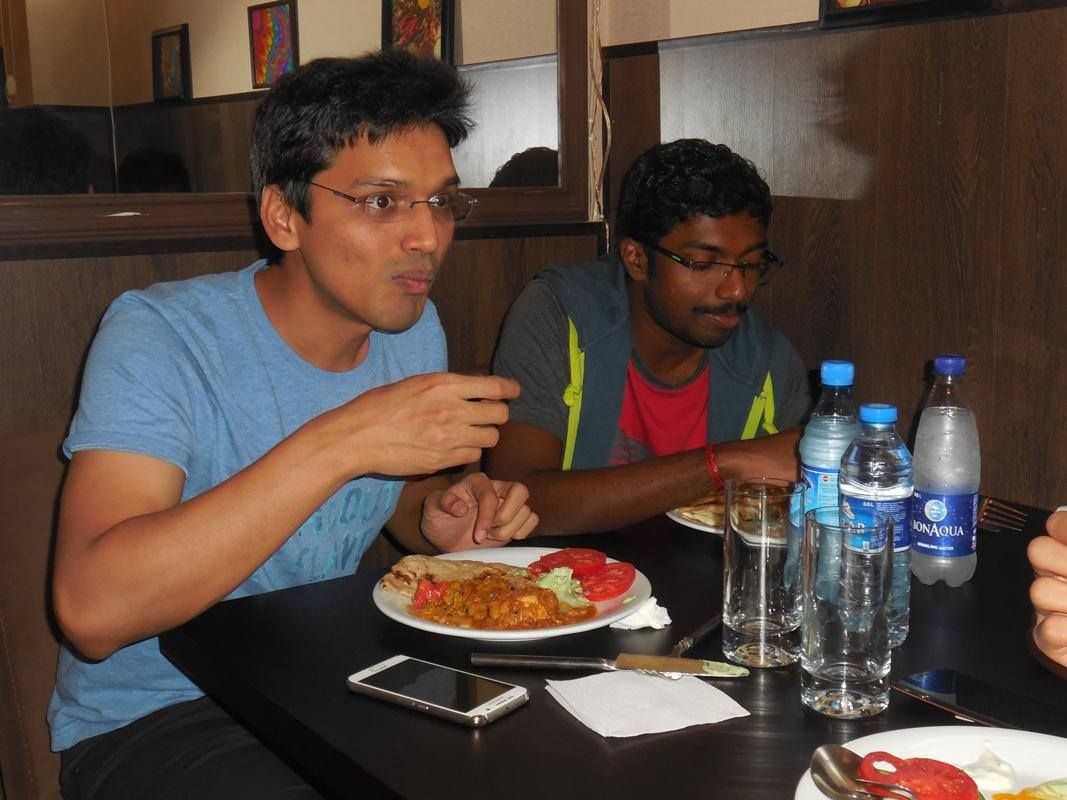 "This was the picture for which we asked you to send your comments. It was taken on the rest day when India was leading the open section with a perfect score of 12.0/12. Harikrishna was to play Anish Giri in the seventh round.

Because of the overwhelming response we have decided to offer three extra prizes. The best caption, as promised, gets Master Class Vol.07: Garry Kasparov. Next three places get three months of ChessBase Premium Account.

As Harikrishna was to play Anish Giri in the seventh round most of the jokes revolved around the Dutch grandmaster and his tendency towards making draws.

"mmmm....tasty! I already had Mamedyarov for breakfast, next I'll have Giri for lunch and then Carlsen for dinner!"

R.B. Ramesh to Harikrishna: "You're not playing in the sixth round"
Hari: What?!
Adhiban thinking: Yippie! An easy draw for me tomorrow!

"What?!! A biopic on my life with Salman Khan as the hero. Oh My God!"

" What? Anish has offered to get me a Jio sim if I accept the draw!?"

All four of you are requested to write to us at chessbaseindia@gmail.com to claim your prizes.

These captions do not win any prizes, but they were pretty good. Hence, we share them with you.

Harikrishna - What!? You're saying Anish Giri is 22 and is already married for a year?

"What! If Indian team wins a medal then 2 crore award for each player....."

ChessBase India thanks each and every one of you who commented on the caption contest. You might not have won a prize, but your excitement and enthusiasm went a long way in motivating team India to do their best.