Harikrishna played a blinder of a game to beat Li Chao at the fifth round of the Noway Chess 2016. Hari displayed purposeful aggression along with a keen sense of prophylactic thinking in the game. With this victory he powers himself to a 50% score. We also have a very nice video of Hari playing the mindball game on the rest day. A well spent rest day might well be the secret to his success against Li Chao!

"If you want things you never had, you must do things that you have never done!" This is the quote which Harikrishna followed in the fifth round of the Altibox Norway Chess 2016. Hari is known as a positionally sound player who likes to grind down his opponents. But, on Sunday he went all out in his game against Li Chao, to score his first win at this super-elite tournament.

First he began with the same opening that Magnus had used to beat Li Chao at the Qatar Masters 2015: 1.d4 Nf6 2.c4 g6 3.f3!? The f3 variation in the Grunfeld leads to dangerously imbalanced positions and this is exactly what Hari was looking for. He played some blistering chess, sacrificing pawns and breaking through the Chinese player's position. 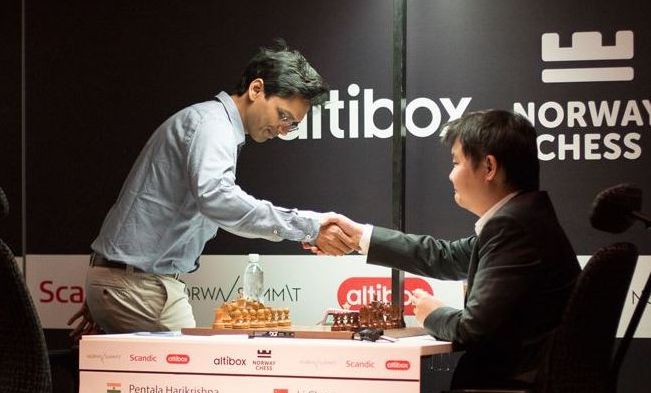 Two moments stand out from this game: 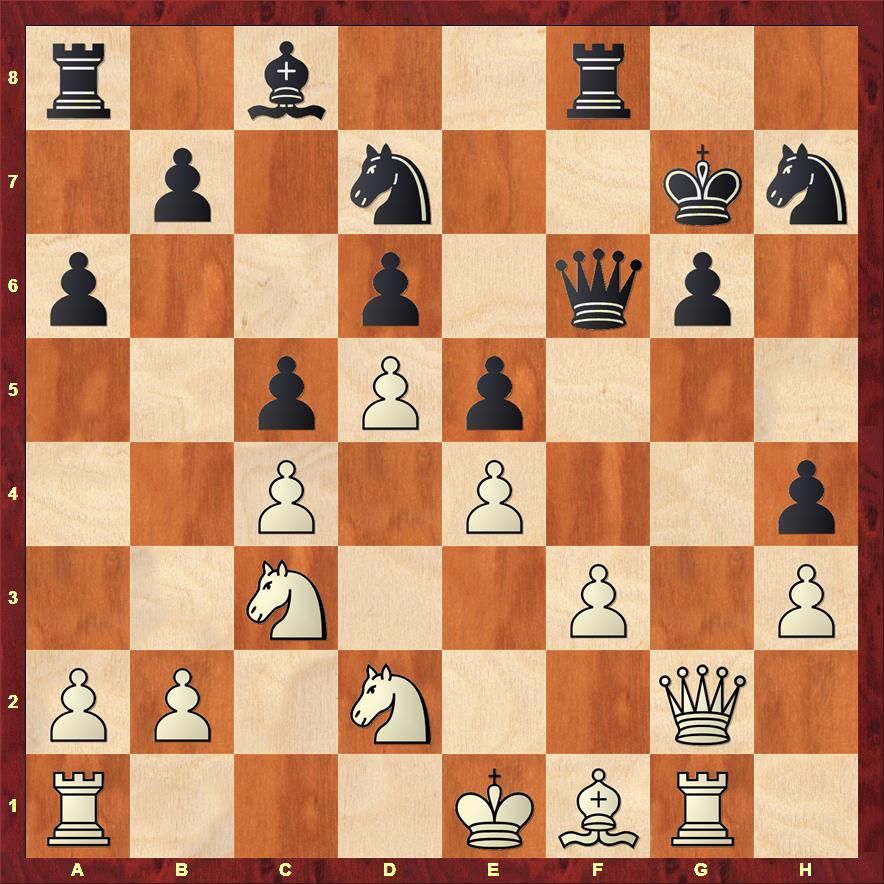 Harikrishna immediately realized that his opponent is looking to go for Rf7-Nf8-g5 followed by Ng6 and hence he found his own Knight manoeuvre with Nd1-f2-d3 with the idea of breaking through with f4! 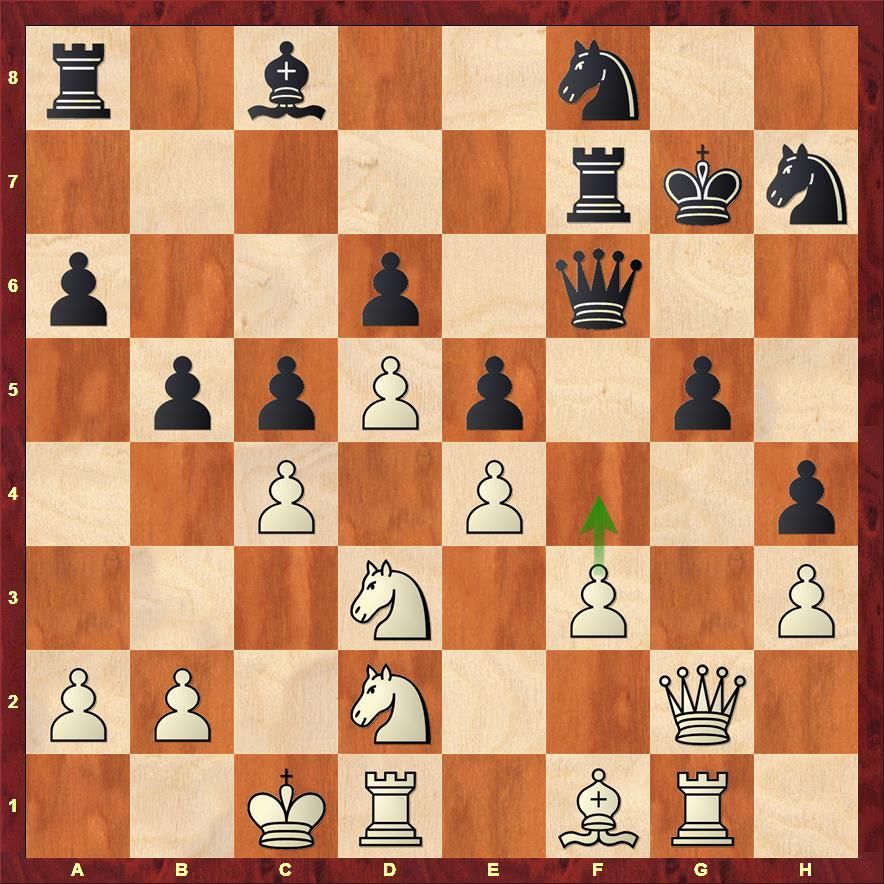 On a square that was securely guarded, Harikrishna broke through with 24.f3-f4 and after exf4, sacrificed another pawn with 25.e5! and won the game in style!

The post conference saw Hari in good spirits. But credit to Li Chao for not being depressed and contributing his side of the story to the analysis.
You can check Harikrishna vs Li Chao press conference starting above at 3 hours and 23 minutes.

On the rest day the players indulged in a sport which was not so different from chess: The Mindball game! This was for the first time that I saw or heard about something of this sort! Here is how the game works:

Mindball Game is contained in a table. On the table top a ball is moving back and forth during the game. The players wear headbands with electrodes which are connected to the table.

The electrodes are wired up to a biosensor system. The system that is used to measure the body's biological signals registers the electrical activity in the brain - so called EEG (Electroencephalogram is an electrical waveform that is recorded from the brain by using electrodes placed on the head).

Congratulations to Harikrishna for being the calmest and most relaxed mindball player amongst the elite grandmasters!