14th of February is celebrated all over the world as the Valentine's Day. While many of the chess players prefer sitting at the board and enjoying with the tactics and strategy of this royal game, there are the few romantics! In this article, that was sent to us by Praful Zaveri, we acquaint you with a beautiful love story written by Eduard Gufeld. He tells us the tale of how he fell in love with Bellochka. Read on and embark on an emotional journey with the ultimate chess romantic.

From Ukraine With Love 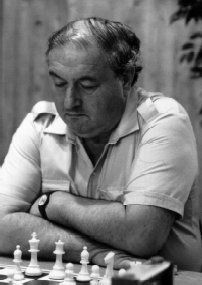 One great philosopher said that “Life is a real game and the only game is real life”.

For me, chess is life and every game is like a new life. And every chess player gets to live many lives on one lifetime. The chess players are similar to actors – one day they play Hamlet, the next day Romeo, and so on. But unlike other actors who have to follow the script written by the producer, chess players are the actor, producer, and director, and they decide their destiny in every game! And so it is life, where chess analogy and images are used to guide oneself and vice-versa. For example, when chess analogy is used in love.

There is a story about this man who was wooing this beautiful girl. He had tried nearly everything from flowers to nice love letters to win her heart and hand in marriage. But ‘Nothing Worked’. Then one day, he found out that she played chess. And so in his next letter to her, he used a few analogies about how great his love for her was. One analogy he used was “For me, you are the queen on d8, and I am the pawn on d7”!! Yes, his words with chess images won her heart, and they got married and lived happily ever after.

Now I will tell you a story from my life when I was not so lucky and I did not have such words. This story happened a long time ago and I have my system of counting time. It happened 40 kilograms ago while I was playing for the Ukrainian team in the Soviet Junior Chess Championship. 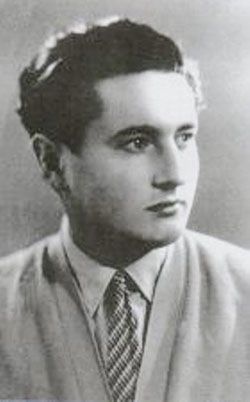 I was also... in love. Her name was Bella, or in the affectionate Russian diminutive, Bellochka. She was beautiful, had blonde hair, big blue eyes, which made move her, all the more. Of course, I had my rivals who offered her opening advice and adjournment analysis. So, I too tried. Incomprehensibly, she ignored me and refused all my offers to help her in chess. But I still remember those five wonderful hours that I spent daily of being in the same hall with her. I would share that time between playing my game and watching her beautiful blue eyes, and those were the best hours of my life. Then came the disastrous day when my team played against Uzbekistan. The game against my opponent Khasidovsky went as follows: 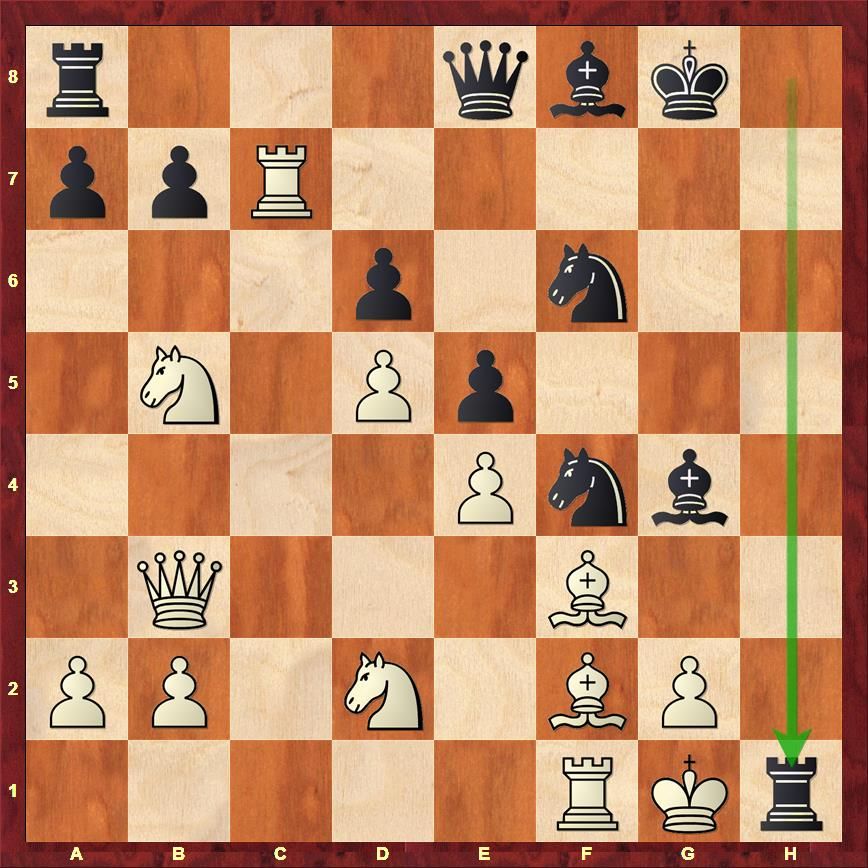 The rook has to be taken and this was replied by... 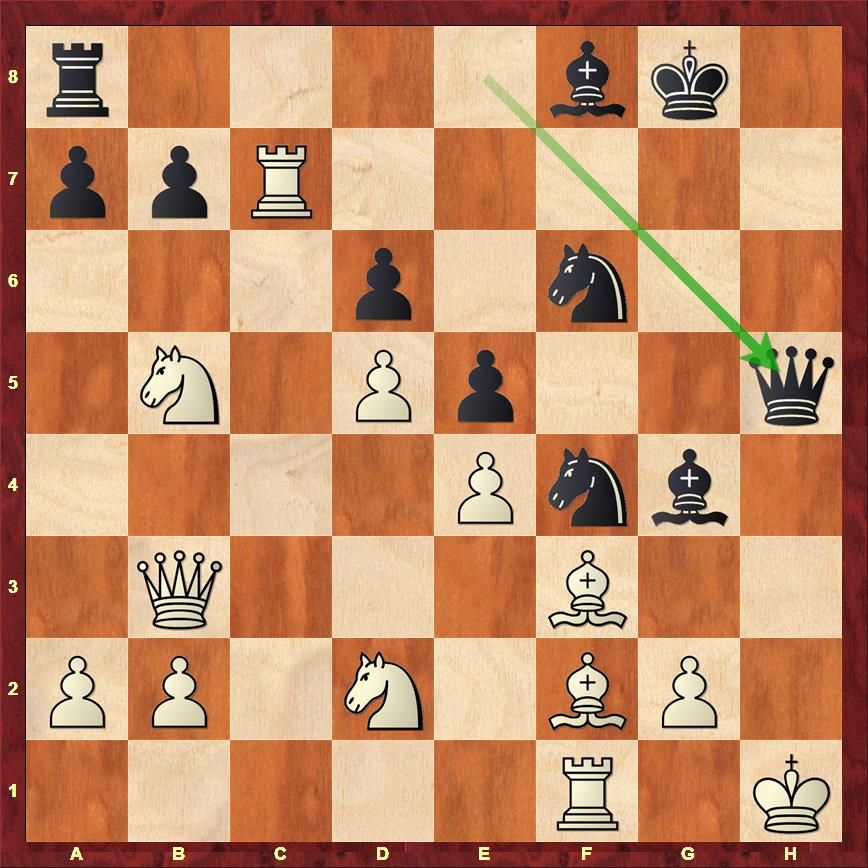 I sacrificed a Rook to win a tempo and get a winning position. It was really fantastic, and I felt inspired by my love for Bellochka. I was filled with emotion, by now, many of the tournament participants rushed to my table to see the combination. And I was hopeful to see Bellochka but she did not come. She remained in her seat playing for the Russian team. I ran over to her table and with eyes and heart, said to her, "see my combination". "This sacrifice that I have made, . . . it is for you".

Suddenly, she looked up and pierced me with 'her big beautiful blue eyes'. Surely she knew that I was not interested in her game. And I even thought that she had heard what my heart had said to her and maybe, just maybe, she understood my feelings. It was if time had stood still for that moment when we gazed into each other's eyes. Her eyes then turned away from me as she looked back at her game. She then quickly made her move and . . . blundered her Queen! It was a tragedy and she immediately resigned her game. A steady stream of tears began to flow from her beautiful eyes. I was stunned by her grief and blamed myself for what had befallen her. But being a great fan of the Indian movies, I knew what has to be done. I had to share her tragedy, just like that hero! But I cannot resign my game as I am playing for my team, so, I offered my opponent a draw, which he quickly accepted. The spectators were shocked by the draw, but they did not understand the love I had for her.

The post-mortem established that Black was winning, for example:

And what about Bellochka? She ran to her team trainer to complain that I was to blame for the loss of her game. She did not accept my sacrifice and only blamed me for her loss. The tournament officials reprimanded me for causing Bellochka to blunder away her queen and also forbade me from approaching the 'Russian ladies' team while they are playing their games. This was like going to the guillotine! Before the game, she does not want to see me. And, now during the game, I am not allowed to see her.

But God gave me a chance to see her - the best chance of my life, for on that day the match between Russia and the Ukraine came, the edict was not in effect. The games started on time and my chair was facing my Bellochka and not my opponent. I cannot remember what she played, only how she moved her pieces with her hand. By the end of the playing session, both her game and mine were to be adjourned and played off the following day, thereby permitting me extra hours in her presence. It seemed that our games would last forever. Only those who have in love at the age of 17 will understand how I felt.

When play resumed, I continued where I stopped the previous day watching her every movement. But on move 150 my opponent announced that on his playing Qb7, he would claim a draw based on the threefold repetition of position: 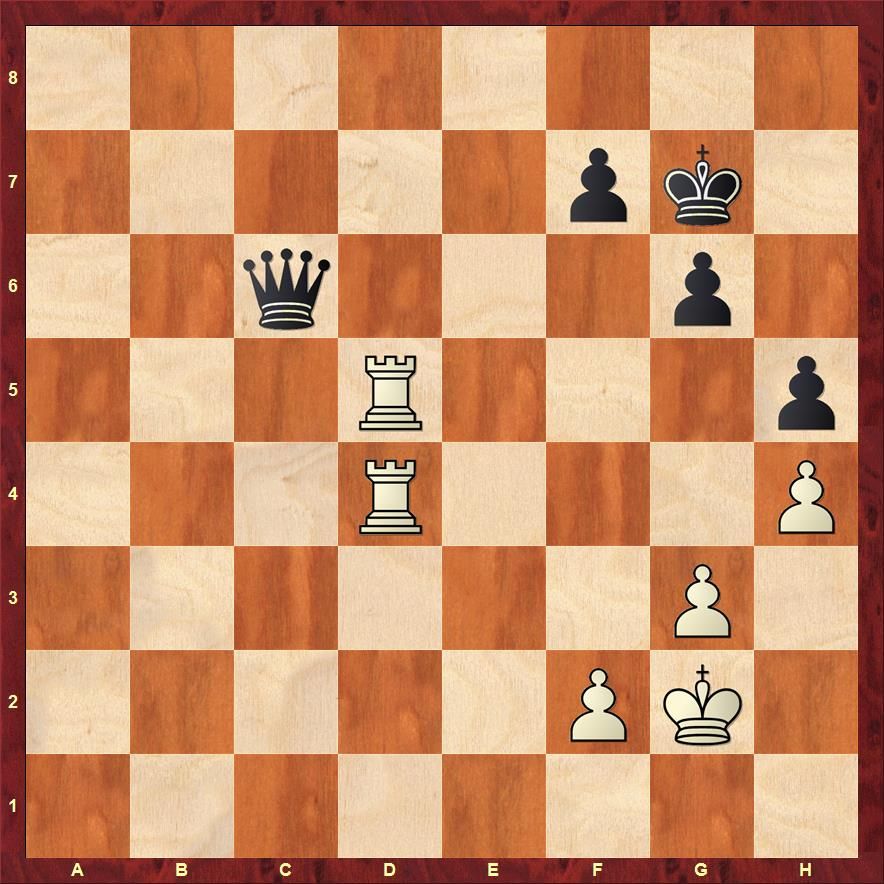 I was in trouble, for if this game resulted in a draw then I would have to leave the room and Bellochka. But this must not happen. I begged my opponent to play as long as possible but he did not agree. I immediately tried to complicate the situation. I argued that on move 120 the Rook that is now on d4 was then on d5 and the ‘rook that was then on d4, is now in d5 and with that, I claimed that there was no ground for a draw.

So I suggested to them that they play through the game and at move 120, the base of the Rooks be marked with Q (for Queenside) or K (for Kingside). And with this done, they can ascertain whether it was the same Rook on the same square on moves 135 and 150. Absolutely confusing! The officials were at a loss for the words and decided to retire to the other room to decide the issue. I had another 20 minutes to be with my Bellochka. Before I knew it, the officials were back. They declared the game a draw and reprimanded me for trying to confuse them.

Since that time, many years and countless tournaments have come and gone, but I have not seen Bellochka again at the chess roads. But, there is a final twist to this story. When this account was published in the Georgian newspaper, Lelo, the editors received an angry letter from a lady who wanted to know about Bellochka’s destiny. She wrote, “I cannot imagine how Bella could have turned down such a nice and charming (and future Grandmaster!) man like Eduard Gufeld!"

Eduard Yefimovich Gufeld was born in Kiev, Ukraine, on March 19, 1936. He was fondly called Eddie or Edik by friends and admirers, of which there were legions in every country he had visited. Everywhere Eduard went he made a lot of friends. He had the perfect ingredients for winning them: cheerfulness in disposition, gentlemanliness in character, graciousness in manners, and an infectious sense of humor.

To the enduring fortune of chess, Eduard chose to pursue a career that did not require regular participation in tournament competitions and so was able to focus on the artistic aspect of the game. For more than fifteen years, he coached the renowned supergrandmaster Yefim Geller who, during this period, consistently qualified in candidates matches for the world championship. In several Olympiads, he served as trainer, coach or captain of the victorious USSR Men’s Chess Olympic Team. For his outstanding contributions to the Soviet School of Chess, he was awarded the title of Merited Coach of Georgia and the Soviet Union. Only after he had become a well-known coach for Maya Chiburdanidze, Women’s World Champion (1978-1991), could he really travel overseas a great deal. But then he could not play so much.

Read more about Gufeld in this ChessBase article by Elmer Dumlao Sangalang. 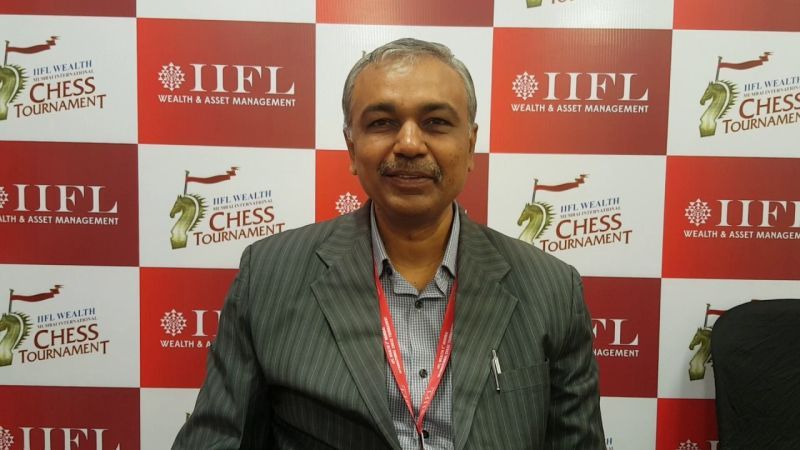 This article was sent to us by FI Praful Zaveri. Praful is the founder of Indian Chess School Academy and the organizer of IIFLW chess tournament. He is a popular trainer in Mumbai and also the author of the critically acclaimed Chess Course book for beginners. His vision is to build the chess culture in his hometown Mumbai as well as India and help the country produce many more grandmasters in future.