The third round at the Gibraltar Masters turned out to be an excellent one for Indians. Harika was surely the performer of the day as she played a nearly flawless game against Nigel Short. Vishy Anand showed exactly why he was rated 340 points above his opponent and Aravindh Chithambaram once again impressed us with his imaginative attacking abilities. We also have a very nice blitz tournament report sent to us by IM Nisha Mohota from the venue!

Nearly a year ago Nigel Short, in his column for the New in Chess, wrote about how men are hardwired to be better chess players than women. This resulted in a huge debate which saw Nigel being the cener of attack from women and international press all over the world. 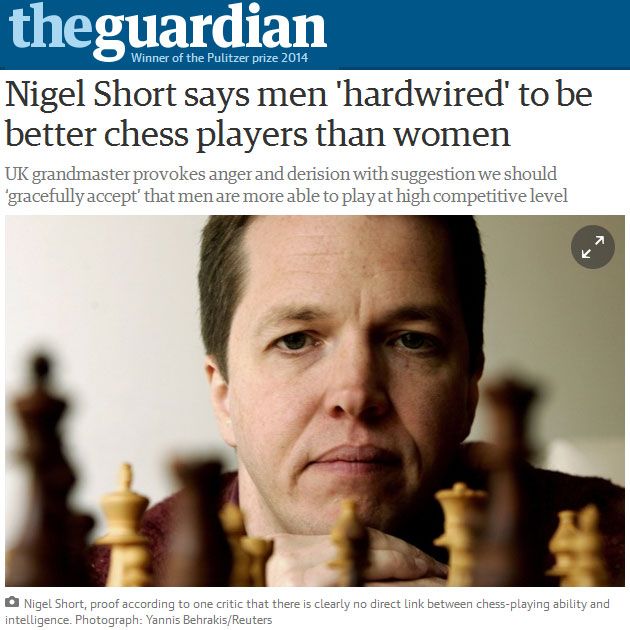 Yet, Nigel's point was simple: Have a look at the statistics - there is only one female in the top 100 player's list in the world. Women all over the world wanted to get back at Short proving that they were not worse than men. But how could they? Nigel Short was a strong 2684 grandmaster and beating him would be close to an impossible task for 99% of them. The woman players needed some strong representatives to beat the English grandmaster and they found one at the Gibraltar Masters 2016! 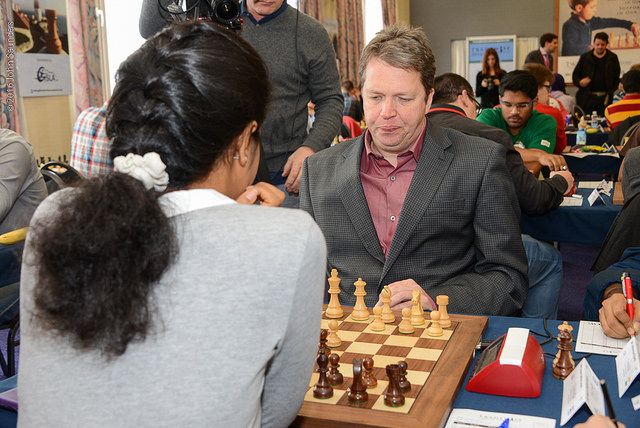 Nigel faced an extremely strong female grandmaster in the third round and slumped to a miserable loss. Any guesses on who she is? 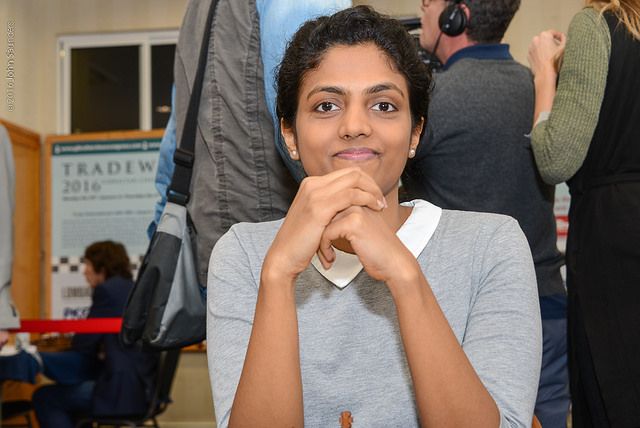 She is none other than India number two Harika Dronavalli

The thing which made this victory even more special was the fact that the girl from Andhra completely outplayed her legendary opponent. Move by move she increased the pressure and soon Short was left gasping for air. A tactical blunder towards the end, sealed the deal in Harika's favour. This game is a must watch, but before that try to see if you can find Harika's nice little finishing trick: 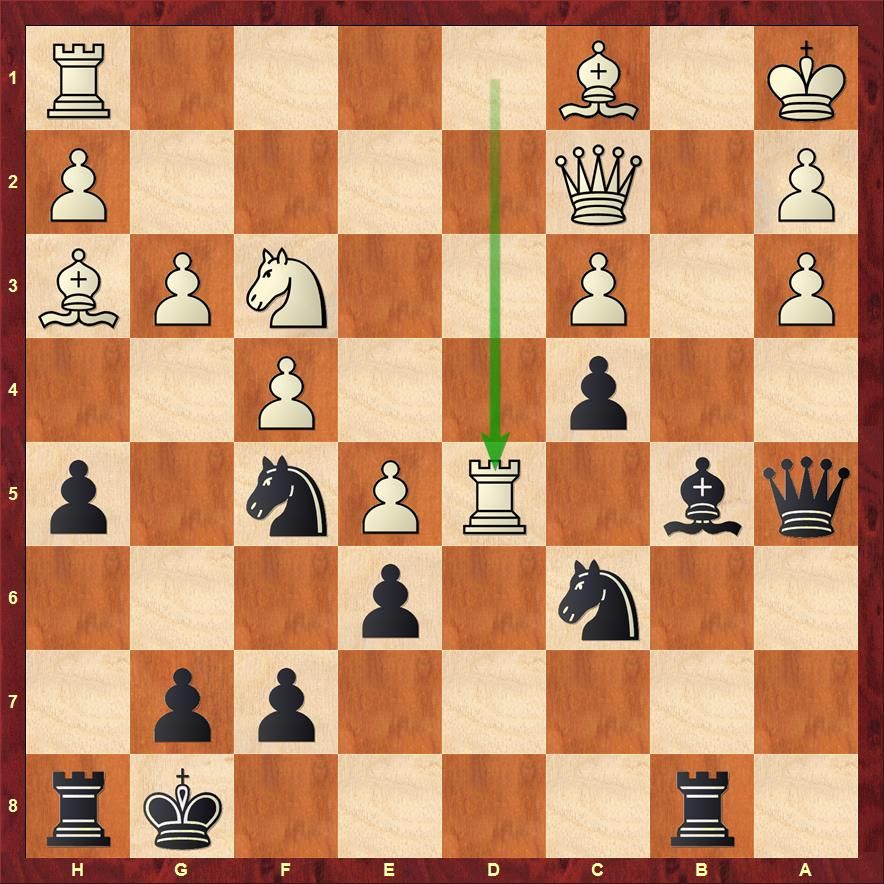 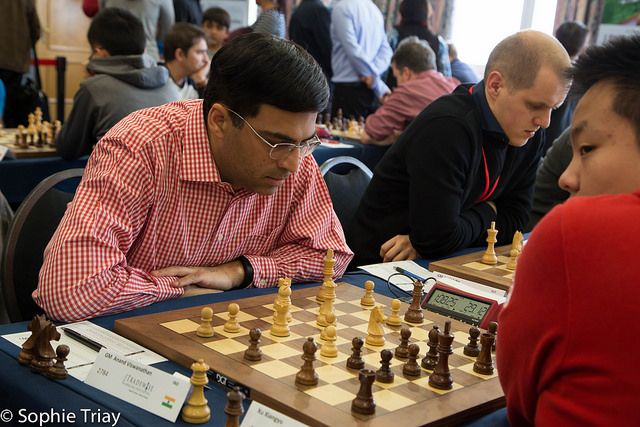 Vishy Anand was all concentration personified and crushed his Chinese opponent without any difficulties. Have a look at the clock! 40 minutes ahead. There's a reason why he was called the speed king.

Anand's game gives you a thorough demonstration of how to play when your opponent's king is in the centre and has no safe hiding place. 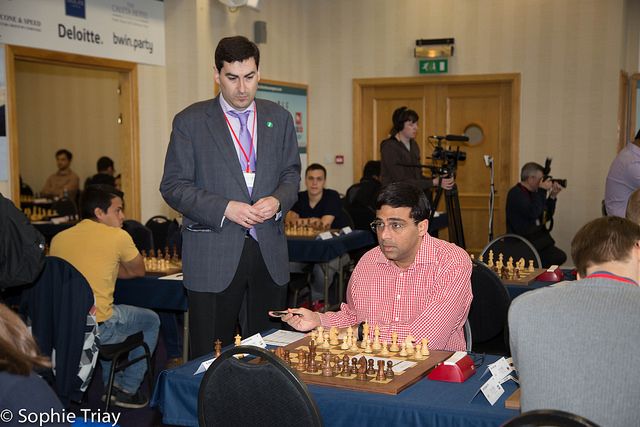 With back to back victories Anand is now on 2.5/3 and faces Grigory Oparin (2565) in the third round 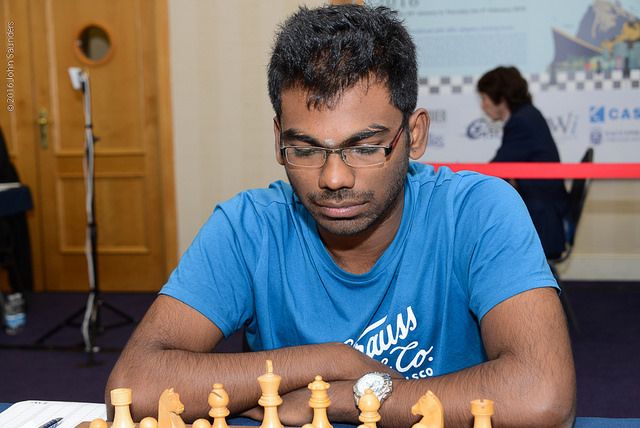 Sethuraman beat Bai Jinshi with a fine piece sacrifice and now leads the tournament wth 3.0/3. He will be up against Maxime Vachier-Lagrave in the fourth round on the top board. 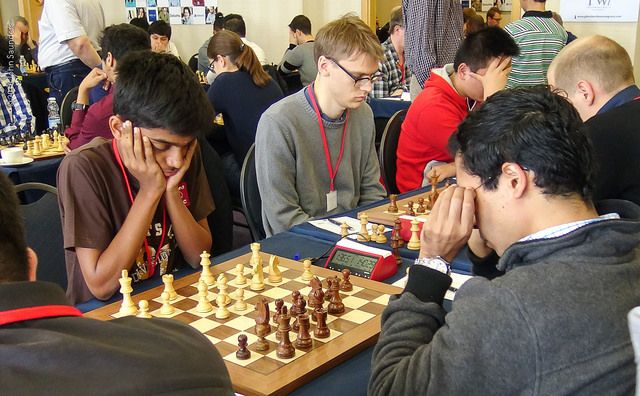 Once again Aravindh Chithambaram impressed us with his attacking play by beating fellow Indian grandmaster Sandipan Chanda. Aravindh is on 3.0/3 and faces Harikrishna next. We would like to remind you that the last time Aravindh played against Hari at the Qatar Masters 2015 the game ended in a draw. 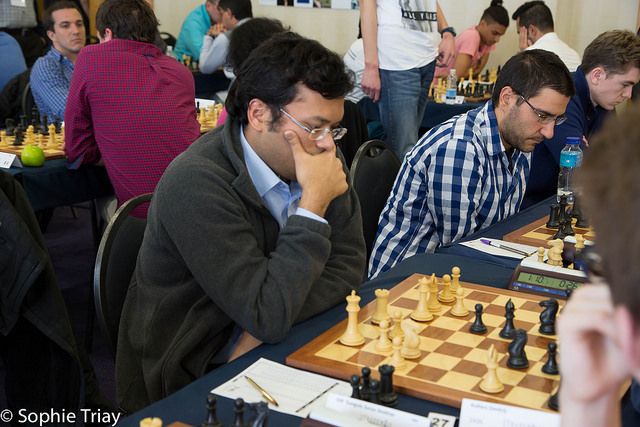 After a draw in the first round Surya is back and is now on 2.5/3 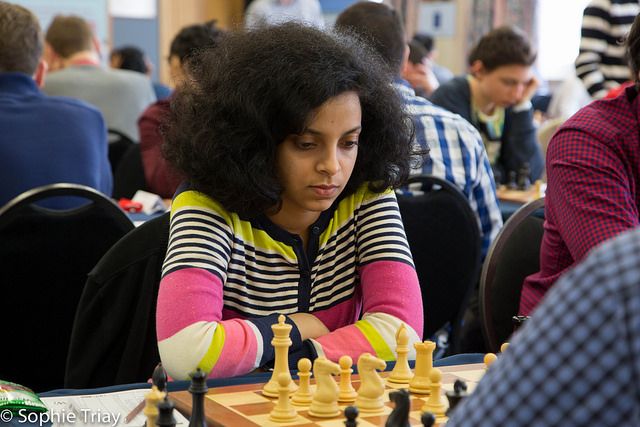 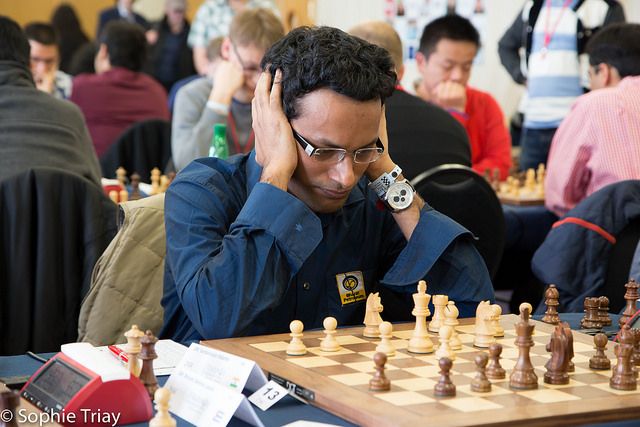 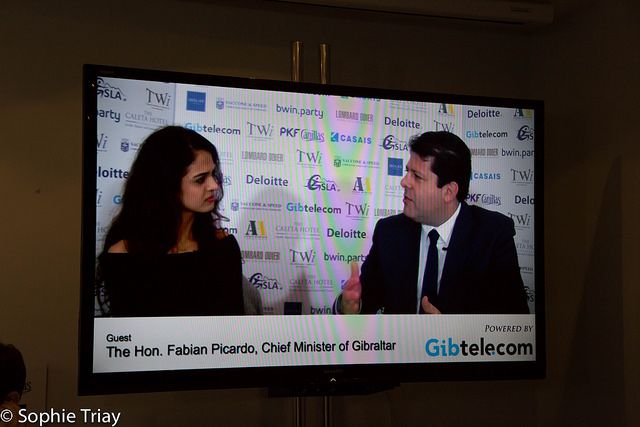 Tania Sachdev seen in conversation with Chief Minister of Gibraltar Fabian Picard
Watch the fourth episode of the Day's Play with Tania:

The extra events in Gibraltar is what makes the festival special. Today there was a team blitz event from 9.p.m. Unfortunately I could not play in it as my main game continued for more than six hours - almost seven! I was at the chess board with my opponent- first playing, then analysing! In a way it was good that my game finished late- not being able to play the team blitz acted as a silver lining- I could take photos and watch the fun!
Each team needed to have four players. 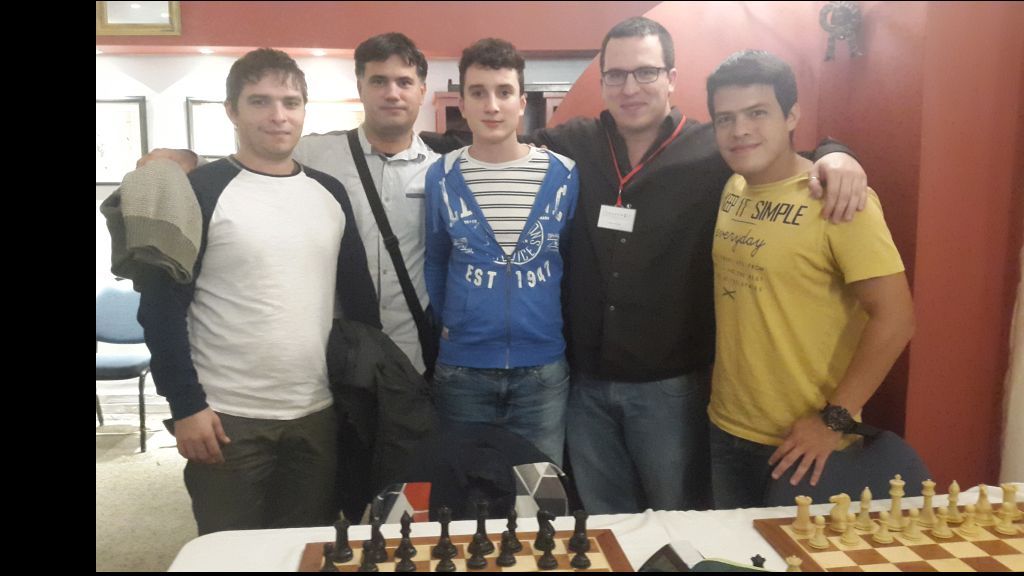 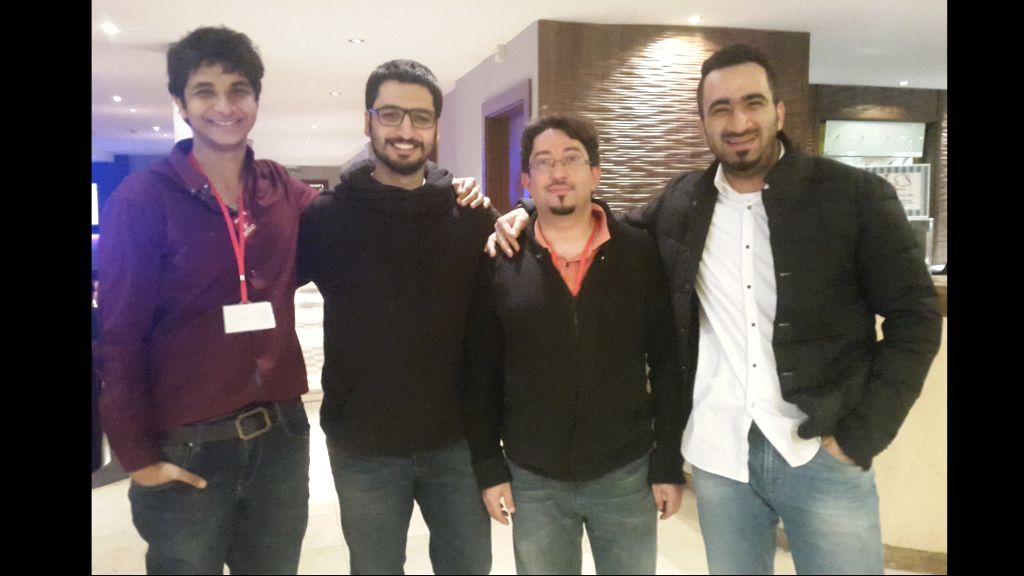 Runner's up - Too fast too strong 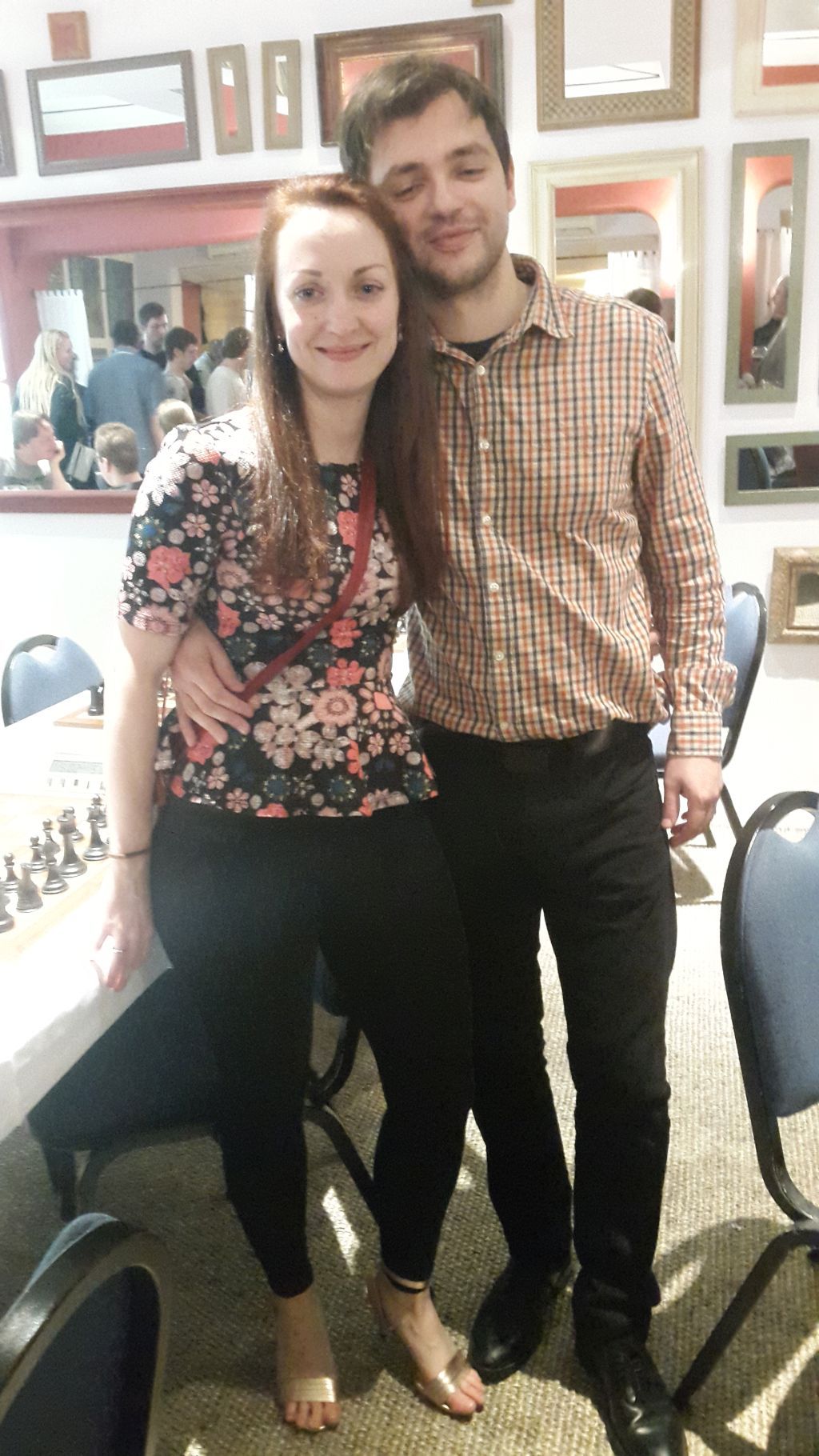 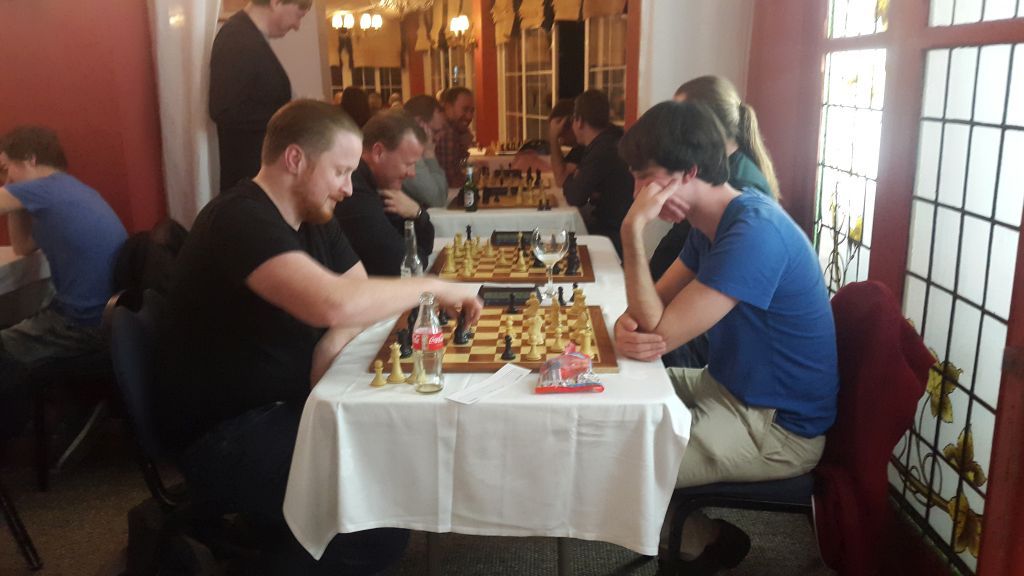 This was from the last round and if you see properly (pic is a little hazy) everyone in Simon William’s team started laughing- something happened on board 4 (extreme end) and the full team ended up having a guffaw! That’s the fun of blitz! Most interesting for me was to watch 77 year old Stewart Reuben in action! 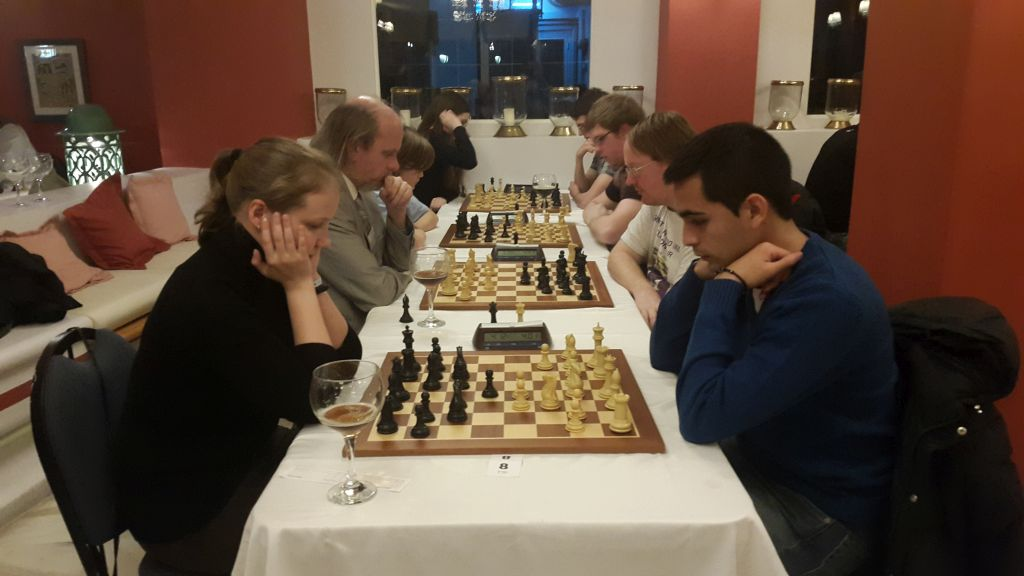 Gunina and Stuart Conquest in action! It is nice to see commentators, tournament director, arbiters in action in blitz! 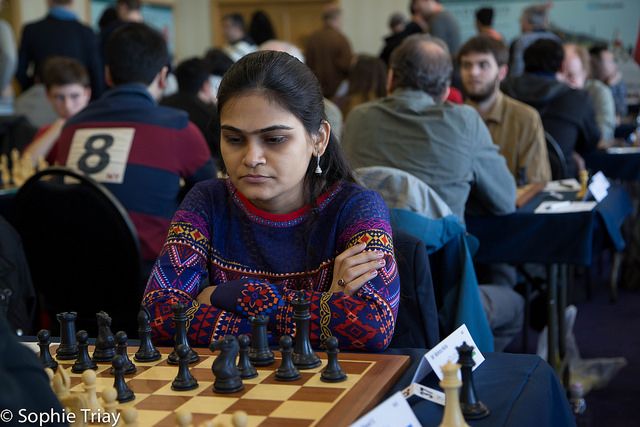 The report of the blitz tournament was sent to us by IM Nisha Mohota who is playing in the Gibraltar Masters 2016. After playing for nearly seven hours against GM Pontus Carlsson and drawing her game, Nisha then took the pictures of the blitz tournament, came back to her room and sent us this very special report. Hats off to her stamina and also her love for the game! We thank Nisha for being a reporter on site and sending us these lovely tidbits for our readers to enjoy.